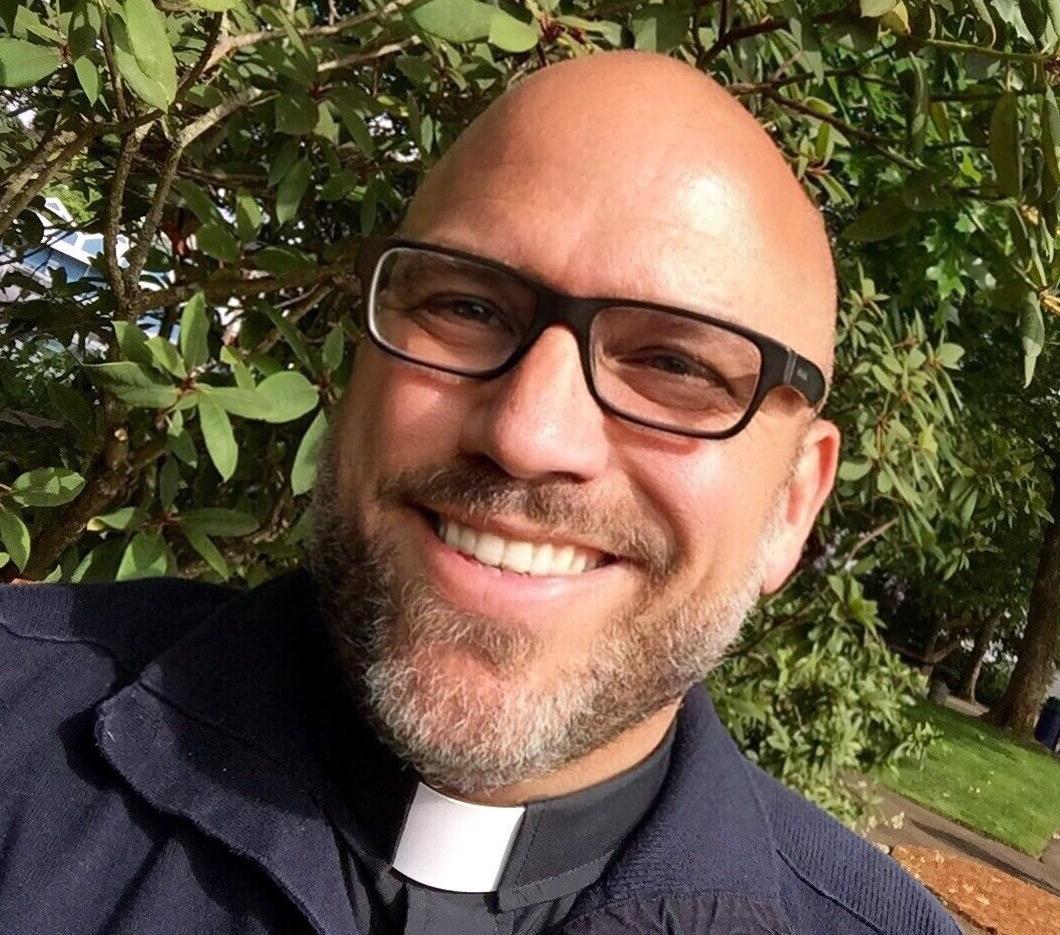 'It's a church where people can actually come and be themselves, especially people who have been hurt by church,' says the Rev. Tommy J. Dillon, rector of St. Margaret’s Episcopal Church of Baton Rouge. 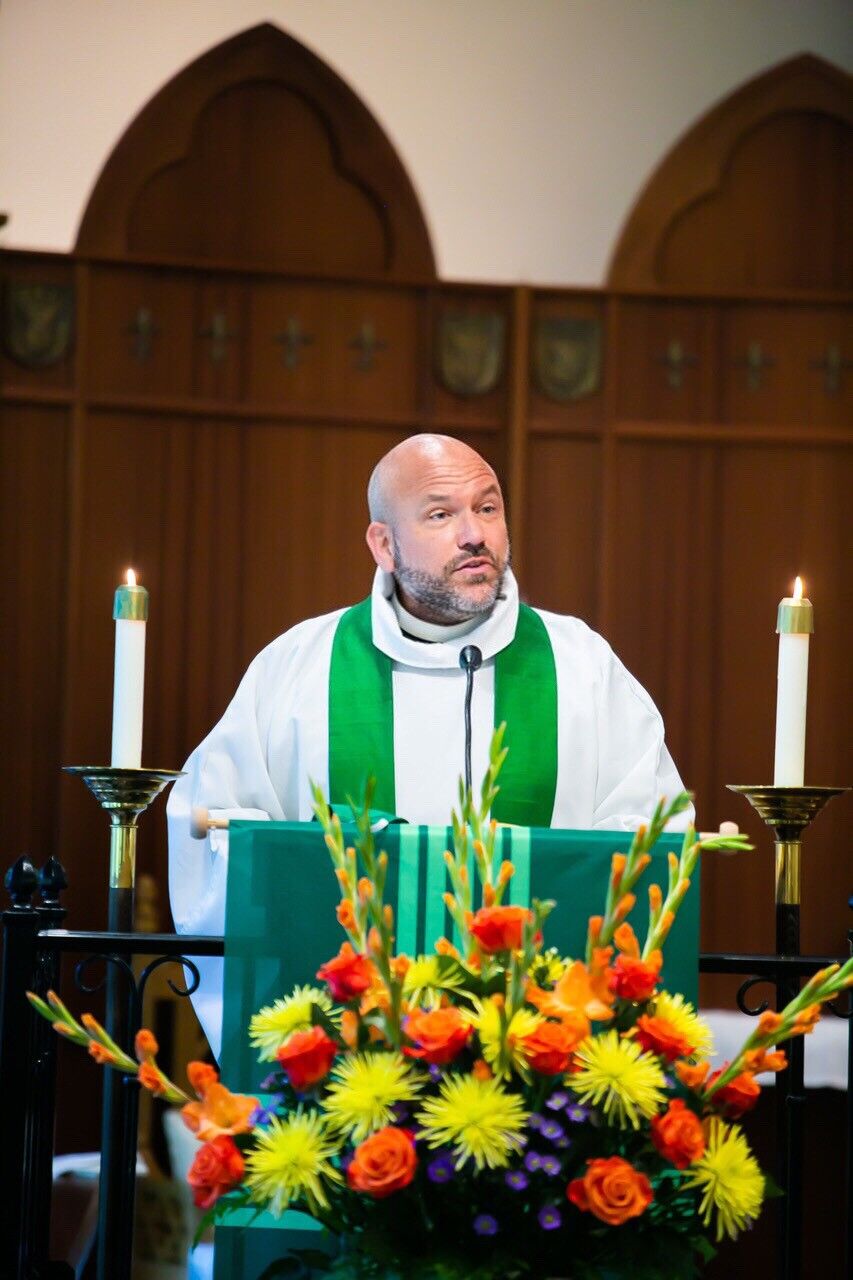 'A lot of churches, they welcome you,' says the Rev. Tommy J. Dillon, rector at St. Margaret’s Episcopal Church of Baton Rouge. 'But this church really authentically welcomes everybody.' 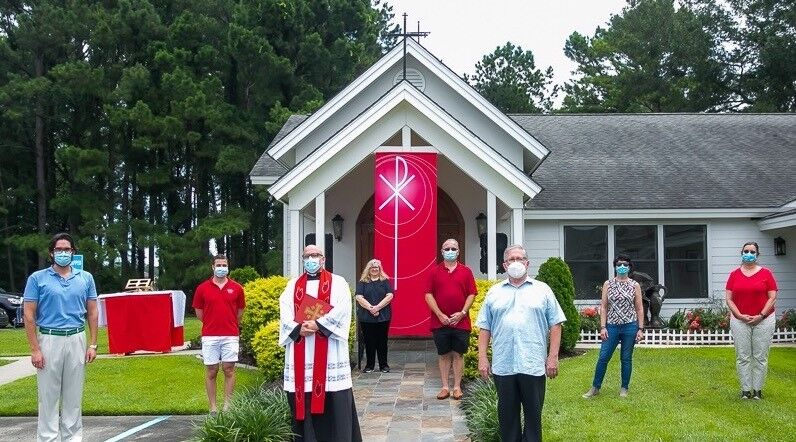 'It's a church where people can actually come and be themselves, especially people who have been hurt by church,' says the Rev. Tommy J. Dillon, rector of St. Margaret’s Episcopal Church of Baton Rouge.

'A lot of churches, they welcome you,' says the Rev. Tommy J. Dillon, rector at St. Margaret’s Episcopal Church of Baton Rouge. 'But this church really authentically welcomes everybody.'

It's written right there in the mission statement: "St. Margaret’s Episcopal Church is a joyful community, grounded in the love of Christ that welcomes and includes ALL with meaningful worship, service to the community, and commitment to growing as faithful Christians."

"It's a church where people can actually come and be themselves, especially people who have been hurt by church," said the Rev. Tommy Dillion, a Baton Rouge native and the church's rector since 2016. "They're able to tell their stories and be honest and also see and realize how God has changed their lives."

Dillion, 51, said the church's mission is reflected in the lives of members, who come from myriad economic backgrounds, experiences and political views. They have joined together in love for each other and for God.

Dillion, who is gay, stressed the church's authenticity and inclusiveness.

Another beautiful thing for Dillion is to see how members come together for ministry inside and outside of the church.

In light of the COVID-10 pandemic, St. Margaret’s is still encouraging small group studies through technology. Dillion said the church has also hired a consultant to promote families, youth and young adults.

"We have so many families now with babies and young kids, and these parents want their kids to grow up in an authentic, Christian community," he said.

The church, located at 12663 Perkins Road, has become known for its ministries, such as its addiction recovery; Laundry Love, which partners with people, groups and laundromats in neighborhoods to care for the poor and vulnerable by assisting them in washing their clothes and bedding; and the St. Nicholas Giving Tree, which works with Greenoaks Funeral Home to provide Christmas presents for families and people in need through the Volunteers of America’s Tree of Hope Project. Church members also work with immigrants and are involved with the Interfaith Federation of Greater Baton Rouge and Together Baton Rouge.

Dillion also takes a bit of pride in St. Margaret's being voted a local magazine's "favorite church/family worship center" for 2020.

"We're about being present in the community and how we can actually help change the world for the better," he said.

Before COVID-19, St. Margaret's helped feed the homeless once a month underneath the Mississippi River Bridge in Baton Rouge. The church delivers healthy food boxes to needy areas, Dillion said.

"Our main goal is to bring God's kingdom on Earth now, instead of waiting until Jesus comes back," said Dillion, who also serves The Church of the Nativity in Rosedale and is dean of the Baton Rouge Deanery for the Episcopal Diocese of Louisiana. "We're doing the work of Jesus now. Jesus said church can do more after his death and resurrection."

Dillion's preparation for ministry started at an early age.

"The little old ladies" at the church in which he grew up in north Baton Rouge said early on Dillion would going to be a priest.

"My mother would say I would play like a priest. When I was in elementary grades, I would play with puppets, then I would celebrate the Mass with Sunbeam bread and orange juice," he said.

Dillion got more involved in church after a nun at St. Gerard Catholic taught him how to play the guitar.

Dillion went on to graduate from Redemptorist High School and LSU before moving away to attend Berkeley Divinity School at Yale University in New Haven, Connecticut, and General Theological Seminary of the Episcopal Church in New York City, specializing in Anglican liturgy.

It was during those years that Dillion became a changed man, including coming out as openly gay in his mid-20s.

"Before I moved to New York, I was pretty conservative," he said. "I didn't support women clergy. I didn't support the LGBT community being ordained. When I came back, I was a different person."

The decision to come out was a process, Dillion said.

"There's lot of hiding," he said. "I never lied about it through the process. I was always honest. I struggled with it theologically. … I had parents who supported me."

Once Dillion returned to Louisiana, he ran into delays in getting ordained because of his sexual orientation.

"It took a while for me to be ordained because I had a little more open-mindedness. The congregation has an old way of thinking," he said. "At that point, I was considered too progressive."

But seven years after he graduated from seminary, Dillon became the first openly gay person to be ordained in the Episcopal Diocese of Louisiana. He served as deacon and priest at St. Luke’s Baton Rouge and also as vicar of St. Augustine’s in Central for five years. Then he moved away to lead churches in San Francisco and Washington state.

After 11 years on the West Coast, he returned five years ago to lead St. Margaret's.

"It's been a blessing. We can come together in love and love one another and share communion. We don't have to sweep anything under the rug," he said. "It's a Christian community of people who can be who they are, and it's a place of healing."

For more on St. Margaret's, go to saintmargarets.com.