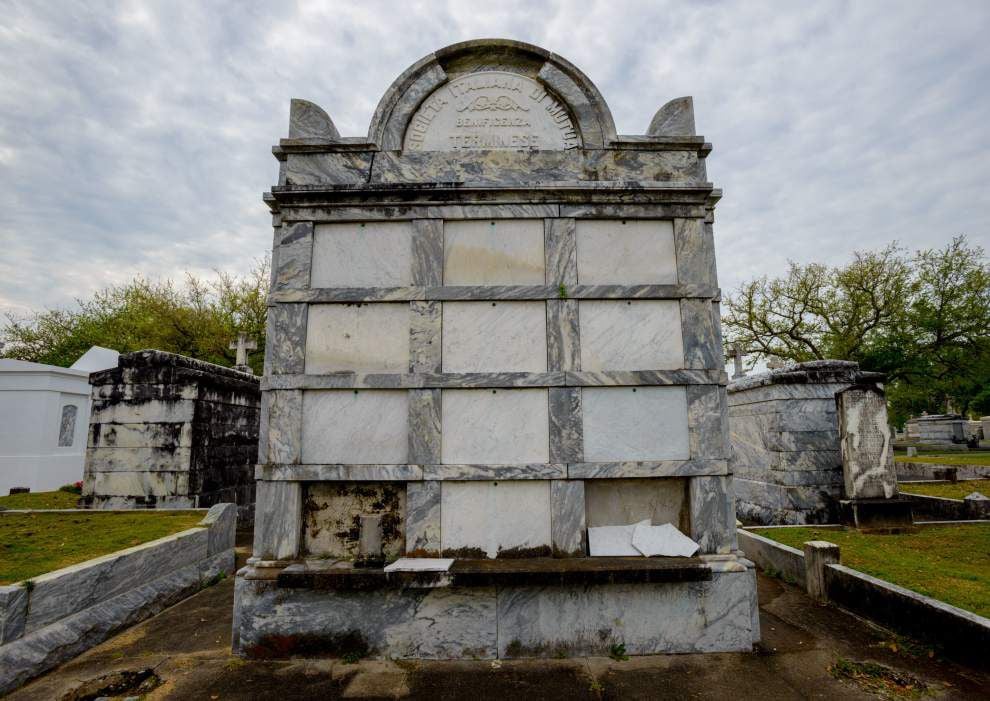 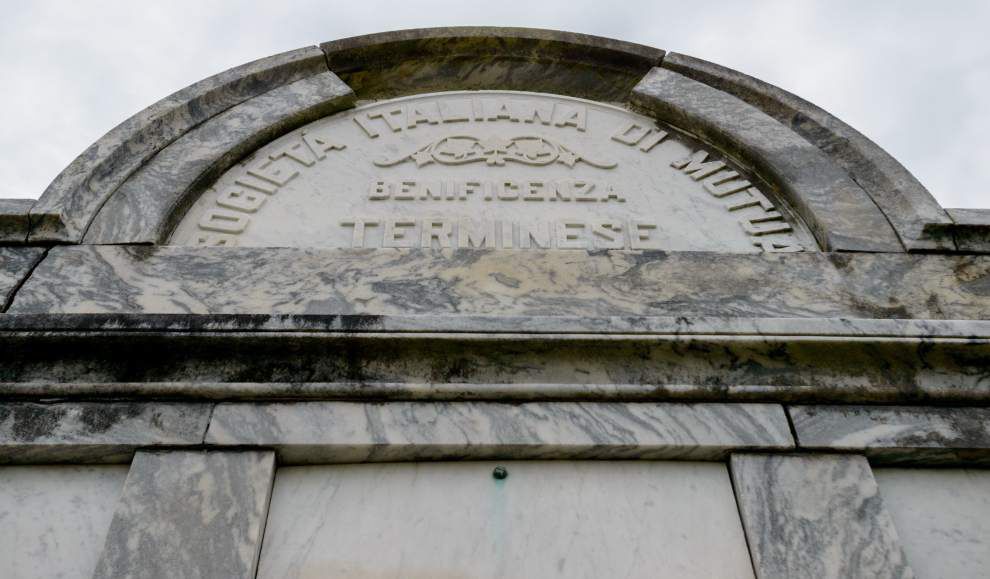 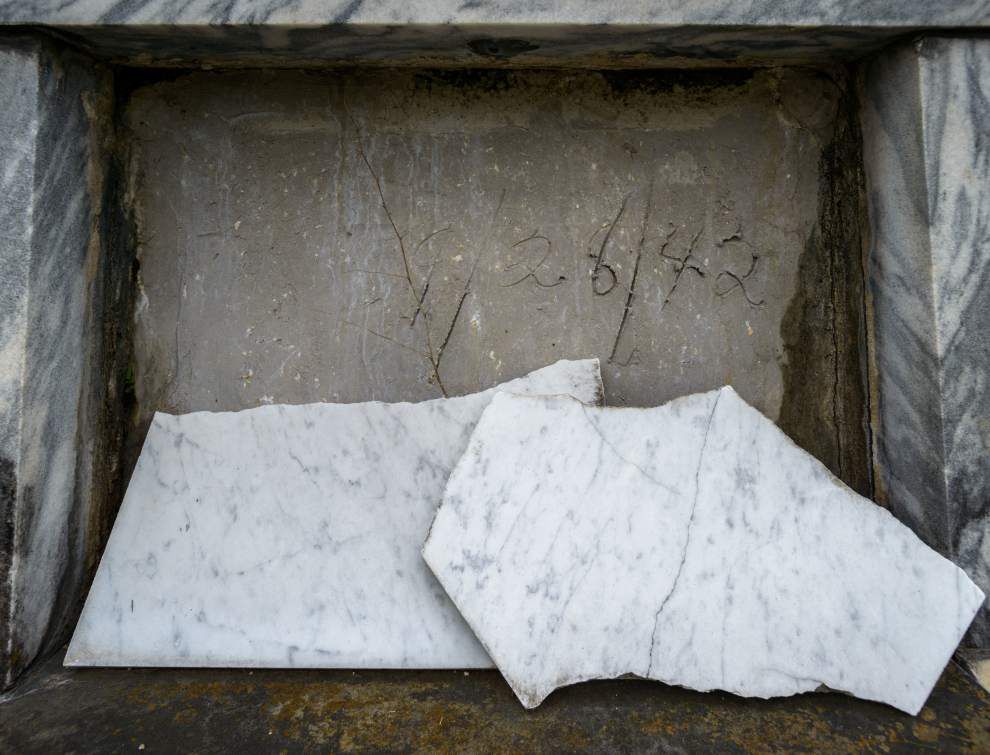 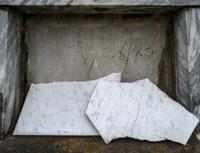 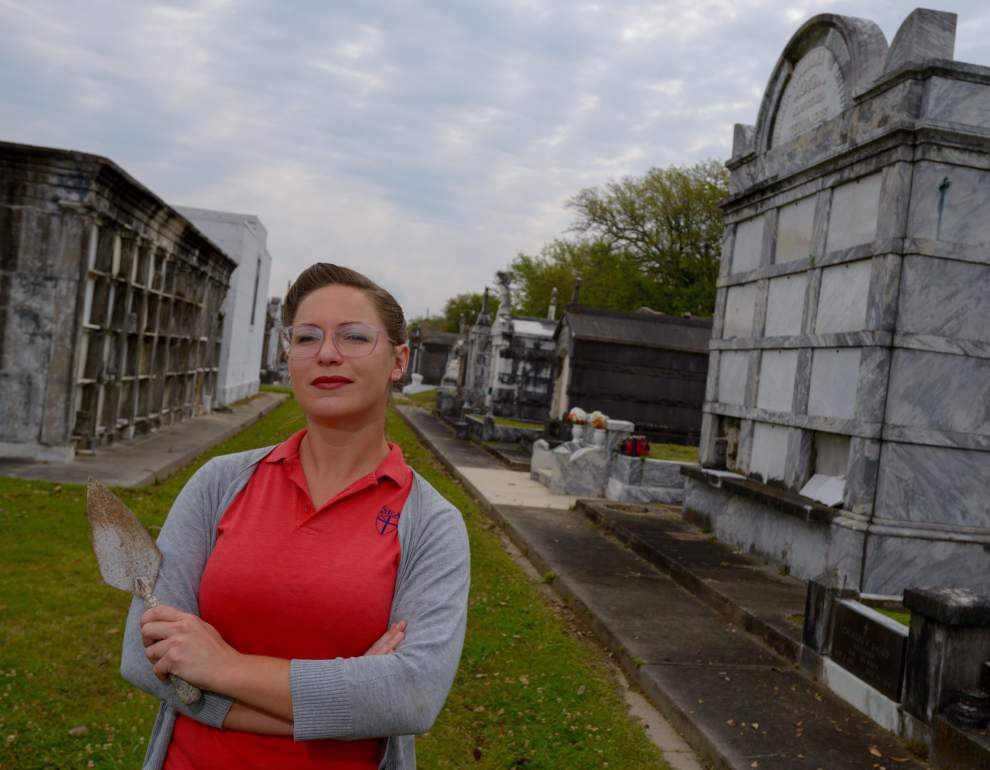 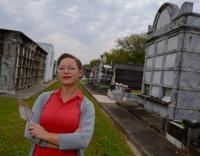 Emily Ford says she’s not exactly sure when the cemetery preservationist bug bit, eventually sending her on a lifelong mission to save the architecture of New Orleans’ historic resting places.

But, she says, her mother has it all figured out.

“My mother says it was because she took me to the catacombs when I was 10,” says Ford, referring to underground burial vaults in Rome.

“From that, I started volunteering in cemeteries in Eugene, Oregon, in 2007,” she says.

The bug led her to grad school in Charleston, South Carolina, and a degree in preservation. Ford did her master’s thesis on Lafayette Cemetery No. 1 in New Orleans and worked for a stone mason for two years.

Nowadays, the petite 30-year-old spends her days in the company of the dead as the owner of Oak and Laurel Cemetery Preservation.

“I noted that often an oak and laurel wreath, which was very common among German-born stone cutters in the 19th century, was used,” she said. “It was only natural that that had to be the name and logo of my business.”

Her mission: to save the architecture of New Orleans’ cemeteries.

“New Orleans and cemeteries are part of one another. ‘Cemetery City’… we hear that a lot,” Ford says. “This is an historic part of New Orleans. That’s why we have to preserve it. But we have to do it responsibly. What we do is not about just brick and mortar repairs. It’s about community involvement, regular care … not just when a tomb or headstone is decrepit or worn down by the climate and the weather.

“In this New Orleans climate, and with the water tables we have, our work has got to be restoration with the proper materials, documentation and education. This isn’t about just slapping on a coat of paint and pulling weeds prior to All Saints’ Day.”

That approach has placed Oak and Laurel at the top of the list of companies that repair tombs.

“We never want to replace what doesn’t need replacing,” Ford explains. “And we don’t want to compromise the historic integrity of our final resting places by using inferior materials. What we do, our standards, they’re self-imposed.

“We have a Vieux Carre Commission, but no such local organization that sets standards for our cemeteries. We need that. Right now, we have a lot of people out there trying to do restorations, and they really don’t understand what they’re doing … they may mean well, but they’re just not getting the job done. They’ve got to understand that these crypts and mausoleums mean a lot more than just emotional connections by a family.”

August Palumbo, who served as president of the Italian Terminese Society, has asked Ford to repair the society’s mausoleum in Metairie Cemetery.

“It was built in 1906,” Palumbo says. “It was in bad shape and in need of repair and renovation. I’m not talking about a coat of paint.”

“She takes photos, studies the architecture, compares materials and offers advice to family members,” says Bob Evans, the former chairman of the Jefferson Parish Council who has relatives in one of the cemeteries where Ford works.

It is a rainy afternoon and traffic is backed up along Metairie Road; a ribbon of headlights coming and tail lights going.

Ford sits in a small restaurant sipping coffee. She’s just a stone’s throw from Cemetery City across Metairie Road, where the late Louis Prima rests behind a mausoleum wall emblazoned with lyrics from a signature song of his: “Just a gigolo … everywhere I go … people know the part I’m playing.”

The final resting place of late fried chicken king Al Copeland and other minor and major lights of New Orleans entertainment, political and business worlds are all nearby.

“That’s us … that’s our history,” Ford says. “And even a father or mother who never made the headlines. That’s somebody’s history. That’s why it’s important. If we lose that, we lose everything.”