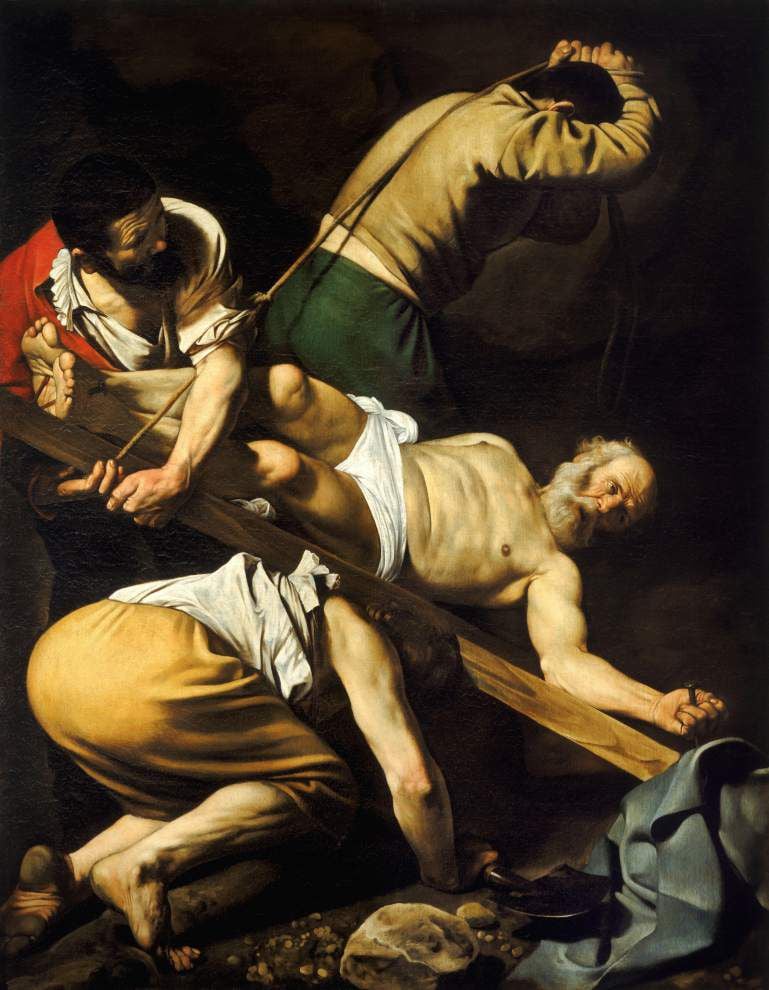 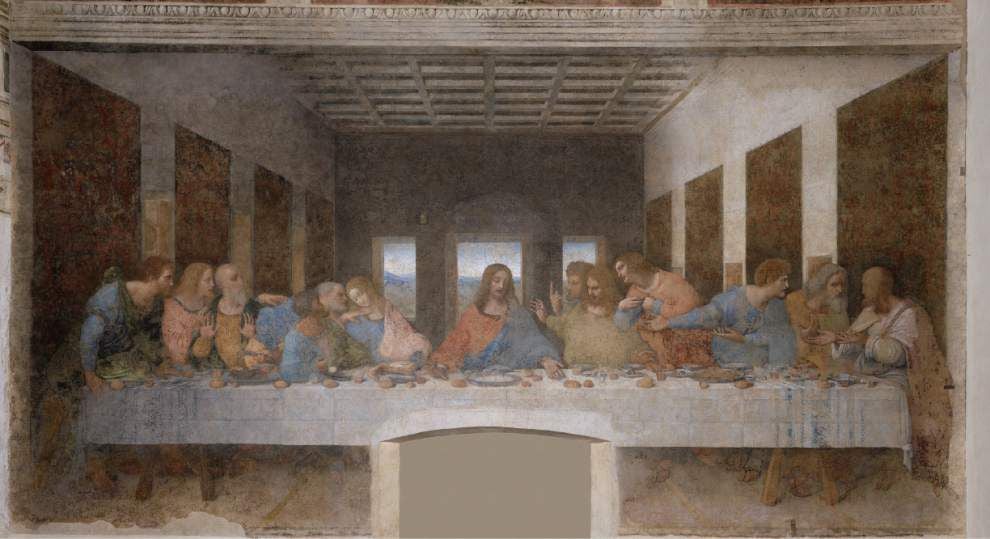 Peter was far from perfect.

There was a time when his faith wavered and another when he lied under pressure.

“Peter was the devoted and fallible follower of Christ,” says the Rev. John “Bud” Traylor, former president of the Louisiana Baptist Convention.

“And I also like to add, ‘Whom Christ made into a living stone that Christ used to build his church,” continues Traylor, who serves as interim pastor at Faith Baptist Church in Baker. He’s also served as an interim president of Louisiana College in Pineville and was a longtime pastor at First Baptist Church of Monroe.

“Peter was impetuous,” adds the Rev. Paul Counce, pastor of the Cathedral of St. Joseph and a canon lawyer. “He was brash, and he probably spoke from the heart before his head kicked into gear. Remember in John 21:17, when Jesus asks, ‘Peter, do you love me?’ He asked Peter this three times, and on the third time Peter became impatient, because Jesus kept asking.”

Though Jesus had already been crucified and risen from the dead at this point, the irritation can be detected in Peter’s voice when he answered in verse 17, “Lord, you know all things, you know that I love you.”

To which Jesus answered, “Feed my sheep.”

Jesus used the metaphor of himself as a shepherd leading his flock as an illustration of his role as head of the church. Peter eventually would take Jesus’ direction and lead the church.

“Jesus knew Peter’s flaws,” Counce says. “He even told Peter, ‘Get behind me Satan,’ at one point, when Peter said Jesus didn’t have to suffer.”

This happens in Matthew 16:21-23: “From that time on Jesus began to explain to his disciples that he must go to Jerusalem and suffer many things at the hands of the elders, the chief priests and the teachers of the law, and that he must be killed and on the third day be raised to life. Peter took him aside and began to rebuke him. ‘Never, Lord!’ he said. ‘This shall never happen to you!’ Jesus turned and said to Peter, ‘Get behind me, Satan! You are a stumbling block to me; you do not have in mind the concerns of God, but merely human concerns.’”

“Peter was trying to get Jesus to turn away from the cross,” Traylor says.

“Jesus knew what he had to do to have victory,” Counce adds.

Yet Jesus changed Peter’s name from Simon to Petra, or the rock, and chose him to lead the Christian church.

Peter wasn’t the first called among the 12 disciples. That distinction belonged to his brother, Andrew, who introduced Peter to Jesus.

Peter and Andrew were fishermen, who were in a business partnership with brothers James and John, who also were called by Jesus. In Matthew 4:18-21, he tells them he will make them “fishers of men.”

“John, James, Andrew and Peter were the disciples closest to Jesus,” Traylor says. “And Peter was the chief disciple. He wasn’t the first called, but his name always appears at the top of every list. In Luke 8:4-5, for instance, the apostles are identified as ‘Peter and they that were with him.’”

Peter’s leadership is clearly shown when he steps up as spokesman for the Twelve when Jesus asks, in Matthew 16: 15-16, “But whom say ye that I am?”

“The time has come for the disciples to make a decision and render a confession,” author J. Vernon McGee writes in “Thru the Bible: Matthew through Romans.” “Simon Peter evidently was spokesman for the group. He said, ‘Thou art Christ,’ which means the Messiah, the Annointed One, who was predicted in the Old Testament. Also ‘the Son of the Living God.’ Up to this point, that was the best confession and the highest tribute that could be made to him.”

Much has been written about Peter in the New Testament, but several milestones can compile a quick summation of his life and ministry.

“There are three steps to Peter’s calling,” Traylor says. “The first was when Peter believed when Andrew introduced him to Jesus. The second was when Jesus stood at the Sea of Galilee and called Peter, Andrew, James and John to be fulltime followers of Him and the third was when Jesus established Peter as the chief apostle.”

In Matthew 16:18, Jesus says, “And I tell you, you are Peter, and on this rock I will build my church, and the gates of hell shall not prevail against it.”

“By the word ‘rock’ the Savior cannot have meant Himself, but only Peter, as is so much more apparent in Aramaic in which the same word (kipha) is used for ‘Peter’ and ‘rock,’ ” states the Catholic Encyclopedia at newadvent.org. “His statement then admits of but one explanation, namely, that he wishes to make Peter the head of the whole community of those who believed in him as the true Messiah … that the spiritual guidance of the faithful was placed in the hands of Peter, as the special representative of Christ.”

“And again, I would add that Christ was the foundation and from that He made Peter a living stone on which to build His church,” Traylor says.

But Peter had a lot to learn along the way. The stories of Peter’s mistakes often are in the forefront: when he lost faith and sank when walking on water toward Jesus in Matthew 14:22-33; and when Peter denies knowing Christ three times in John 18:15-27.

Yet the high points of Peter’s leadership also are known.

“Peter is at the center of every aspect of Jesus’ ministry,” Traylor says. “There are four major points of Peter’s ministry, beginning with his confession of Jesus as the son of the living God, then his denial of Christ when he looked at Christ in the courtyard and wept in repentance. He was the chief apostle, but his flesh was weak. He was human.”

The third key point in Peter’s ministry was what Traylor calls Peter’s restoration.

“That’s when Jesus says, ‘Feed my sheep,’” Traylor says, adding that the fourth is when he “opened up the Gospel,” meaning Peter opened his ministry to both Jews and Gentiles.

“The last we hear from Peter in the Bible is as author of I and II Peter, which reveal him as a stable and mature disciple who is about to be martyred for his faith, as predicted by Christ,” Traylor says.

Master painter Michelangelo Merisi da Caravaggio is probably best known for his depiction of Peter’s martyrdom in 1601 painting, “The Crucifixion of St. Peter.” In it, an aging Peter has been nailed to a wooden cross, which his executioners are in the process of setting upside-down.

“Peter said he wasn’t worthy of dying in the same way as Christ and requested to be crucified upside down,” Counce says.

The feast day of both saints Peter and Paul is celebrated on June 29, and though there is no direct connection between Peter and Rome in the New Testament, strong church tradition places him in the city. Also, Clement of Rome, the fourth pope, wrote an account of Peter’s crucifixion in Rome.

The Catholic church also places Peter first in the line of popes.

But he was the rock on which Christ build His church. Strong church tradition says St. Peter’s Basilica is built atop Peter’s tomb in Rome. His remains were discovered there in June 26, 1968.

“You have to remember that other churches were built on that spot before St. Peter’s,” Counce says. “It’s said he died in the year 64. Many priests go there on pilgrimage and view Peter’s tomb. I’ve been there.”

And millions of Christians of both Catholic and Protestant faiths flock to Rome each year to visit the massive church named for the Jesus’ head disciple, a flawed man whose example of repentance and devotion serves as an example for Christians.