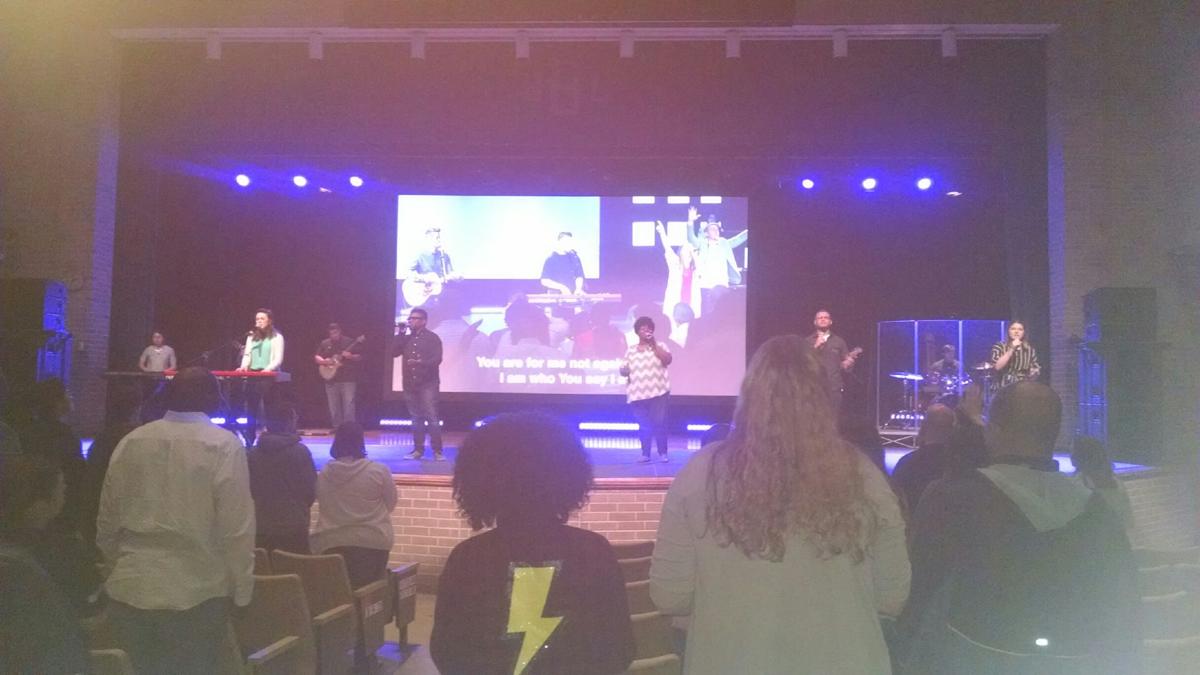 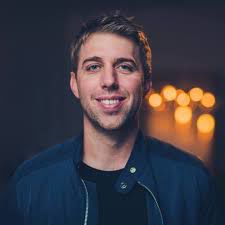 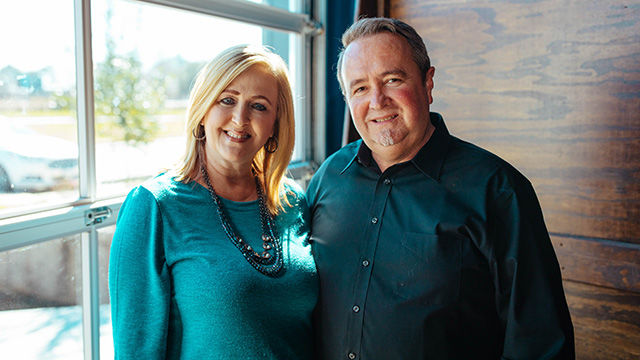 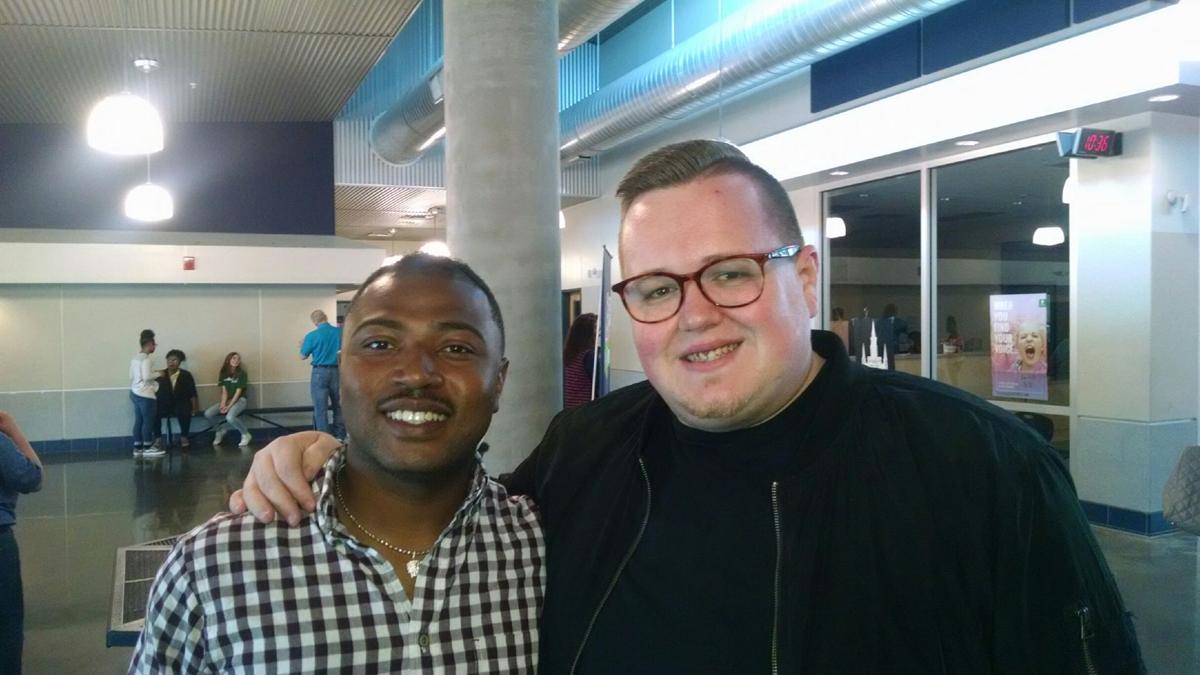 The glass doors swung open as greeters welcomed members and visitors to the first of two services on a recent Sunday at Bethany Church.

"I enjoy meeting people at the doors and seeing their smiling faces," said greeter Easton Chaisson.

Once inside, the diverse group of churchgoers talked and had coffee before heading to the service, where many stood and moved to the uplifting music of the praise team and the preaching of Jonathan Stockstill, the pastor.

It was another Bethany Church experience, but not at one of its Baton Rouge-area churches. This experience was at Bethany's newest and farthest campus yet, nearly 100 miles down south in Houma.

Stockstill's message was simulcast on a large screen from Bethany South off Rieger Road in Baton Rouge.

Bethany Houma, which actually meets in the H.L. Bourgeois High School auditorium in Gray, is celebrating six months in the area.

"The campus is doing phenomenal," Stockstill said. "We had no idea what to expect, because Bethany's footprint is mainly in Baton Rouge."

Bethany had long been one of the Baton Rouge area's largest ministries with about 10,000 members on campuses at Baton Rouge South, Baton Rouge North in Baker, Baton Rouge Mid City and Livingston. Bethany also has an online ministry with its own campus pastor and volunteers.

The Heberts became involved in Bethany through their son Ross, who worked with Stockstill as a worship team member in Baton Rouge.

"For us, it was more about really opening doors and opportunities," Stockstill said. "Simon and Wanda had a passion for Houma, and I really got behind the dream that they had."

The campus launched in September with more than 400 people. Simon Hebert said 520 people attended the Easter service, and 350 to 400 people have been attending the weekly 9 a.m. and 11 a.m. services.

"It's just been amazing to us the number of people that have been coming," said Simon Hebert, 55, a former minister at Celebration Church in New Orleans.

He said the church has more than 100 volunteers serving as greeters, teachers and in nursery, kids ministry and ushers, and it works to make everyone feel welcome.

"In reality, that's what the church is supposed to be like," he said. "It's supposed to be an environment where people feel welcome no matter where they come from, what color, what race or financial status; it doesn't matter."

Stockstill, who succeeded his father, Larry, as Bethany pastor in 2011, said Houma was an open door.

Ross Hebert, 29, now serves as the worship leader in Houma.

"It's crazy," he said. "It's really been kind of full circle for me. I looked up to Pastor Jonathan as a worship leader and a new pastor. It's amazing to be under his leadership. I wouldn't want to be anywhere else."

Josh Zachary, 35, said he and his wife had been traveling to Baton Rouge every other weekend to attend Bethany South. He is a greeter at the new campus.

"Bethany is a one-of-a-kind type of church. The foundation and the values of church, the leadership of the pastors I believe that God has a calling on their lives and it trickles down from there," Zachary said. "It's very exciting."

"It's really a blessing," he said. "All of us come from different backgrounds, religions, denominations, and just to come to a location where everyone is really working on one accord. ... I believe Pastor Jonathan and all the campus pastors are beautiful. They have a heart for God. They have a heart for people; at the end of the day, we serve one master. We're all brothers and sisters in Christ."

Ross Hebert said that family connection is reinforced through small groups at Bethany called B Groups.

"When you're in a small fellowship like that, you can really open up and connect and build relationships, because as much as we think we can make it alone we can't," he said. "We need each other. That's what the church is all about."

Chaisson, 63, said diversity is one of the strengths of the church.

"Everybody's different to me, but we're really the same. We're all family," he said.

That diversity is among the church's main values, Stockstill said.

"We value worship. We value God's word. We value diversity," he said. "I think everybody feels really welcome at Bethany."

In addition to the fellowship, Chaisson and Lyons said Bethany Houma is satisfying their spiritual needs.

"The world we live in everybody's looking for something — peace, family I get it here," he said.

"They're training us," Lyons said. "They're molding us. They're shaping us to be everything that God has chosen us to be."

Bethany Houma reminds Lena Mosely of the New Iberia church she attended before moving to Houma.

"I've been coming here from the time they opened. For years, I've prayed for a church like this to come to Houma," said the 50-year-old Mosely. "When they came, it was like an answer to a prayer."

Bethany Houma has signed a one-year contract to hold services at the high school and is already working on a second year, said Simon Hebert, adding that the church is looking for a building for offices, training and smaller gatherings., but there's no timetable for moving into a new building.

The contract with the school calls for weekend services and the once-a-month First Wednesday services. Volunteer team spends about two hours preparing areas in the school for services, fellowship and nursery.

A majority of the time the Houma church service is aligned with all the other campuses. But Simon Hebert said periodically, the Houma campus will go "all local" with the pastor or his son bringing the message.

Simon Hebert said there's much work for churches to do in the Houma area.

"This city's big," he said. "We have a lot of great churches that I've been affiliated with, and I've been in relationships with a lot of the pastors and still am. There's a lot of work that needs to be done. There's a lot of people that are unchurched, that don't go to church. And we're praying to God we can just reach them."

Even before its first services, Bethany started community outreach through Love LA, a service program. Love LA was formerly called Serve 225 but its named was changed to reflect the expansion into Houma (985 area code) and other areas. Love LA Day, an annual event where Bethany churches go out and build, work, and serve the local communities, is set for 8:30 a.m. today.

"We believe God plants a church in the community, not for the church's sake but for the community's," Simon Hebert said. "We're here to be a part of this community."

Consider this: God had faith in Job, so much faith that he told Satan in Job 1:8, "Have you considered my servant Job? There is no one on earth like him; he is blameless and upright, a man who fears God and shuns evil.”

God knew Job was a man of integrity and a true servant, not just a pretentious church member who shouted on Sundays to show off and forgot about God the rest of the week. God knew Job could be tested.

Satan insisted that Job was only upright and faithful because of God’s many blessings on his life. God answered: "I'll take my hedge of protection off him, and I’ll ALLOW you to test him all you want." Job was tested like no man had before and maybe since. He lost all of his riches, cattle, land and his good health. He also suffered the loss of 10 children. Yet, even when his wife told him to “curse God and die” and his friends had questioned his sanity, Job held on with all his might to his God.

God could trust Job with trouble, heartaches and headaches. Can he do the same with us? We would all like God to consider us upright, good and faithful. We all have survived many tests and suffered many losses that we thought would break us. Yet, we serve a faithful God who brings us through when we are faithful to him.

Faith Matters run every other Saturday in The Advocate. Reach Terry Robinson at (225) 388-0238 or email trobinson@theadvocate.com