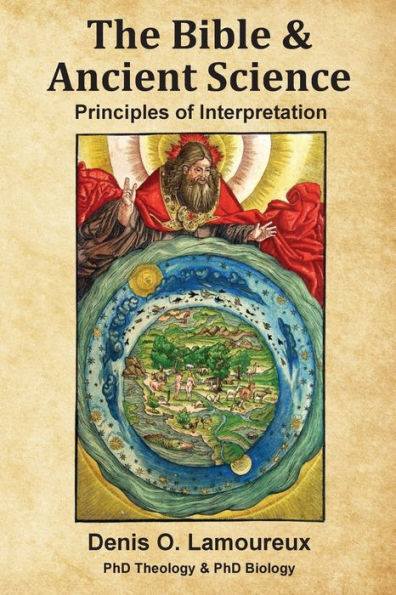 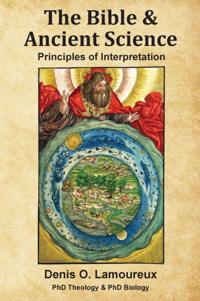 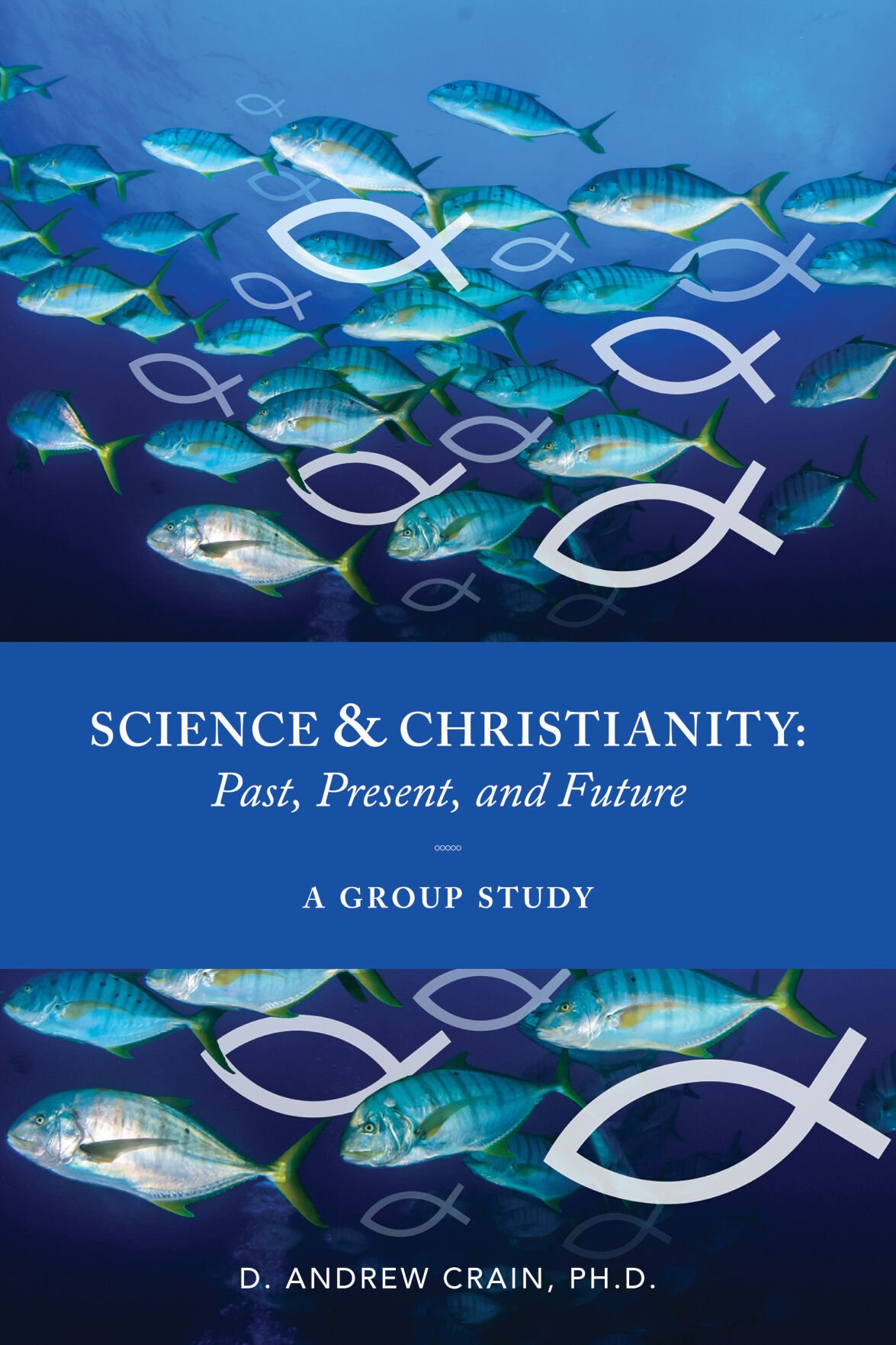 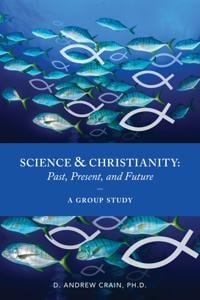 'Science & Christianity: Past, Present, and Future' by D. Andrew Crain

'Science & Christianity: Past, Present, and Future' by D. Andrew Crain

Recently I received the book “The Bible & Ancient Science,” then I heard about a group study book, “Science & Christianity.”

In “The Bible & Ancient Science: Principles of Interpretation,” Denis O. Lamoureux starts by explaining his journey through Christianity.

When he became a Christian as an adult, Lamoureux said, he was curious about the origin of humans. He found that most Christian beliefs about creation could be divided into three categories: young Earth creation, which says the Earth is about 6,000 years old; progressive creation, where God miraculously created living organisms at different times during the 4.6 billion-year history of the Earth and the “days” of Genesis are “periods of time”; and theistic evolution or evolutionary creation, which states God used evolution to create the universe and life, and the Bible reveals spiritual truths and not scientific facts about origins.

He said he started with belief in young Earth creation and as his study grew, his beliefs changed.

His book takes a very structured approach to the topic of creation as put forth in the beginning of Genesis. He uses the concept of hermeneutics, a fancy word for biblical interpretation, and works his way through 22 types of hermeneutics.

First, he deals with literalism, then literary genre. Later, he adds textual and historical criticism, which like literary criticism, are ways to look at Scripture.

Principle 4 is eisegesis vs. exegesis: Eisegesis is where a person reads their experience into a passage, whereas exegesis is drawing meaning from the passage.

Other sections deal with remembering the Bible was written for an ancient culture and should be viewed that way. In principle 10, he looks at how modern science and paraphrase translation don’t take away from the truth.

As an example, he uses Genesis 1:24-27 rewritten to feature evolution, something that would disturb many Christians. However, he follows up by pointing out the passage preserves the eternal messages of Genesis 1 “(1) God created land animals and humans, (2) God declares the creation of land animals is good, (3) only humans are created in the Image of God, and (4) men and women are placed as rulers over all the fish, birds, and land animals.”

He spends several of his principles looking at how the ancients viewed life and their environment, and then explains some basics of ancient geography, astronomy and biology. At the back of the book, Lamoureux includes a list of ancient geography, astronomy and biology principles found in Scripture, that we now know are not true because of our increased scientific knowledge.

An interesting example, he gives how most people react when asked to draw how the Earth looked when covered with waters, as described in Genesis. People today draw a circle with a circle around it. But in ancient times, most cultures viewed the earth as flat with a dome over it, which means the people of that time viewed the passages differently than most people today.

It becomes clear Lamoureux is encouraging people to remember the Bible was written for and by an ancient people, and, therefore, we should not apply modern ideas to the text. We need to read it as the ancients would have. From there, we can consider how it applies to modern life.

D. Andrew Crain has written “Science &Christianity: Past, Present, and Future” as a group study.

He chose to tackle several scientific principles that often create controversy among Christians, including creation, evolution, caring for the Earth and the combining of human life and technology.

In this study, Crain traces mythos vs. logos, which he admits to being an oversimplified framework but useful as a start.

He explains logos is the Greek word for reason or plan, and modern-day English derivatives include logic, geology and biology. He says mythos is Greek for a story having significant truth or meaning, the root for the English words myth and mythology.

He also looks at how the concepts have changed in culture through ancient, medieval, modern and postmodern.

Each chapter explains a concept and ends with a “take-home” summary of the thought and with discussion questions.

For instance, about creation, Crain says in the take-home message, “Both Christianity and science have necessary contributions to the understanding of creation. Our faith provides for us the meaning of creation, whereas modern science explains the ‘how’ questions of creation.”

His third discussion question is: “Physicist Ian Barbour wrote that individuals can view particular topics like ‘Creation’ in four different ways: the interaction between the science and the theology can either be in conflict (the two are mutually exclusive), independent (the two are completely separate ways of knowing), in dialogue (both lead to questions that only the other way of knowing can address), or integrated (the two ways of knowing are really just part of a single reality). Discuss which of these four you support.”

I found the two books fit together quite well, serving similar but distinct purposes.

The Lamoureux book gives a structured introduction of the various interpretation methods available to Bible scholars, while the much-smaller Crain book encourages its readers to take time to delve into divisive subjects and understand them.

Day of the Dead

The Day of the Dead is approaching.

For the unfamiliar, the Day of the Dead is a Mexican holiday that has roots in pre-Hispanic cultures as well as Christian feasts. It takes place Nov. 1-2, when it's thought that dead family members temporarily return to Earth.

As Hispanic culture becomes more visible in the United States, so have many symbols of the Mexican celebration. Altars filled with drink, food and family photos welcome the spirts home. Sugar skulls, a common sight for Día de los Muertos celebrations, are being sold at Target. The festival was even the setting of the Disney movie “Coco.”

Visit nationalgeographic.com/travel/destinations/north-america/mexico/top-ten-day-of-dead-mexico/#close to learn more about the traditional celebration.

For nonreligious people who seek to honor those who have passed, several organizations are hosting the 2020 Secular Day of the Dead online.

“The Secular Day of the Dead (Día de los Muertos Secular) will put a secular spin on traditions and rituals for commemorating the family, friends, and inspirational figures who may no longer be with us, but whose legacies live on in our hearts and memories,” according to a news release.

Organizers said the event will honor the memories of loved ones and luminaries who have died “with no prayer or belief in an afterlife required.” Awards will be given for the best Secular Day of the Dead-themed clothing, Zoom background, face paint, face mask and hair adornment.