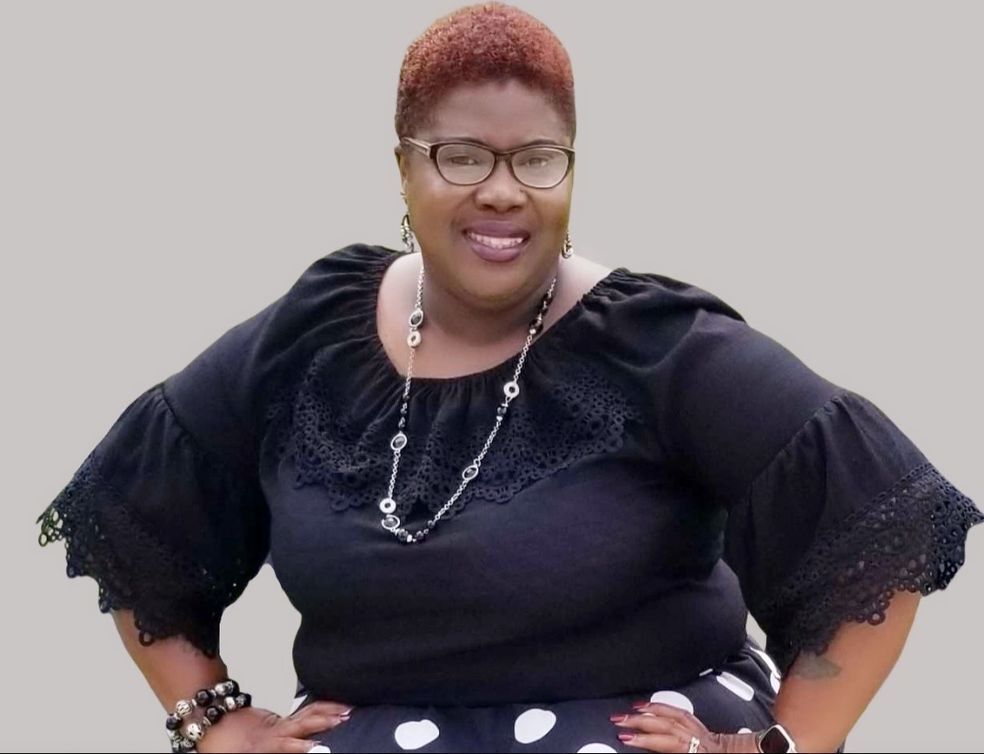 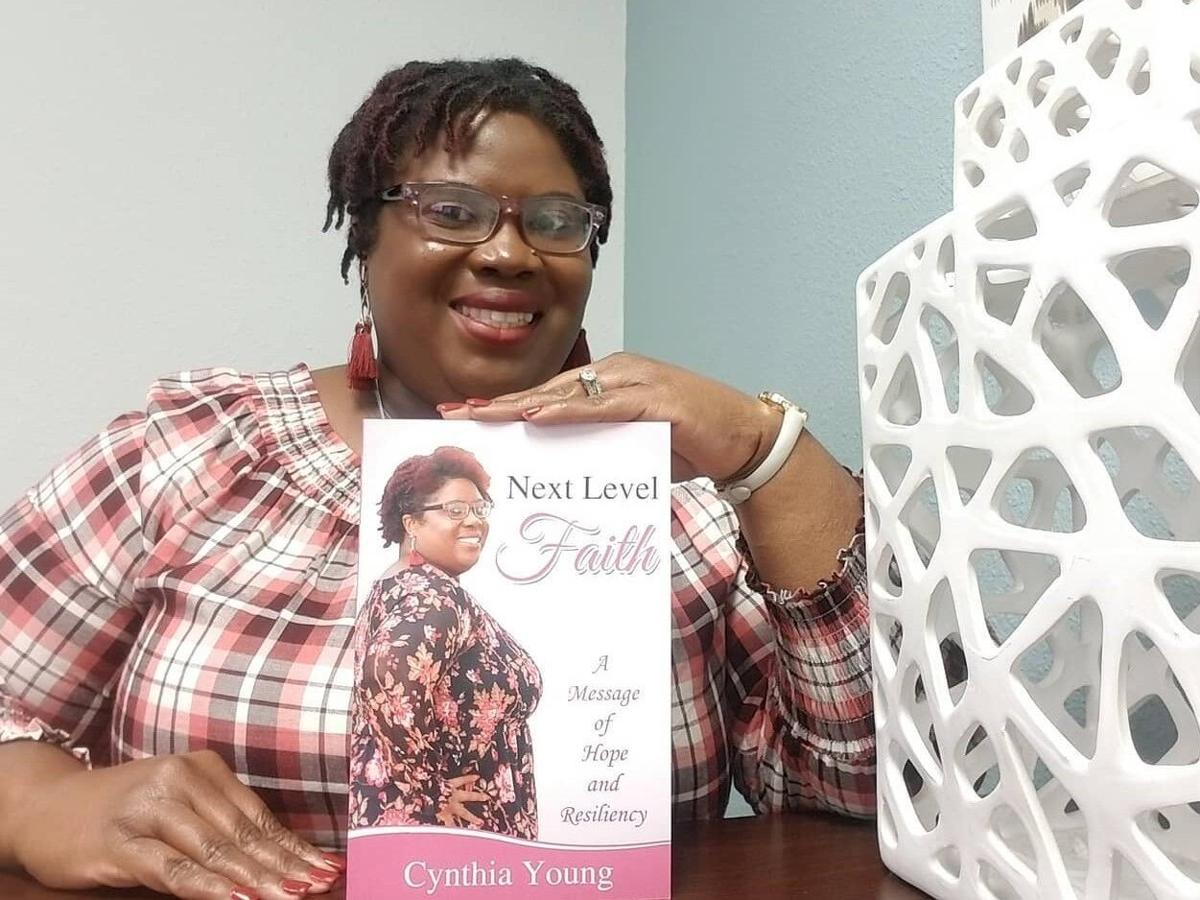 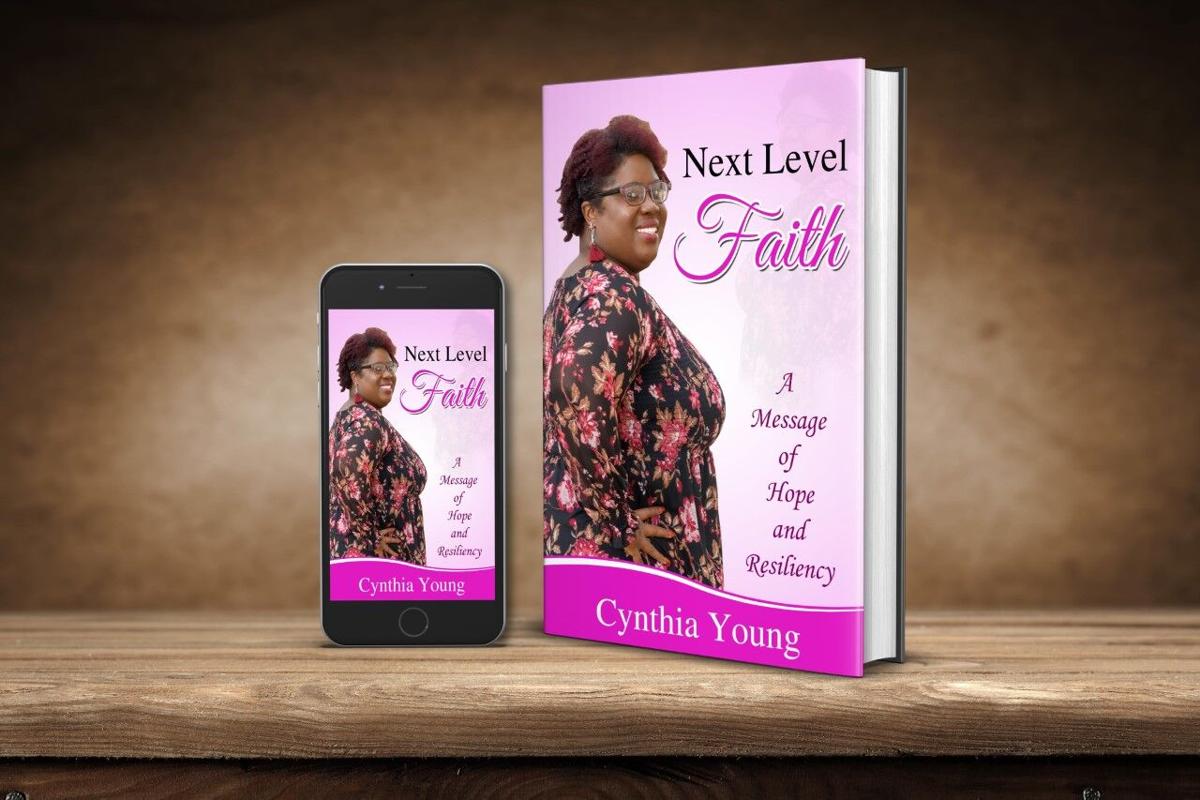 'Next Level Faith' by Cynthia Young 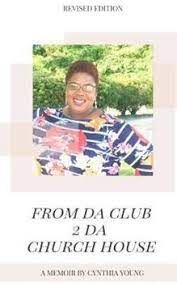 'Next Level Faith' by Cynthia Young

From a dark place in her life, Cynthia Young stepped out on faith and followed the instructions of God — literally writing them down.

Young, who became a single mother at 16 and then a high school dropout, said it wasn't until her mother died of cancer in 2007 that she finally embarked on her faith journey.

"When my mother passed, I was just lost and confused, being a young, single mother. After that, I started seeking God," said Young, a native of Port Allen who now lives in Baton Rouge. "My life changed forever after experiencing the loss of my mother. … My mother was everything to me. It was really hard."

Though it wasn't easy, Young took about two years to get herself together, go back to finish school after 10 years and find a church home.

Today, there are not enough hours in the day for all she does. Young is a certified career coach, holds a master's degree, is a community service leader, runs two businesses, has authored two books, is married and is heavily involved in ministry as a deaconess and Sunday school teacher at New Gideon Baptist Church in Baton Rouge.

"The last 12 years, I've just been walking by faith, trusting in God every step of the way. When he tells me to do something, I write it down," Young said. "I just take the next steps to try to make it become a reality. … We think we have faith, but it's not until we're actually in situations where we have to activate our faith."

Young, 39, said as a youth she would attend church occasionally with some family and friends.

"My mother wasn't in church," she said. "I didn't grow up in church. It's just that when she died, I just knew I had to do something."

She started with a rather frivolous level of faith before getting serious.

"I believed in God," she said. "I knew there was a God. I had faith in God. I just didn't really take it seriously. People would tell me about the gospel. I believed it. I wanted to believe it was true. It's just that over time, eventually my faith was strengthened, and the more I heard the word, the more I was in church serving, the more my faith strengthened. It just all came together for me."

Young wasn't just growing spiritually — she joined and was baptized at New Gideon in 2009 with her 12-year-old son — God was also working out other areas of her life.

While pursuing an associate degree in criminal justice, Young started as a student worker at the East Baton Rouge Parish Prison. She went on to work there full time and at Elayn Hunt Correctional Center in St. Gabriel while attaining her bachelor's degree in criminal justice at the University of Phoenix. In 2015, she joined the Louisiana Department of Public Safety and Corrections.

Corrections has been her passion since, as a child, she was enthralled by court and judge television shows.

"It's every interesting. Working in a jail was a humbling experience. I have a heart for those that are locked up behind prison walls. I guess that's really where service for the community really started," said Young, who earned her master's degree in public administration at the University of Louisiana at Monroe in 2018.

For 10 years, Young worked in corrections, public service and public health. She joined the nonprofit Capital Area Reentry Program Inc. for three years, which proved to be another eye-opening experience.

"Working in that organization exposed me to that side of addiction that people just don't see," she said.

It also gave Young a "sense of feeling" for community and inspired her to start her own nonprofit.

"I'm out here trying to engage people in the community, getting others involved. That's what I'm all about — helping others," she said.

Also in 2020, Young started her own business, All Things Cynthia Young Coaching and Consulting, which helps people navigate job searches and find their purpose.

"Last year, even though there was a pandemic, I was real busy," she said. "I took the opportunity that God was telling me to start these businesses that were on my heart."

God also put in her heart to pen her second book, "Next Level Faith: A Message of Hope and Resiliency," released in January, on her mother's birthday. Young had previously published "From Da Club 2 Da Church House" in 2012.

"Next Level Faith" is a memoir dealing with her grief over her mother's death, marriage, ministry and people's addictions, but primarily it is about faith.

"We have to believe even though we can't see it," said Young, who is also among the leaders of Glowing In Grace Women's Ministry, which promotes spiritual growth and leads women to Christ. "I talk a lot in the book, but mostly all I talk about faith. I just want people to know that even though you may not see it right now, it may not be looking good right now, God is working all things together for your good."

In the book, Young encourages people to tell their testimony.

"I'm always big on people sharing their stories because you never know what other people are going though," she said. "A lot of time what we go through is not for us; it's for us to help others come out of what they're going through."

The focus Scripture of Young's book's and her life is 2 Corinthians 5:7: "For we walk by faith, not by sight."

"It's a message of hope and resiliency, and I've had to be resilient so many times," Young said.

For more information on Young and her book, call (225) 475-4666; email cynthia.soarsolutions@gmail.com; or go to ripeforvictory.org or allthingscynthiayoung.com; or find Young at facebook.com/cynthia.young.225.