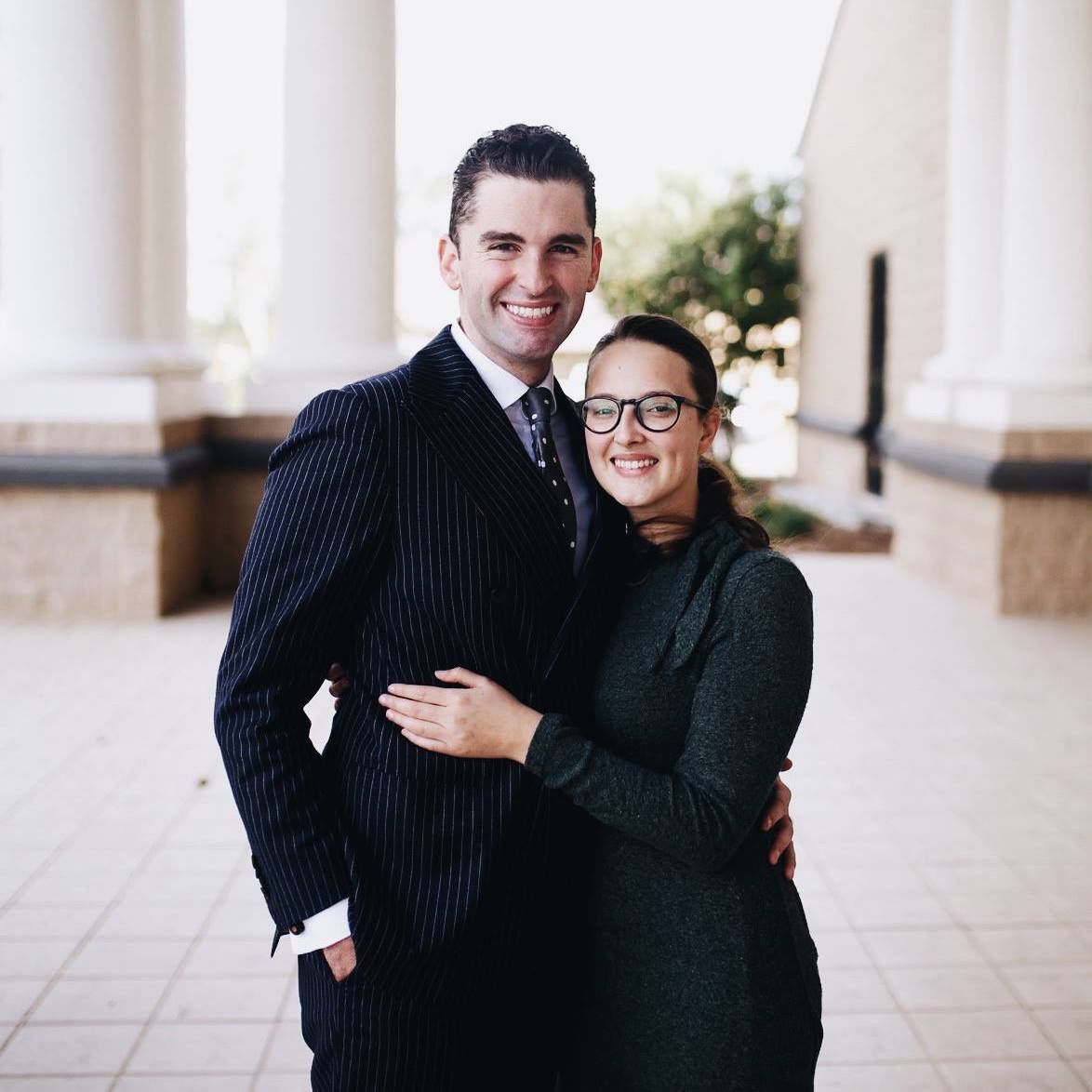 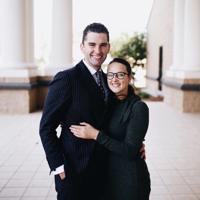 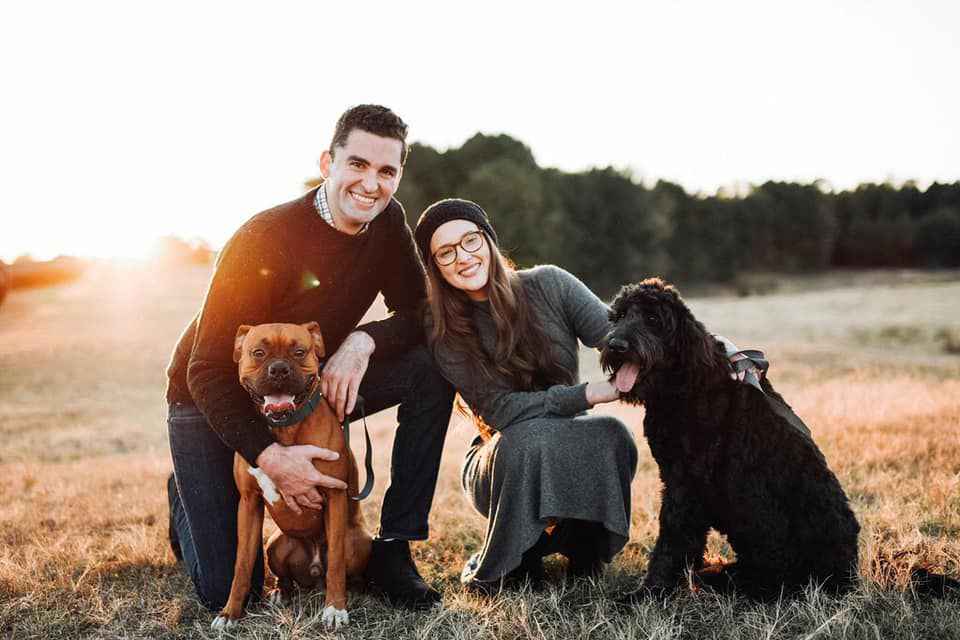 While many churches continue to work to fully reopen, pastors Taylor and Mehgan Fairbanks are looking forward to opening the doors of Vessel Church for the first time in Baton Rouge.

"I am just beyond excited. This has been a dream now for a year and a half," said Taylor Fairbanks, the 28-year-old Baton Rouge native who returned home a few months ago after serving five years as a youth pastor in West Monroe. "We're deeply honored and humbled that God would even allow us this opportunity. We just want to provide a place for people to feel and encounter the life-changing power of the spirit of Jesus Christ."

After coronavirus-related delays, Fairbanks was finally able to hold the first interest meeting for the upstart church this week. He plans to hold more meetings at the beginning of July and August with a church launch on Sept. 20.

"Right now, the only people that we know for sure that are part of Vessel Church are myself, my wife and my parents," Fairbanks quipped.

The delays added another element to the challenge of planting a church, but Fairbanks said God was at work even in that.

"We've been able to encounter people and make connections that otherwise we wouldn't have had it not been for coronavirus," he said.

Fairbanks said he and his wife, a California native, realize the challenges of launching a new ministry. He said life was good in West Monroe, but they followed the call of God to Baton Rouge.

"It's definitely forced us to step out of our comfort zone of faith," he said. "We heard the word of the Lord and that caused us to take steps we've never taken before. … I would say that church planting from what we've learned so far is not just something that you do for fun. It's something that you do as a call from God. Whenever you fulfill the call of the Lord, not only does he provide for you, but he protects you and he empowers you. And that's what we feel every single day with every challenge we face."

Fairbanks, a Central Private School and LSU graduate, felt the call to Baton Rouge about 18 months ago during a service in West Monroe.

"Right in the middle of that service, it was like this heaviness, this burden for Baton Rouge, just kind of came over me. And I began praying for this city," he said. "I thought it was just God giving me a temporary prayer burden to pray for the city and the people there."

That burden didn't go away.

Fairbanks eventually shared his prayer with Mehgan, who expressed the same feelings. They prayed, fasted and consulted with their pastor. He said that call was confirmed a month later during a visit to Baton Rouge to attend an LSU football game.

"As soon as we got to the city, there was just this peace and this confirmation from God that that is what he wanted us to do, and that was when we received the release that God was ready to start getting everything rolling in terms of us going and starting a church," he said.

The couple felt drawn to the capital city and to the Mid City area in particular.

"Every time that we made our way back to Baton Rouge, we just fell in love with the Mid City area — not only in terms of the different elements of it, like the shops, the restaurants, the people, but it being kind of turning into this melting pot of culture, demographics, ethnicity and nationality," he said. "We really feel like it's a very strategic point for God to have a church because of the forereaches of the types of people … that live in that area and frequent that area."

Vessel wants to be a loving multicultural and multiethnic church that speaks to issues — such as racism — affecting all people.

"We feel like we as a country can make great strides moving forward," he said.

Fairbanks mentioned George Floyd, the black Minnesota man killed May 25 by a white police officer that has ignited protests, riots and discussions on race across the nation and around the world.

"I honestly felt like the tragedy of the very much unnecessary murder of George Floyd was a thing that was uniting people," he said. "There's a peace and a love that can be found that is beyond human logic. That's all that we want to bring to Baton Rouge. … We need unity not only amongst the people of God but, of course, the people of this entire world like never before."

Fairbanks said the name Vessel Church came from a vision he had that included Tiger Stadium filling with water.

"Water begin rushing out of the stadium and pouring into the streets. God spoke to me and said, 'I've chosen this city to be a vessel for revival, and I'm sending angels to protect and prepare the city for the largest outpouring of my spirit that it's has ever seen,'" Fairbanks said. "We are vessels that can be filled with his spirit, with his truth, with his wisdom, with his strength."

The church's motto is "We were made to carry what matters."

"Every single day we get to choose what it is that we carry," Fairbanks said. "The vision of Vessel is to be a place that helps people understand that they were created to carry not just their own human spirit but the spirit of the living God inside of them that gives them the power to overcome the different deceptions, detractions and traps of this world that we, of course, as believers and people of faith, call sin."

Fairbanks felt the call to ministry at age 16 while on a mission trip to Chile. He became a youth pastor at the Voice of Pentecost Church in Baton Rouge before going on to help start the campus ministry The Cause while at LSU.

After graduating from LSU in 2014 with an advertising degree and a minor in business, Fairbanks moved to Fort Myers, Florida, to work as an account executive for an IT firm. He was there for about a year before accepting a youth pastor position in West Monroe.

He and Mehgan married in 2017, and shared in the ministry.

"It's an amazing life. It's a challenging life. You definitely don't get into it for the money," Fairbanks said.

But he said God has provided beyond ministry with a wedding photo/video business the couple started three years ago called Fairfilm.

"As soon as we answered the call to Baton Rouge, our wedding business blew up," he said.

That would seem to be in line with one of the several verses Fairbanks quoted — Matthew 16:33 — in which Jesus talks about seeking "first the kingdom of God, and his righteousness; and all these things shall be added unto you."

"Whenever, we put Christ first, literally everything else falls into place," Fairbanks said.

Isaiah 53:6: "We all, like sheep, have gone astray, each of us has turned to our own way; and the Lord has laid on him the iniquity of us all."

Yes, all of us have wandered off, strayed away, gotten lost, did our own thing — just like sheep.

Many of us are there now, struggling to adjust to the "new normal" of the coronavirus season and times; dealing with depression, illness, isolation, loneliness, joblessness and financial strain; and trying to make sense of the political upheaval, racial strife and hatred in our nation.

Trying to figure it all out on our own. Trying to get away from it all. Feeling like we're in a fog. Questioning our own faith and the faith of others. Lost and kind of wandering. And we know what happens to helpless little sheep that aren't paying attention, who wander off. If they are fortunate, they are rescued by the caring shepherd before anything really bad happens.

We all know a little bit about the Good Shepherd, don't we? We stray. He comes to find us. He supplies our needs, leads us beside still waters, restores our souls — all that and more.

Yes, we all have turned away. Isaiah was talking about turning from God’s paths to follow our own. Now is definitely a good time for that. But listen to this good news: God piled all our sins — all our messes, misses, mishaps, etc. — on the Good Shepherd, and we can testify what the Lord did to save each one of us. He still leads us, and he has more in store if we'd only just stick close.

He's a priest, former police officer's son and black: God created Josh Johnson for a time like 'this'

Amidst outrage over George Floyd, a black man who died after white Minneapolis police officer Derek Chauvin kneeled on his neck for almost nin…