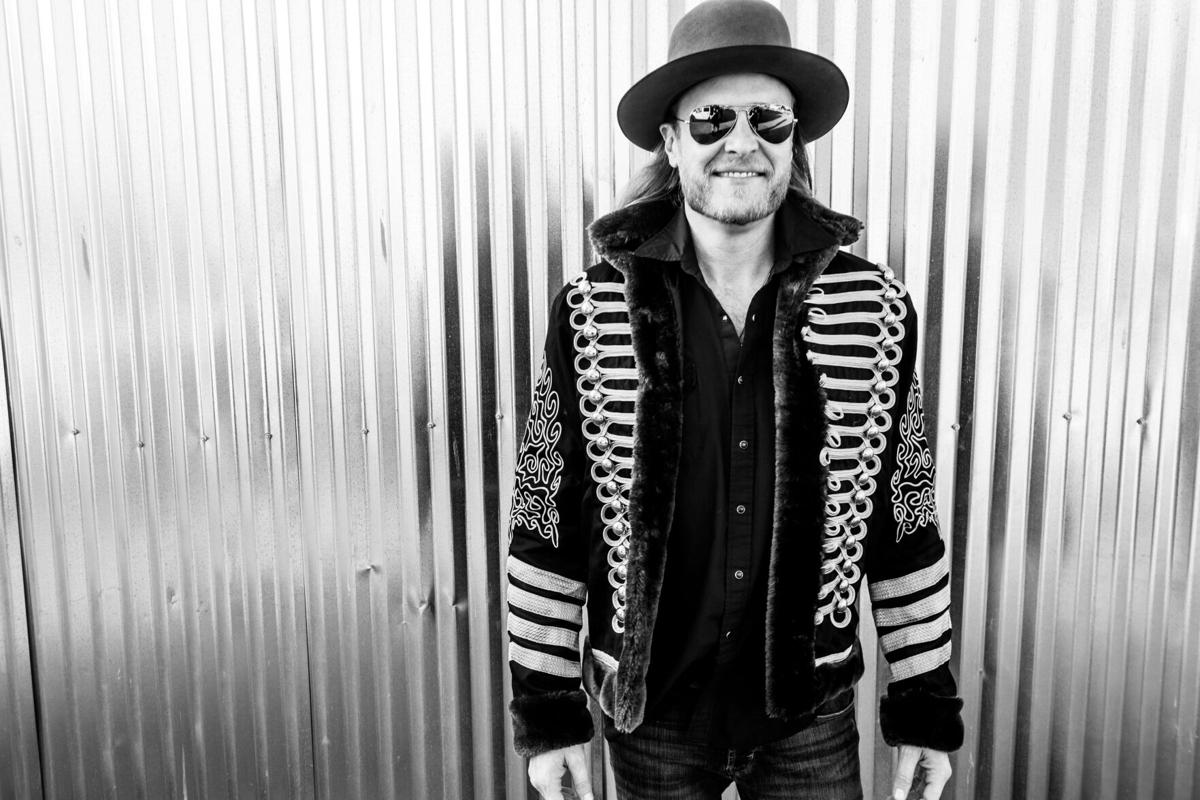 Rick Huckaby's big break in Nashville came when he was hired to play acoustic guitar for country music star Tracy Lawrence. Huckaby's been writing and playing music in Nashville ever since. 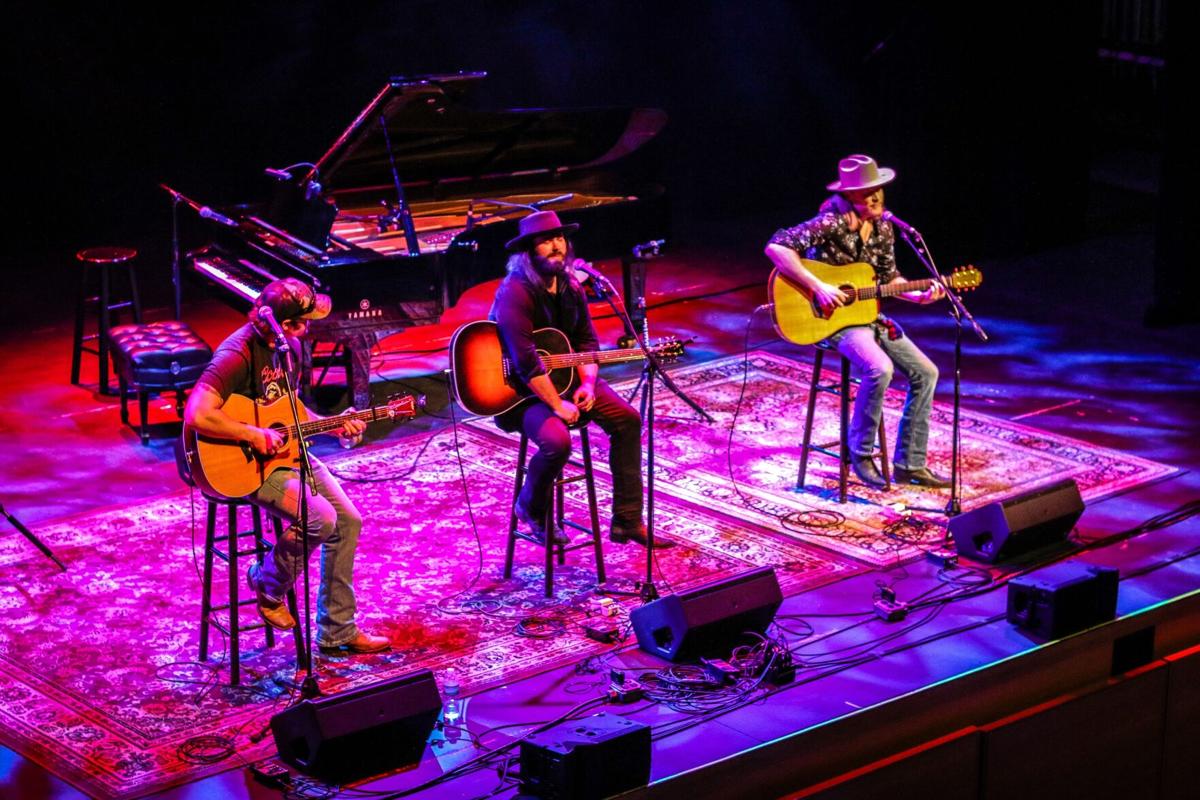 Playing in a songwriters circle at the Manship Theatre in 2019 are, from left, Blake Griffith, C.J. Solar and Rick Huckaby. This performance setup offers the audience a more intimate show than a regular concert setting.

Rick Huckaby's big break in Nashville came when he was hired to play acoustic guitar for country music star Tracy Lawrence. Huckaby's been writing and playing music in Nashville ever since.

Playing in a songwriters circle at the Manship Theatre in 2019 are, from left, Blake Griffith, C.J. Solar and Rick Huckaby. This performance setup offers the audience a more intimate show than a regular concert setting.

The past year has felt like a sad country song for performers used to drawing inspiration from a live audience of music fans.

Songwriter and performer Rick “Huck” Huckaby, who was born in Baton Rouge but now calls Nashville, Tennessee, home, has missed playing regular shows, which all but dried up during the pandemic, but are finally starting to come back.

“A big part of live music is emotional — that exchange between fans and you,” Huckaby said. “It makes you really appreciate being able to play for an audience.”

That's why Huckaby’s thrilled about returning to the stage in Baton Rouge for this weekend’s Third Street Songwriters Festival.

The event was moved from downtown to the Pointe-Marie development near L’Auberge Casino, where a grassy town square and pavilion stage allow for social distancing.

Huckaby and fellow Louisiana natives/hit songwriters C.J. Solar and Blake Griffith headline the Songwriter Showcase from 7 p.m. to 10 pm. Saturday. Tickets are $20 and available at thirdstreetsongwritersfestival.com.

The Baton Rouge native was raised in a music-filled home. His mom, Kay Fischer, grew up in Rapides Parish listening to country artists like George Jones and Buck Owens. His dad, the late basketball coach Rick Huckabay Sr., listened to rock bands like Creedence Clearwater Revival and The Rolling Stones.

(The younger Huckaby dropped the second “a” in his last name to make it easier to pronounce.)

“Besides basketball, music was like a second big thing in our home,” he recalled. “My parents took me to some great concerts starting when I was young.”

Huckaby played drums, guitar and sang in various bands after his family moved to West Virginia. In 1996, he moved to Nashville to pursue his musical dreams.

Huckaby worked in construction for two years until his big break — an audition to play acoustic guitar for country music star Tracy Lawrence. He got the job, hit the road and was soon performing at stadium venues like Houston’s Astrodome.

Huckaby has been writing and playing music in Nashville ever since.

He uses a Lowden acoustic guitar he bought in 1999. He also plays a Fender Telecaster and Stratocaster in his blues band, Big Shoes, and lately has fallen for the sexy tones of a Gibson Les Paul.

But unlike those amped up shows, Saturday night’s showcase will be an intimate acoustic experience.

“It’s one of my favorite formats because you get to sort of show the song in its purest form,” he said. “It’s bare-bones, just how the songs were written — just you and an acoustic guitar.”

Between selections, songwriters will share stories behind their songs. Take, for example, the spontaneous origins of the 2012 hit, “Beer With Jesus” by Thomas Rhett.

“I was invited to a writing appointment with Thomas and (songwriter) Lance Miller,” he explained. “I think it was Thomas who first said, ‘having a beer with Jesus,’ and I jumped on it. I said, 'We’ve got to try to write that.'”

If I could have a beer with Jesus

Heaven knows I'd sip it nice and slow

The three worked on and revised the song for the next few hours until they’d crafted a country hit:

How'd you turn the other cheek

Do you hear the prayers I send

What happens when life ends

And when you think you're comin' back again

With their hopped up, future hit in their heads, they broke for lunch.

“But Thomas hadn’t turned 21 yet so he couldn’t order a beer,” Huckaby recalled with a chuckle.

“Beer with Jesus” eventually went gold, selling more than half a million digital copies and winning Rhett a record contract.

Huckaby also wrote the top 20 hit “Muddy Water” for Trace Adkins, and he continues to write songs for his own independent records and for other artists. Record companies often pair Huckaby with new artists to help grow their catalogue of original songs.

Hit songs, of course, are tough to come by in the competitive music business. Huckaby said he tries to approach music with humility, and, since the pandemic, a newfound appreciation.

“Music is a gift and we’re just stewards passing it along,” he said. “I play as much as I possibly can and balance that with songwriting.”

He paused, adding with a chuckle, “One more year without a real job.”

Wait, isn’t that a country song?

COVID got you craving live music? Check out this outdoor Baton Rouge festival on Saturday

Following a last-minute pivot to a virtual presentation in 2020, the Third Street Songwriters Festival returns Saturday as an in-person event.