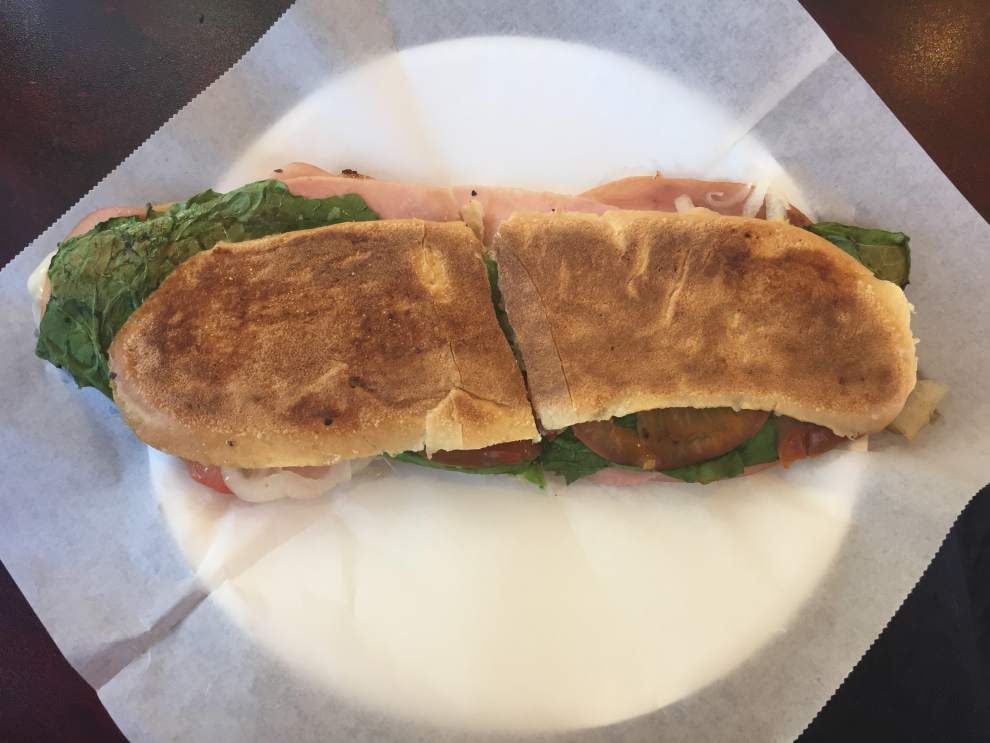 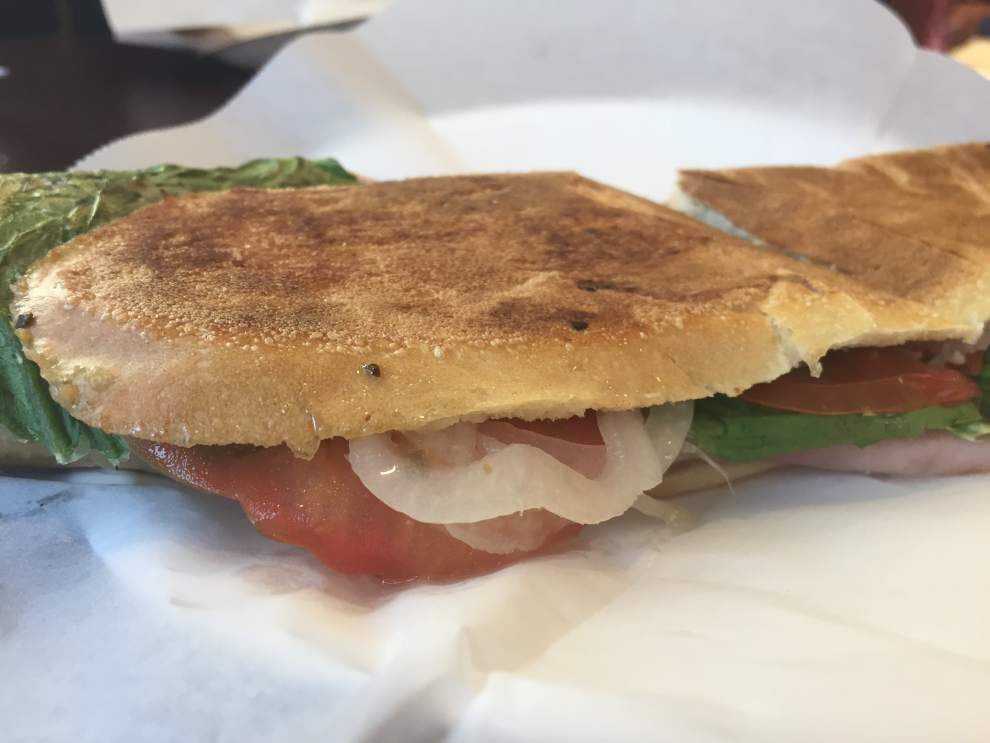 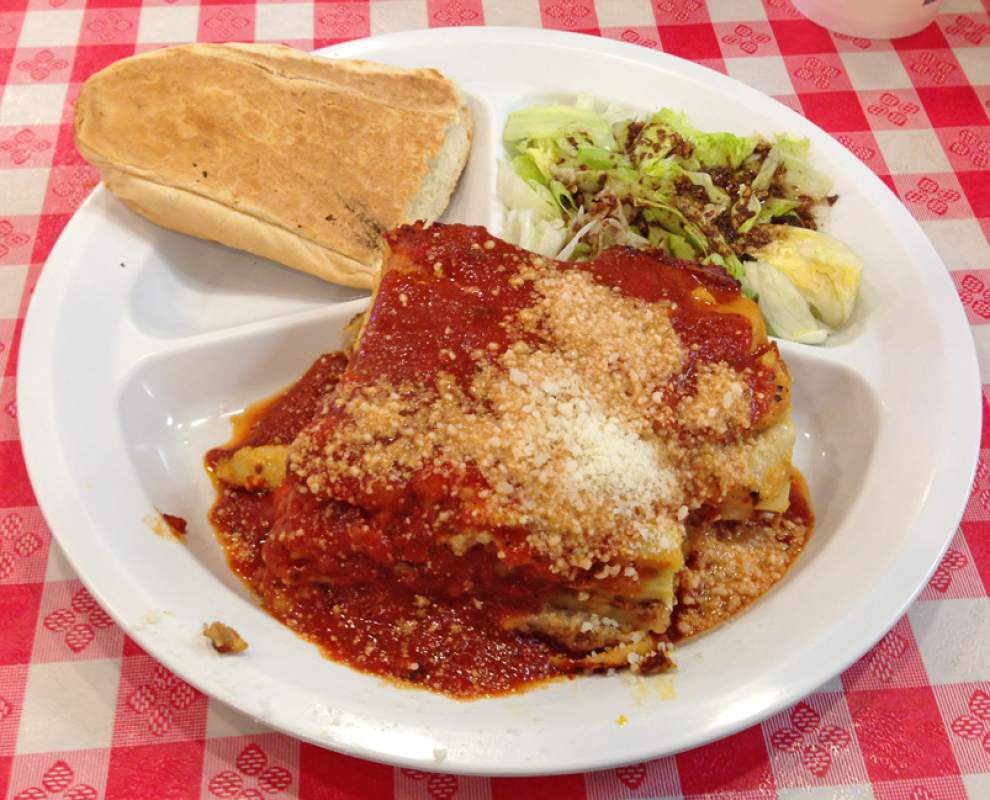 Advocate staff photo by GEORGE MORRIS -- Lagagna is one of the daily plate lunch specials at Anthony's Italian Deli. 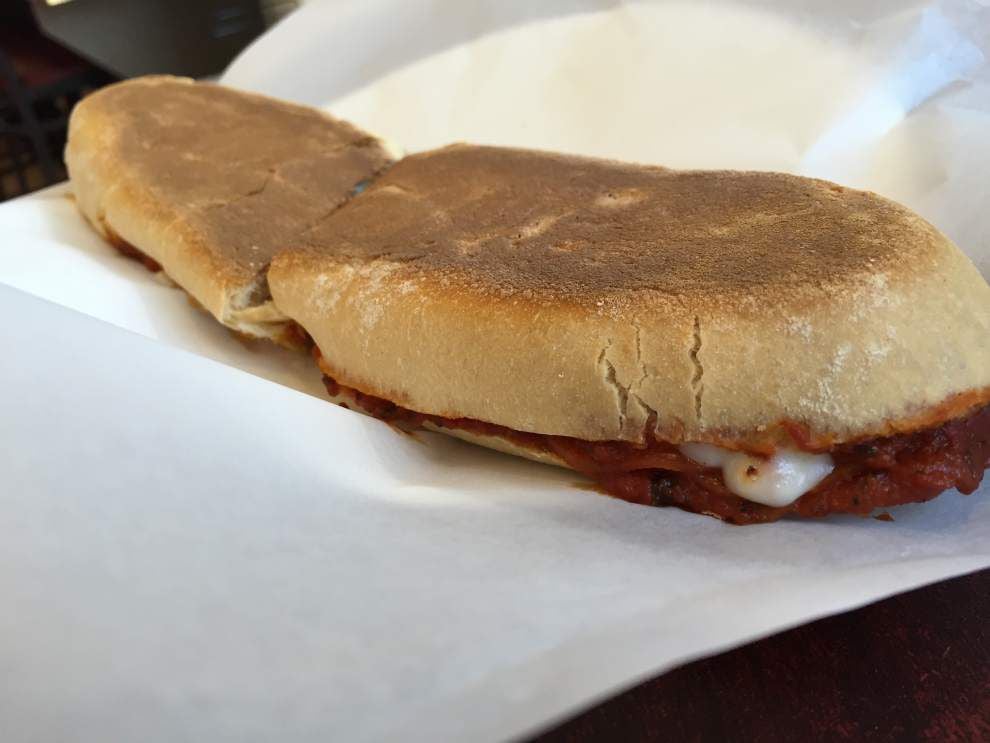 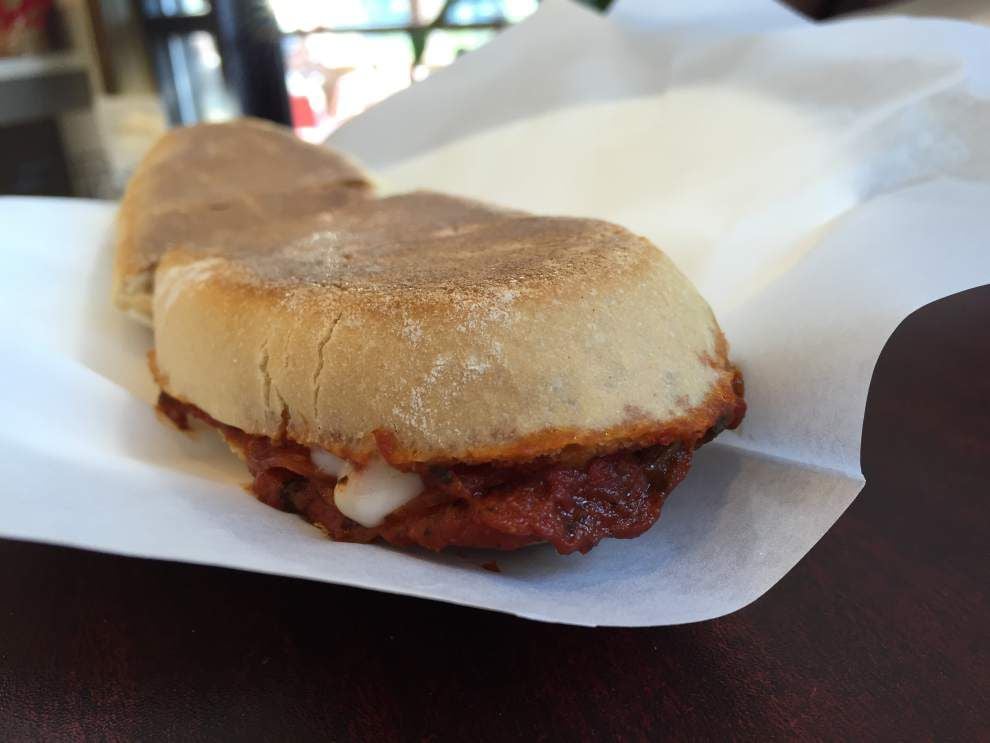 Advocate staff photo by GEORGE MORRIS -- Lagagna is one of the daily plate lunch specials at Anthony's Italian Deli.

It may be an irrational fear, but when an eatery moves from a long-standing location to someplace new, patrons may worry that something important got left behind. Creatures of habit, we are.

Patrons of Anthony’s Italian Deli have nothing to dread. The new Anthony’s is no longer a hole in the wall, and there’s nothing wrong with that.

Not that the old place was without its charms, tucked as it was in the back of a building on Florida Boulevard, a location so obscure that even the sign near the service road only provided a hint of where the actual deli might be. But those who searched were rewarded with mouth-watering sandwiches and daily plate lunches.

It doesn’t take Lewis and Clark-level skill to find the new version near the intersection of Government Street and Jefferson Highway. And, while cozy, there is still room for 40 or so diners to pack the place during a busy lunch hour, as we recently discovered.

One thing we already knew from previous visits is that the muffuletta ($14.85 whole, $9.85 po-boy) is a delight. Mortadella, ham, Genoa salami, capicola and provolone cheese form the basis of this enormous sandwich, and a tangy olive mix brings it all together. The muffuletta is pressed on a hot grill to melt the cheese.

Likewise, the Italian deli special ($14.85; the smaller Italian lover, $9.85) is a satisfying sandwich. Filled with genoa salami, ham, cappicola, mortadella and provolone cheese, the sandwich captures the flavors you’re likely to find at a small outdoor café in Italy. Also underneath the light, crispy bread are romaine lettuce, tomatoes, marinated onions and a light, zesty dressing that complements the rest of the sandwich.

The homemade meatball po-boy ($10.55; large, $15.95) is close to a foot long. Cut in half, each portion packs three golf-ball-sized meatballs, also cut in half to make consuming the large sandwich a bit more manageable. These are not spicy meatballs, but nicely spiced meatballs, with garlic and sweet basil prevalent. The surrounding tomato sauce is slightly sweet and quite thick, making for a juicy but not dripping sandwich. Also helping keep the meatballs inside the fresh bread is a generous amount of melted mozzarella cheese. The sandwich was pressed and toasted, adding a nice little crunch.

The pepperoni pizza po-boy ($14.85, $9.85) is extremely good, even if you’re not into alliteration. The bread is crispy on the crust and a tad soft — but not chewy — inside. But the star of this sandwich is the pepperoni. It’s not those little pepperonis we see on American pizza. It comes with big, thin slices of pepperoni that combine a wonderful spice with a salty cured pork flavor. The only condiment is a little bit of tomato sauce that is carefully balanced between sweet and spicy, and the melted mozzarella cheese is just enough cheese to complement the pepperoni,

Although sandwiches define Anthony’s, we checked out the lasagna ($11.99) on a Wednesday lunch visit.

It’s a filling portion — dense, meaty, cheesy and covered in the satisfying marinara sauce that is neither too sweet nor too acidic. Our serving wasn’t cold but could have been warmer. The salad is quite ordinary, with a balsamic vinaigrette on iceberg lettuce.

That’s not enough to stop us from coming back though. Anthony’s, wherever it is located, is still a Baton Rouge favorite and with good reason.