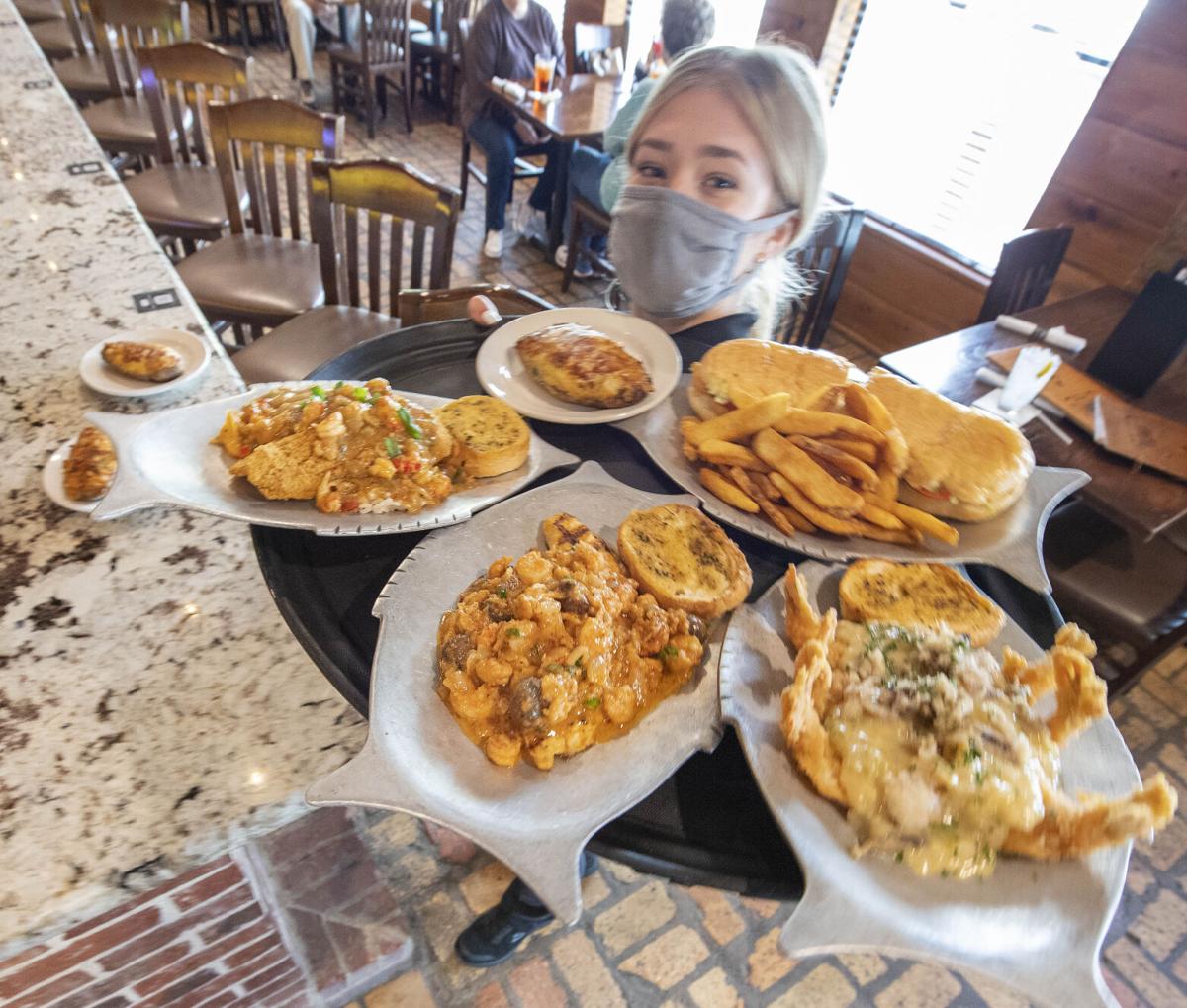 Alyssa Stewart serves up some of the dishes that have been on the menu for 46 years at Mike Anderson's Seafood. 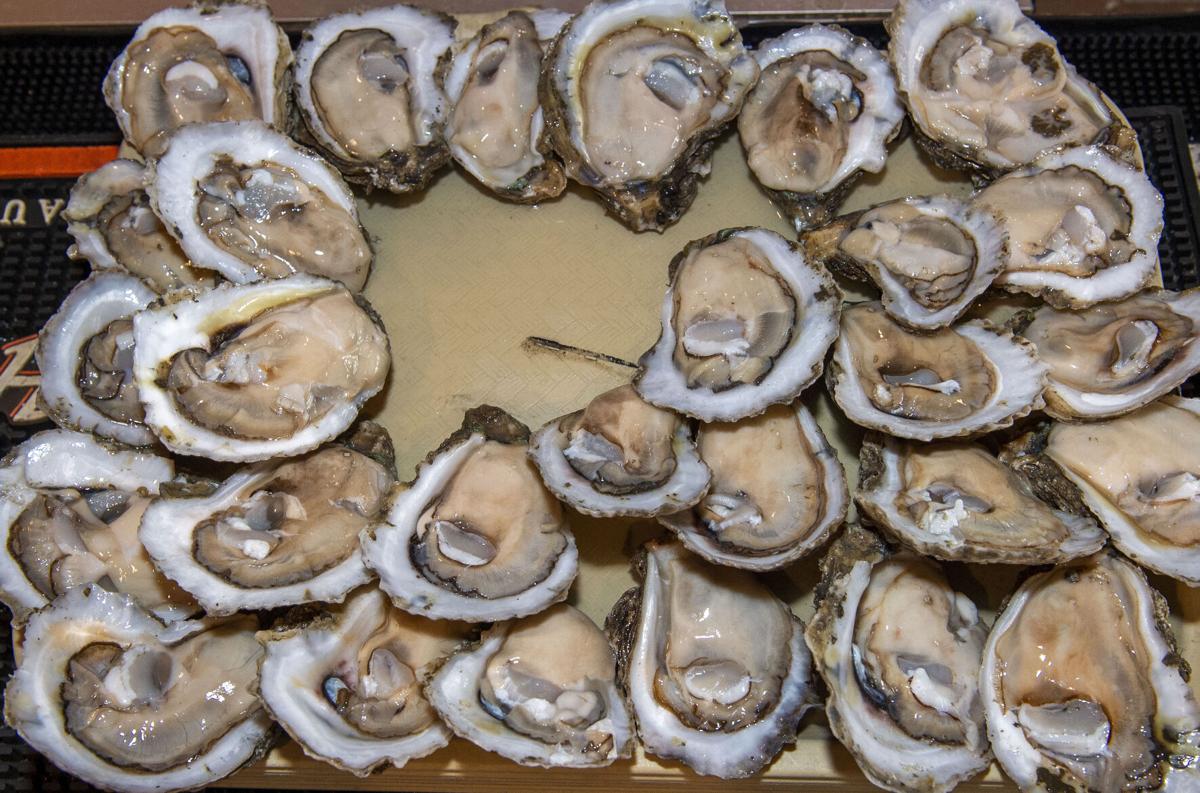 Oysters on the half shell are always ready at the oyster bar at Mike Anderson's Seafood. 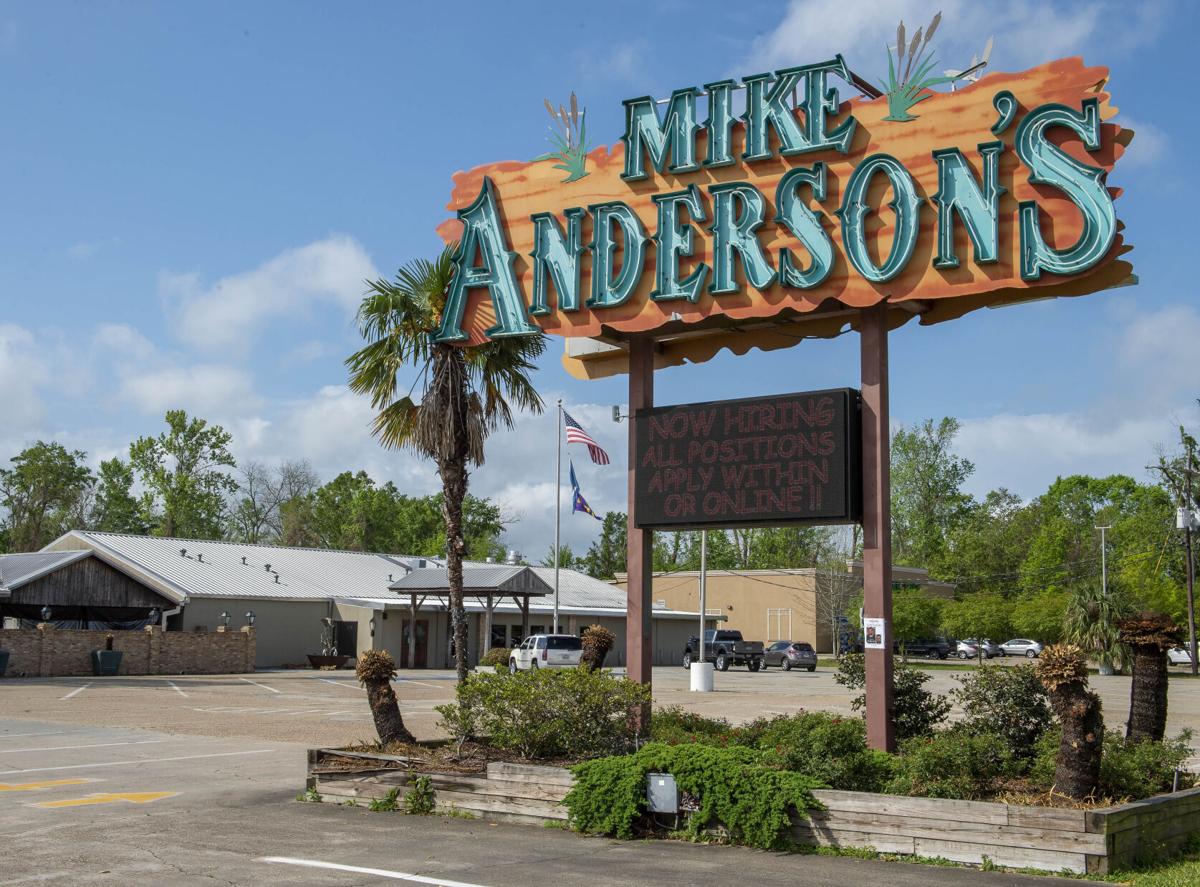 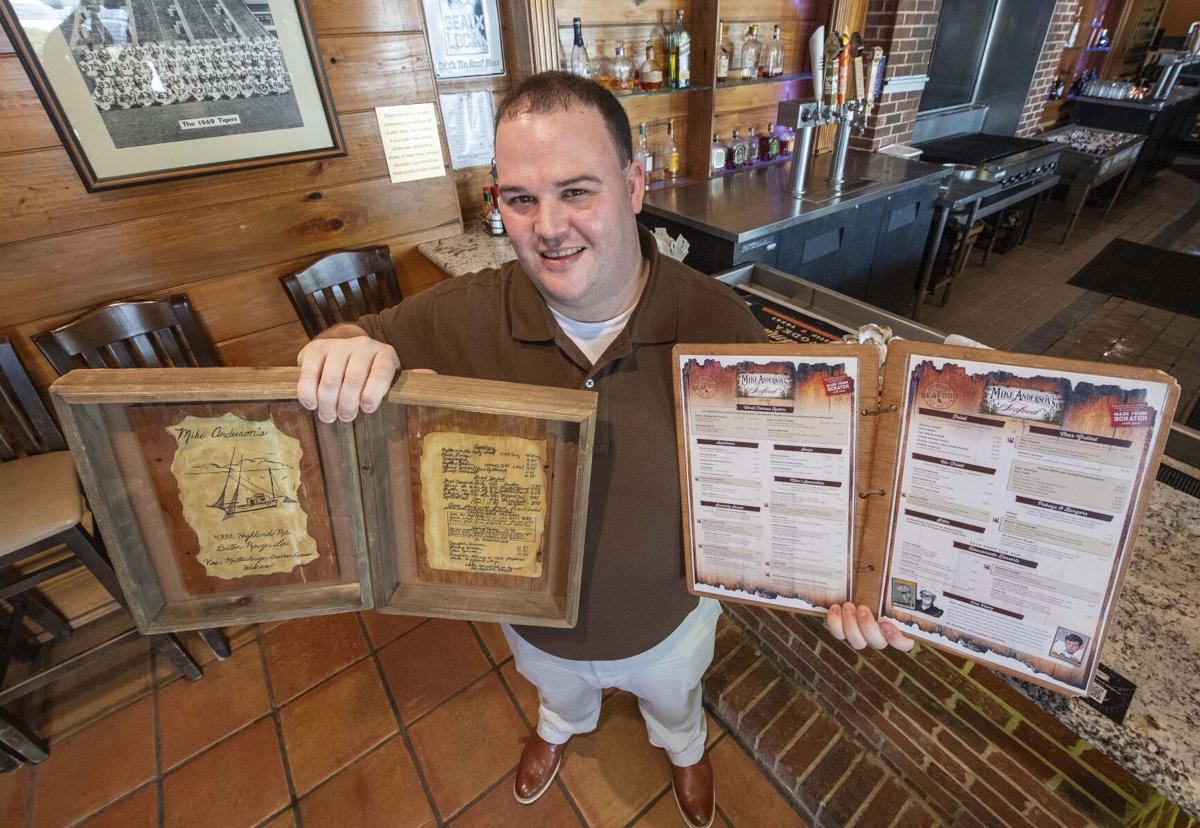 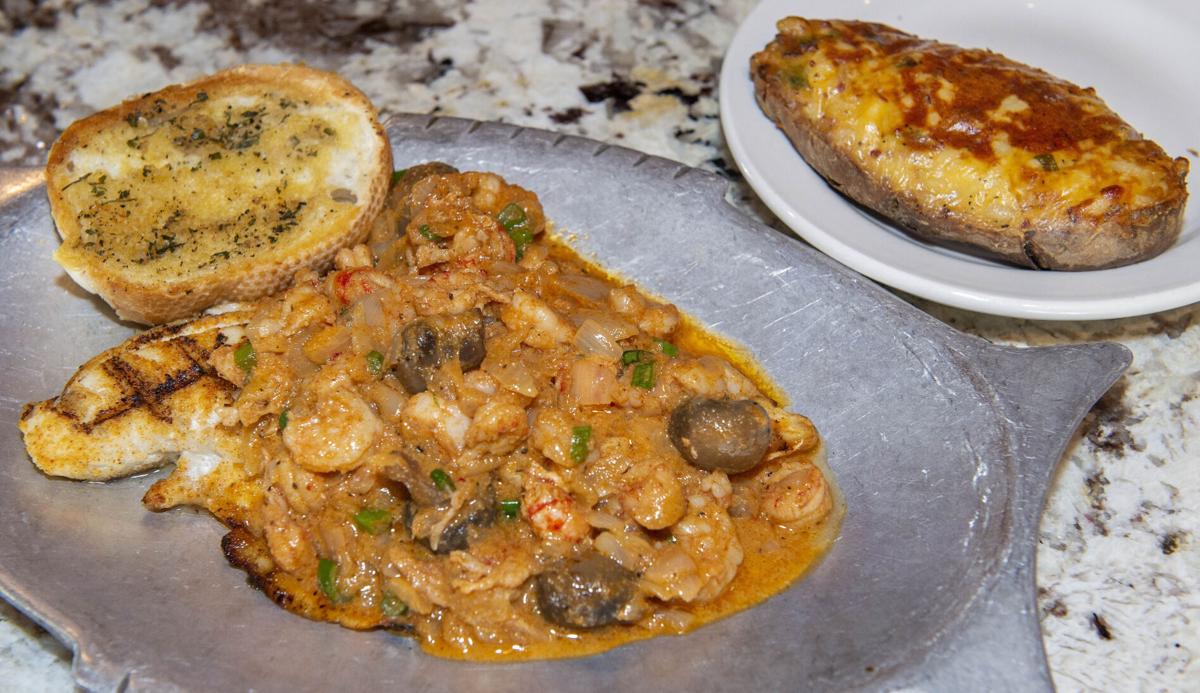 The Guitreau, a customer favorite, is grilled mahi-mahi topped with crawfish, shrimp and mushrooms and served with a stuffed potato.

A shrimp po-boy with fries is a popular menu item at Mike Anderson's Seafood. All of the restaurant's ingredients are locally sourced. 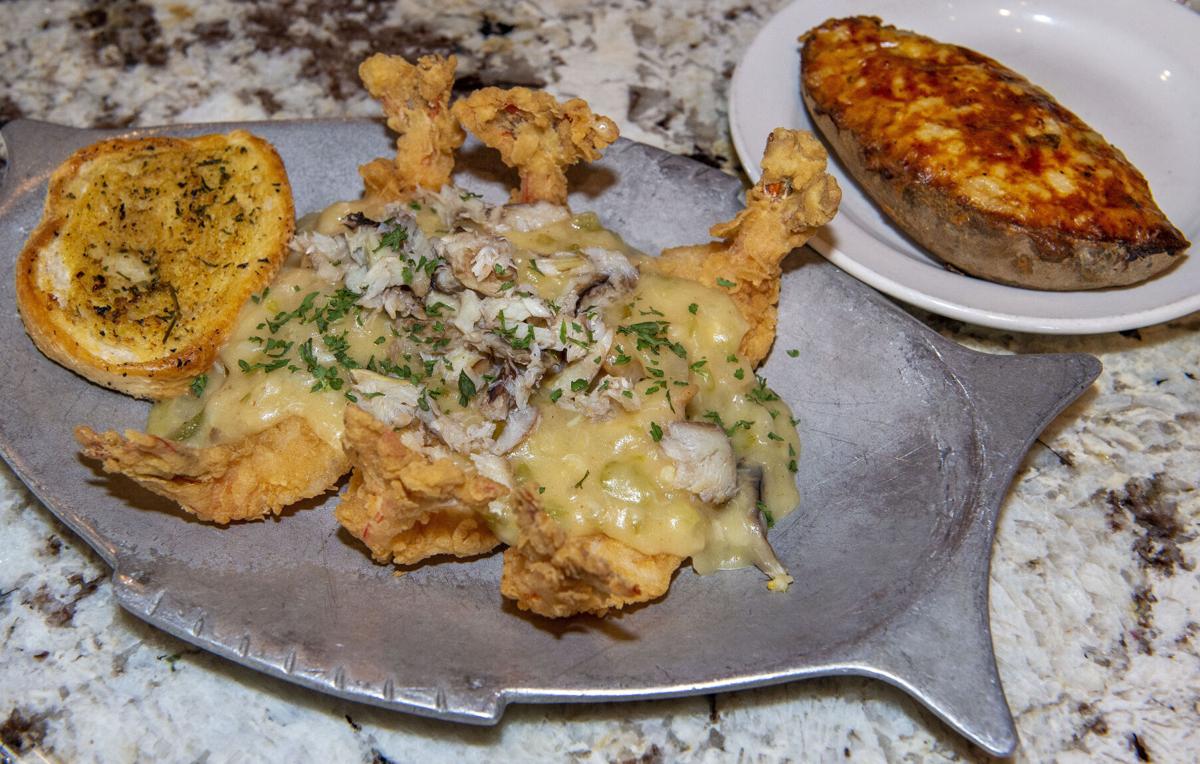 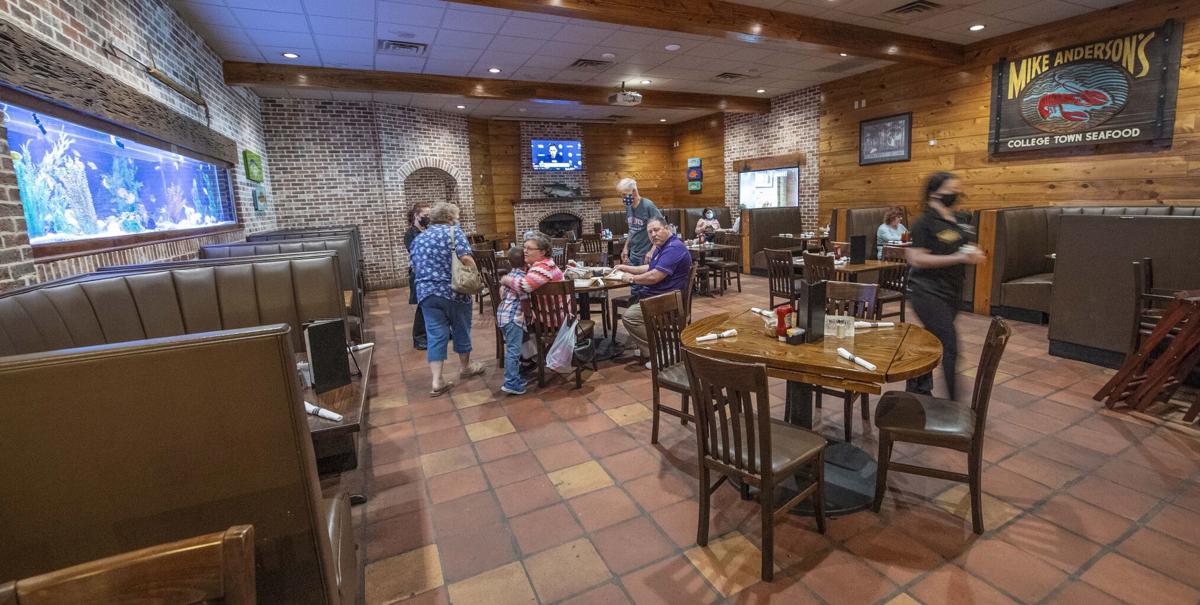 Many of the customers at Mike Anderson's Seafood come for the service as much as the food. 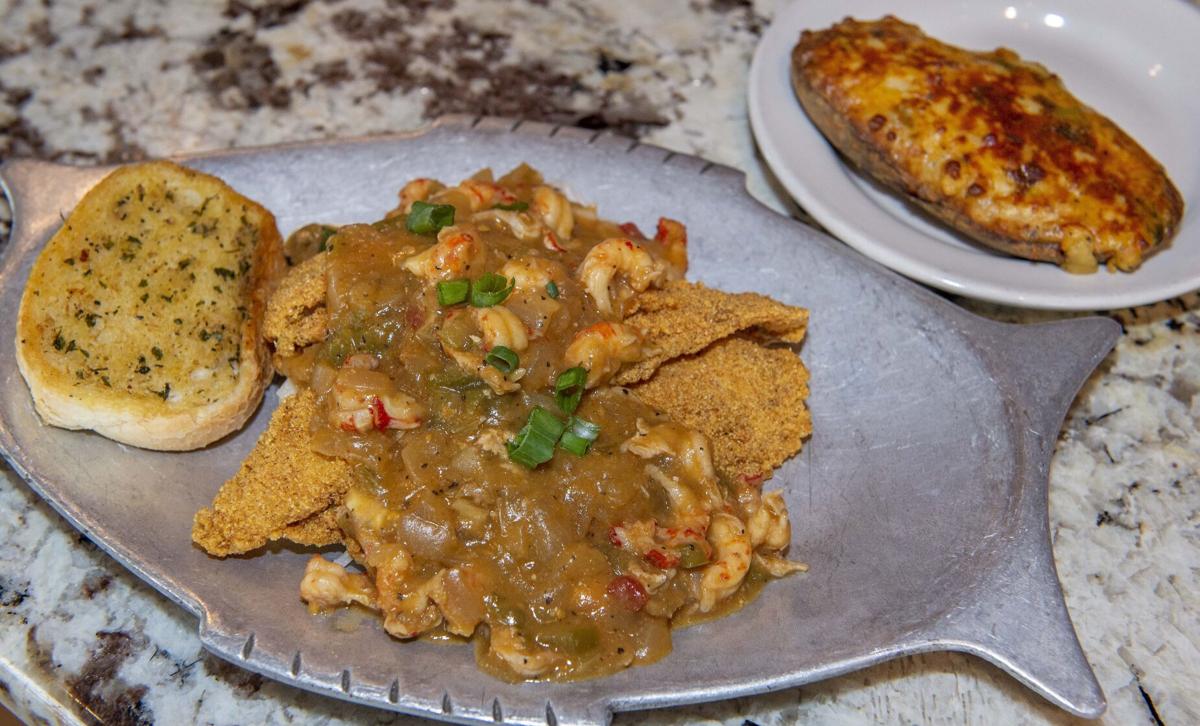 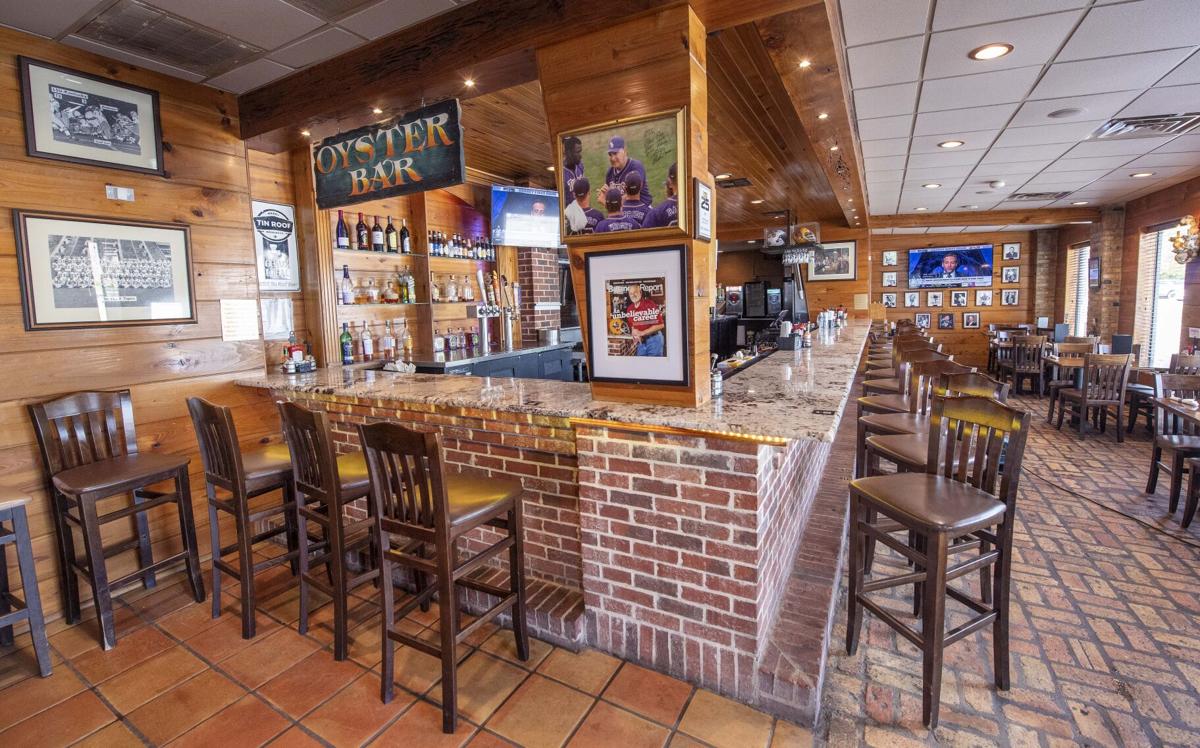 Alyssa Stewart serves up some of the dishes that have been on the menu for 46 years at Mike Anderson's Seafood.

Oysters on the half shell are always ready at the oyster bar at Mike Anderson's Seafood.

The Guitreau, a customer favorite, is grilled mahi-mahi topped with crawfish, shrimp and mushrooms and served with a stuffed potato.

A shrimp po-boy with fries is a popular menu item at Mike Anderson's Seafood. All of the restaurant's ingredients are locally sourced.

Many of the customers at Mike Anderson's Seafood come for the service as much as the food.

Customers always have their favorites at a restaurant.

At Mike Anderson's Seafood, quite often that favorite is as much about the food as it is about the server.

"They'll say, 'Oh, I want to sit with Miss Desiree today,'" said general manager Josh Jones. "And if Miss Desiree isn't here on that day, they're asking for their second choices, 'So, well, what about, uh, you know, is this person?' We see it on a daily basis here. It's like a family."

Desiree Thibodeaux has been part of the family for 25 years.

And that family connection between customers and staff along with a menu that's served up the same great dishes for 46 years is what has made Mike Anderson's a success.

The restaurant is named for its owner, an All-American linebacker at LSU from 1967 to 1970. Mike Anderson opened his restaurant in a small house outside LSU's North Gate in 1975, then moved the restaurant to its current location at 1031 W. Lee Drive in the 1980s.

That's not to say changes haven't been made in the restaurant's almost five decades. Anderson has retired from the day-to-day operations, which are now overseen by his son and co-owner, Mike Anderson Jr. Anderson's brother-in-law and nephew, Harry and Chip Robert, own the Mike Anderson's franchise in Gonzales.

Through the years, Mike Anderson's also opened locations in the New Orleans Riverwalk and in Central, which closed after the 2016 flood.

But none of that has changed the menu and the service customers have come to expect.

Rounding out the favorites are the fried shrimp po-boy and oysters on the half shell, which are always ready to go at the oyster bar.

"All of our ingredients are locally sourced, and the recipes have never changed," Jones said. "We've changed the menu a little bit, more or less just taking some things off to simplify it because we had such a humongous menu when I started. But if there's something that isn't on the menu, and we have the product in the building, the regulars know that if they ask for it, we'll make it. If something works, why change it?"

In addition to what's on the menu, the restaurant offers monthly specials of dishes formerly on the menu, which includes choices between two appetizers, two entrees and a dessert.

"That's where we broadcast some of that stuff that our customers want to see," Jones said. "That's what keeps it flowing."

Jones came on board four years ago as executive chef. He was later promoted to general manager and had to take on the roles of events manager and marketing during the pandemic.

Event bookings have risen since the state's easing of pandemic restrictions in March, but, as was the case with most area restaurants, business was uncertain last year at this time.

"It (the pandemic) definitely made a major impact on our business and our industry as a whole," Jones said. "When it happened, we didn't really know the extent of what was going on and the impact that it was going to have on us for the next year and the future."

At the start of the pandemic when state orders shut down dining rooms, Jones said sales dropped as the business focused on to-go and curbside service. But no workers were furloughed.

After Ruffin Rodrigue's death, his Baton Rouge restaurant is working to 'celebrate life'

Ruffino's Italian Restaurant is a celebration of late owner Ruffin Rodrigue's life and those who knew him.

"The government tried to assist as they could, but it was a major adjustment as a whole," Jones said. "Everybody pitched in and did more than normal, and we sustained it. We've been here for 46 years, so we definitely appreciate all our loyal customers that have supported us and kept us with our doors open."

Some workers opted to leave because of health risks. Others decided to take advantage of the federal government's hefty unemployment benefits package.

"But we still didn't lay off anybody," Jones said. "But as far as just operations in general, we noticed that we can get the job done with less people, and that wasn't by choice. We're still hiring, that's everybody, but I think the major thing was we had to get an idea of what we had and try not to affect the quality of the food or the guest experience as a whole."

Chef George Krause runs the kitchen at Doe's Eat Place, but it all started at home

George Krause grew up in the kitchen, so it's no surprise that's where you'll still find him today.

In the end, it was all about keeping within the standards set by Mike Anderson all those years ago.