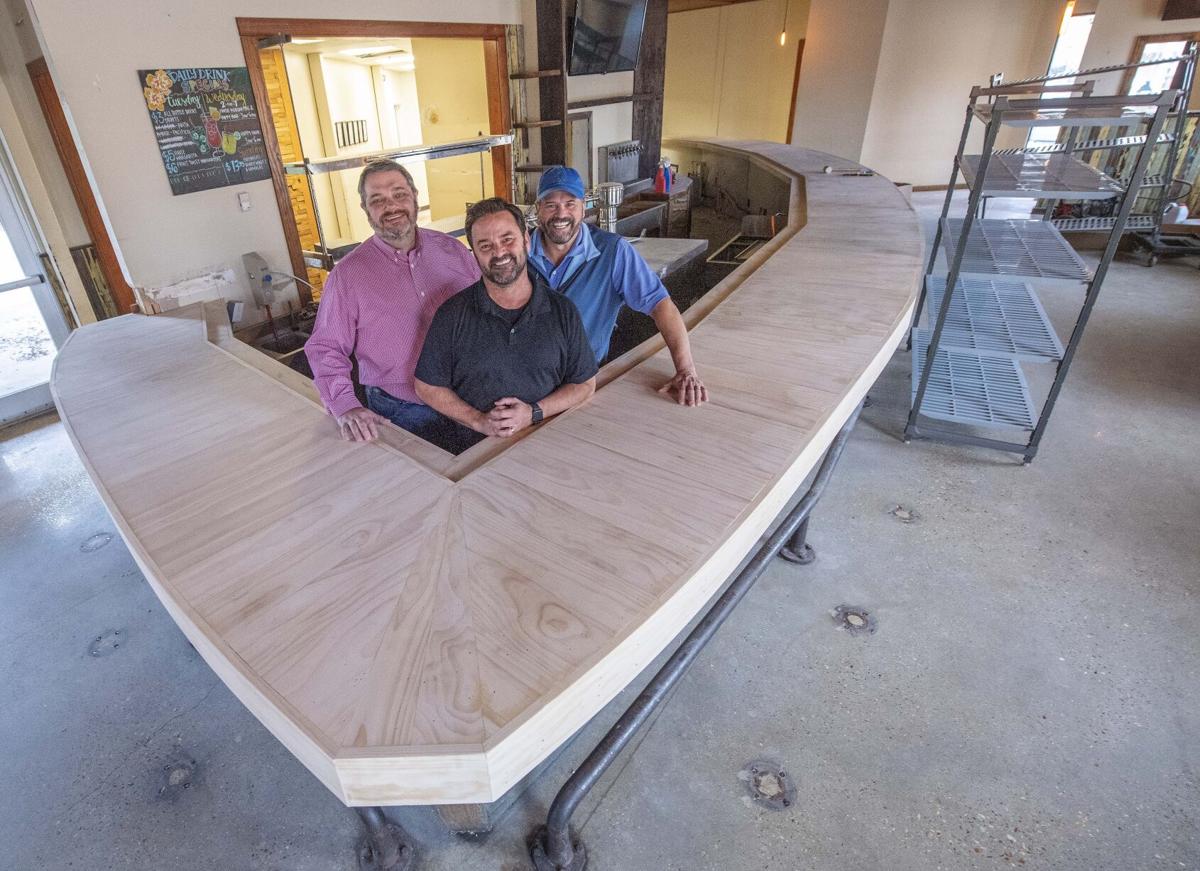 Partners Peter Sclafani, Kiva Guidroz and Michael Boudreaux, from left, stand behind the new bar at SoLou, a restaurant opening in February in what was the Rum House on Perkins Road. 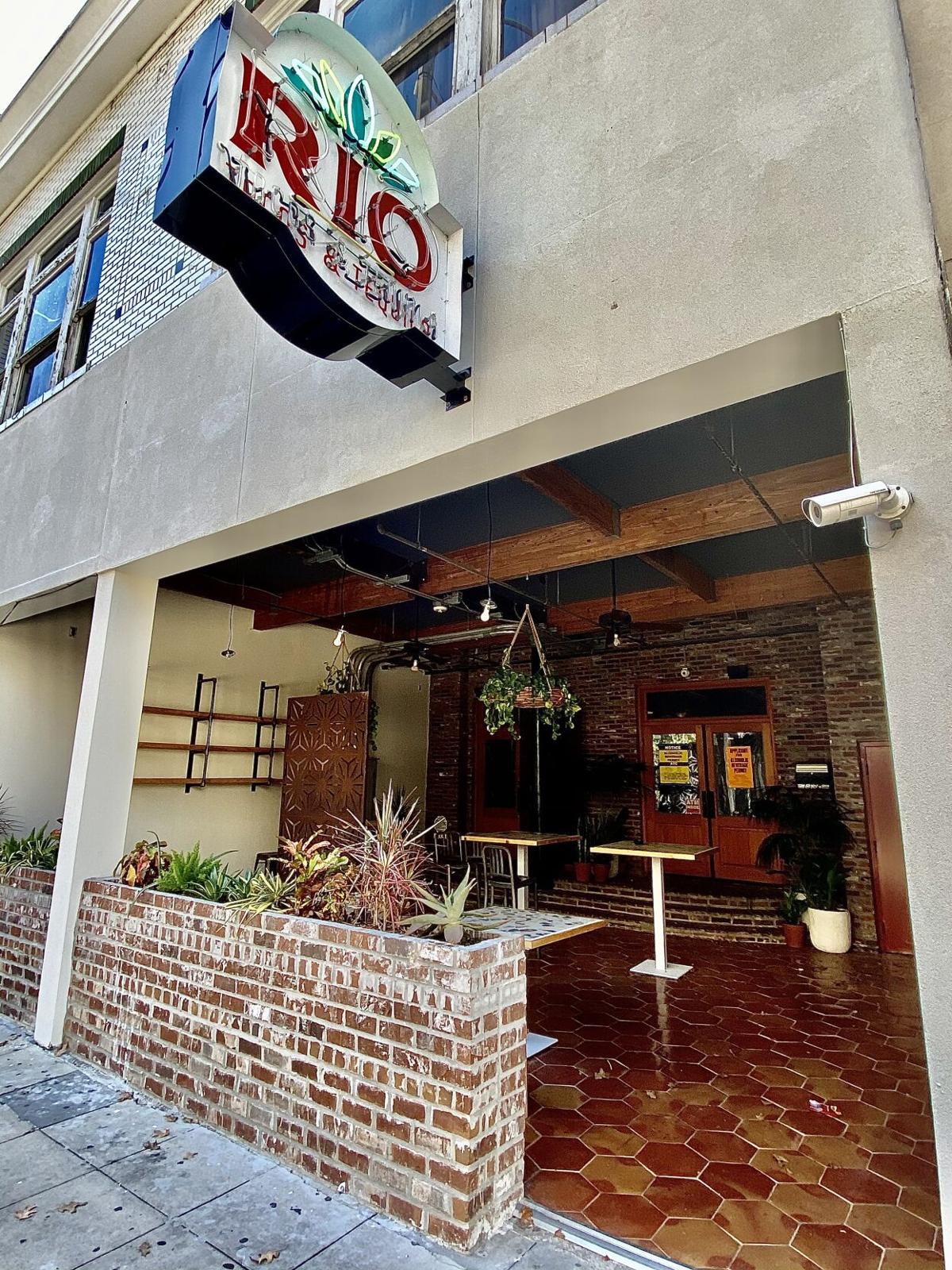 Rio Tacos & Tequila is opening in January on Third Street. 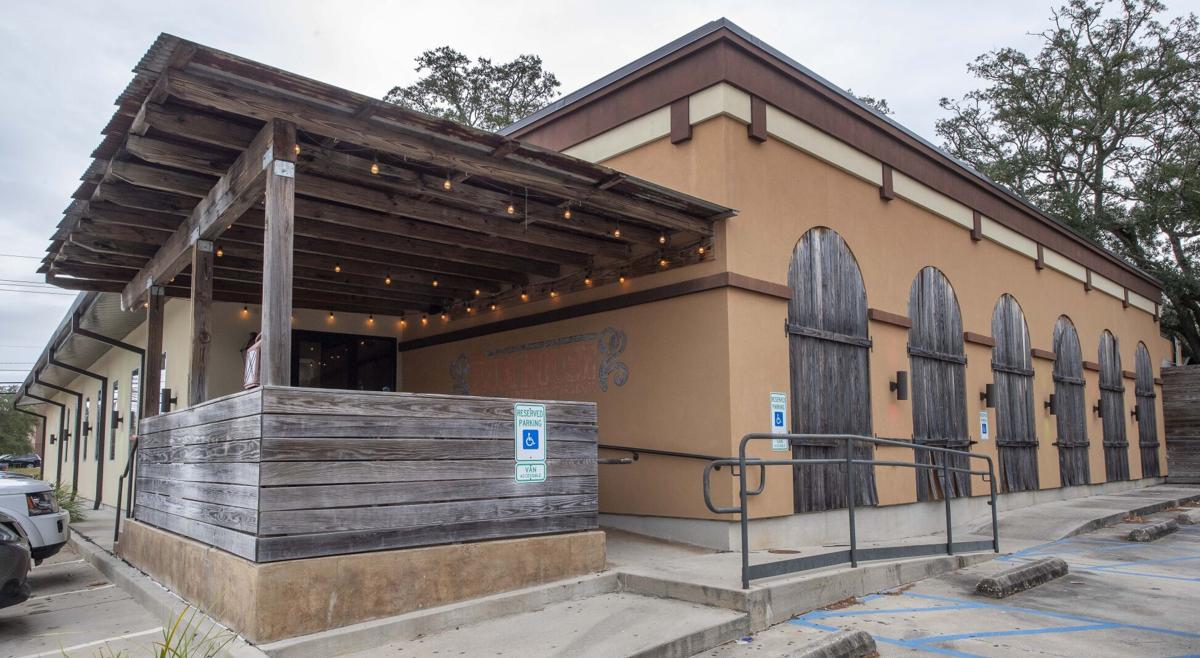 What had been the Rum House will reopen in February, which a menu specializing in Louisiana-inspired comfort foods. 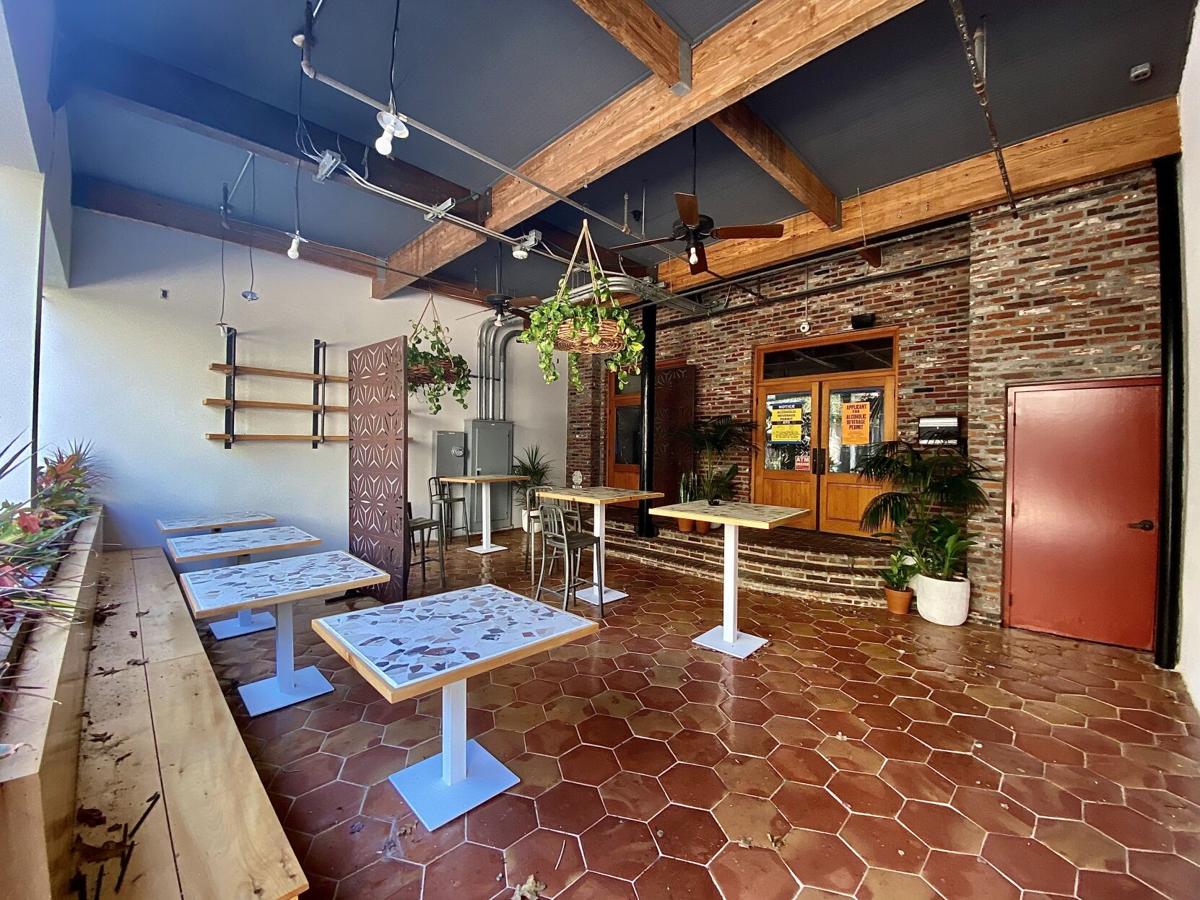 Outdoor dining, like this space at the new Rio Tacos & Tequila downtown, is probably here to stay.

The outdoor dining space at the new Rio Tacos & Tequila downtown looks out on to Third Street.

Partners Peter Sclafani, Kiva Guidroz and Michael Boudreaux, from left, stand behind the new bar at SoLou, a restaurant opening in February in what was the Rum House on Perkins Road.

Rio Tacos & Tequila is opening in January on Third Street.

What had been the Rum House will reopen in February, which a menu specializing in Louisiana-inspired comfort foods.

Outdoor dining, like this space at the new Rio Tacos & Tequila downtown, is probably here to stay.

The outdoor dining space at the new Rio Tacos & Tequila downtown looks out on to Third Street.

Some Baton Rouge restaurateurs are so confident 2021 will be a comeback year for their businesses, they're moving forward with plans to open new establishments.

"Why would a restaurateur be interested in opening a new place during these times?" asked chef Peter Sclafani, who will open his sixth restaurant in February. "I have to be, we need to be hopeful for the future. We have to believe there's going to be an end to this, and I'm banking on the vaccine to help consumer confidence. We need consumers feeling safe going into restaurants."

Where to Go, What to Eat: January brings a seafood throw down, call for volunteers, farmers market returns

The Super Bowl is just around the corner, and we just know the Saints will be in it to win it.

"We're definitely looking at opportunity in 2021," he said. "We feel great about our Congress doing what they need to do to help people. They helped us in the beginning, allowing us to get through the first and second quarters with the restrictions."

Hightower, who reopened Beausoleil with a new concept earlier in the fall, added: "We feel like if things get back to some kind of normal, we'll be there for the customers, ready to serve. We are optimistic."

Sclafani said he believes the latest relief bill from Congress will help provide short-term economic relief with several items benefiting restaurants, including a second round of access to the Paycheck Protection Program.

In early February, Sclafani, in partnership with Kiva Guidroz and Michael Boudreaux, will open a new restaurant in the former Rum House. The restaurant, yet to be named, will specialize in Louisiana-inspired comfort foods and have a large outdoor dining space.

"I think outdoor dining is something that's here to stay," he said. "Now more than ever, customers appreciate outdoor spaces."

As chairman of the Louisiana Restaurant Association, Sclafani also is in-the-know about other area restaurants openings and reopenings, including T.J. Ribs in Prairieville, which he said will be up and running in February.

"Walk-On's is opening new locations throughout the country at a rapid pace," Sclafani said. "Still, we're all scared because we don't know what the future holds. We all get nervous when we see the virus numbers go up, but we're seeing hospitalizations go down and ventilator use go down, because we know more about how to treat it."

Walk-On's is expanding its locations by taking on Atlanta-based private equity firm 10 Point Capital as a strategic partner to help the chain reach its goal of opening 150 locations over the next 5 years.

"Rio Tacos & Tequila will be opening on Third Street in January," he said, noting the restaurant at 333 Third St. originally was set to open in early December.

"They had to push back their grand opening," Tate said. "The group that is opening it also owns and manages Jolie Pearl and the Bengal Taproom. They're doing multiple things downtown."

Tate added that there are still vacant buildings downtown, including the former Lava Cantina at 151 Third St.

"We're hoping a restaurant moves in there," Tate said. "A few restaurants have been thriving, including Jolie Pearl Oyster Bar, which offers live music. Stroube's has brought back its lunch menu, and Cocha on Sixth Street has a built-in crowd."

Tate said the absence of state workers, many of whom are working from home instead of their downtown offices, has affected restaurants, causing such downtown establishments as Batch 13 to temporarily close its doors.

Cheba Hut has been curing diners' munchies since 1998.

"The City-Parish workers returned in May, and as state workers return, business should be picking up," he said. "And Congress' first round of stimulus money was helpful to restaurants in keeping employees. Most of our restaurants have been resilient and have stuck around. A few have taken hiatus, but most plan to reopen."

Other eateries expected to open in the new year (and a few that opened in the closing days of 2020) are:

Even though new places are coming along, many others will never again hang an "open for business" sign.

"Unfortunately, we've lost a lot of restaurants," said Sclafani. "A lot of them are closing and are not going to be able to make it because of what's happened with COVID. The news makes the rest of us sound like bad guys, but I know that's not true. I don't trust South Korean data, I trust what I see with my own eyes — I trust what I already know. And I know the virus is not spreading in restaurants."

"We've always sanitized our surfaces; we've always done these things voluntarily," he said. "We continue to do them, and we've enhanced them even more. We've brought in doctors to test our whole teams, and they told us from the beginning that we were not going to see an outbreak in restaurants."

Bistro Byronz plans to move into the former White Star Market space on the first floor of the Square 46 development.

Sclafani said all of his restaurant employees wear masks and wash their hands, and the eateries have placed hand sanitizer everywhere for both employees and customers.

"We've had a couple of employees who have contracted COVID, but not in the restaurants," he said. "Generally, they contracted it from their homes. Our restaurants are forever diligent about safety. It's our No. 1 expectation for our guests that we'll be safe, and we will serve safe food in a safe environment. We need more guests to understand this."

Customers, however, lose confidence when they hear that states such as Illinois, California and Washington are shutting down restaurant dining when the virus spikes in their areas.

"And when the governor rolls Louisiana's restrictions back to Phase 2, guests think it's not safe to eat at restaurants," Sclafani said. "I take my family out to restaurants, and it's safe. And I'm looking forward to seeing more guests in the future as the vaccine comes available."

Fat Boy's Pizza now serving up 30-inch pies in Baton Rouge and a challenge that could win you $2,500

The new restaurant Chef Peter Sclafani, Kiva Guidroz and Michael Boudreaux are opening in the former Rum House building will be called SoLou.