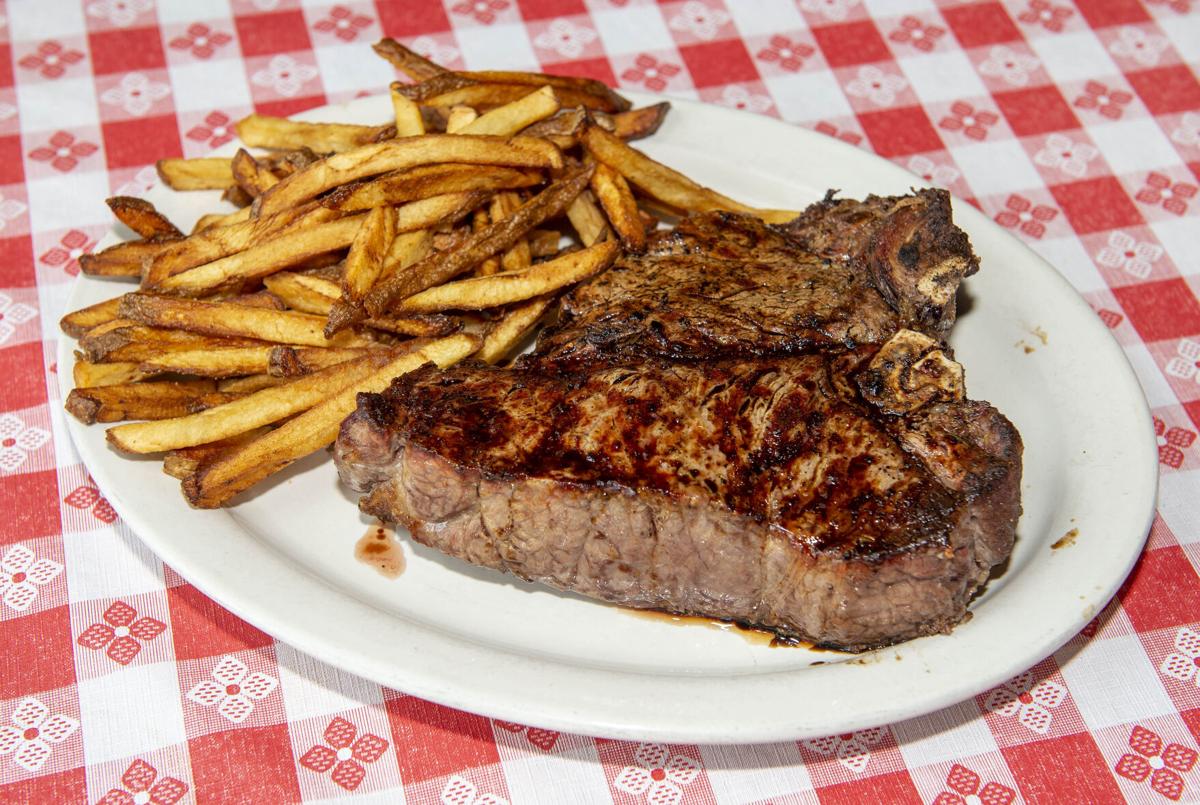 Doe's Eat Place is known for its steaks, particularly its porterhouse steak, which is served with fries. 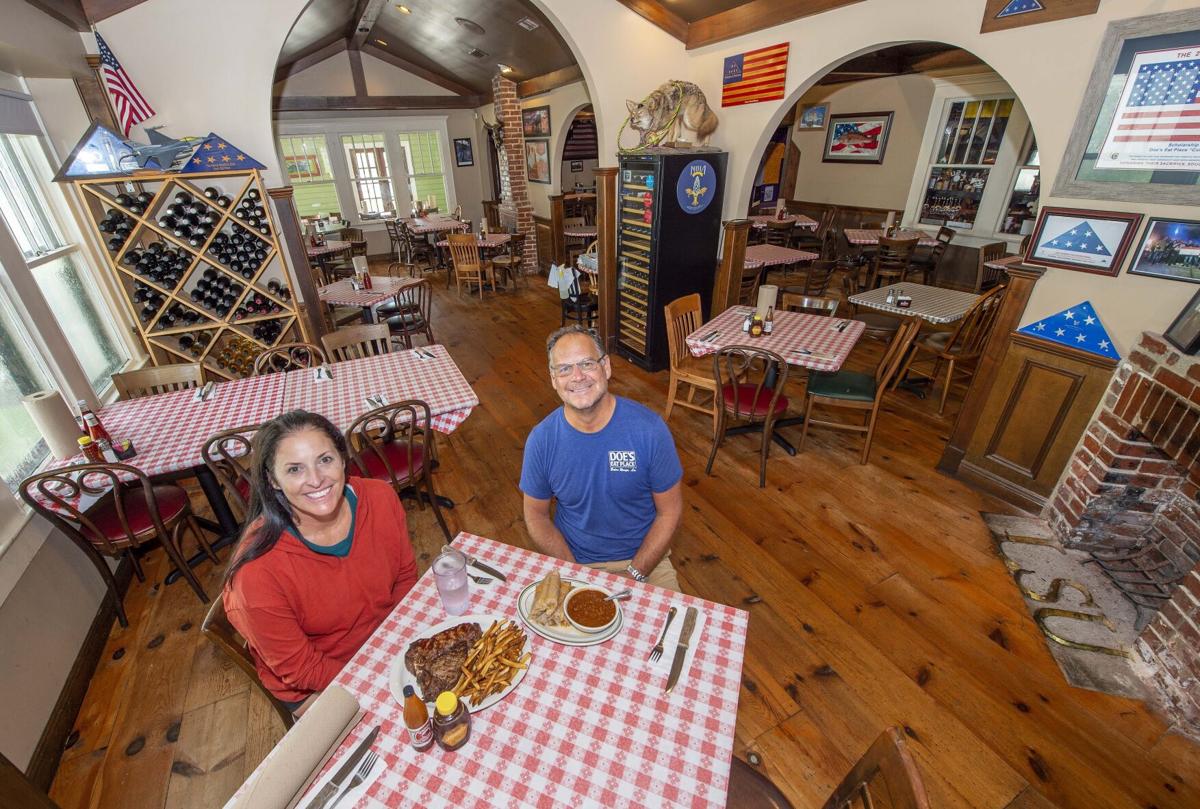 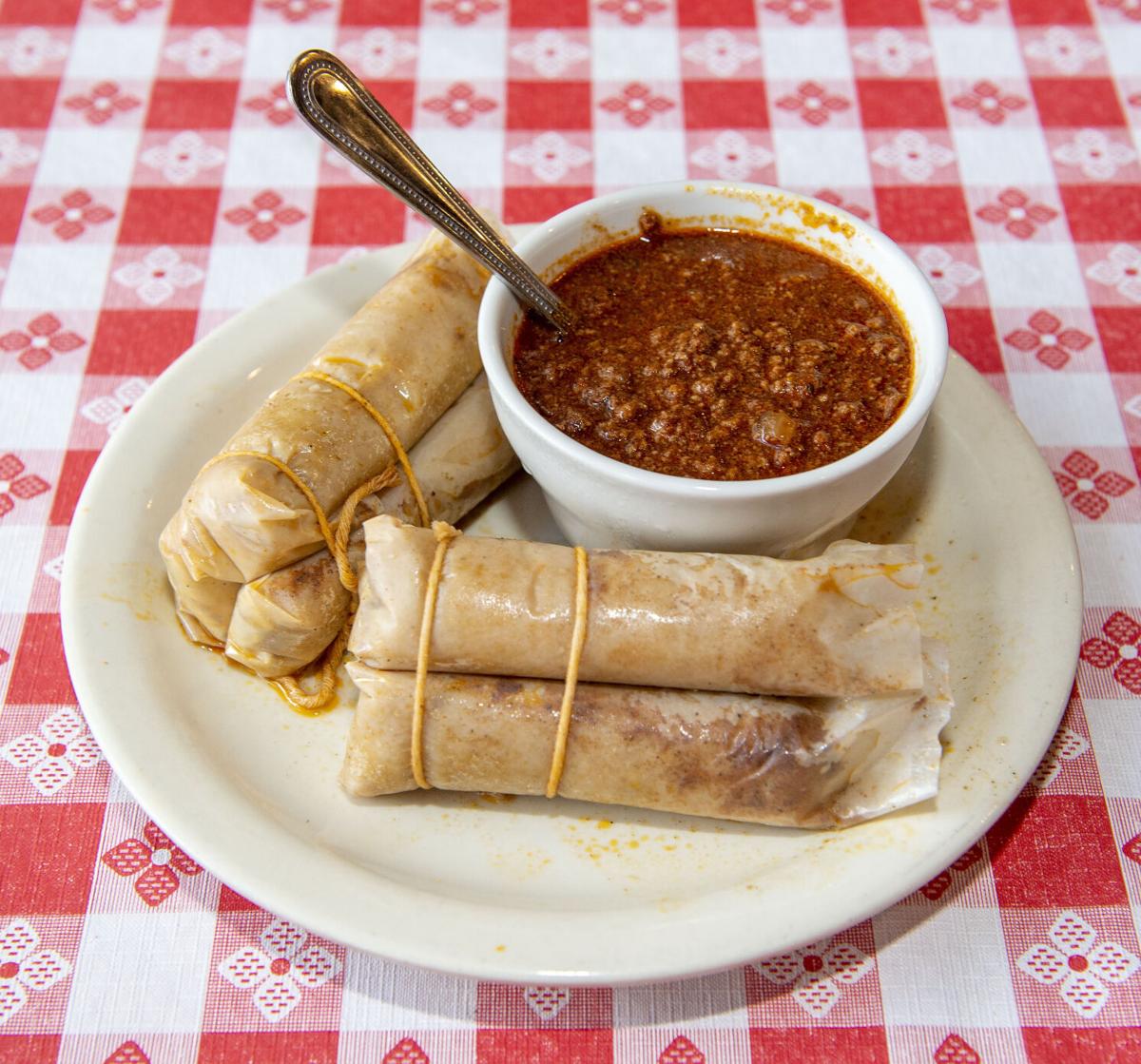 Delta Hot Tamales served with a bowl of chili are a customer favorite at Doe's Eat Place. 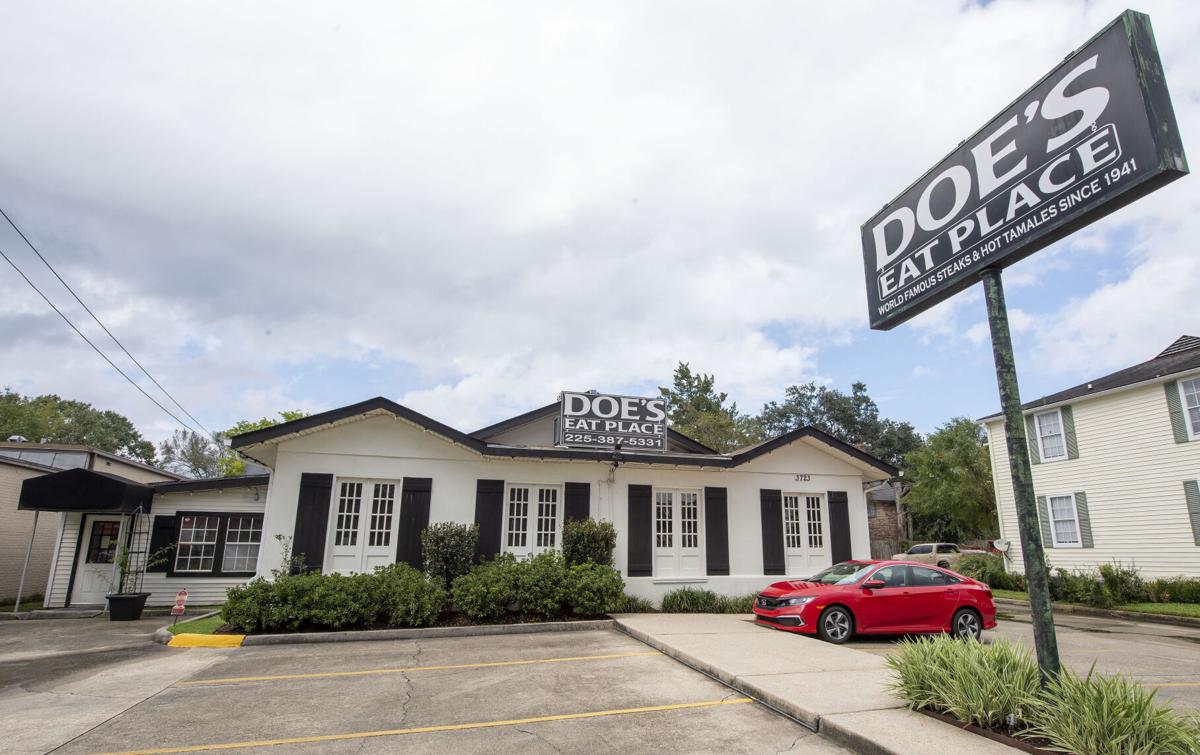 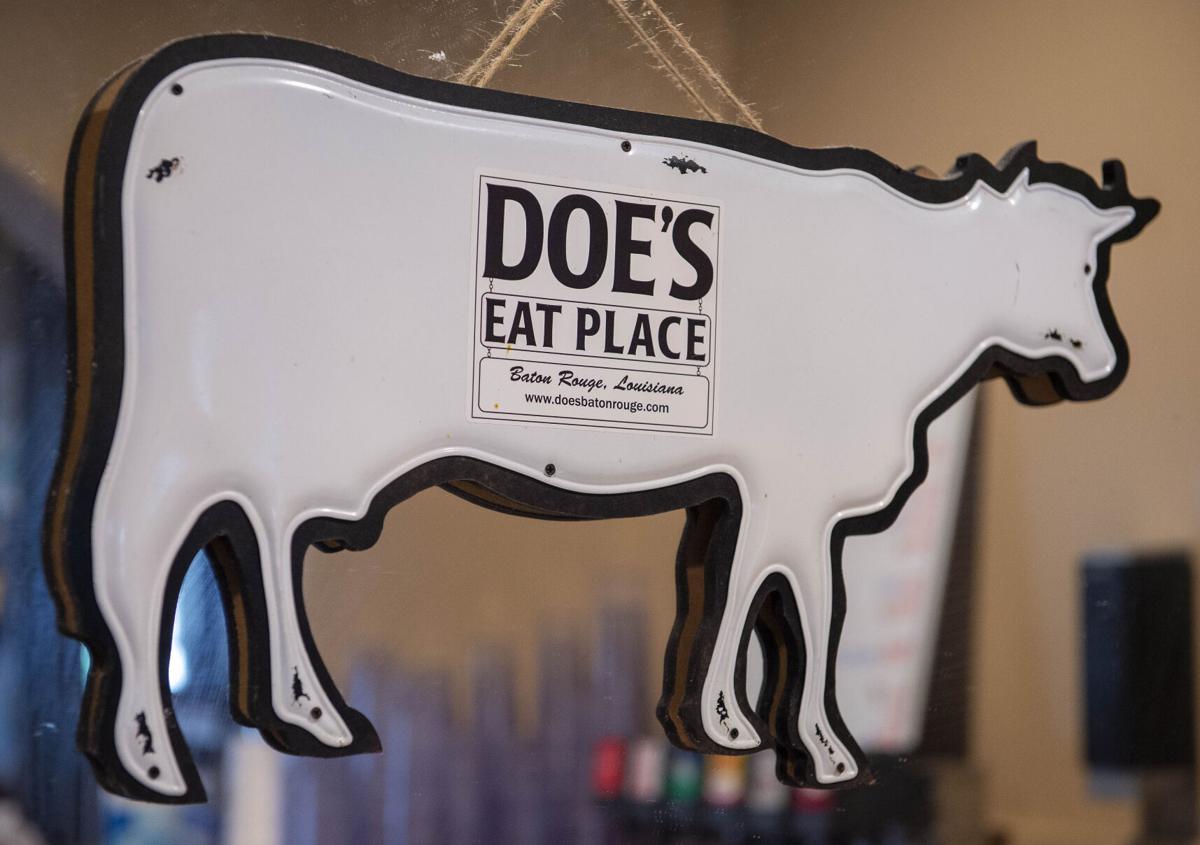 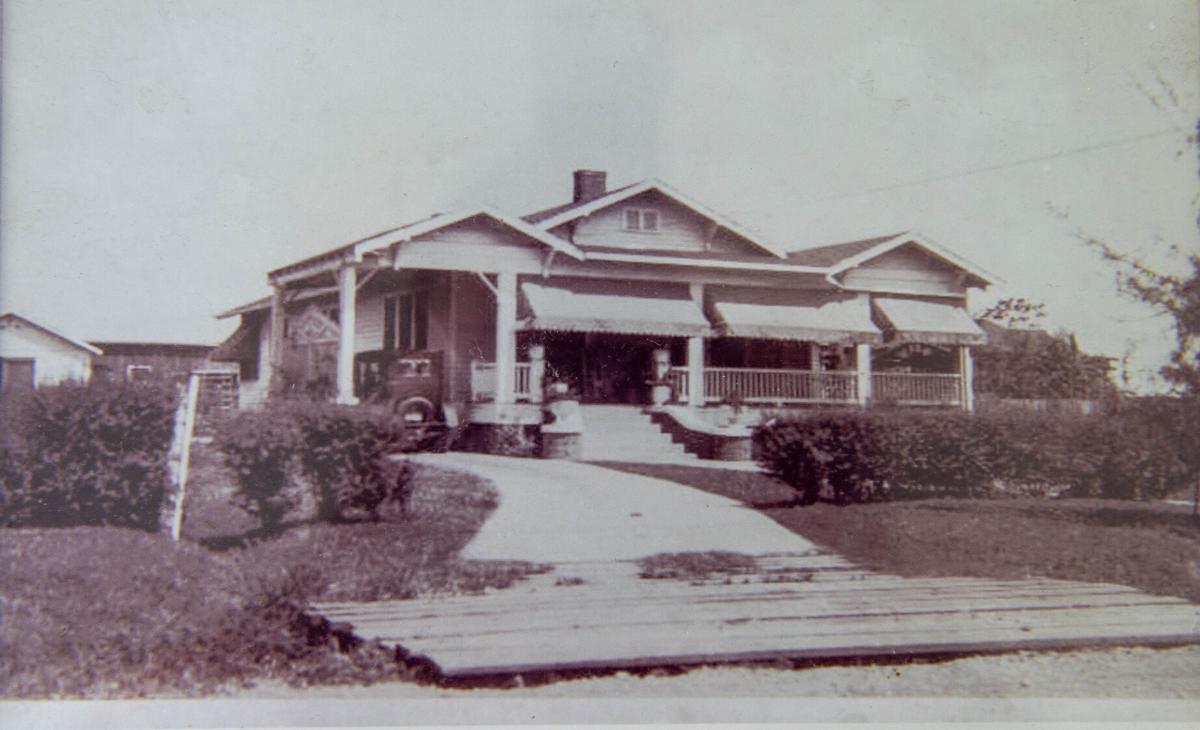 The Maestri home on Government Street is now home to Doe's Eat Place. 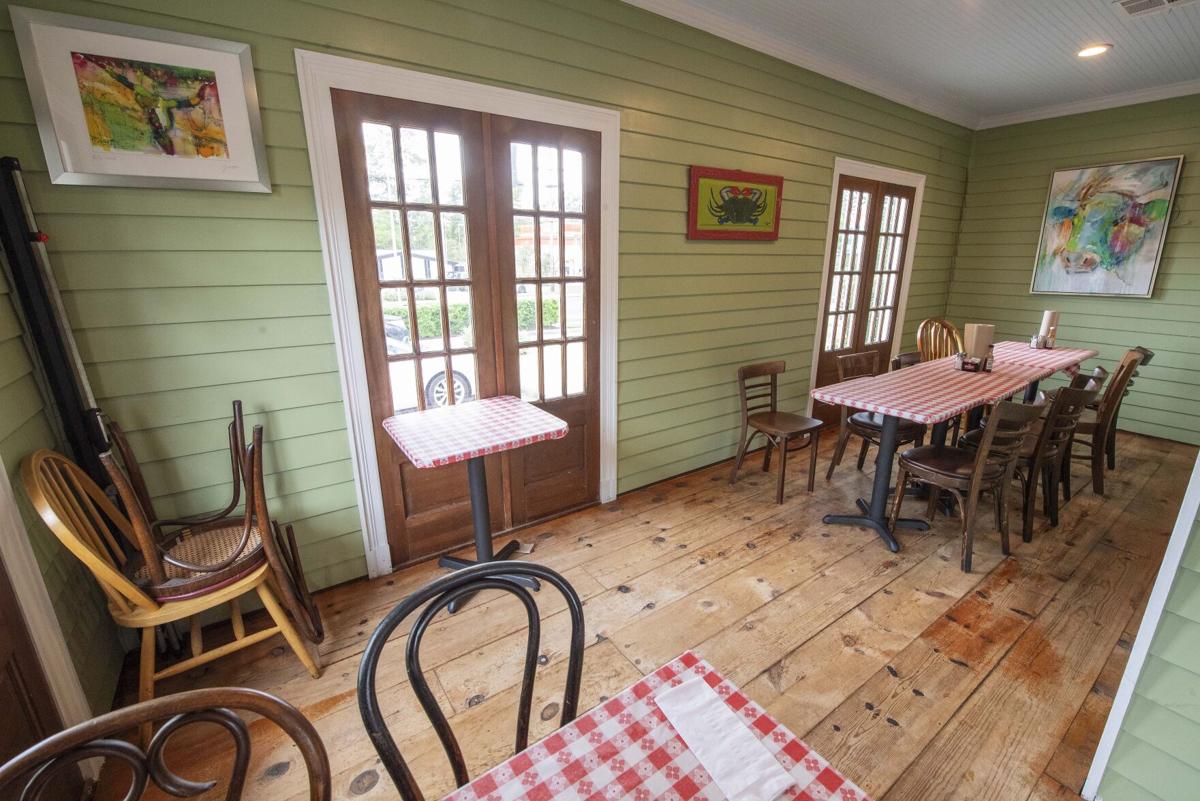 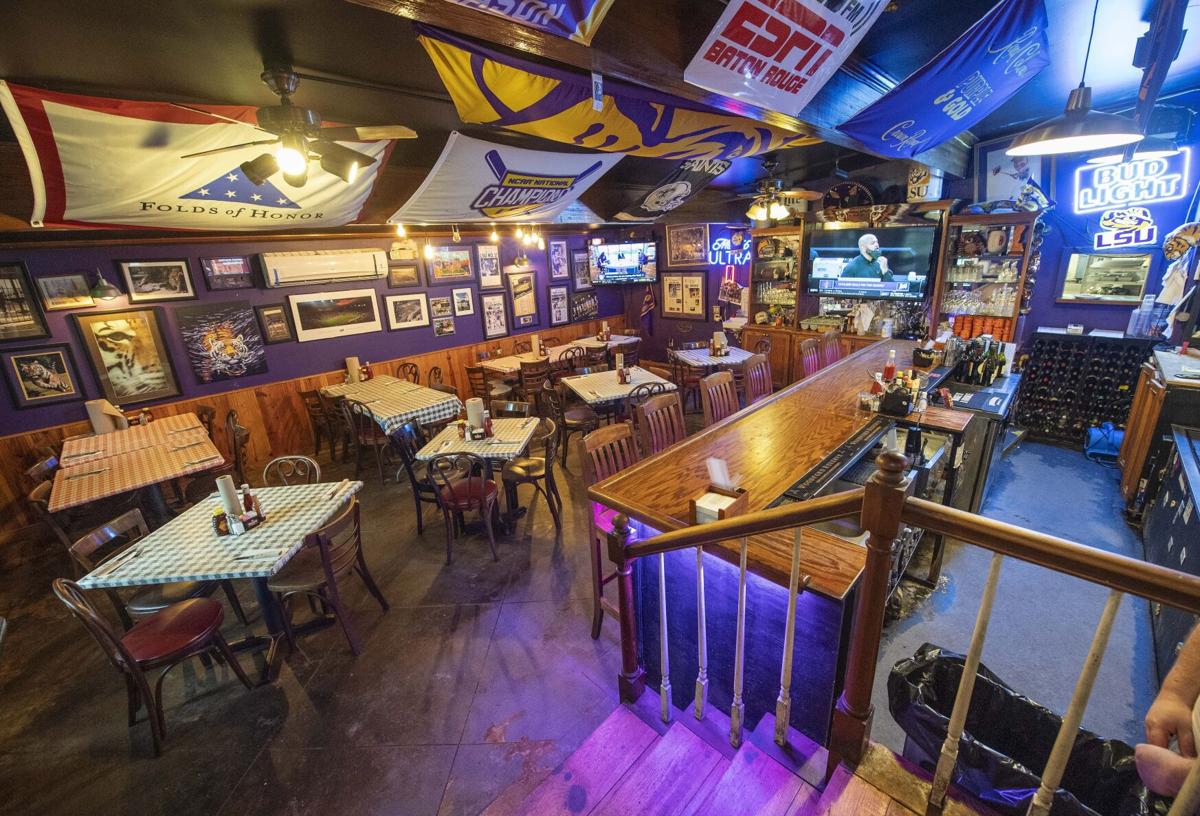 The bar at Doe's Eat Place was once the home's carport. 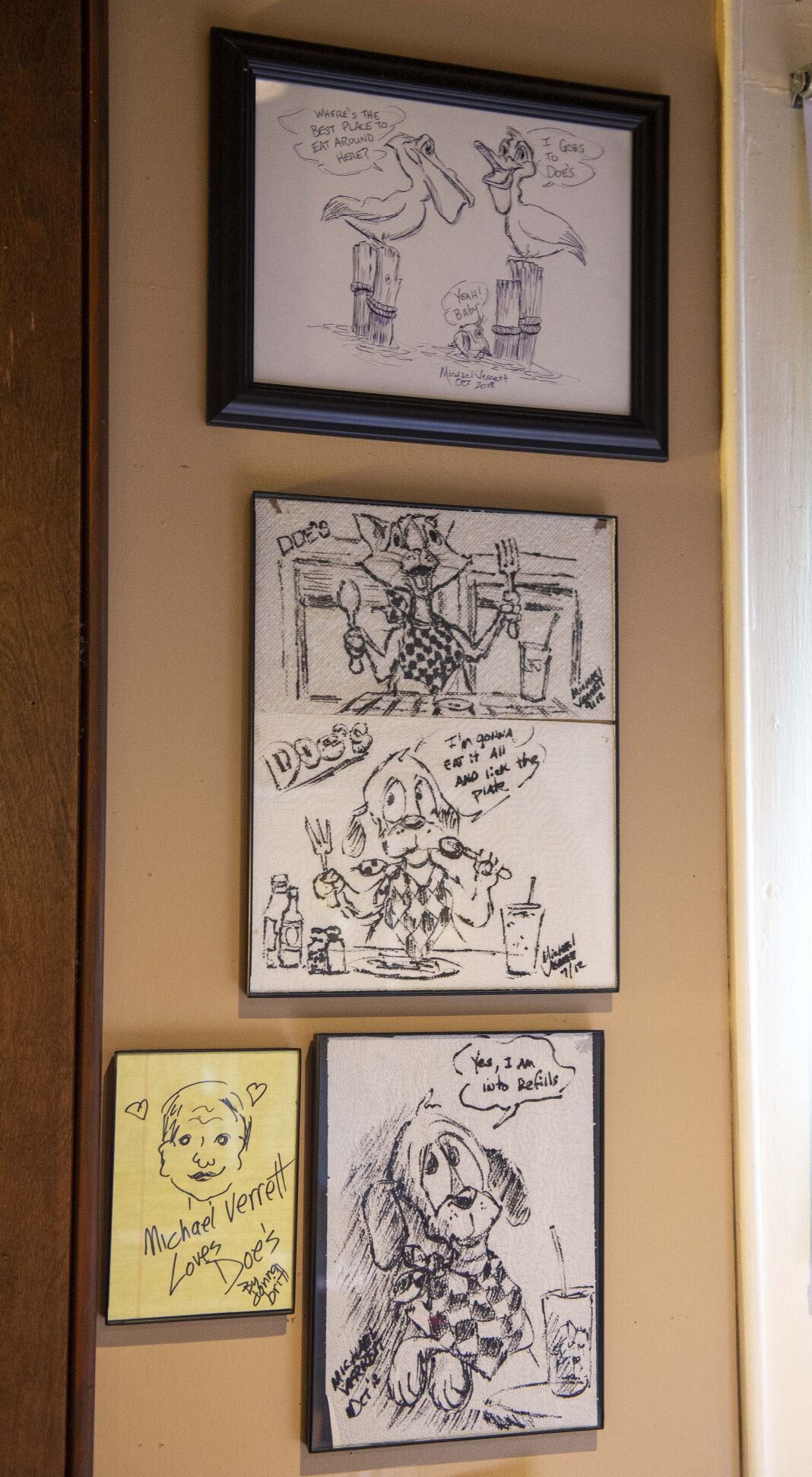 Doe's Eat Place displays customers' drawings among the artwork on its walls.

Doe's Eat Place is known for its steaks, particularly its porterhouse steak, which is served with fries.

Delta Hot Tamales served with a bowl of chili are a customer favorite at Doe's Eat Place.

The Maestri home on Government Street is now home to Doe's Eat Place.

The bar at Doe's Eat Place was once the home's carport.

Doe's Eat Place displays customers' drawings among the artwork on its walls.

Maybe it's because the restaurant, at 3723 Government St., is like home. Because, literally, it was once the home of the Maestri family.

For 14 years now, it's been the second home of Theresa Overby and Scott Overby, who once were married and co-own the restaurant.

Arched openings in the walls that once divided the home's rooms make the space feel more open. Diners can sit at a table in what was once the living room or dining room, on the enclosed front porch or sip a drink in the carport-turned-bar. Local art fills the walls.

The Overbys came to Baton Rouge from Little Rock, Arkansas, where Theresa Overby had worked at a Doe's Eat Place franchise.

The couple decided to give the restaurant business a try. But it didn't take long for Doe's to become more than a business to them.

After Hurricane Ida blew through, the restaurant was left without phone or internet service but opened anyway.

"We had power, but we didn't have a way of getting the word out, but our customers took a chance and stopped by to see if we were open," Theresa Overby said. "And we were. We knew we had to be open for them."

Those are menu favorites, particularly the steaks, made from Sterling Silver Premium Meat aged for 21 days.

The porterhouse is Doe's signature steak, with its T-shaped bone separating the larger strip side from the succulent filet side and weighing in at 2 to 2½ pounds.

The rib-eye, a bone-in cowboy cut, also available in 2 and 2½ pounds, is another top choice.

"We do something different than other restaurants," Scott Overby said. "We cook them in hotel boilers at 650 degrees. It's a little bit slower cook time, and we don't add much to the steak other than salt and pepper. So, you're not going to find a marinated steak or a steak with a lot of butter on your plate."

"They are beef tamales, but they're not like traditional Mexican tamales," Theresa Overby said. "Those are traditionally steamed in a corn husk, but these are cooked in what's referred to as Delta style."

The tamales are rolled in parchment paper instead of corn husks and filled with beef, then stewed instead of steamed, which produces a flavorful brine.

"That's the big difference," Theresa Overby said. "And the flavor profile is very simple, like cumin, red pepper and salt. It's like a comfort food."

The dish is served with a bowl of Doe's chili, which customers like to pour on top of the tamales.

"During COVID, people were getting so depressed because they had to stay at home, and Scott and his friends came up with a promotion we could do on social media," Theresa Overby said. "They were thinking of something fun, and Scott said, 'You know what, we're going to do a TP and Tamales Day.'"

You might remember there had been a run on toilet paper. So during the promotion, customers got a free roll of toilet paper with a dozen tamales.

"I said, 'Oh, no, that sounds like the most disgusting thing ever," Theresa Overby said. "He said, 'It isn't, because you can't find toilet paper anywhere.'"

The promotion was a hit.

"It was insane," Scott Overby said. "That was our single largest day of sales during the lockdown. It was a lot of fun."

But the food isn't the only reason customers keep coming back to Doe's.

It's that homey atmosphere, which originated with the original Doe's in Greenville, Mississippi.

"The building in Greenville used to be a juke joint," Scott Overby said. "It's mostly a cinder block building, and when you go into the dining room, that's where the heart of the kitchen is, and that's part of the charm."

"The Signa family started it in 1941," Theresa Overby said. "Doe is short for Dominic Signa. He started it as kind of a grocery store, and they sold tamales as part of their trade. I grew up in Little Rock, and the Doe's I worked at was the first nonfamily owned Doe's."

Scott Overby, meanwhile, was working in the mortgage industry, which tanked in 2007. So, the couple decided to move to Baton Rouge, where Scott's dad lived.

The Overbys have stayed true to the original Doe's menu while adding Louisiana seafood dishes.

"Lent is a thing here," Theresa Overby said. "So, we knew seafood would be important. We have people who come here as their go-to place for shrimp."

Doe's employs 16 people, some of whom have been working there since the restaurant opened.

"We've had four Doe's babies born through the years," Theresa Overby said. "They're like our grandchildren. And we've put some staff members through medical school. This is definitely a family."