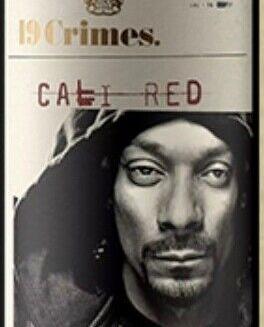 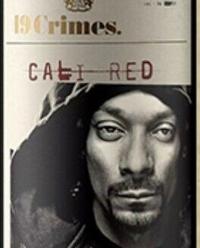 His drink, we all know, is gin and juice.

Nearing 50, Snoop Dogg now sips the fruit of the vine. And it's the one with his face on the label.

"19 Crimes is defiant by nature, bold in character, and always uncompromising. We are proud to partner with entertainment icon, Snoop Dogg, who embodies all these qualities, and more, through hard work and perseverance," the brand says on its website. "Snoop Dogg is a culture creator, innovator, and a leader in pop culture."

Snoop Cali Red is described as "full and dense, with strong black & blue fruit notes up front from the Petite Sirah, complemented by bright red, slightly candied fruit in the background from the Zinfandel. The darkly toasted oak ties it all together along with a slightly sweet finish."

The wine sells for $12 per bottle.

The partnership with the iconic rapper turned entrepreneur seems a natural.

19 Crimes gets its name from, well, crime. It's the list of infractions — everything from "impersonating an Egyptian" to "stealing fish from a pond" to grand larceny — for which British convicts could be sentenced to live in Australia, rather than death.

"This punishment by 'transportation' began in 1787 and many of the lawless died at sea," according to 19 Crimes. "For the rough-hewn prisoners who made it to shore, a new world awaited. As pioneers in a frontier penal colony, they forged a new country and new lives, brick by brick. This wine celebrates the rules they broke and the culture they built."

Snoop saw the insides of a jail a few times as a youth, locked up for narcotics possession and several misdemeanors.

He, too, forged a new life as a rapper and entrepreneur, with one of his most high-profile gigs as partner to Martha Stewart in two seasons of "Martha & Snoop's Potluck Dinner Party."

"I didn't grow up a wine drinker," Snoop told CNN. "Wine was foreign to me in my neighborhood, so I've probably been drinking wine for about 15 to 20 years. I was a hard drinker. Old Age, Gin & Juice, Hennessy, but once I started getting intellectually together, wine started to enhance my thinking and my thought process. You want to go with whatever you are or wherever you're at — and as I got older, I wanted to age like fine wine.

"You are what you drink."