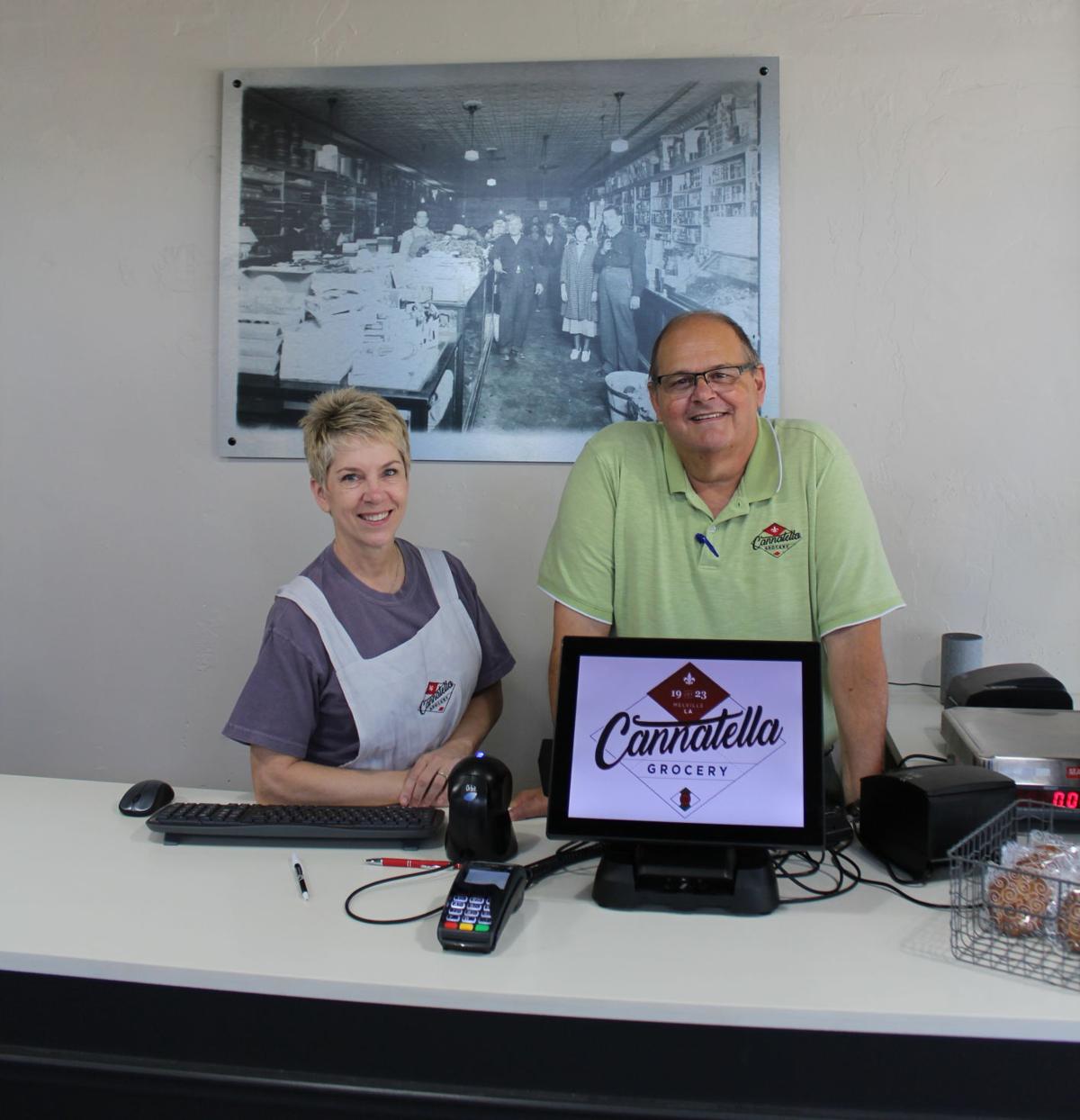 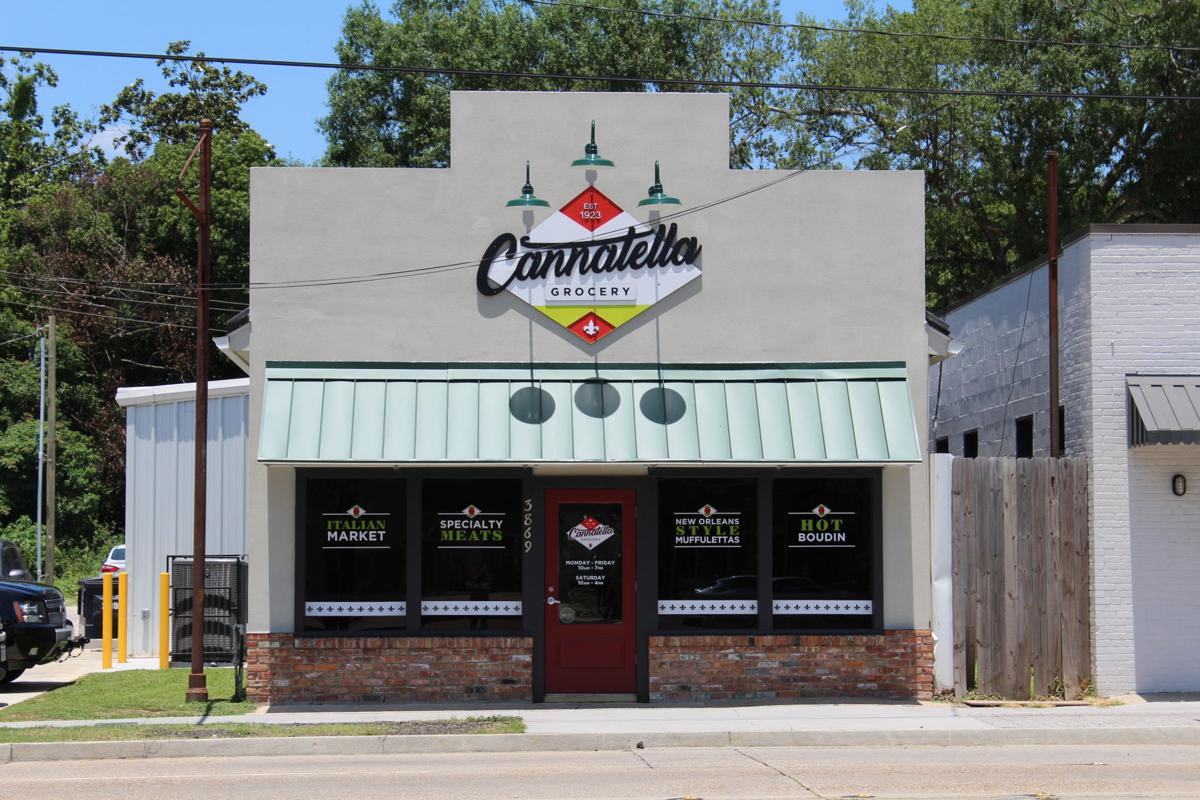 Cannatella Grocery opened its second location in Mid City Baton Rouge. The building is at 3869 Government St., next to Rocca Pizzeria. 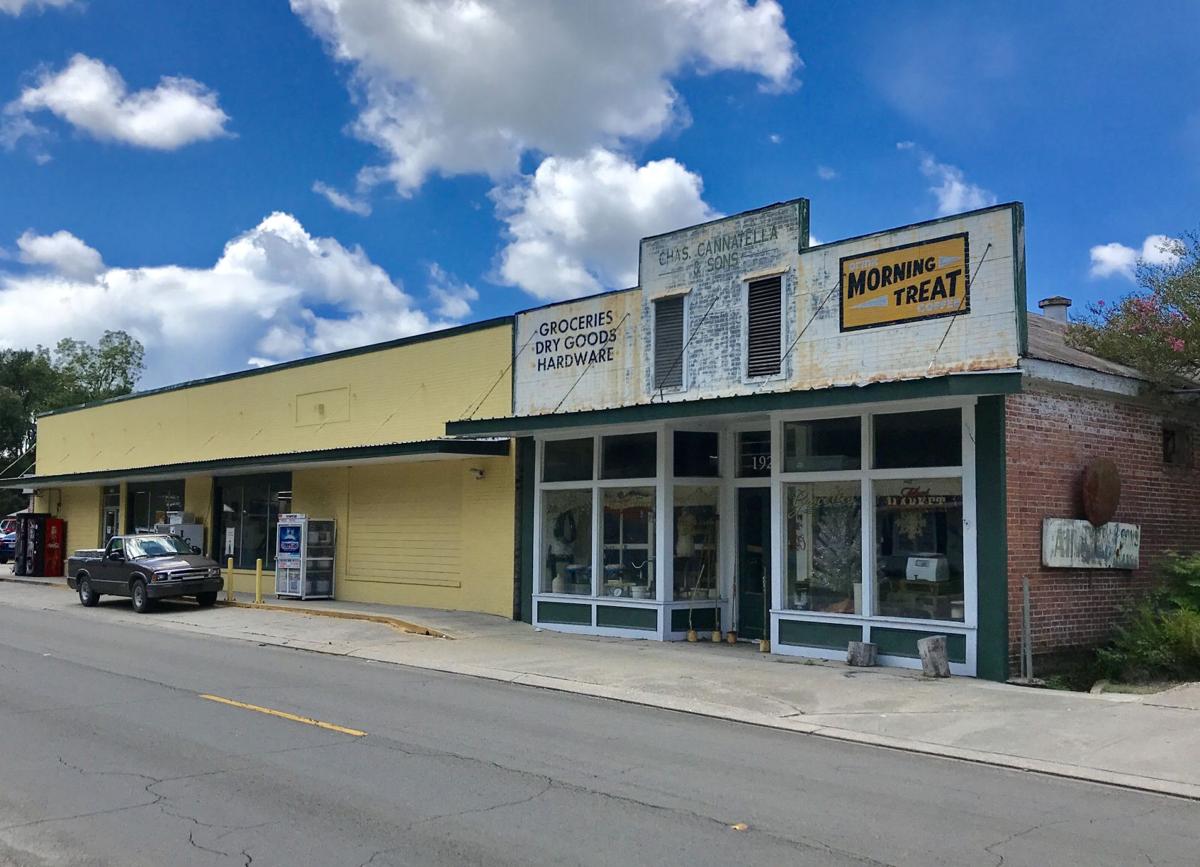 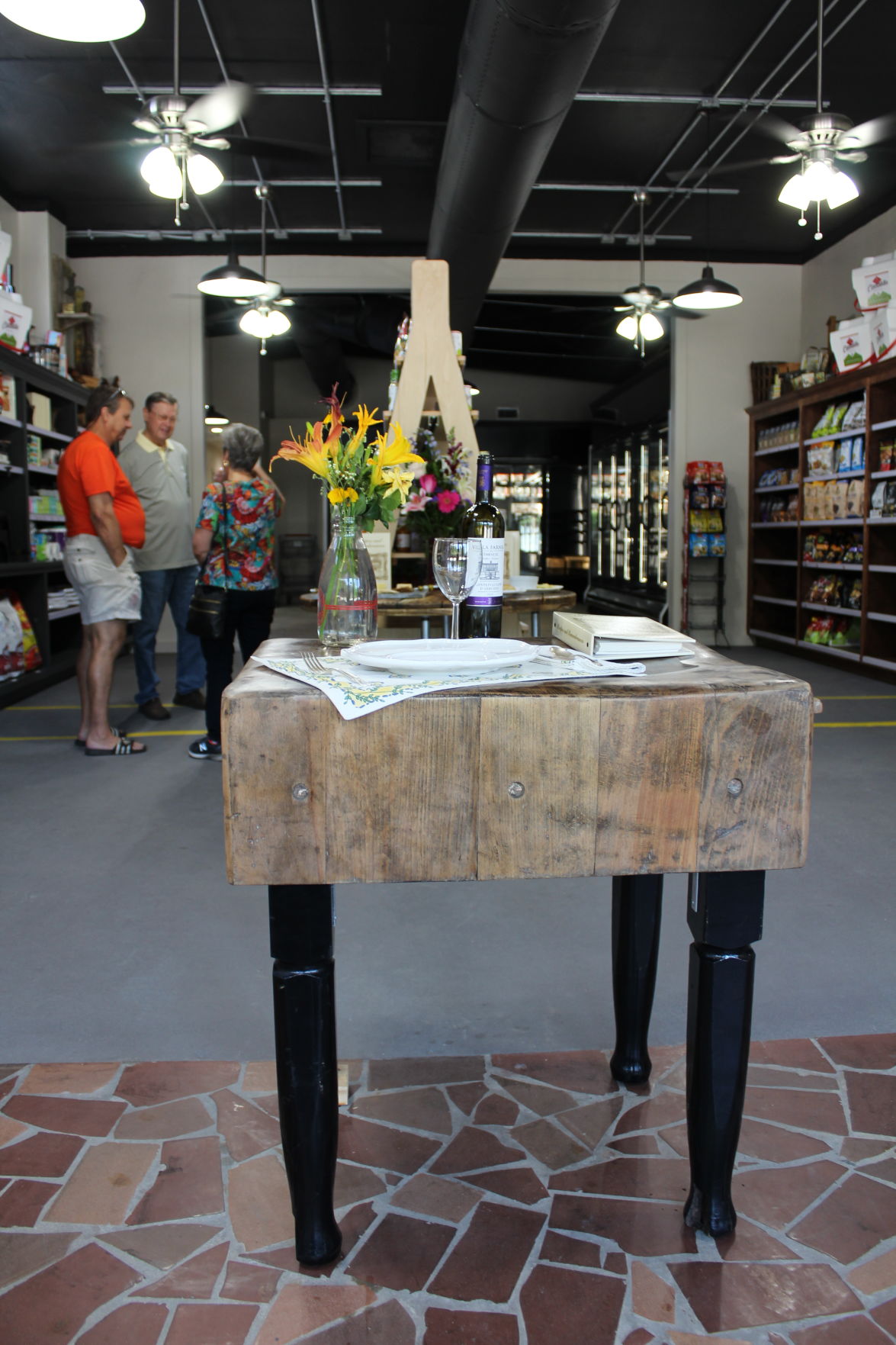 A butcher block sits at the front of the new Cannatella Grocery on Government Street; the block was used for almost 50 years at the grocery's original location in Melville. 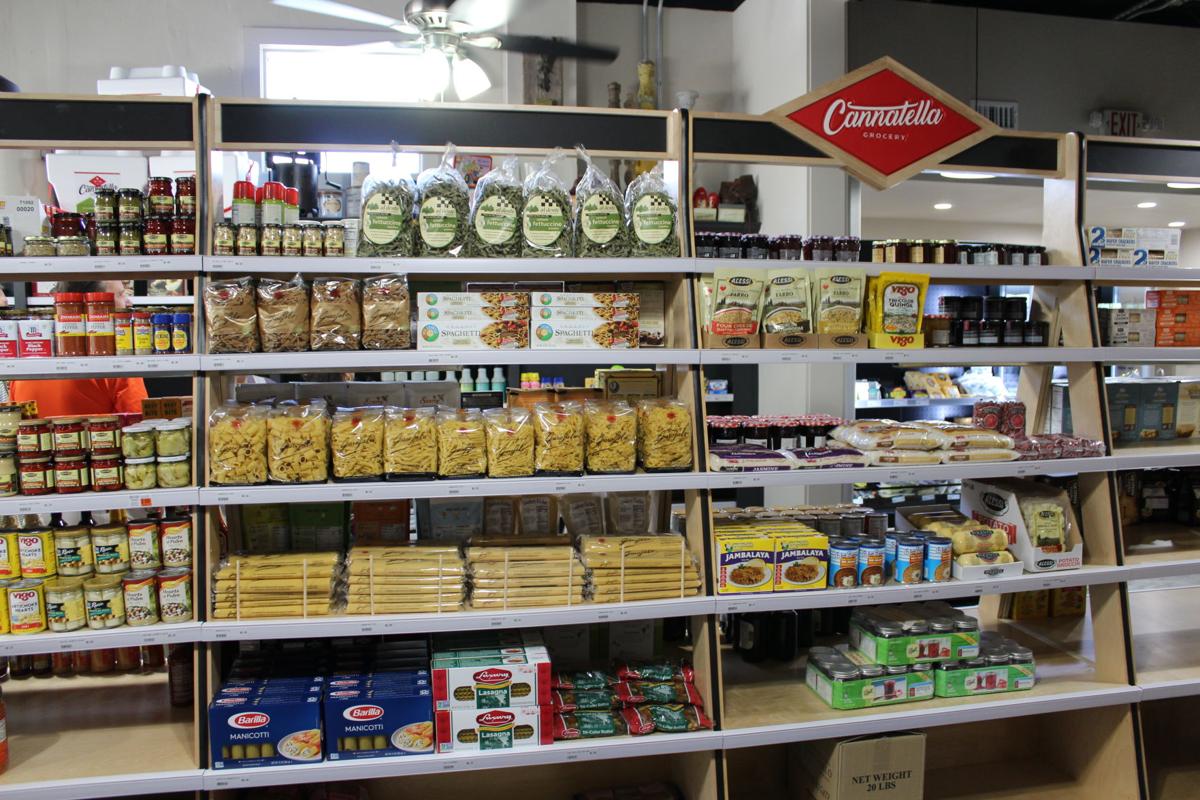 Cannatella Grocery stocks many of the items one would find in a normal Italian-leaning grocery, like tomatoes, pasta, olive oils and cheeses. 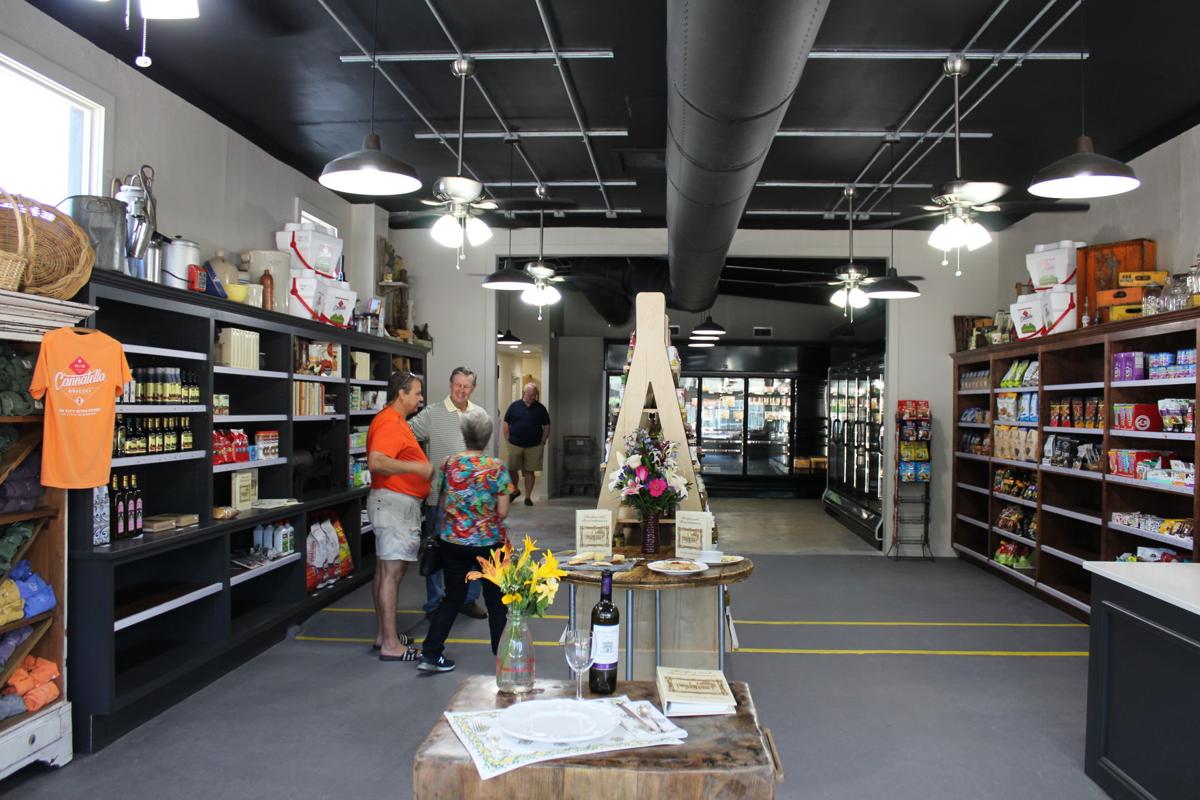 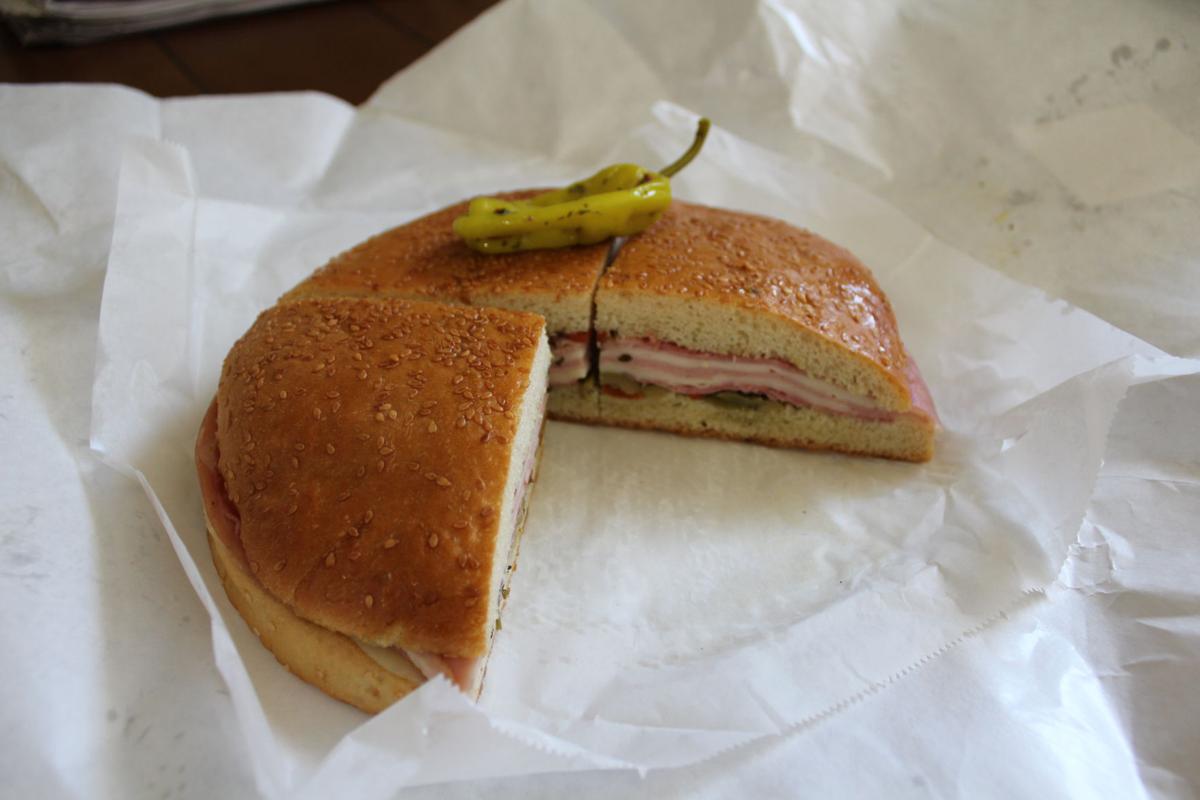 The muffuletta from Cannatella Grocery 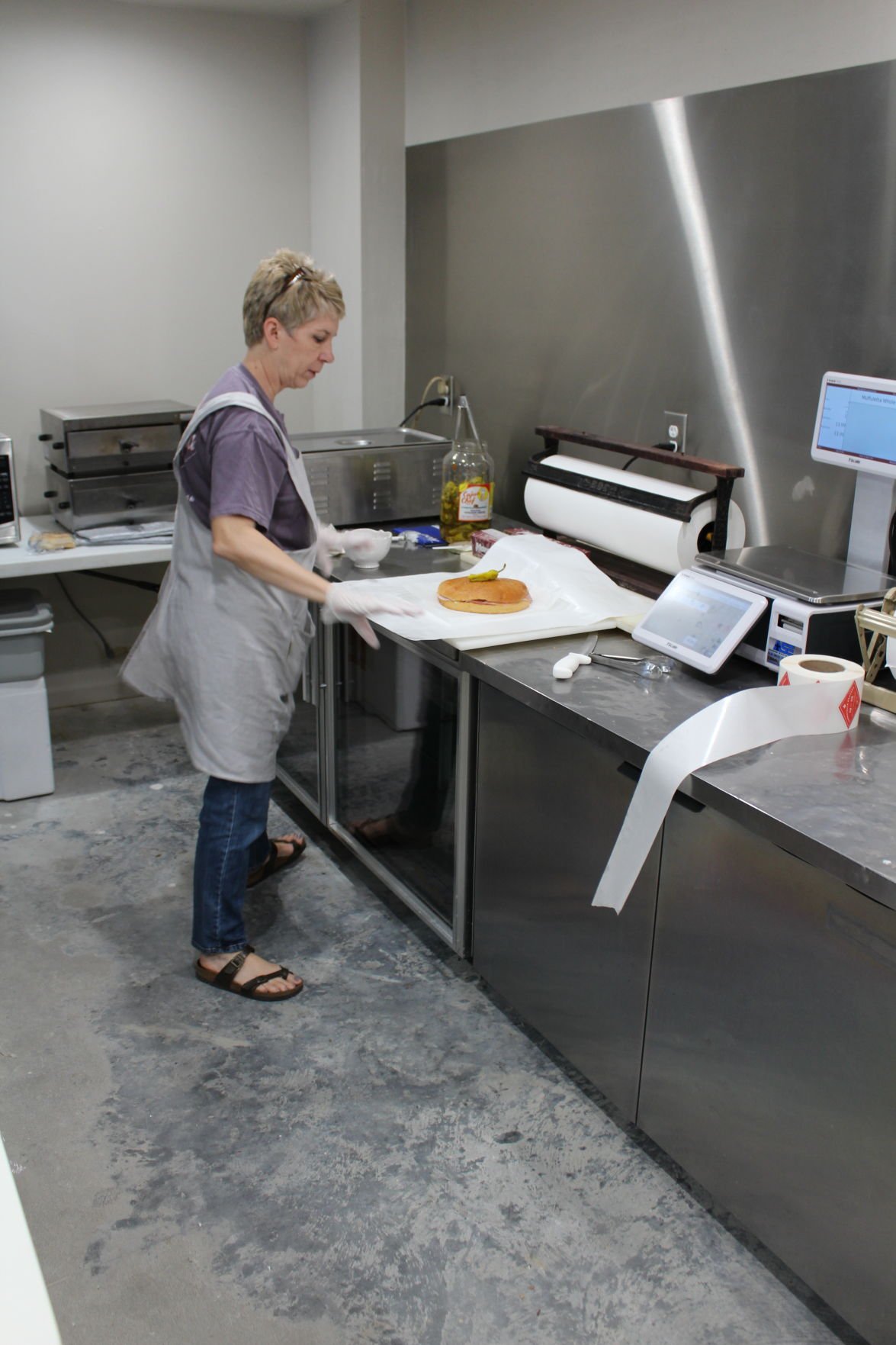 Co-owner Pam Cannatella wraps up a muffuletta at the new Cannatella Grocery on Government Street. 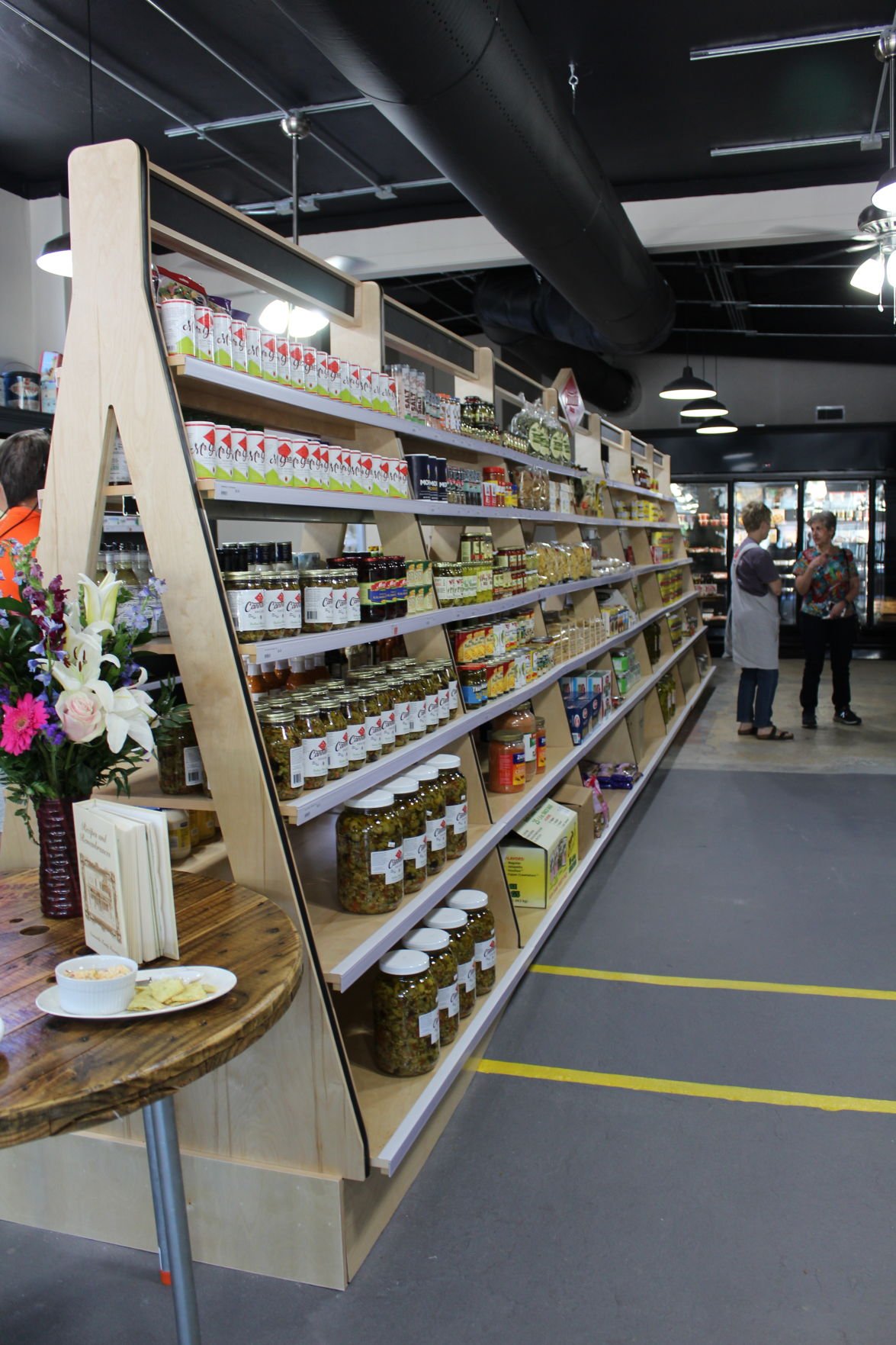 Cannatella Grocery opened its second location in Mid City Baton Rouge. The building is at 3869 Government St., next to Rocca Pizzeria.

The muffuletta from Cannatella Grocery

Co-owner Pam Cannatella wraps up a muffuletta at the new Cannatella Grocery on Government Street.

The shop on Government Street is the first new location for the fourth-generation grocery, a well-loved Acadiana institution. A buzz about the grocery has been going around the Mid City area after the Cannatella family late last summer signed a lease for the building next to Rocca Pizzeria.

Cannatella Grocery opened in Melville, along the Atchafalaya River in St. Landry Parish, in 1923, selling general merchandise, hardware, lumber and many of the usual items one might find in an Italian-centered grocery. Over the decades, the business distinguished itself for its meat market and for its housemade items including muffulettas, Italian sausage and boudin. The grocery became a destination both for people in Acadiana and for some venturing the one-hour drive from Baton Rouge.

In recent decades, Melville's population has fallen to about 1,000, and Cannatella Grocery, while maintaining its original location, wanted to be able to grow its business, said co-owner Pam Cannatella.

"We have a great product, and we wanted to bring it to a larger population," she said. Her husband, Grant Cannatella, and his brother, Brian Cannatella, are fourth-generation co-owners of the Cannatella Grocery in Melville.

Cabinets along the walls (made by a cousin of the Cannatella family) and a row of shelving running down the middle of the store are stocked with food items such as tomatoes, olive oils, pastas, jellies, jams, chips and candy along with a selection of toiletries. Coolers in the back hold cheeses, eggs, Italian sodas, sausage, boudin and grab-and-go foods including lasagna, eggplant Parmesan, spinach Madeline and other dishes. And the Cannatella muffuletta can be ordered from a counter in the back.

Many of the items are made at the kitchen in the Melville grocery and brought to the new Baton Rouge location.

The grocery plans to offer organic foods and gluten-free, keto- and paleo-friendly items, Cannatella said. And they want to evolve based on what customers need.

"We want to be your neighborhood grocer," Cannatella said. "We're a small grocery. I'll be here almost every day, so we'll get to know you. If you need something, you let me know."

Reminders of Cannatella Grocery history and of the namesake family can be seen around the new location. At the front of the store is a butcher block, well-used by the Cannatella Grocery butcher for almost 50 years. Family members from California were helping out over the weekend after the grocery opened on Friday. Hanging behind the register is a large photo of Cannatella Grocery in the 1930s. And the Italian sausage recipe is the same as that used by Grant and Brian Cannatella's great-grandfather, who emigrated from Sicily and founded the Melville business.

On Saturday, the register was being attended by Steve Circello, whose first job was at Cannatella Grocery in 1975. Circello worked at the grocery for several years before going off to college and finding a career with the state. Circello stayed in contact with the family. He recently retired, so when he saw a location was opening in Baton Rouge, he offered to help out.

"That way, I can finish where I started," he said with a smile.

Cannatella Grocery is still in a soft opening phase, and the shop is currently hiring.