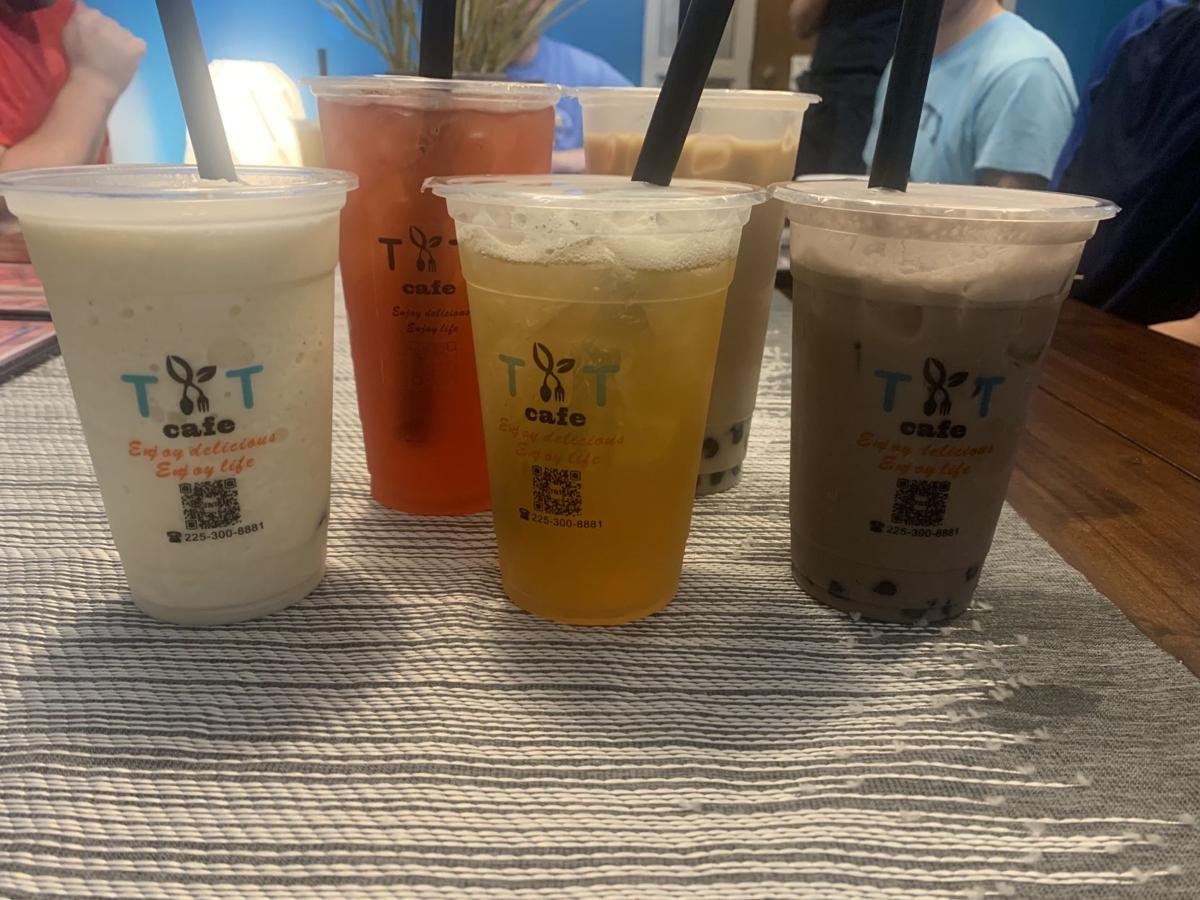 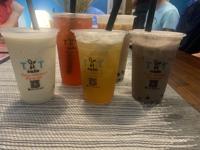 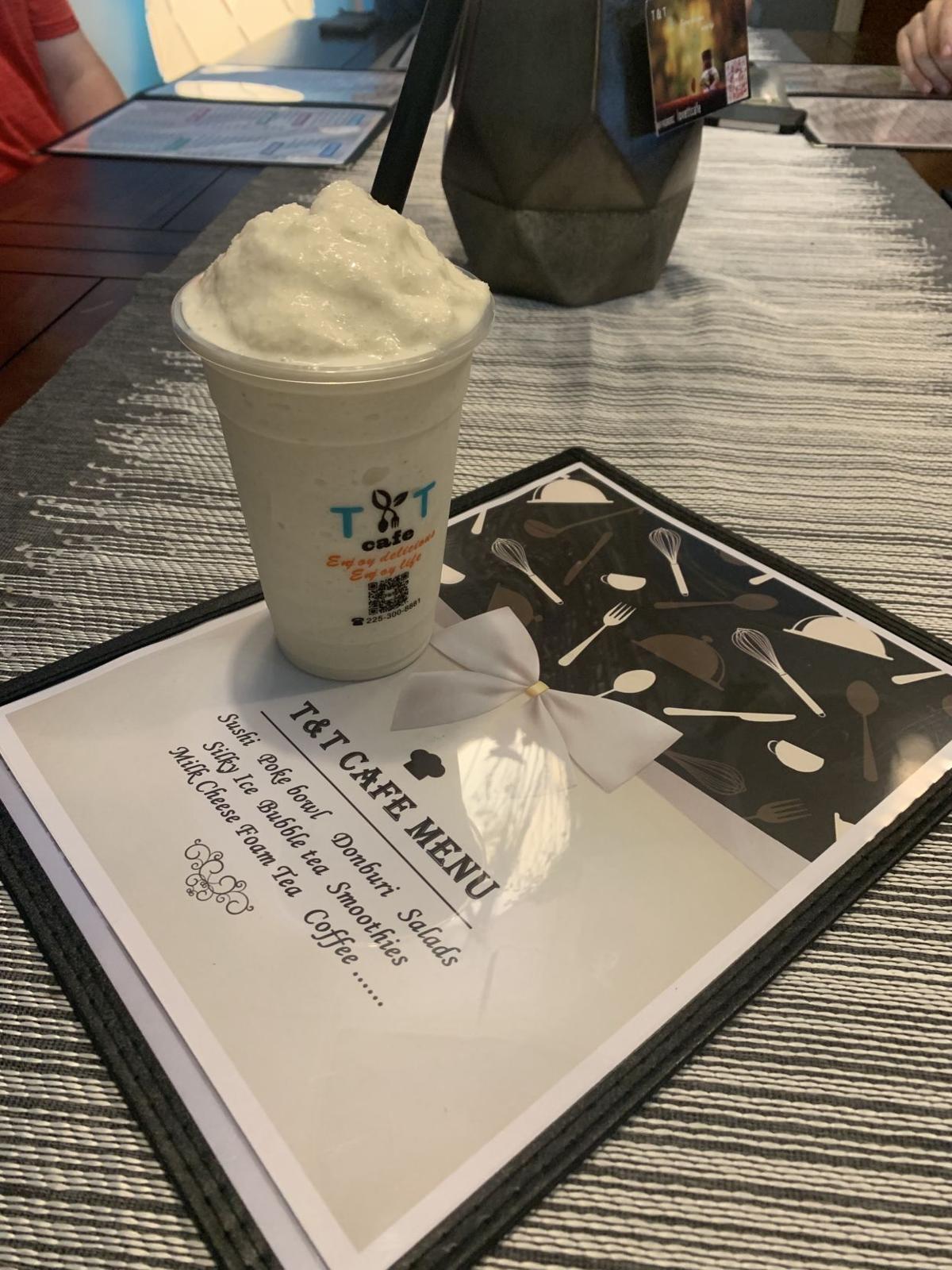 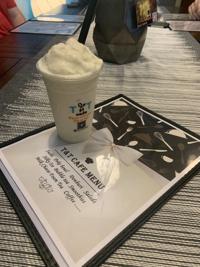 The banana smoothie at T&T Cafe 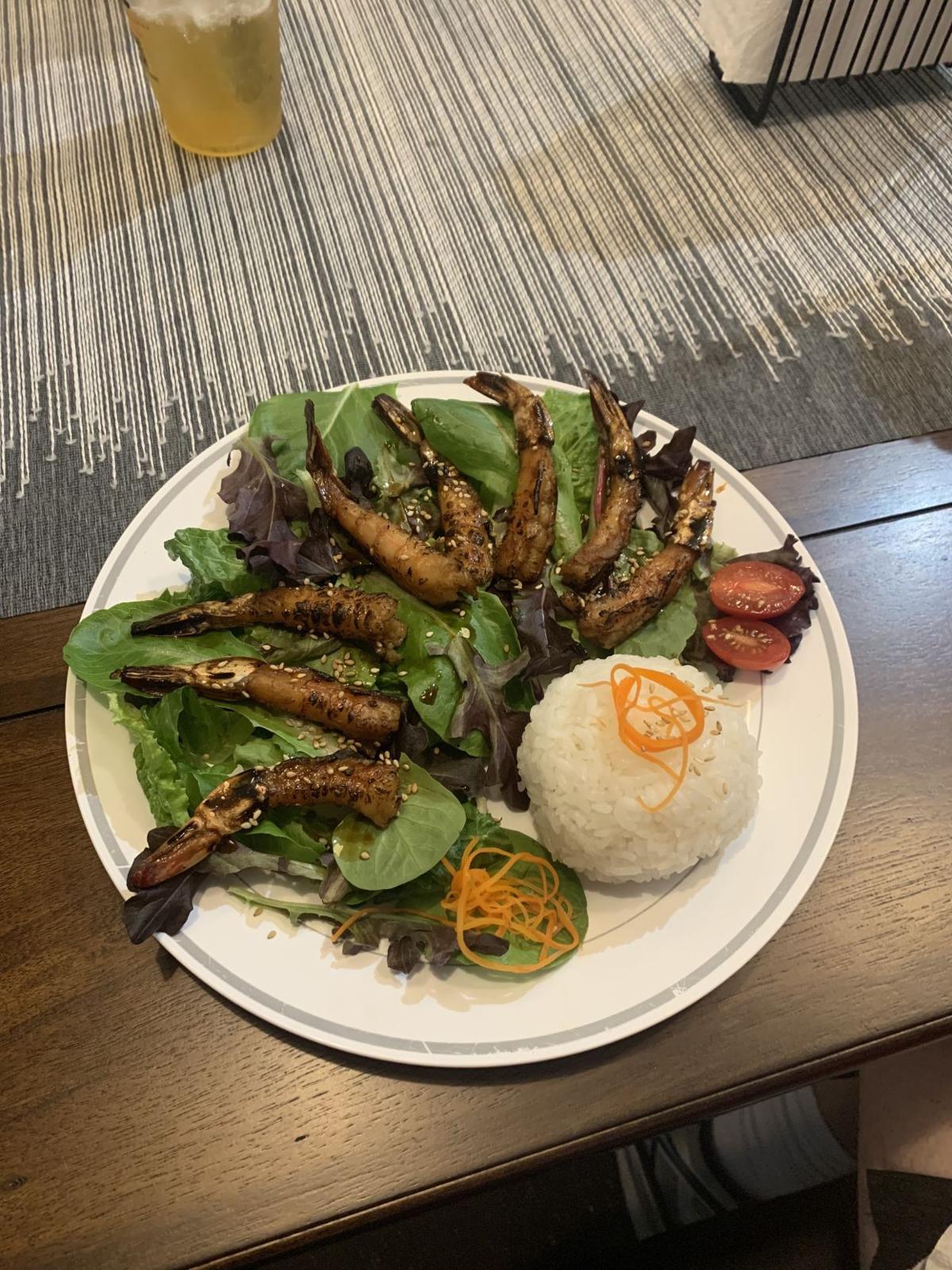 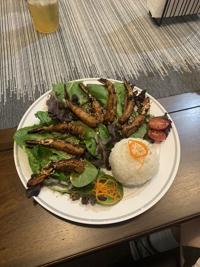 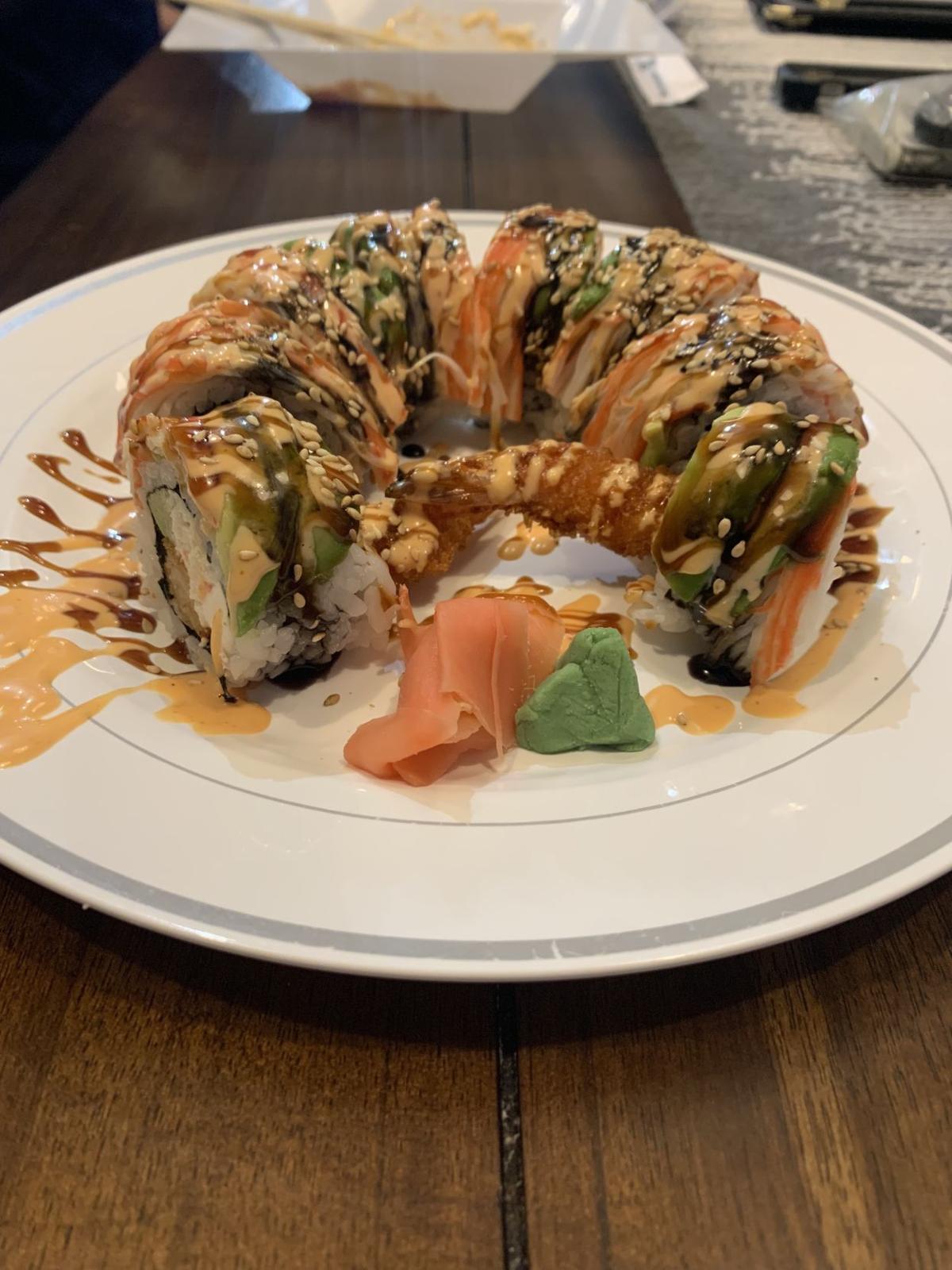 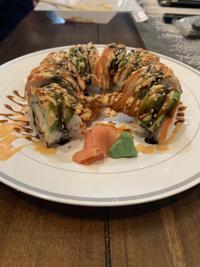 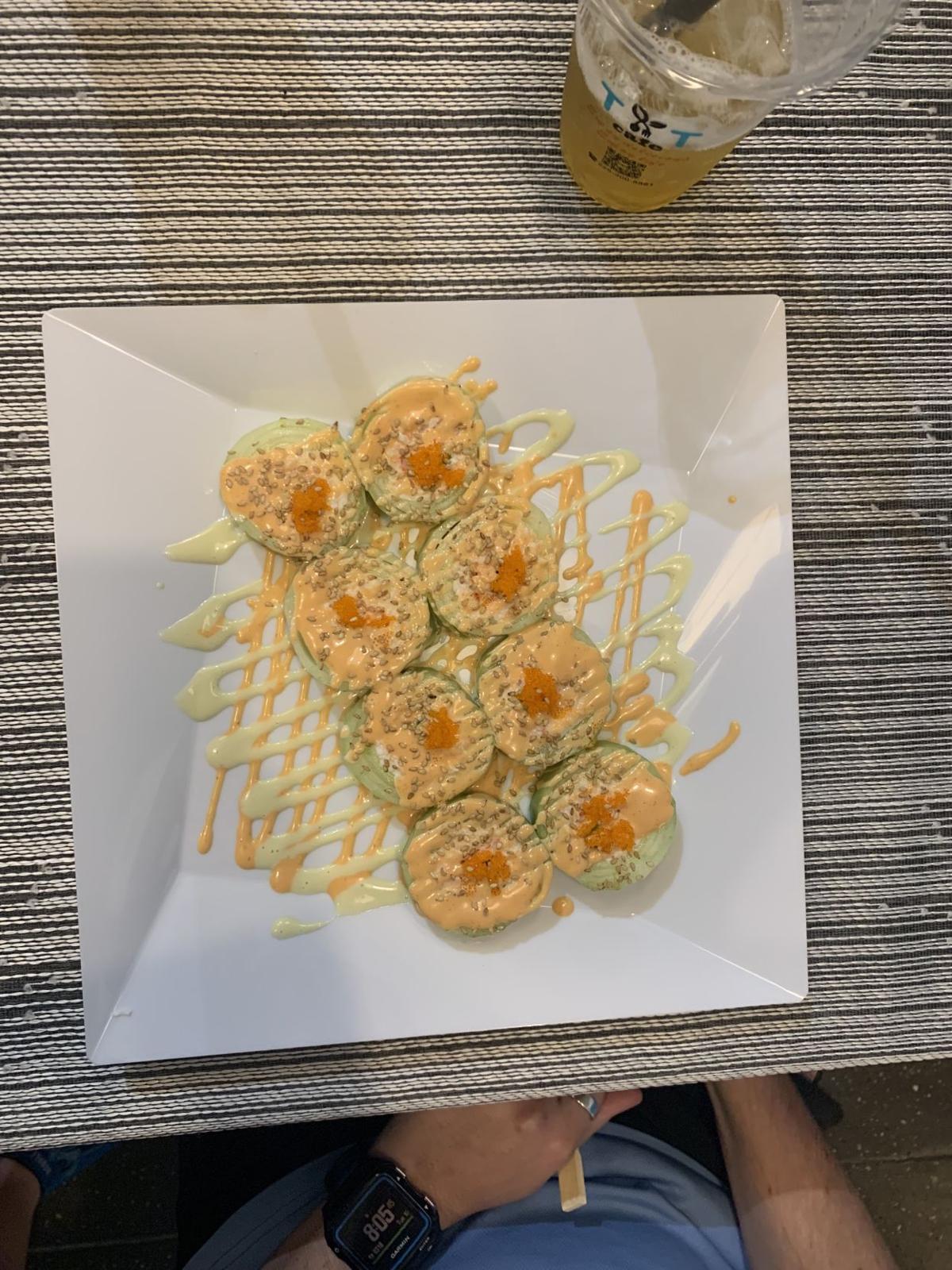 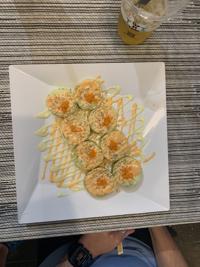 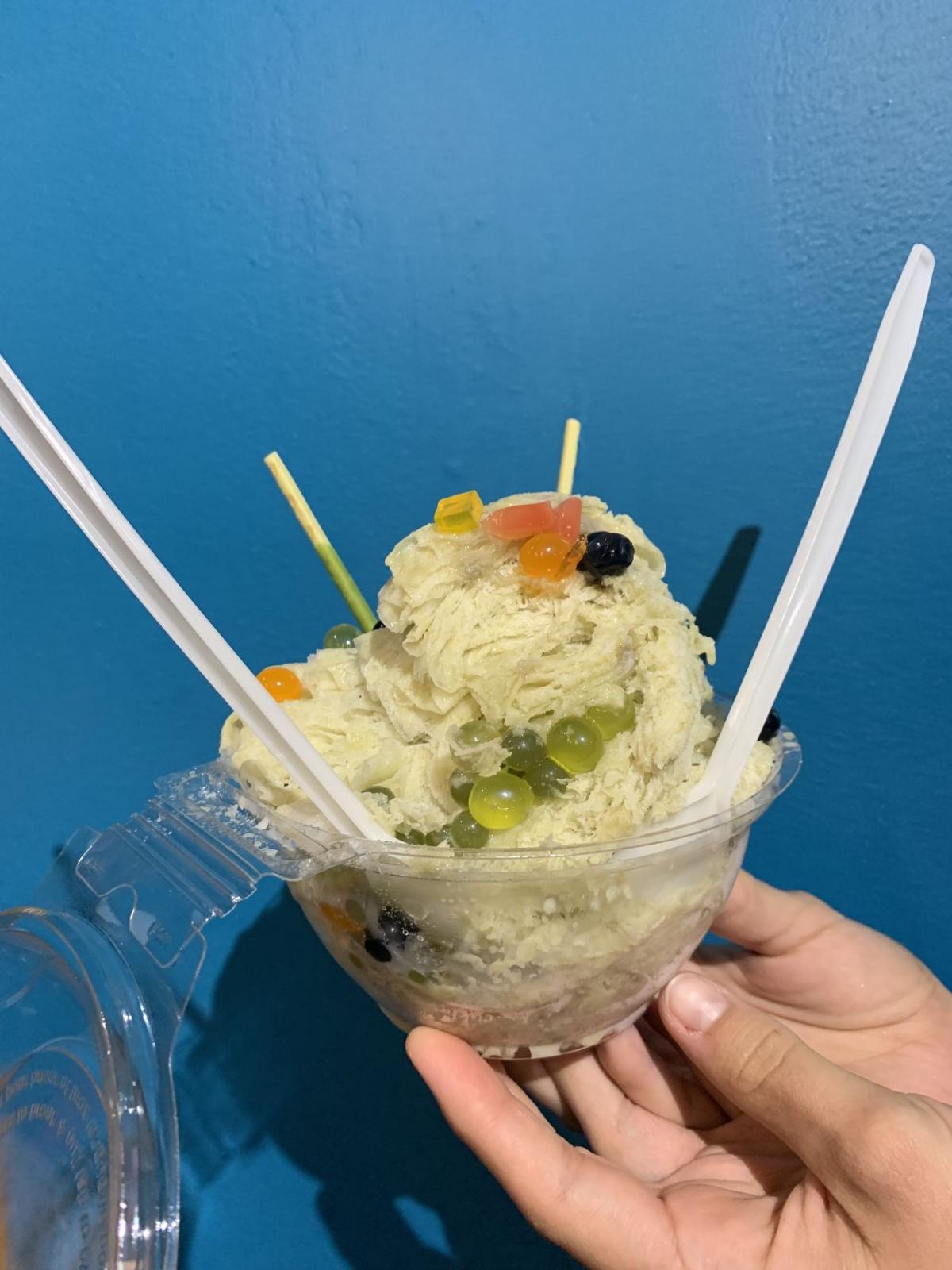 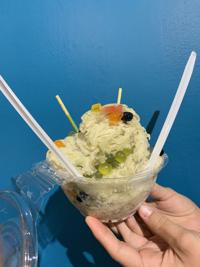 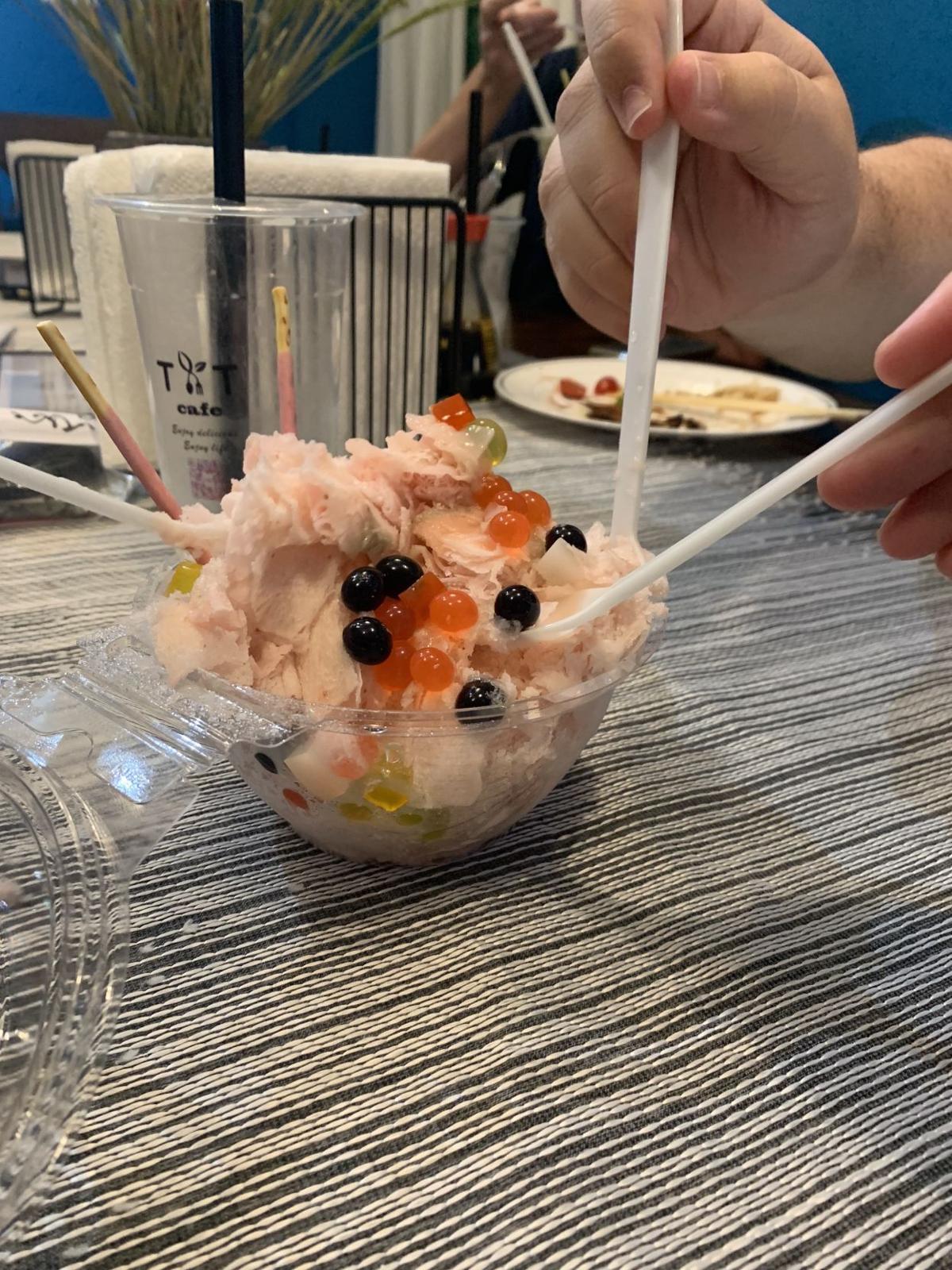 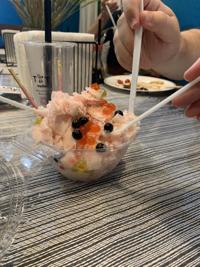 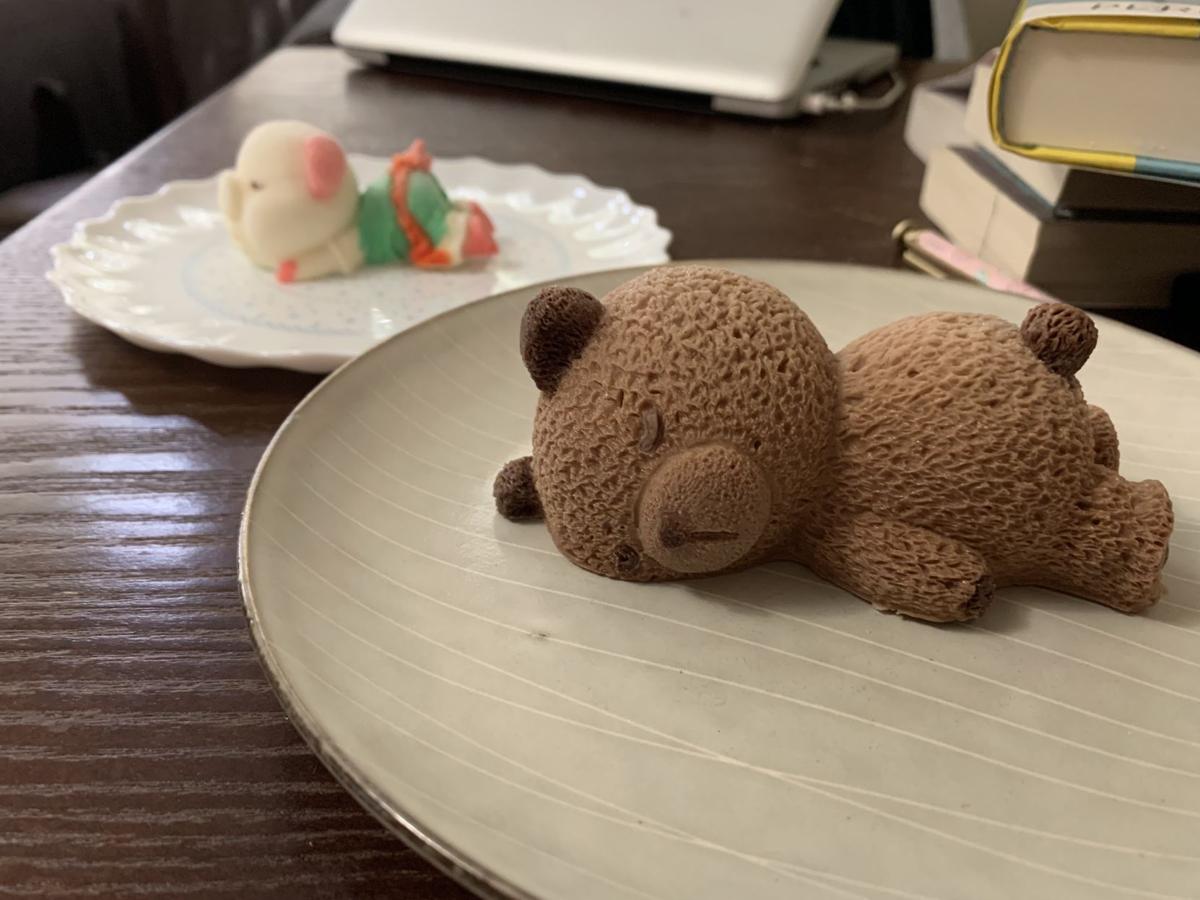 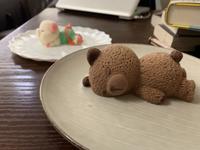 When T&T Cafe opened up on Third Street in downtown Baton Rouge, I noticed right away. I passed it while huffing and puffing on a run, and the sign advertising milk teas was enough to entice me.

Recently, I rounded up a crew from my run club and we headed over to the cafe. A small courtyard in front of the cafe, with wrought-iron tables and chairs and greenery, helps the spot stick out. Inside, the walls are bright, cheery blue, with simple decor, including a chalk paint wall listing the cafe’s offerings.

All around, the drinks were fresh, sweet and full of flavor.

The cheese foam lent a richness to the blueberry milk tea and paired well with the boba. The coconut milk tea was simple and uncomplicated, without any strong flavors, just subtle sweetness from the milk and coconut.

The main courses we ordered weren't as impressive as our drinks.

The beef teriyaki donburi ($11.96) and shrimp teriyaki donburi ($9.99) came out beautifully plated, but the taste just wasn’t there. The beef was on the dry side and lukewarm on the plate; the shrimp were overcooked and oversaturated with teriyaki.

The sushi rolls we tried (a rainbow roll for $12.99; crazy roll for $11.99; and spicy salmon roll for $5.69) as well as the snow crab salad were unremarkable. There wasn't anything to complain about, but the dishes just weren't particularly special.

The baked snow crab poke bowl ($7.96) too was serviceable, with a yuzu dressing that coated the crisp vegetables. But the bowl could have used more snow crab and rice to make it more filling.

The standout entree was the cucumber wrap roll ($9.99), a sushi roll that uses layers of cucumber to wrap avocado and crab stick, rather than rice or seaweed paper. The light, juicy cucumber was set off by the spicy mayo sauce, and each slice was a rewarding mouthful. The cucumber roll was recommended to us by our helpful, attentive server who didn’t mind that a bunch of sweaty people came in about an hour before closing.

For dessert, which I had seen on the cafe’s Instagram, was silky ice, a mixture of shaved ice and whipped cream in thin, stacked layers, topped with bursting bubble, various jelly and a pair of Pocky sticks.

We ordered the green tea ($7.49) and strawberry ($6.69) flavors, and the table was split between which was best. The green tea was subtle while the strawberry was fresh and bright; both were sweet, cold and incredibly refreshing. It brightened our palates right back up after the lackluster main course.

Before leaving, I picked out two of the achingly cute mousse desserts on display near the front counter. Handmade each day, the desserts are shaped like whimsical animals: dogs, pigs in clothing, sleeping bears and bunny rabbits. The only flavors left so late in the day were plain yogurt pigs ($7.99) and a chocolate teddy bear ($9.99). The server told me to stick the pair in the freezer for an hour or two to let them firm up after being in the display case all day.

When I did eat them — which was hard to do due to their cuteness — they were quite substantial. The piggy tasted like a thick, rich yogurt, while the chocolate teddy bear was more like a solid mousse in both taste and texture.

Although the main courses at T&T didn’t blow us away, there certainly wasn’t anything wrong with them. I can imagine the ease of ordering a sushi roll or poke bowl to go during lunch and being able to eat it on the Capitol grounds.

The strengths of the cafe lie in the fresh, vibrant green teas and delightful silky ices. They're worth stopping for when downtown.