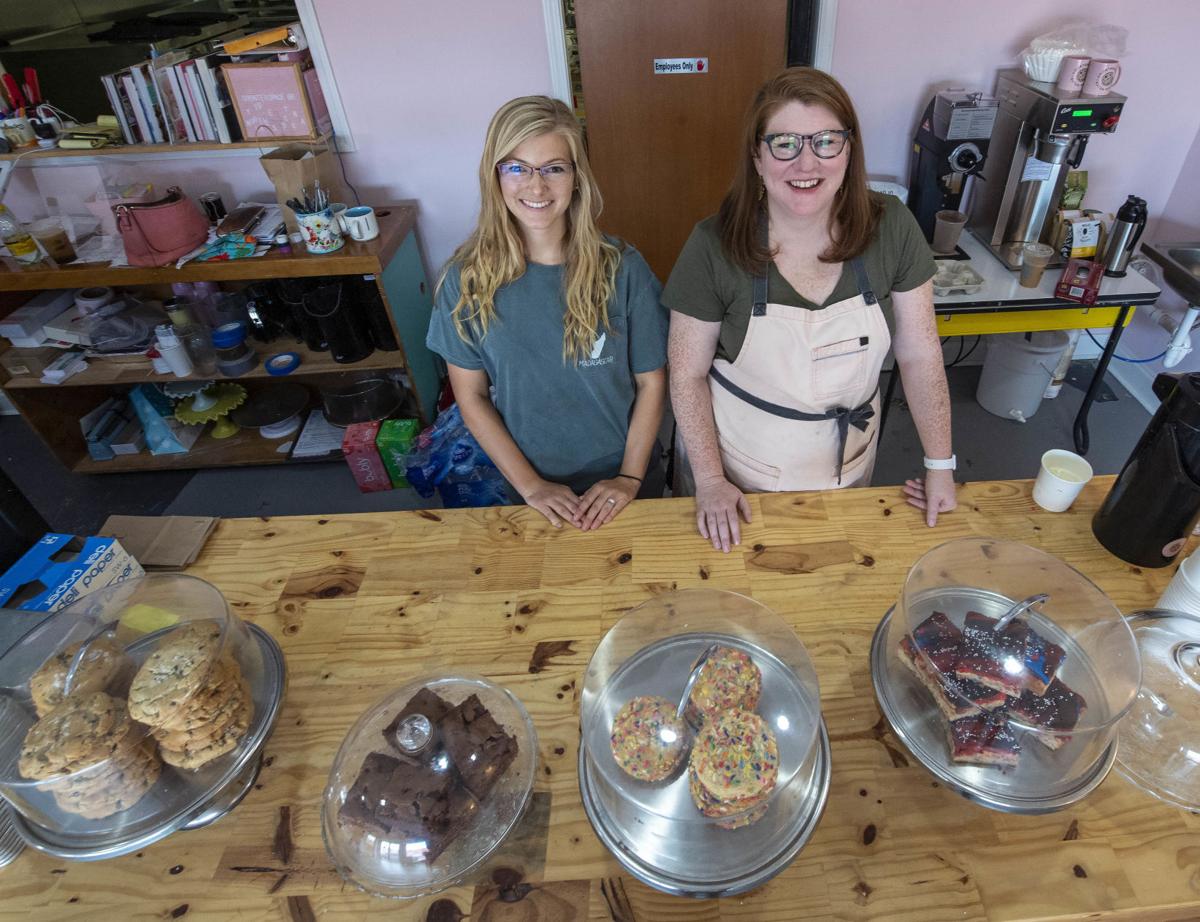 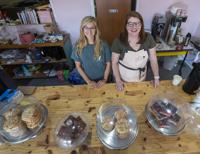 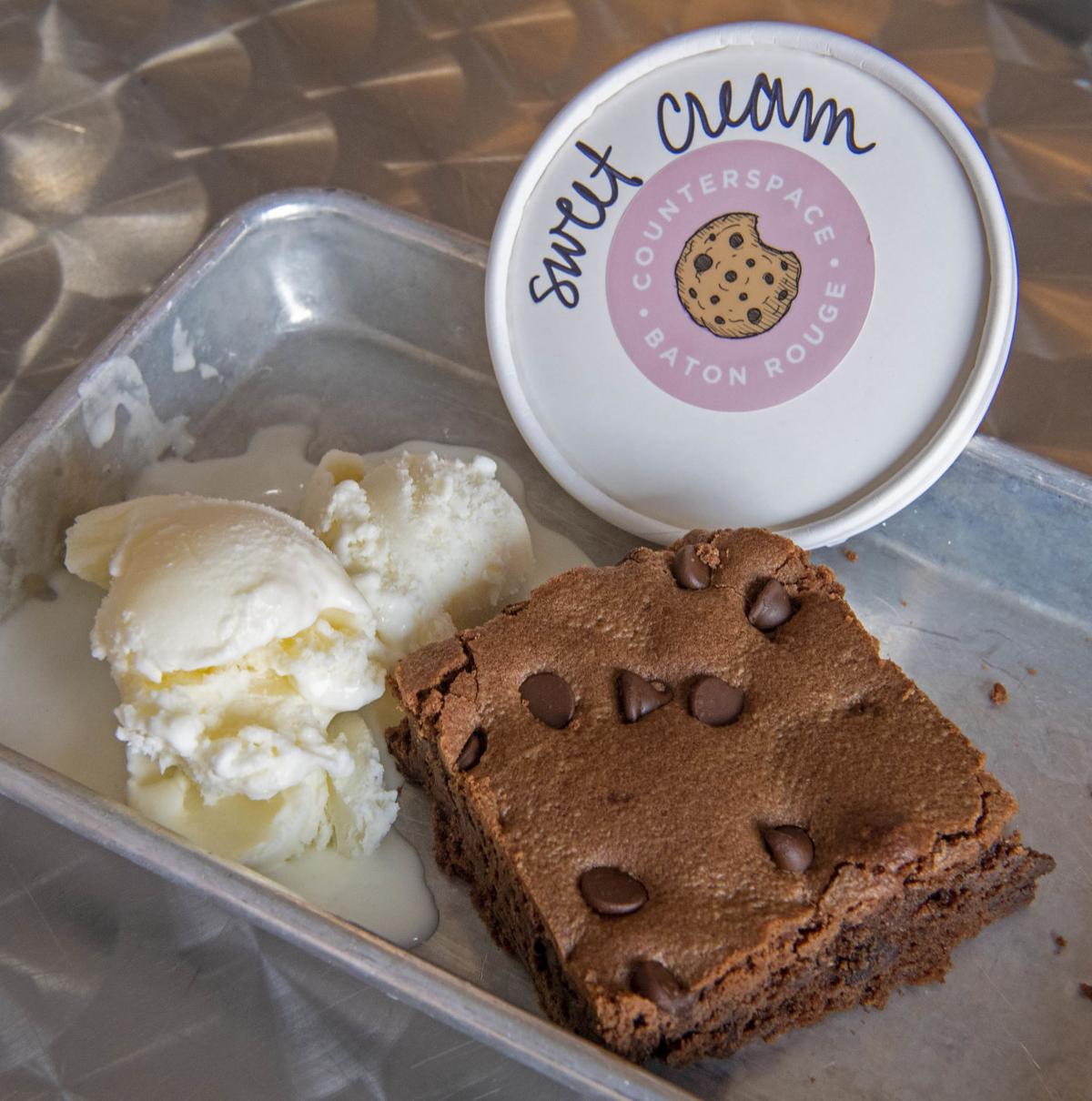 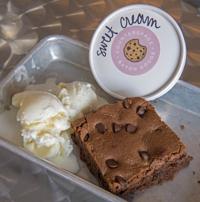 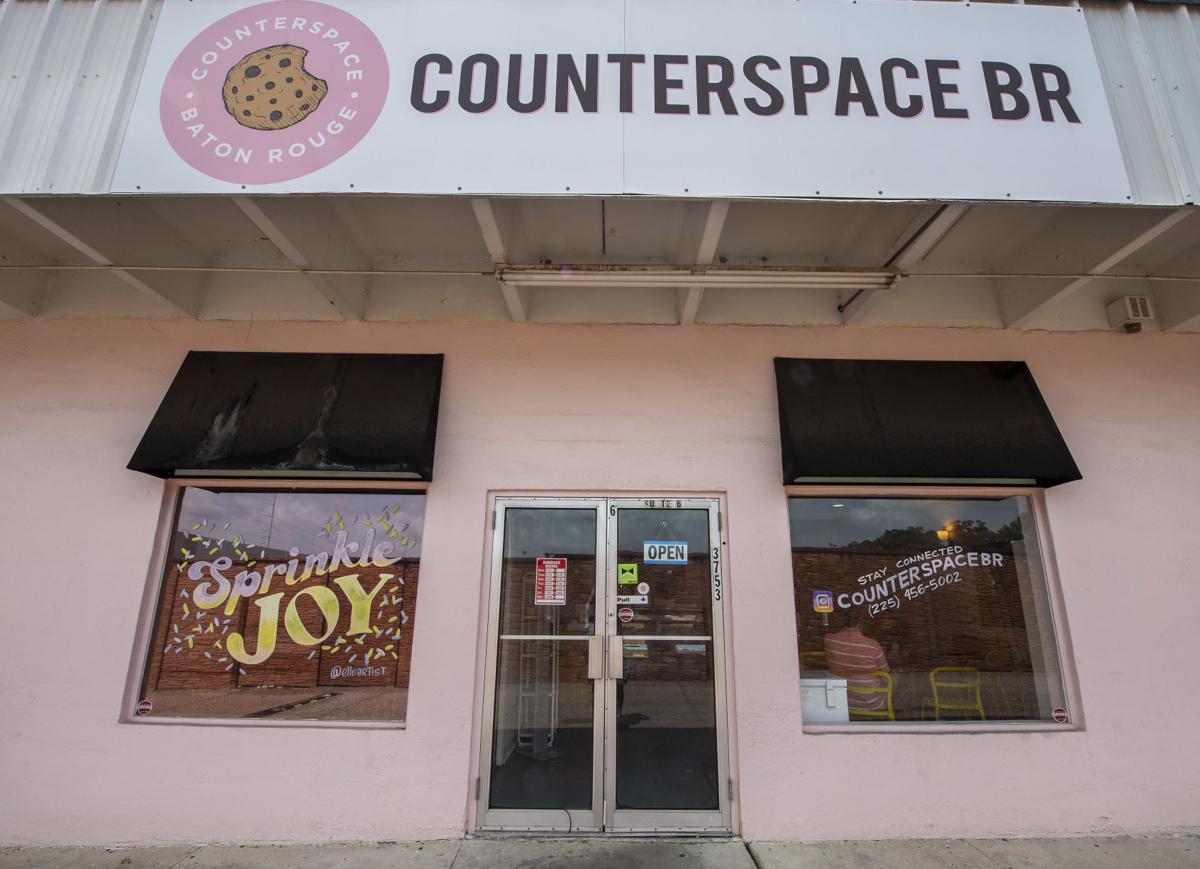 Like a lot of people, Sarah Joy Hays made her share of bread during the initial coronavirus lockdown.

But then the owner of the from-scratch bakery CounterspaceBR says she got "knee-deep into ice cream."

She churned up coffee, cinnamon, tahini and sweet cream flavors. They turned out so delicious she's now selling them by the pint or in ice-cream sandwiches at her 3753 Perkins Road Shop. And that's just the beginning.

Hays said the flavors will change and expand with the seasons, but she added that the current menu has proven really popular.

The ice cream like all of the offerings at Counterspace is made fresh daily by Hays and her staff of six.

"Those are our three cornerstone cookies and cookie sandwiches," she said. "Anytime we have the opportunity to get creative, we try to expand a little bit, but we stick to our core values."

Hays' cookies made their first Baton Rouge appearance in 2017 at the MidCity Makers Market while she commuted between Baton Rouge and Washington, D.C., where she was executive director of a trade association.

Finally, the Lafayette native opened a shop at the now-closed White Star Market on Government Street. Her consultant, Adam Ducote, ran it while she was away in Washington. The shop proved popular with customers but didn't allow much room for creative baking.

"I originally just wanted this to be a place where we baked to service our counter at White Star or our wholesale partners," she said. "But when the opportunity was not presented to renew our lease at White Star, we were like, 'Great, we have our own place then.'"

In the days before the pandemic, Hays set aside her Sundays to try new recipes.

With the gift of time the lockdown afforded, she decided to go beyond baked goods.

"So it shifted from baking new things to making ice cream," she said. "I tried to make it twice before. I had an ice-cream maker at home, and it was fine but not great."

"She started an Instagram account where she said, 'We're all stuck at home, so hey, let's all work on new flavors,'" Hays said. "That really is what inspired me to get the ice-cream maker back out, get the ingredients and just go to town using a base recipe and figuring out what syrups you can use to make that base another flavor."

Hays starts with a sweet cream base on which to build her flavors.

"It's an airplane-in-the-air kind of story, because I played around with the base for a couple of weeks," she said. "We don't use a custard base. We use a mix of whole milk and heavy cream and boil it with sugar so everything breaks down the right way and turns into good, churnable ice cream."

Hays thickens the cream with a cornstarch slurry instead of eggs, which results in a scoopable ice cream straight from the ice cream maker.

"It's a creamy, soft ice cream," she said. "So, if you're putting it into an ice-cream sandwich, you don't have to wait for it to melt before you can bite into it. It's just a nice consistency."

And all were introduced as part of CounterspaceBR's preorder Father's Day bundle.

"We sold over 200 ice-cream sandwiches during our first weekend," Hays said. "We were able to introduce something new and get people excited around Father's Day, which isn't always celebrated the same way as Mother's Day."

But even more exciting to Hays were funds the sale raised for Bakers Against Racism. A portion of each preorder payment benefited the organization's national bake sale, providing free counseling for Black women and girls who can't afford it.

"Over 2,400 bakers participated in it, and it spread like wildfire," Hays said. "It was amazing to watch."

Her try, try-again ice-cream story is sort of a metaphor for how Hays has achieved success in her relatively new business.

"I think that if I look back at other endeavors of mine, without inflating myself, I think that I have had a track record of figuring something out, figuring how to make it work, pushing until it does work and then greasing the wheel while it's moving," she said, "but I think that many things have happened in the past few years that have made this a very sweet affirmation of this is where my gifts and my talents can culminate, which is awesome."