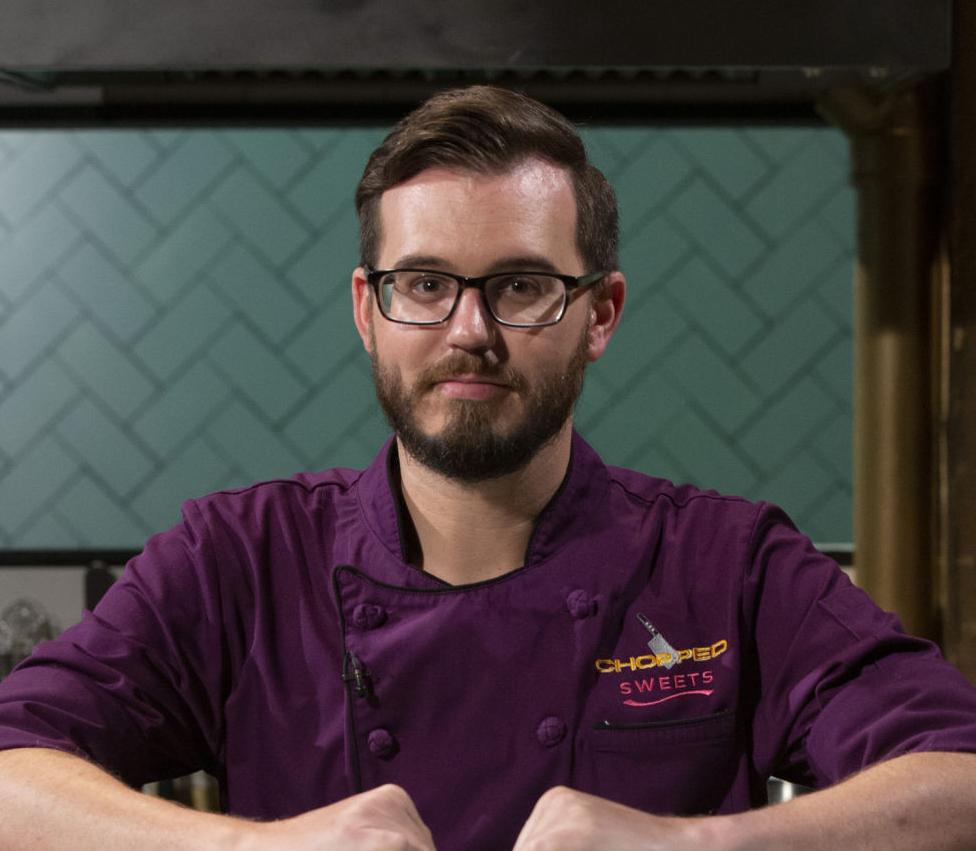 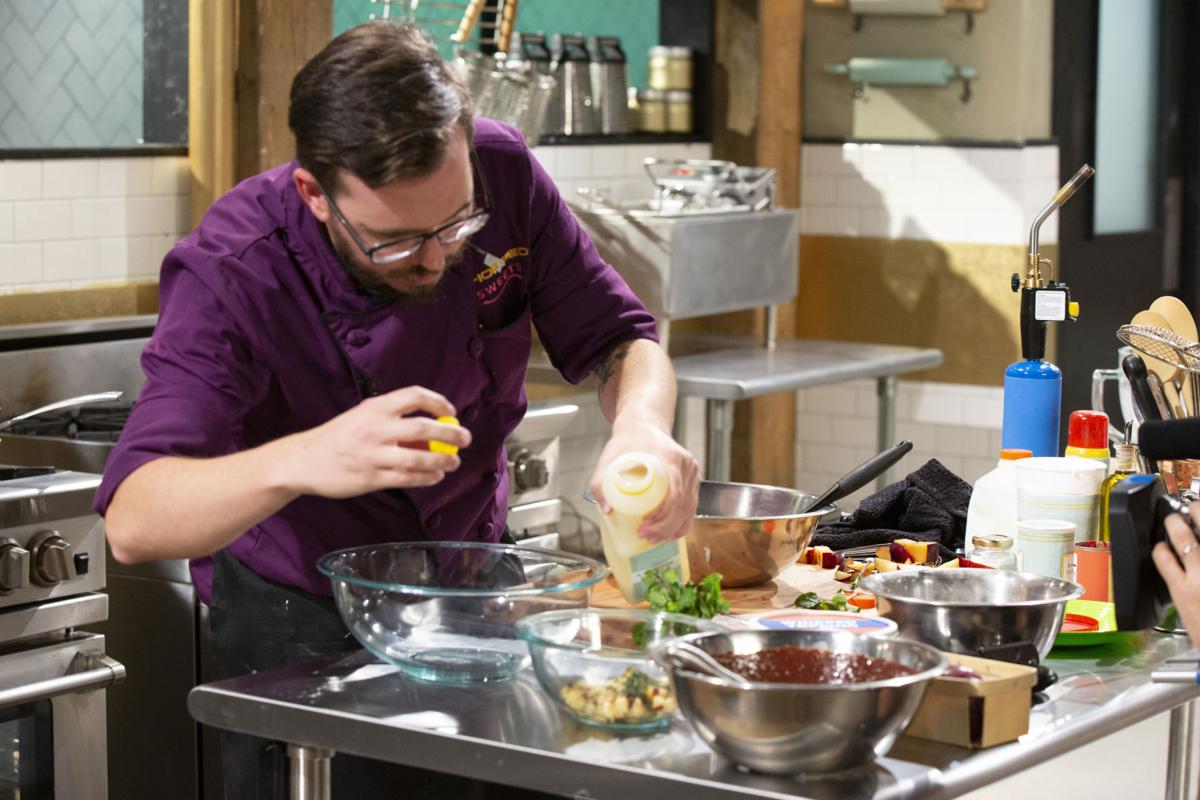 He got his "ultimate redemption."

Emeril's of New Orleans pastry chef Jeremy Fogg walked away with the $10,000 prize from Monday night's episode of "Chopped: Sweets."

The series is a sugary spin-off of Food Network's popular savory-centric series, "Chopped." Thirty-one-year-old Fogg competed but didn't win on the original series in January 2018.

The "Sweets" episode, titled "Desserts on a Dime," challenged the four chefs to create a specified type of dessert in each of three timed rounds, using a bargain basket of off-the-wall ingredient combinations.

In Round 1, with a 30-minute deadline, the chefs were to make a fried dough dessert using sugar wafer cookies, sweet soda baked beans, McIntosh apples and "ants on a log" (celery sections filled with peanut butter and raisins). Total cost for the basket's contents: less than $7.

"Pastry is my forté, it's my arena, it's where I really shine," he told the judge during that round's critique.

On to the frozen deserts round, where in 45 minutes the chefs were instructed to whip up a chilly treat from $9 worth of cheese sauce in a jar; red, white and blue frozen pops; pineapple; and potato chips.

"Chef, I feel like you made a $9 basket taste like 50 bucks, honestly," judge-host Scott Conant commented, specifically praising the basil-chocolate fusion.

With two contestants eliminated, it was down to the final round between Fogg and Saratoga, Wyoming pastry chef Gabby Sanchez.

The baked delights challenge gave the pair 45 minutes and $4 worth of tomato paste, graham cracker pies, plums and whipped topping.

Fogg's s'mores biscuit with marshmallow Chantilly and graham cracker pie with chocolate ganache put him over the top.

"It's acidic. It's sweet. It kind of has caramelized flavor that goes really nicely with those plums," said judge Samantha Seneviratne, a baker and cookbook author.

"I'm so excited I could just jump in the air," Fogg said after being named the night's champ.

From Emeril's kitchen to the Food Network kitchen, New Orleans pastry chef Jeremy Fogg is baking a name for himself in the culinary world.