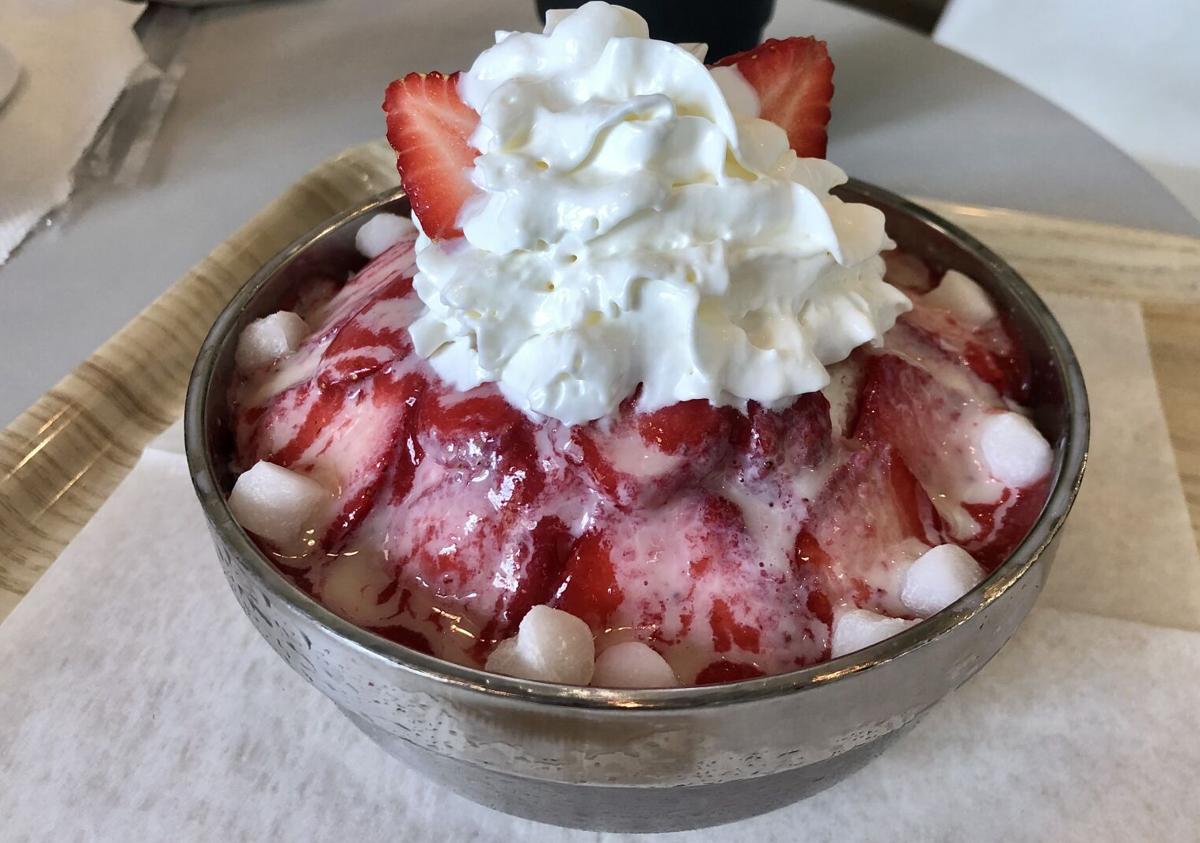 Sweet Society's Bingsu is made of fluffy ice with condensed milk and house-made strawberry puree garnished with strawberries, whipped cream and mochi. 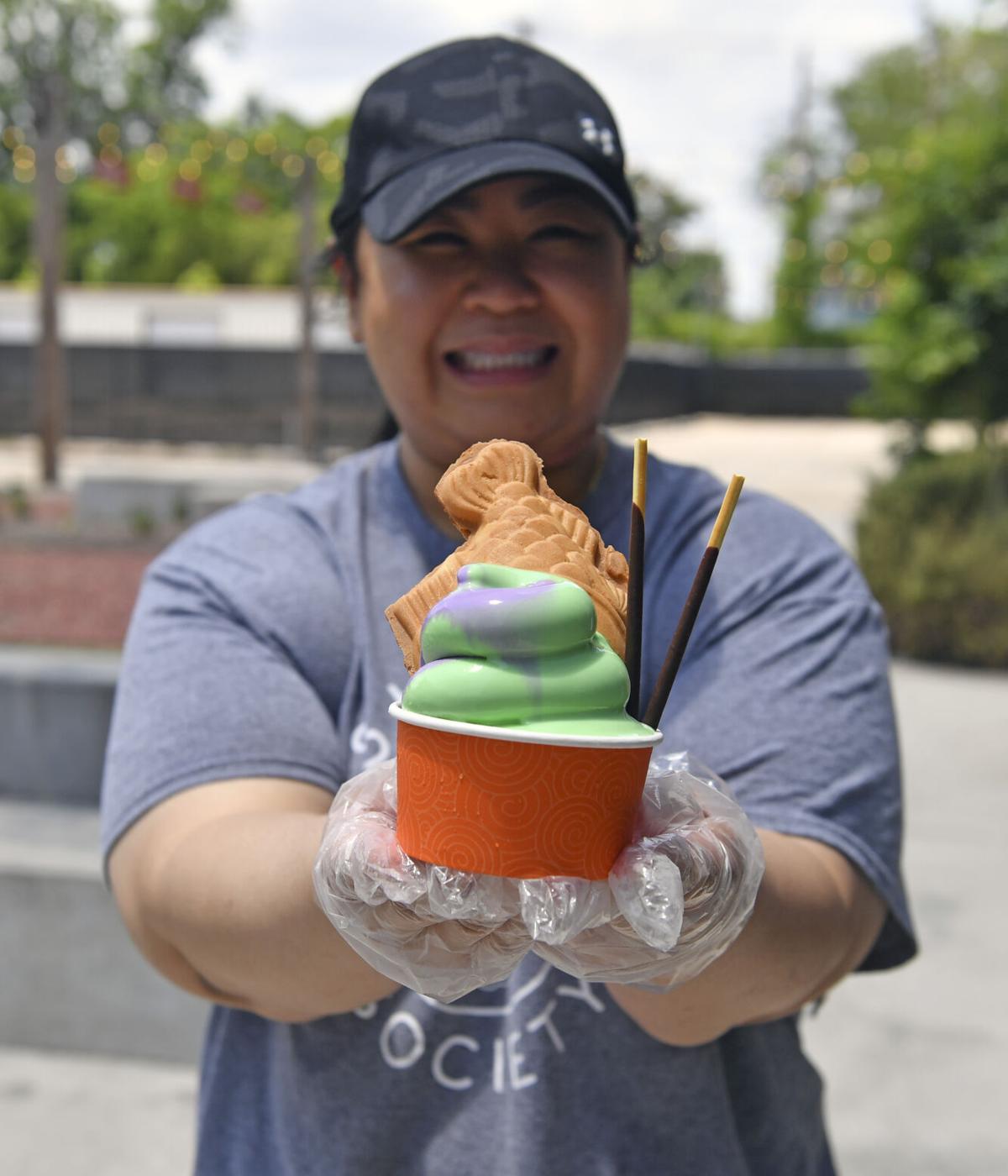 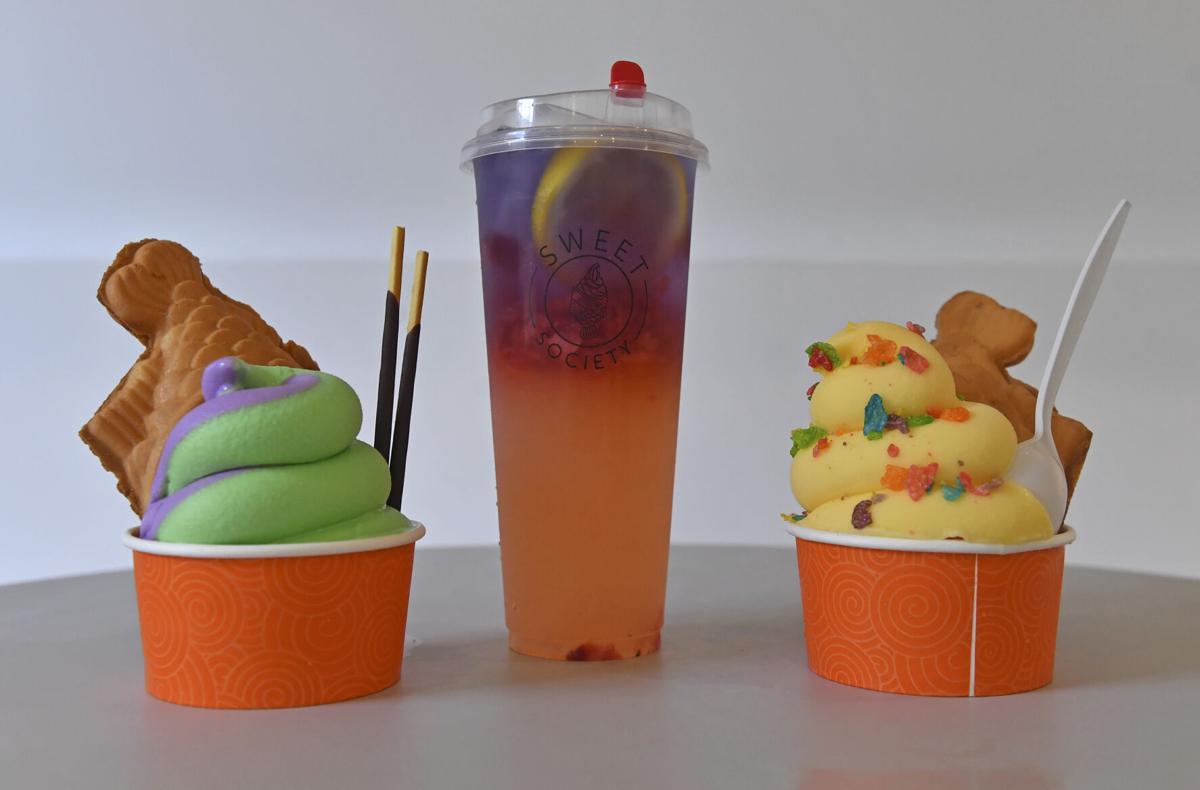 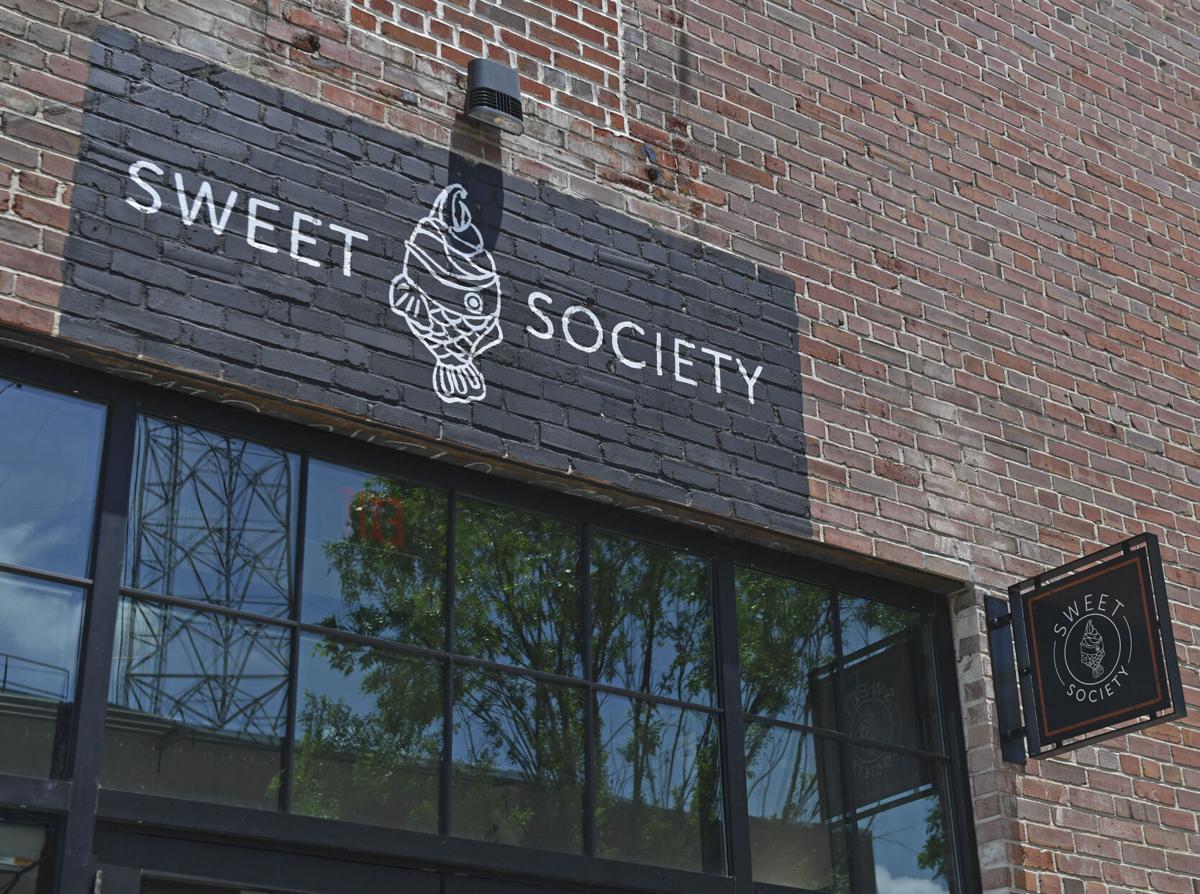 Sweet Society is located inside Electric Depot at 1509 Government Street. 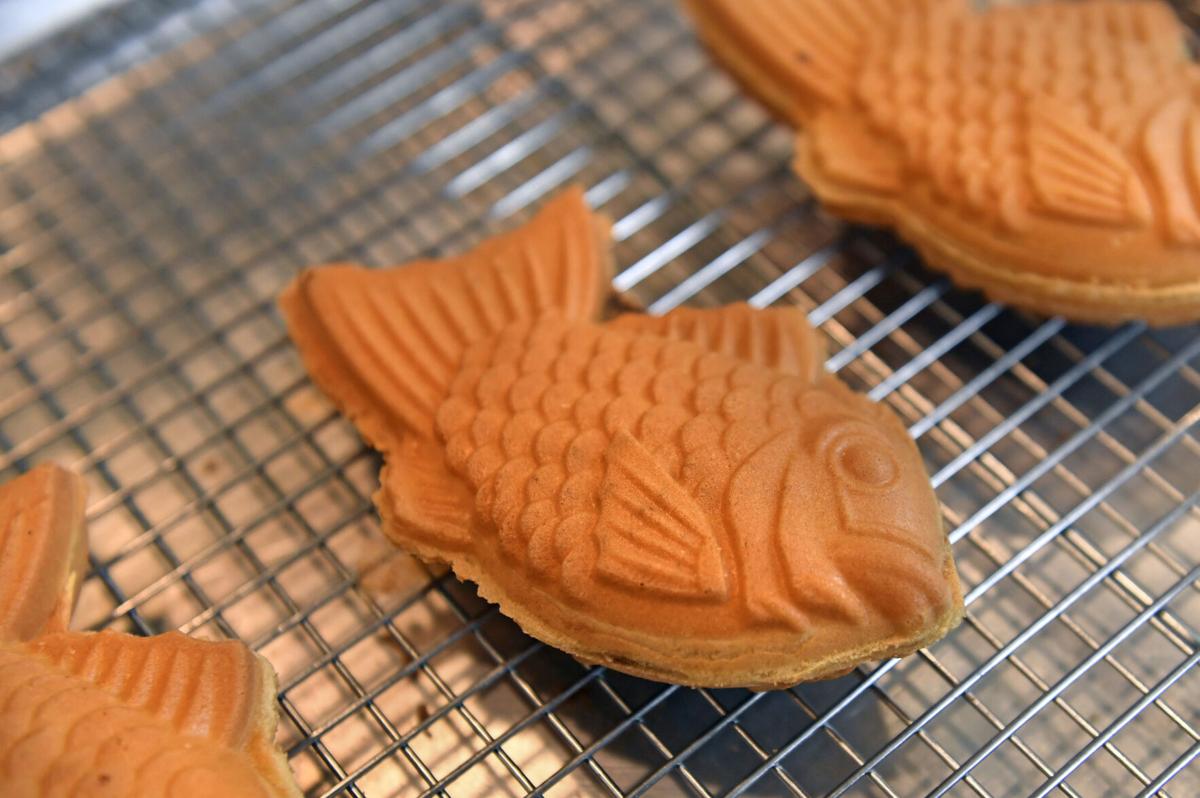 Taiyaki pockets cool on a pan at Sweet Society. Customers can choose to put in a filling, such as Nutella, before the cones are filled with ice cream. 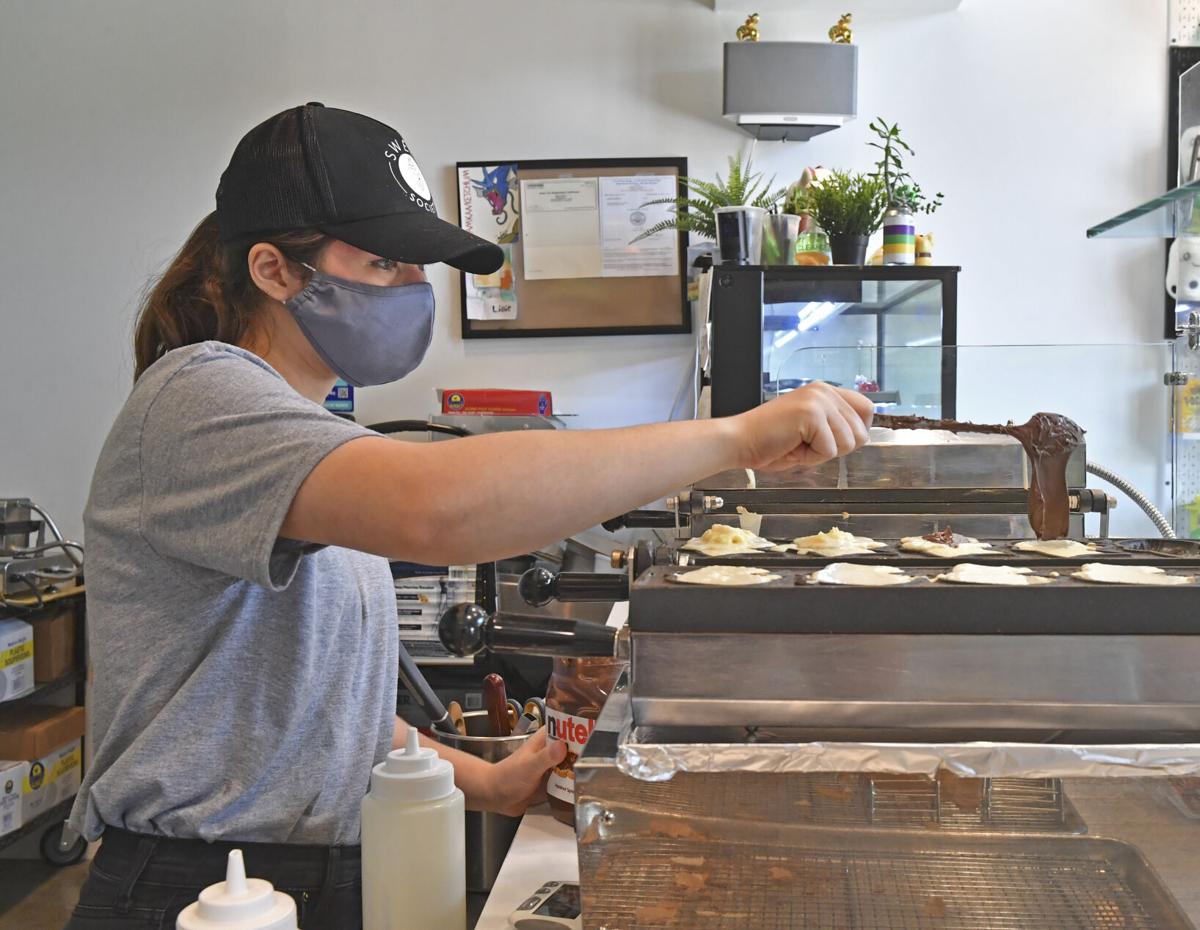 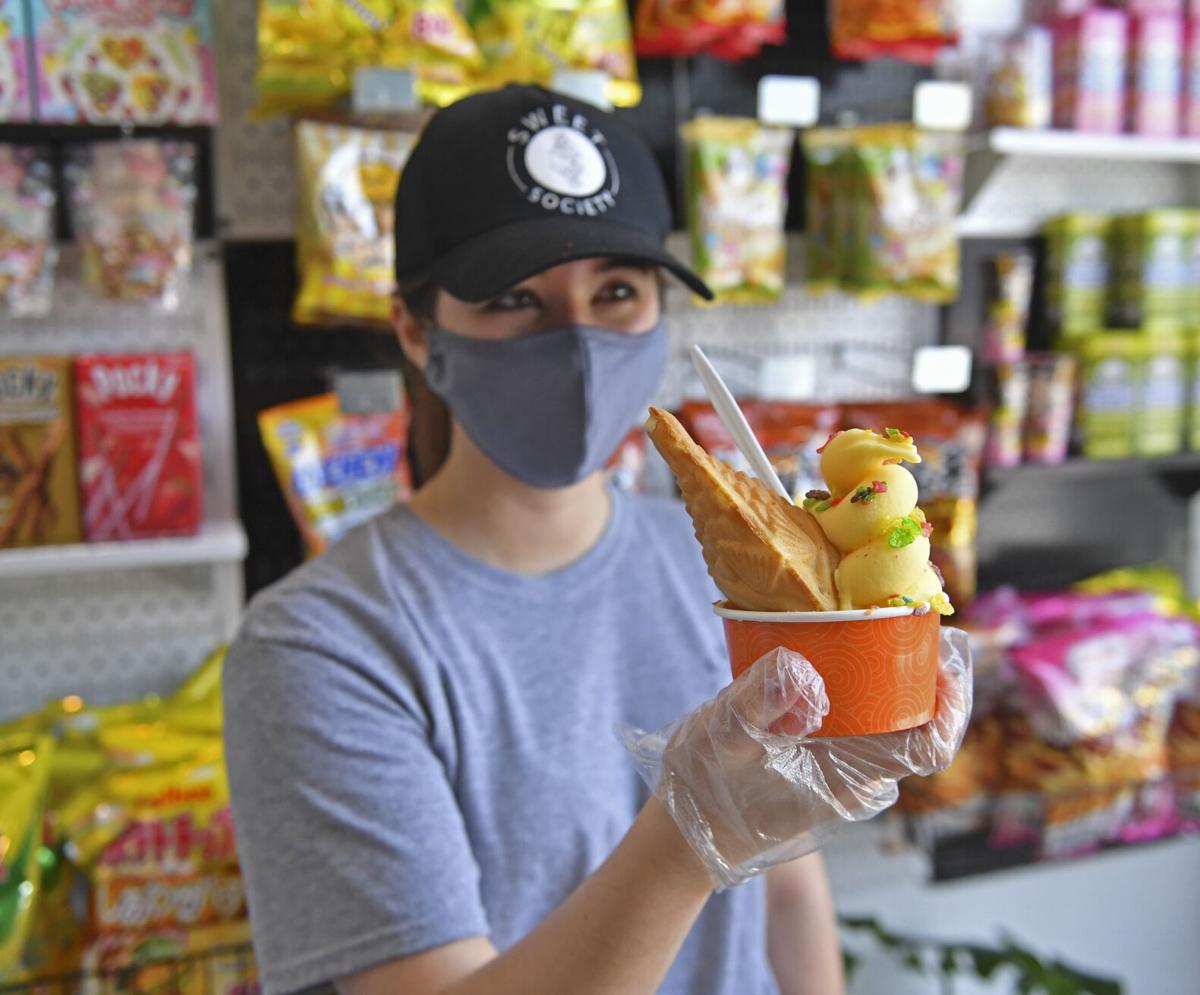 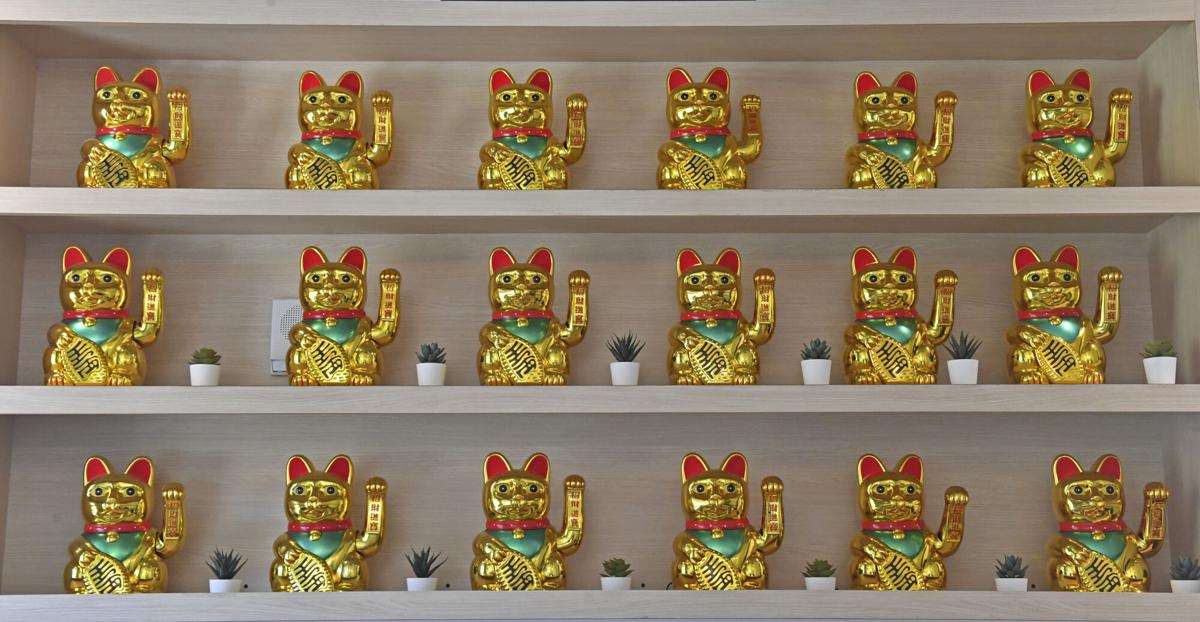 Sweet Society's Bingsu is made of fluffy ice with condensed milk and house-made strawberry puree garnished with strawberries, whipped cream and mochi.

Sweet Society is located inside Electric Depot at 1509 Government Street.

Taiyaki pockets cool on a pan at Sweet Society. Customers can choose to put in a filling, such as Nutella, before the cones are filled with ice cream.

July is National Ice Cream Month, and if you're looking for something beyond chocolate and vanilla, head to Sweet Society.

The shop has been shaking up the ice cream scene with its exotic menu since it opened in September in Electric Depot, 1509 Government St.

Sweet Society serves Japanese ice cream in flavors like purple yam dished up in a taiyaki, or fish-shaped, waffle cone.

Yep. Known as ube, the purple yam flavor has been the shop's best seller since it opened.

"It's a little earthy, but it's sweet," said manager Kay Vong. "That's what everyone likes. They're looking for something different."

The shop's ice cream menu is always a rotation of four flavors with complementing toppings and fillings.

On tap now along with ube is hokkaido milk, which has a sweet cream flavor; Dole Whip pineapple; and pandan, which has a coconut leaf flavor.

"We get a lot of repeat customers," Vong said. "They're excited to try these new flavors and see new things. It's something different that you can come and experience with your friends."

The shop makes almost everything in-house, including its fish-shaped cones, which are crispy on the outside and soft inside.

"So, it's literally a fish mouth, and we put the filling in the mouth," Vong said. "Then we put it in a cup with the ice cream."

"The customers' orders are so unpredictable," Vong said. "They combine different things. Everything is in a cone, and it is a three-step system. So, the first step is you pick your flavor, and then you pick the fillings. You can pick custard or Nutella, but if you're feeling adventurous, you can try red beans."

"It's the same texture, but it's not savory," Vong said. "It's sweet, and it's found a lot in the Caribbean and in Asian desserts. It's really popular in Southeast Asia."

For sno-ball lovers, there's the Bingsu, a dessert made of fluffy ice with condensed milk with a choice of toppings — strawberries is the most popular — and whipped cream, garnished with mochi. One order can easily feed two.

"Sno-balls are made of shaved ice, but the ice in Bingsu is lighter," Vong said. "It's soft and fluffy, and it's not like eating ice at all."

Finally, there's the tea and lemonade list, which includes customer favorite Strawberry Cosmic Lemonade, which changes from purple to pink.

Smallcakes Baton Rouge is a franchise of a national chain, but it's no cookie-cutter business.

They planned to open Sweet Society earlier in 2020 but had to postpone their plans because of the state's coronavirus lockdown. Some restrictions were still in place when they finally opened in September, but business has been steady.

Now they're thinking about adding new items to the menu and possibly catering events in the future. For now, the focus is on building their customer base.

"We have great customers, and we're so grateful to the community for supporting us," Vong said. "As everything continues to open, we're seeing more people come back to Electric Depot.

"I'm just so glad that so many people are adventurous and have been willing to try something new and are coming back for more," Vong said.

It's not unusual at Dearman's to hear folks reminiscing about how when they were kids they would sit at the counter sipping on a nectar cream soda.