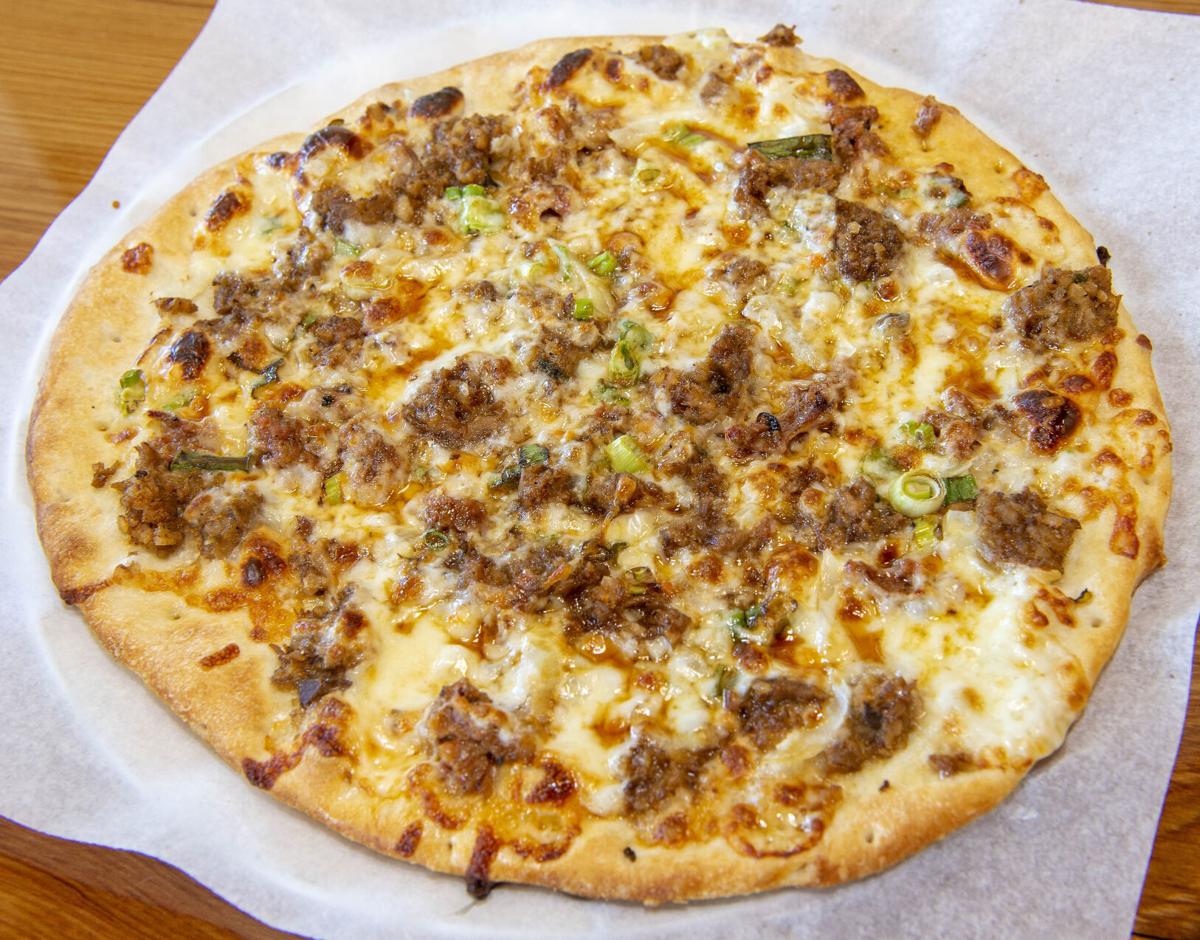 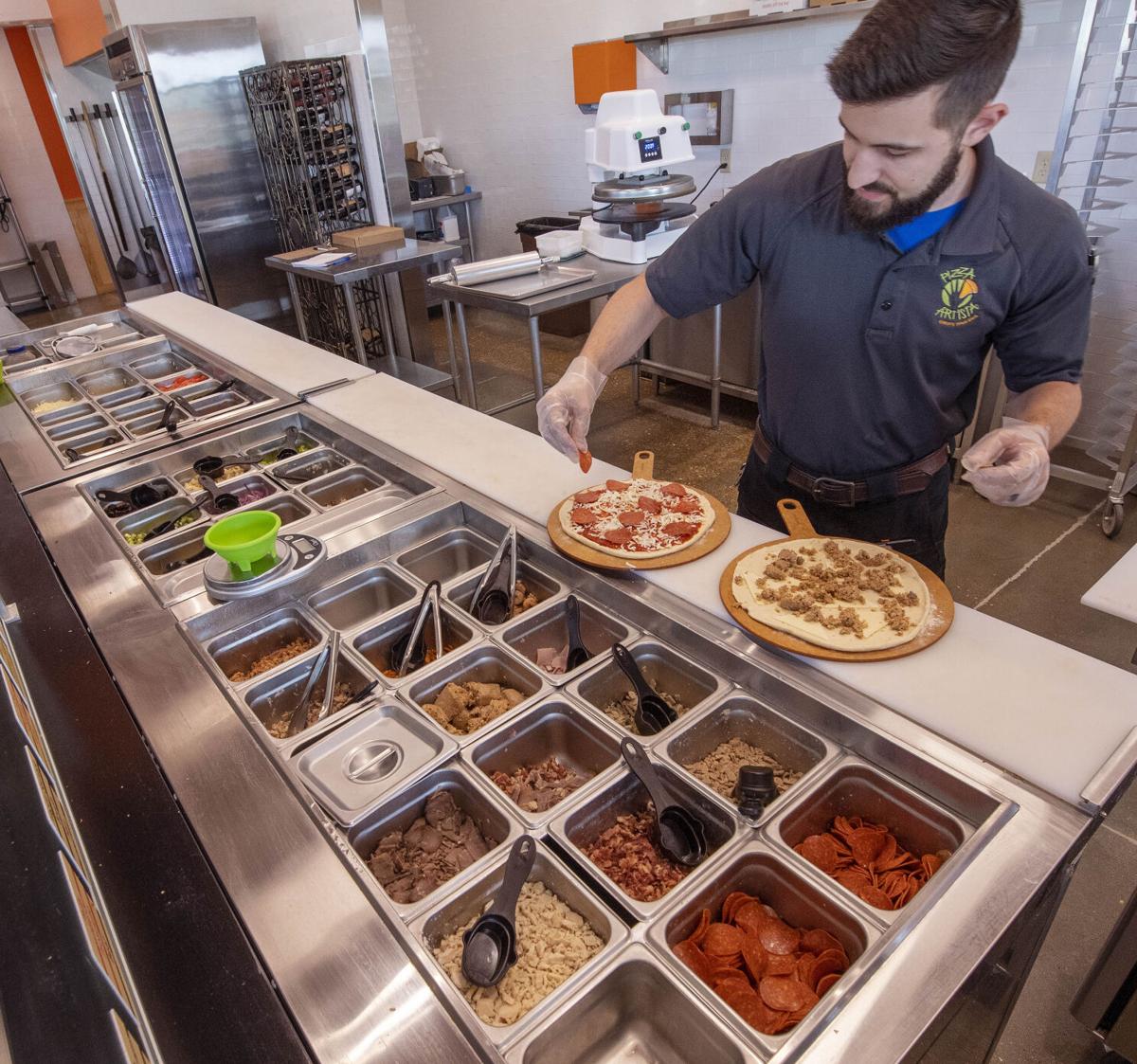 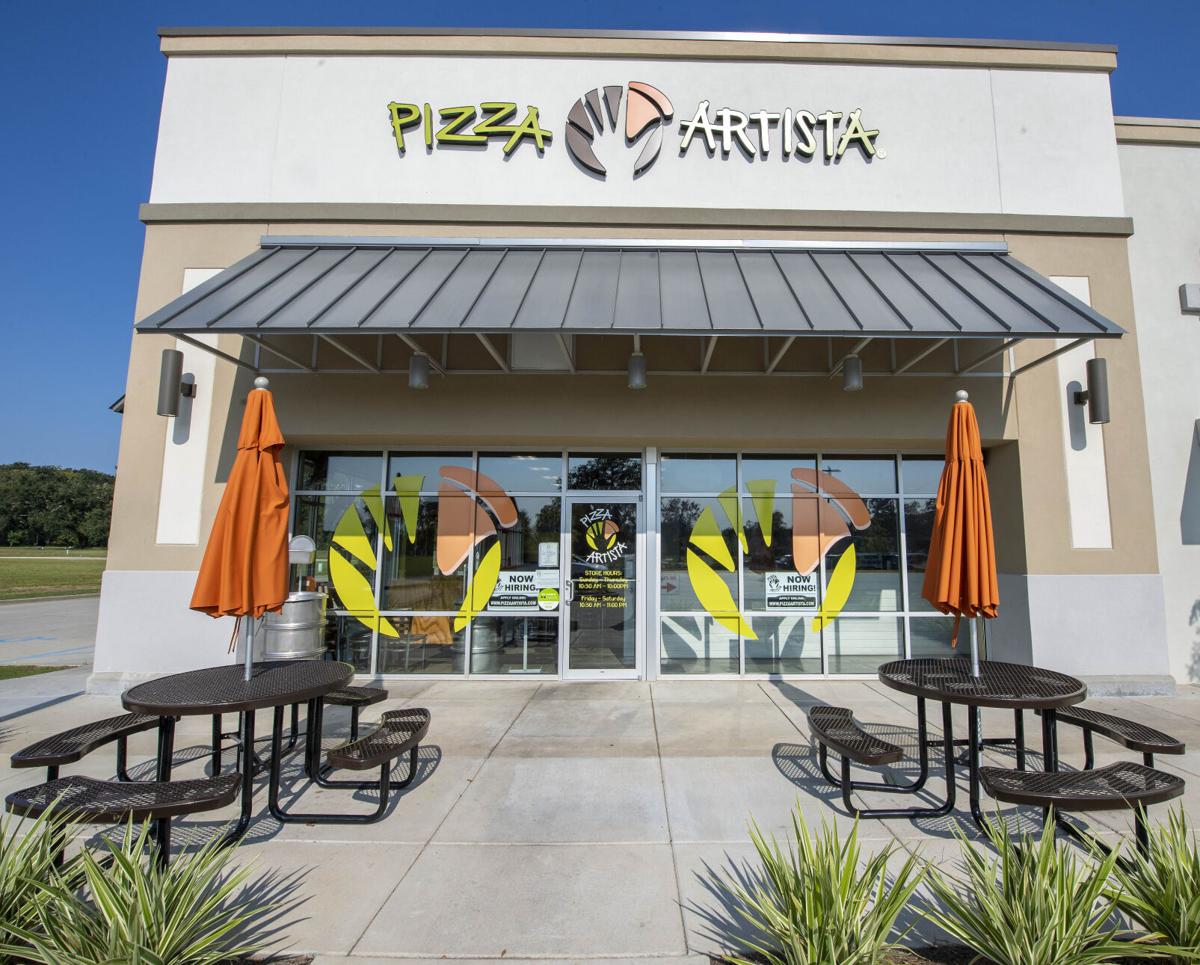 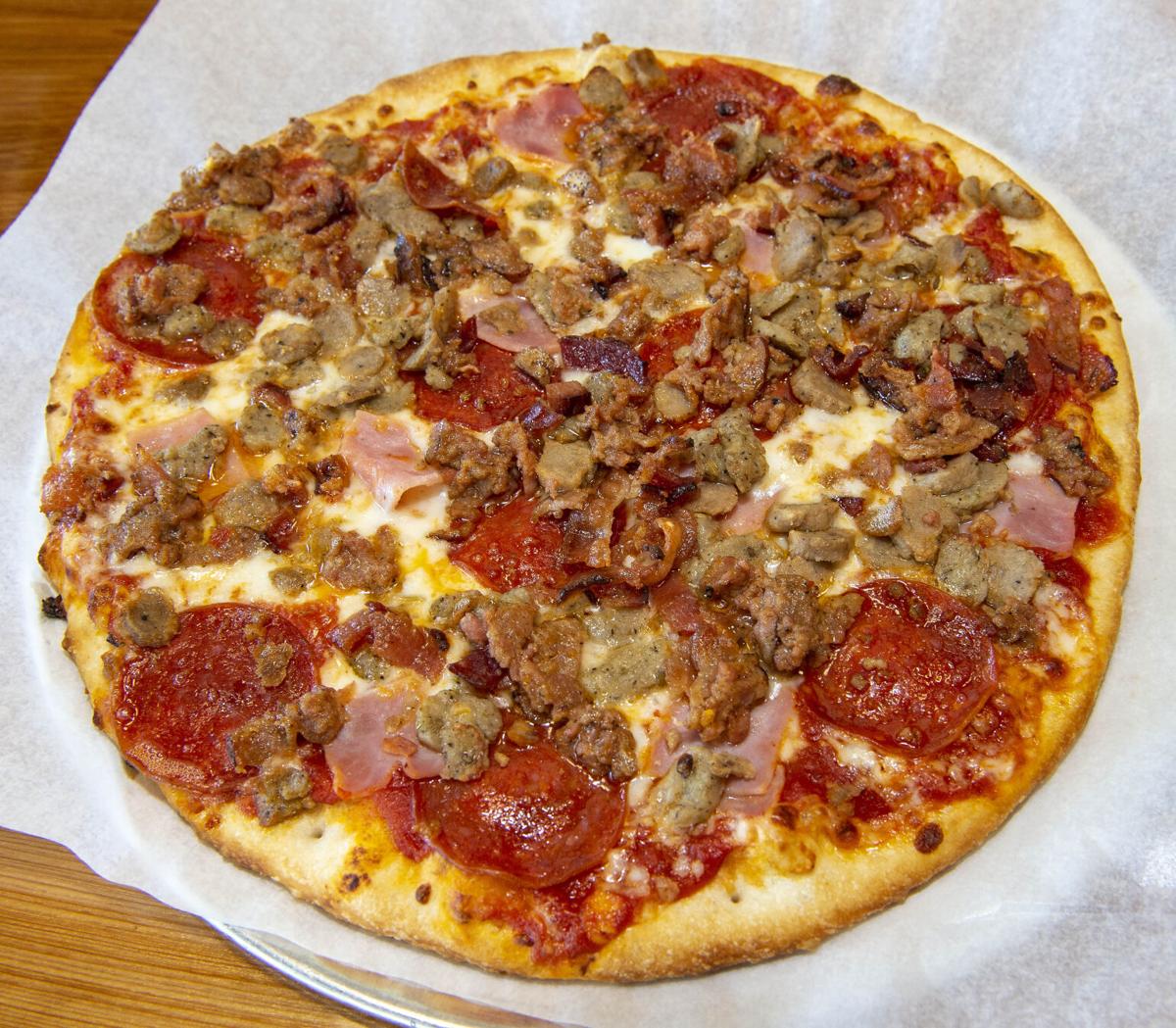 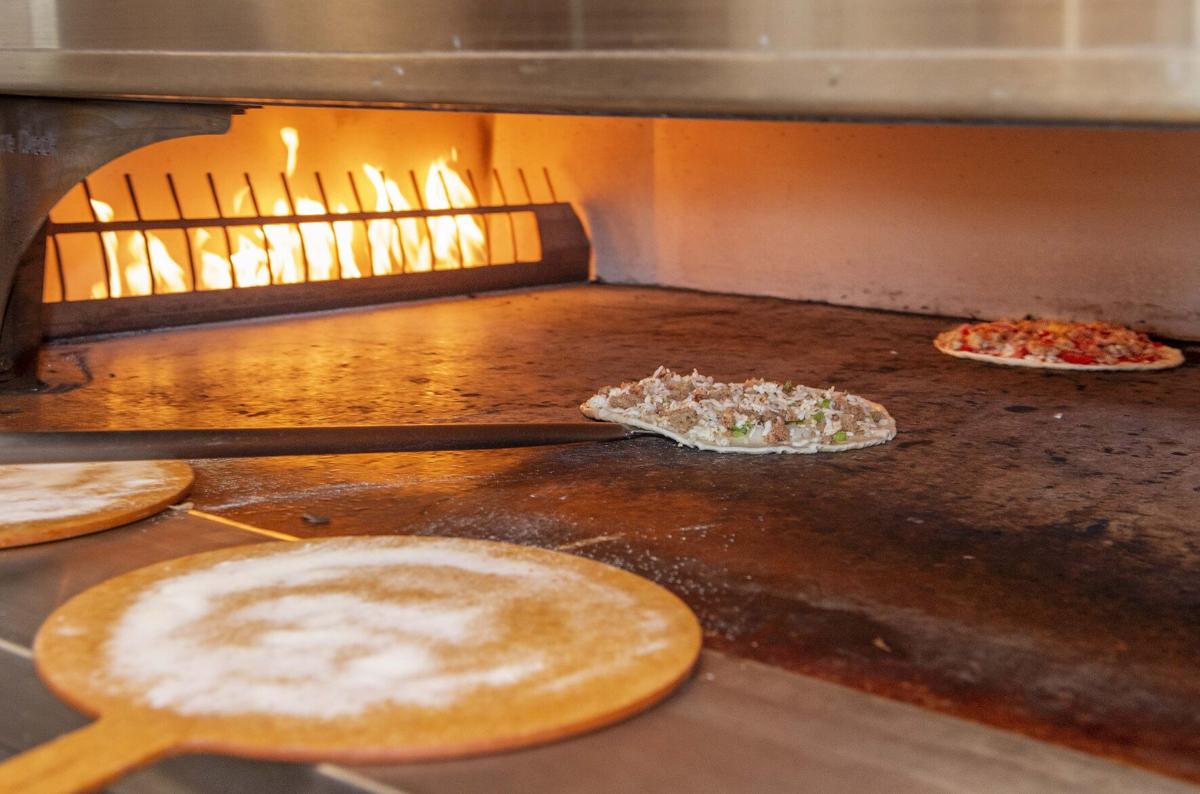 Classic Cajun and Boucherie pizzas go into the oven at Pizza Artista. 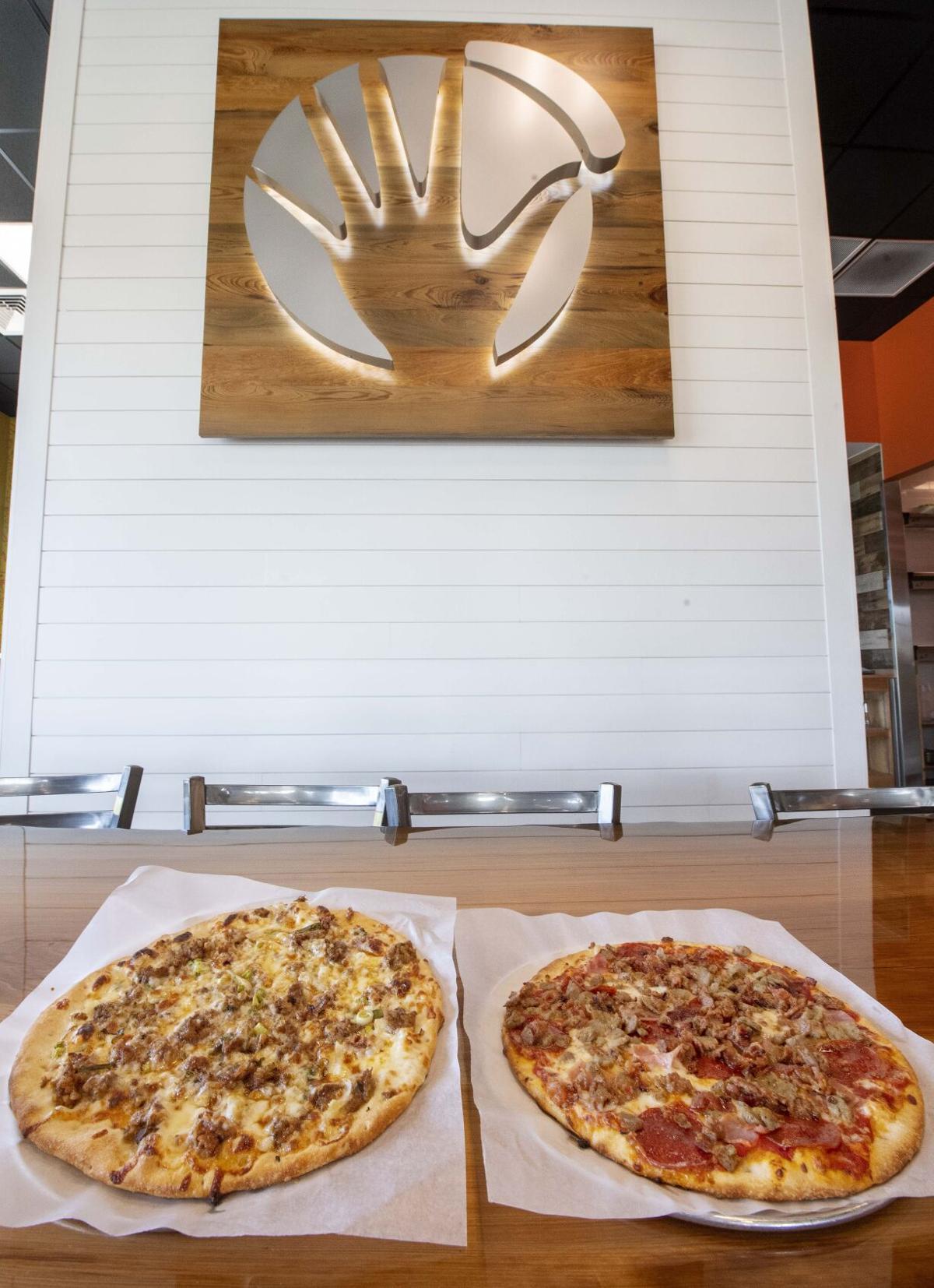 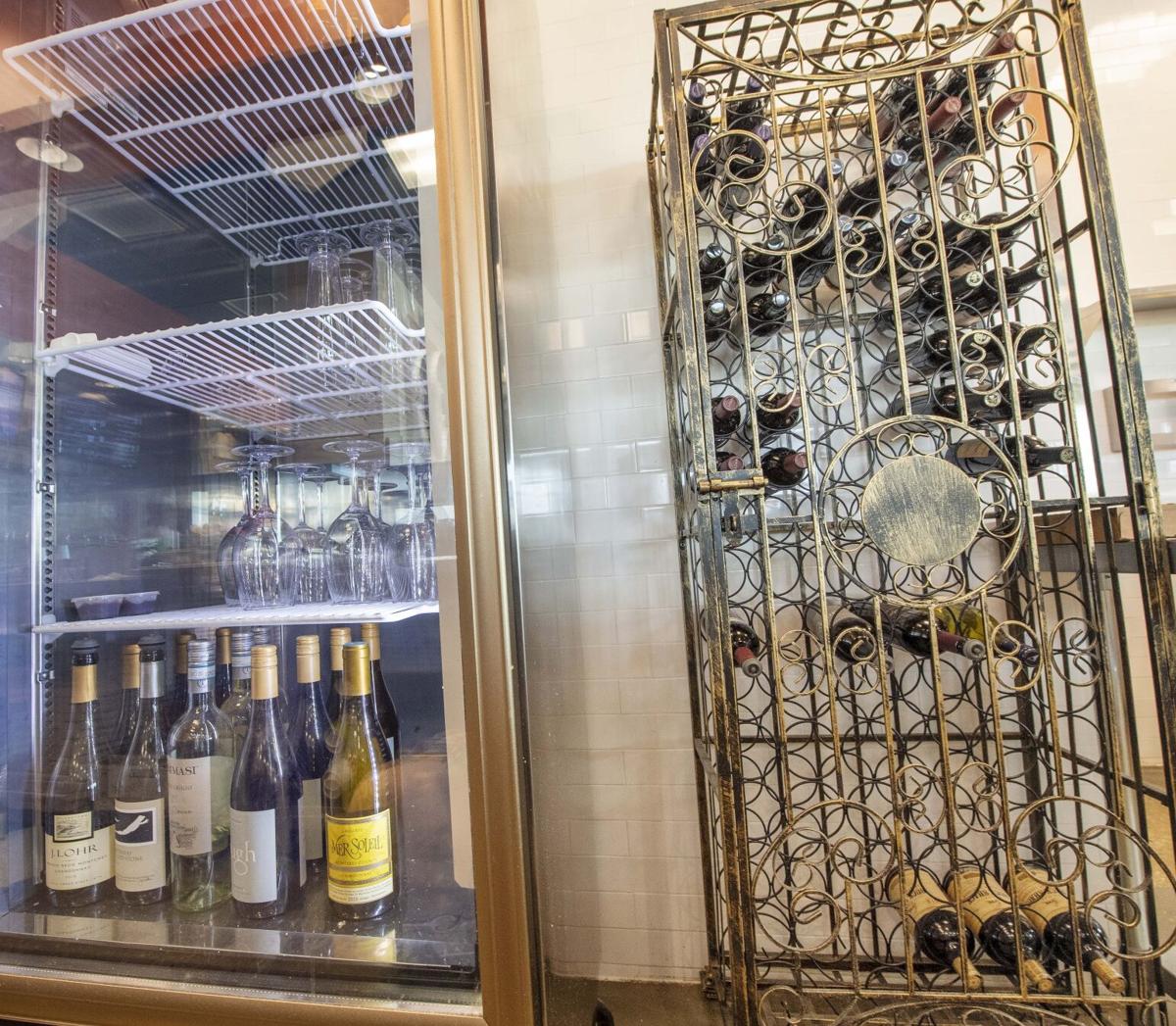 Pizza Artista's Baton Rouge restaurant is the only location that sells wine by the bottle and hosts wine tastings, the next one of which is at 6 p.m. Sept. 15. 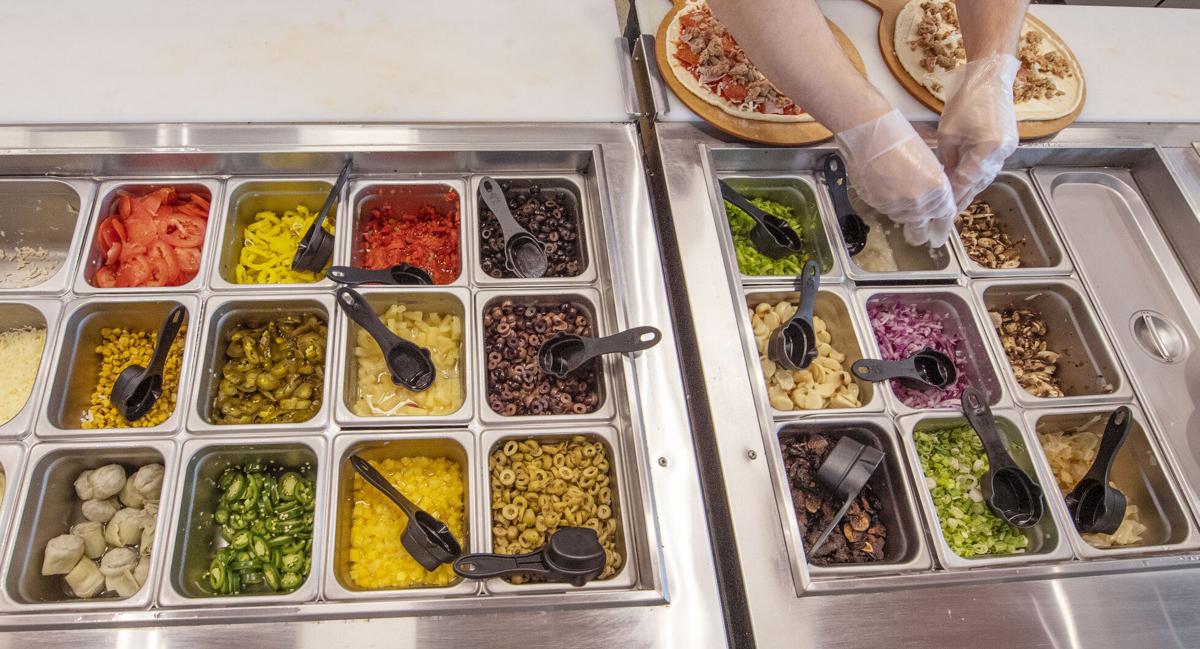 Pizza Artista offers about 60 toppings, allowing customers to build their own pizzas. 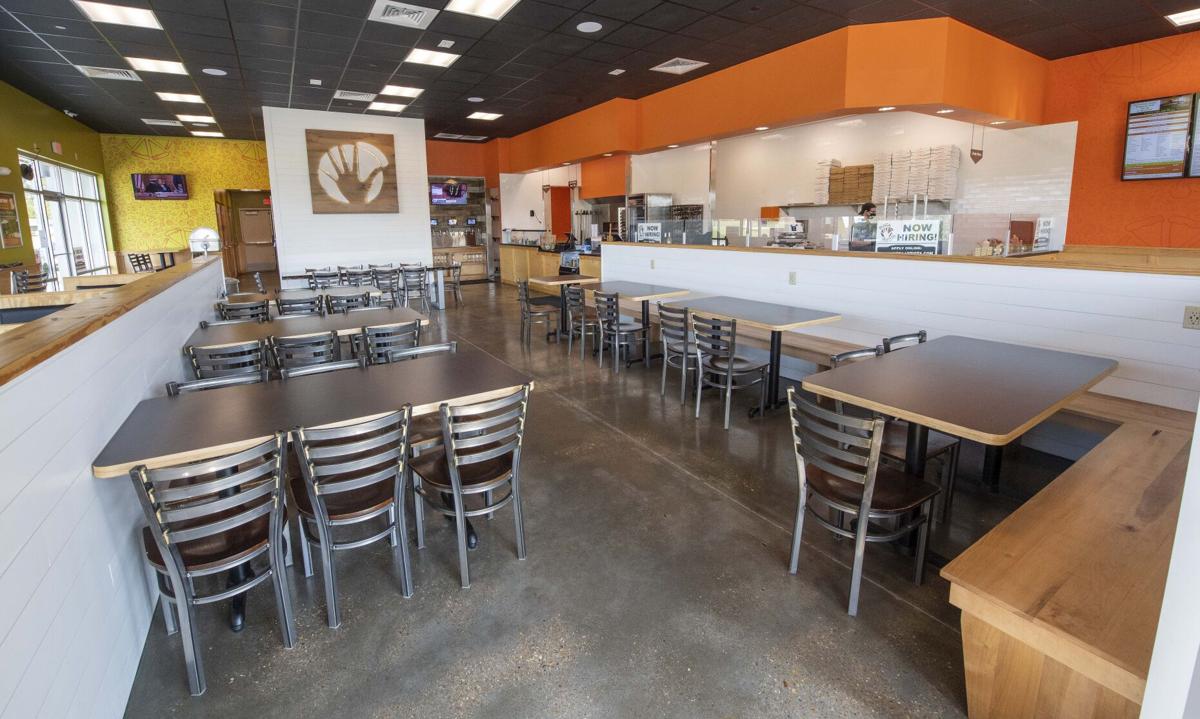 Pizza Artista's Baton Rouge restaurant is the only location that sells wine by the bottle and hosts wine tastings, the next one of which is at 6 p.m. Sept. 15.

Pizza Artista offers about 60 toppings, allowing customers to build their own pizzas.

You bet. And if the toppings also include Cajun sausage and Steen's Syrup, chances are you're at Pizza Artista, where savory Cajun-themed pies are the specialty.

The Lafayette-based restaurant chain opened its Baton Rouge location at 4831 Rouzan Square in March offering some 60 toppings, so everyone can create their own unique pizza.

"The concept is in the name of the restaurant," said Aaron McClaskey, supervisor of corporate locations and son of Scott and Cynthia McClaskey, who co-own the chain with Kirk Miller. "We're artists with the food, and there's definitely passion in the product. We have a Cajun flair, but then we also take it a step further with ingredients of choice. And ultimately, we want it to provide the guest with something that is unparalleled and unique."

The restaurant also offers a host of signature and chef-inspired pizzas, along with seafood dishes and chicken wings.

But the Cajun-themed pizzas and calzones are the real attention grabbers.

Especially the Boucherie, the pizza with smoked boudin and cracklins steeped in Steen's pure cane syrup and topped with American cheese, yellow and green onions and a ghost pepper mozzarella blend settled on a crust made from an original recipe.

The Boucherie was the chain's first big hit when the first Pizza Artista opened in Lafayette in 2015.

"That's what really put us on the map," said Aaron McClaskey. "Even Jimmy Steen, one of the members of the Steen Syrup family, came over and tried the pizza."

Fortunately, McClaskey reported, "He loved it."

Another favorite is the Classic Cajun, which combines andouille, tasso and smoked Cajun sausage with pepperoni, ham, beef, Italian sausage and bacon and mozzarella in a spicy sauce.

Other Cajun pizzas include the Cajun Macque Choux, with an Alfredo sauce; Chicken and Sausage or Seafood Sauce Piquante; and the Swamp Daddy, loaded with Cajun meats, crawfish, crab and shrimp.

Among its signature pizzas are BBQ Chicken, Classic Veggie, Asian, Philly Steak and the Oolala, a pepperoni, beef, shrimp, jalapeños concoction on a red sauce with mozzarella.

One of the chef-inspired favorites is the Fig-N-Awesome, where figs come together with brie, provolone, bacon, tasso and Steen's Syrup.

Conscious of various diets, McClaskey said the dough is made in a room separate from where the pizzas are prepared.

"We want to be inclusive, and a lot of people have dietary issues," McClaskey said. "They have a hard time finding places that can fit their dietary needs. So, we have a gluten-free pizza that people can actually eat."

"We have something for everyone in the dietary spectrum," McClaskey said. "We can cover it, and we take a lot of pride in being able to offer a Cajun flair for everyone."

There's a tap wall with local craft and national beers, and wine can be purchased by the bottle.

"We actually do wine tastings every two weeks in Baton Rouge," McClaskey said. "That's a lot of fun. Scott and I are big wine guys, so we offer truly unique selections from really good lines. We're very particular about the wines we drink."

"Our Baton Rouge location was built by design to sell wine and wine tastings," McClaskey said. "We had a table made from 100-year-old cypress for this. We'll have some pizza there, but the focus will be on the wine."

Jennifer Brown came up with the concept of plant-based cookie dough, but her 5-year-old daughter Leah gets credit for the sprinkles.

Pizza Artista also has franchises in Lake Charles, Broussard and Greenville, South Carolina. Next up will be Texas franchises in Groves, Spring, The Woodlands and Conroe.