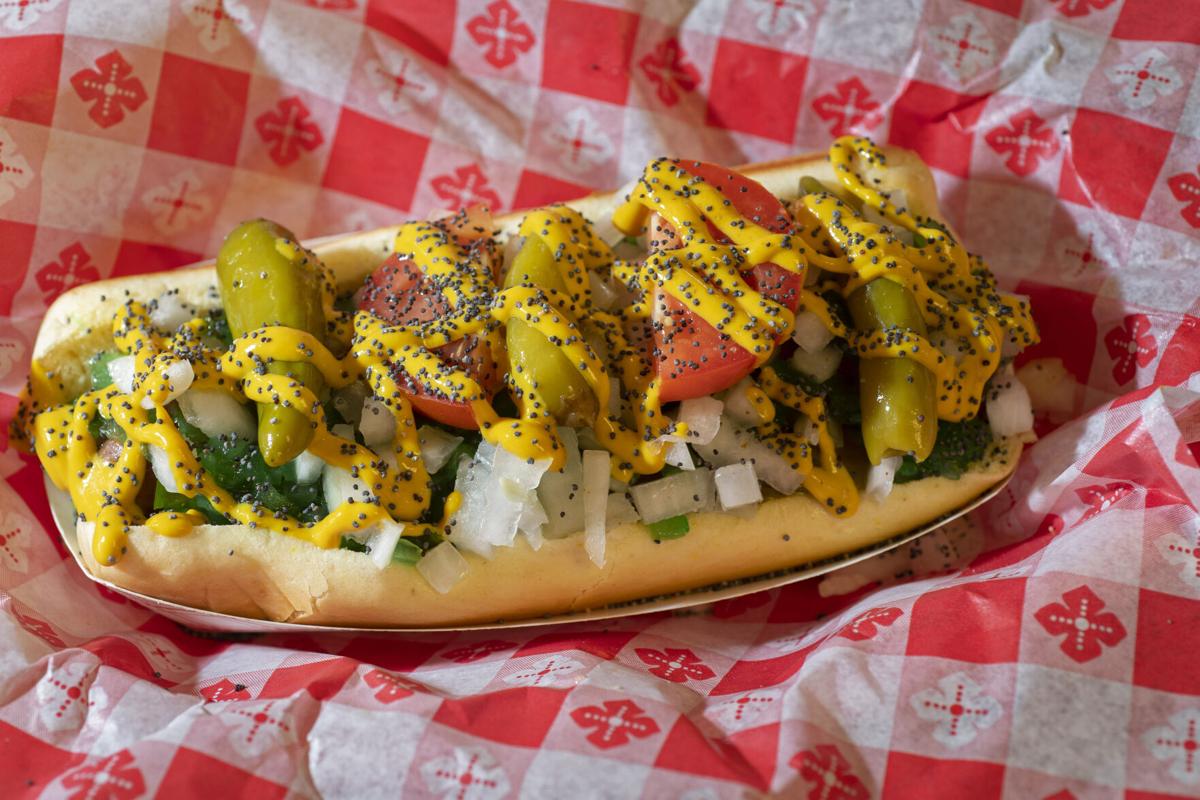 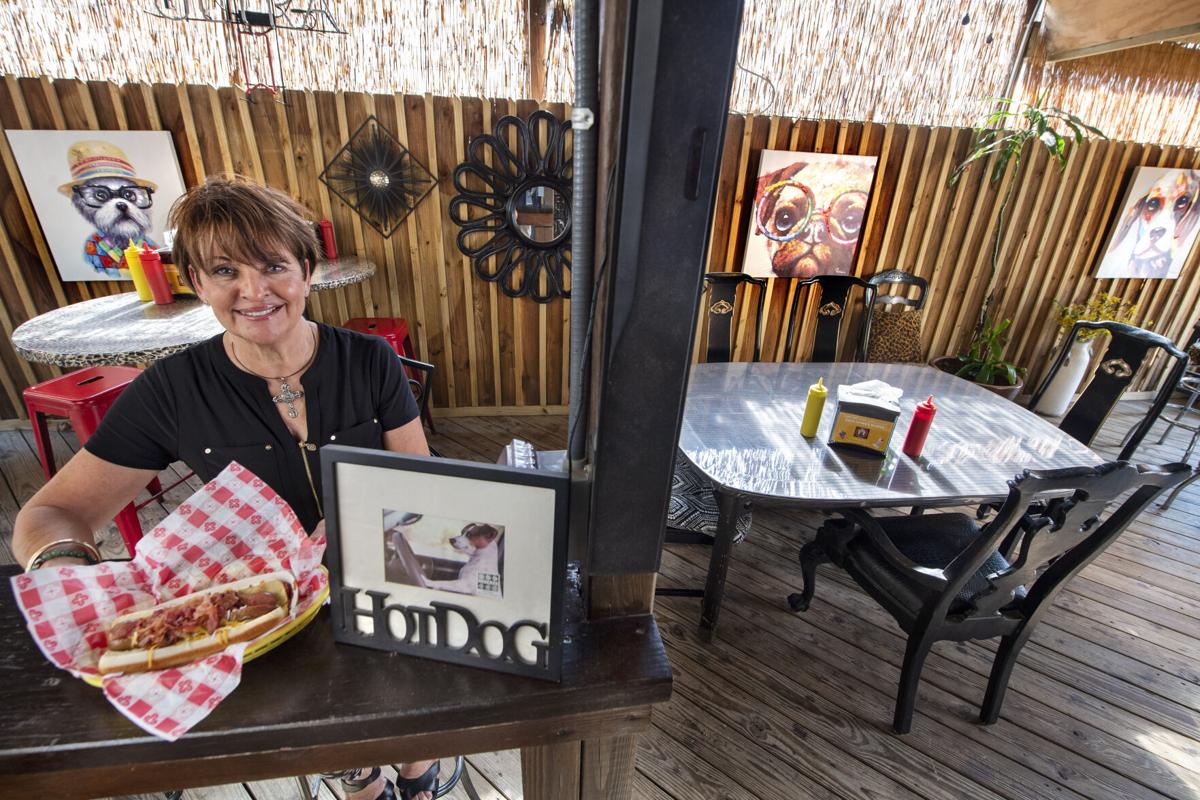 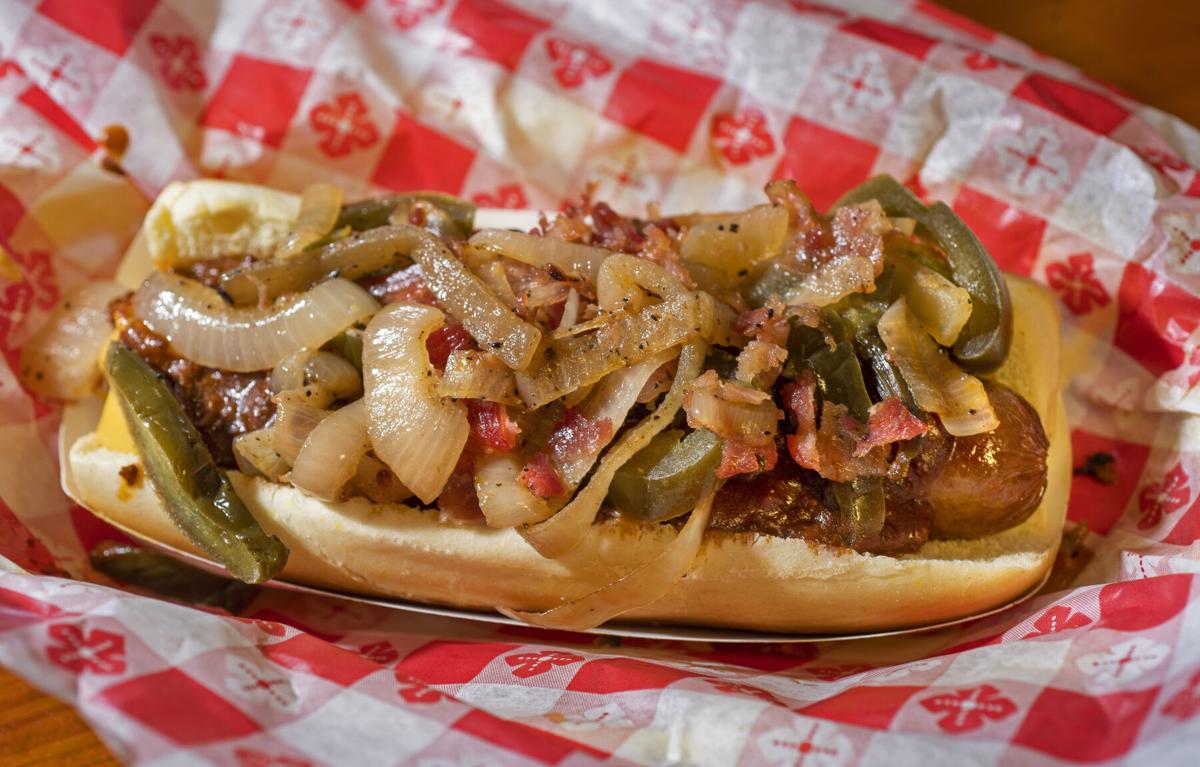 One of the specialty dogs at Frankie's Dawg House is the Chuck Norris, a quarter-pound, all-beef Nathan's hot dog with chili, nacho cheese sauce, bacon, grilled onions and jalapenos. 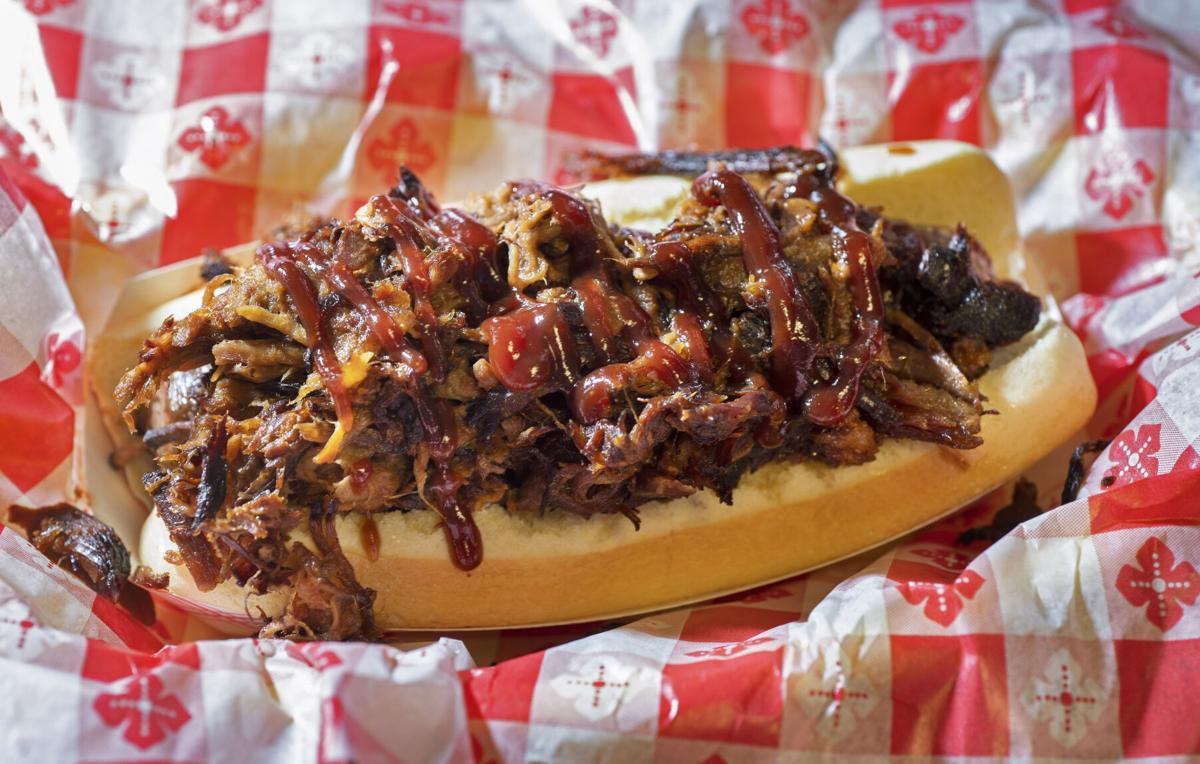 The Red Dawg at Frankie's Dawg House is a boudin link topped with pulled pork and barbecue sauce. 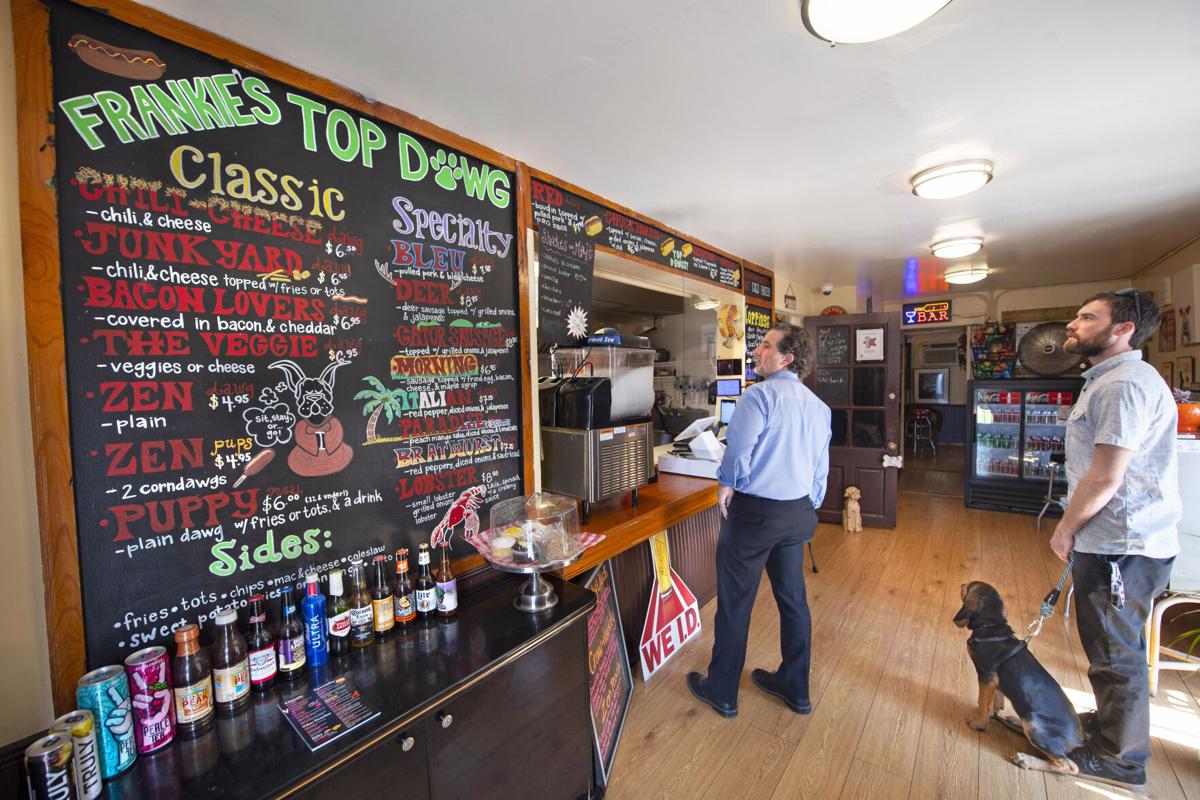 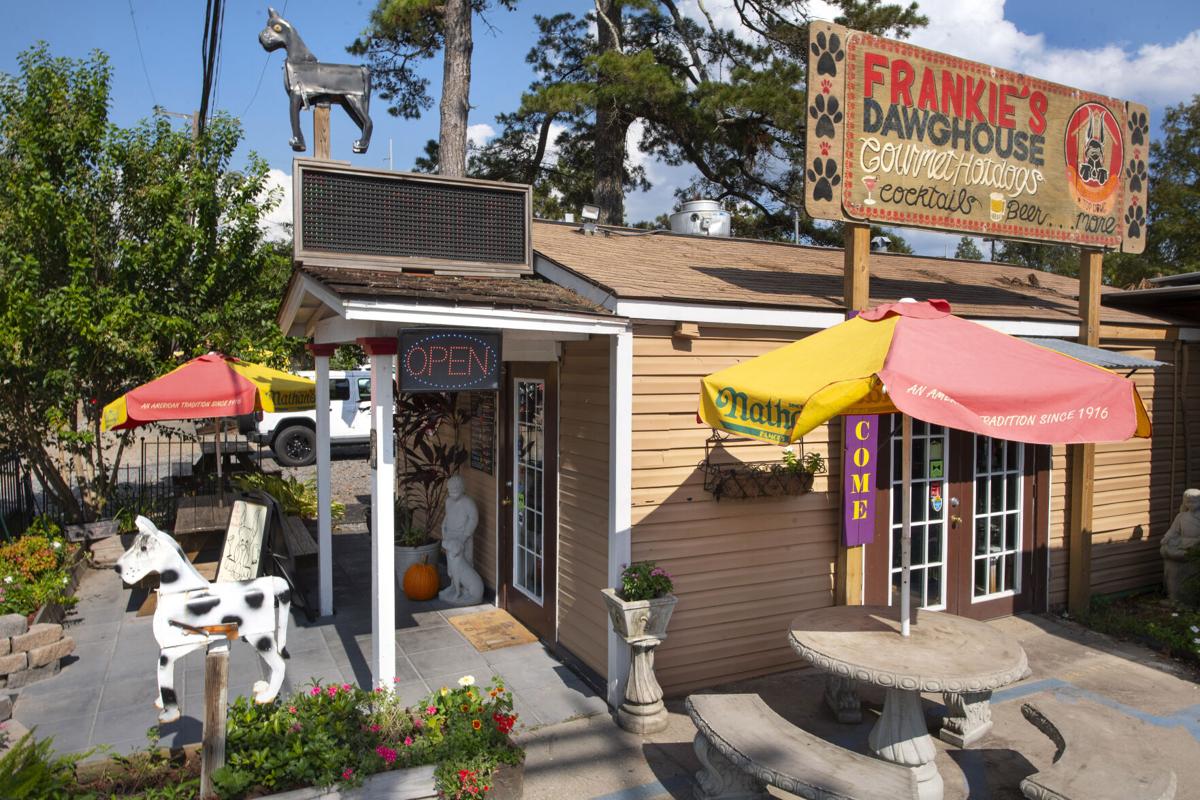 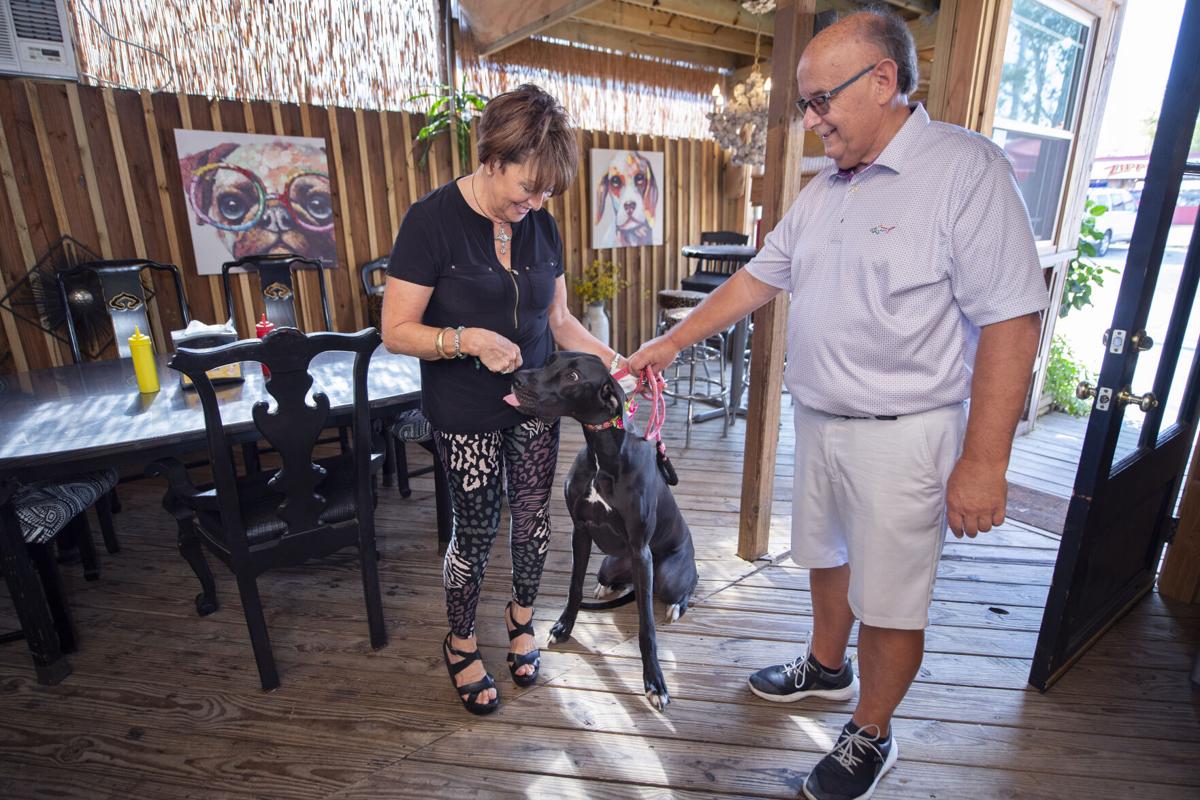 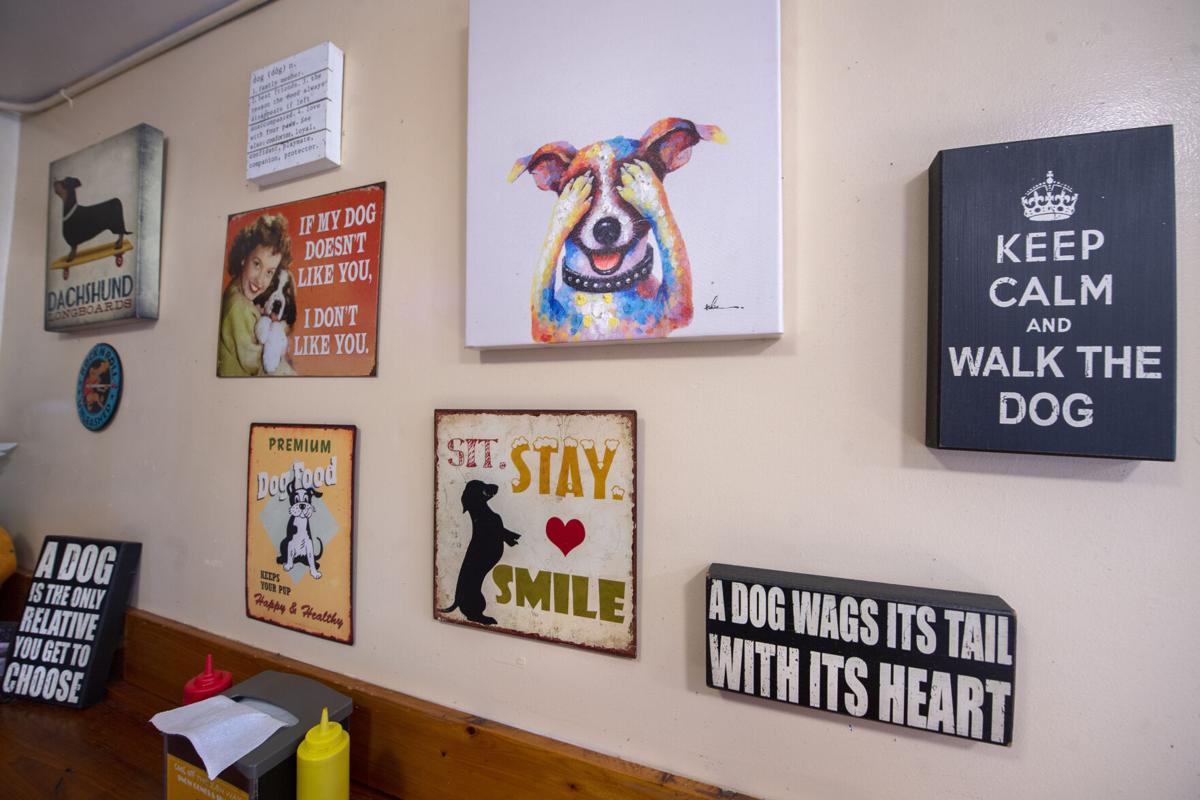 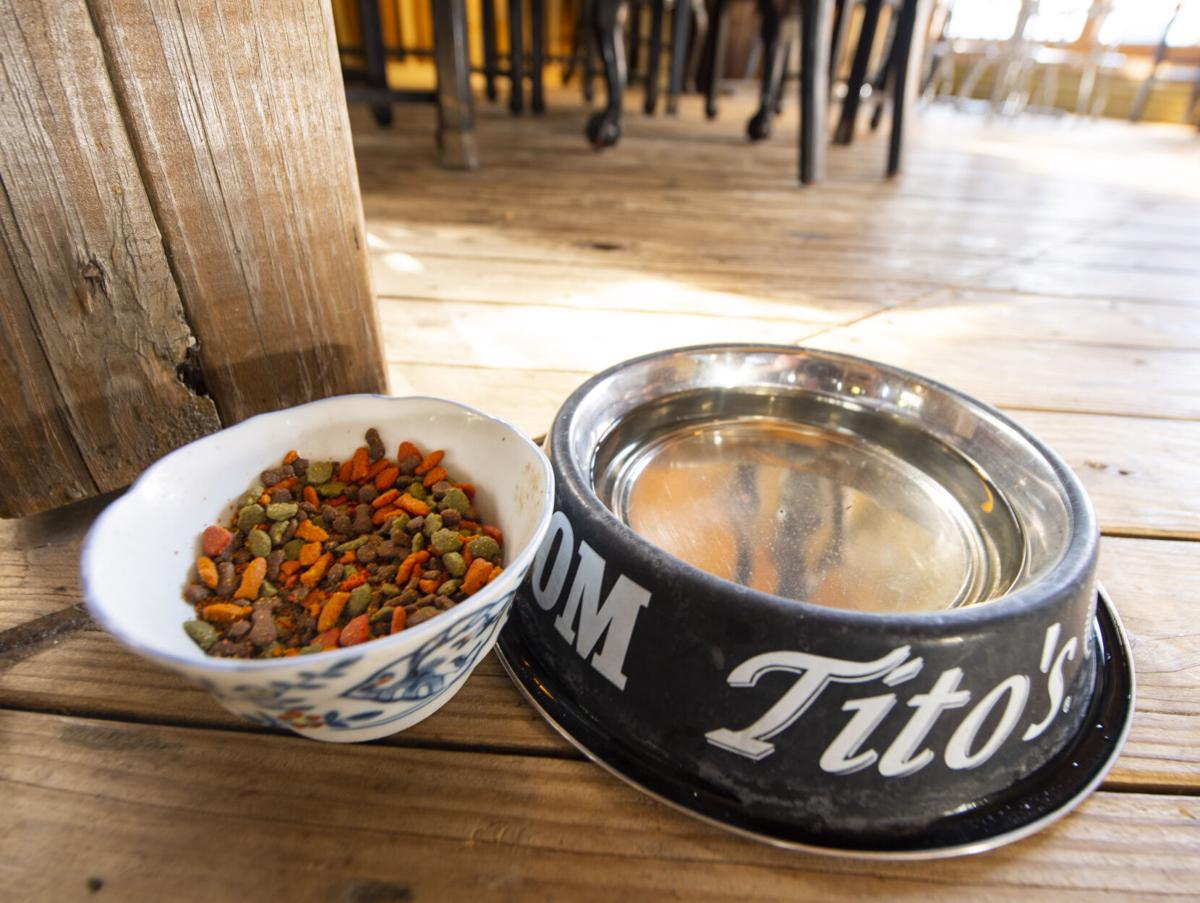 Dog dishes for water and food are set out on the dog-friendly enclosed patio at Frankie's Dawg House.

One of the specialty dogs at Frankie's Dawg House is the Chuck Norris, a quarter-pound, all-beef Nathan's hot dog with chili, nacho cheese sauce, bacon, grilled onions and jalapenos.

The Red Dawg at Frankie's Dawg House is a boudin link topped with pulled pork and barbecue sauce.

Dog dishes for water and food are set out on the dog-friendly enclosed patio at Frankie's Dawg House.

But the trip is well worth it.

That's according to TripAdvisor and Yelp, the latter of which informed owner Peggy Polito that her "dawg house" has received a five-star rating on its site.

While just off busy Perkins Road, you have to keep an eye out to find Frankie's at 2318 Cedardale Ave.

Once there, you can order the eatery's specialties — the Chicago Dawg being the customer favorite — at the front counter.

Other favorites include the Red Dawg, which tops a boudin link with pulled pork and barbecue sauce, and the Chuck Norris, a hot dog topped with chili, nacho cheese sauce, bacon, grilled onions and jalapeños.

There's also the Bacon Lovers Dawg, a quarter-pound, all-beef Nathan's hot dog with cheddar cheese and bacon, and the standard Chili-Cheese Dawg is always a favorite.

"We also have the Lobster Dawg," Polito said. "We realized that when Lent came, no one would come to Frankie's on Fridays. So, we put it on the menu. It's made with small lobster tails, spinach and grilled onions with a creamy lobster sauce."

Frankie's Dawg House was already offering some of these hot dogs when Polito turned it into a dine-in restaurant in 2015. Before that, different owners ran it as a walk-up hot dog stand.

Polito, with the help of Poulsen, expanded its menu as well as its square footage, a necessity to get a liquor license.

"We're not a full bar," Polito said. "But the point is, we're here with a drink when you want a drink."

Polito said she wanted Frankie's Dawg House to be a place where customers could feel at home. So, she decorated the walls with a mix of LSU and New Orleans Saints memorabilia, Louisiana-themed decor and a variety of dog-themed artwork.

"I wanted you to come in, be relaxed, be comfortable, you know, that kind of thing," Polito said. "You can hang out, and you can do a little bit with your computer."

Polito said she and her staff are always on the lookout for new menu ideas, including items that aren't hot dogs, such as the Zen Cheese grilled cheese sandwich, the Boudin Melt sandwich and the Spicy BBQ Melt sandwich.

And some are specialty hot dogs, including the Mighty Duck, made with duck sausage; the Gator Sausage and the Paradise Dog, a hot dog topped with mango salsa, diced onions and tomatoes.

"We also have a Mac and Cheese, where we put mac and cheese on top of bacon on the hot dog," Polito said. "When we come up with something new, we have all the workers test it out, then we put names for it in a hat and have a drawing. If we like the name, we keep it."

Frankie's Dawg House sources all of its ingredients locally, stocking up just enough supplies to last a week.

"Everything should be gone by the end of the week," Polito said. "We always want to start fresh at the beginning of the week."

Dogs, as in the four-legged kind, are also welcome at Frankie's, where they can get their own hot dog.

"We give them franks that are cut up or treats," Polito said. "But dogs are definitely welcome, and we even let them pick out their own toys. We've even held dog birthday parties."

Frankie's Dawg House is Polito's first experience in the restaurant business. She previously worked in alternative medicine, establishing businesses in Baltimore, the Carolinas and Dallas, where she met Poulsen.

But Baton Rouge has always been her hometown, and she returned when her daughter graduated from LSU.

"We've had our challenges," Polito said. "But we never closed, not even during COVID. We kept our staff and paid them, and we asked people to place orders, then we brought them out to their cars."