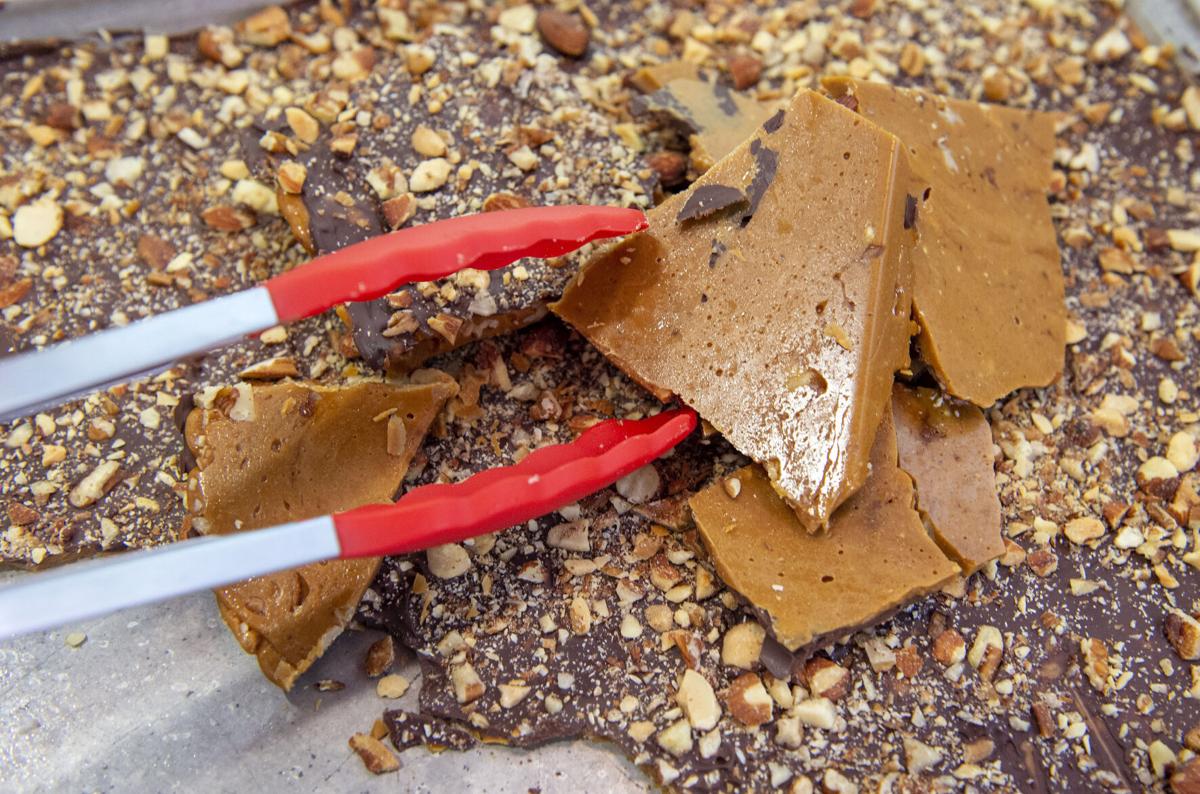 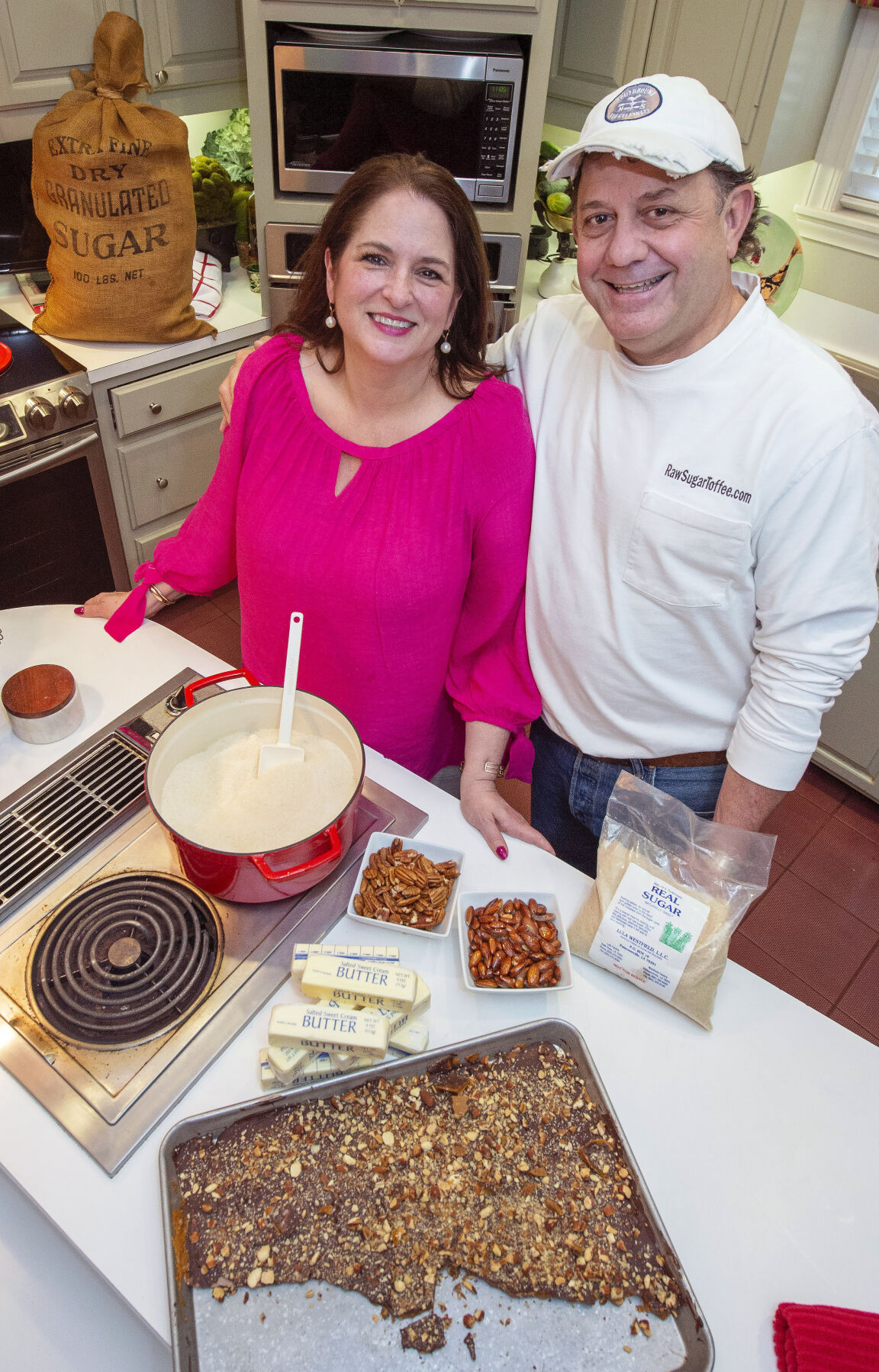 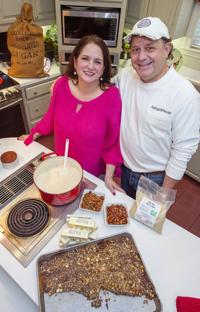 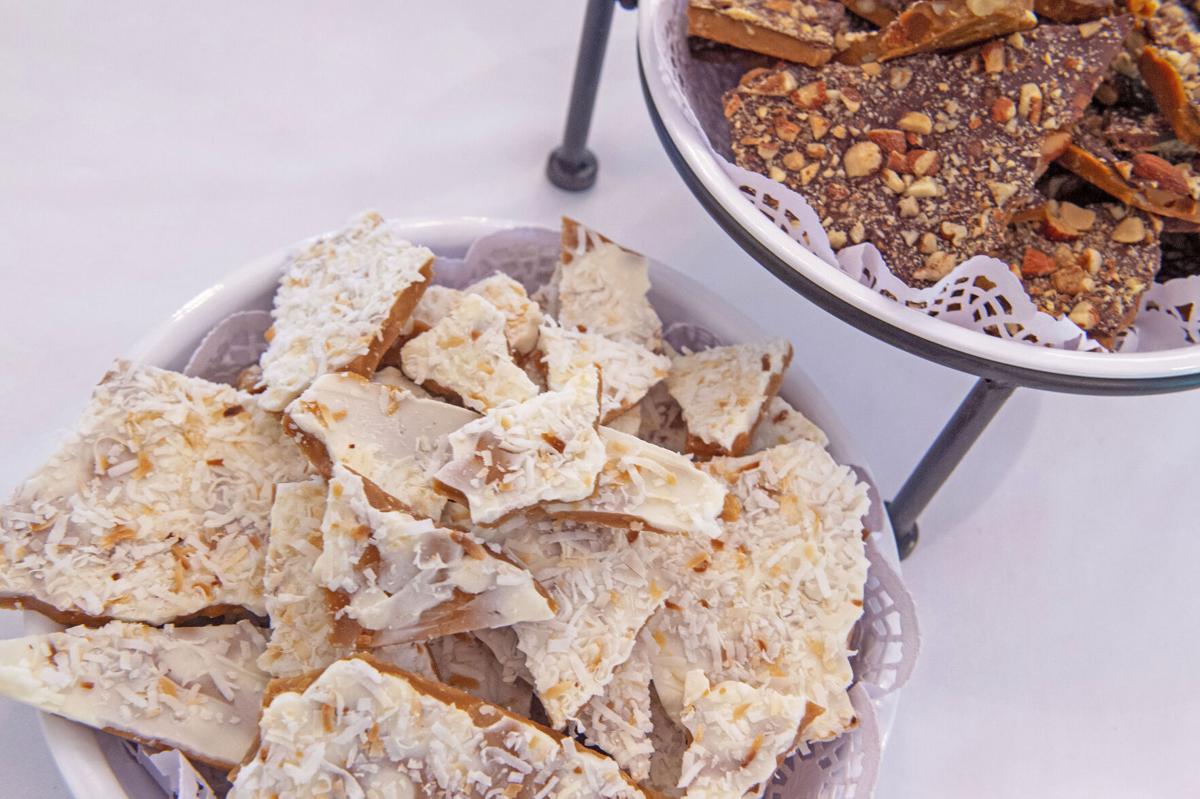 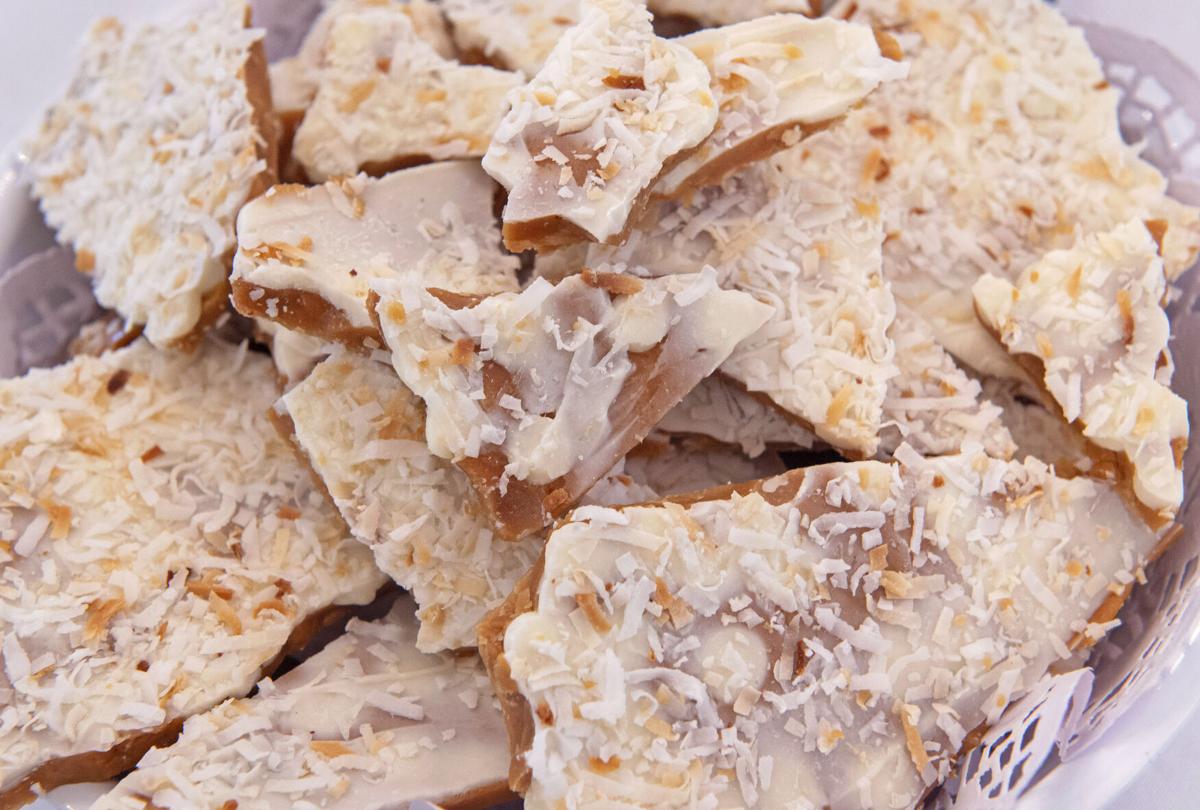 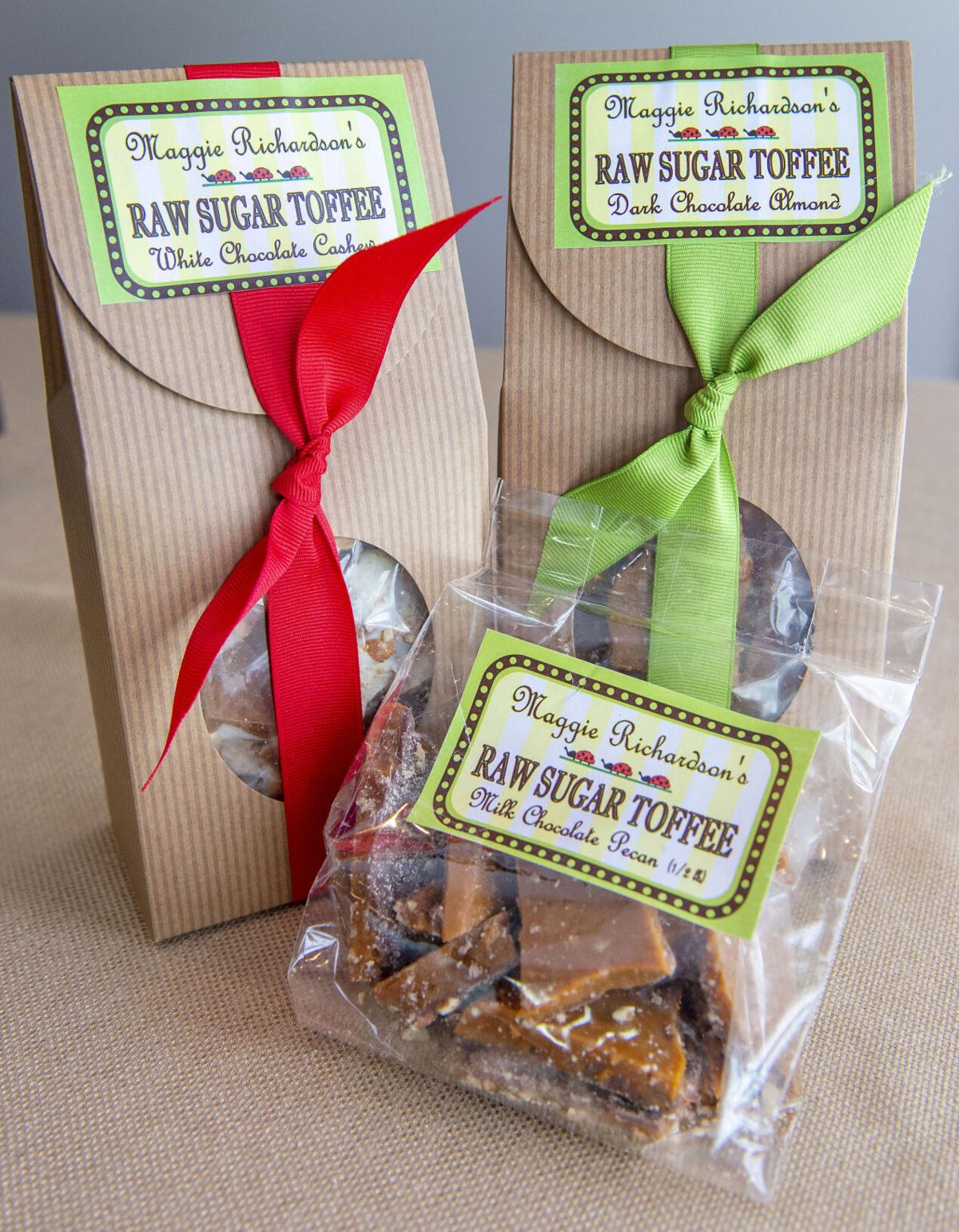 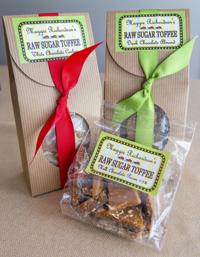 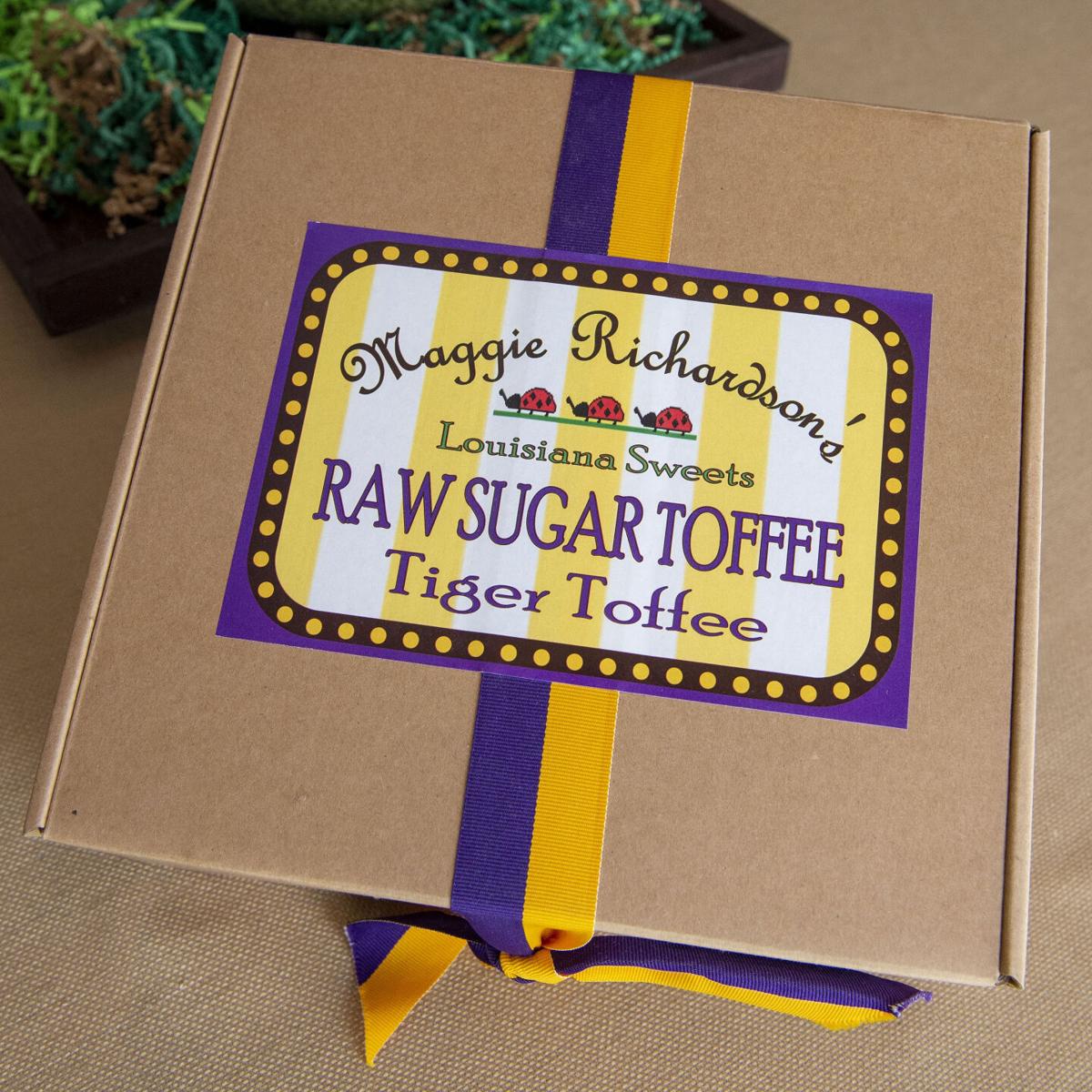 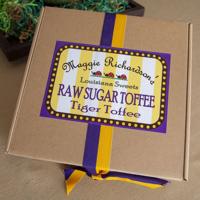 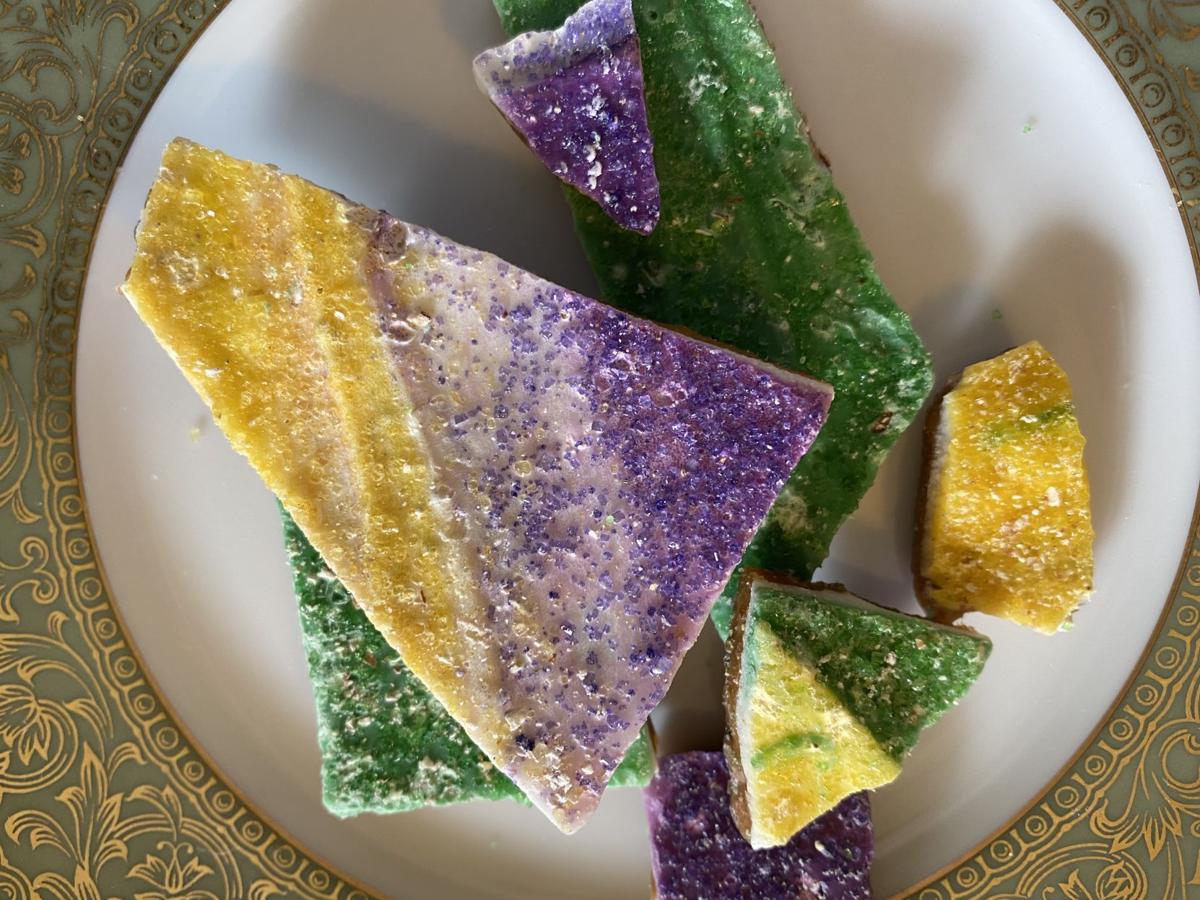 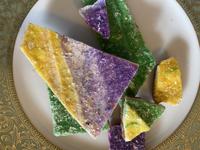 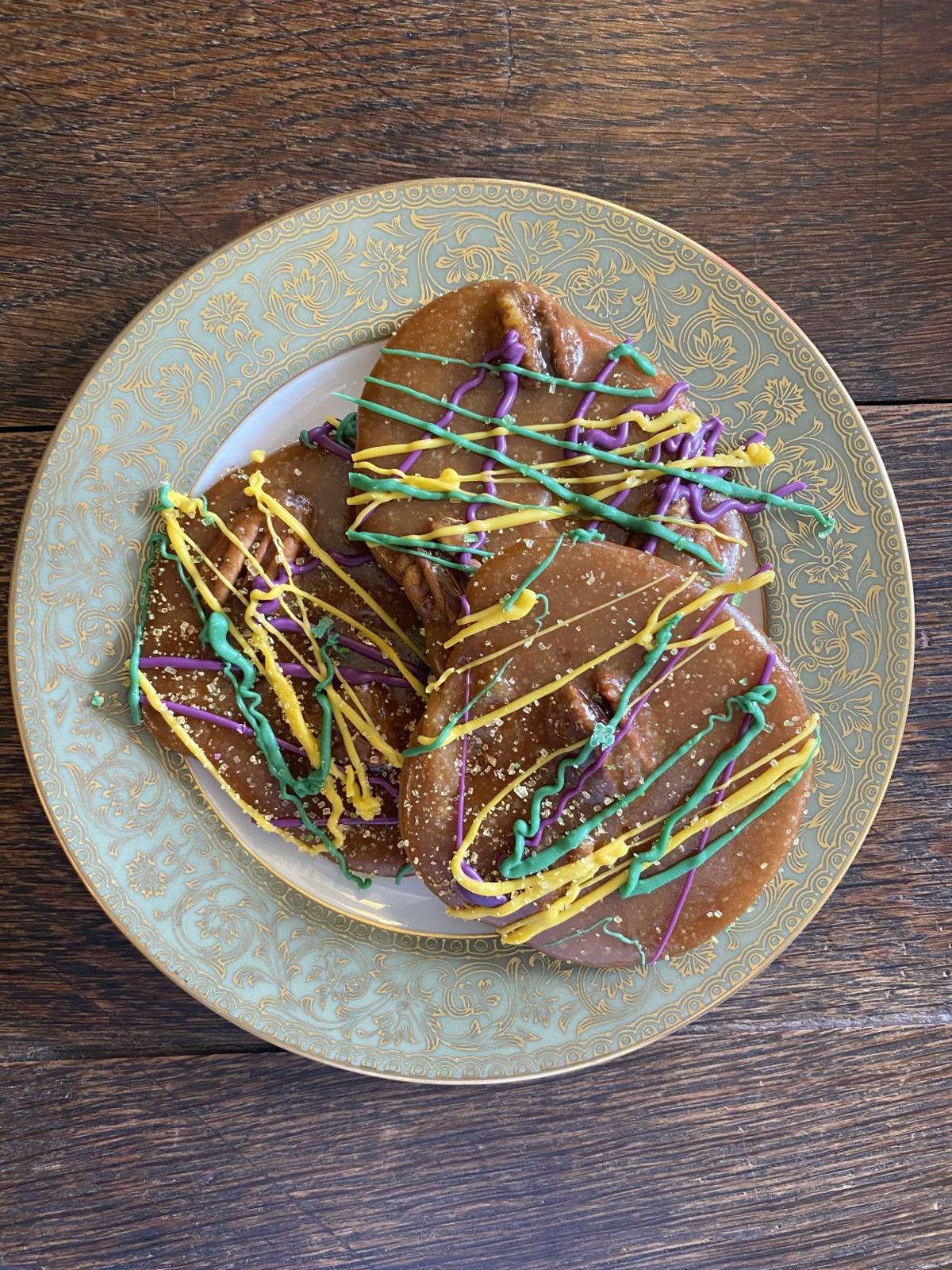 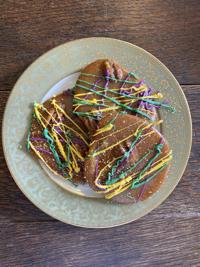 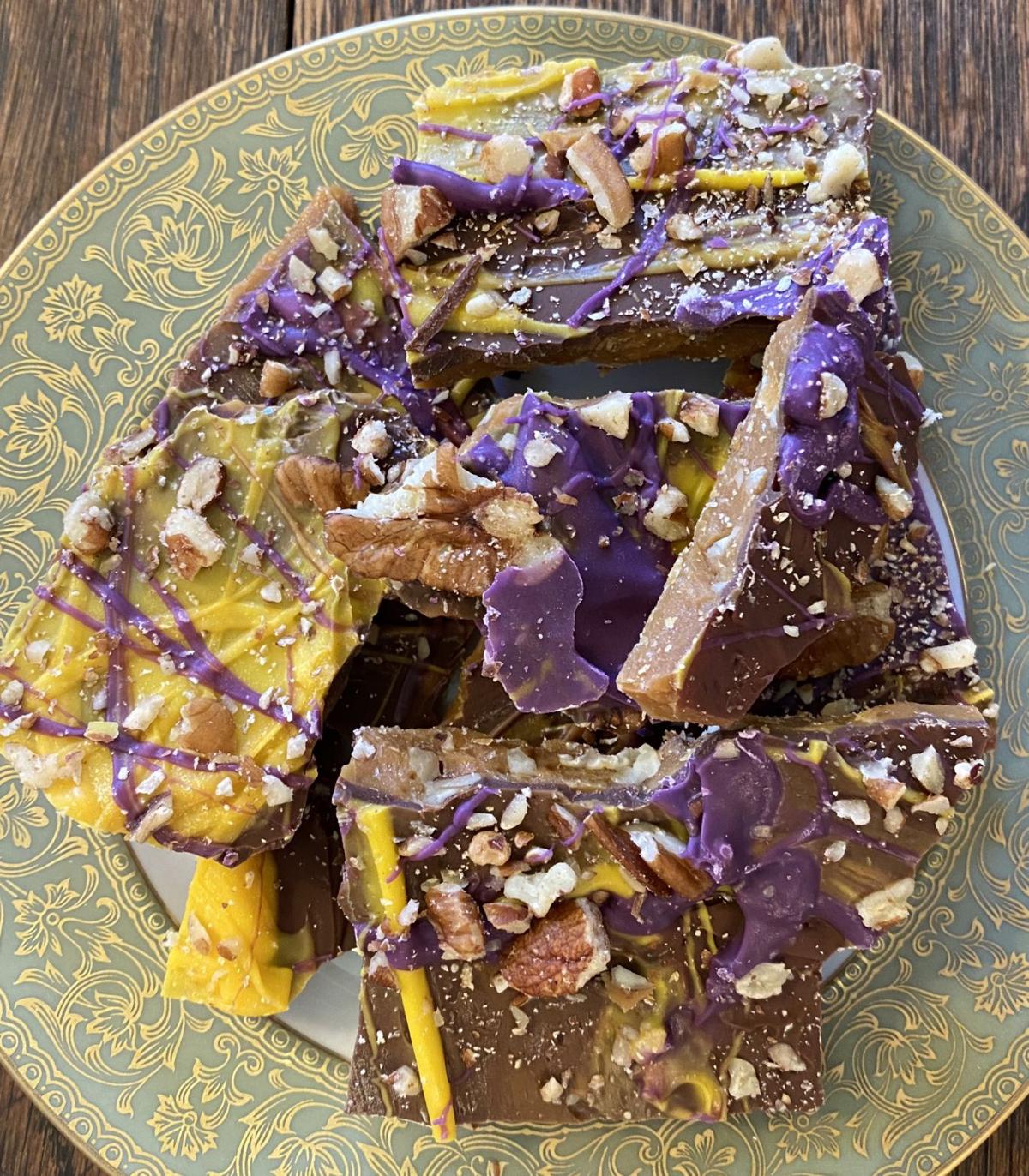 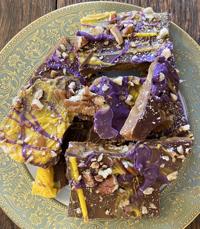 Lynn Savoie was known for her toffee, pecan pie muffins and heavenly hash. As the demand for her sweets grew beyond family and friends, the couple turned it into its business, what eventually became Raw Sugar Toffee.

The toffee is named after its main ingredient, freshly ground raw sugar from Lula Westfield Sugar Mill in Assumption Parish, which is owned by Lewis Savoie's family.

"It has a molasses taste to it," he said. "It's darker and richer than refined sugar."

Today, the couple sends three flavors of toffee — dark, milk and white chocolate — throughout the world through their website, rawsugartoffee.com.

The Savoies, married 27 years, have spent the past 15 years in Clinton, but they started making toffee and turned it into a business while living in Baton Rouge. It was part of an enterprise they called Maggie Richardson's Louisiana Sweets, named for their daughter, Margaret Richardson Savoie. Initially, they also sold Lynn Savoie's pecan pie muffins and heavenly hash.

But the toffee demand was growing, and it wasn't long before the Savoies focused solely on the candy, and the name became Raw Sugar Toffee.

"And that really moved the focus of the company," Lynn Savoie said. "We'll do the other things like the pecan pie muffins seasonally, but they use the raw sugar."

Sno-balls are a warm weather tradition in Louisiana, and it seems no one is going to let a pandemic keep them from eating their favorite straw…

The Savoies started out bringing home 10, 10-pound bags of sugar from the mill. Now they work with four 200-pound barrels at a time to meet their demand.

"I remember when we started, I had four tin pans that I would use to make the toffee," Lynn Savoie said. "Now I'm rotating 40 pans."

Lynn Savoie, who still works full time at Franciscan Missionaries of Our Lady University, created her own recipes through experimentation.

The Savoies tried selling at outdoor markets but quickly realized that chocolate and the Louisiana heat aren't a good match. They found markets in retail outlets, including Oak Alley Plantation's gift shop and Billy's Boudin & Cracklins, which sells the candy under its own label at its Krotz Springs, Scott and Opelousas locations.

Krispy Kreme reopened in Baton Rouge on Tuesday morning. And like a highly anticipated concert or festival, plenty of folks were waiting for t…

"We were kind of making everything, and when we went online (in 2015), we knew we needed to simplify," she said. "So, we picked a couple of signature things. We decided on milk chocolate pecan, dark chocolate almond and white chocolate cashew. That's all that we offered in the beginning, and we started selling some of that just by word of mouth, not as a business."

As they became established, the selection expanded.

"One Christmas, we did chocolate pistachio," Lynn Savoie said. "The green of the pistachios showed, and it was so pretty with the red."

White chocolate coconut now is offered at Easter, and Mardi Gras brings a collection of flavors.

"About two years after we opened, we started making King Cake Crunch," Lynn Savoie said. "It's toffee with pecans and cinnamon. We use white chocolate, and we sprinkle purple, green and gold sugar on it. It's packaged with little plastic babies and doubloons, and it really tastes like king cake."

The Zulu Crunch is made with coconut, dark chocolate and almonds, and the Voodoo mix is topped with leftover crumbles from other toffees.

"It's not a crumbly praline like the New Orleans sugar praline; it's a hard, crunchy toffee," said Lynn Savoie. "I even researched it to find out what it had to have to be a praline."

The company makes a purple and gold variety during LSU's football season and a Hotty Toddy toffee for friends at Lewis Savoie's alma mater, Ole Miss, where their daughter is a student.

And though they live in Clinton and make the toffee there, they still keep a place in Baton Rouge, which is especially necessary to fill orders from corporate clients at Christmas.

"We hand-cut every label for every order, and we hand-tie every ribbon," Lewis Savoie said. "Sometimes we have to hire students to help us, and they have to meet our attention to detail."