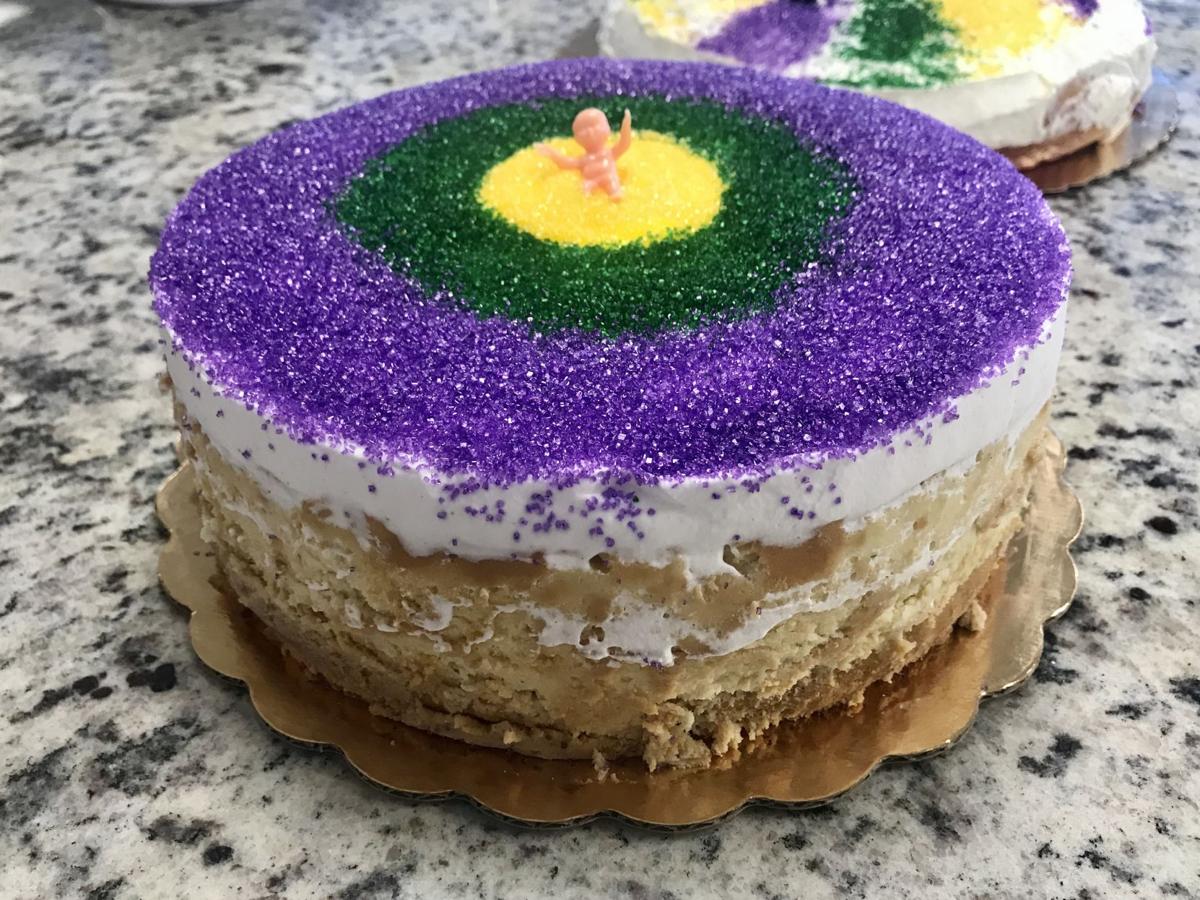 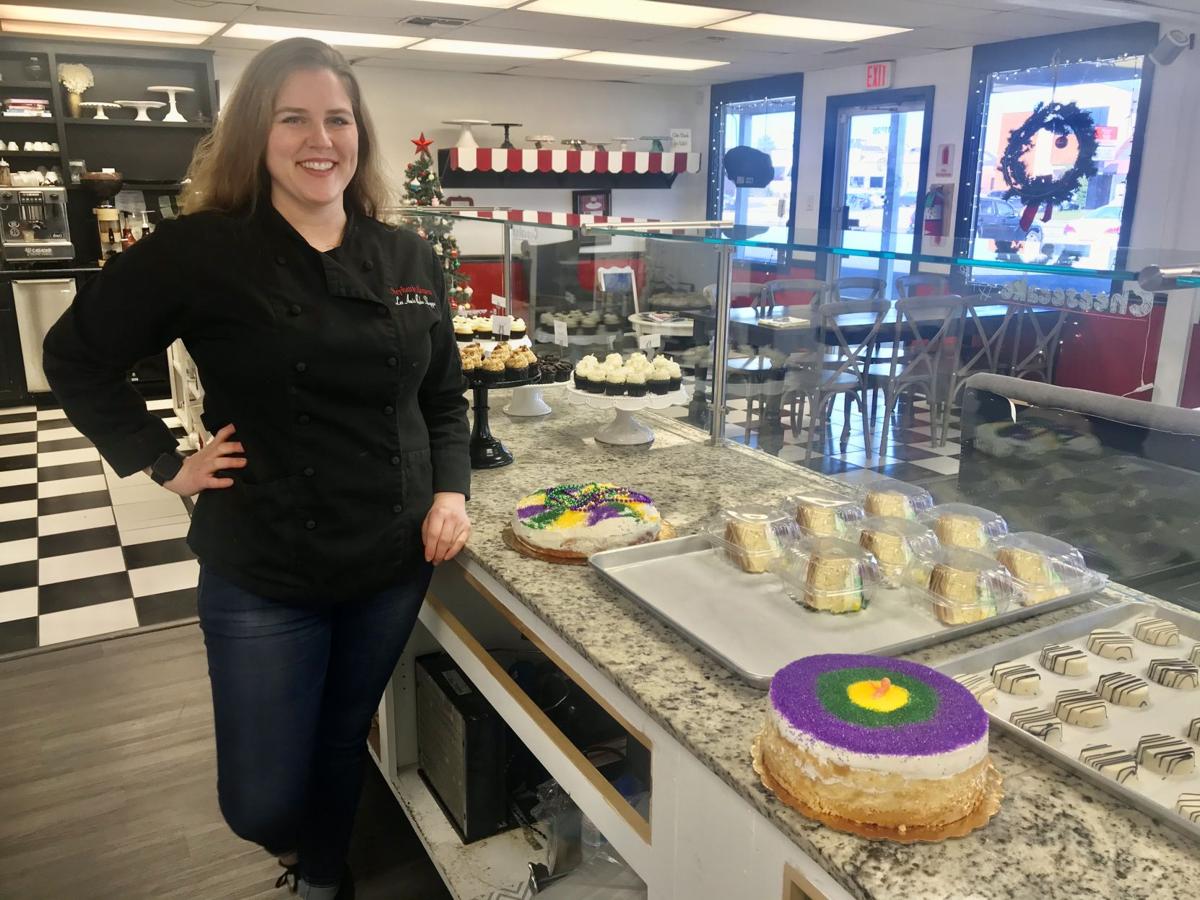 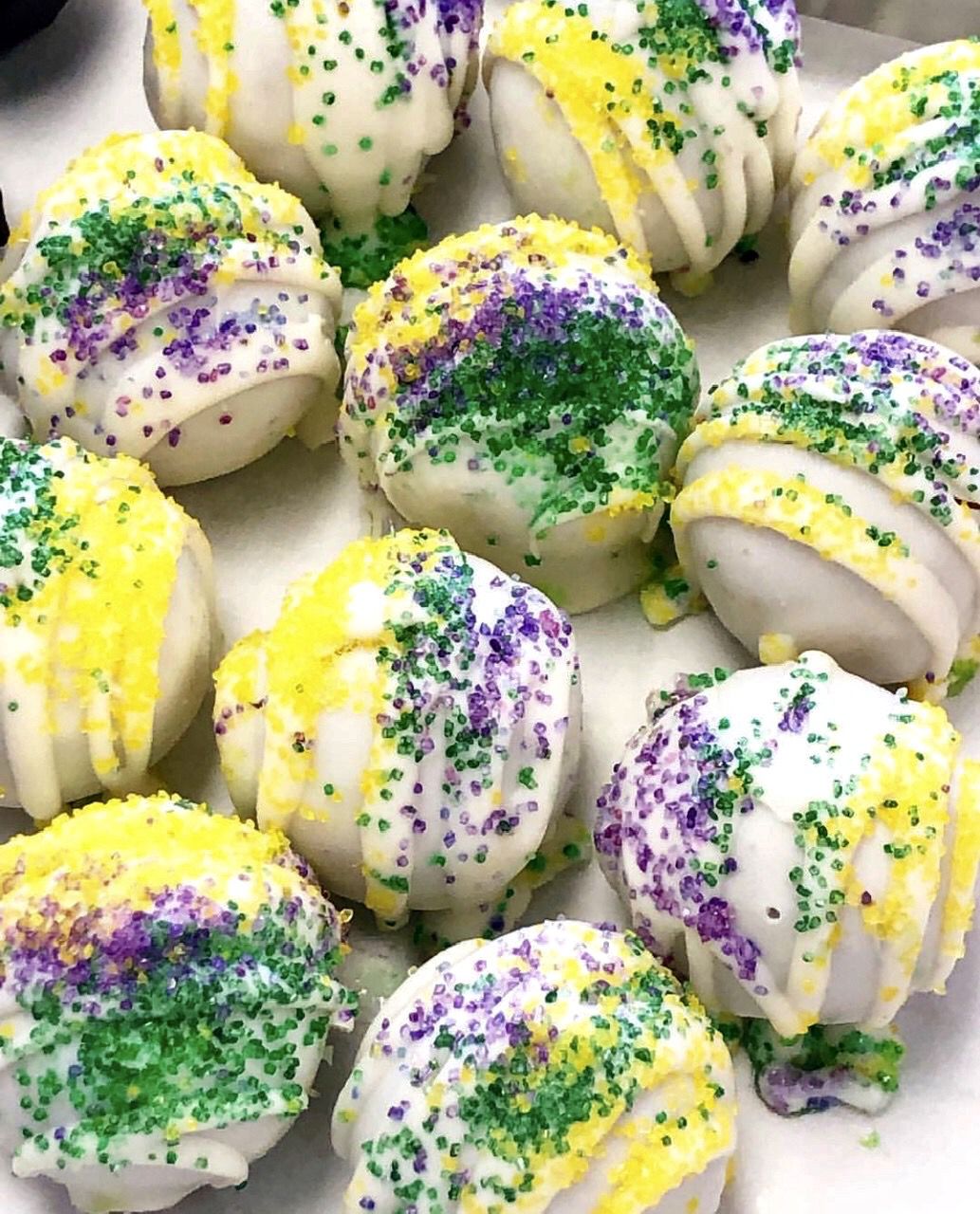 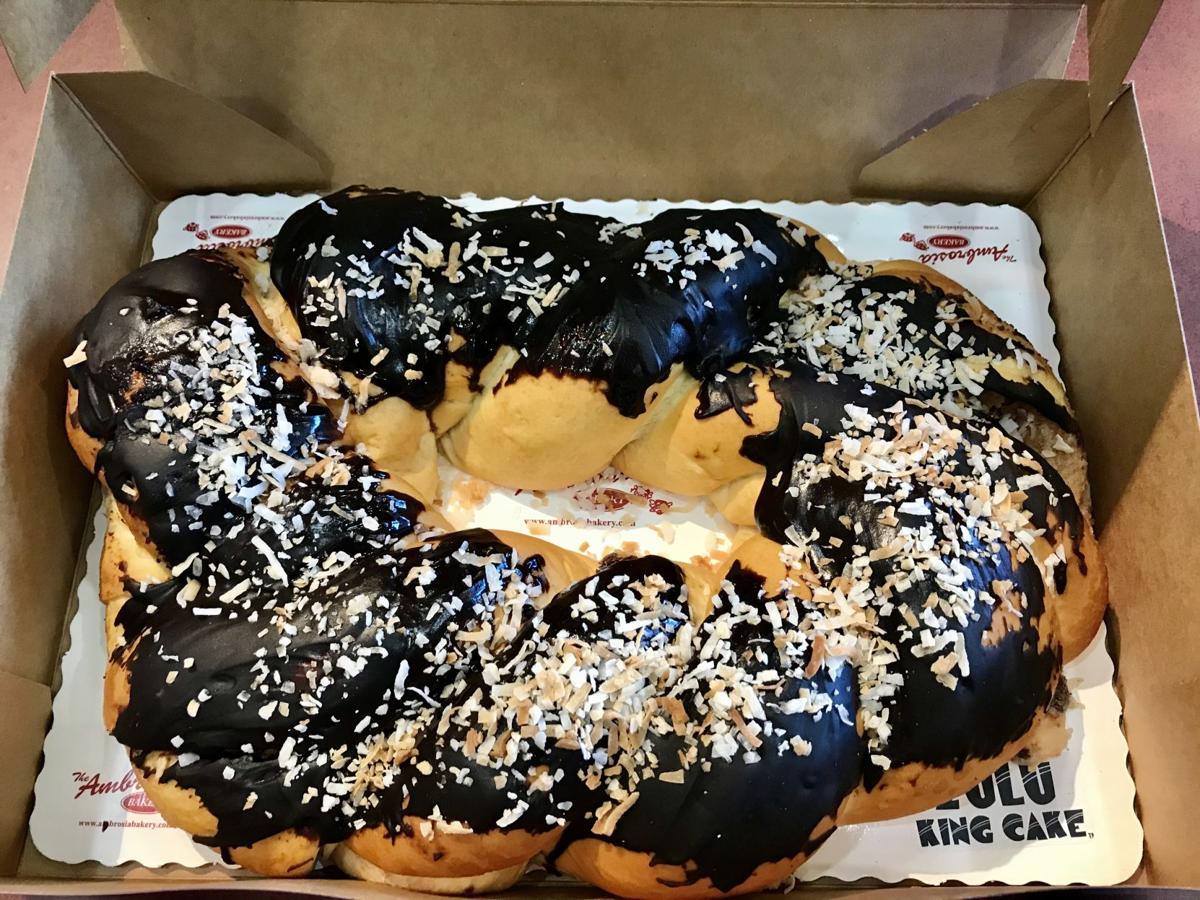 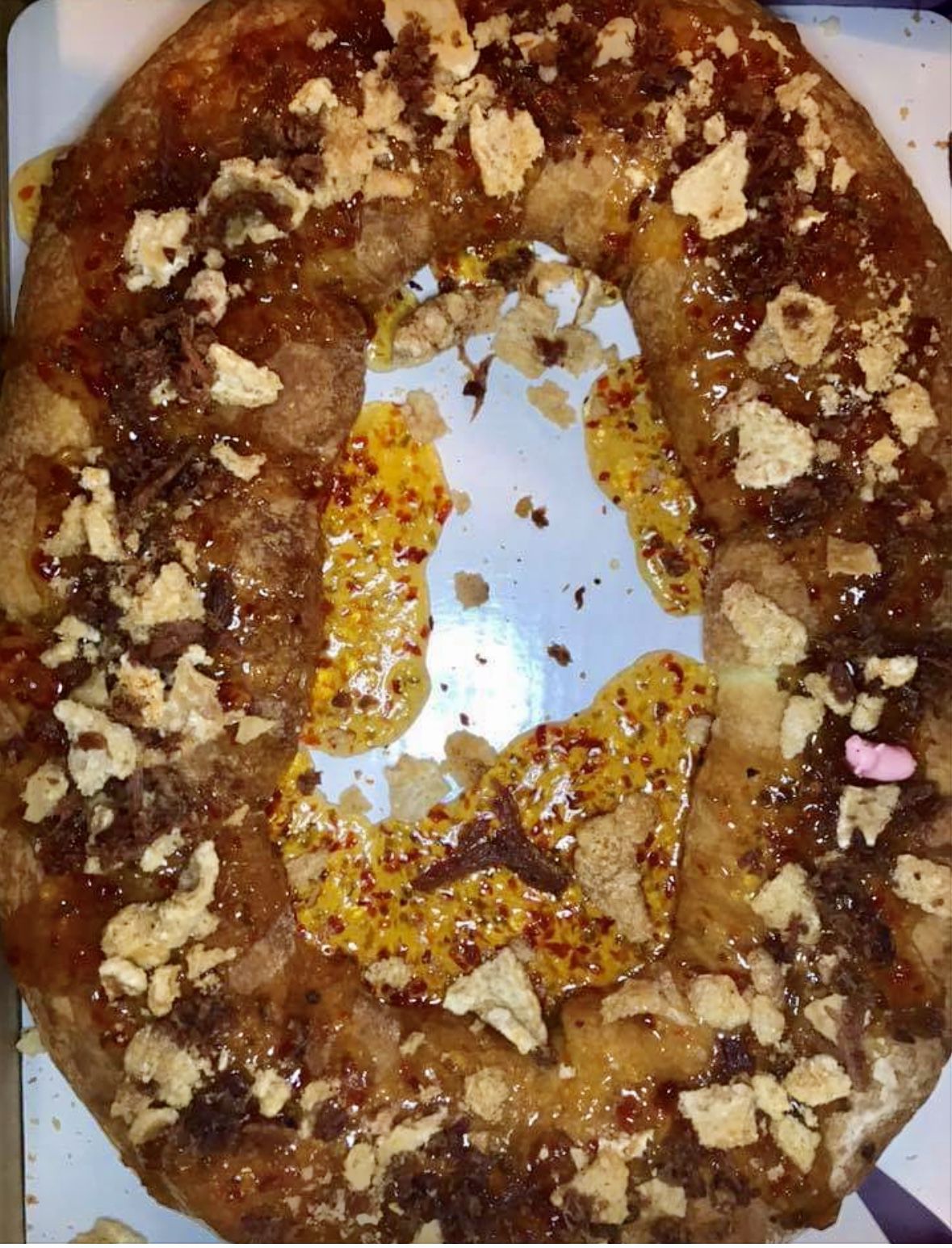 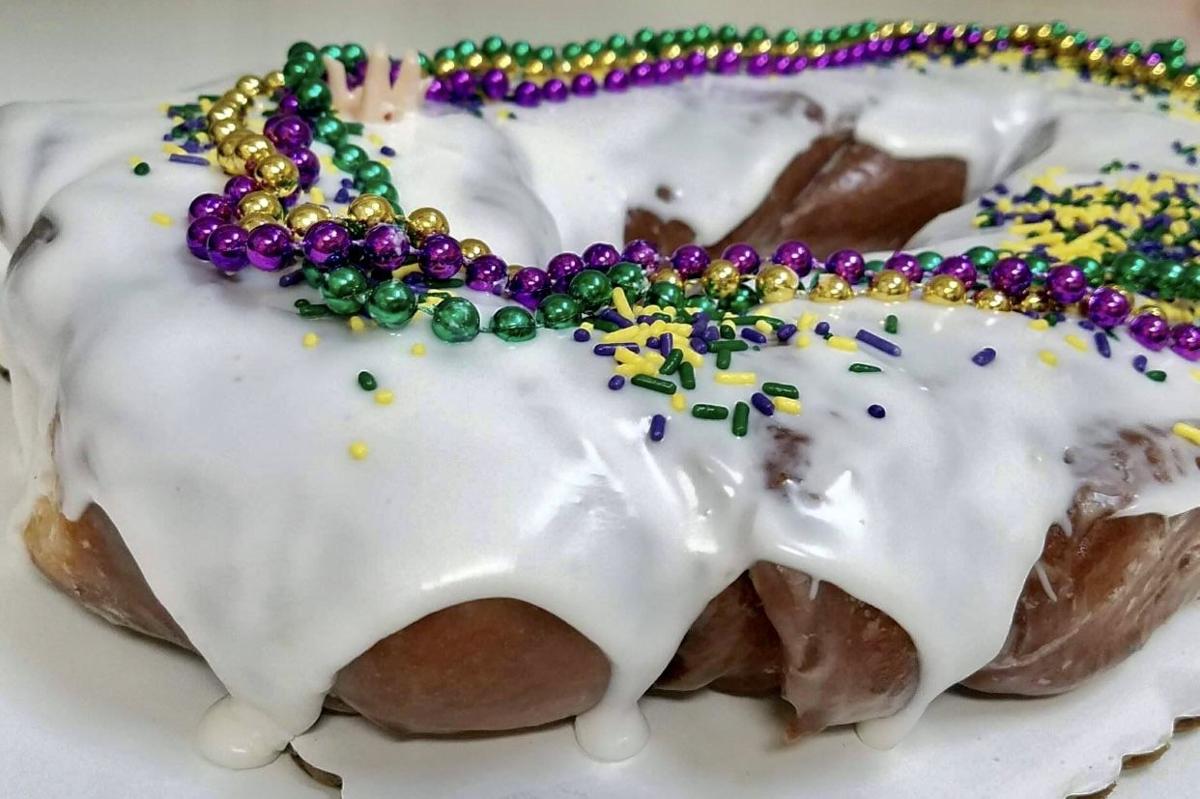 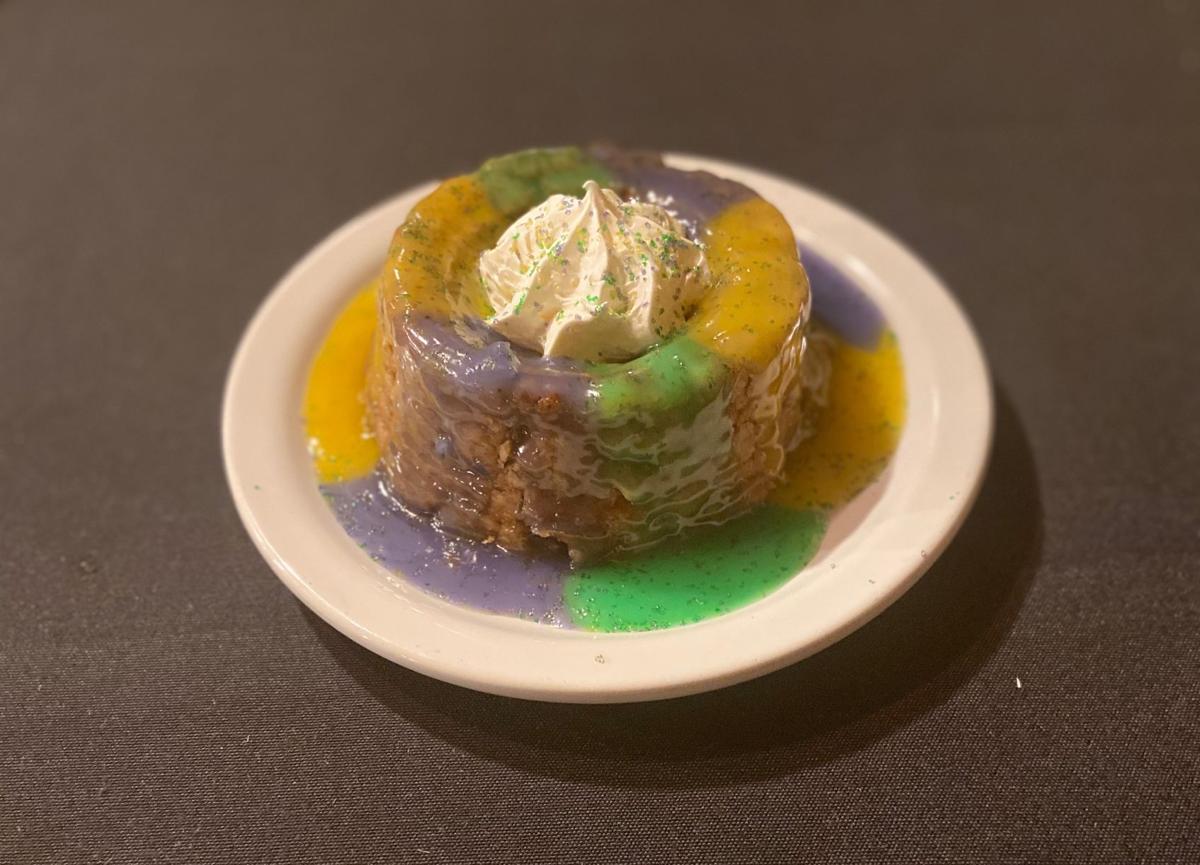 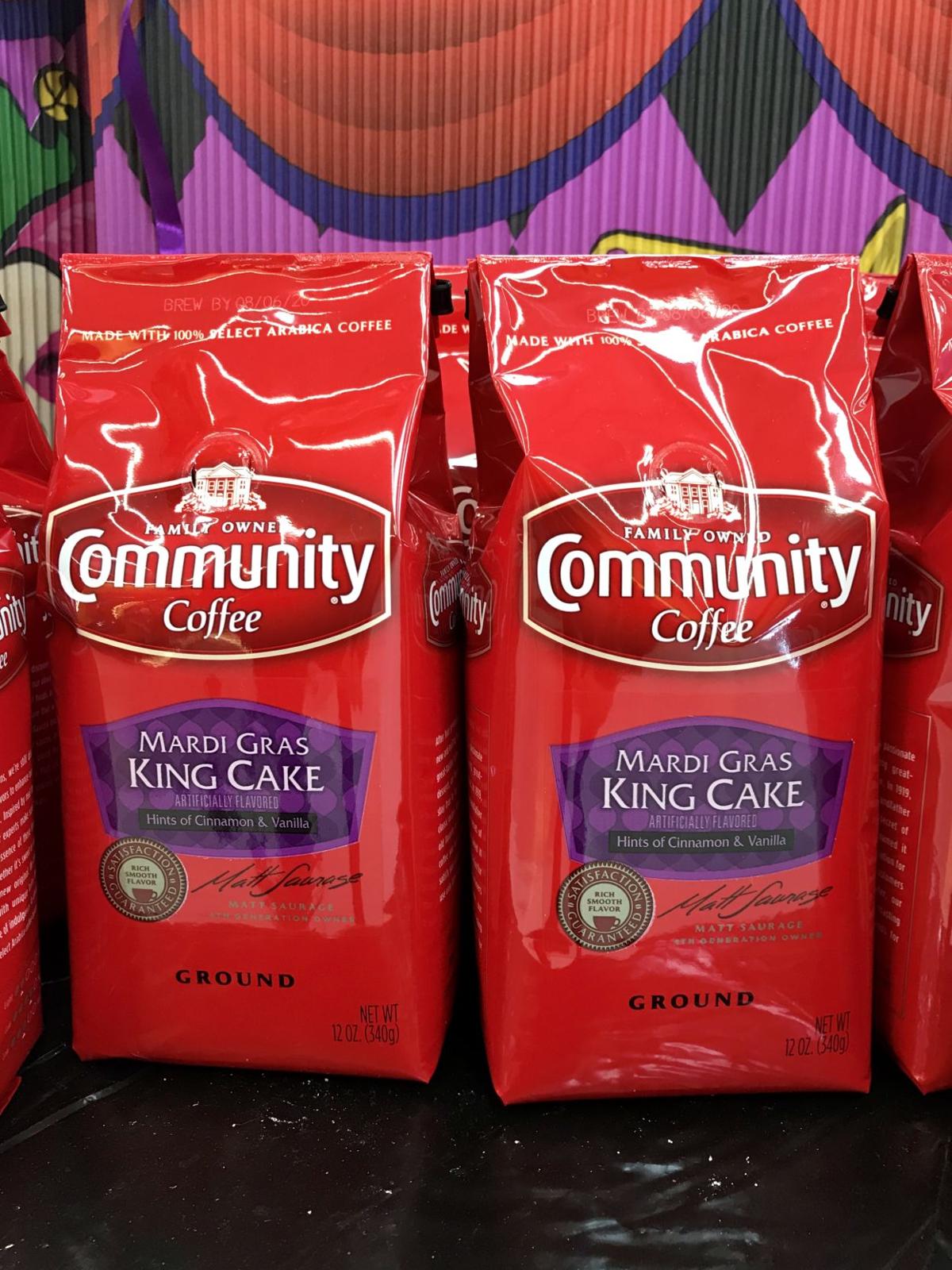 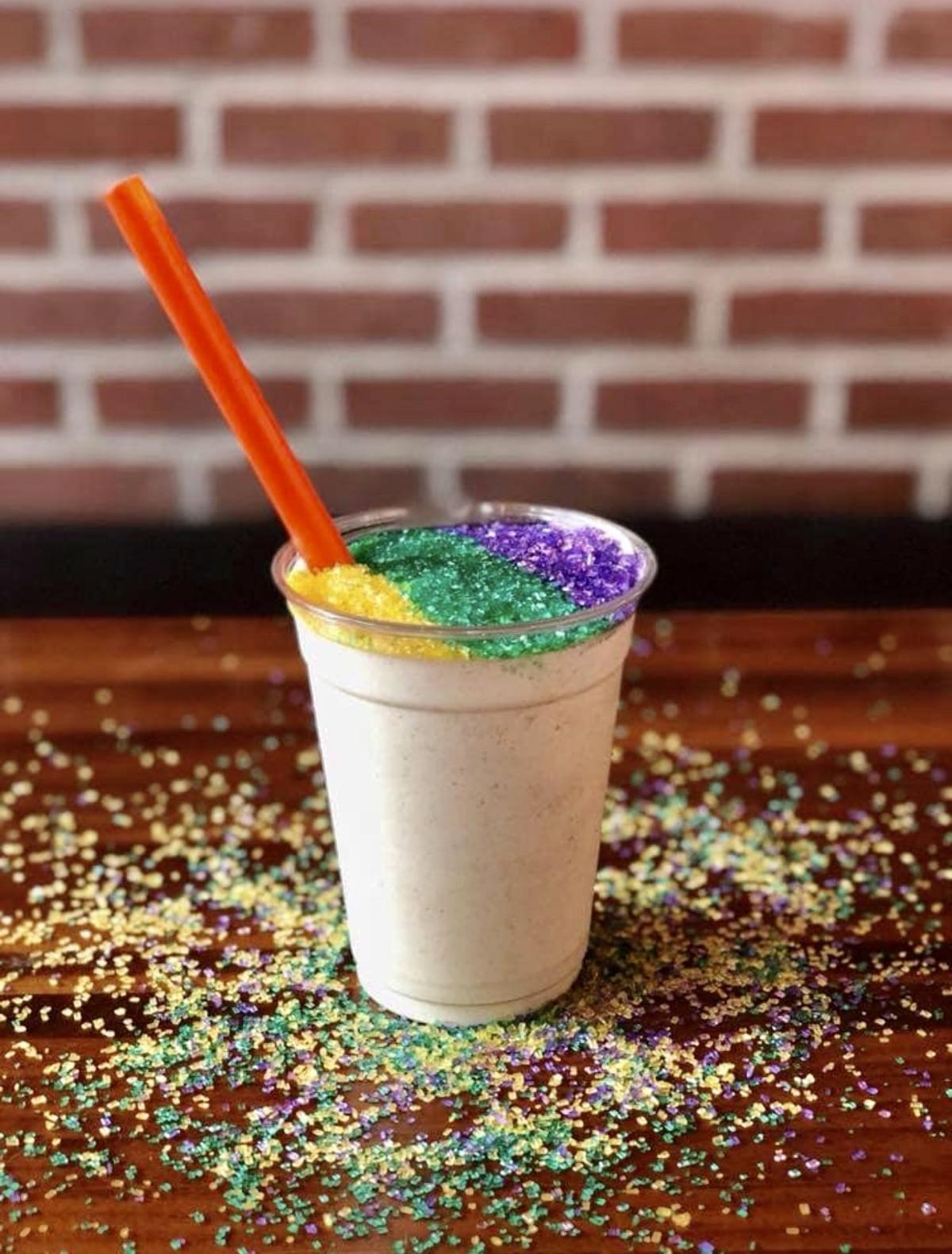 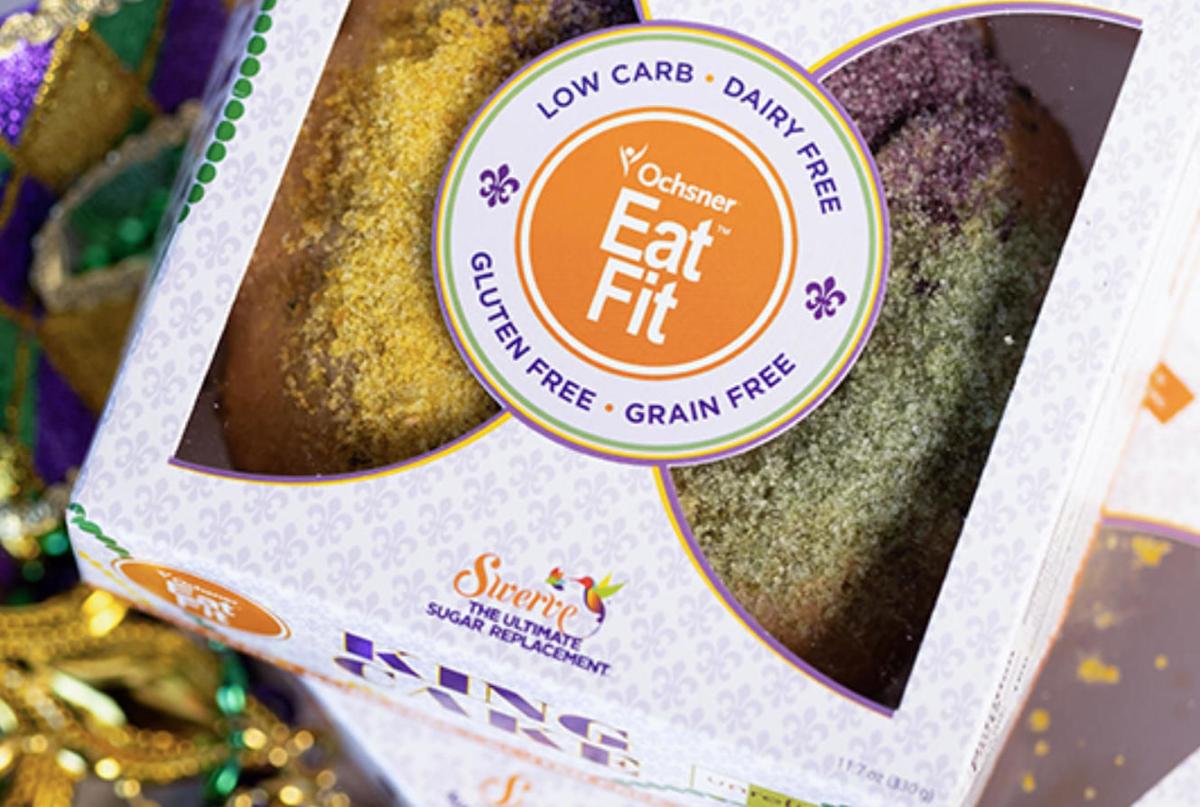 Mardi Gras is a month away, so there's still plenty of time to eat plenty of king cake.

Burned out already on the traditional flavor?

Not to worry. Lots of places in the Baton Rouge area offer alternatives while still keeping with tradition.

Here are a few:

That's the special offering at Les Amis Bake Shoppe, 11826 Coursey Blvd. The round cheesecake is topped by a generous dusting of purple, green and gold sugar.

"(We've) been making the King Cake Cheesecake for the last four or five years," said owner Stephanie Hansen. "Everyone else does king cake, and we wanted to do something different. We sell a lot of cheesecake, so we put the king cake flavor into a cheesecake."

Spiced with cinnamon, the cheesecake sits on a traditional king cake dough as the crust. One sells for $40, while a half is $25. The cake also is sold by the slice.

And though Hansen can't insert a baby during the cheesecake-making process, she knows no king cake would be complete without it.

"We put the baby on top as decoration," she said. "We also make the traditional king cake, and we put the baby inside those. We get a decent amount of orders for them. But we sell more of the cheesecake."

Also on the menu are King Cake Balls and Mardi Gras-themed macaroons.

King cakes don't always have to be sprinkled with purple, green and gold sugar. The Ambrosia Bakery's Zulu King Cake is topped with chocolate.

The bakery, 8546 Siegen Lane, has been making this king cake for the past 25 years and has even trademarked it.

"We're the only bakery anywhere that makes the Zulu King Cake," said manager Allison Hawkins. "It's one of Ambrosia's most popular cakes."

The cake commemorates the Zulu Social Aid & Pleasure Club's parade, which has been rolling through the French Quarter since 1917. The parade's most coveted throws are decorated coconuts.

So Ambrosia incorporates coconut into the Zulu King Cake's chocolate core and sprinkles it on top of the chocolate icing. Inside there's cream cheese, chocolate chips and cinnamon.

The bakery employs a night crew during Mardi Gras season to keep up with the demand.

"We make hundreds of Zulu King Cakes during Mardi Gras season," Hawkins said. "The overnight crew started working on Jan. 6, which is when king cake season officially opened with 12th night, King's Day. They started off making 100 to 150 Zulu King Cakes a day in the first week. Some days they'll make 300-plus."

And, yes, it comes with a baby.

The bakery also makes traditional king cakes daily with a variety of fillings. For more information, call (225) 767-4048 or visit ambrosiabakery.com.

For those who aren't in the mood for sweet, City Pork Brasserie & Bar, 7327 Jefferson Highway, is offering its Boudin King Cake.

"This is the third year we've made the Boudin King Cake," said general manager Scott Gautreaux. "The cake is made from the standard king cake dough and stuffed with boudin that is made in-house. It also includes pepper jelly, and it's topped with cracklins and City Pork bacon."

This king cake comes in one size and sells for $24.

"It's larger than the standard king cake," Gautreaux said. "We make the Boudin King Cakes every day, and they're available for walk-in purchases. But it's better if you pre-order."

City Pork sold about a dozen cakes the first day they were offered.

"They've blown up on social media, so getting lots of calls," Gautreaux said. "It takes about an hour to make, and they're ready to eat for the customer. They can also be ordered throughout the rest of the year."

The Boudin King Cake also is available at the City Pork location at 2921 Government St. and in the Design Building at LSU.

Of course, a doughnut shop would deep fry a king cake.

"Everything we do is deep-fried," said Kara Castille, who, with husband Robert, owns Thee Heavenly Bakery, 5830 S. Sherwood Forest Blvd.

"We have a baby and beads in the middle, and everything is made in-house," said Kara Castille, adding the fried cake also is offered at its 17732 Highland Road location.

And you also can get your fix of Fried King Cake, along with a large selection of the shop's other specialties, at the LSU Student Union, Middleton Library, the Law School, the LSU School of Veterinary Medicine and City Pork's location in the Design Building.

"We've been doing this 1½ years now, and we supply the Fried King Cakes to students in small sizes and by the slice during Mardi Gras season," Kara Castille said.

"Our King Cake Bread Pudding is our most popular dessert," said manager Elise Carney. "People start asking in November when we're going to start serving it, but we don't start offering it until New Year's, and it stays on the menu until after Mardi Gras."

And that's not all

Community Coffee is selling its Mardi Gras King Cake blend, which has hints of cinnamon and vanilla. Visit communitycoffee.com.

Finally, while we agree it just doesn't seem right, Ochsner of Baton Rouge has come up with Eat Fit King Cake. It's gluten-free, grain-free, low carb, sugar-free, dairy-free and all natural. The cake is made from almond flour and coconut flour and sweetened with locally made, plant-based sweetener Swerve. It can be found in Roberts Fresh Market, Alexander's Market on Highland Road, Whole Foods Market and Good Eats Kitchen. Oschner promises: "If you didn’t know it was so nutritious, you would have no idea. Because we used almond and coconut flour, the appearance and texture is like a regular white king cake — not grainy, like a whole wheat version. And it’s also incredibly moist, almost like pound cake meets king cake." A one-eighth serving rings up at 160 calories with 14 grams of fat and zero sugar. Visit ochsner.org/eat-fit/regions-restaurants/eat-fit-king-cake.

WASHINGTON — The U.S. Senate spent hours this week locked in a divisive impeachment trial of President Donald Trump that has bitterly pitted D…