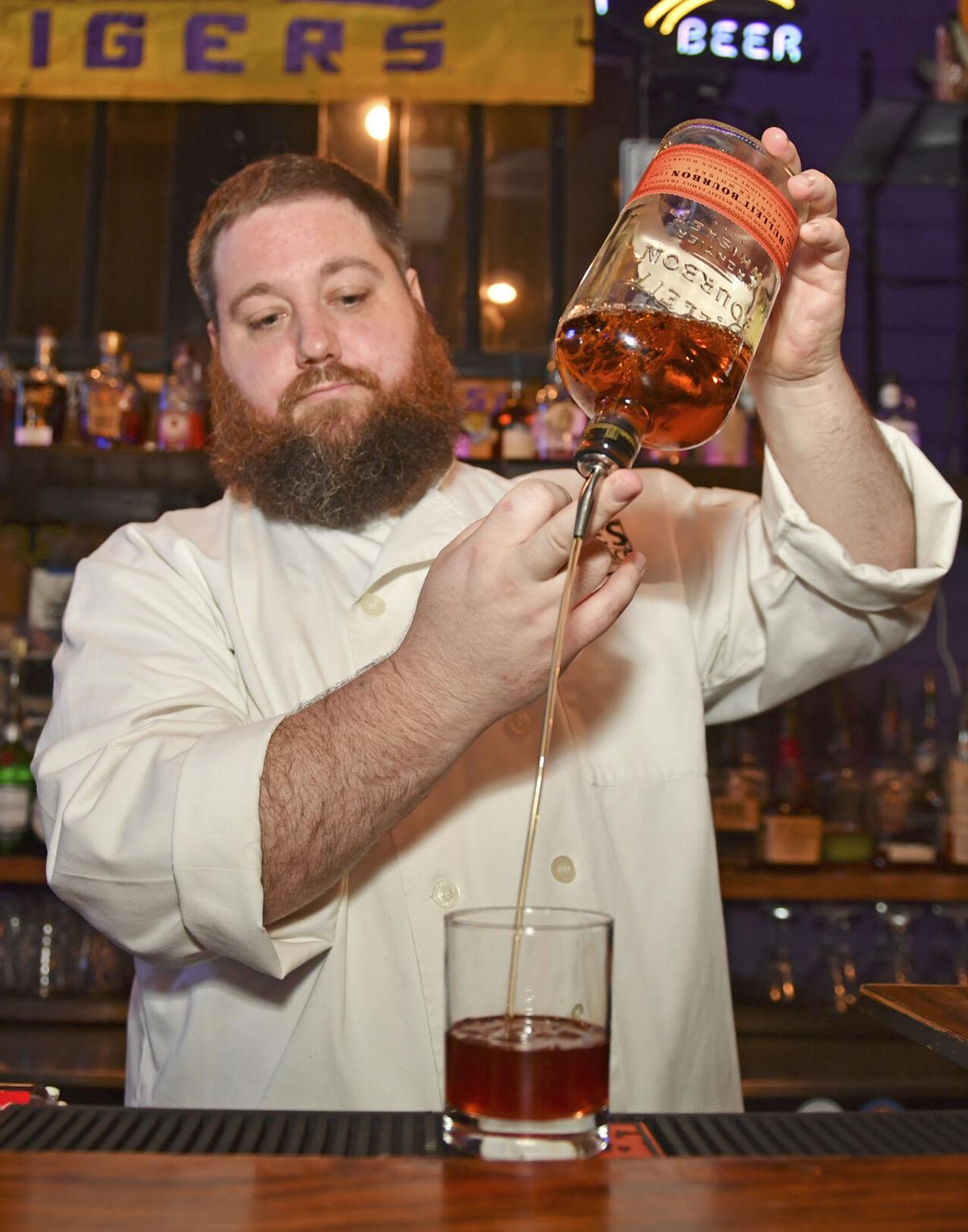 George Krause, executive chef at Doe's Eat Place, got his start at the restaurant behind the bar whipping up craft cocktails, like a bacon-infused single malt old fashioned. 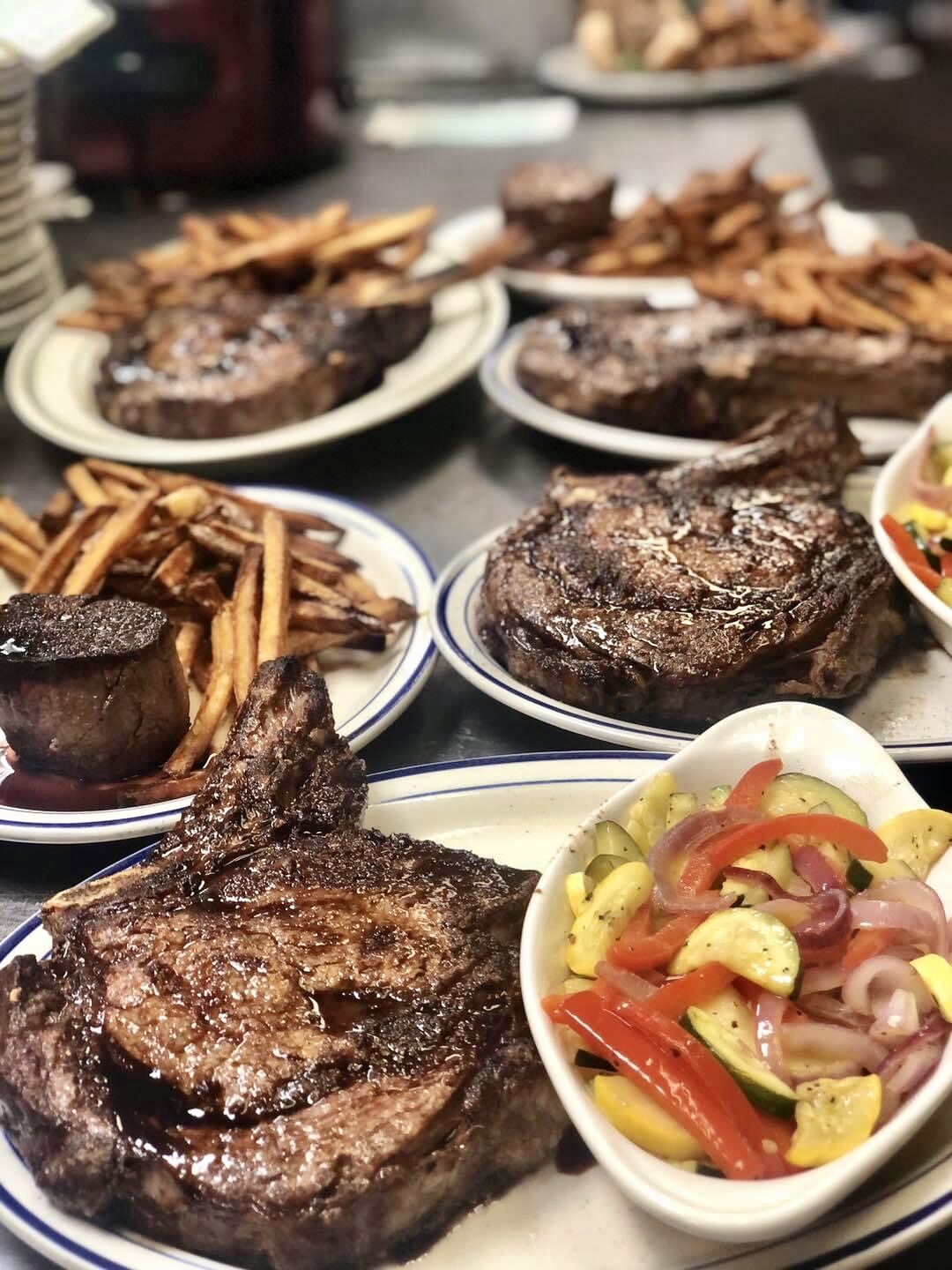 Doe's Eat Place is known for its steaks, which are cut fresh daily from whole beef loins. Each loin is aged more than 21 days to bring out all the flavor. 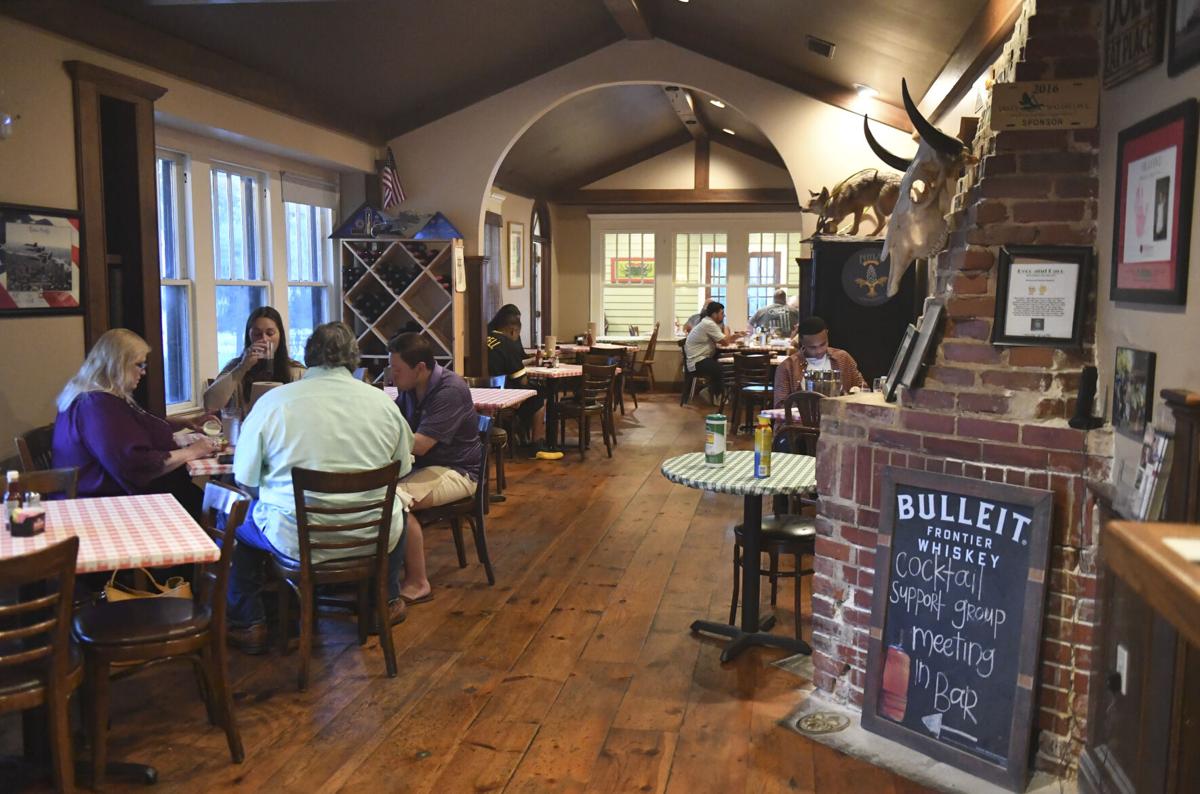 At Doe's Eat Place, the kitchen is run by George Krause, who says he learned how to cook by helping his mom feed their big family. 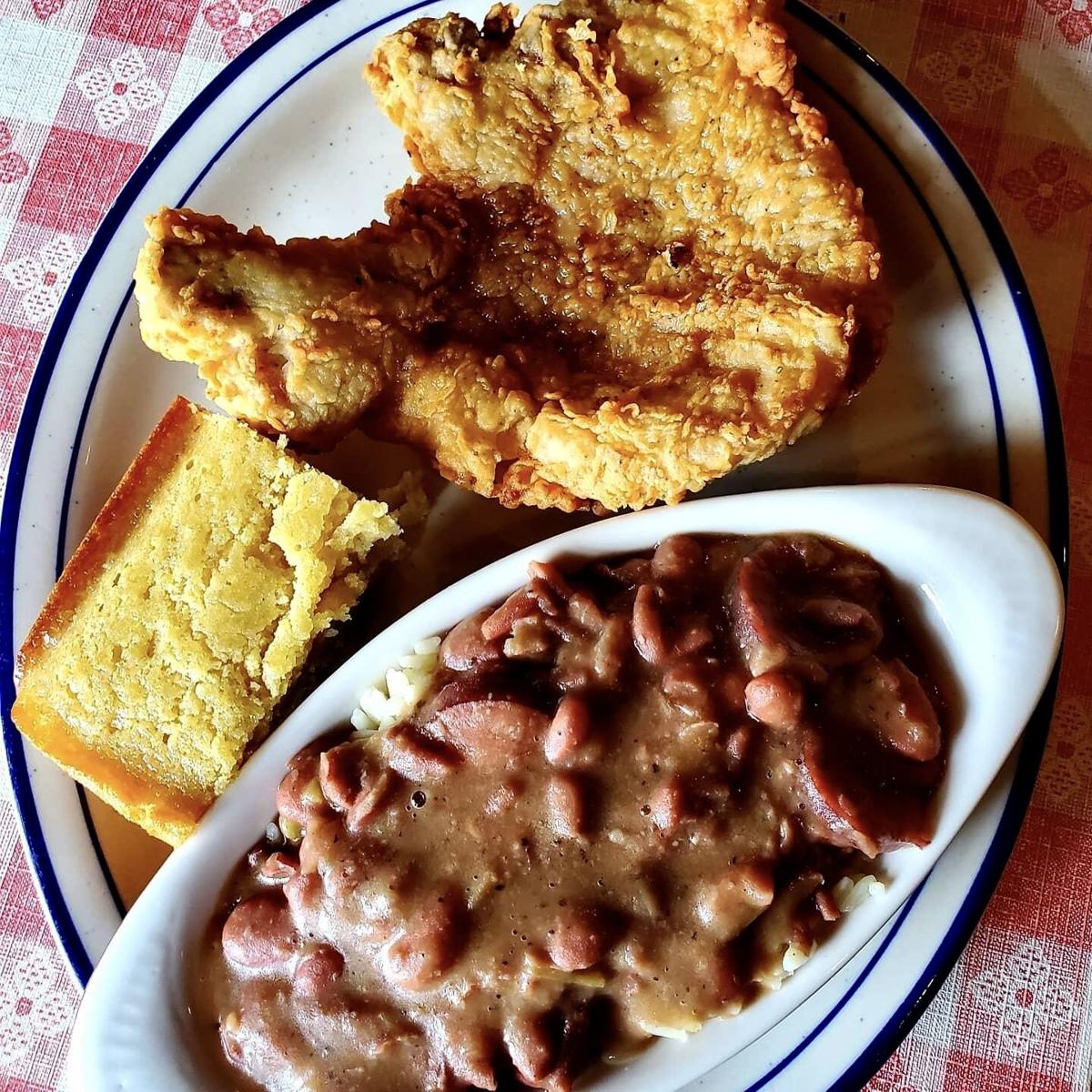 At Doe's Eat Place on Mondays, red beans and rice with a fried pork chop are on the menu. 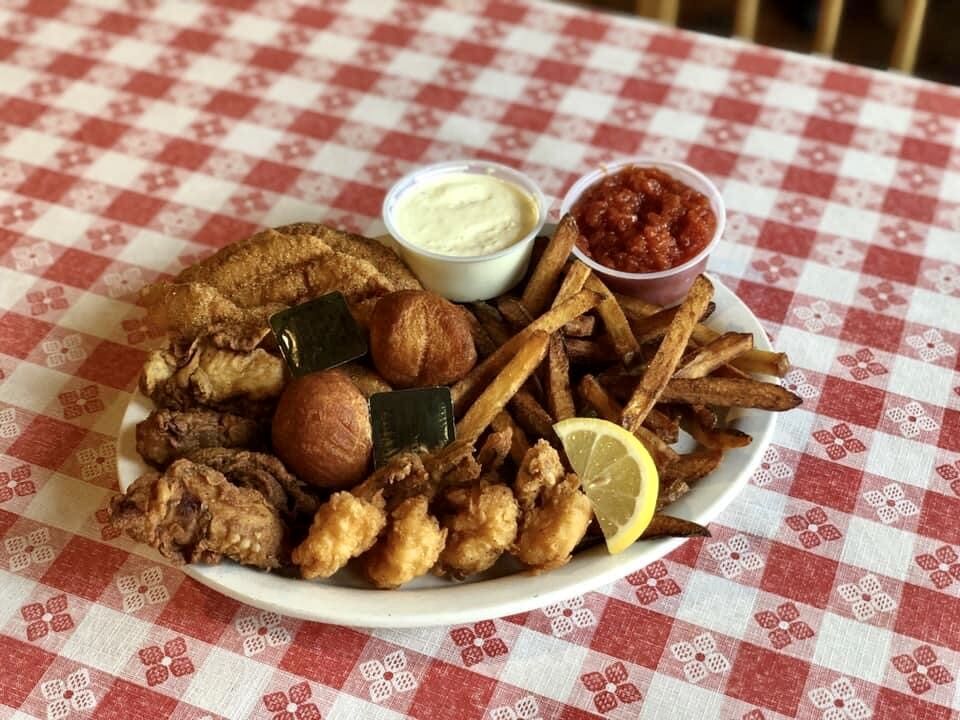 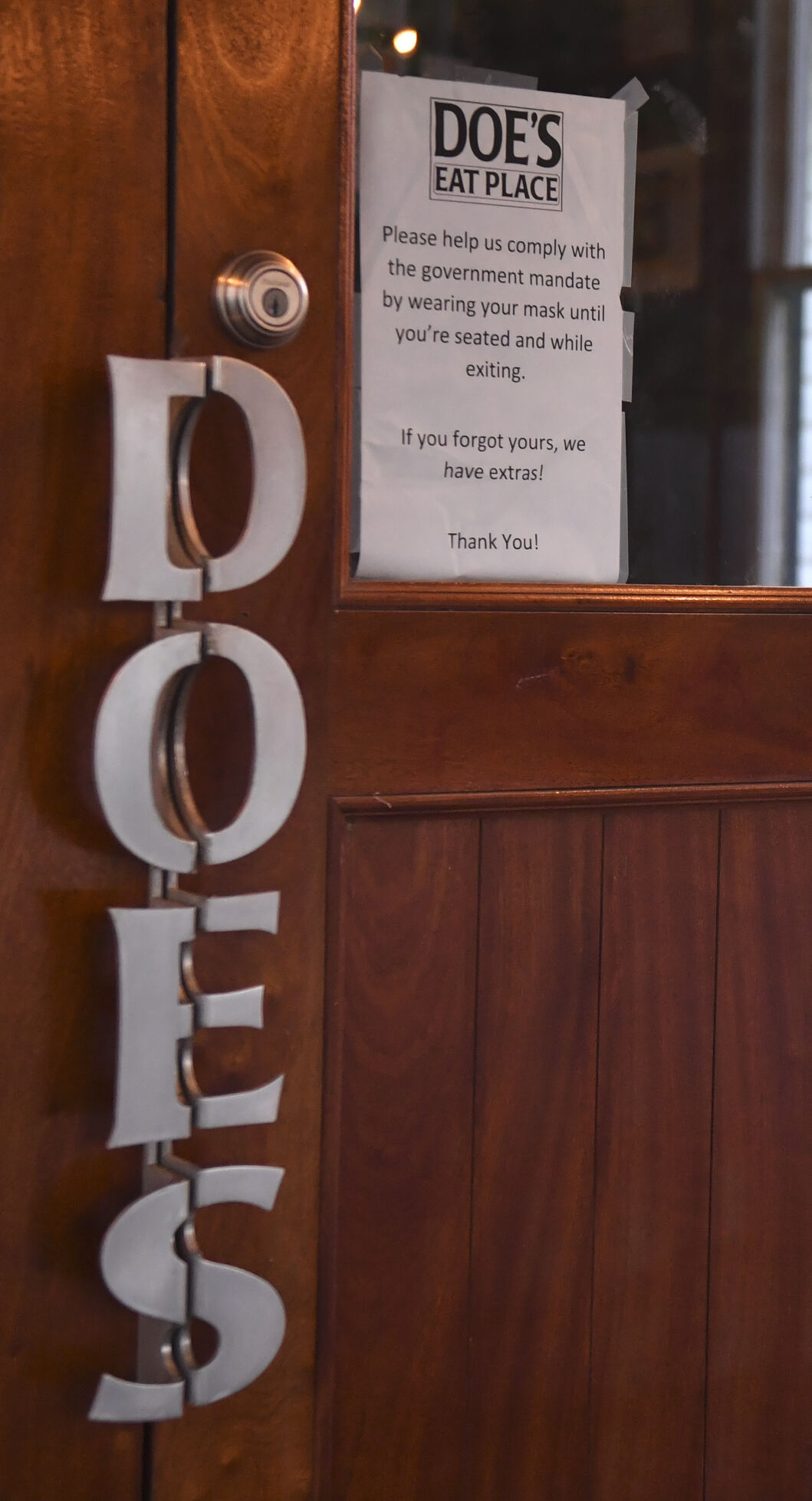 George Krause, executive chef at Doe's Eat Place, got his start at the restaurant behind the bar whipping up craft cocktails, like a bacon-infused single malt old fashioned.

Doe's Eat Place is known for its steaks, which are cut fresh daily from whole beef loins. Each loin is aged more than 21 days to bring out all the flavor.

At Doe's Eat Place, the kitchen is run by George Krause, who says he learned how to cook by helping his mom feed their big family.

At Doe's Eat Place on Mondays, red beans and rice with a fried pork chop are on the menu.

George Krause grew up in the kitchen, so it's no surprise that's where you'll still find him today.

These days, Krause is most at home in the kitchen of the popular Doe's Eat Place, 3723 Government St.

Krause, who has helmed the Doe's kitchen for the past nine years, said his mother taught him how to cook for their large family.

"I don’t think I ever learned to cook meals for less than 15 people at a time," he recalled.

Before taking over the kitchen, Krause was behind the bar at Doe's mixing drinks and creating cocktails with unique twists.

"I started learning new skills on my own until one day, I woke up and realized I was just as integrated into the kitchen as I was in the bar. My 13-plus years at Doe’s Eat Place have helped by allowing my creativity in both areas to flourish."

We caught up with Krause on his process, his splurges, his most important tools and just how he would be spending his time if the kitchen hadn't come calling.

What is your morning routine?

My “morning routine” is practically nonexistent because I am more of a night owl than a morning lark. I wake up in the morning with just enough time to get cleaned up and ready for work. I load my 7-year-old son, V, into the car for the drive to school. I will generally listen to a couple of new podcasts and the local news while putting together the day’s plan.

What’s your description of the perfect meal?

If I am cooking the perfect meal, the trick is to keep all of the ingredients balanced. All of the components should work together to create a harmonious chord with every bite.

Tell us about your prep routine in the kitchen.

Generally, every day is a bit different. There are a couple of things that must get done every morning. Beyond those items, everything varies depending daily. Over the week, I do have specific tasks assigned to certain days.

What’s your most relied upon kitchen tool?

I have access to a plethora of kitchen tools both in the restaurant and personally. They all have their time and place to shine. However, I grew up in a home where the perfect kitchen tools are the two you were born with, your hands. Your hands can do almost anything you need them to do other than heating the food.

What do you splurge on?

I have three things I would consider splurges to varying degrees. First, I am a sucker for my process. If I have something specific I want to do or try either in the kitchen or bar, I have been known to splurge on books and equipment to make it a realistic option or reality.

Secondly, my tax account and I disagree about it being a splurge, although I believe it to be practical. I tend to use devices/tools/cars until it dies a long slow death with multiple “Frankenstein’s Monster” like resurrections. When it is finally expired, I tend to replace it with the highest upgraded model possible with the intention of it lasting another 10-plus years before becoming too obsolete to function.

Lastly, when I get the chance to get away to another city for either Bartenders’ Guild Conferences, birthday celebrations, or to visit friends, I splurge … so I can come back with new ideas and rabbit holes to fall down.

What is your opinion of Hollywood’s portrayal of chefs?

I am a rabid movie fan. There are several I watch when I need to stoke the fire under me, but they get about half of it right for the most part. The one thing they all get right is passion. In some films, chefs can seem broken from years of wear and tear, but it just takes the right spark to stoke the flame and brings them back around again.

Do you listen to music while in the kitchen?

What dish creation are you most proud of?

Most of my favorite creations are cocktails because that is my foundation. I have created everything from a bacon-infused single malt old fashioned to a clear bloody mary showpiece and numerous other award-winning cocktails. I don’t feel I have invented anything new and unique just yet when it comes to food. I recently reverse-engineered a king cake dough to make it more pastry-like and less candy sweet. I ended up selling them with unexpected fillings such as cream cheese with blueberry-pepper jelly, homemade chocolate hazelnut spread and strawberries, and a pecan praline with real salted caramel infused with bourbon.

If you weren’t a chef, what would your second choice “dream job” be?

I originally went to LSU for computer and electrical engineering. If I didn’t love bartending and cooking as much as I do, I would probably be sitting at a computer somewhere designing hardware and software for the next big device.