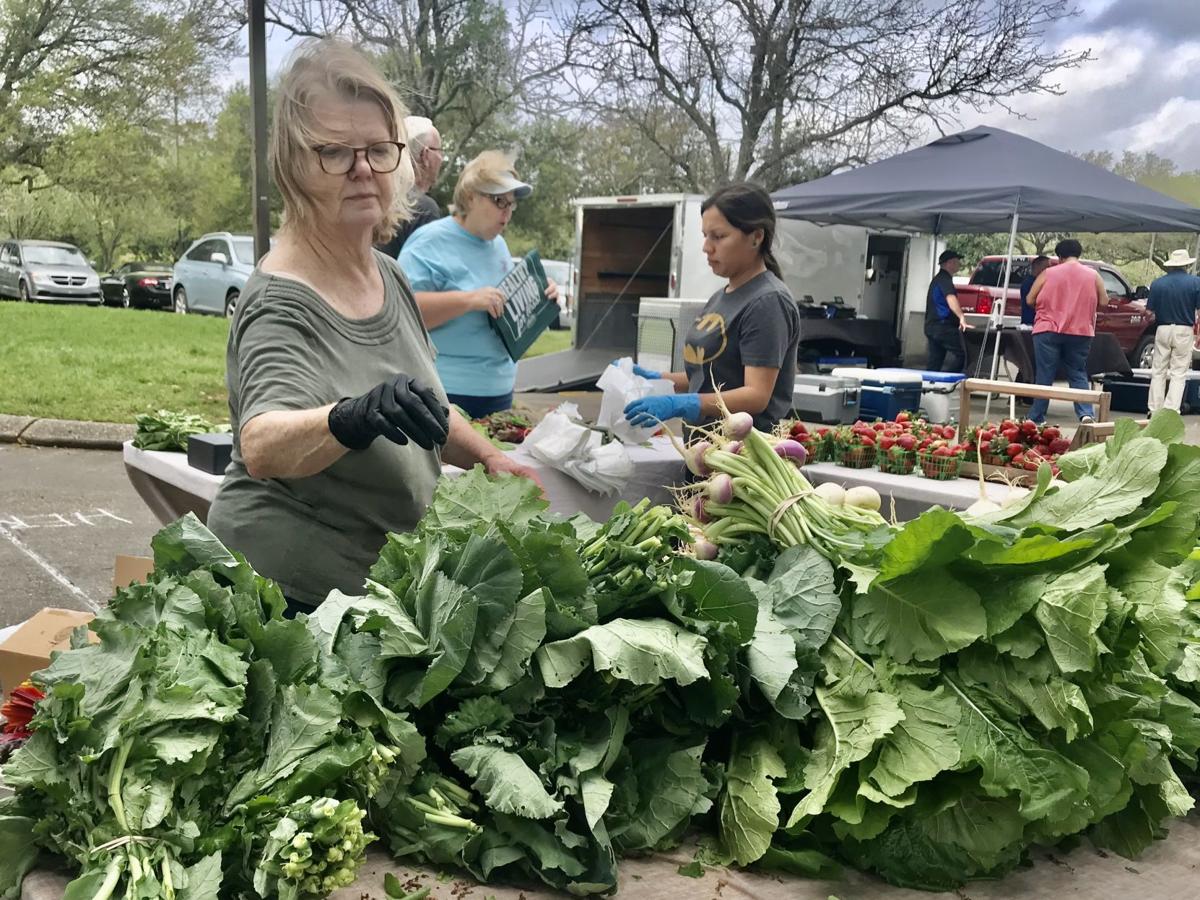 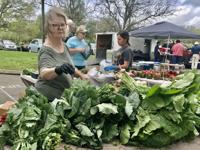 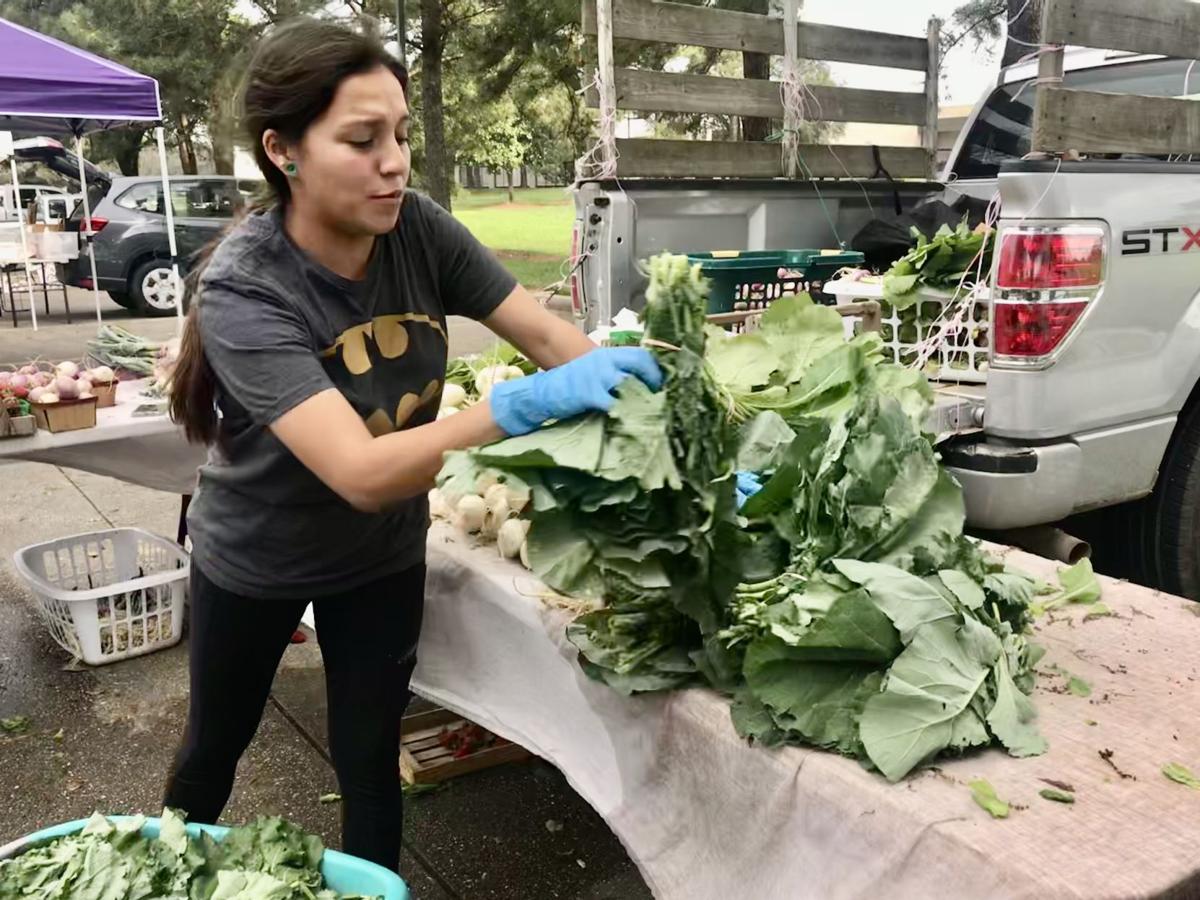 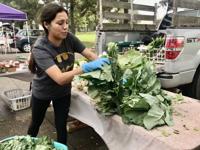 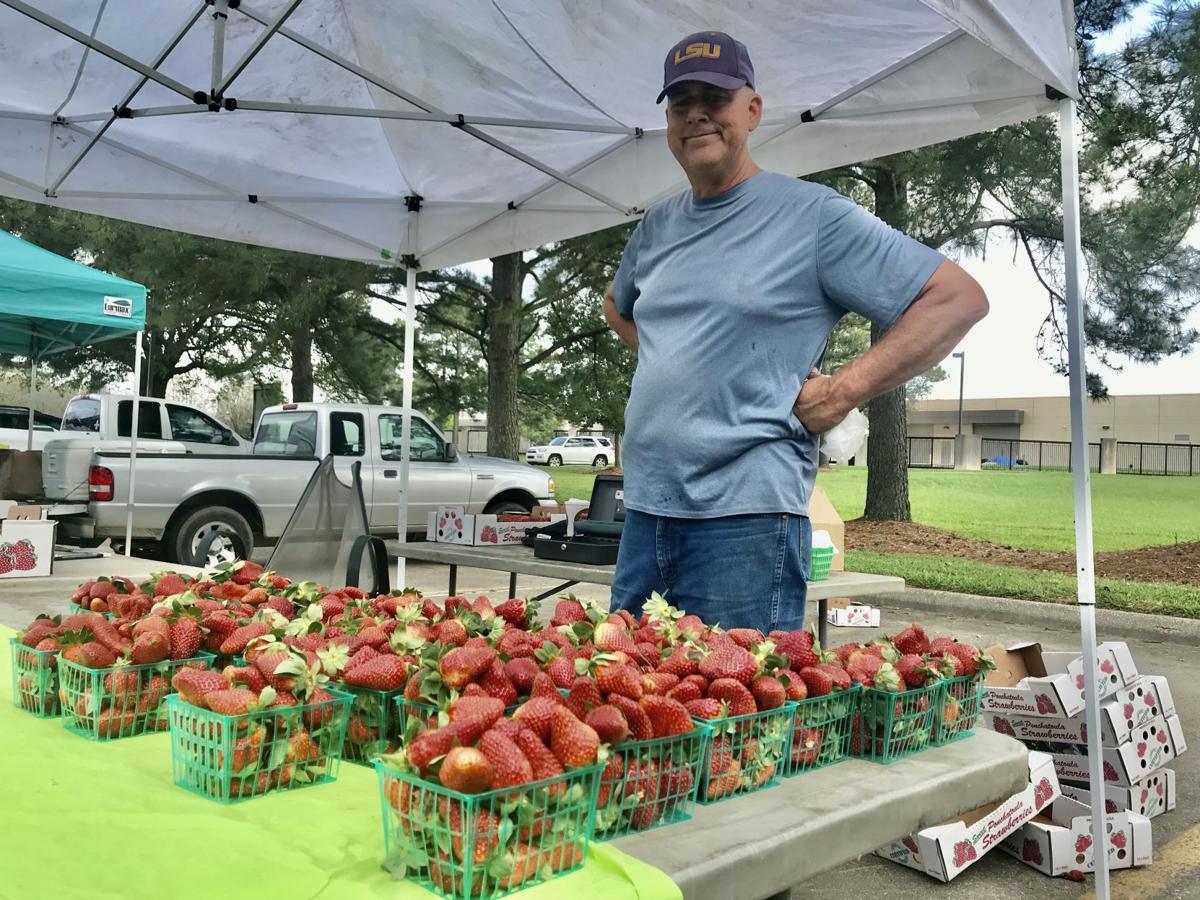 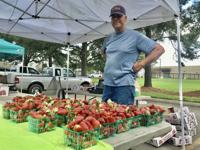 Eric Morrow, of Pontchatoula, sells strawberries grown on his farm at the Red Stick Farmers Market at the Pennington Biomedical Research Center. 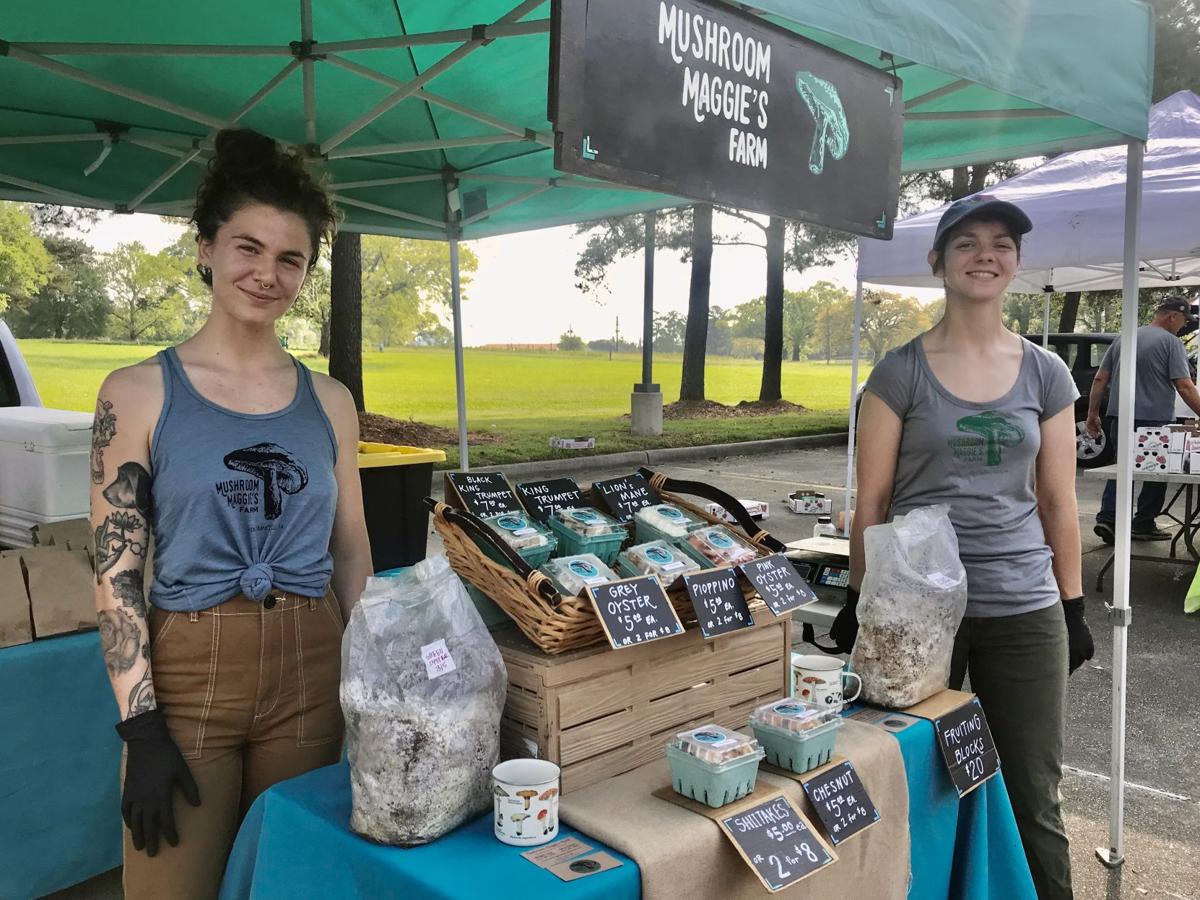 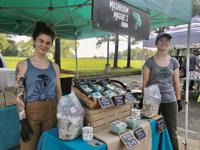 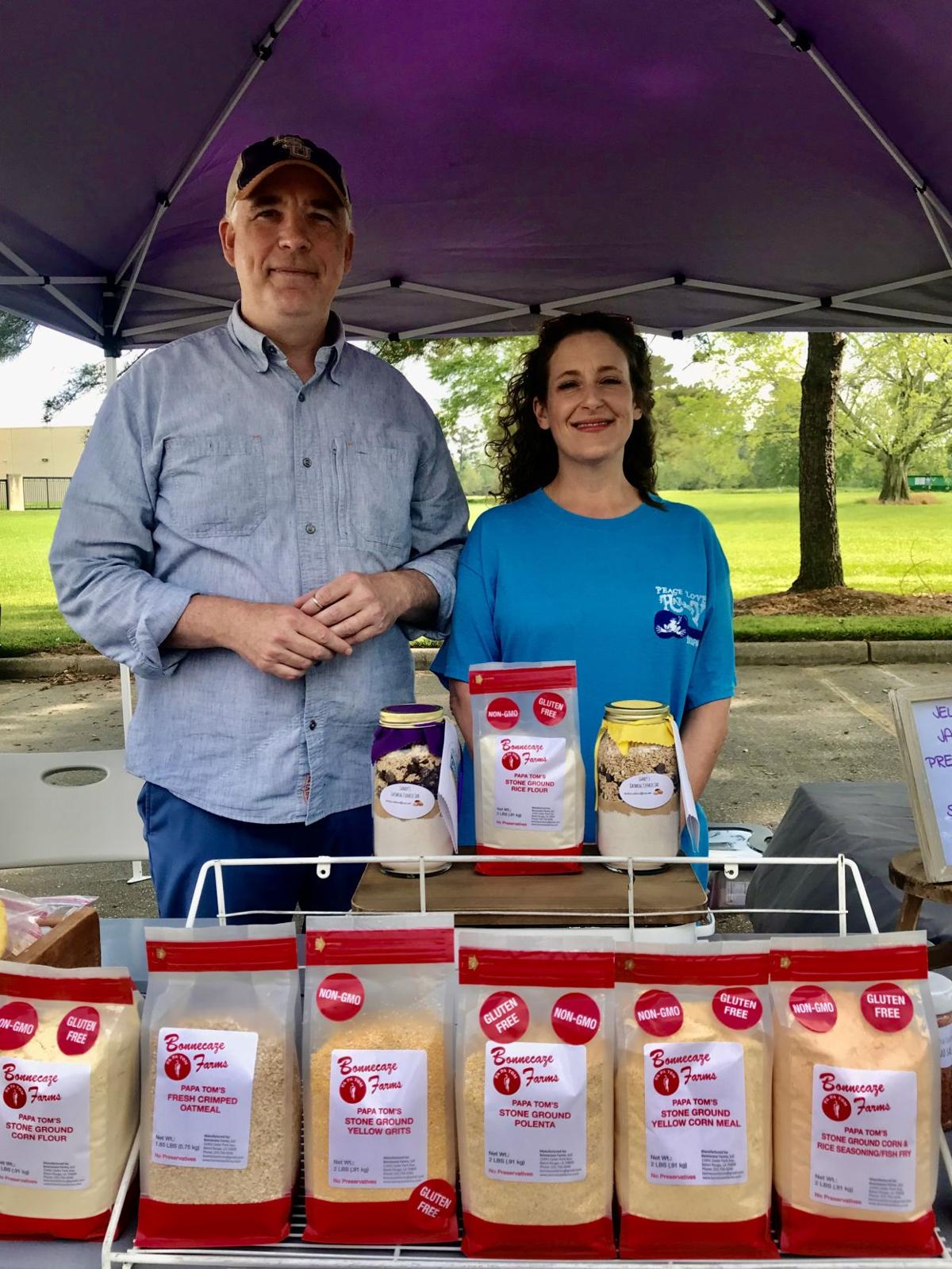 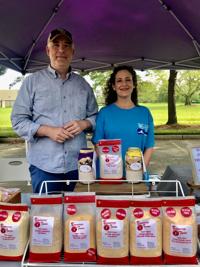 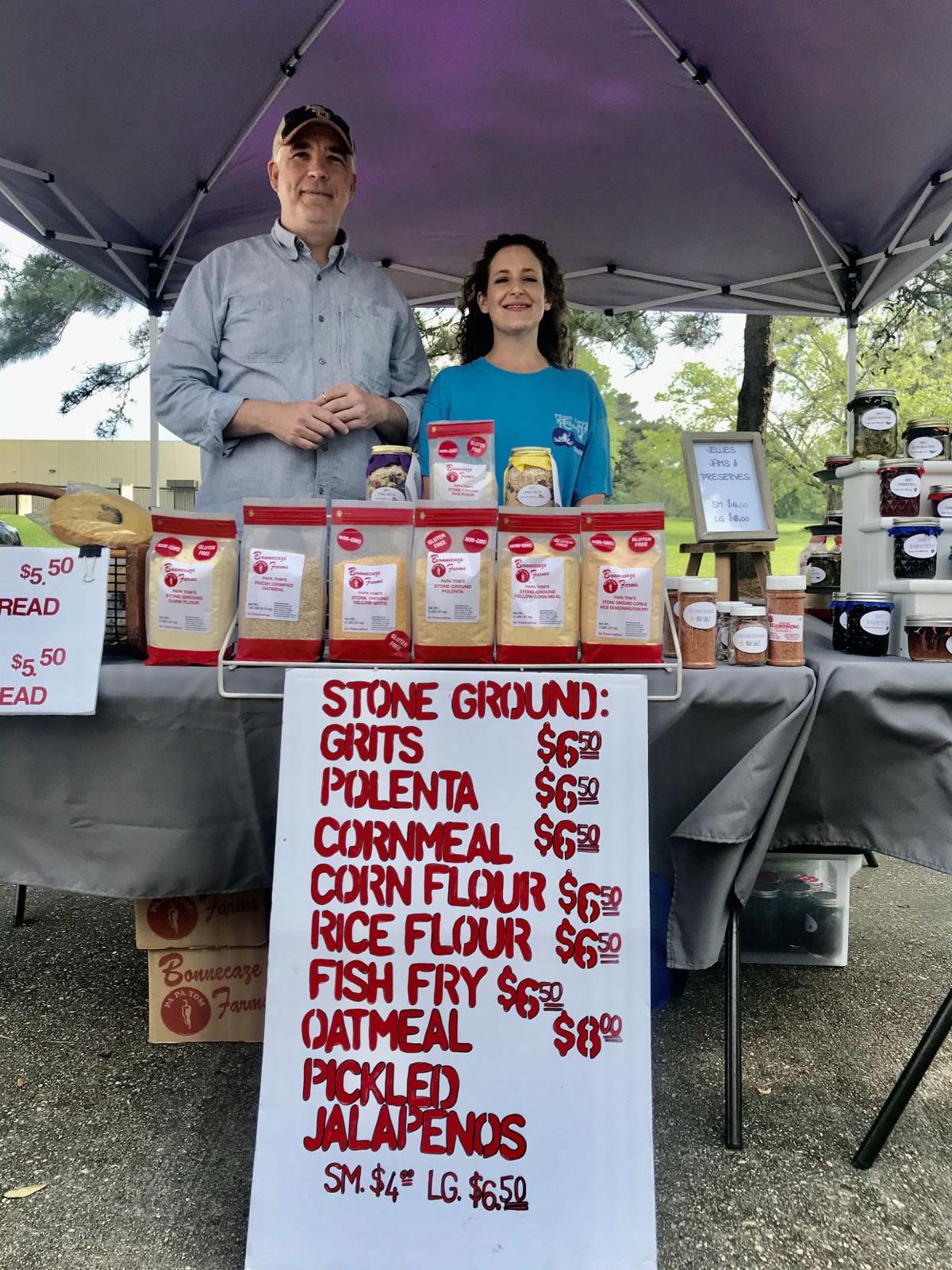 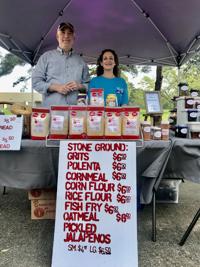 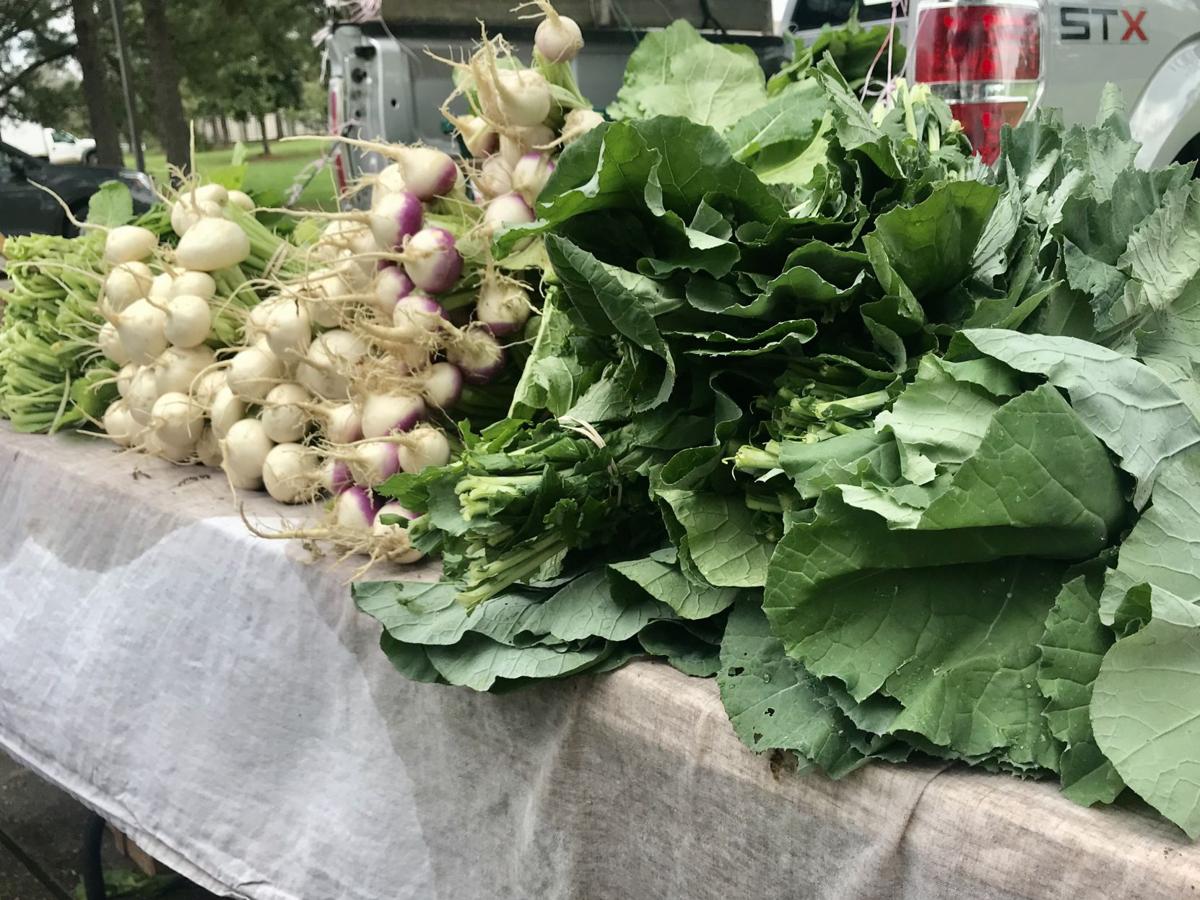 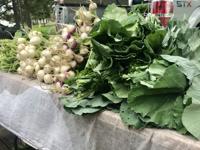 Eric Morrow, of Pontchatoula, sells strawberries grown on his farm at the Red Stick Farmers Market at the Pennington Biomedical Research Center.

Farmers markets are doing their best to stay in business and provide locals with fresh fruits and vegetables during the coronavirus crisis.

The Red Stick Farmers Market and Main Street markets were still selling from tents direct to customers last week. However, the markets will be operating under new guidelines this week, according to Copper Alvarez, executive director of the Big River Economic Alliance and Agricultural Development Alliance, which operates the Red Stick market on Thursdays at the Pennington Biomedical Research Center and the farmers market at the Main Street Market on Saturdays.

Both markets will operate from 8 a.m. to noon on their usual days, but now the operations will be drive-thru services, Alvarez said.

Details of how that will work are still being ironed out, she said, urging marketgoers to check the website, breada.org, for information.

Alvarez said everything at both markets is locally grown and locally produced.

"I've been selling at the market for 24 years," Eric Morrow, of Ponchatoula's Morrow Farms, at Thursday's Red Stick Farmers Market. "We still have our markets, and we're still going to be selling. We're just taking it one day at a time and hoping to keep it going."

More than a brewery: Rally Cap is the neighborhood place for lovers of craft beer and sports

Even before the drive-thru was instituted, Alavarez said farmers were already taking precautions. Customers were not allowed to touch the produce, with the farmers keeping their goods on a back table and bagging it for those who came.

Unfortunately, Alvarez said, the markets are going to lose some of what drew people there.

"Typically, the market is also a social event where friends will gather and meet," Alvarez said.

There are less vendors coming, she acknowledged, which has allowed tents to be set farther apart.

"It's all different from what we normally do," she said. "But being an outdoor market, we're giving people a place to shop for fresh local produce and goods in a safe environment."

Grant Guidroz, of Fullness Farm, said the markets are fulfilling a need.

"There are more people eating at home than ever before," said Guidroz. "I've never seen more interest in starting a garden than during this time. Our patronage is down 30%, but last week, I sold out in the first hour."

Some vendors' products also are distributed by local grocery stores, including mushrooms grown by Mushroom Maggie's Farm in St. Francisville and flour and cornmeal milled by Bonnecaze Farms in Baton Rouge.

A new one-stop website is connecting Louisiana restaurants with their customers during the coronavirus crisis.

Under normal circumstances, the alliance operates up to seven locations of the Red Stick Farmers Market, including a location in north Baton Rouge with a network of more than 50 local farmers and food artisans.

Three places to try for takeout in Baton Rouge, including one place with a side of toilet paper

Laughter is the best medicine, and although the coronavirus pandemic has us stuck inside, we haven't lost our sense of humor.