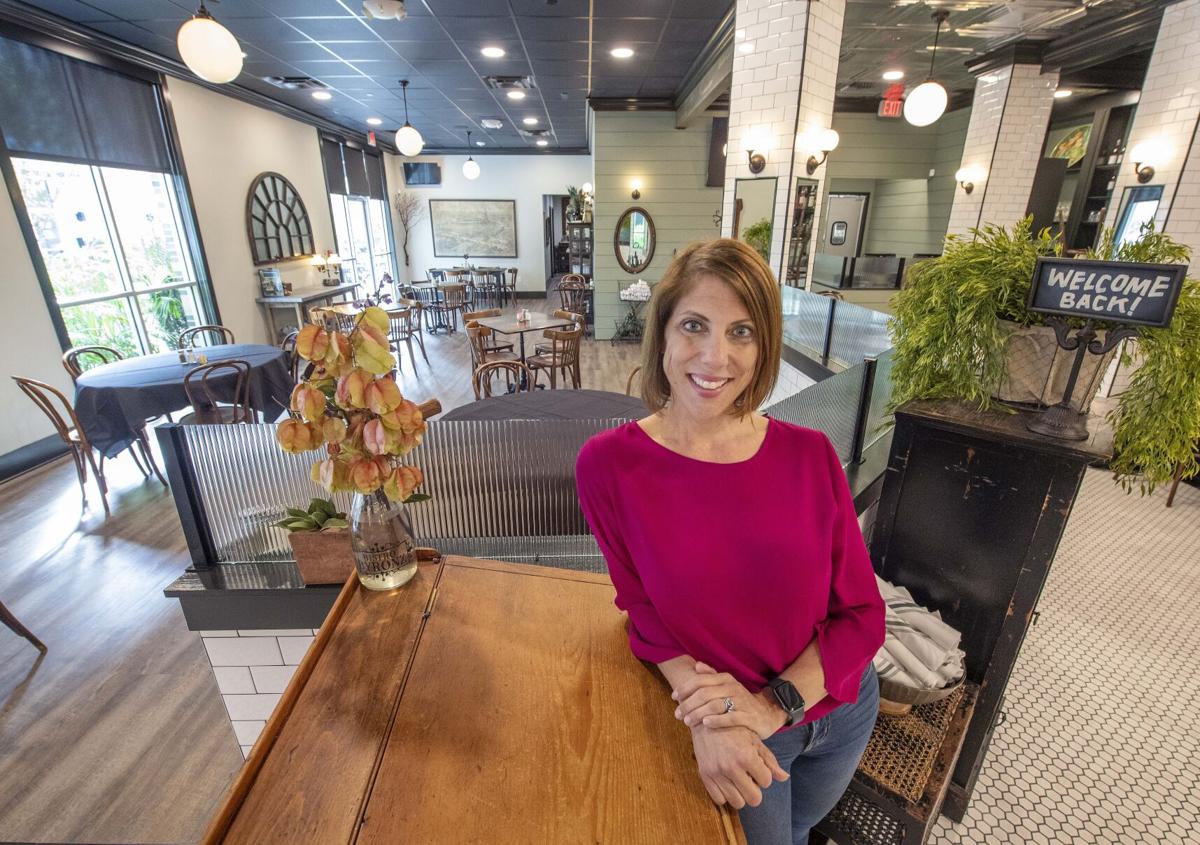 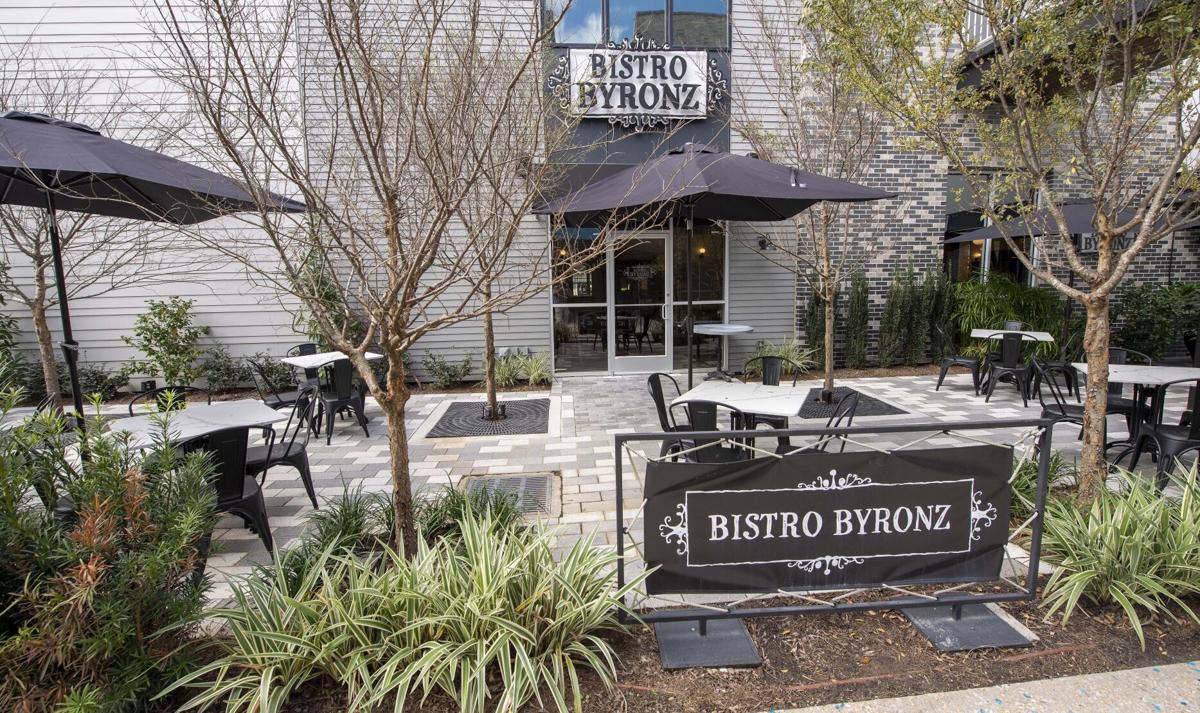 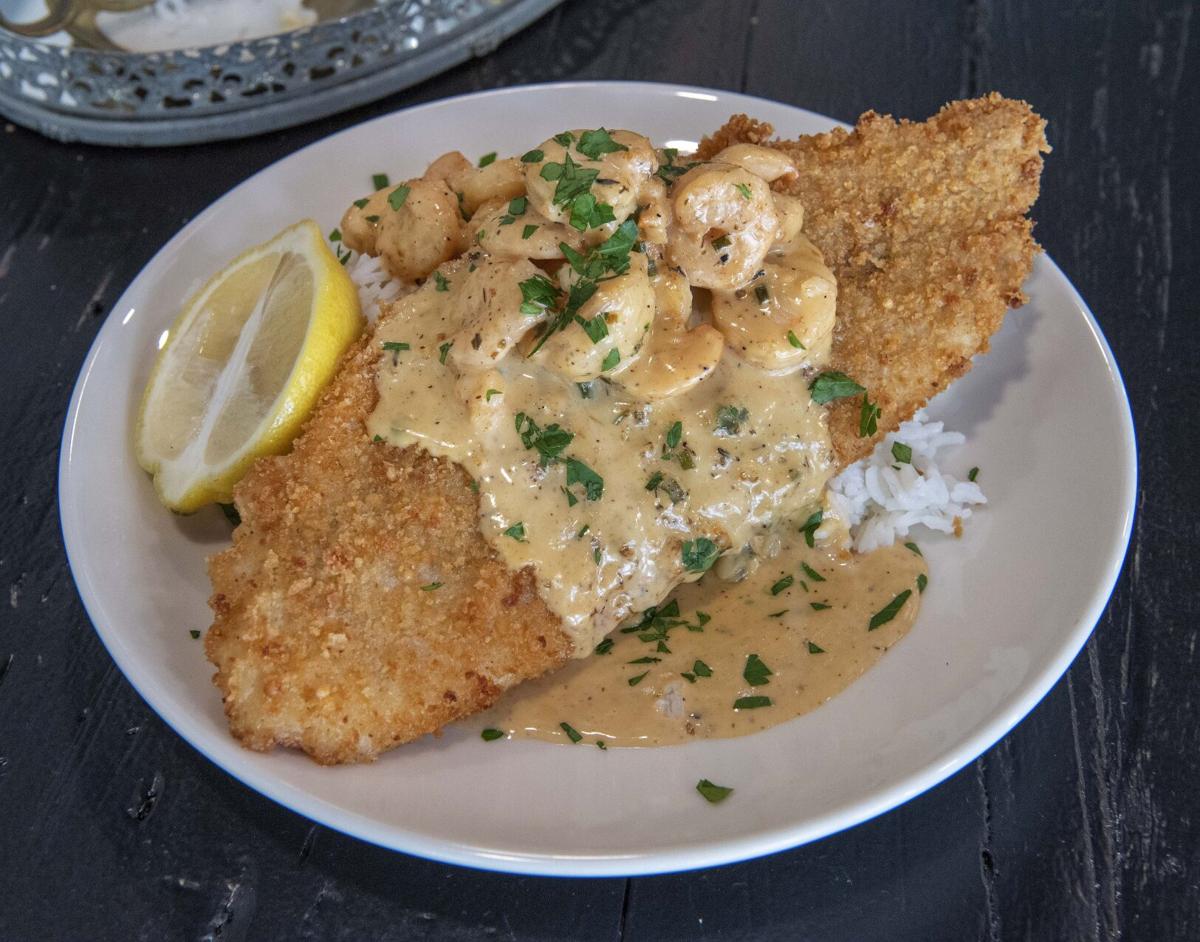 A new addition to the Bistro Byronz menu is Poisson Crevette, panko-crusted drum topped with shrimp and Cajun cream sauce. 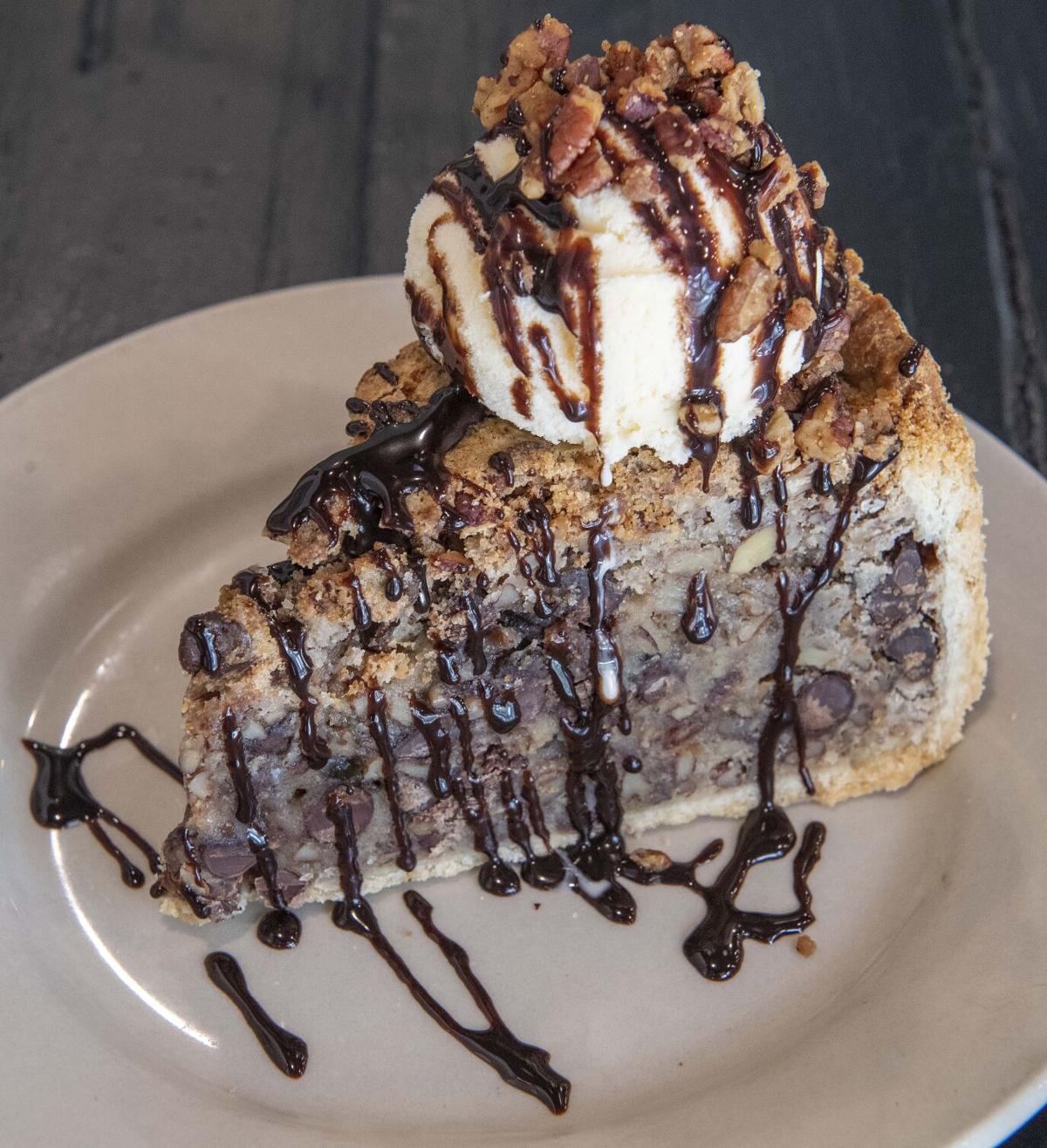 Angél-ique Chocolate Pecan Pie, made from chef John Lundin's grandmother's recipe, is new on the menu at Bistro Byronz. 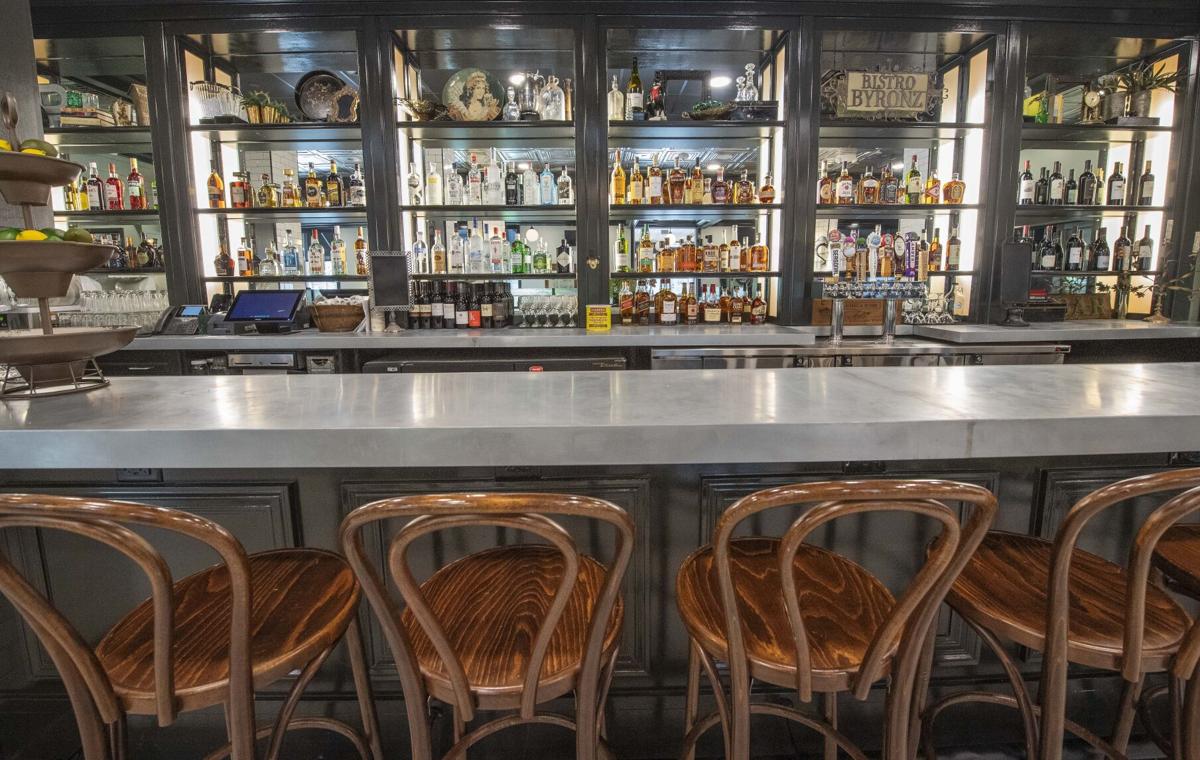 Bistro Byronz's bar is a bright spot in the new location on Government Street. 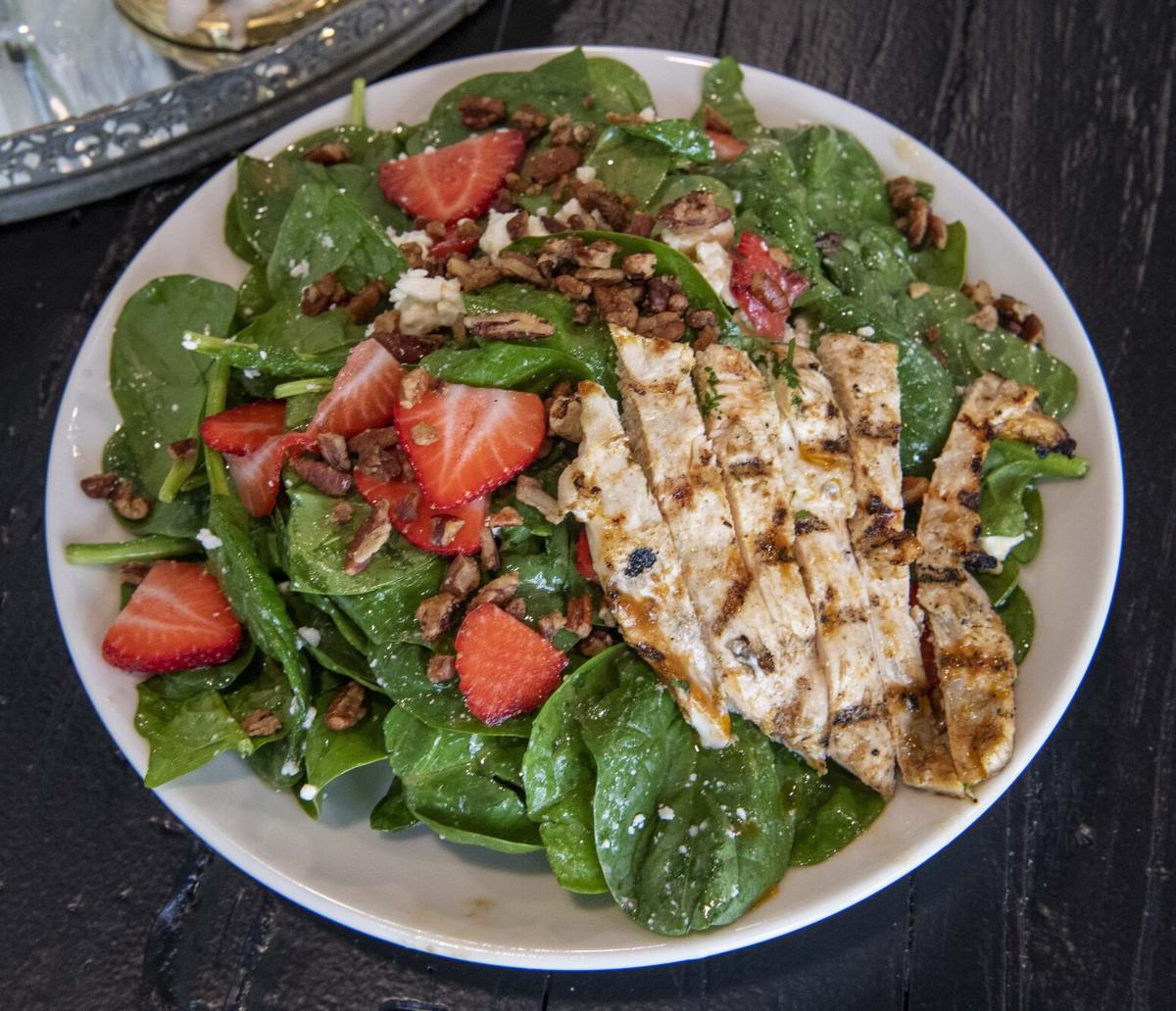 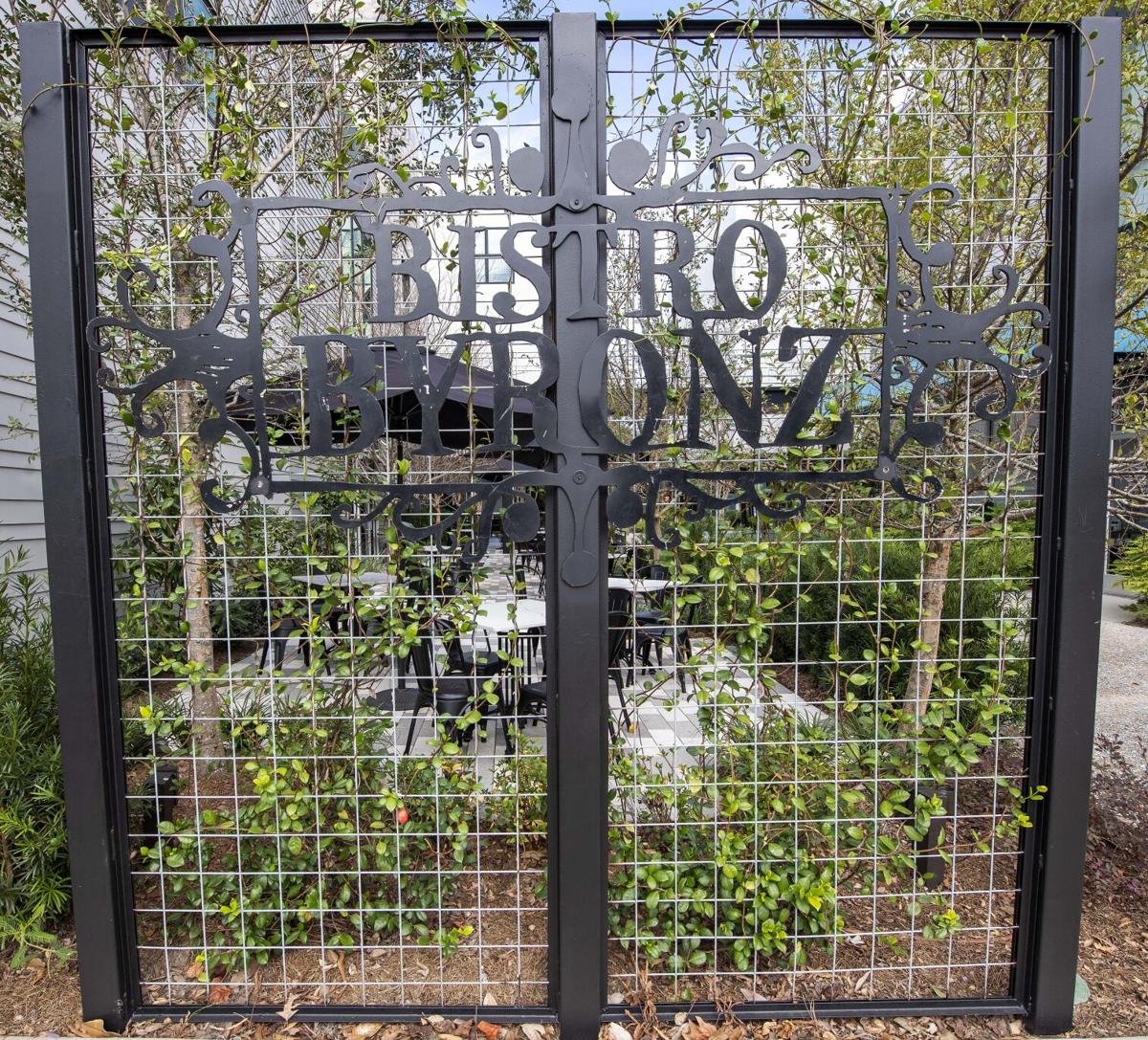 Bistro Byronz has moved to its third location on Government Street, now located in the former White Star Market.

A new addition to the Bistro Byronz menu is Poisson Crevette, panko-crusted drum topped with shrimp and Cajun cream sauce.

Angél-ique Chocolate Pecan Pie, made from chef John Lundin's grandmother's recipe, is new on the menu at Bistro Byronz.

Bistro Byronz's bar is a bright spot in the new location on Government Street.

Bistro Byronz has moved to its third location on Government Street, now located in the former White Star Market.

When Bistro Byronz moved a few blocks, the longtime Mid City eatery brought everything with it. Then upped its game.

There's the same menu, the same friendly atmosphere and a lot of the same decor in the restaurant's new digs in the former White Star Market.

"The new location has the unique bistro style and welcoming feel that our customers and community have come to love, but we’ve also incorporated some new design elements," said Emilie Alton, CEO of Byronz Restaurant Family. "The idea was to maintain the core of what works from the original bistro while tailoring the design and experience for a true neighborhood bistro feel."

The restaurant traces its start to the 1980s when it opened as Byronz Sandwich Shop near Baton Rouge Magnet High School. In 2005, Bistro Byronz reopened a little down the street as a neighborhood family restaurant. There's also Willow Grove and Mandeville locations of Bistro Byronz and Pizza Byronz.

Now the bistro has taken over the White Star Market space, which closed in early 2020.

"We've always known that we wanted to be part of Mid City, and this is our third location on Government Street," Alton said. "It's sort of like moving from our starter home to our next home and moving up."

It is a meal that pretty neatly sums up the Bistro Byronz experience — a delicious dish with comfort food cooked right in.

"Everything, the food and the decor, is about being approachable and comfortable," Alton said. "And I think our food is comfort food, but it's sort of comfort food with a flair."

A new addition to the menu is Poisson Crevette.

The popular Bistro Salad has been tweaked and rebranded the Bistro Salad 2.0 with a mix of spinach, strawberry, feta, candied pecans and pepper jelly vinaigrette. Cold or hot chicken, tuna, shrimp or steak can be added for an additional price.

The bar serves up signature cocktails, such as Bistro Byronz's Vodka Freeze, and Angél-ique Chocolate Pecan Pie is a new dessert.

"Our chef, John Lundin, has a family recipe from his grandmother who was called Angel," Alton said. "So we are putting that on the menu."

As for the new location, Alton said the timing was right.

“When the original building was being designed in 2015, the owners of Square 46 (White Star) spoke with us about bringing a concept to their location," she said. "At the time, it was not an option for us."

After White Star, which was an upscale food court with a variety of vendors, closed, Alton said "the timing aligned."

Alton said while she couldn't visualize what the restaurant would look like, her dad, Mike Kantrow, Byronz's chief officer, could.

"My dad has been able to see it every time we go into one of these projects," Alton said. "He and the architects, Hoffpauir Studios, and Faulk and Meek Contractors made it happen. My dad would stand over the architect's shoulder, and say, 'Put a wall here and build this here.' They put together the design and brought it to life. They were a great team to work with."

Part of making the industrial space feel like Byronz was to install subway tiles and pressed tin ceilings as had been in the previous location.

And then there's the food. The restaurant sources its supplies locally and works closely with chef John Folse, incorporating his products into its dishes.

"John actually came in for our test runs before we opened, and I put a little post up on Facebook that said, 'If you know, Chef Folse approves, I think we're good to go,' " Alton said. "And he texted me last night and said, 'You know, people ask me where's the best burger in town? I tell them to go to Bistro Byronz.' "

Frankie's Dawg House is off the beaten path, but its gourmet hot dogs make it worth the trip

So whether it's a hamburger or Poisson Crevette, there's something to sate just about everyone's taste buds.

"You can bring a large group of people, and everybody can find something they want," Alton said. "We find that people come multiple times a week because they can have different things. We try to keep our menu broad enough but still in that vein of a bistro food with a Southern flair."

But it's not just the food that brings people in.

"We had a couple of preview events before we opened, and one of our regulars walked in the door and she said, 'Oh, I feel like I'm back home,' " Alton said. "And I said, 'OK, we did it.' And that was the goal — to feel like you're walking into Bistro Byronz but yet find some fresh new elements."

The one-two punch of the pandemic and Hurricane Ida could not stop Cory and Kaitlin Hebert from opening Big Bad Bites.