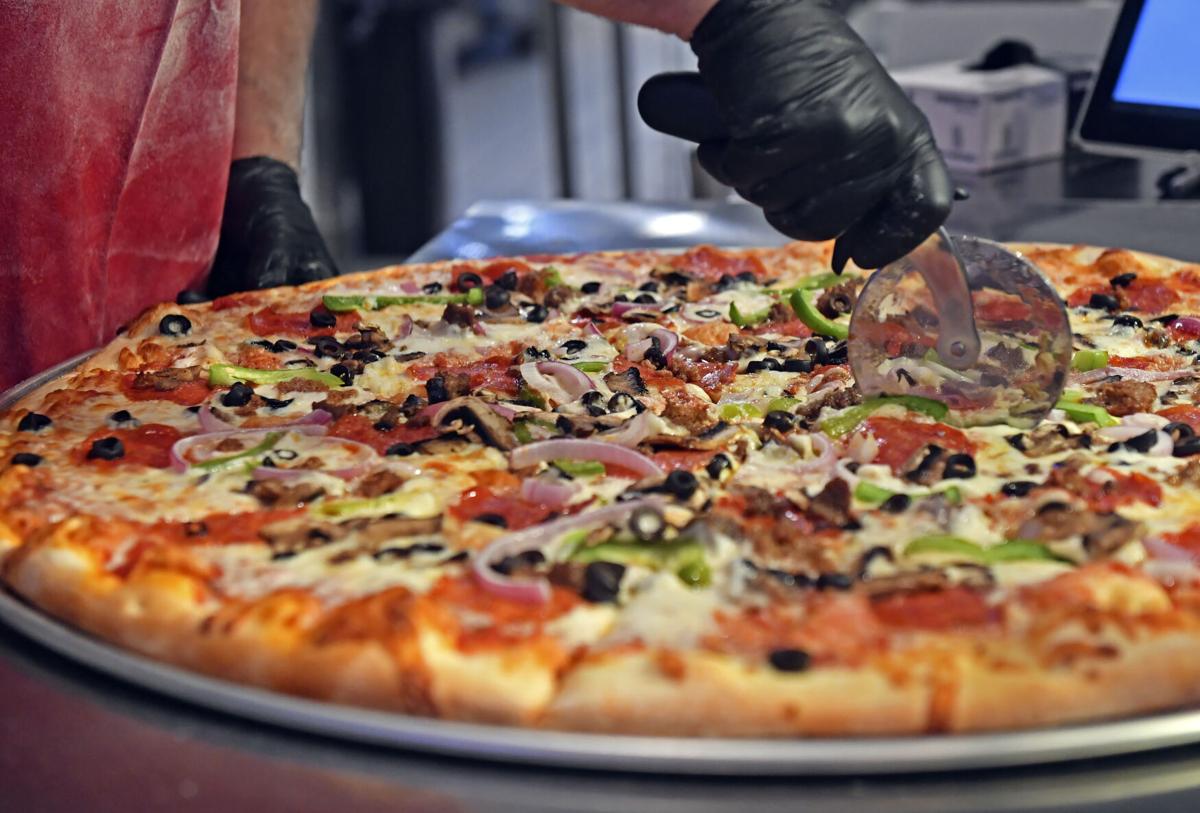 A pizza cutter glides through The Fat Boy, a 30-inch supreme pizza, at the new Fat Boy's Pizza on Nicholson. 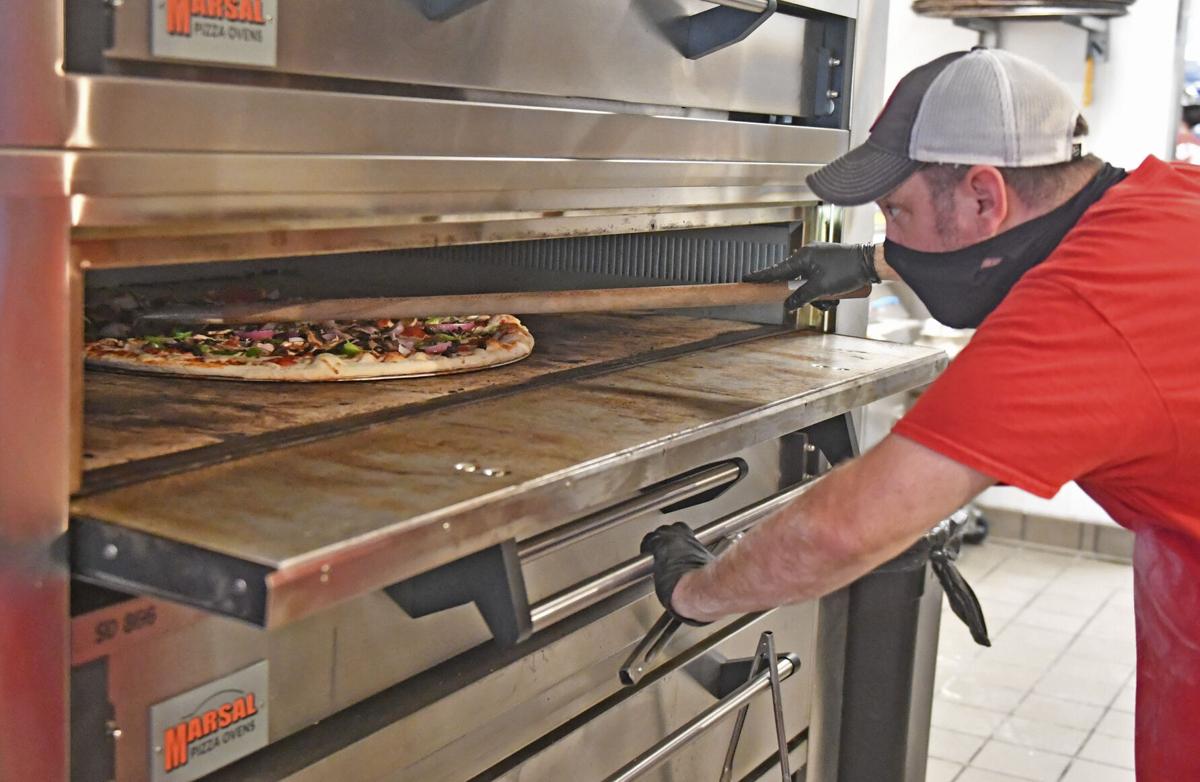 Training manager Brad Maresma checks on a 30-inch supreme pizza, known as The Fat Boy, at the eatery's new location near LSU. 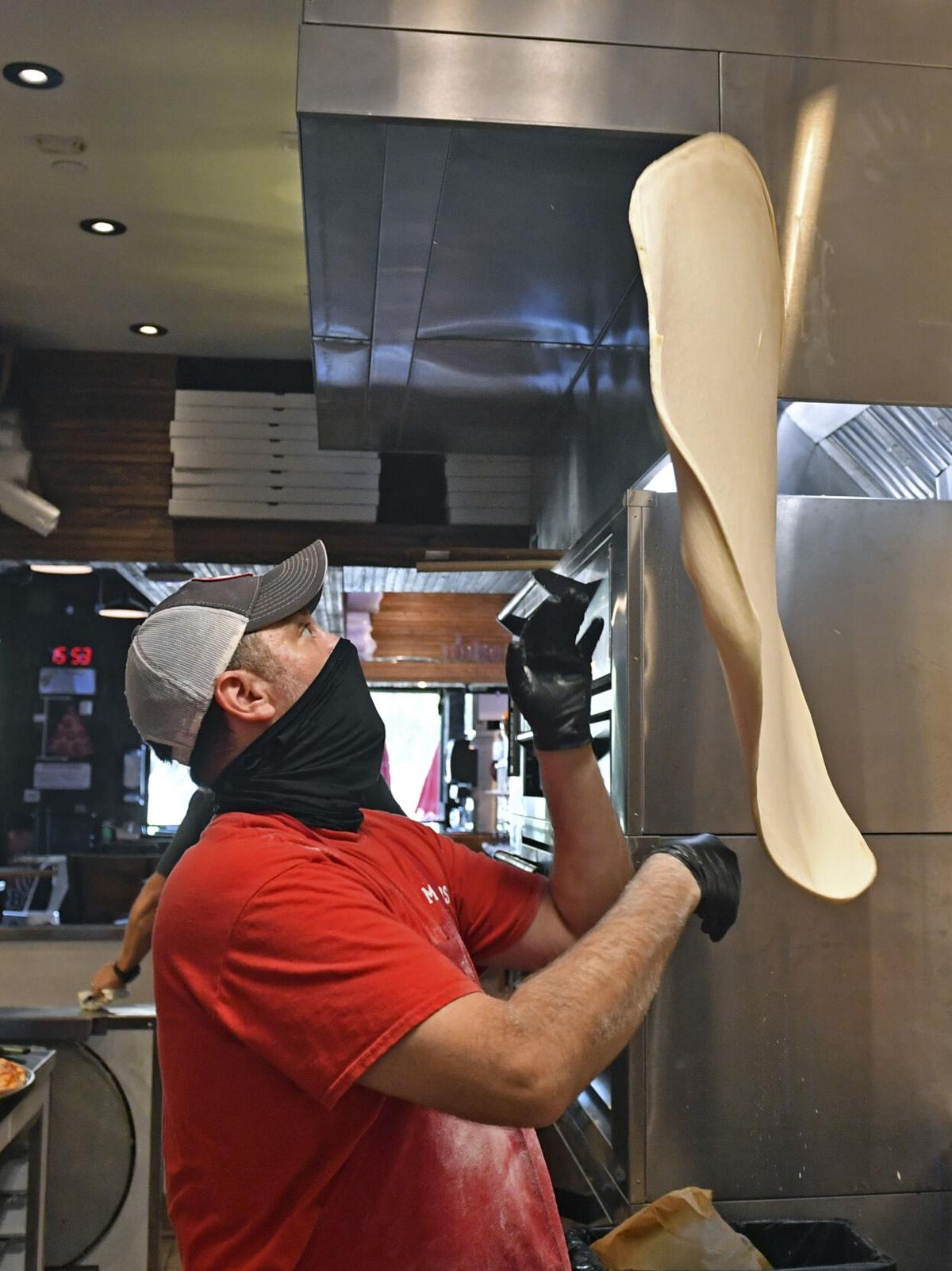 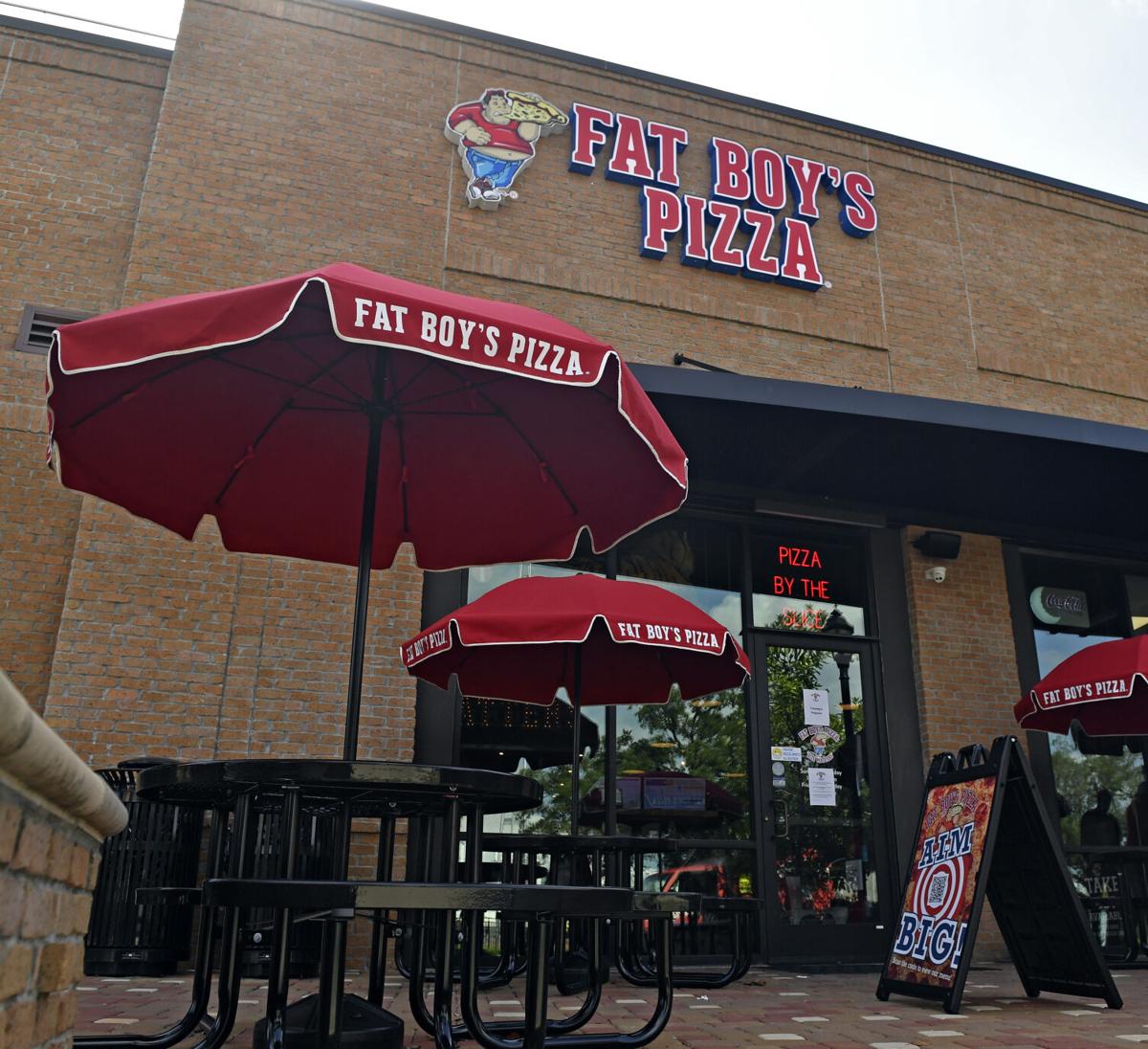 Fat Boy's Pizza offers 30-inch and 16-inch pies, as well as pizza by the slice, at its new location near Tiger Stadium. 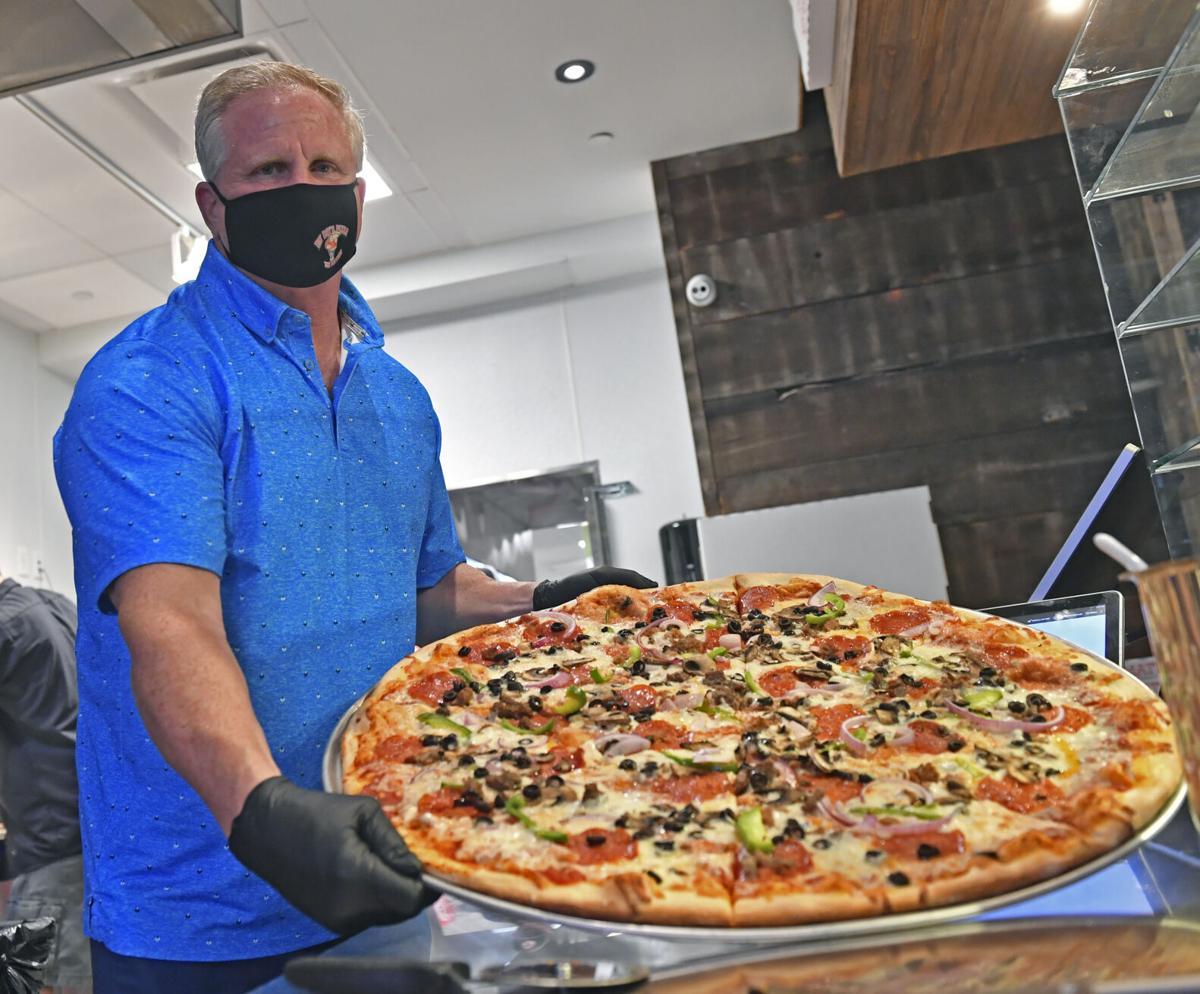 Owner Gabe Corchiani shows off a 30-inch supreme pizza, known as The Fat Boy, at the eatery's new location on Nicholson Drive, across from Tiger Stadium. 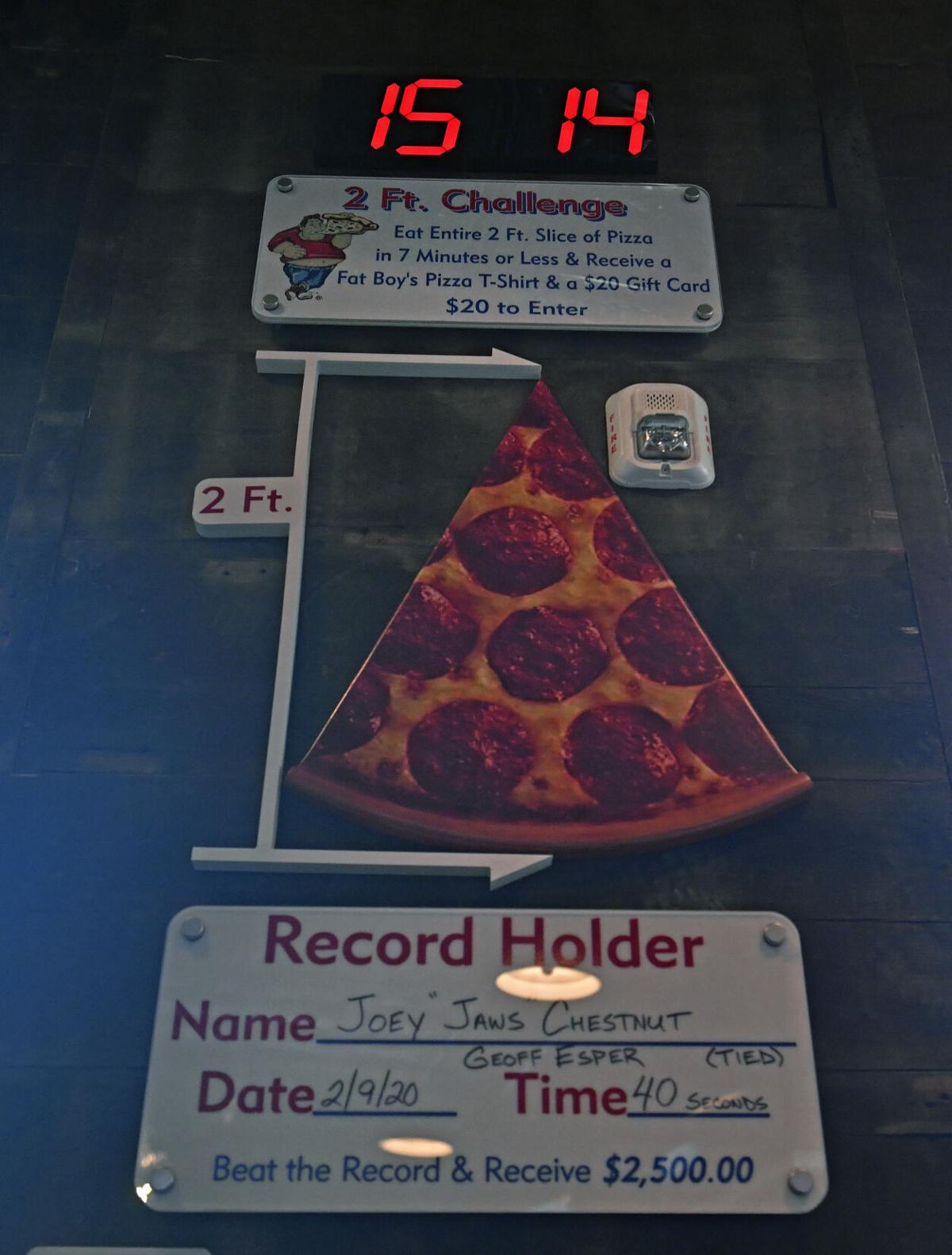 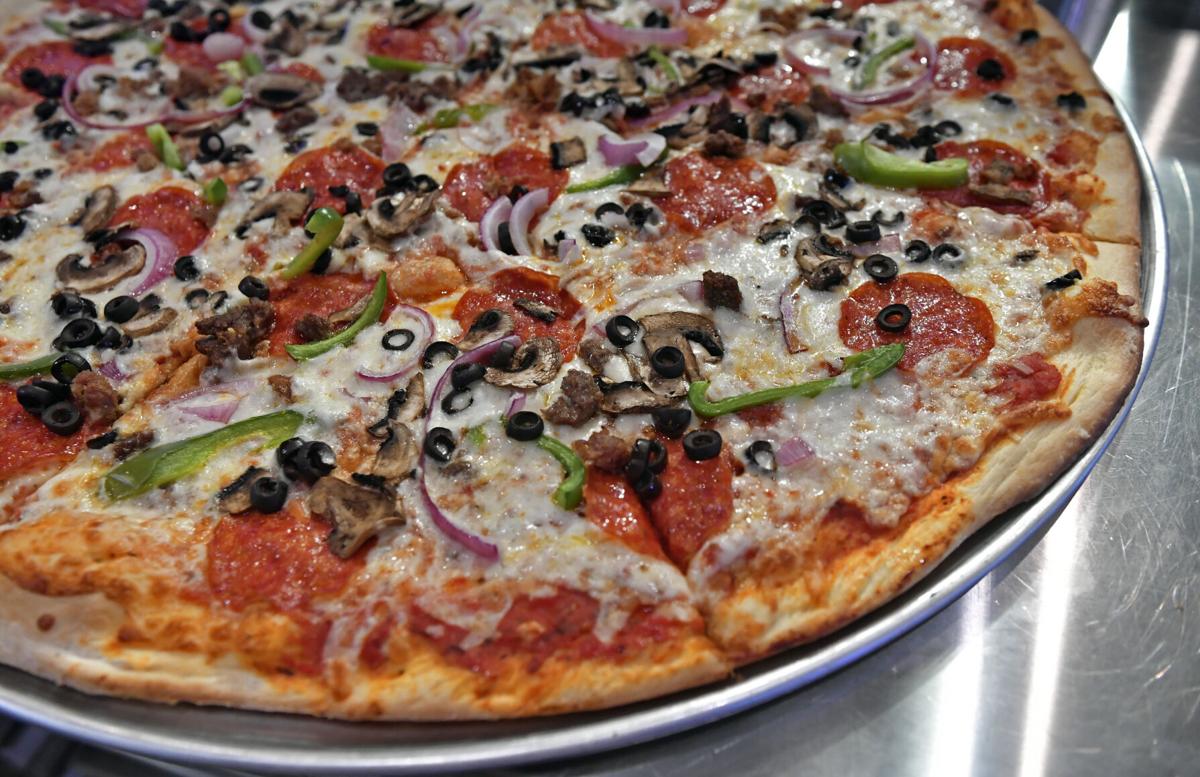 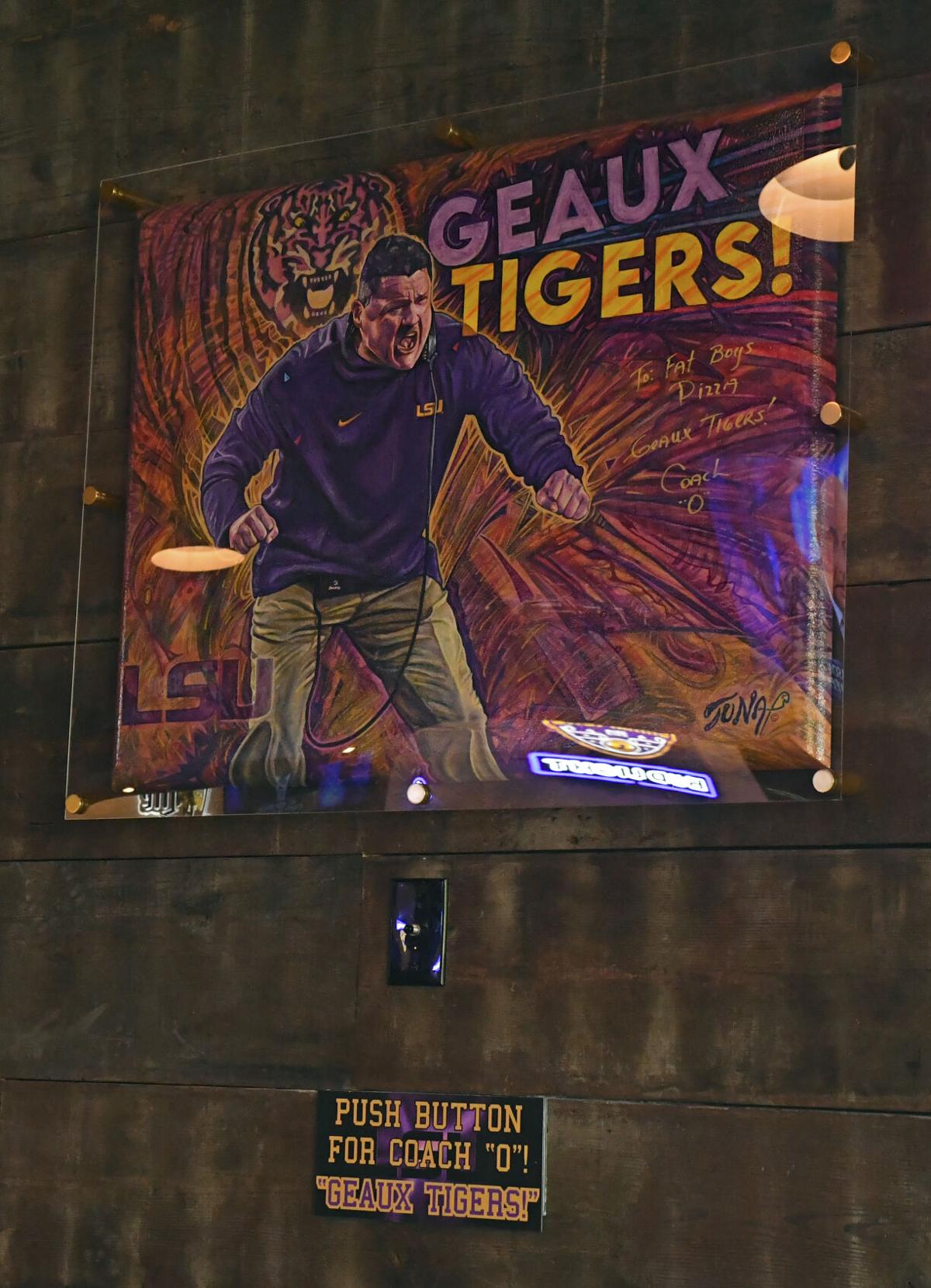 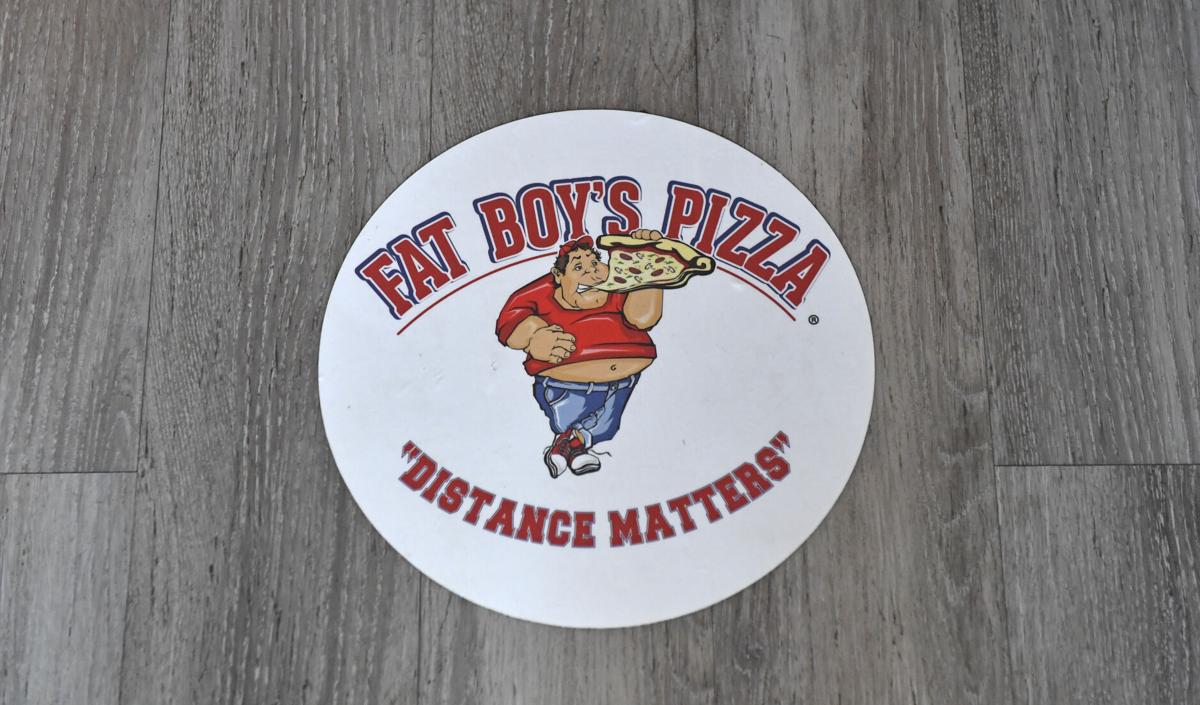 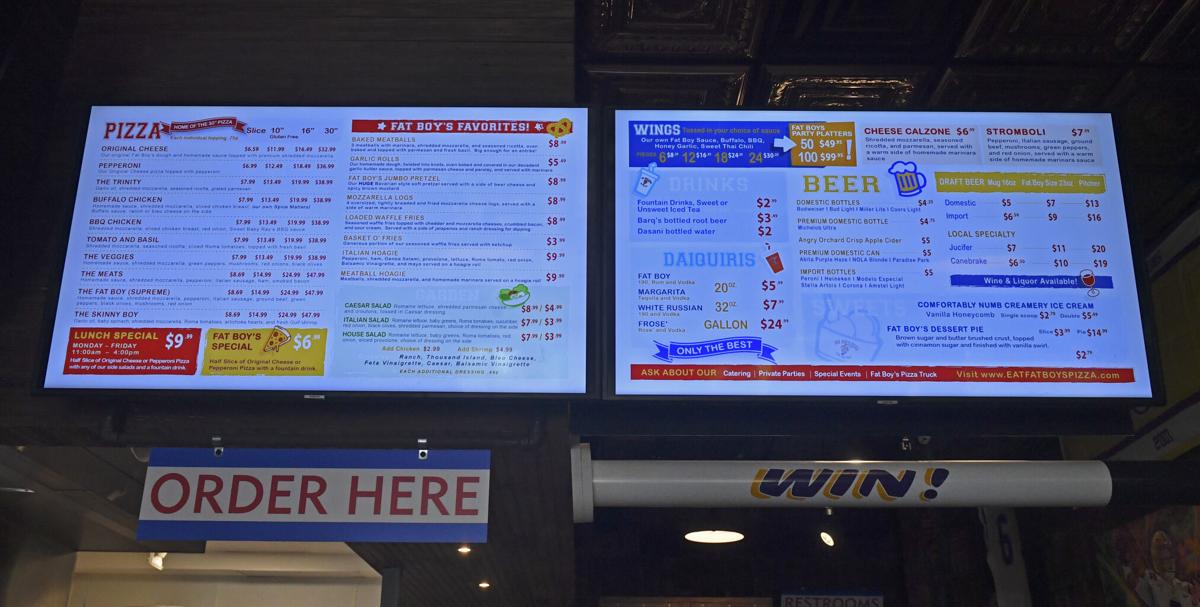 A pizza cutter glides through The Fat Boy, a 30-inch supreme pizza, at the new Fat Boy's Pizza on Nicholson.

Training manager Brad Maresma checks on a 30-inch supreme pizza, known as The Fat Boy, at the eatery's new location near LSU.

Fat Boy's Pizza offers 30-inch and 16-inch pies, as well as pizza by the slice, at its new location near Tiger Stadium.

Owner Gabe Corchiani shows off a 30-inch supreme pizza, known as The Fat Boy, at the eatery's new location on Nicholson Drive, across from Tiger Stadium.

"You can come in at any time and say, 'I want to try the 2-foot challenge,' " said owner Gabe Corchiani. "It's $20, and we make a 2-foot slice of pizza. It's either cheese or pepperoni, and we bring it out to you, and we put on 7 minutes and count it down. Everybody cheers you on."

If you eat the 2-foot slice in the allotted time, your name goes on the "2 Ft. Challenge" board near the entrance, and you get a Fat Boy's T-shirt and a $20 gift certificate.

Until recently, you'd have had to go to Metairie to take the challenge. Now the pizzeria, known for its 30-inch pies, has opened its new location on Nicholson Drive in the shadow of Tiger Stadium.

"We've had hundreds of people do it in Metairie, and this being a college campus, I'm sure we'll have a lot," Corchiani said. "They're always competitive to try to get on the board."

"Anyone can do it, but if you are able to beat Joey Chestnut's time, you get $2,500 cash," Corchiani said. "Nobody's really going to beat that, because he's a world-eater (champion). But we had an amateur who came in, and he did it in 2 minutes and 50 seconds."

Corchiani is planning to challenge Chestnut and other competitive eaters in Baton Rouge to see who can eat the most 2-foot slices in 10 minutes. But that will come later.

For now, the pizzeria's ovens are baking 30-inch pies, of which there are 10 varieties, with pepperoni and The Fat Boy being the most popular.

"The Fat Boy is our supreme," Corchiani said. "We also have 16-inch pizzas, and we actually have a gluten-free, 10-inch cauliflower crust pizza, so we try to cater to everybody. And then you can order by the slice. It's very large."

The idea for the super-large pizzas came from Corchiani's hometown, Miami. He said his wife, Karen, noticed a long line of people waiting to get into a small building, which was serving up giant pizzas.

"I did a lot more research on it, and I went in there a bunch of times," Corchiani said. "I'd never seen pies that big, and I thought it would be something really neat to bring back to Louisiana."

Corchiani said he had never worked in the restaurant business but had been in close contact with lots of eateries through his Metairie business, Lucky Coin Machines.

He talked to people in those restaurants, recruited them to work with him, then opened Fat Boy's Pizza in 2018 in Metairie.

The pizza dough is made fresh daily from an original recipe.

"We did a lot of research on it, and I talked with a gentleman with a restaurant in Miami that had been making pizzas since he was 12 years old," Corchiani said. "We created our own recipe. I didn't want to hold back on anything. I wanted the best ingredients and the best products."

Olive or Twist in Baton Rouge: It was once known as a bar, but here's a look at its new plan

Scott Gremillion stopped on his way into Olive or Twist: Bar + Kitchen to rearrange the tables and chairs out front.

Fat Boy's also makes its own sauce each day from bella rosa tomatoes from California. Bacio cheese from Boston is used for pizza toppings and other dishes, and ground beef, Italian sausage and pepperoni is purchased from an Italian family in Chicago.

"They ship the meats to us twice a week," Corchiani said. "Our meatballs come from them, too, and we even prepare our own garlic sauce."

The three ovens, some of the largest in the restaurant business, and can each bake two 30-inch pizzas at a time.

"And it usually takes only 8 to 9 minutes for the pizzas to cook," Corchiani said. "Our meatballs are also very good, and we have a big soft pretzel. We have a calzone, and stromboli is actually my favorite on the menu. It's cheese, pepperoni, ground meat, Italian sausage, peppers and onions, and it's wrapped up kind of like a burrito."

Fat Boy's also offers daiquiris made from original recipes, along with beer, wine and soft drinks.

The only drawback, Corchiani said, is that the location's 2,500 square feet is a little smaller than he would like.

"We're opening a third location in Covington in November, and it's 4,300 square feet," he said. "We're used to having more room, but we wanted this location."

And, this location, just across the road from Tiger Stadium, celebrates LSU. There's a replica of the team's "Win" bar (tapped for good luck before entering the stadium) over the counter and original paintings of LSU's Heisman Trophy-winning quarterback Joe Burrow and coach Ed Orgeron. Push the button beneath Coach O's picture and you'll hear his gravelly "Go Tigers."

The LSU marching band is cued up on the sound system for game days.

"We have a lot of good ideas for this football season, but, of course, this year is going to be different," Corchiani said. "We have some nice ideas for outside. We plan on having a big blow-up projection screen."

Fat Boy's also believes in giving back to the community, Corchiani said.

In April, the restaurant provided food for Our Lady of the Lake Regional Medical Center's frontline workers during the coronavirus lockdown, and last week sent a food truck to feed National Guardsmen aiding Hurricane Laura victims in Lafayette.

The restaurant also sent a truck filled with donated supplies for the victims.

Both the coronavirus and hurricane relief efforts where headed up by Corchiani's son, Michael, a student at LSU and member of Phi Kappa Psi fraternity, which partnered with Fat Boy's in the hurricane project. Corchiani's younger son, Nicholas, also attends LSU, and both sons work in the Baton Rouge store.

"We have a great staff here," Corchiani said. "Phil Ryan is our operating partner here."

And that's the man you want to see to try that "2 Ft. Challenge."

La Divina Italian Cafe is mixing up delightful gelatos and sorbet mimosas, paninis and lasagna and serving them up with artwork and live music.