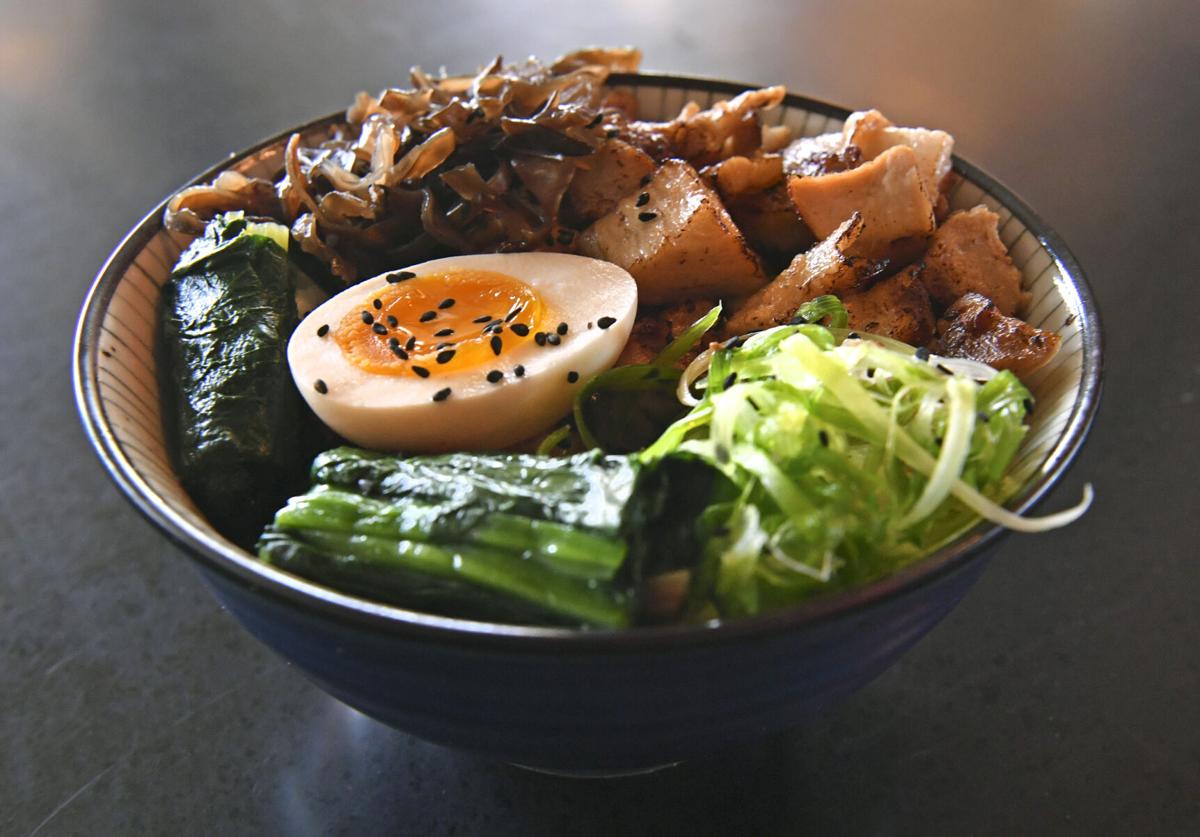 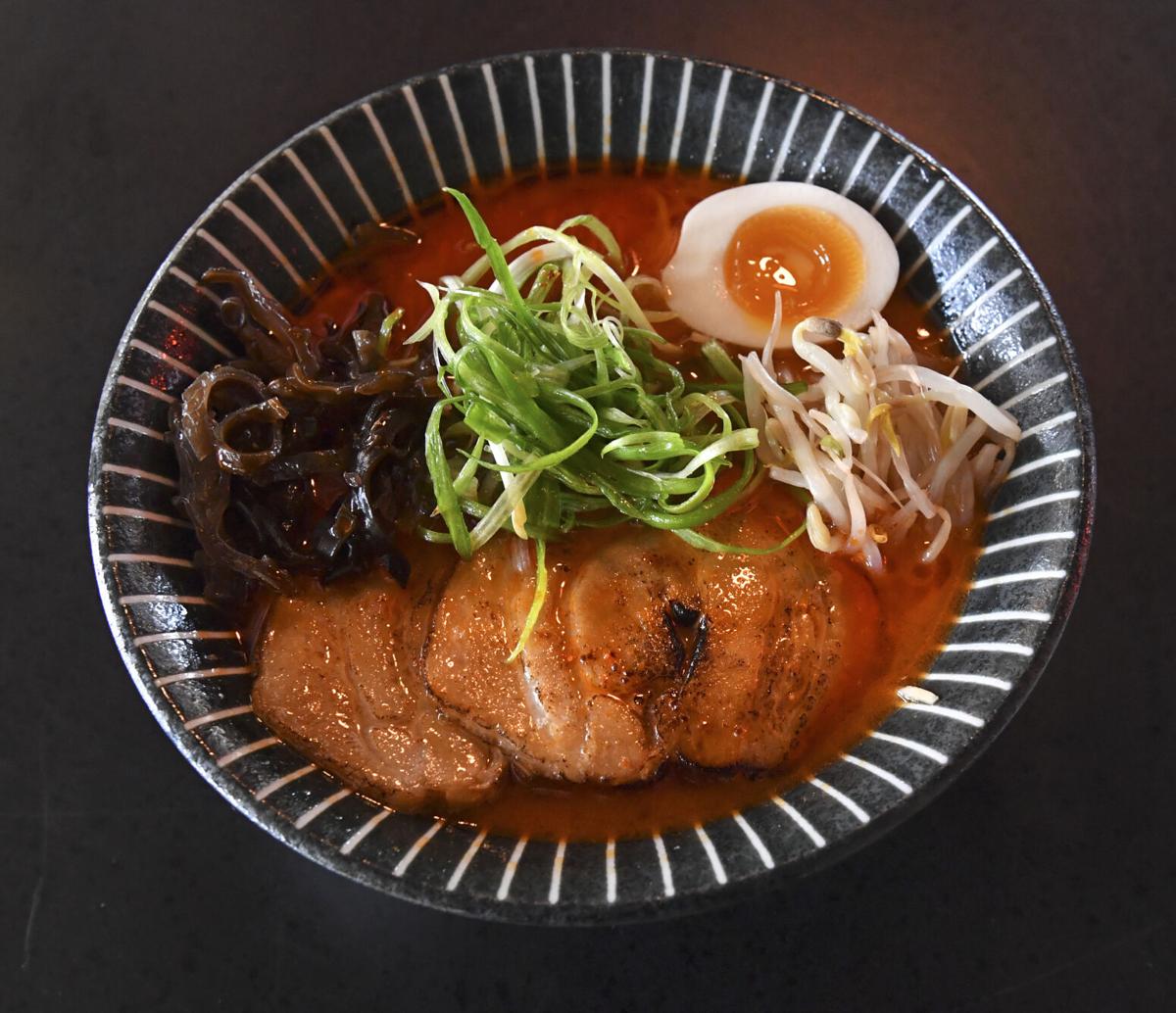 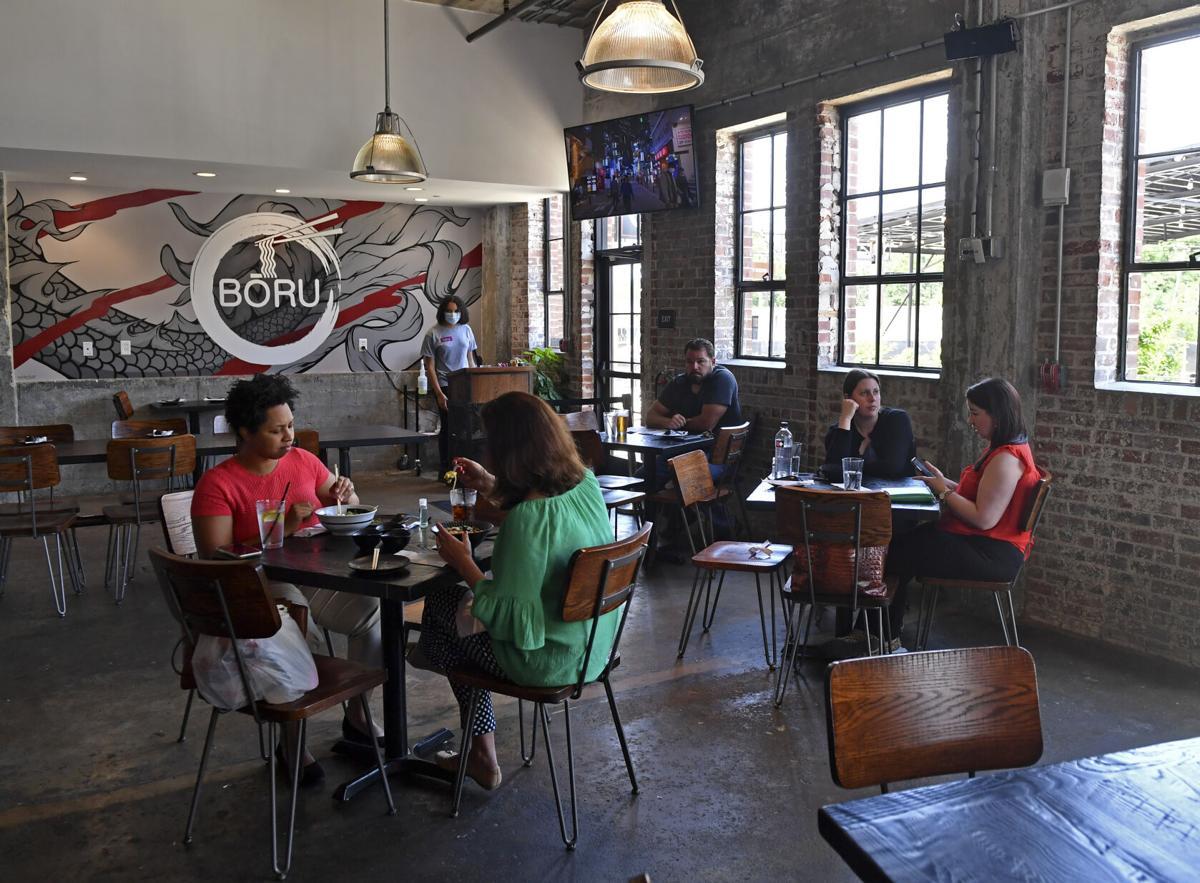 Diners looking for a little taste of Tokyo in Baton Rouge can find it at at Boru Ramen inside Electric Depot on Government Street. 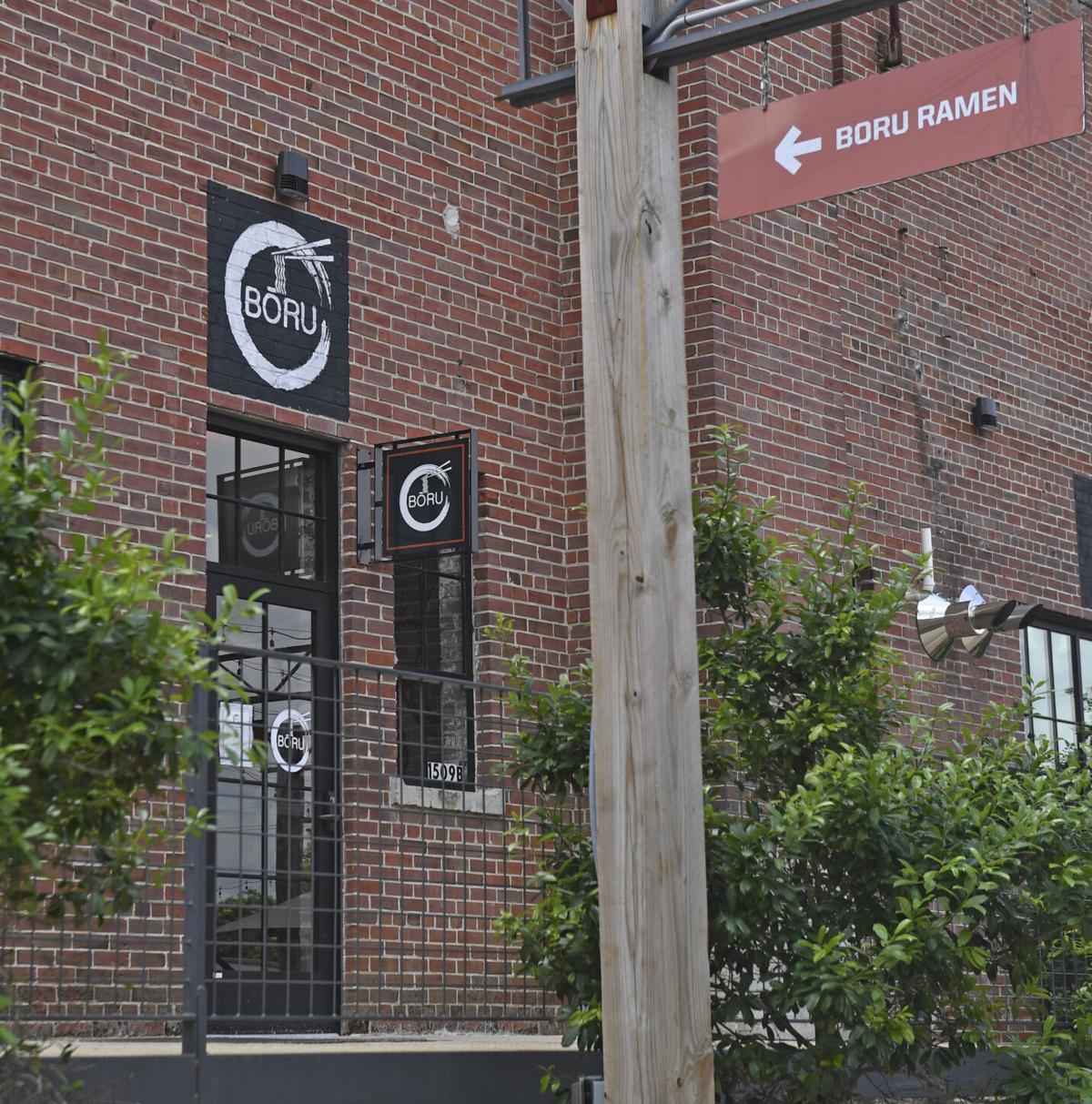 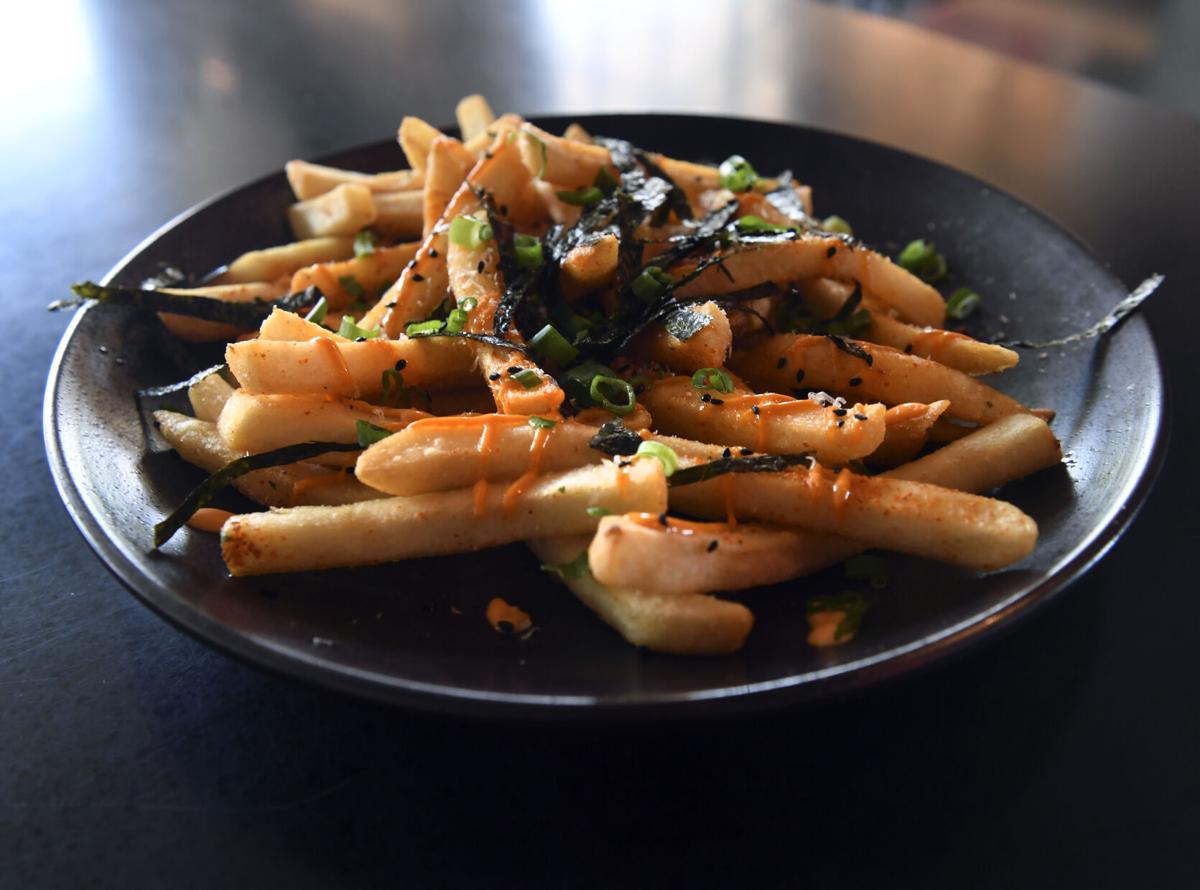 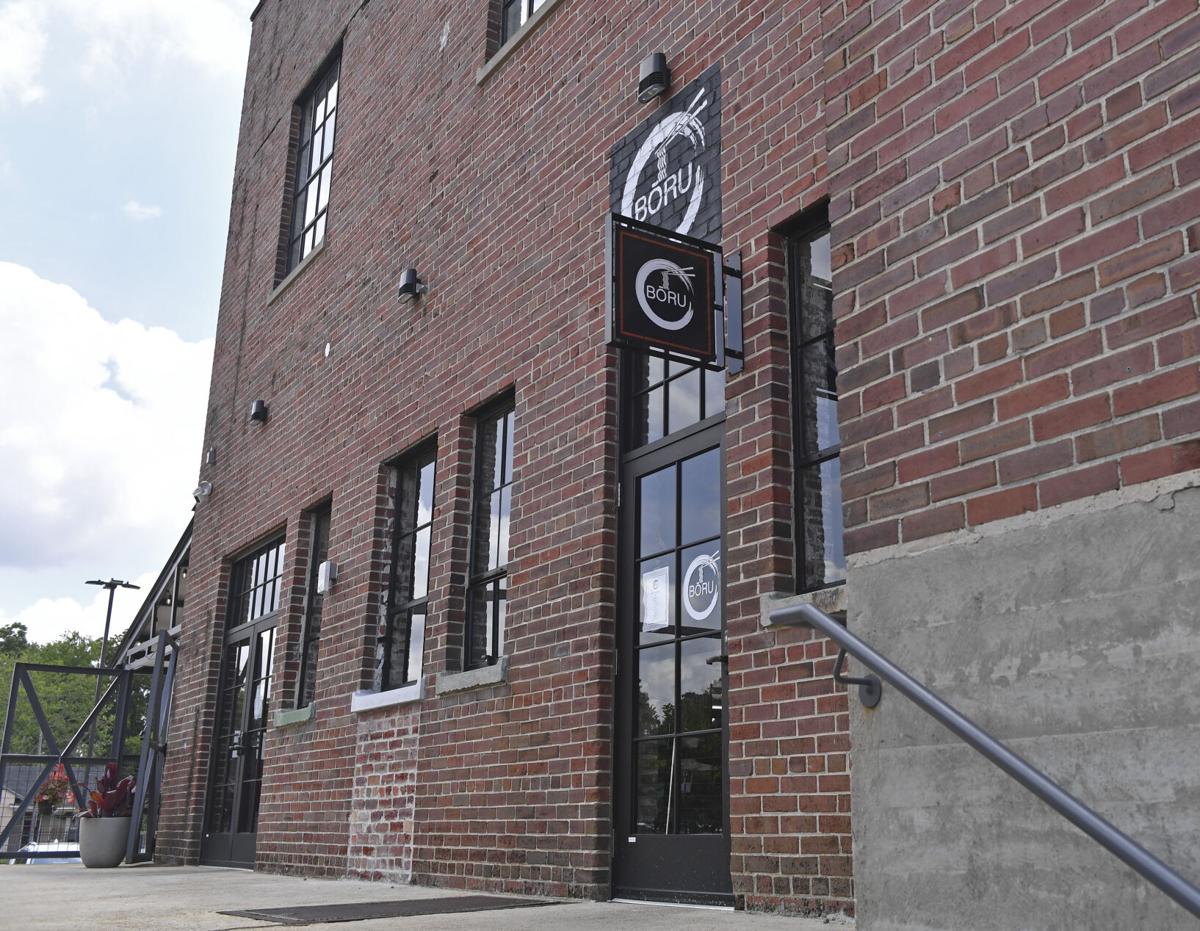 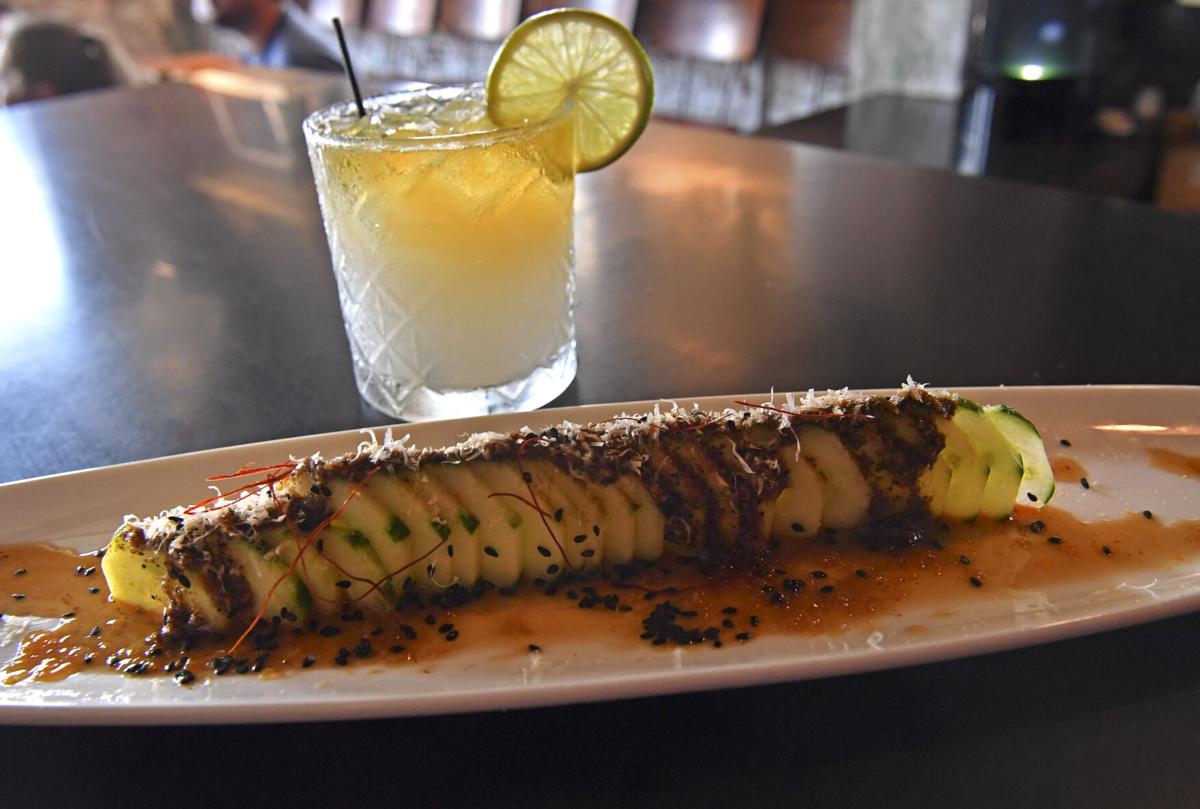 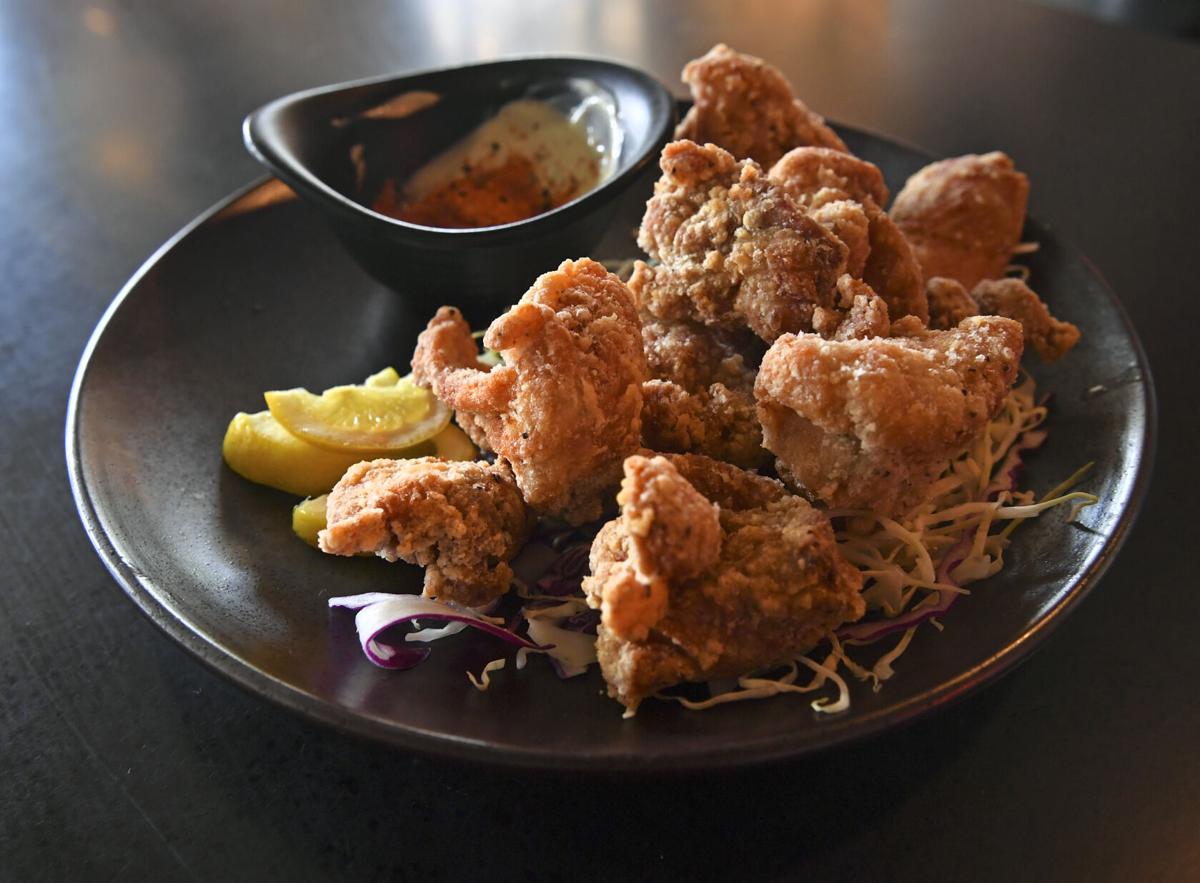 The Chicken Karaage appetizer at Boru Ramen is Japanese-style fried chicken marinated in a savory soy sauce and served with kewpie mayonnaise and togarasgi dipping sauce. 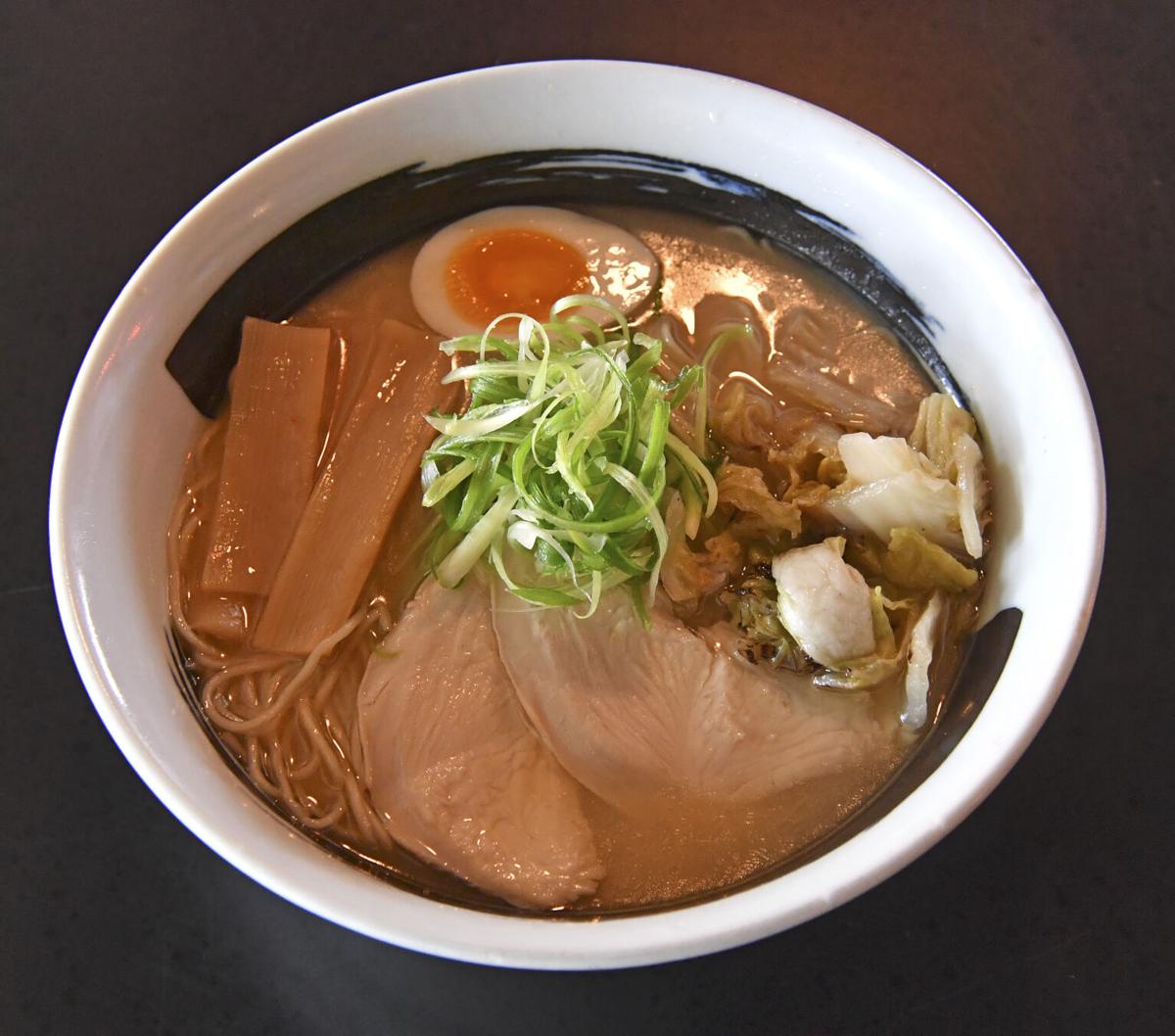 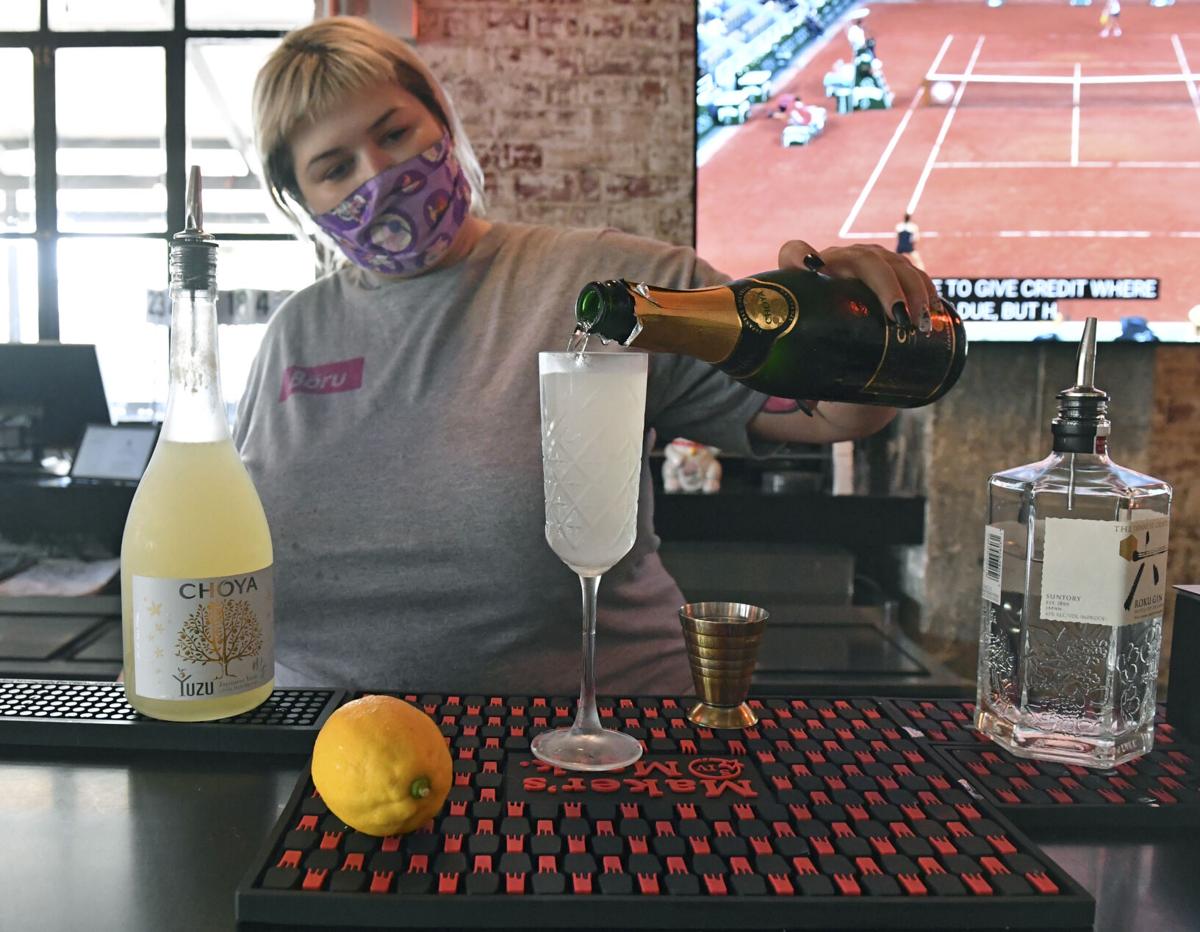 Bartender Halie Marie makes a Fizu, a Japanese take on the French 75, at Boru Ramen.

Diners looking for a little taste of Tokyo in Baton Rouge can find it at at Boru Ramen inside Electric Depot on Government Street.

The Chicken Karaage appetizer at Boru Ramen is Japanese-style fried chicken marinated in a savory soy sauce and served with kewpie mayonnaise and togarasgi dipping sauce.

Bartender Halie Marie makes a Fizu, a Japanese take on the French 75, at Boru Ramen.

Not all noodles are created equal, especially when it comes to ramen.

After visiting ramen restaurants in Tokyo and Hong Kong, then training with some of the top ramen chefs in Tokyo and Manhattan, Wong is a ramen expert.

And the first bit of advice he'll give you when entering his restaurant, the name of which translates to "ramen bowl," in Electric Depot, 1509 Government St., is to forget about those little crinkly packs of ramen noodles you lived on in college.

The noodles are made on-site, aged for 30 hours and come in different varieties determined by the broth with which they're served.

Wong and his staff make the noodles in the glass-walled Noodle Room in the center of the restaurant, giving customers a front-row seat to the show.

"Typically, 95% of the shops in the United States buy their noodles," Wong said. "I just wanted to go that extra step. I wanted people to see the quality that they're getting."

It doesn't stop with the noodles.

Everything that goes into Boru Ramen's dishes is made in-house in a process that can take several days.

"There are five main components of ramen, which are broth; oil; tare, which is translated as into sauce in English; toppings and noodles," Wong said. "And we just put a lot of care into each component. The whole process takes us three or four days just to make one bowl. Our noodles age for about a day through 30 hours. So it's a lot of labor and love that goes into this."

It all comes together in the variety of dishes on the menu.

Neither does the Chicken Paitan made with a chicken base with thin noodles topped with two chicken chashu, Napa cabbage, negi oil, menma and ajitama.

Tremaine Devine has no problem taking the heat in the kitchen. It was the Louisiana heat that took some getting used to.

The menu also includes such favorite appetizers as Shoyu Goma Kyuri, which tops a sliced cucumber with a shoyu sesame dressing, spice sesame oil and katsuobushi, or skipjack tuna.

Boru Ramen also stocks a full bar, but dessert is reserved for its sister business, Sweet Society, which is accessible through a hallway.

Wong originally planned to open Boru Ramen in March 2020, but had to scrap those plans because of the coronavirus.

"We opened it in October of this past year," Wong said. "We were trying to find a good time to do it, but there was just no perfect time. So yeah, we definitely took a chance. We had no labor, and we were still open at our other restaurant."

The other restaurant to which Wong refers is his parents' eatery, Ichiban Sushi Bar & Grill. Wong grew up working in the Essen Lane restaurant and was putting in hours there while trying to open his own place.

It's a family tradition.

Before Ichiban, in the 1980s, his dad opened Mandarin Seafood on the corner of Donmoor Avenue and Florida Boulevard.

"My dad was going to get out of the business, and he sold Mandarin Seafood in the early 2000s," Wong said. "Then he started getting antsy, so he opened Ichiban, and we were all sucked into the business. My parents tried to encourage us to go into another business."

A taste of home: Bergeron's City Market dishes up Louisiana favorites made with local ingredients

Sometimes chef Don Bergeron waits until the staff has left for the day before he begins cooking.

Wong apparently wasn't listening. He not only opened Boru Ramen but hopes to open other locations in the future.

His priority for now is getting the word out. His 3,500-square-foot space is in an ideal location within Electric Depot, yet it isn't highly visible from Government Street.

"It's just taking us a little longer to get going, because we are kind of set back away from the road," Wong said. "It's taking a little longer for us to catch up, but we're definitely getting the customers. This is something that was inspired by my travels. I just wanted to bring a little bit of Tokyo back to Baton Rouge, because ramen over there is at the next level."