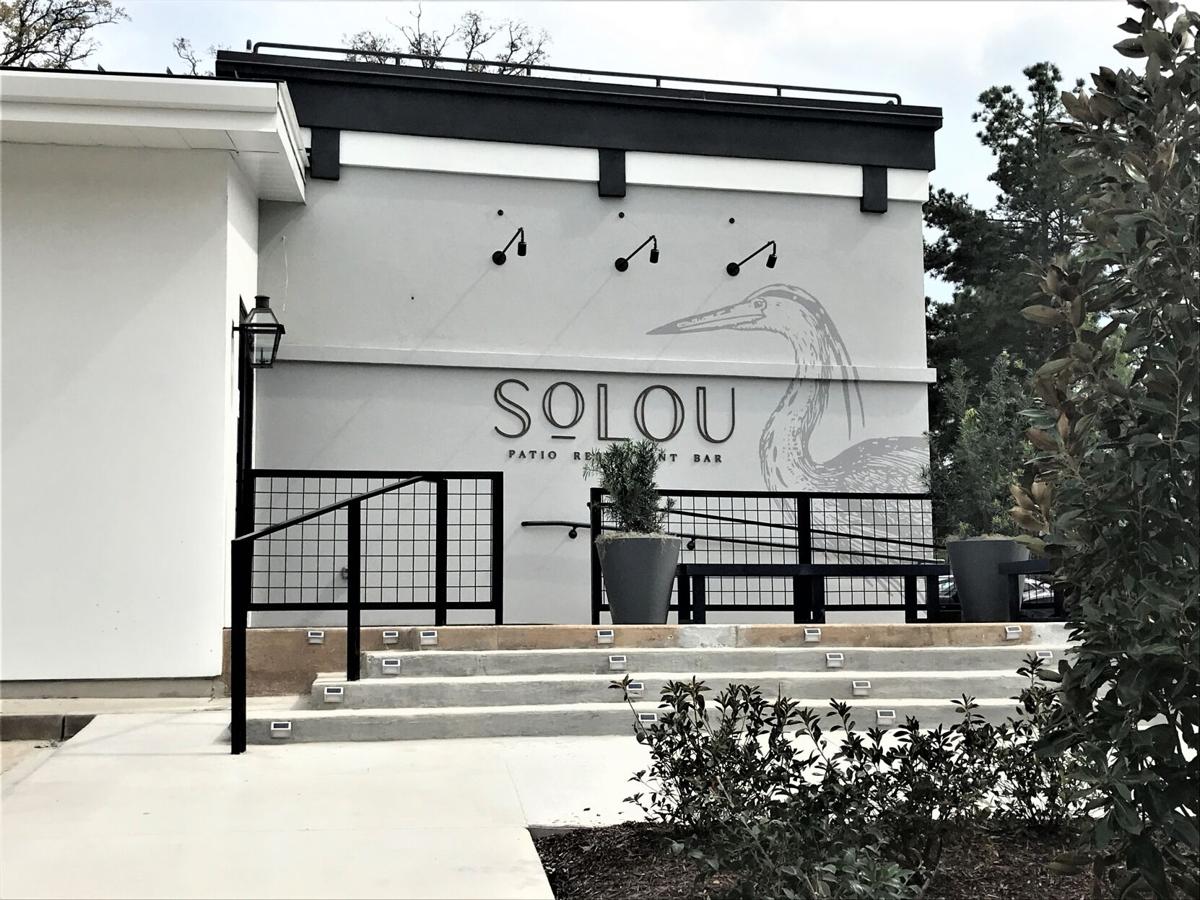 One of Baton Rouge's newest restaurants, SoLou, opened its doors this week at 7246 Perkins Road. 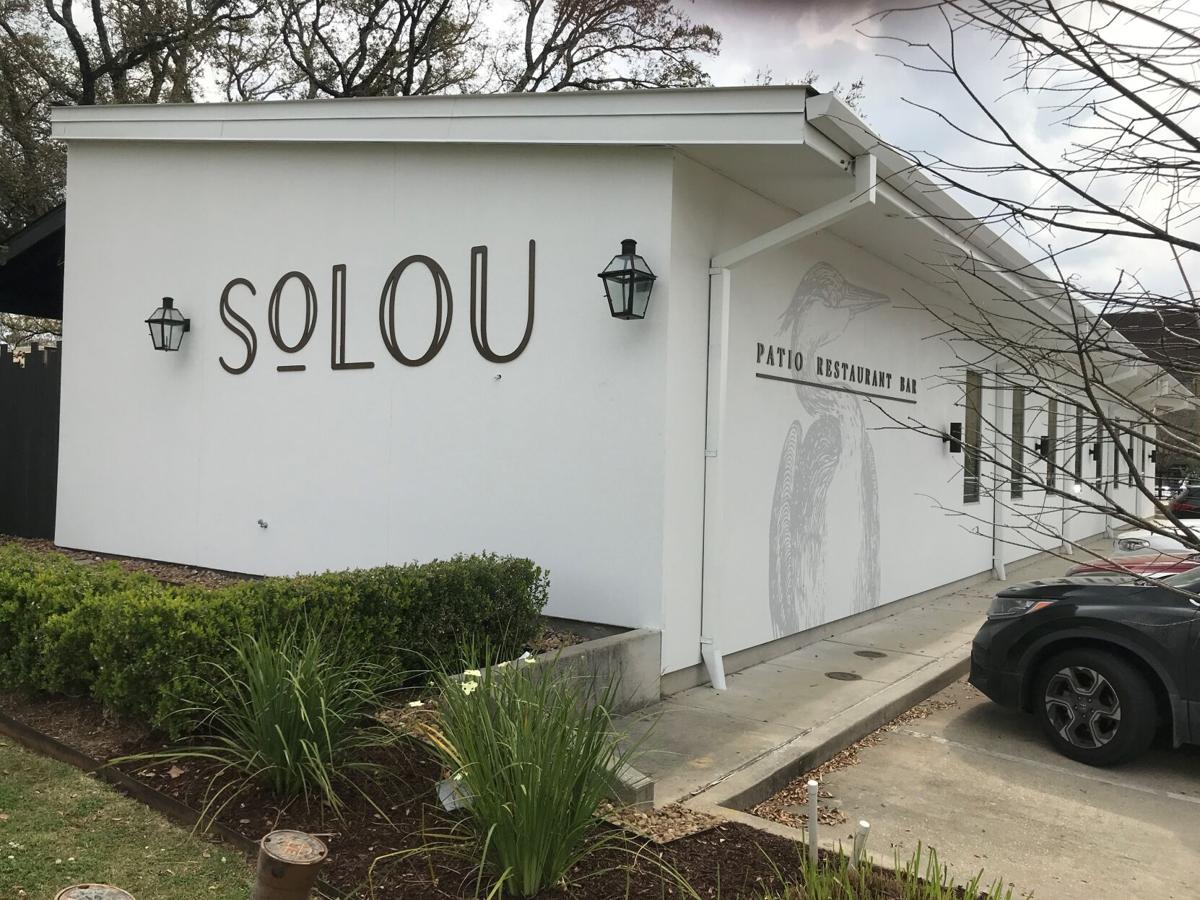 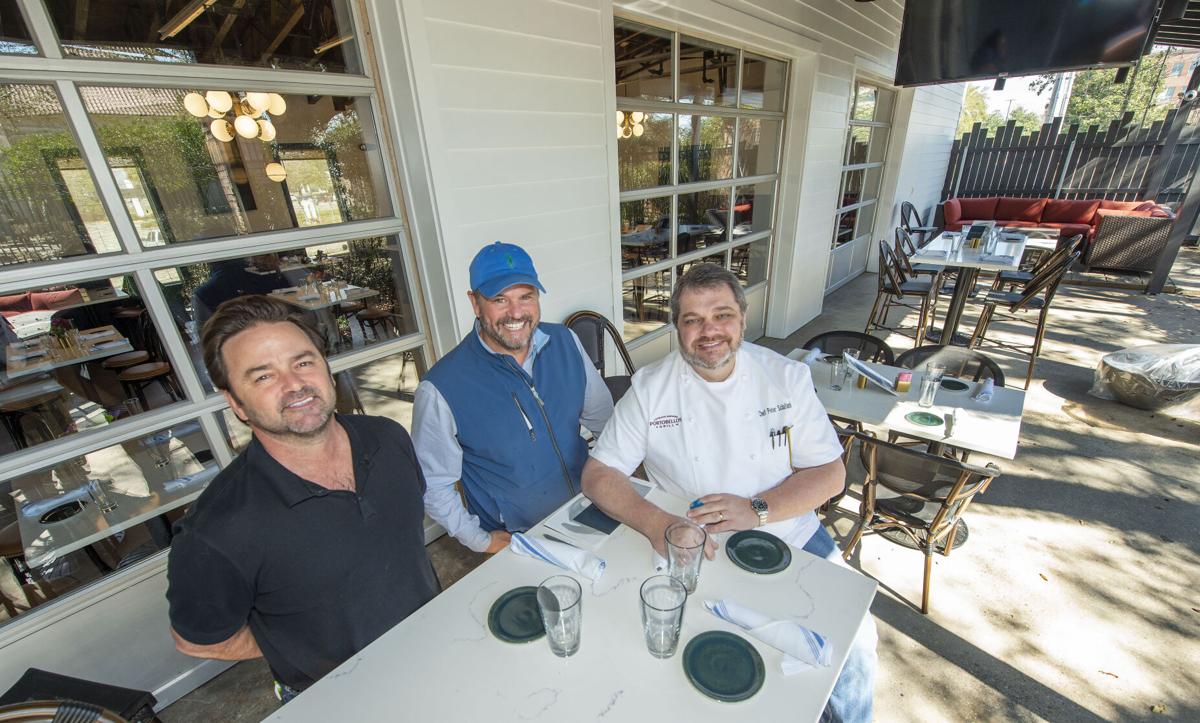 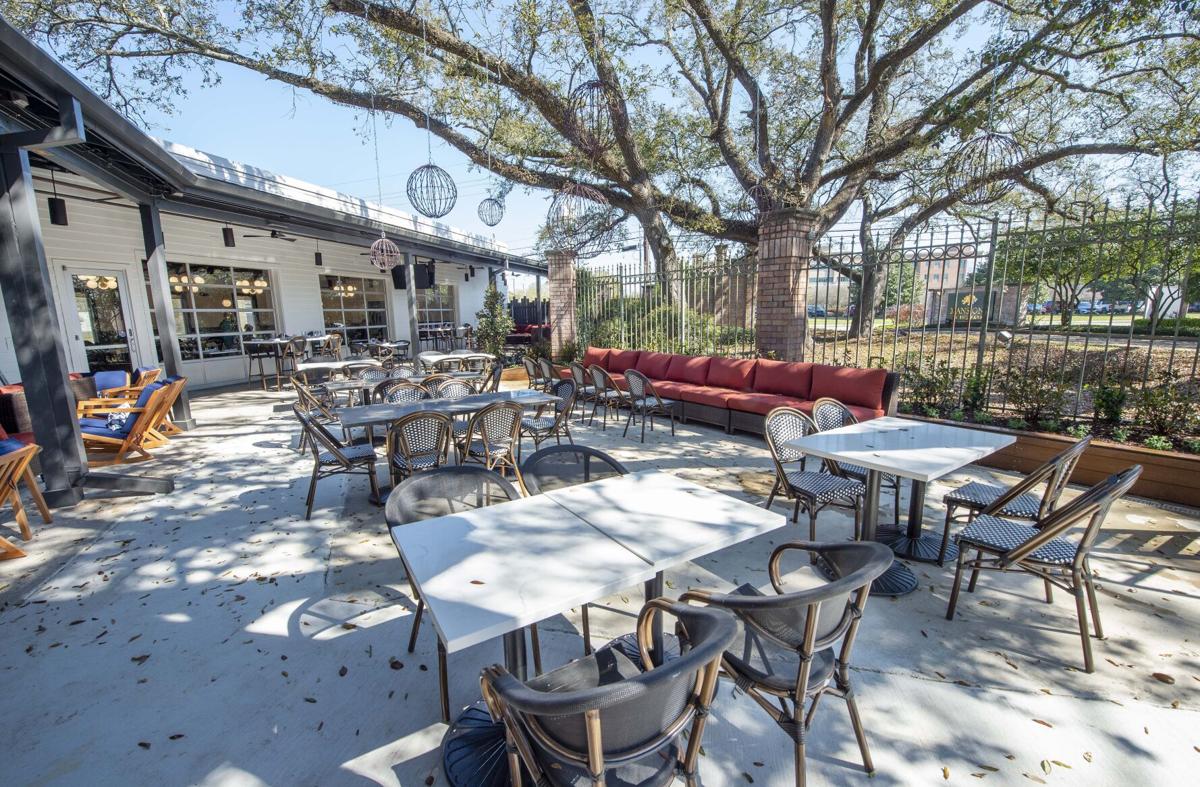 A sprawling oak tree anchors the patio courtyard of the new SoLou restaurant, which opened this week on Perkins Road. 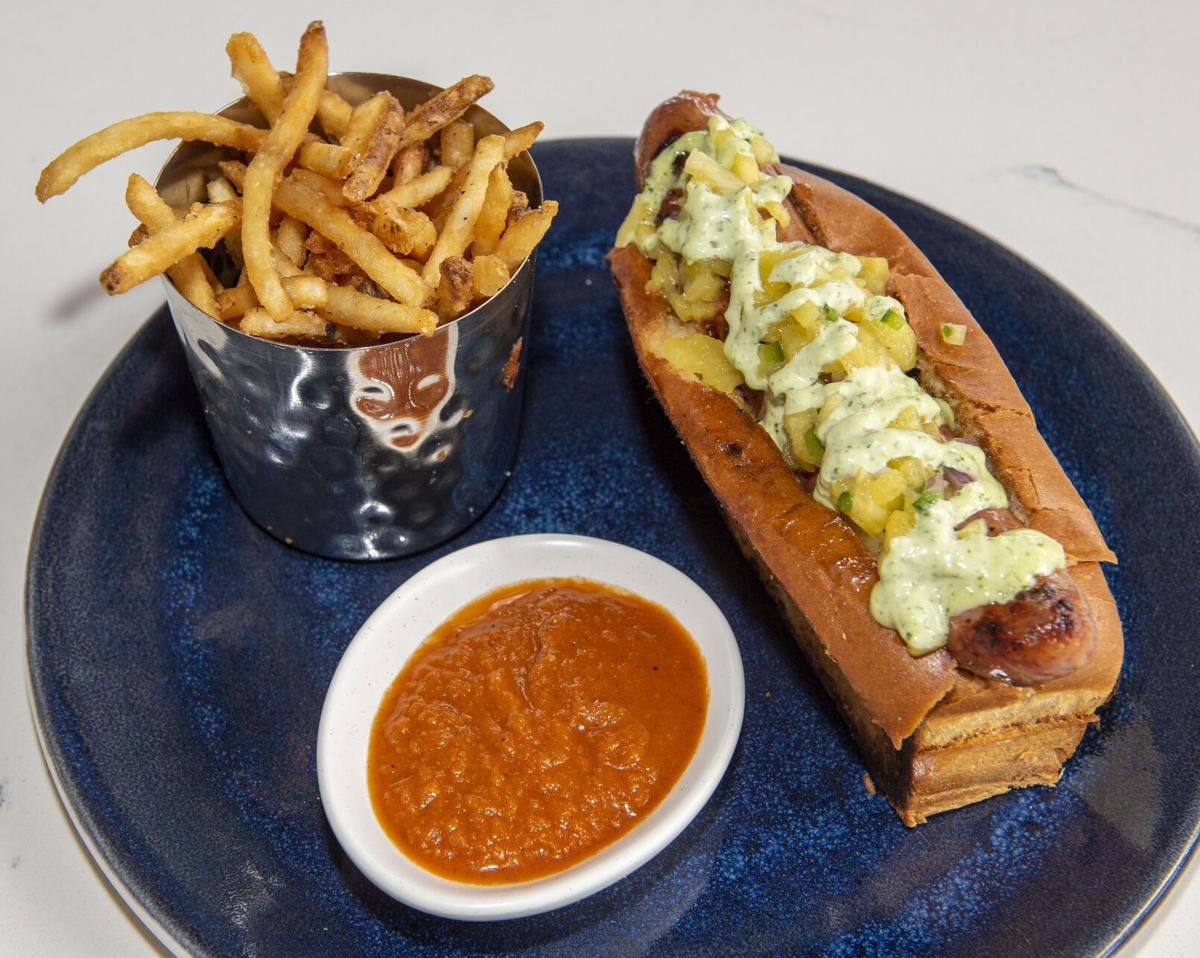 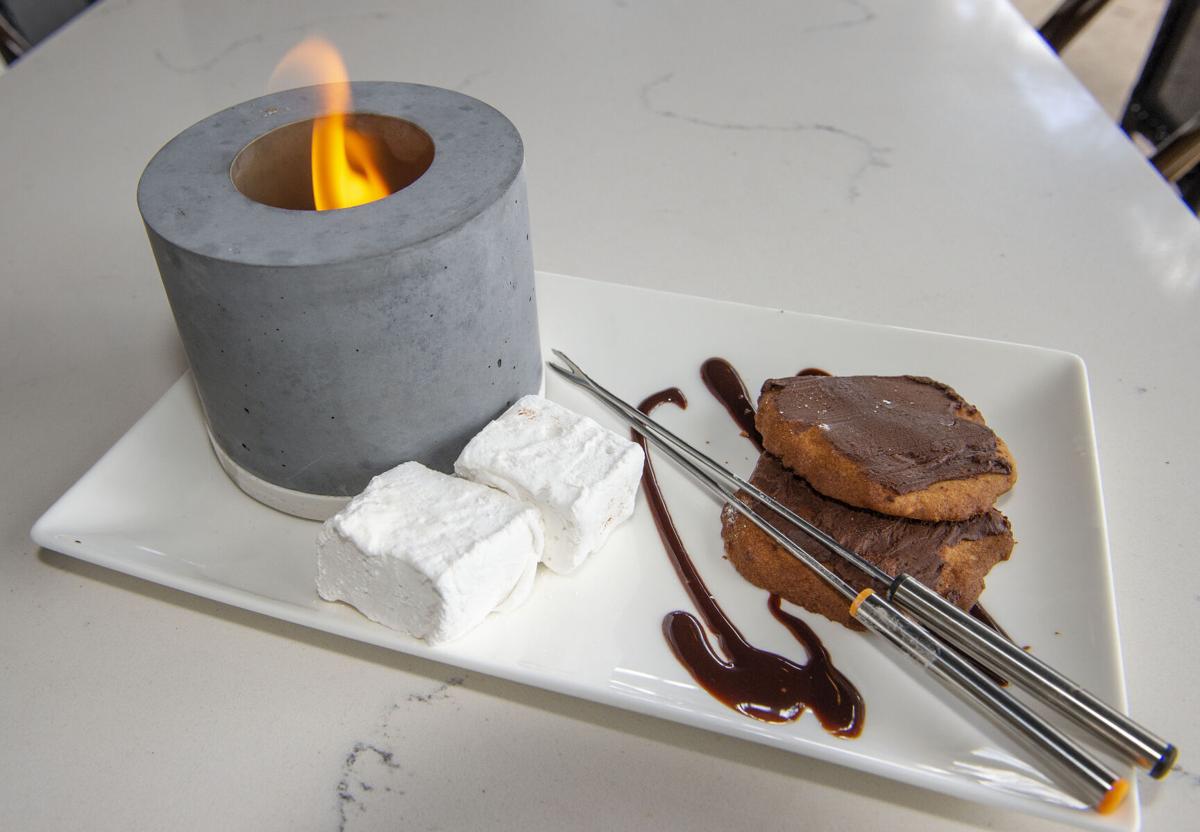 SoLou provides the chocolate-covered graham cracker cookie and marshmallows and you toast your own s'mores tableside.

With boudin made in house, SoLou's Boudin Quesadillas are stuffed with fontina cheese and topped with spicy horseradish cream.

One of Baton Rouge's newest restaurants, SoLou, opened its doors this week at 7246 Perkins Road.

A sprawling oak tree anchors the patio courtyard of the new SoLou restaurant, which opened this week on Perkins Road.

Long before SoLou's doors opened this week, Peter Sclafani asked his partners and crew to give their ideas of comfort food.

But not just any comfort food.

"We were looking at the kinds of comfort food that we eat in Louisiana," he said. "I wrote the definitions on sticky notes and posted them on a wall as we talked."

The ideas coalesced into a concept of comfort food with a twist, then Sclafani and partners Kiva Guidroz and Michael Boudreaux built their new restaurant around it.

SoLou, short for South Louisiana, occupies the building that once housed the Rum House at 7246 Perkins Road.

New restaurants coming to the Baton Rouge area in 2021: 'We need to be hopeful for the future.'

For example, instead of boudin balls, boudin quesadillas are on the menu.

"Boudin balls are Louisiana's comfort food. People like it, they eat it and it feels good. But we wanted to do something different, so instead of serving boudin balls, we put boudin in a tortilla with some fontina cheese, grilled it and added a little horseradish sauce on it," Sclafani said. "It might look a little different, but you eat it and you get that comfort."

Then there's the grilled cheese sandwich, done the SoLou way with fontina cheese, brie and a candied bacon jam.

"You get that it's a grilled cheese sandwich, but it's got just a little twist that hopefully makes you think of Louisiana," Sclafani said. "And we're using local products as much as possible."

Sclafani said part of the comfort also is found in how people will dine at the restaurant, which includes a large, oak-shaded patio.

Chef Peter Sclafani has purchased a 50% stake in the three Portobello’s Grill locations and P-Beau’s in Denham Springs.

"I think that most of our food is intended to be shared," Sclafani said. "Our starters aren't traditional appetizers. We call them sharables. That's the feeling I get on our patio. It's not about eating that one course, it's about a couple of things on the table, and everybody trying a little bit."

Because of its social atmosphere, Sclafani feels the restaurant will appeal to younger diners and women. For advice, he turned to his daughter, Katherine, to test the menu he and executive chef Jordan Fulbright developed.

"Katherine's not in the restaurant business, but she grew up in a restaurant family, so she really gets it," Sclafani said. "She would say, 'Come on Dad, that's something old guys eat. These are things me and my friends like to eat.' She helped me to think differently, and it's been so refreshing and fun to try food that's different."

So, what made the cut?

Boudreaux points to the SoLou Burger, which is spiced with the restaurant's bacon jam. He also recommends the alligator hot dog, an alligator sausage topped with pineapple relish, red onion and jalapeño salsa on a grill-seared brioche bun.

"The combination is unbelievable," Boudreaux said.

Then there's the Zydeco Cauliflower, a dish of fried cauliflower and sweet and spicy Thai chili sauce.

"A lot of people do dishes like this with shrimp," Sclafani said. "My daughter said, 'Dad we need more vegetable things. You need to lighten it up just a little bit.' So we used cauliflower, which has a texture that's similar to shrimp. I had actually moved it down to the bottom of the list, but when my daughter and her friends came in and loved it, I moved it closer to the top."

Topping the dessert menu is Tableside S'mores, made over a mini concrete fire pit brought to the table.

"We make a graham cracker cookie with chocolate melted on the top," Sclafani said. "So you get this homemade cookie, you get the marshmallows. What's more comforting than s'mores? But it's with a twist, because you're going to actually toast them, yourself."

SoLou has 16 beers by local microbrewers on tap, and cocktails created especially for the restaurant — all bearing Louisiana-theme names. Some 26 wines will be sold by the glass or bottle.

The restaurant is the fifth in the partnership of Sclafani and Guidroz, which includes Portobello's, and the sixth for Sclafani. Boudreaux also is managing partner in the Juban's Restaurant Group.

"We wanted this to be a group effort," Sclafani said. "We are lucky to have all of our managers and chefs. We all share the same culture and core values."

Those values are summed up simply.

"Everyday when my wife and I would drop our children off to school, we would tell them to be sure to make someone's day," Sclafani said. "That simple statement has become the mission in our company. Whether it's a guest, a co-worker or a vendor, we want to do something to make your day."

After Ruffin Rodrigue's death, his Baton Rouge restaurant is working to 'celebrate life'

Ruffino's Italian Restaurant is a celebration of late owner Ruffin Rodrigue's life and those who knew him.