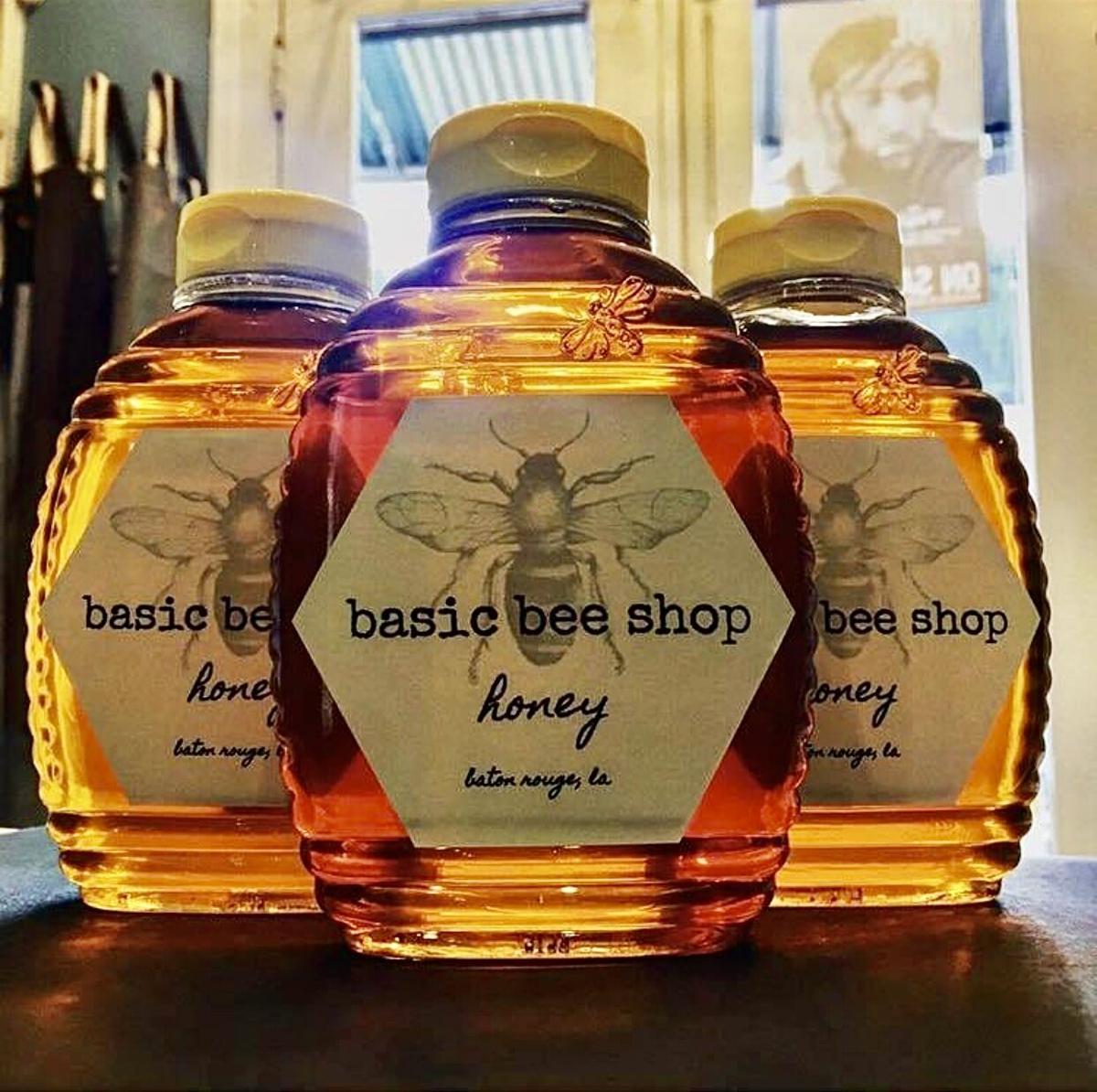 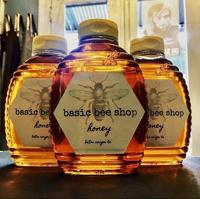 'I call it river honey,' says Basic Bee Shop owner Annie Laurie Thompson because the hives are located on the Amite River. 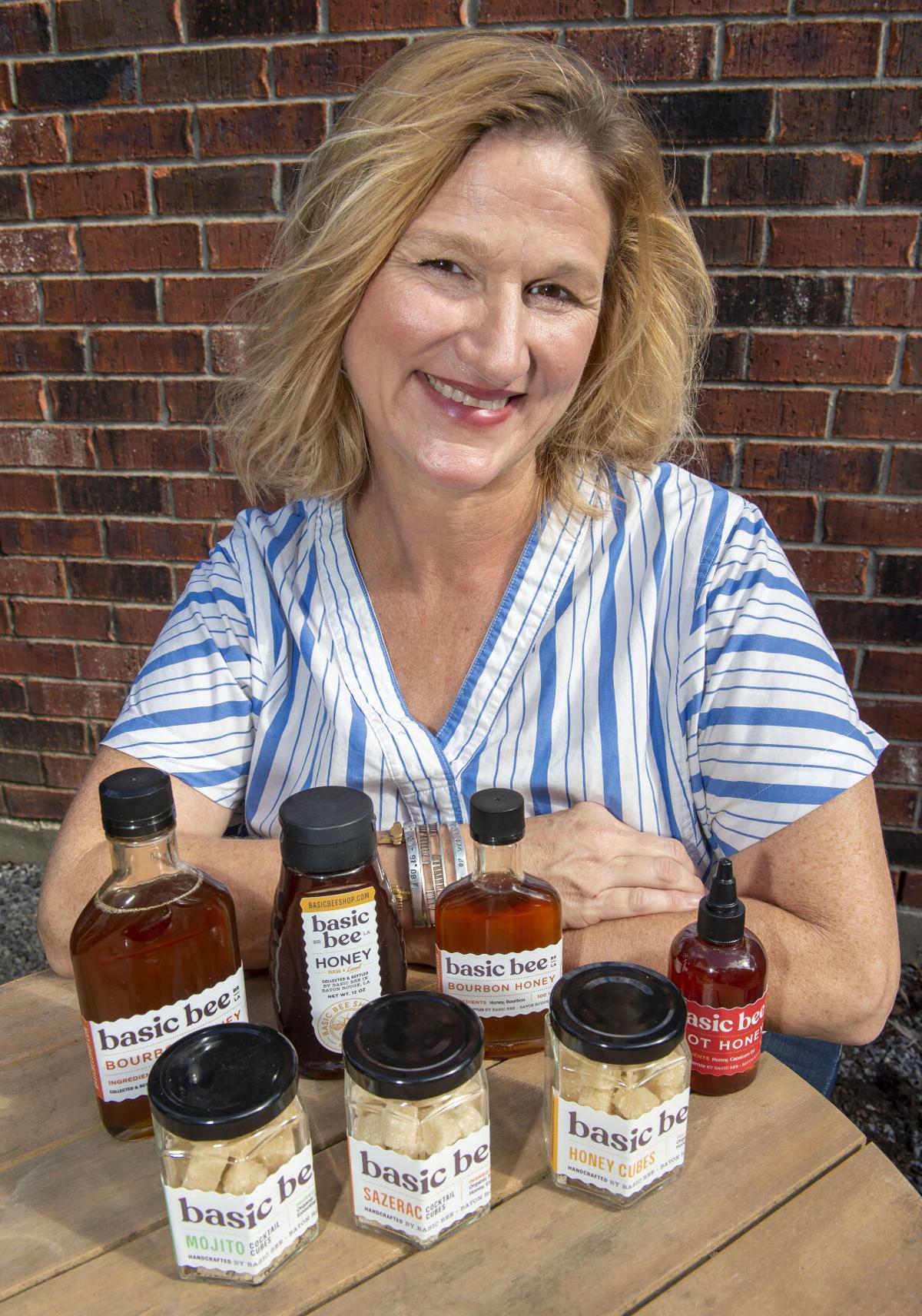 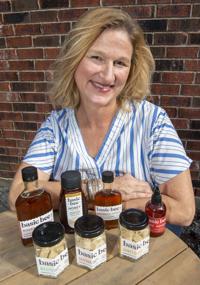 Annie Laurie Thompson started her own brand of honey, Basic Bee Shop, after she found a hive at her home upon returning from a month-long vacation. 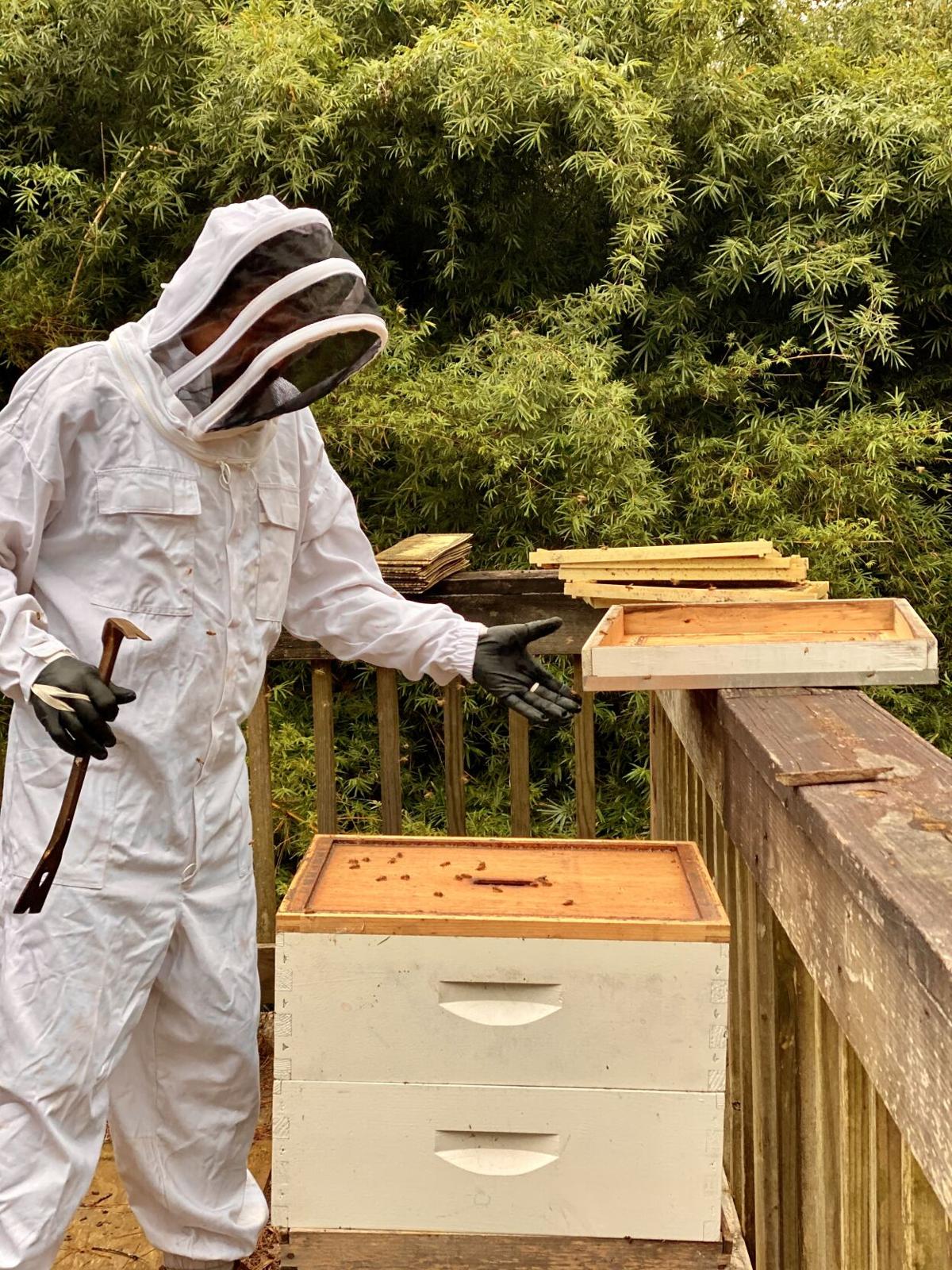 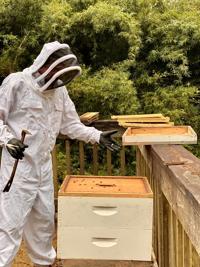 Honey will be extracted from the frames Tommy Thompson is removing from the Basic Bee Shop's hives. 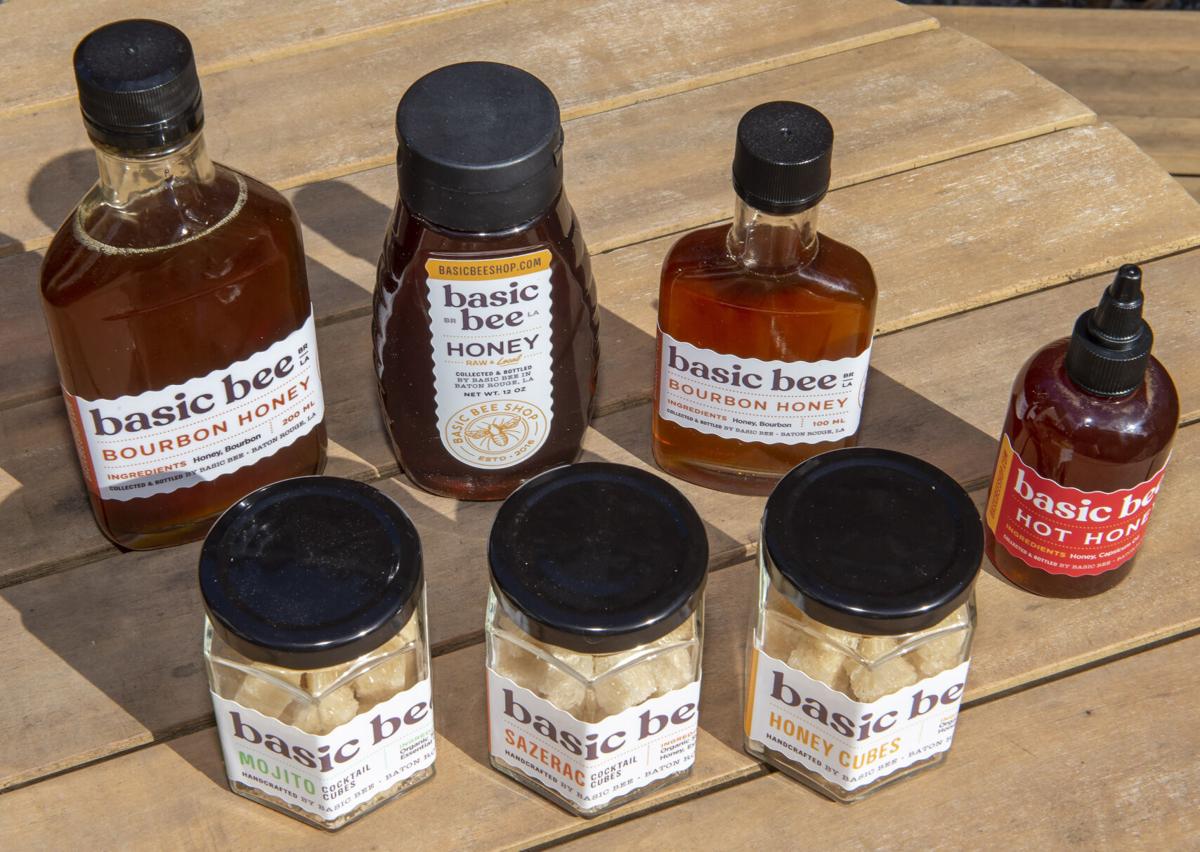 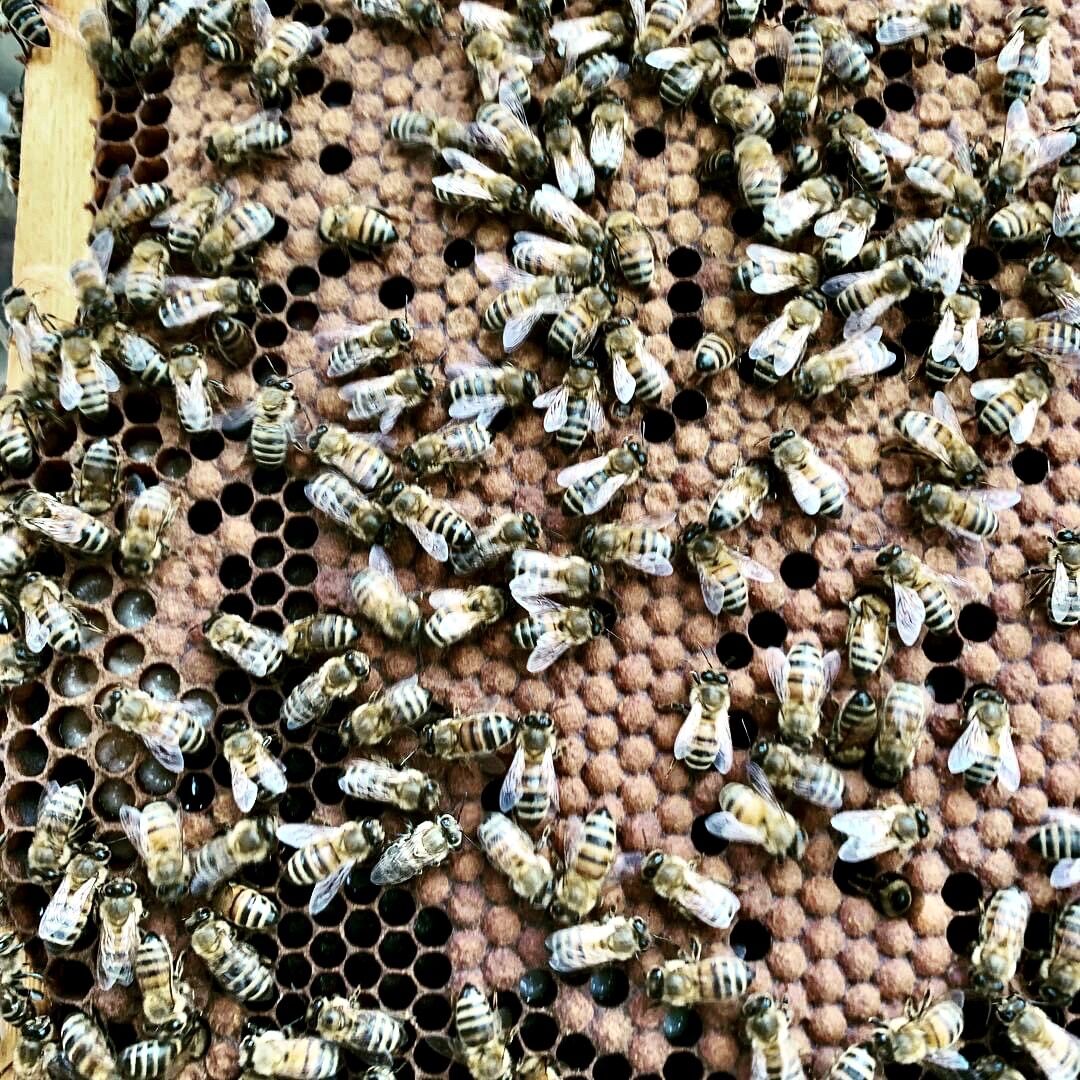 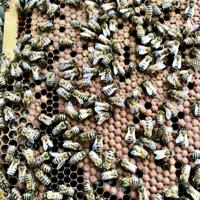 Thousands and thousands of bees are needed to produce Basic Bee Shop's products. 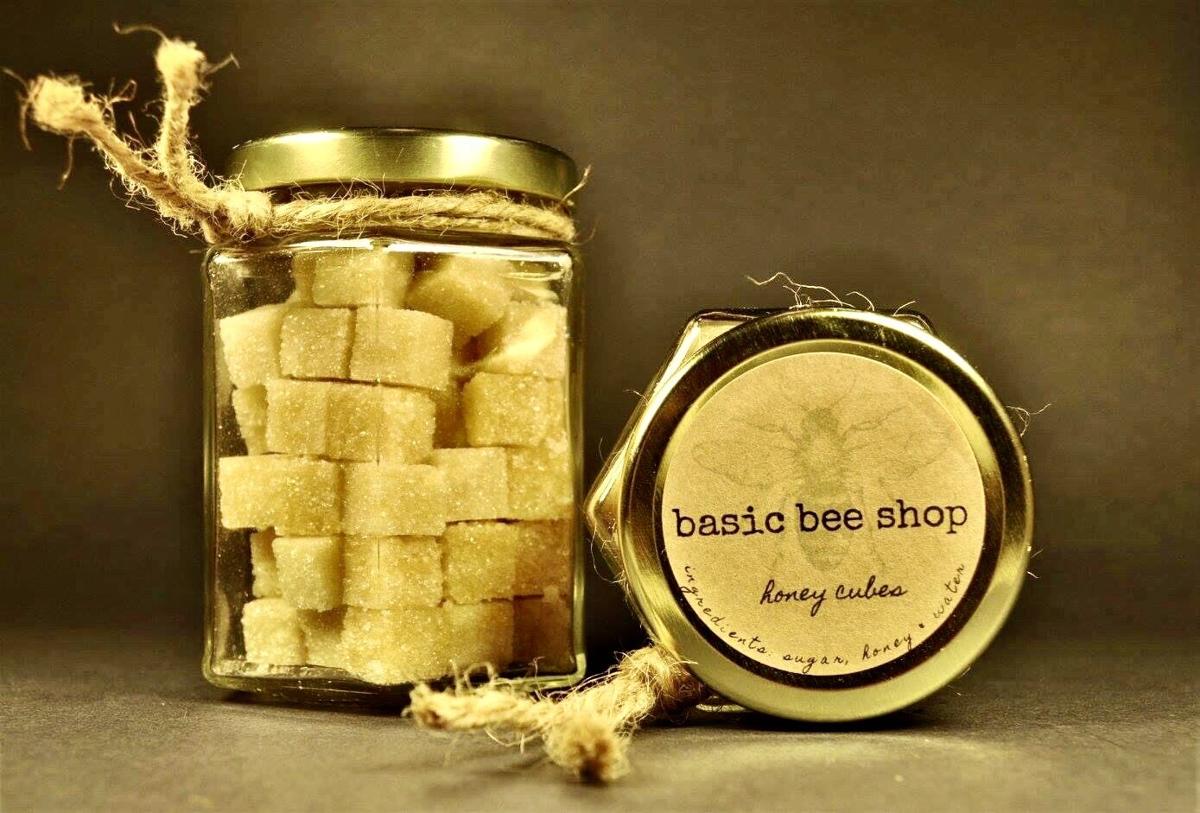 Honey cubes are one of the products offered by Annie Laurie Thompson's Basic Bee Shop. 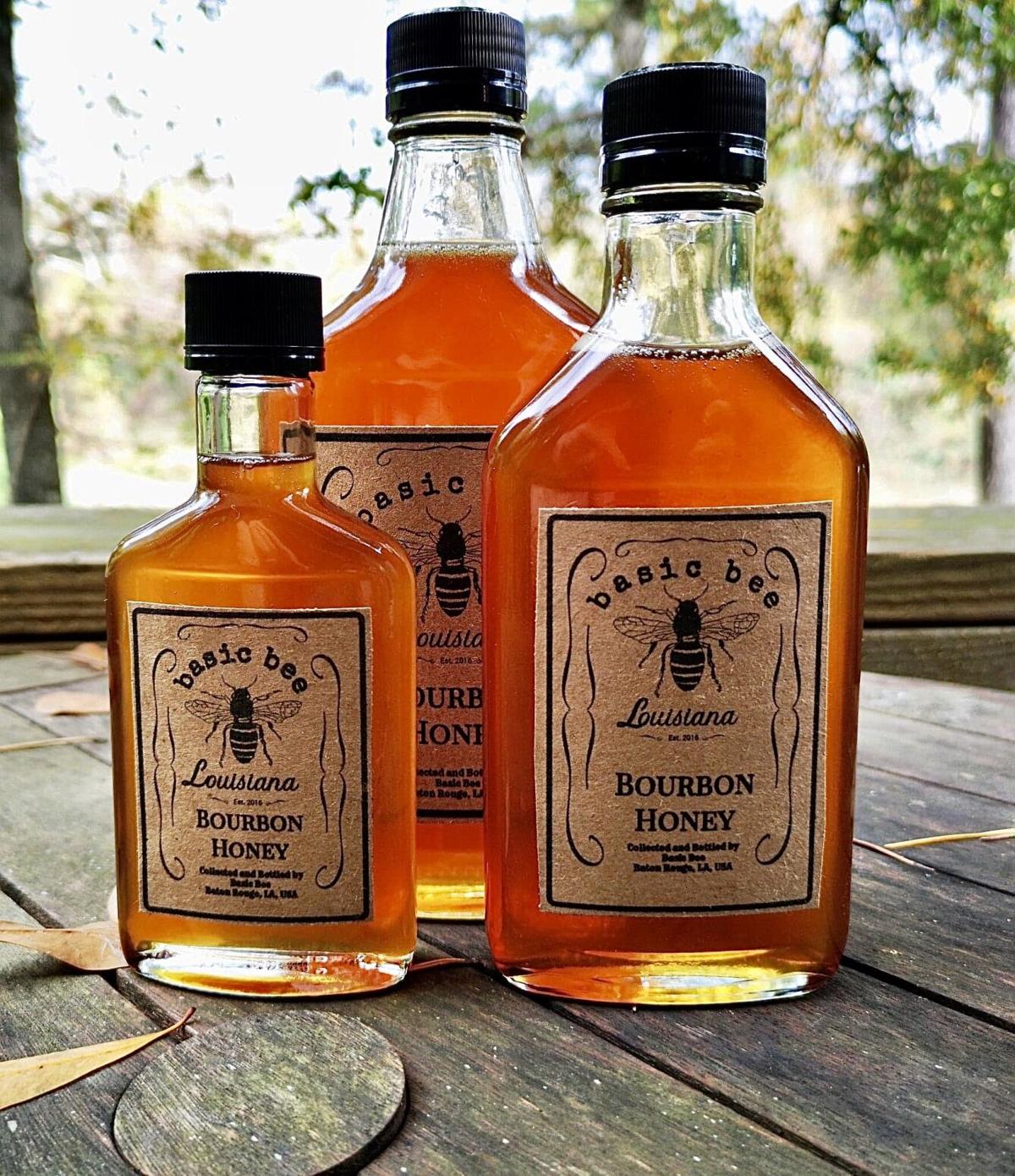 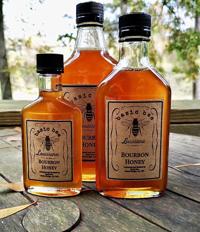 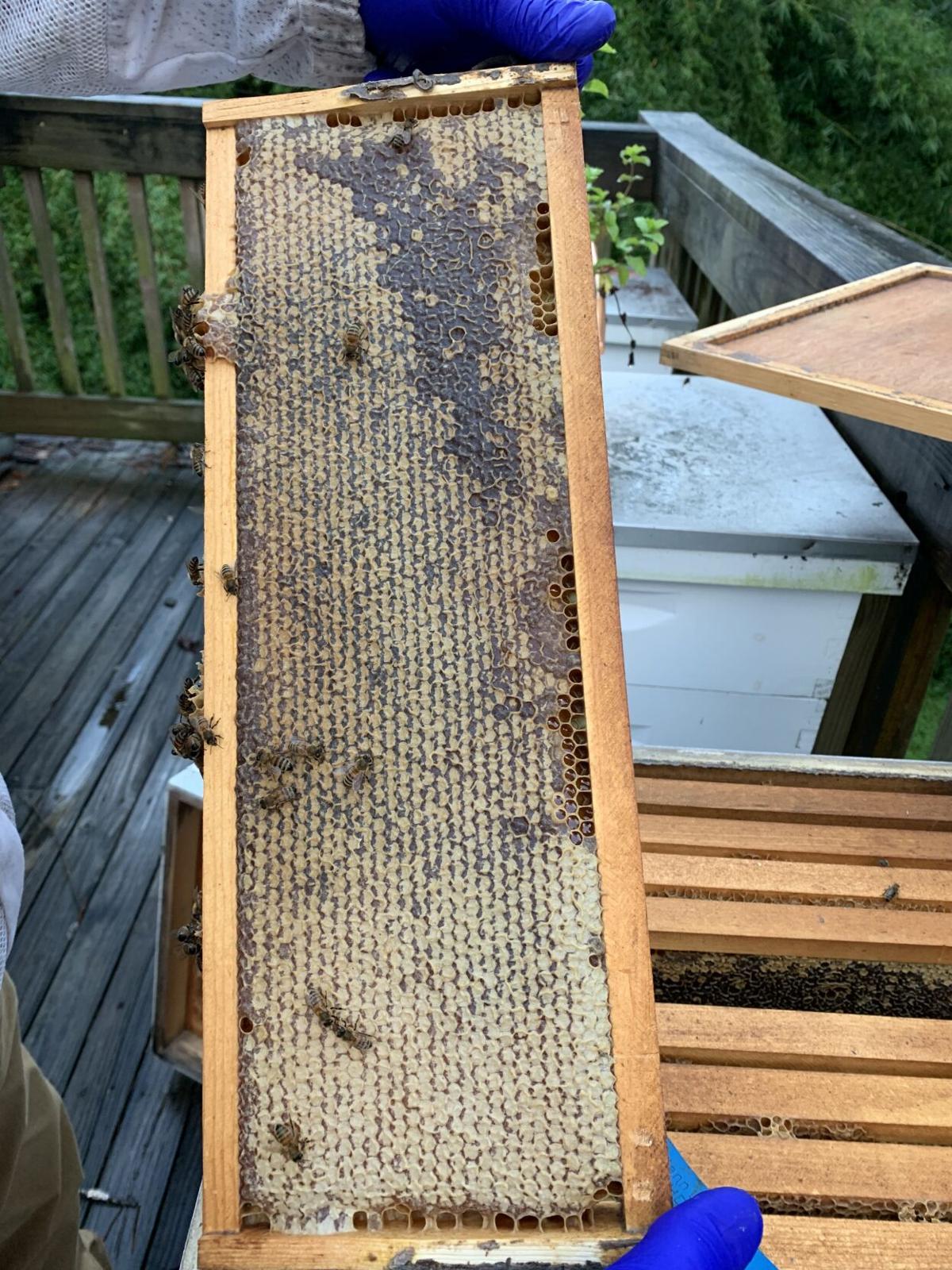 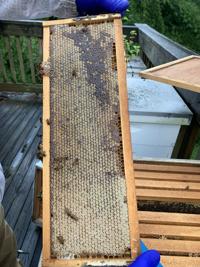 Honey gets extracted from frames sealed in beeswax inside the Basic Bee Shop's hives.

'I call it river honey,' says Basic Bee Shop owner Annie Laurie Thompson because the hives are located on the Amite River.

Annie Laurie Thompson started her own brand of honey, Basic Bee Shop, after she found a hive at her home upon returning from a month-long vacation.

Honey will be extracted from the frames Tommy Thompson is removing from the Basic Bee Shop's hives.

Thousands and thousands of bees are needed to produce Basic Bee Shop's products.

Honey cubes are one of the products offered by Annie Laurie Thompson's Basic Bee Shop.

Honey gets extracted from frames sealed in beeswax inside the Basic Bee Shop's hives.

When life gave Annie Laurie Thompson a beehive, she turned it into a business.

It all started when Thompson and her husband, Tommy, returned from a month-long vacation to find a hive under their Amite River home.

Instead of getting rid of it, the exterminator sold Thompson on the advantages of beekeeping.

After learning the ins and outs of the craft, she began extracting honey from the hive, so much that she was giving it away to family, friends and anyone who would take it.

Everyone loved it, and that spurred Thompson to take the next step: She opened Basic Bee Shop, which isn't a storefront but the name of her raw honey.

"I call it river honey," Thompson said. "Our house is on the river near White Oak Landing, and it's the perfect location for beekeeping. To be honest, our honey is better than a lot of other local honeys because it has pretty much every indigenous plant in Baton Rouge within a 50-mile radius."

The honey is flavored by the local nectar and pollen collected by the bees, and though the Thompsons are moving into a new home in Baton Rouge, they're leaving their hives in place along the river.

"The location of our house is prone to flooding, and it's actually being torn down," Thompson said. "But it stands 11 feet off the ground, and we're going to leave the deck and just keep the bees. Where we're moving into the city, I just don't think honey would be the same. It's just not the same quality. I call it city honey. The river honey, it just has literally everything."

It hasn't been all smooth sailing lately. What Mother Nature gives, she sometimes takes away. Hurricane Delta wiped out three of Thompson's four hives. Although she's been able to extract enough honey from the remaining hive to sustain her products, now she's focused on reestablishing lost the hives.

Thompson had built three of the hives from starter kits, each containing some 11,000 bees.

"They're actually measured by weight," she said. "About three pounds of bees equals around 11,000. So, the hives start small and build up."

"Our largest had about 100,000," Thompson said. "It ebbs and flows. After the flood of 2016, we were really struggling to reestablish our hives. I don't know if the ecological world was off balance because of that, but something caused worms to come in. There's also hive beetles, and the flood just left them more susceptible to these, so we lost a number of hives."

The flood happened in Basic Bee Shop's first year, and Thompson has since learned lots of trade secrets, first and foremost to leave the bees to their work.

The bees' entire world happens inside the hive, in this case the white, wooden frames. They cross over to other hives and leave only when the colony grows too large for the space and splits.

"All of our hives are usually pretty small going into winter," Thompson said. "You want to shrink down. The first year, we were probably disturbing the bees, just checking to see if they were still alive. But now we've gotten used to going in and just checking a couple of times a year. Over time we've learned that the less you mess with them, the better off you are."

Thompson is a member of the Capital Area Bee Association, which makes the expensive honey extraction equipment available to its members.

"Thank goodness we extracted ours in September," Thompson said. "Otherwise, we would have lost so much."

In the extraction process, Thompson removes beeswax-sealed frames from the hives, uses a hot knife to cut away the wax, then puts them in a "center of force" extractor that spins the honey to the bottom.

"I don't heat it at all," she said. "I use it raw. That just means it's not brought up to temperature. Heating it will kill the healthy properties, all the allergens and stuff that are in it, and you want that because that's what lets you build up immunity to whatever allergy that you have.

"It's nature's candy — the best thing you can eat."

She filters the honey through fine layers of mesh before bottling it.

"That's because nobody wants bee legs in their honey," Thompson said. "Then we just ladle it in 12-ounce bottles from right there."

That's pretty much all there is to it.

Thompson said honey, which she extracts twice a year, "stays good forever. Even if it crystalizes, it's still good. You just put it in a warm bath."

Thompson harvested more than 100 pounds of honey in September, which she uses for "pure honey purposes."

For other products — hot honey, boubon honey and honey cubes — she supplements her stock with other local honeys.

She also offers beeswax in a 2-ounce form, along with a board butter originally commissioned by a knife shop in New Orleans. The butter's primary purpose is to seal cutting boards, but it also can be used to seal other surfaces, including leather.

Now Thompson is working with the LSU AgCenter's Food Incubator to create other products.