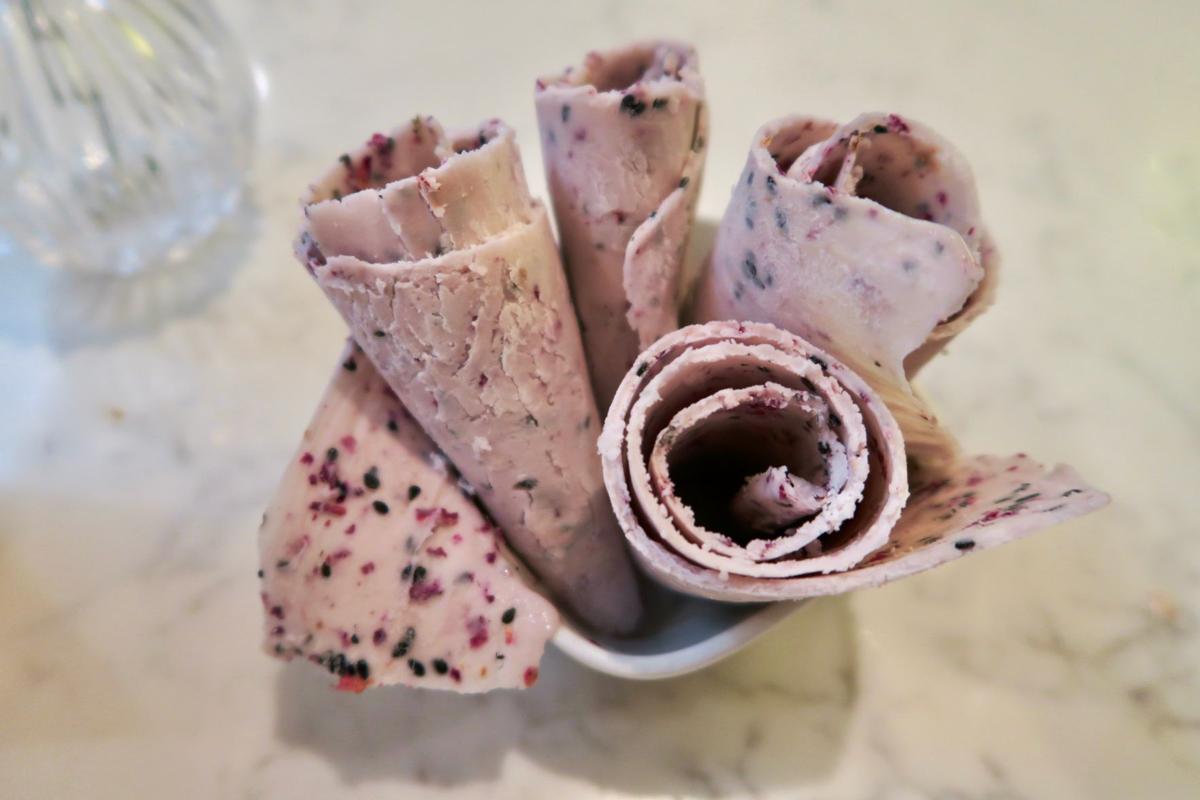 Rolled ice cream from Mac & Moon at the Auction House Market food hall in New Orleans is made with flavors including lavender acai, here with black sesame and rose petals. The business will open a new location in White Star Market next month. 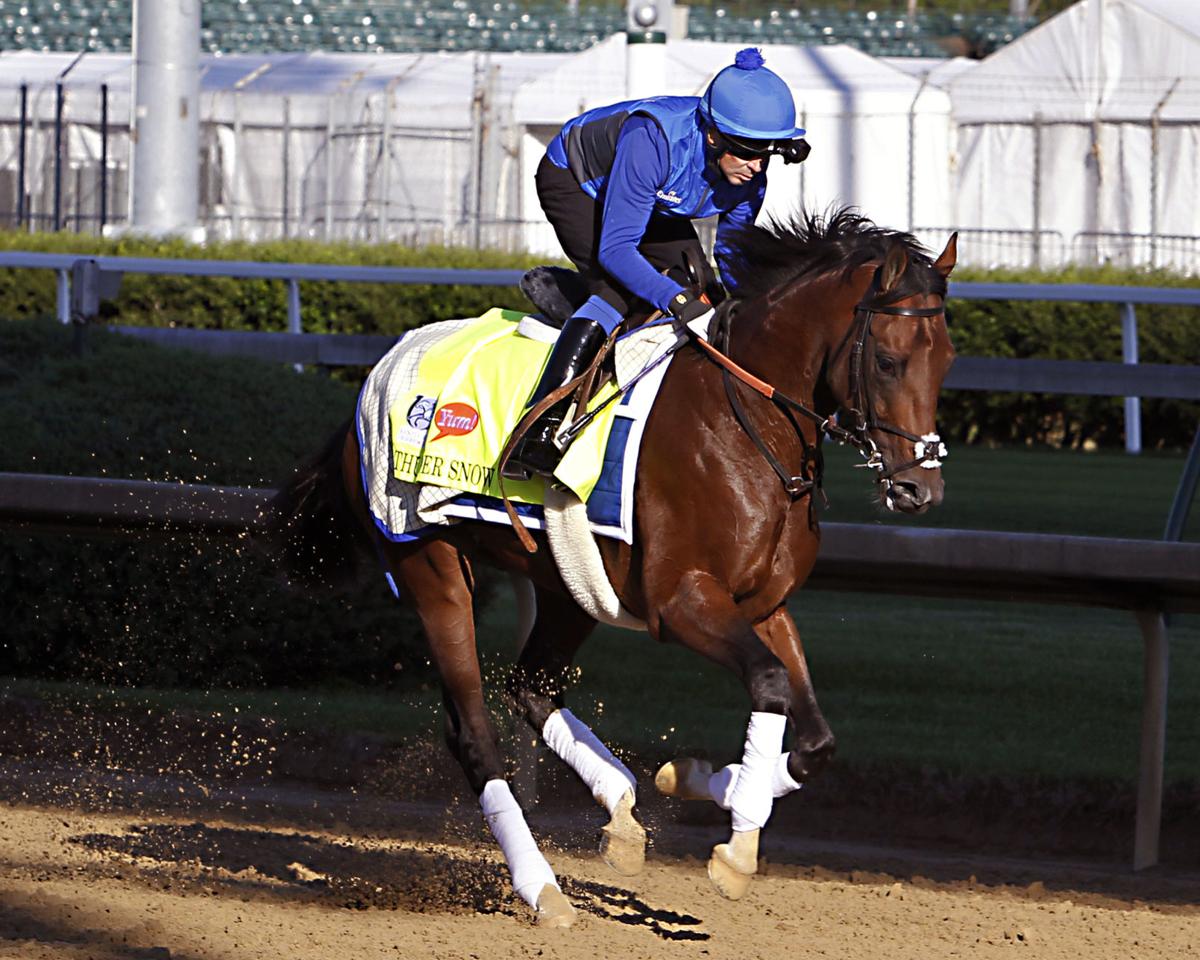 Rolled ice cream from Mac & Moon at the Auction House Market food hall in New Orleans is made with flavors including lavender acai, here with black sesame and rose petals. The business will open a new location in White Star Market next month.

More information can be found at facebook.com/macandmoon.

A gluten-free macaron, desserts and tea vendor will be the latest addition to White Star Market. Mac & Moon is expected to open in the Gov…

Sweet Society, a restaurant that will feature Asian-inspired desserts, is set to open this summer in the Electric Depot mixed use development on Government Street.

The restaurant, co-owned by Karen Vong and Patrick Wong, will serve as a sister property to Boru, a ramen and poke restaurant also set to open in the summer in the Electric Depot. Wong, who co-owns the popular sushi and hibachi restaurant Ichiban, owns Boru.

Sweet Society will serve dishes such as taiyaki, a Japanese ice cream treat that features soft serve ice cream served in a fish-shaped waffle cone. A range of flavors will be available, from Asian varieties such as matcha (a green tea powder), ube (a purple yam), black sesame and red bean, to American favorites like custard and Nutella. Bingsu, a Korean shaved ice dessert topped with fresh fruit and mochi bites, will also be offered.

The restaurant will take up about 1,000 square feet.

“Through our travels, we’ve seen Asian desserts really growing in bigger cities, but it is still relatively unknown territory in south Louisiana,” said Vong. “We want to bring a little bit of Asia to Baton Rouge while also offering people something that they can relate to. It is exciting to bring something seen on social media in other cities back home to Baton Rouge.”

Diners will be able to get a preview of the Sweet Society menu during the Hot Art Cool Nights event from 6 p.m. to 10 p.m. May 10 at Electric Depot.

Along with Boru and Sweet Society, Electric Depot will also feature the City Roots coffee shop. All three properties are set to open later this summer in the same building. Red Stick Social, the first commercial tenant in the development, recently opened.

Hail to the crawfish king

This year's Crawfish King Cook-Off, taking place in downtown Baton Rouge on Friday, May 3, will feature 45 teams, each with five to eight sacks of crawfish, competing to see who can make the best pot. That's going to mean there'll be a lot of crawfish to get your hands on and try.

Entry to the Crawfish King Cook-Off is $20 advance or $25 at the gate and includes all you can eat crawfish. Plus proceeds benefit Junior Achievement and Big Buddy. Gates open at 4 p.m., and the cook-off runs alongside Live After Five (featuring the '80s cover band Werewolf). More information can be found online at crawfishkingcookoff.com.

Day at the Derby to benefit St. Jude

St. Jude Children's Research Hospital will again host a Day at the Derby event this weekend. Centered around Saturday's Kentucky Derby, the day will feature derby-inspired food and drinks from local restaurants, including Mansurs on the Boulevard, Beausoleil and Reginelli's, an auction, live music by AM/FM and the races on screen.

St. Jude Day at the Derby will take place 4 p.m. to 8 p.m. Saturday, May 4, at Live Oak Arabians, 6300 Jefferson Highway. Tickets are $65 advance, $75 at the door, benefiting St. Jude. Of course, big, floppy hats, seersucker suits and other derby attire is encouraged. More information can be found online at facebook.com/StJudeLA.

Sunday is Cinco De Mayo, and yes, most area Mexican restaurants and bars will have food and drink specials. But the day is still a celebration of Mexican and Mexican-American culture and a commemoration of Mexico's win against France in the 1862 Battle of Puebla. So keep an eye out for events that include more, like the Cinco De Mayo Health Fair at Independence Community Park. The event at 2 p.m. to 6 p.m. Sunday will include music and food, a children's village, arts and crafts, resource vendors discussing health and immigration, folklore and more. BREC's Independence Community Park is located at 7505 Independence Blvd. Free to attend. More information can be found at brec.org.