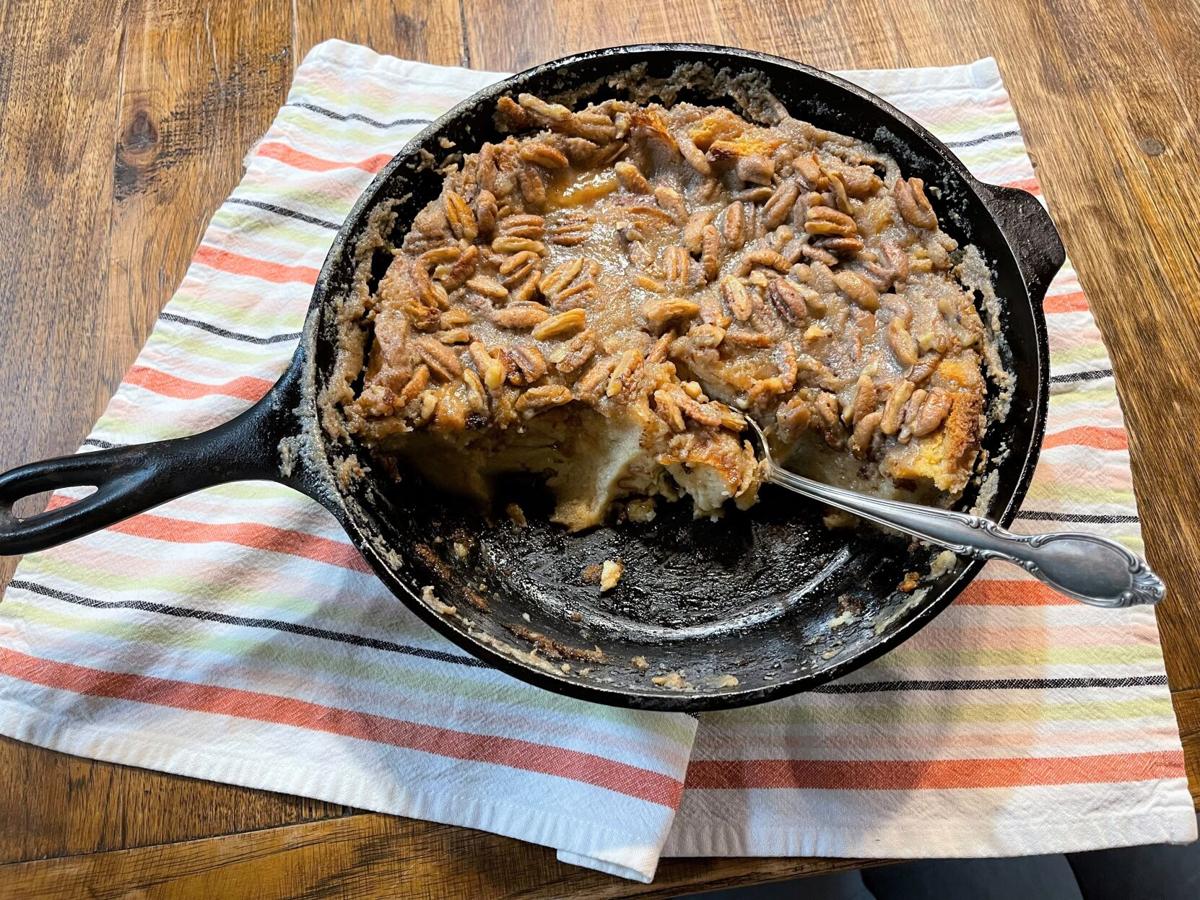 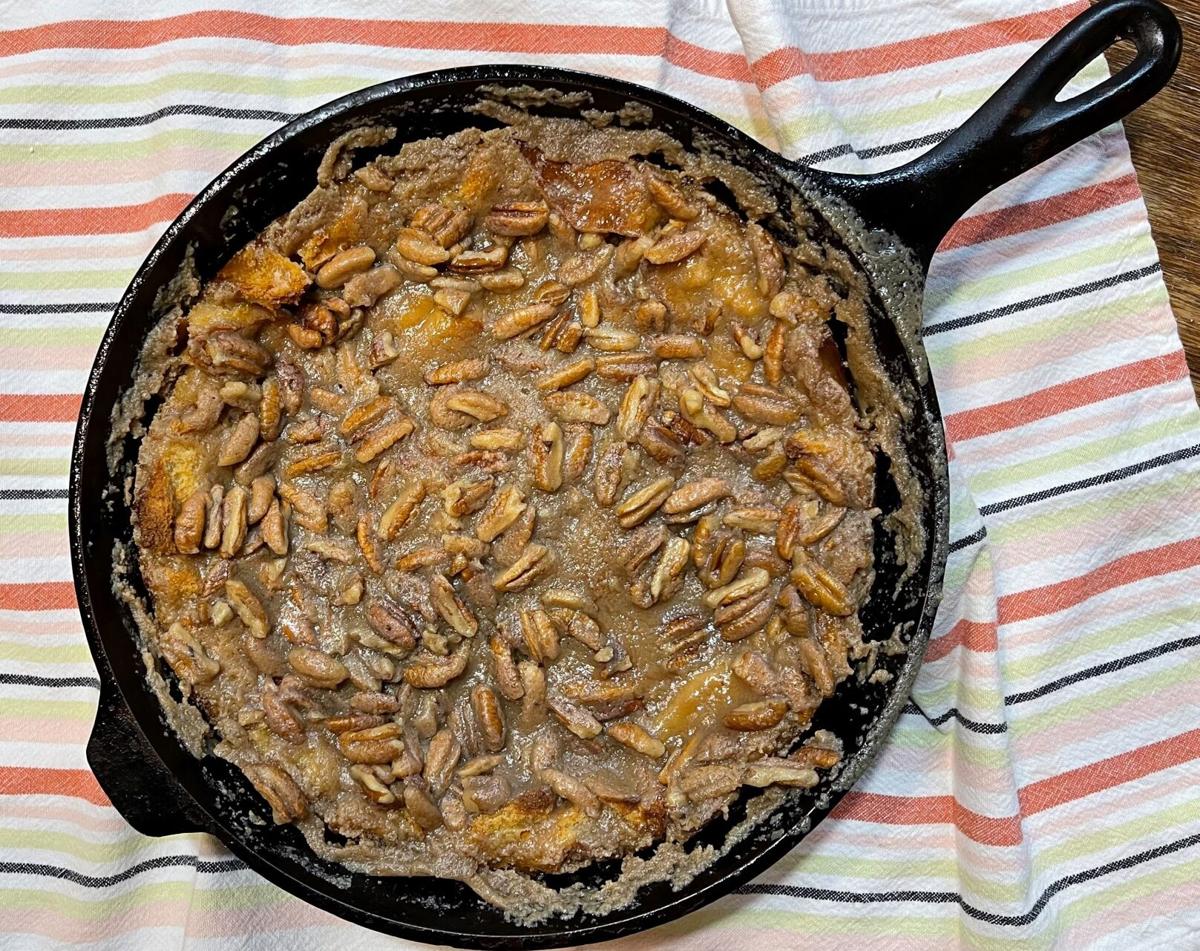 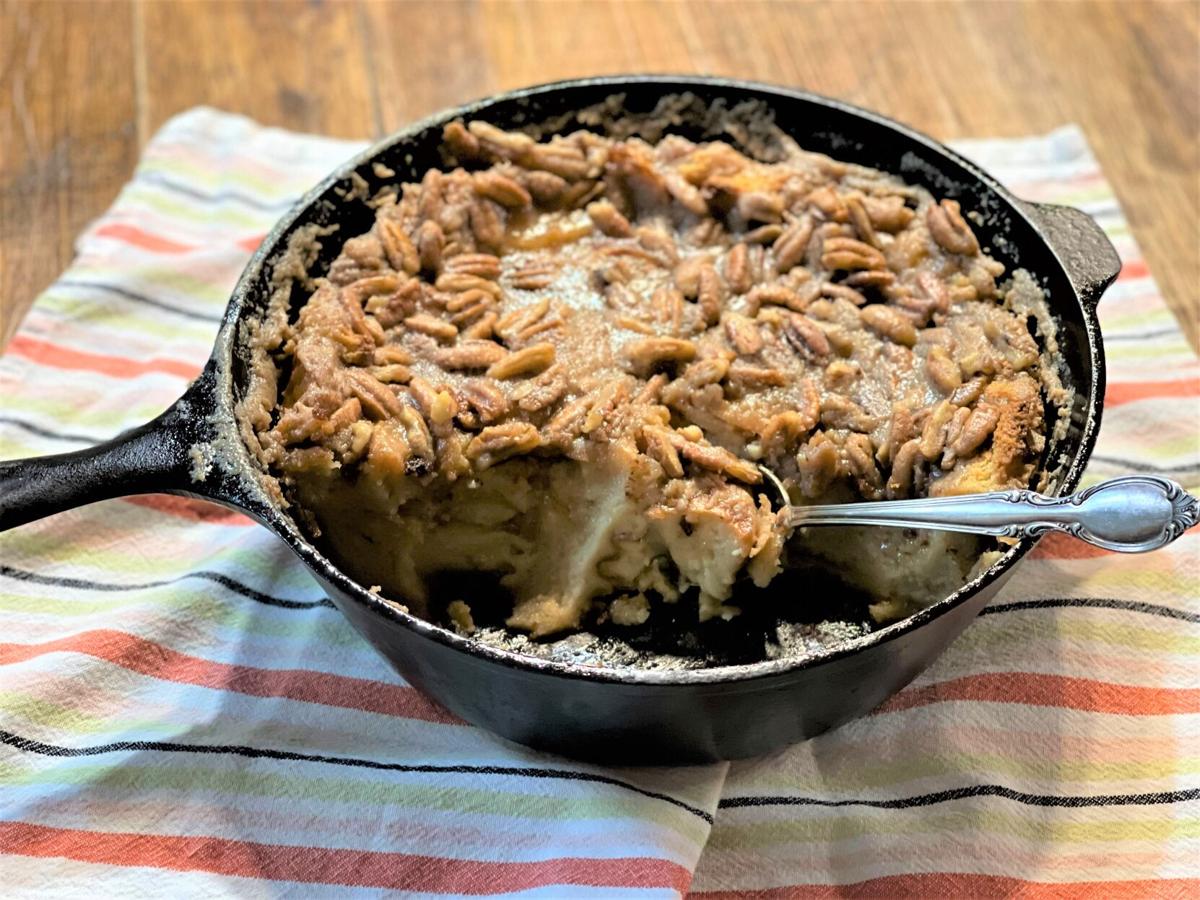 Bread pudding. The oh-so-simple name doesn't do justice to this dessert that cooks have made for generations.

That name fell especially short recently when we delighted in the decadent one served by Dorothy and Ray Young.

The rustic bread pudding, spooned up at the end of a meal filled with farm-fresh peas, corn and Mama D's Mexican cornbread, was the perfect finishing touch.

Baked in a deep, black-iron skillet (although we were assured a 9-by-13-inch pan works just fine), the top of the bread pudding bubbled with a brown sugar, pecan and butter topping.

Janis Smith shared the recipe, and, boy, are we happy she did.

Dorothy Young advises not to start the sauce until the bread pudding is almost done.

"When you pour it over the bread pudding, it is runny, but it turns to sugar quickly. And, if you cook it too soon, it will be sugar in your pot and not pour," she said.

All we can say is, there's got to be a better name than bread pudding for something so darn delicious.

2. Heat over to 350 F. Spray pan with nonstick cooking spray and pour in bread mixture. Bake for 45-50 minutes.

3. Sauce: In a small saucepan, combine half-and-half, brown sugar and butter over medium heat. Bring to a boil and boil for 4 minutes.

4. Stir in pecans and vanilla and boil for 2 more minutes.