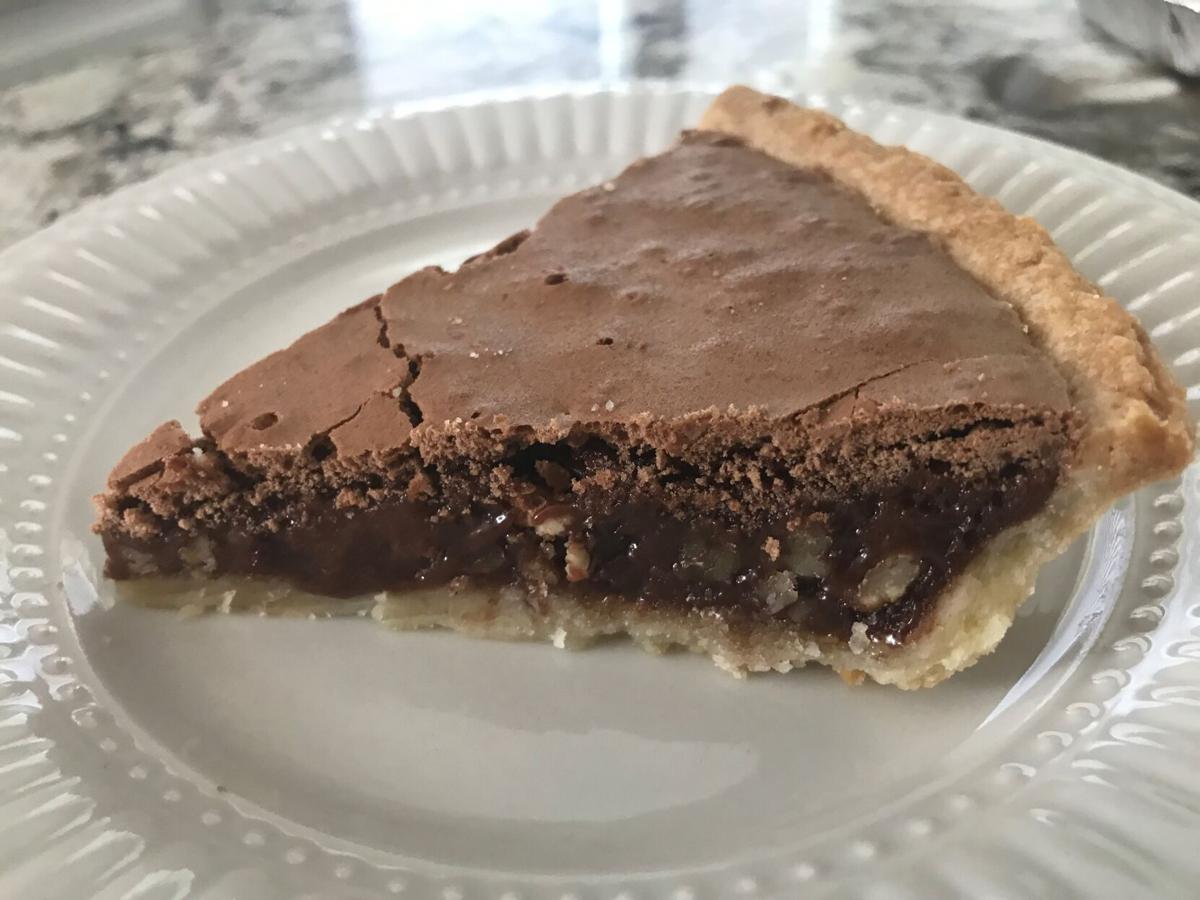 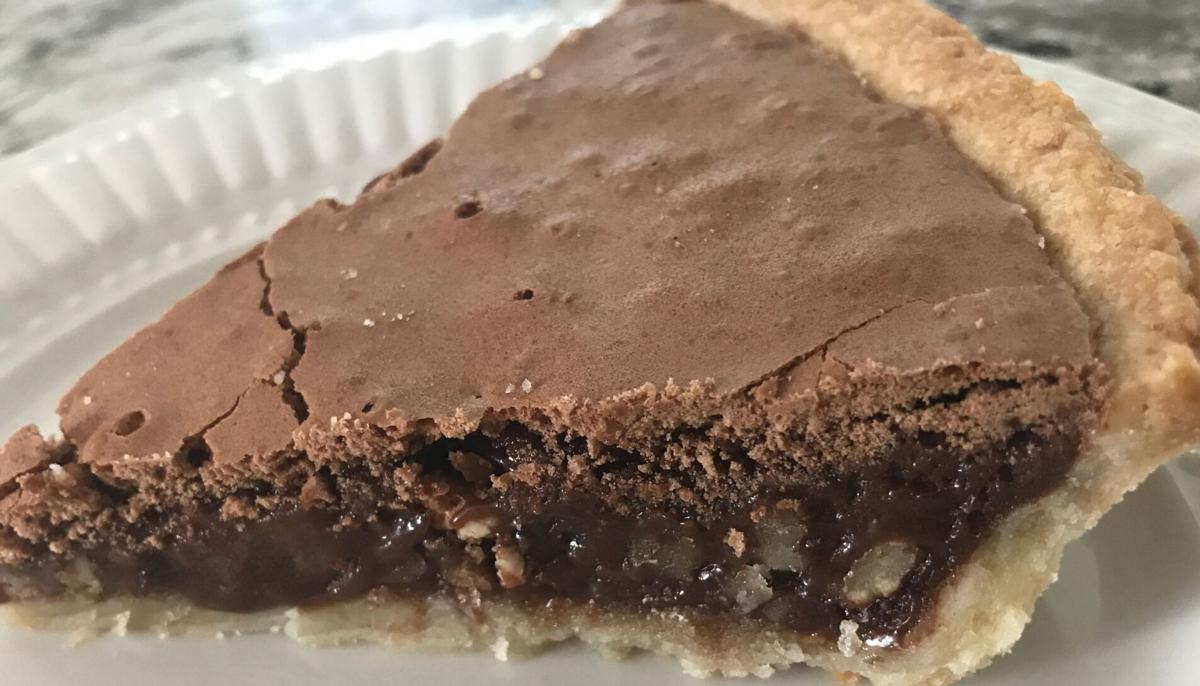 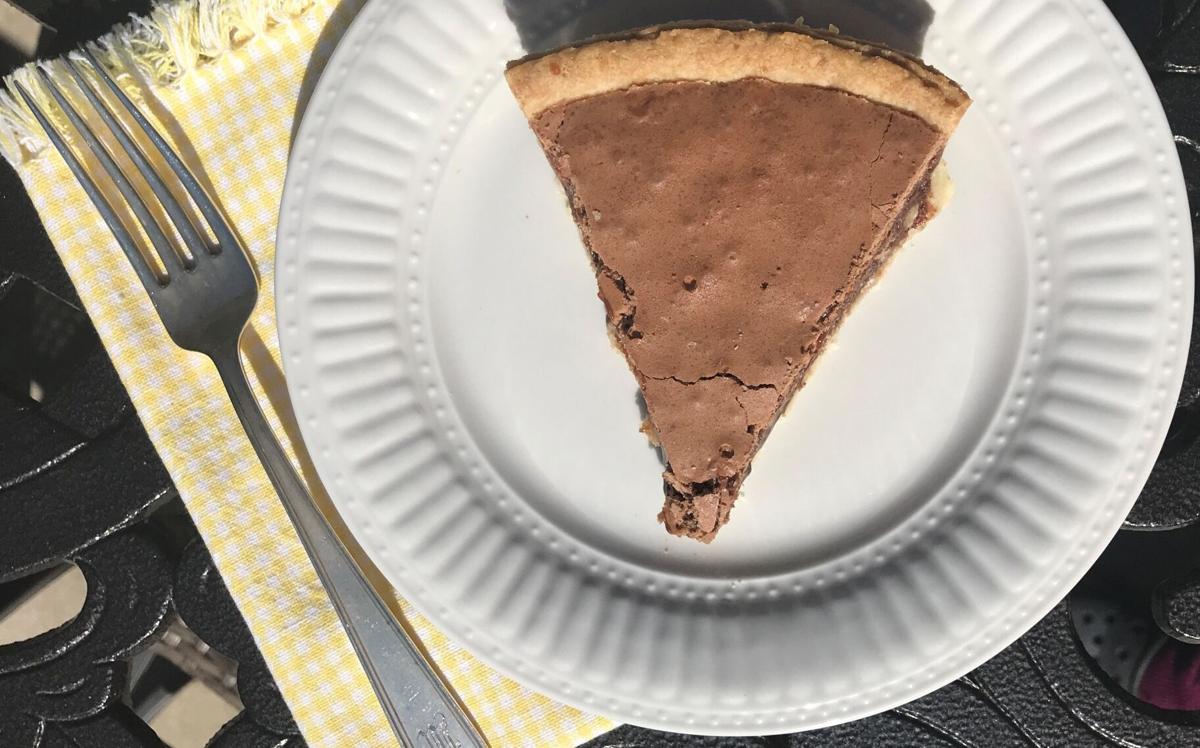 If you like chocolate, and, really, we can't be friends if you don't, this is your pie.

It's called Chocolate Fudge Pie, so it's not just chocolate, it's fudgy chocolate.

And it's the best kind of chocolate, with a slightly crunchy crust forming on the top, while the interior remains slightly gooey.

This recipe is a favorite one made by my late mother-in-law, Pat Martin, for holidays. Since the recipe makes two pies, it's great for when a crowd is gathering.

You can make you own pie crust if you'd like, but we use the frozen ones that come two to a pack. Besides, it's not really about the crust. It's all about the chocolate.

2. In a separate bowl, beat eggs until light, then beat in sugar.