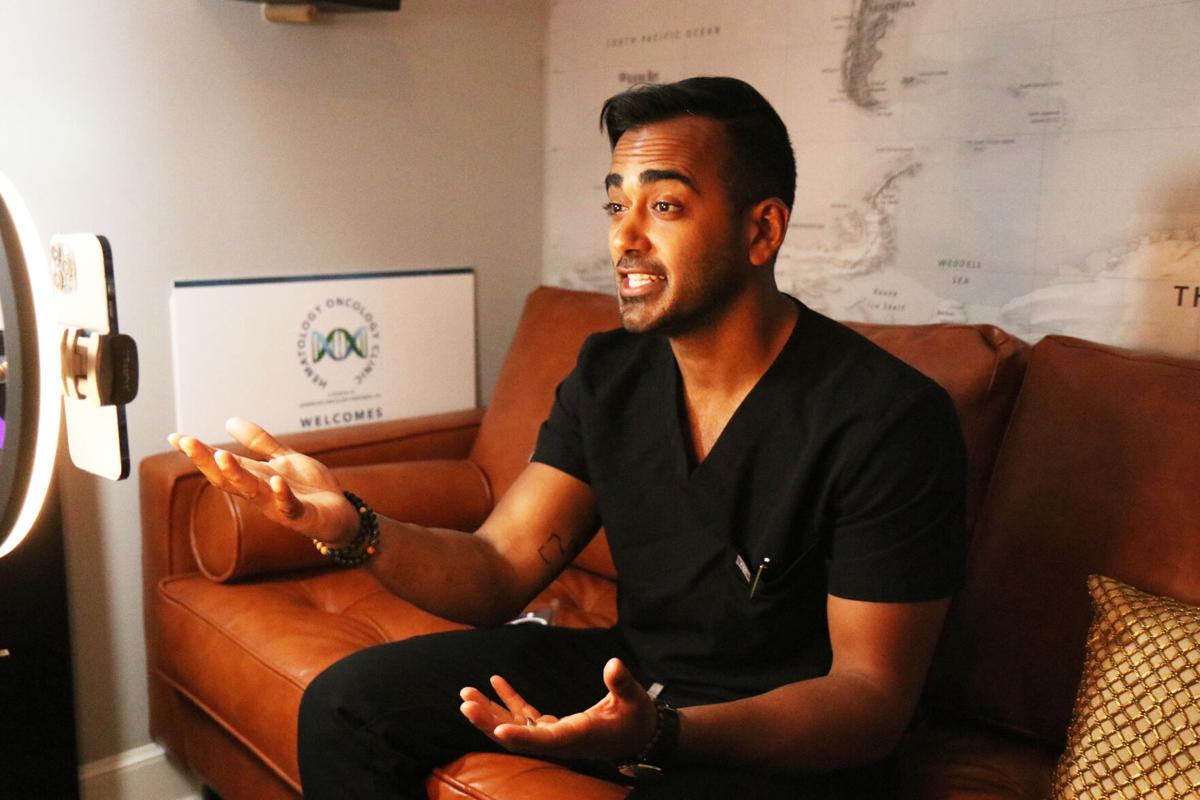 Dr. Sanjay Juneja, who has more than 440,000 followers on TikTok, records a new video for the social media platform at his home. 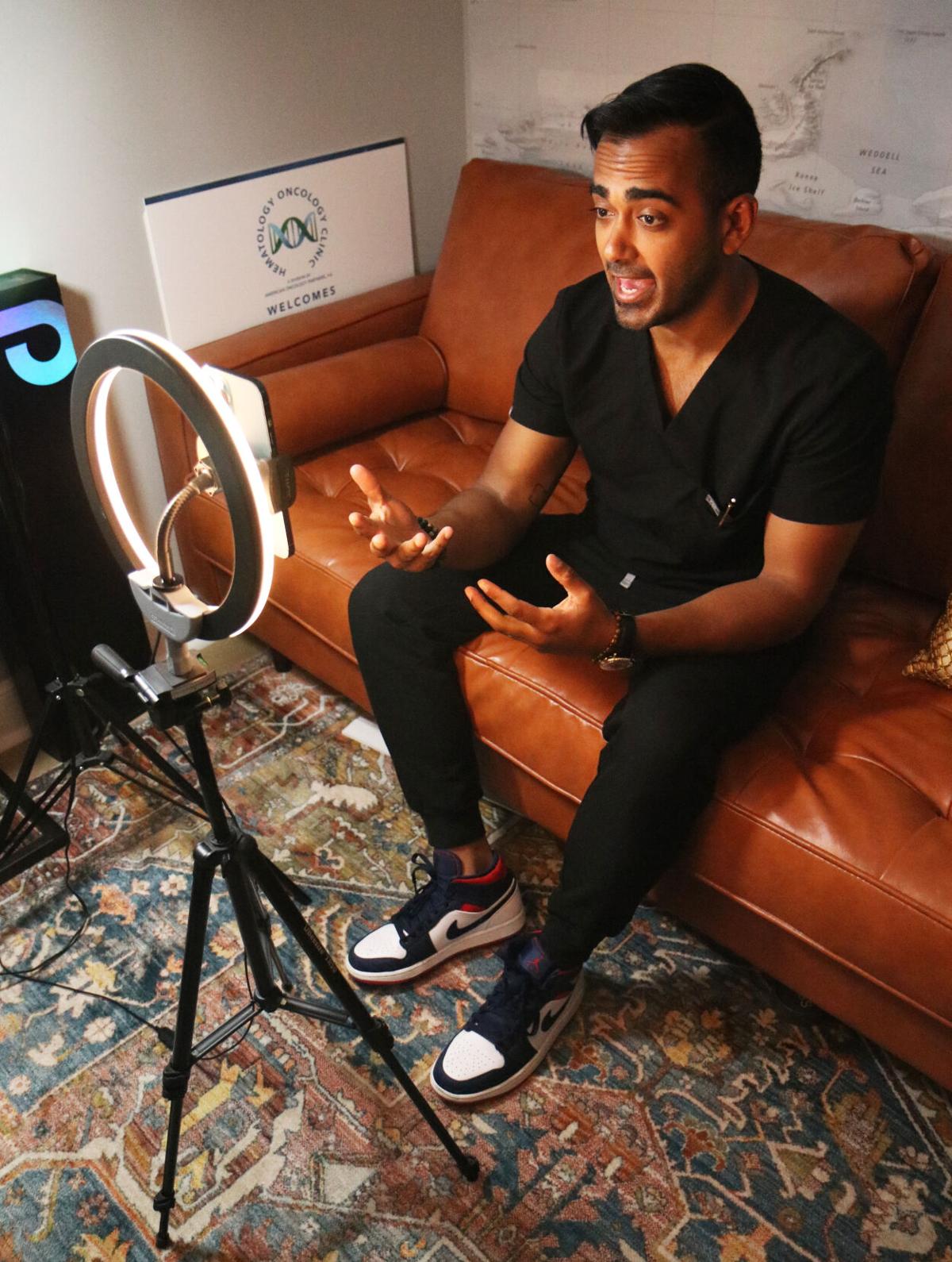 Known as TheOncDoc on social media, Dr. Sanjay Juneja makes videos that are engaging and also impart medical information in an easy to understand manner. 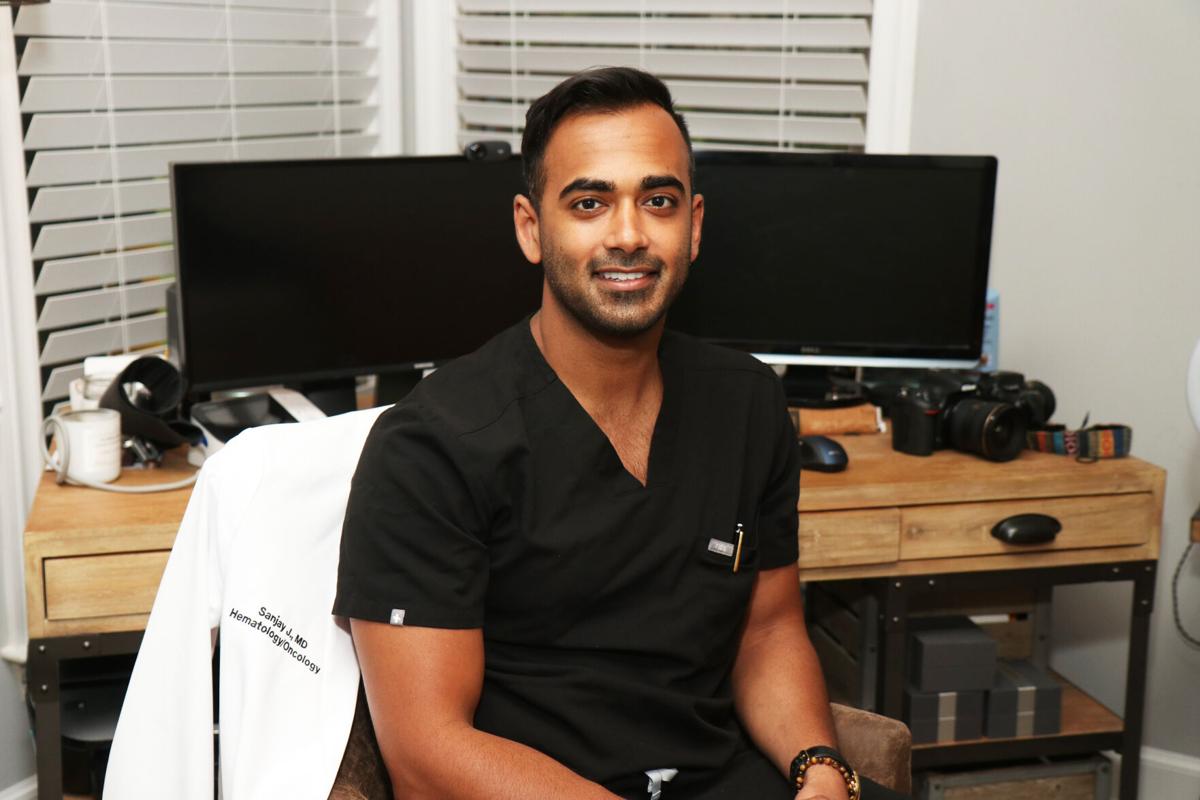 Dr. Sanjay Juneja, who has more than 440,000 followers on TikTok, records a new video for the social media platform at his home.

Known as TheOncDoc on social media, Dr. Sanjay Juneja makes videos that are engaging and also impart medical information in an easy to understand manner.

His patients know him as Dr. Sanjay Juneja, but on the social media sites TikTok, YouTube and Instagram, he is TheOncDoc to his almost half-million followers.

The Baton Rouge hematologist-oncologist dances, lip syncs and uses humor to provide medical information in videos that usually run one minute or less.

“My message is the more you’re educated on something, you really are empowered,” Juneja said. “It just makes you appreciate things more when you understand them.”

Juneja, 33, started posting on TikTok while doing his residency at the LSU Health Science Center in Shreveport.

At first, like many on the site, he put up dance and lip-sync videos, the kind that have made the social media site popular, especially among teens and young adults. He was having fun, and his videos started attracting followers.

That got Juneja thinking that he could use videos to do more than entertain.

flex this knowledge before it hits headlines. ##covid and the ##tipofyourtongue

He began with videos about the importance of screening and observations about gender bias he saw in how his wife, Dr. Lauren Juneja (also an oncologist-hematologist), was treated.

Then he started focusing on his specialties — blood disorders and cancer. His audience kept growing.

“I see 20 patients in one day max," said Juneja, contrasting that with one video he did explaining anemia and iron deficiency that was seen by 1.4 million people in 24 hours.

“People are so afraid of cancer. In the South, the mentality is ‘I don’t want to get a colonoscopy or mammogram. If I have cancer, I’d rather let it ride and die. I don’t want to know.’ … Let’s bust that myth first. Screening is not telling you, ‘You’re screwed. You have cancer. I hope you had a good life.’ Screening means, ‘Hey, you have something that could turn out terrible … but this is an opportunity to get that out before it goes anywhere.’”

As Juneja concentrated more on medical videos, he kept some of the comedy and dance moves in his TikTok posts, and he expanded into other social media. His YouTube videos are longer and dive deeper into serious medical topics. His Instagram account posts the TikTok content along with family and personal photos.

The importance of information when confronting a medical challenge was brought home to Juneja while growing up in Baton Rouge.

He had wanted to be a science teacher, but his career plans changed in high school after he was involved in a car accident that caused him to temporarily lose his eyesight. His ophthalmologist, Dr. Christopher Grenier, did such a good job explaining what was going on during treatment that it changed Juneja’s goals.

“It takes just that one bit of knowledge to be comfortable with something very scary,” Juneja said. “When he gave me all these micro-goals and telling me what to expect, that was such a foundational experience, which translated into med school and my clinical rotations with cancer.

“Cancer is so scary. You hear the word ‘chemo’ and you just want to cry. Then, by the end of med school, but especially through residency, I found that everyday people can pioneer through anything with courage and truly be inspirational once they’re equipped with the knowledge of what they’re in for. The main reason to fear is the unknown.”

people can overcome anything--when they know what's ahead.

After receiving his undergraduate and medical degrees from LSU and doing an internal medicine residency at the LSU Health Science Center in Shreveport, Juneja joined the Hematology/Oncology Clinic in Baton Rouge in 2019 where his wife, whom he met in med school, also practices.

Further expanding his online presence, Juneja is one of the founding medical partners of a new site, Doctorpedia, where physicians from a wide variety of medical fields speak on topics in their specialties.

The hope is that Doctorpedia will become a go-to site for people with medical questions and will help them avoid misinformation that can come up with a simple web search.

“It’s our responsibility as doctors,” Juneja said. “We were trained for 15 years plus with all of this knowledge, and if you’re limiting that just to the … people you treat in your 20-mile radius, that’s just so unfortunate. Let’s get it out there. It seems you’re using so little of what you have if you’re just keeping it to a scope of a 20-mile radius.

“That’s the enthusiasm that drives me. Obviously, there’s criticism with doctors being on TikTok. They think it’s just vanity dancing and lip-syncing. … Diffusing these things that are so simple to treat that can change the trajectory of quality of life for people in their teens and 20s where they’re underserved and the communities are small and the doctors are overworked, that is literally an invaluable opportunity.”

Are some couples just meant to be? You could make that argument about Abby Chustz and Bryon Garrety.