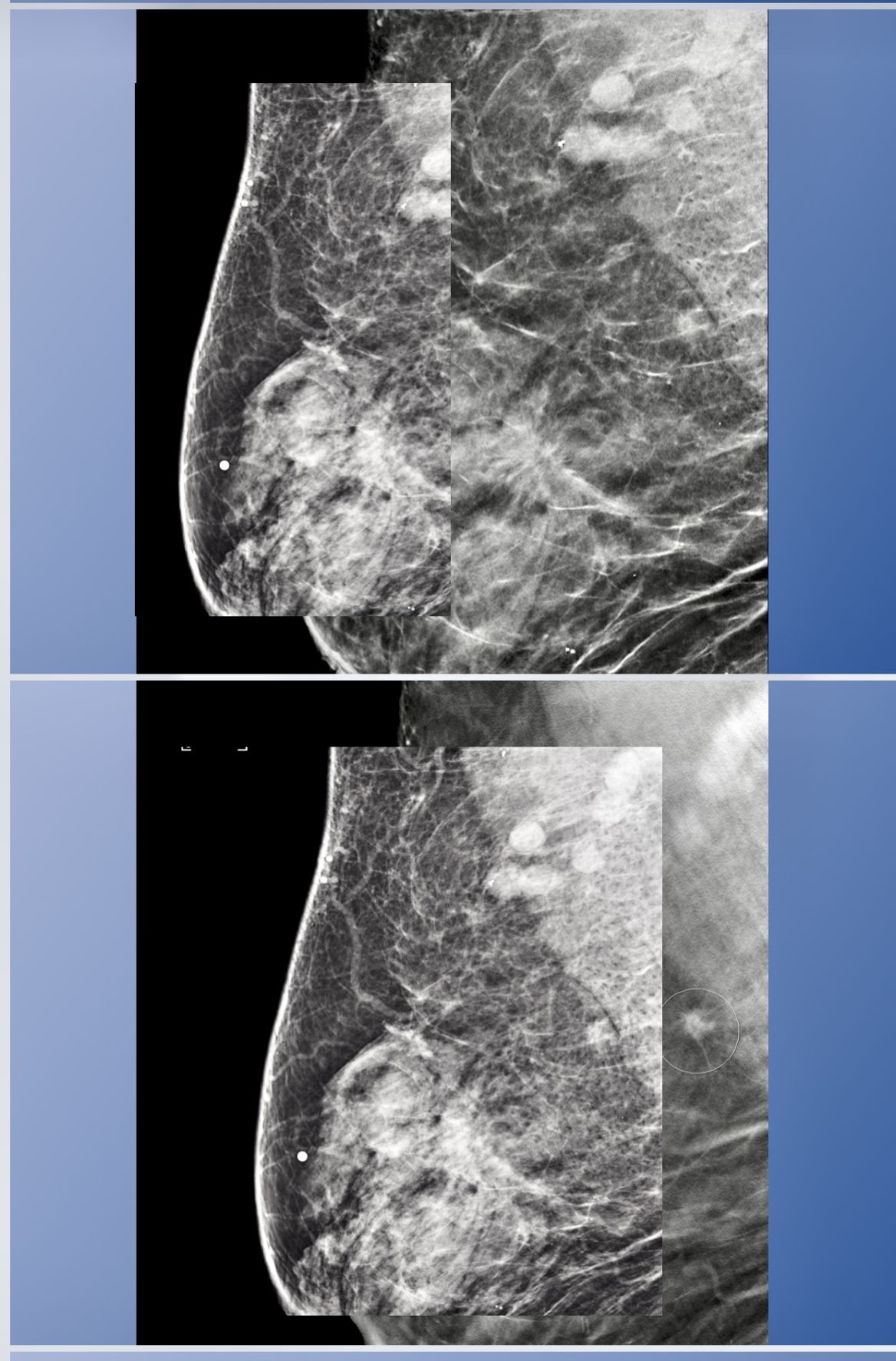 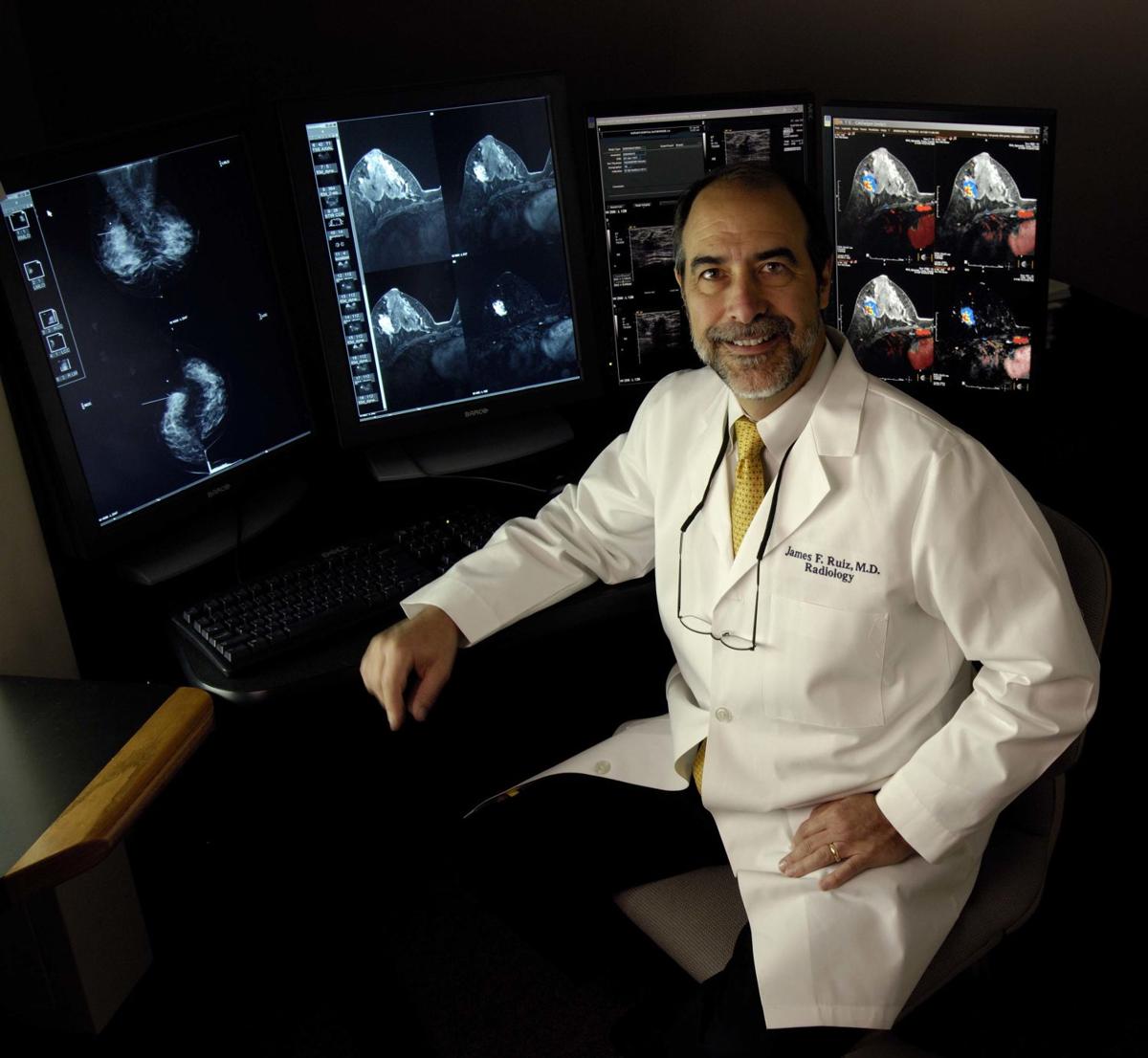 Dr. James Ruiz, of Woman's Hospital, is the principal investigator in the local part of a national study to determine the benefits of 3D mammography. 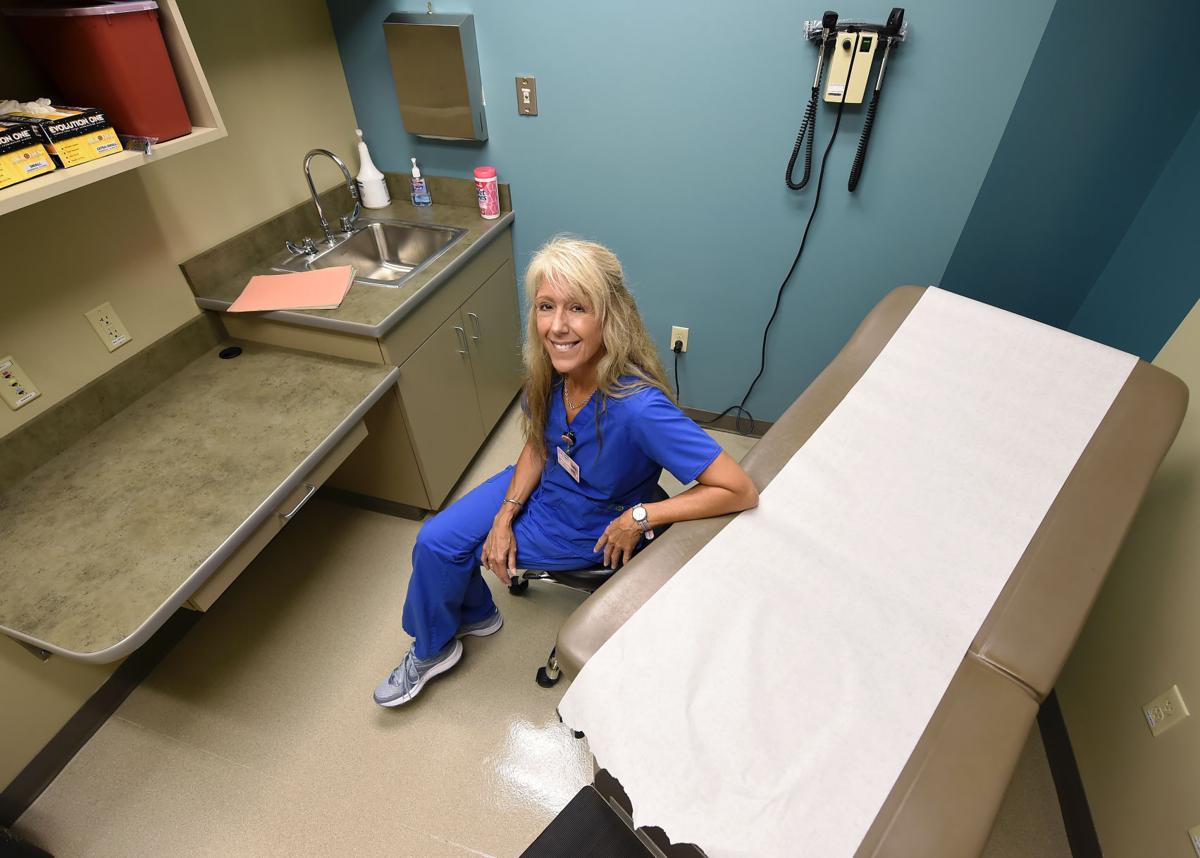 Greta Fry, an LPN at Pennington Biomedical Research Center, is a participant in a national study on breast cancer prevention through the use of 2D and 3D technology. 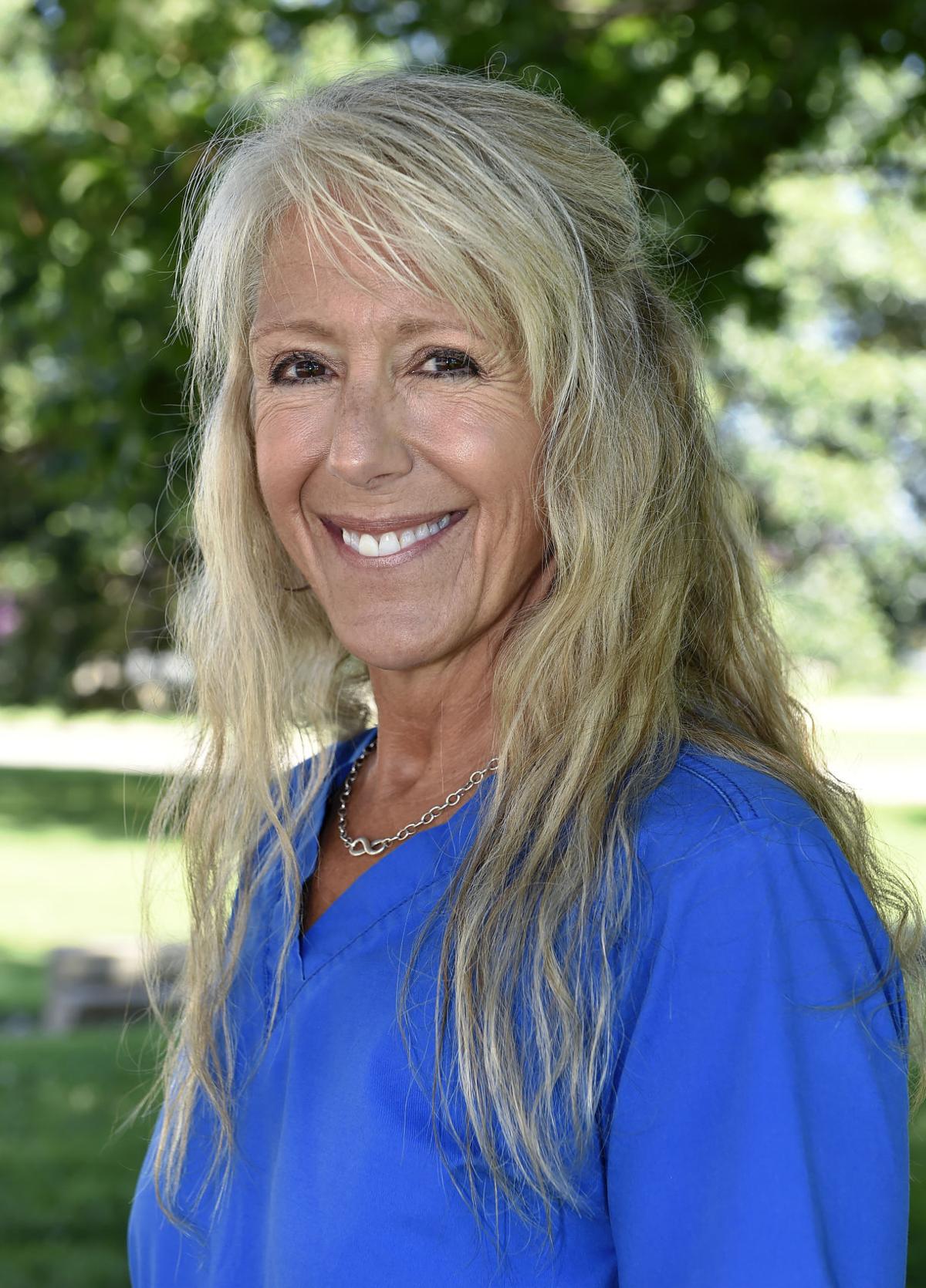 Greta Fry, an LPN at Pennington Biomedical Center, is a participant in a national study on breast cancer prevention through the use of 2D and 3D technology. 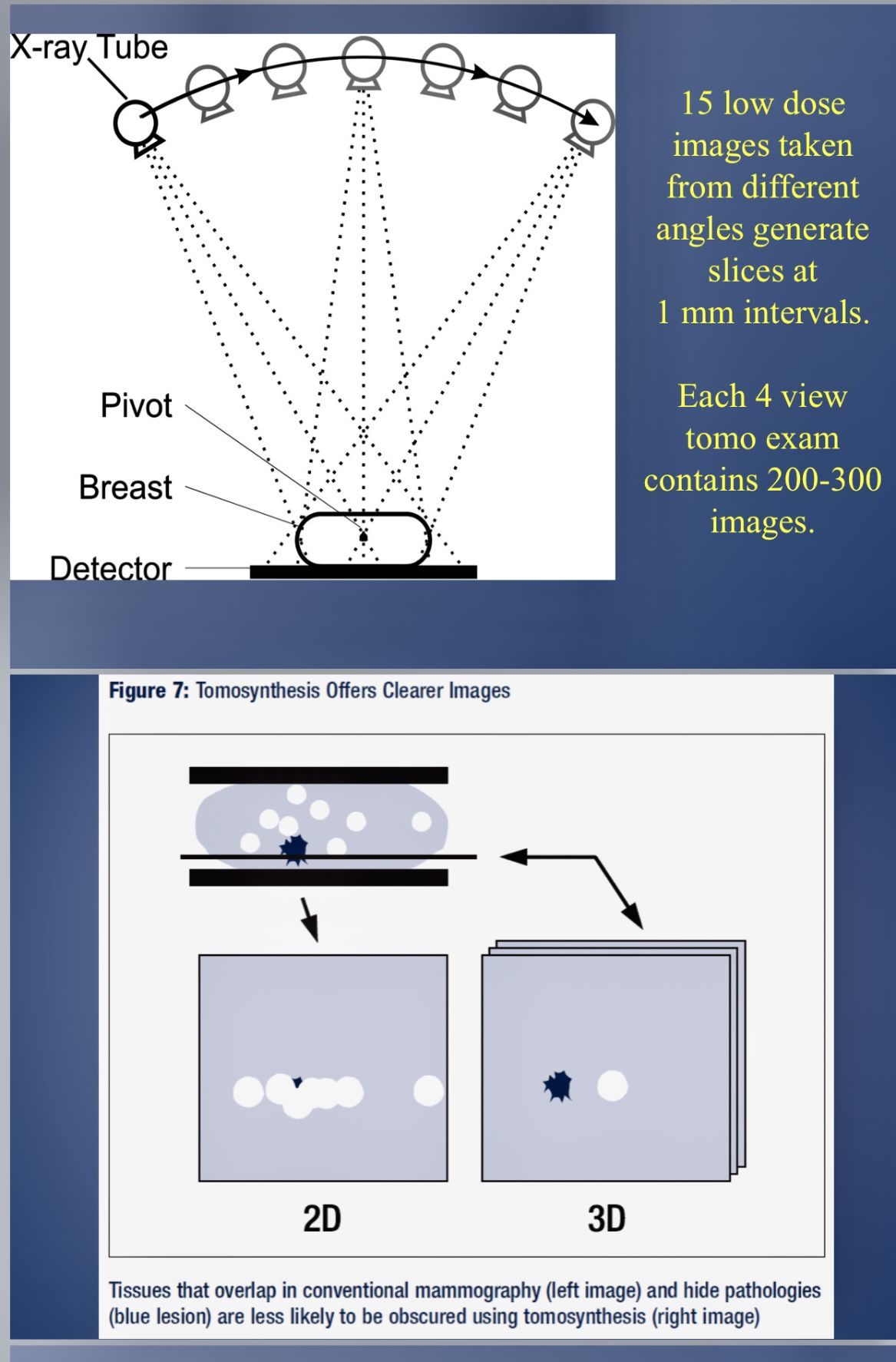 An informational chart showing the capabilities of 3D mammographies.

Dr. James Ruiz, of Woman's Hospital, is the principal investigator in the local part of a national study to determine the benefits of 3D mammography.

Greta Fry, an LPN at Pennington Biomedical Research Center, is a participant in a national study on breast cancer prevention through the use of 2D and 3D technology.

Greta Fry, an LPN at Pennington Biomedical Center, is a participant in a national study on breast cancer prevention through the use of 2D and 3D technology.

An informational chart showing the capabilities of 3D mammographies.

And she knows she isn't the only one, which is one reason she is participating in the Tomosynthesis Mammographic Imaging Screening Trial.

TMIST is a five-year national research study implemented through a partnership between Women's Hospital and Mary Bird Perkins – Our Lady of the Lake Cancer Center. So far, 110 Baton Rouge area women between ages 45 and 74 are enrolled.

The trial is being conducted at leading breast cancer screening sites across the United States and Canada and will include 165,000 participants.

The purpose of the large, randomized study is to compare two Food and Drug Administration-approved types of digital mammography — standard digital, which uses two-dimensional technology, and Tomosynthesis, which employs 3D technology.

The goal of a mammography is to find breast cancer early when it may be easier to treat, and the trial seeks to determine if, over the long term, the benefits associated with 3D result in a reduction of mortality from breast cancer.

A tissue bank also is being built for future research to determine the best ways to screen for breast cancer by taking a person’s genetics and other personal risk factors into account.

“The goal of the partnership is to bring advanced, more coordinated cancer care to the region, and also to contribute to the larger body of knowledge that will enhance breast cancer mammography standards for all women,” said Dr. James F. Ruiz, radiologist and TMIST principal investigator at Woman's Hospital. “Together, through a master research agreement and by combining both organizations’ expertise, we are delivering many breakthrough clinical trials such as TMIST, as well as state of the art treatments and programs."

Ruiz added the trial is unusual because it's so big.

Fry, 54, learned of the program through a friend and didn't hesitate to sign up, because she knew the value of such research. She also is a licensed practical nurse who has worked the past five years assisting in similar studies at Pennington Biomedical Research Center.

"I'm usually the one giving the study, but now I'm on the receiving end," she said. "And it was really a no brainer for me. I was given the 3D technology the last time I had a mammogram, so there was no extra effort on my part."

The technology gives Fry peace of mind. She has received abnormal mammogram results in the past, spots which turned out to be calcifications. She recalled the excruciating wait for the final results.

She also remembered watching her step-grandmother battle the disease, and she hopes her participation could save her daughter and others from these experiences.

"The only negative part of this test I could think of is wanting to be in the 3D group but having to go into the 2D group," Fry said.

"What happens in two-dimensional is the breast is compressed and remains still, and the machine remains stationary and takes an X-ray, then the machine is rotated and another X-ray is taken from a different angle," Ruiz said. "Everything behind and in front of the pivot point is out of focus, so you're only getting a slice of the breast."

In 3D technology, the breast is again compressed, but the machine rotates in an arc of about 30 degrees.

"Our machines acquire 15 different images on each shot," Ruiz said. "That data fed into a computer. I can tell the system to give me slices of 1 millimeter thick through the breast."

Two-dimensional technology offers up a total of only four images. Three-dimensional produces a total of 40 images from each of the machine's positions.

"It gives me way more images to look at throughout the breast," Ruiz said.

So, if the 3D technology has proved to give more detailed results, why the study?

"At this point, we haven't really learned anything because we've just made the jump from 2D to 3D five or six years ago," Ruiz said. "But we've known for quite a long time that 3D, or Tomo, decreases the recall rate by 20 to 30 percent. With 2D, a lot of women would come through, get four views and go home. I'd read the results, see something questionable and have to bring patient back. That panics patients and costs money."

"The reason why we're doing this study is nobody has shown that the 3D image will save more lives than 2D," Ruiz said. "It's important because the 3D process costs more and takes more time to read it. The question is how good is good enough? Is the difference enough to make a difference? They're using this question to learn mortality benefit. We don't really know for sure that the improved visualization is actually saving lives.

"It's like buying a new television with the latest technology. When you get it in your home, you can't believe how great the picture is. Then another comes out a couple of years later with an even better picture, but when is enough enough?"

Ruiz added that there are some people who think breast cancer is over diagnosed.

"In men, we know we over diagnose prostate cancer," he said. "There is still a question about the biology of breast cancer that some people believe that we shouldn't even screen for cancer, because we find too many cancers that aren't going to do any harm."

Fry believes the study is worthwhile.

A network of more than a dozen health care organizations across Louisiana and Mississippi were awarded a $13.6 million grant from the National…