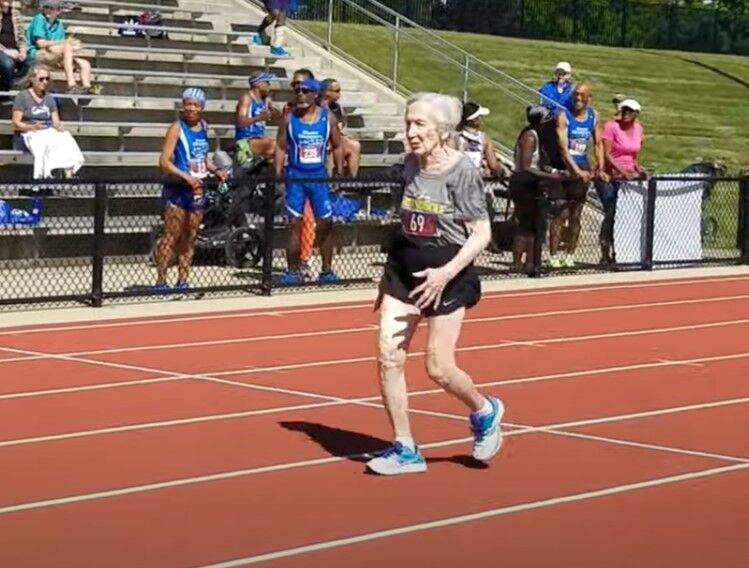 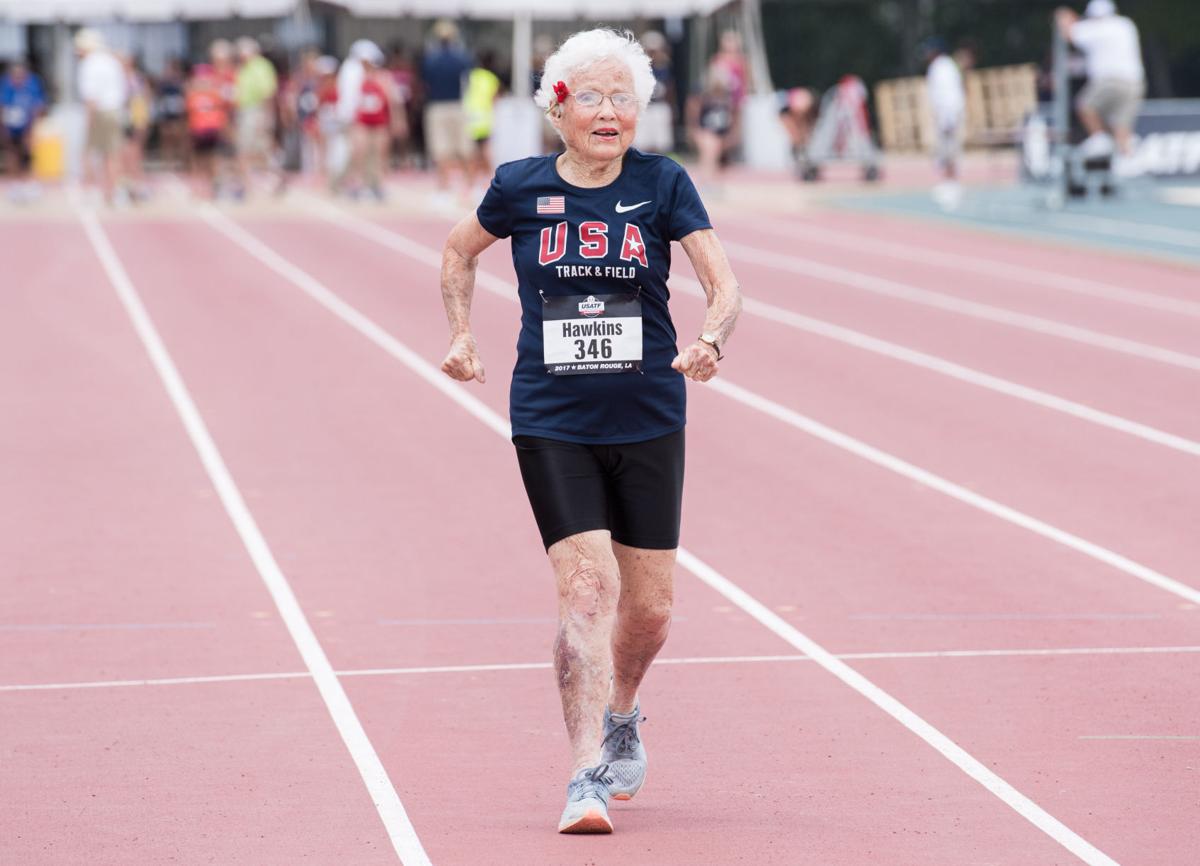 Julia Hawkins runs in an event at the National Senior Games.

The saying "age is just a number" is particularly true for track and field legends Julia "Hurricane" Hawkins and Diane "Flash" Friedman.

Hawkins, a 105-year-old Louisiana native, and Friedman, a 100-year-old from Ohio, have achieved huge success in the 100-plus age group.

According to Friedman, her impressive performance earlier this month came as no surprise to her.

"I've won a lot of medals," Friedman said in an online interview with Growing Bolder. "I've won a lot. I'm just so accustomed to it."

Friedman mentioned that it was her goal to meet and speak with Hawkins.

Multimedia company Growing Bolder granted her this wish and arranged a virtual conversation between the two phenomenal athletes.

When asked who would win in a race, Hawkins responded, "I think she would win."

"No, no, no, no!" Friedman said. "That's why we should meet. Because we're going to be competitive. I'm going to beat the devil out of you!"

Only weeks after setting a world record in the 100-yard dash, Julia Hawkins is preparing for her next big race.

Accompanying Friedman in the conversation was her trainer, Dr. Bruce Sherman. He described her as "a coach's dream."

Despite the competitiveness they both display, their respect for each other both on and off the track is evident.

"I'm happy for her," Hawkins said. "The one thing about her and me, I've never had a coach, and I've never been trained. I just got out there and ran. If I had been trained, well, I didn't want to do it that way. I just liked to run on my own and do what I could do."

Hawkins' chase for success will continue in the Senior Games in Louisiana this November.

Hawkins urges people to "Keep running, keep being active. Try to get more people that you know to get active; that's important."

Julia Hawkins, of Baton Rouge, is such a miracle that it’s easy to take her for granted.

Next year they both plan to compete against each other at the National Senior Games in Fort Lauderdale in May 2022.

For more information on the National Senior Games, visit GrowingBolder.com/NSGA

If Julia Hawkins’ world record time of 40.12 seconds in the 100-meter dash doesn’t seem like blazing speed, maybe consider the fact she was bo…