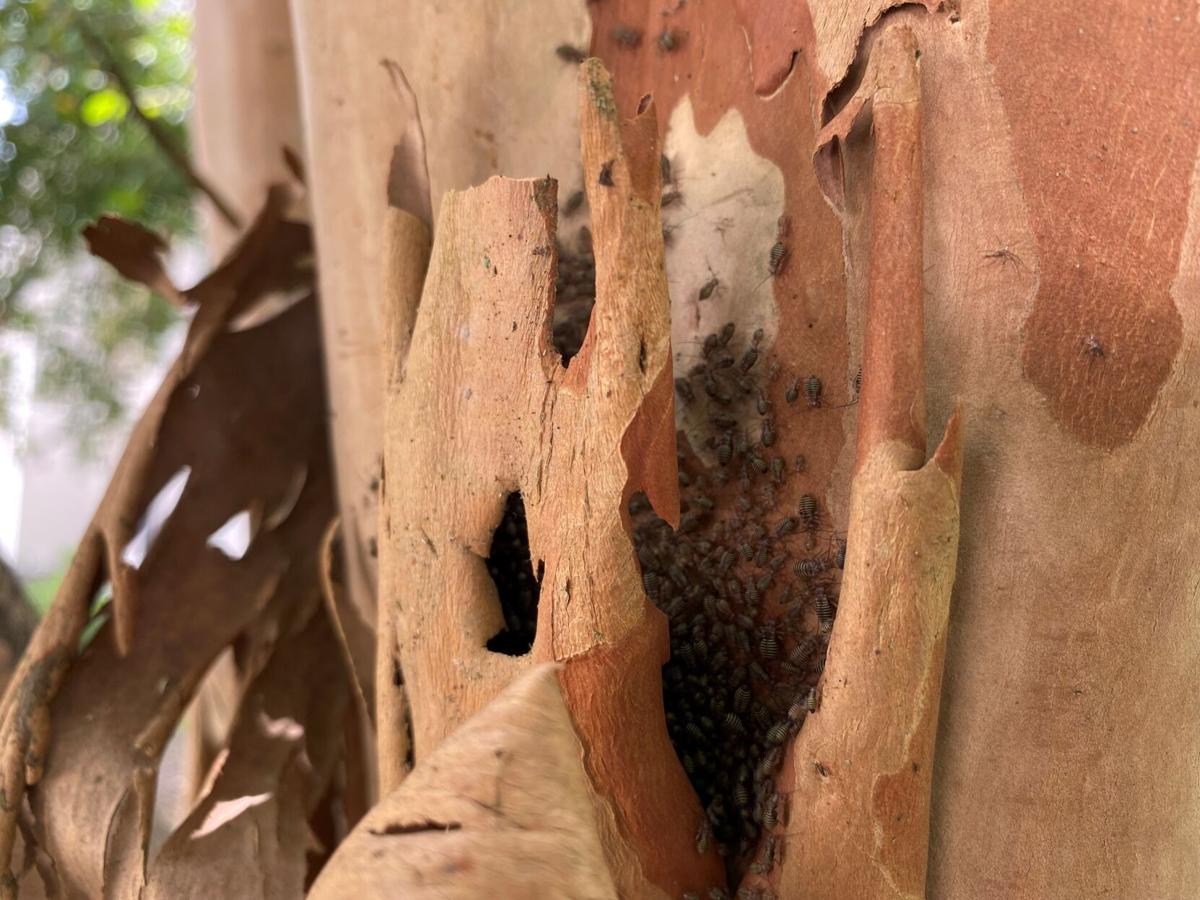 Bark lice are not harmful to crape myrtles; they help clean up the exfoliating bark. 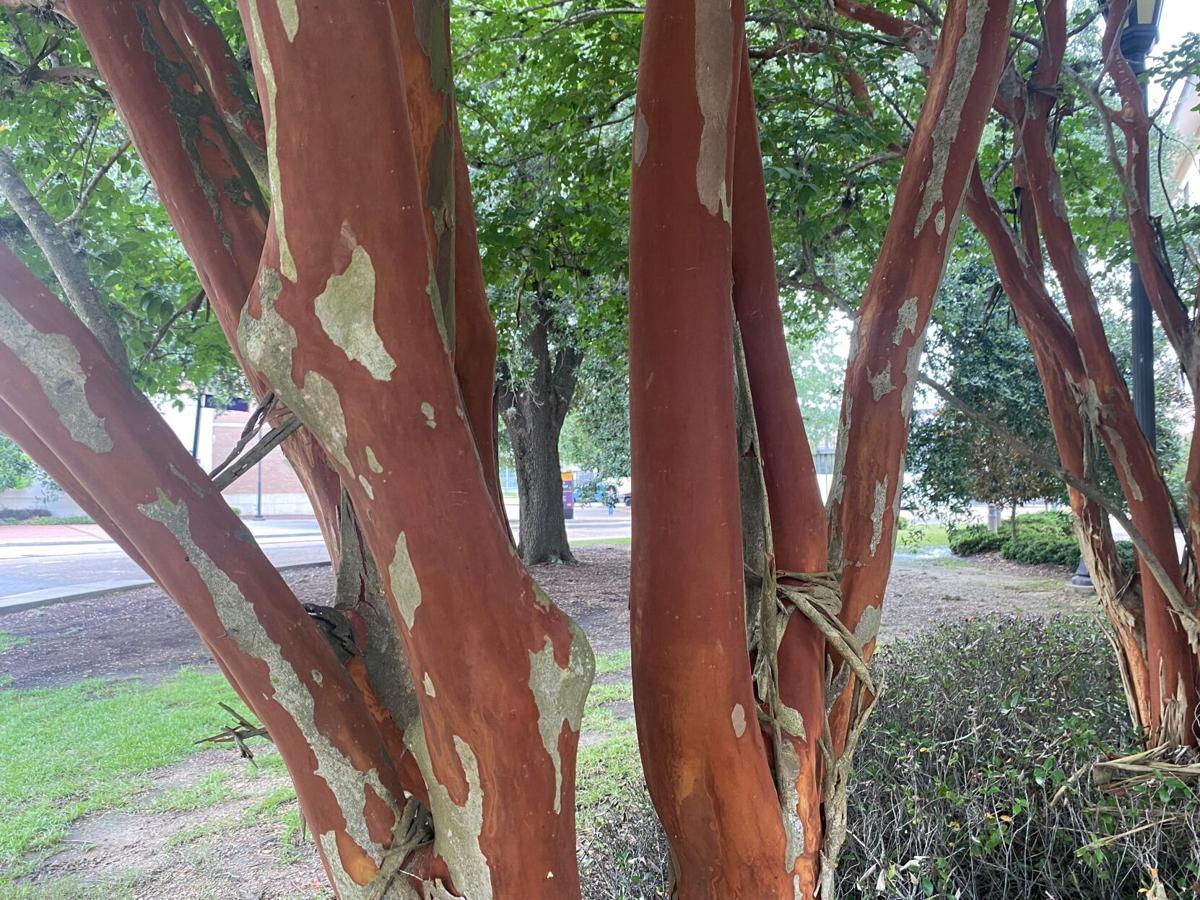 Exfoliating bark on crape myrtles is normal, sort of like a snake shedding its skin so it can grow. 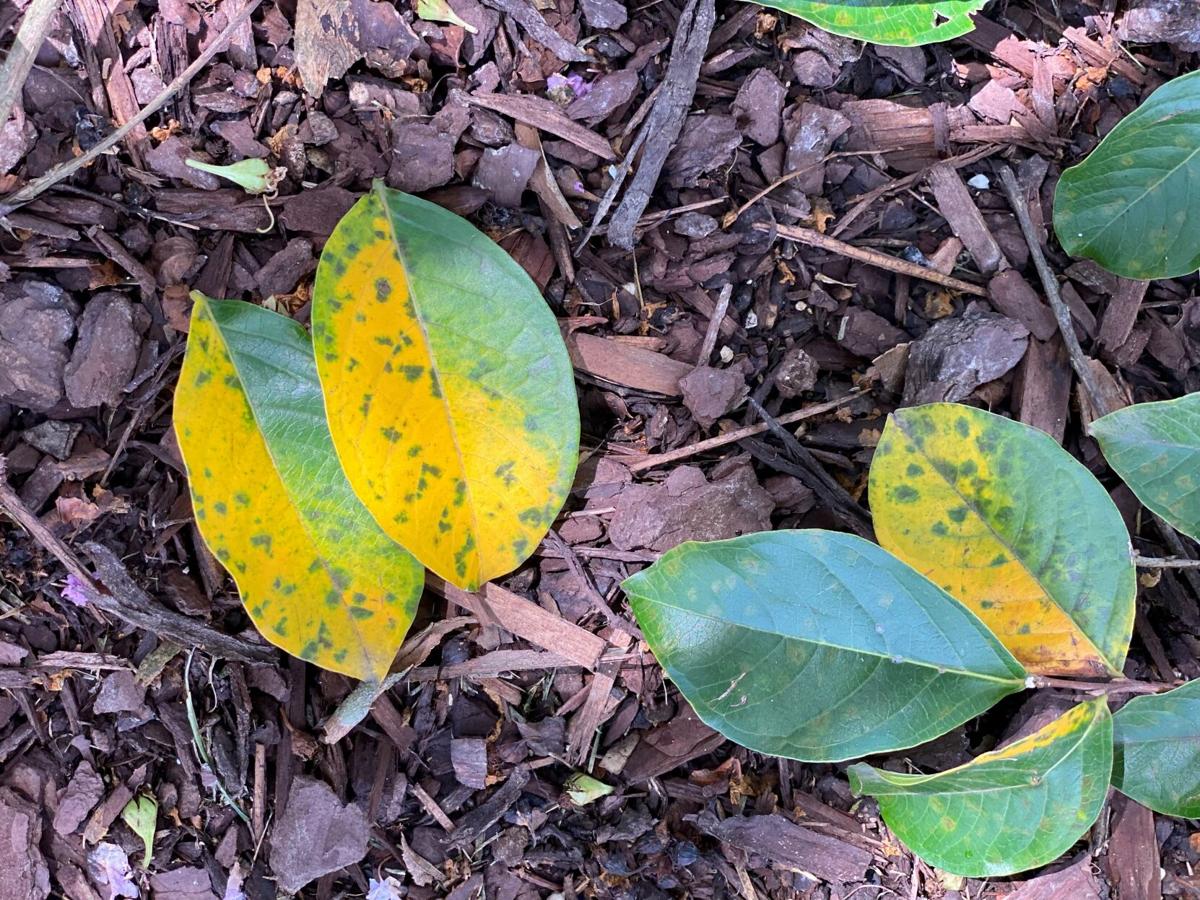 While leaf spot causes crape myrtles to drop leaves, the trees will recover. Pick up and dispose of leaves so as not to spread the problem.

Bark lice are not harmful to crape myrtles; they help clean up the exfoliating bark.

Exfoliating bark on crape myrtles is normal, sort of like a snake shedding its skin so it can grow.

While leaf spot causes crape myrtles to drop leaves, the trees will recover. Pick up and dispose of leaves so as not to spread the problem.

With all the rain over the past few months — we have already surpassed our annual average rainfall and are only halfway through the year — lots of plants are growing wild while others are suffering.

Crape myrtles seem to be doing both, and people have lots of questions about what's going on with these beauties of the South.

Crape myrtle bark scale is probably one of the most serious problems here in the Gulf South. Caused by an insect from Asia, bark scale has a great affinity for crape myrtle trees. The problem usually goes unnoticed until the trees begin turning black with a fungus called sooty mold when it begins to grow on insect droppings.

The insect has spread from the early 2000s throughout the South, affecting more and more trees. The management practices sometimes call for chemicals that can be harmful to the environment and ecosystems if not used properly.

Do your best to catch crape myrtle bark scale early. Treat it with organic options, such as neem or a year-round horticultural oil. You will likely need to apply more than once after seven to 14 days to get newly hatched eggs.

In addition, you can use mild, room-temperature soapy water and a soft scrubbing brush to remove the scale and mold. Heavy infestations may involve using chemicals labeled for use on scales, but these chemicals also will be harmful to pollinators.

Some are concerned about crape myrtles losing their bark. This process is natural and is one of the reasons why they are so lovely in winter.

The process, called exfoliating bark, reveals the smooth inner bark, which can range in color from light tan to gray to cinnamon or rust depending on the cultivar. It can give the bark a paint-by-number appearance.

Crape myrtles traditionally shed every other year. However, they can have heavier years, like this one, because of the exponential growth. It's a similar concept to a snake shedding its skin as it grows. As the trunk expands from growth, they shed their bark to allow the trunk to enlarge. With good rains and sunshine, these trees are growing.

People are also wondering about why trees are dropping their leaves. This also can be in response to the heavy rains.

Waterlogged areas can put stress on the trees, which then drop leaves in response to that stress. Once the soil dries out, if the roots did not suffer significant damage from water, the tree will leaf out again.

Leaf spot is another cause of leaf drop. Leaf spot can be caused by a bacterial or a fungal pathogen. Rake up the leaves and discard them in the trash to prevent any further spread. Trees will leaf out again as moisture levels and pathogens decrease. No chemicals are really recommended to address it.

Another concern that's come up is the clusters of tiny brown-gray insects on the bark of your crape myrtles. These insects are soft-bodied with tiny wings and antennae and may be alarming to see on your tree. However, they do not harm the trees. These insects typically feed on algae, fungi, mold and the exfoliating bark.

Bark lice are the cause of the webbing you see in trees. These insects typically consume their webbing at the end of the season, so are considered beneficial scavengers. They are also a tasty treat for birds.