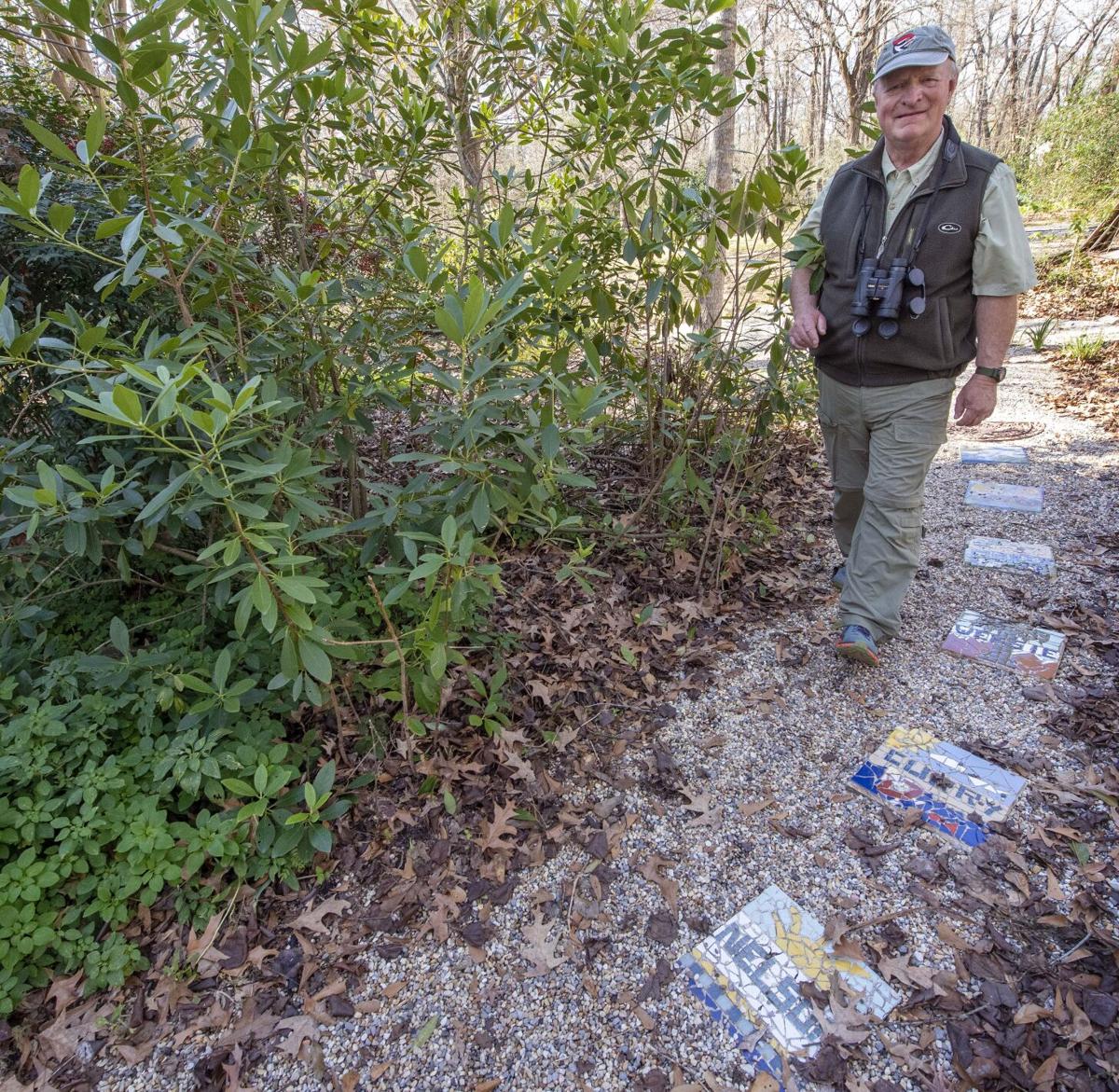 Bill Hines has filled his yard with native plants and trees, like the Florida anise, left, earning him a Louisiana Certified Habitat certificate. 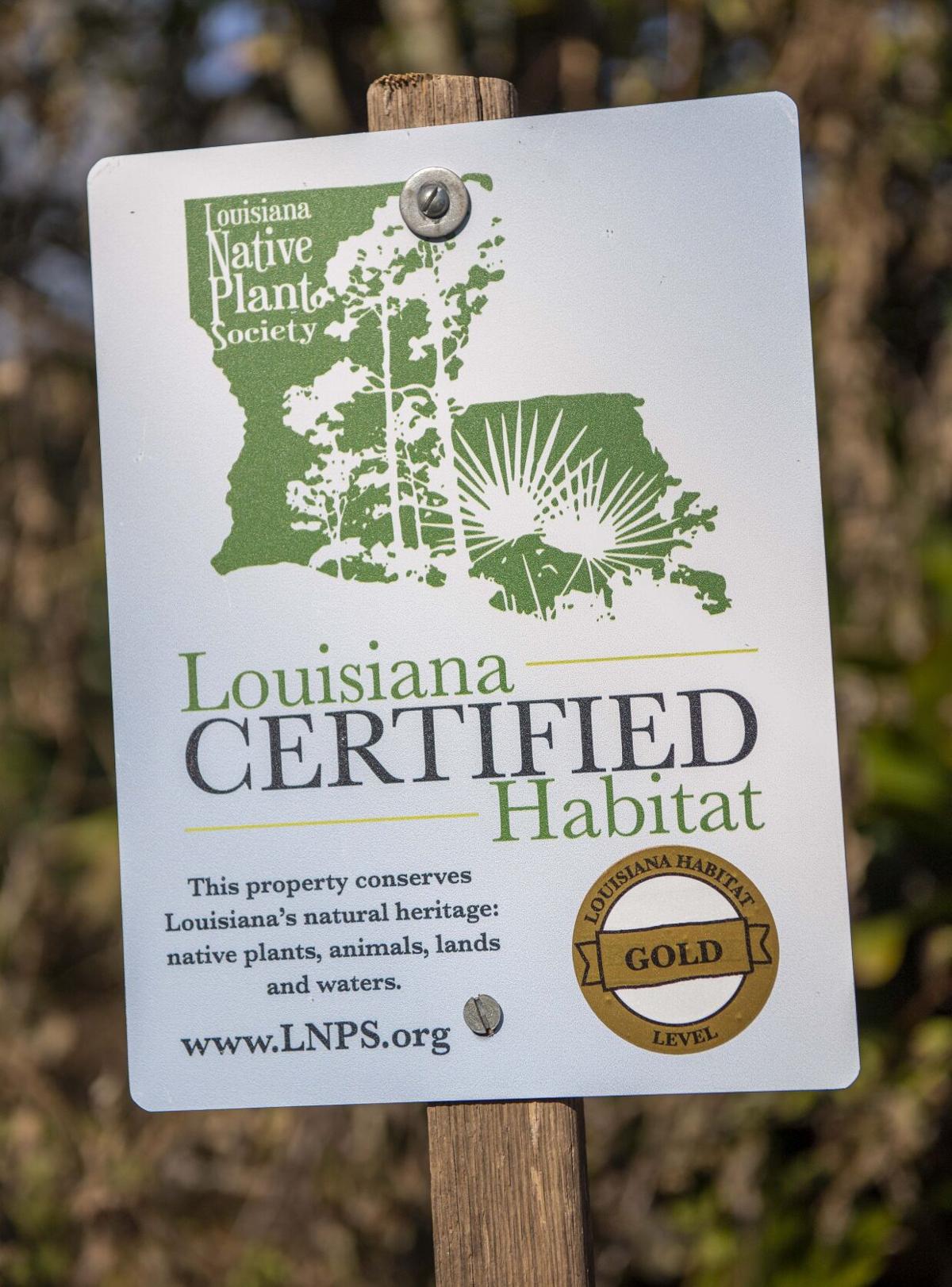 Those who meet the guidelines of the Louisiana Native Plant Society can earn a Louisiana Certified Habitat designation. 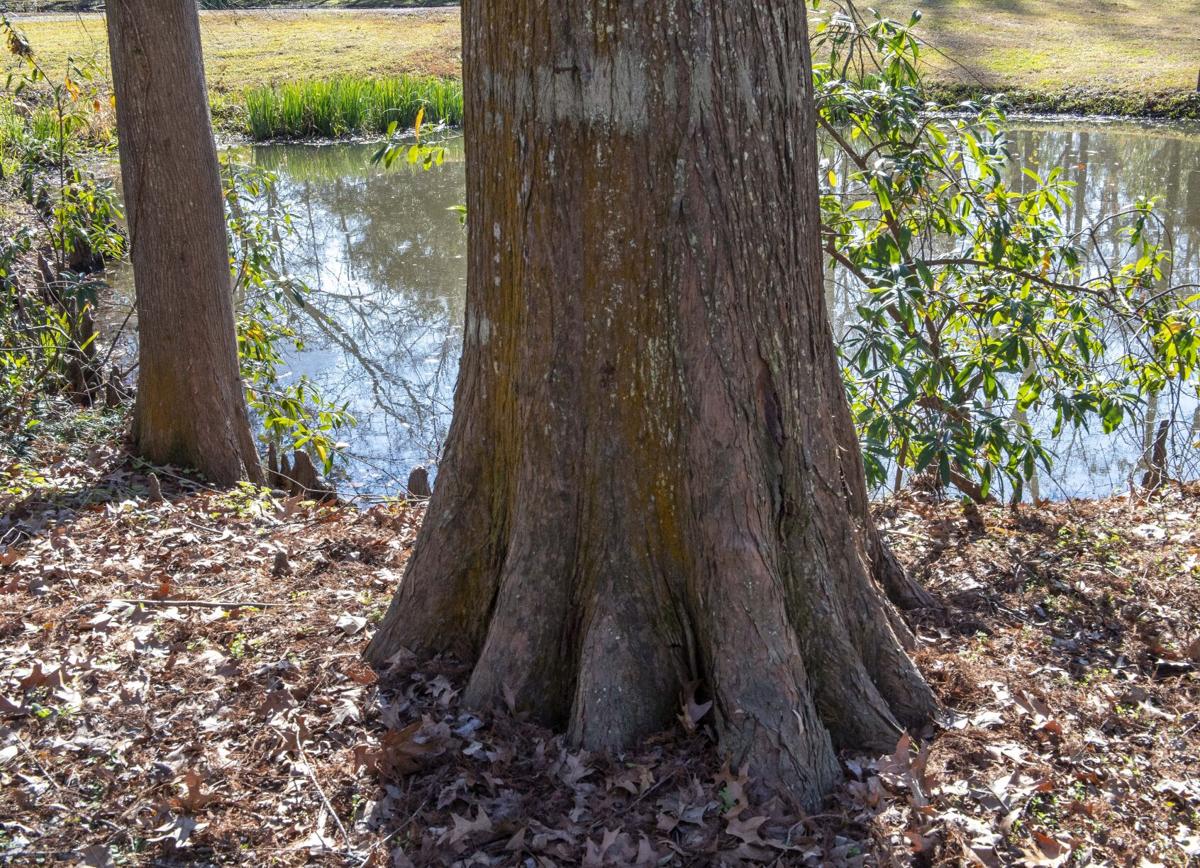 Bald cypress trees, ti-ti bushes and Louisiana irises (across the pond) are among the more than 75 species of native plants found in Bill Hines's yard. 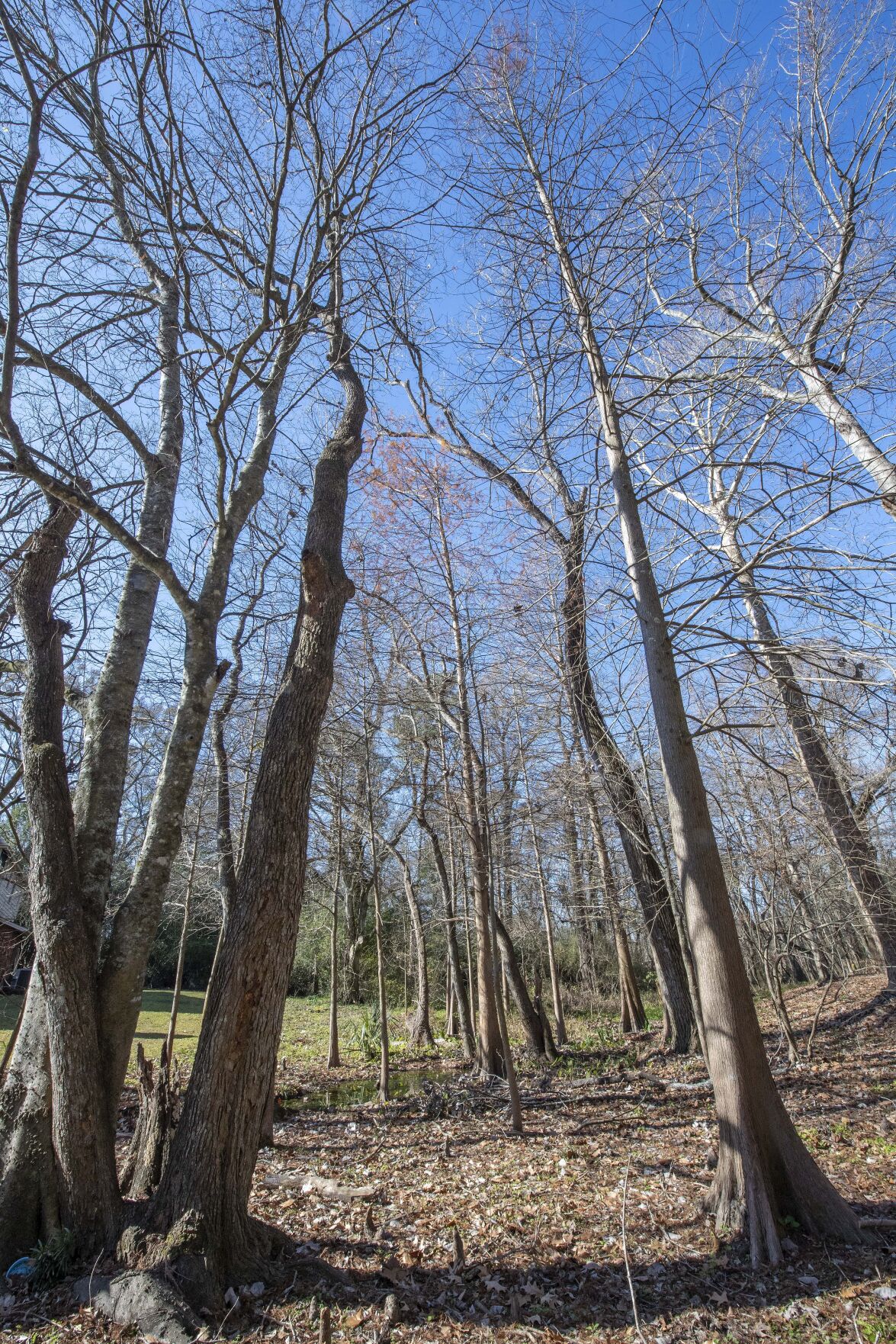 Among the many native plants and trees found in Bill Hines's yard are bald cypress, cottonwood, sycamore, red maple, American elm and buttonbush.

Bill Hines has filled his yard with native plants and trees, like the Florida anise, left, earning him a Louisiana Certified Habitat certificate.

Those who meet the guidelines of the Louisiana Native Plant Society can earn a Louisiana Certified Habitat designation.

Bald cypress trees, ti-ti bushes and Louisiana irises (across the pond) are among the more than 75 species of native plants found in Bill Hines's yard.

Among the many native plants and trees found in Bill Hines's yard are bald cypress, cottonwood, sycamore, red maple, American elm and buttonbush.

Bill Hines has always been a fan of plants and shrubs that grow in these parts of south Louisiana, so much so that he's brought many home to his own Baton Rouge backyard.

As a Boy Scout, he was constantly studying Louisiana's native trees and shrubs, getting a first-class education from LSU Hilltop Arboretum founder Emory Smith, a good friend of Hines's father.

“We used to accompany (Smith) every now and then on his scavenger trips for plants,” Hines said.

He picked up the scavenging habit and continued it with his wife, Bunny, for more than 30 years.

“I’ve been planting things as I’ve found them," Hines said. "We live on a swamp that backs into the Perkins cypress tupelo swamp, so huge native trees were already there.”

So when the Louisiana Native Plant Society started offering certifications for outdoor spaces as native habitats, it was pretty easy for Hines to earn a gold-level designation as a Louisiana Certified Habitat, which requires 75 or more species indigenous to the region.

The program recognizes the efforts of residents, schools and organizations to conserve native plants, with a goal of encouraging property owners and managers to increase and protect the ecological value of their land to benefit wildlife and natural systems.

These plantings form the basis for the natural ecosystems which provide food and shelter for wildlife, including birds, butterflies, bees and other pollinators.

Any size property, from an urban garden to rural acreage, is eligible for LNPS certification, which costs $45. Once an application is approved, a volunteer with LNPS will meet with the owner to verify the property meets a checklist of good land stewardship practices. Those with 75 or more species, like Hines, get the gold certificate; 50 native species qualifies for a silver designation, while 25 species is a bronze award.

The National Wildlife Federation offers a similar garden certification for $25. Visit nwf.org and search for Garden Certification Checklist to find out what you need to do.

“Native plants are no-brainers to me," Hines said. "They are easy to grow, drought tolerant and once established require little maintenance."

So what exactly is a native plant?

Basically, it's a plant that grows naturally in a particular region, state, ecosystem or habitat without direct or indirect help from people. A native species plant is one that has adapted to local soils and climate in long-term relationships with other native plants, animals and fungi. Only plants found in this country before European settlement are considered to be native to the United States.

Native plants can survive scorching heart, torrential rains and frequent droughts. They also have resistance to diseases and pests, with the exception of those brought to this country.

Some exotic plants or those brought from other countries or regions have naturalized by adapting to American soil and climates. Because of seed dispersal, some have become invasive plants, like Chinese privet (ligustrum), coral ardisa and tallow trees. Some species are exotic, but not invasive, like camellias, gardenias and crepe myrtles.

Creating and preserving natural landscapes is particularly important as the U.S. has lost to urban sprawl an estimated 150 million acres of habitat and farmland, according to the National Audubon Society, and the remaining natural areas are not enough to support wildlife.

In his book "Nature’s Best Hope," researcher and professor Douglas Tallamy wrote that the best way to help the environment is to plant native plants in our own yards to act as conservation corridors for wildlife.

Wildlife corridors are especially important for birds in Louisiana, since so many travel through on a major migratory route to and from Central America and South America. The natural spaces provide critical food, cover and breeding areas for these decreasing avian populations.

Hines said sometimes it can be frustrating trying to find native trees and plants. He said he has picked up some at the LSU Hilltop Arboretum's annual sale and a few at local nurseries Clegg’s and Louisiana Nursery.

He and other native plant enthusiasts want to encourage growers and local nurseries to invest more in propagating Louisiana native plants for homeowners to use.

Hines said his neighbors in University Hills subdivision approve of his native plant landscaping, and some have even joined him.

They also like the added benefit: “I collect the bag loads of leaves people set out for trash and use them," Hines said. "It’s the best mulch you can get.”

Those who qualify for the LNPS designation, receive a metal sign: “This property conserves Louisiana’s natural heritage: native plants, animals, lands and waters.”

Posting the sign alerts friends and neighbors, and may inspire them to achieve the same goal with their own yard.

The Louisiana Native Plant Society is a good resource for discovering suggested native plants for your yard. Some possibilities for your yard may include:

Since 2006, National Seed Swap Day has been celebrated every year on the last Saturday of January. This year's swap, where gardeners come toge…