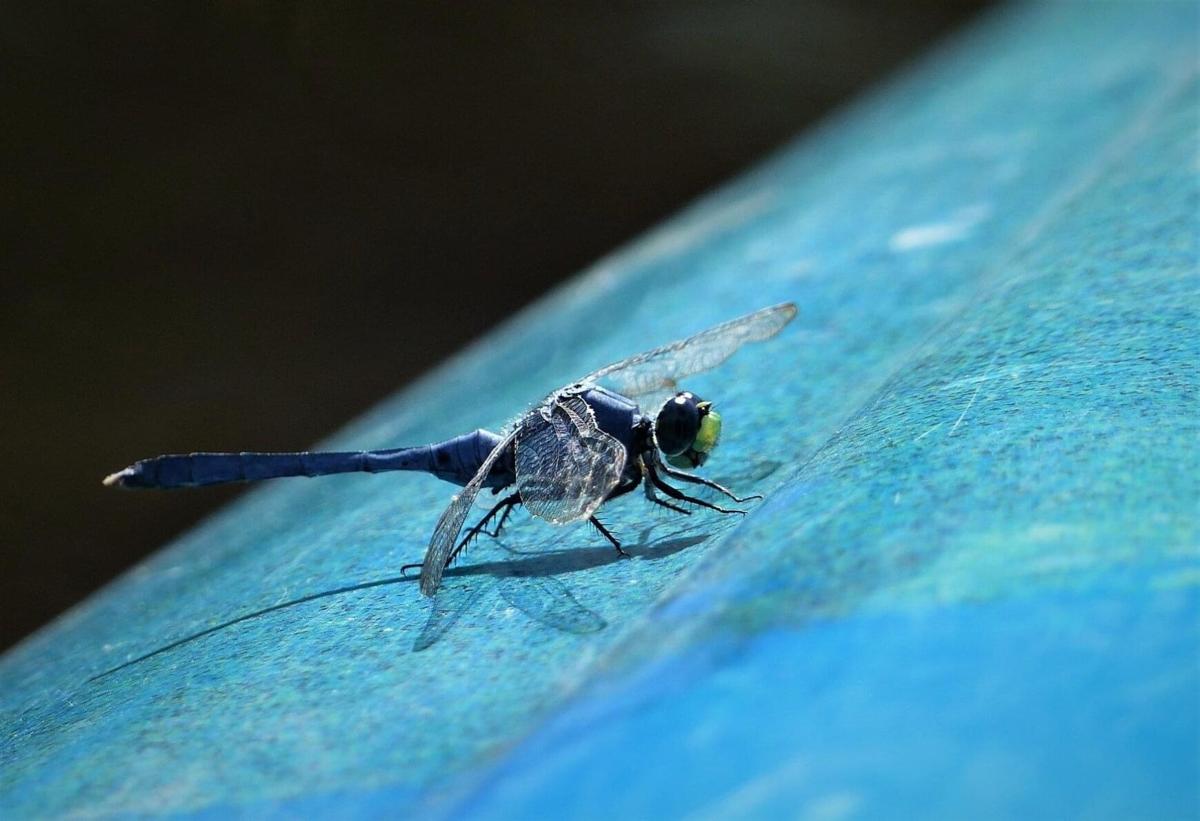 Dragonflies, also known as mosquito hawks, are top pilots of the insect world, reaching speeds of up to 35 miles per hour. 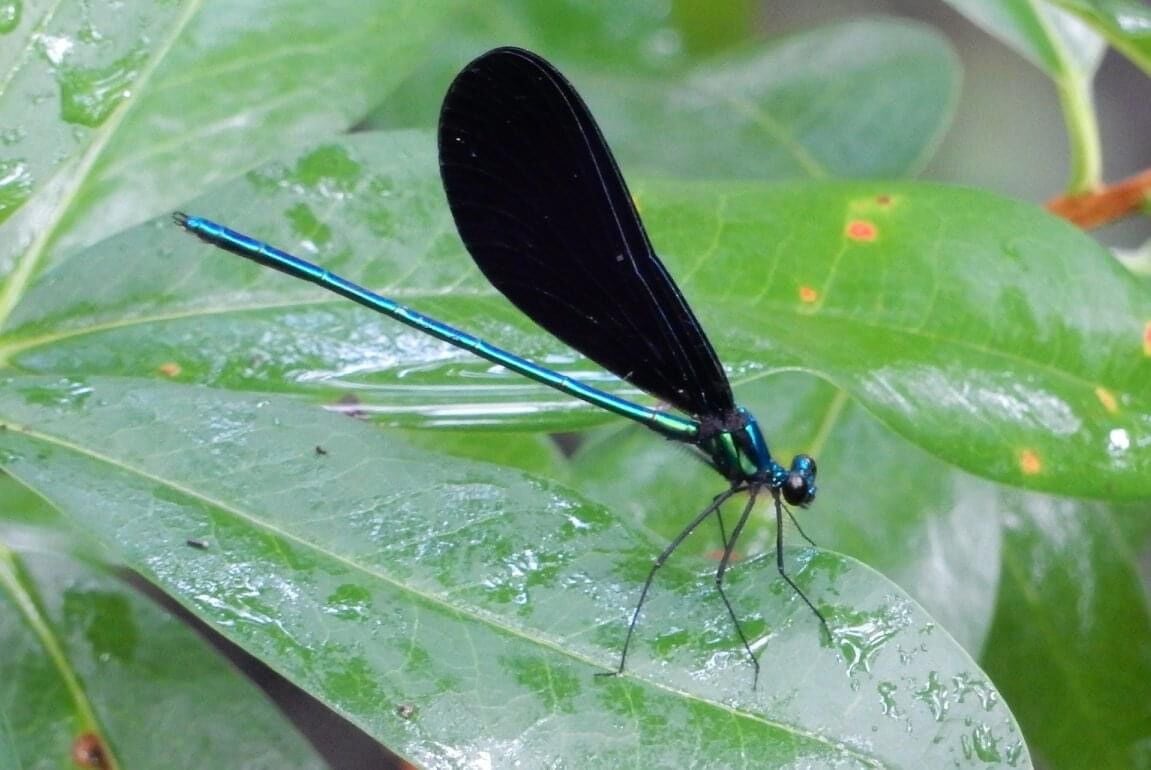 Damselflies, unlike dragonflies, close their wings when resting. 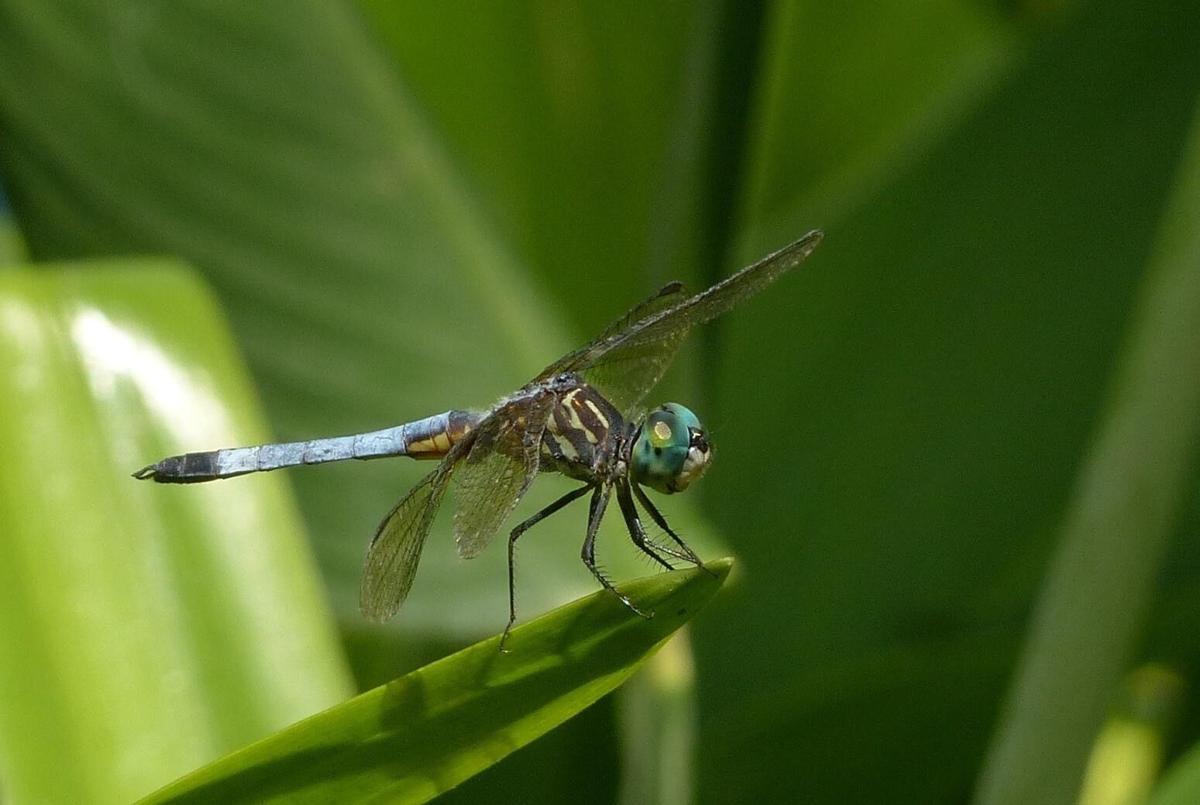 Dragonflies perch at the top of tall grasses so they can launch quickly when an edible insect comes by.

Dragonflies, also known as mosquito hawks, are top pilots of the insect world, reaching speeds of up to 35 miles per hour.

Damselflies, unlike dragonflies, close their wings when resting.

Dragonflies perch at the top of tall grasses so they can launch quickly when an edible insect comes by.

With their gossamer wings and flight skills that would make a top pilot jealous, dragonflies and damselflies are the symbols of Louisiana summer.

Dating to prehistoric times, these predators hover and zip, reaching speeds of up to 35 miles per hour, performing aerial maneuvers with ease, flying backwards or lifting off vertically, helicopter style.

And, while they look very similar and are both members of the insect order Odonata, dragonflies and damselflies are different. The main ways to tell them apart are by their eyes, wings, body types and styles of flight.

A dragonfly's eyes touch, or nearly touch, at the top of the head. Their bodies are usually stocky, and, at rest, their wings are held open, horizontally or downwards. Dragonflies are stronger, faster fliers and typically fly out in the open.

The eyes of damselflies are clearly separated, situated to each side of the head. Usually long and slender, their wings are closed at rest. Damselflies are weak fliers, tending to stay low to the ground, near the water’s surface or among vegetation.

Neither stings nor bites people.

Jeanell Strickland, along with her late husband Gayle, spent about eight years photographing both, before turning their efforts into a book.

Using butterfly nets, they would catch and photograph these whimsical insects and then let them go.

Inspired by an impressive “Digital Dragonfly” website from Texas A&M University, the couple set off to produce color plates of Louisiana's dragonflies and damselflies to help with more precise identifications.

The plates were eventually published in "Dragonflies and Damselflies of Louisiana," a book by the Louisiana State Arthropod Museum. It includes 118 species of dragonflies and damselflies and provides both top and side high-resolution life-size images of both males and females.

“The book is not meant to be a field guide by any means," Strickland said, "but it may be a helpful supplement to one.”

Unlike some insects that need a specific plant to breed — monarch butterflies depend exclusively on milkweed — dragonflies and damselflies must have plants on which they can perch, such as the tops of tall grasses or branches. From there, they can launch and catch their prey — all types of insects, including mosquitoes. That's where the common name mosquito hawks comes from.

“One benefit of dragonflies versus other insects is that they often remain still when they perch, making it easier to get a good photograph,” Strickland said.

She also noted that unless you live near water, "the dragonfly you’ll see in your yard will probably be a female. Females don’t want to be harassed and harangued by the males. The males hang out by the water because they know females will come there to lay their eggs."

There’s no point in collecting these insects for mounting.

“Dragonflies and damselflies lose their color and turn black, brown or gray once they’re dead," Strickland said. "And you can no longer see the depth of their eyes.”

These insects are important to the environment both as predators and food for birds and fish. Because they require stable oxygen levels and clean water, they are considered indicators of the health of an ecosystem.

Common dragonflies spied in Louisiana are the Eastern pond hawk or the Blue Dasher. Strickland said it’s only been since the late 1970s that the Dragonfly Society of the Americas settled on the common names of each species, which may be why there have been a limited number of resource guides.

With names like Ebony Jewelwing, Blue-fronted dancer or Halloween Pennant, it’s easy to identify a few species by sight.

“They are just beautiful,” Strickland said.

To find out more about these insects, visit the Facebook group Louisiana Dragonflies and Damselflies.