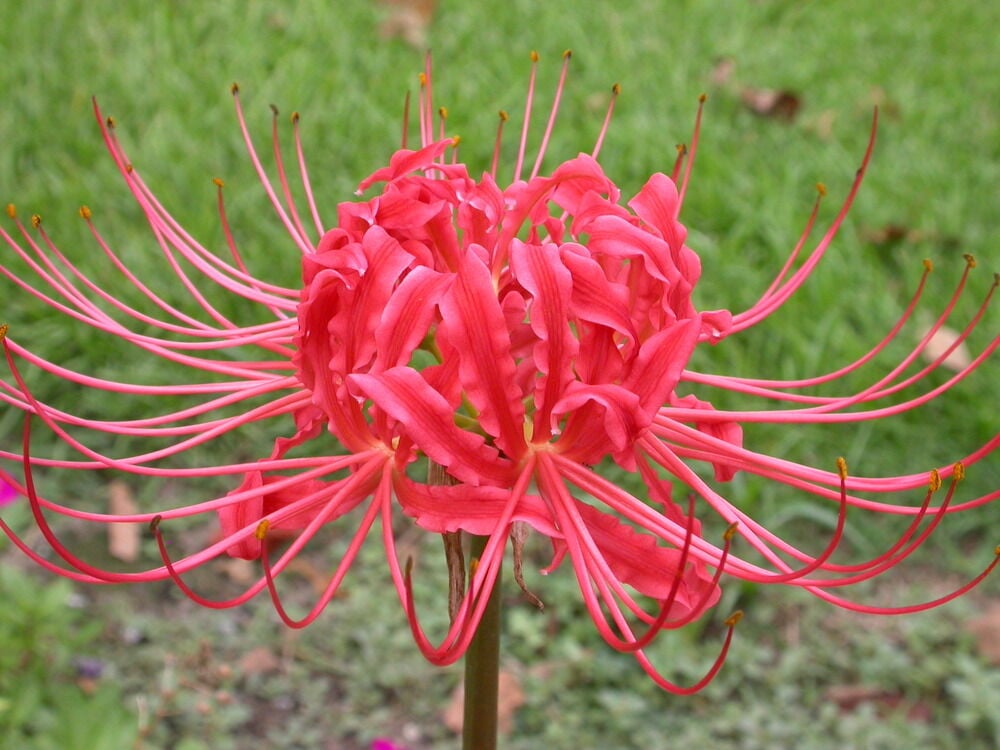 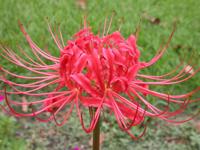 The extremely long stamens give the red spider lily its name. 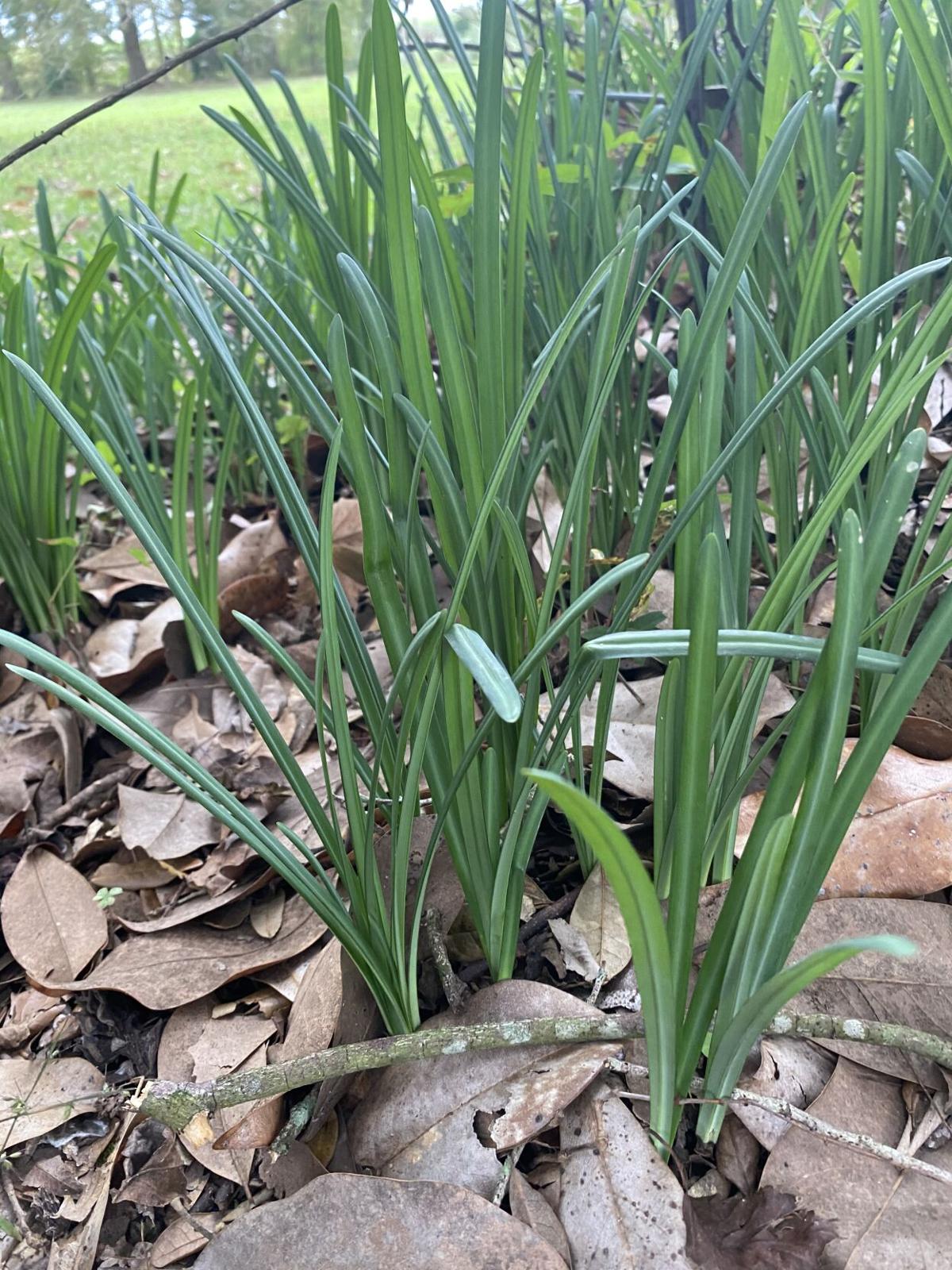 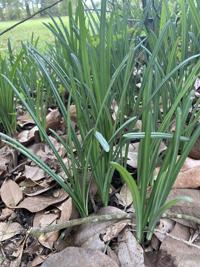 The extremely long stamens give the red spider lily its name.

We know them as spider lilies, but these gorgeous red blooms go by lots of names — surprise lilies, naked ladies and, in Florida, hurricane lilies.

These beautiful red flowers seem to pop up out of nowhere in late summer, usually in August and September, their blooms coinciding with hurricane season, hence one of its names.

If you are looking for great texture, showy single blooms and fall color, this is the bulb for you. These lilies make great cut flowers because of their large, unique blooms on a single, long stem.

While we see a lot of red in our landscapes, it also pops up in white, golden, blue, purple and pink, and makes a gorgeous addition to your landscape.

These lilies prefer rich, well-drained and slightly alkaline soils. Plant the bulbs in fall or early spring about 12 inches apart with the pointed end up and their necks just above the surface of the soil. If bulbs are planted too deep, they may not flower.

Each bulb can produce one to four flower stems, and each cluster lasts about two weeks or longer if protected from wind and sun. Bulbs do not typically all flower at once. With subsequent rain, sequential flowering occurs.

Red spider lily is a classic Southern garden plant, but they have been cultivated since early recorded history in China, Korea and Nepal, making their way to Japan and then to the United States in the early 1800s. Since then, the plant has been naturalized and is now considered an heirloom plant in the southern U.S., where it is commonly passed on to fellow gardeners.

It has narrow, strap-like petals with extremely long stamens, which give it a spider-like appearance. This variety does best in partial shade and does not tolerate direct sunlight. However, too much shade can prevent it from blooming.

This common variety does not produce seeds, helping it grow faster and resulting in large clumps of bulbs that can be divided every three to five years after leaves die back and bulbs go into dormancy in late spring or early summer.

White spider lily flowers in clusters of six to eight blooms on 12- to 18-inch stalks with long, curved stamens, making it an excellent cut flower. Leaves emerge in fall and die in spring. It does not produce seeds.

Naked ladies produce strap-like leaves in spring that disappear in summer. In fall, trumpet-shaped, purple-pink flowers bloom on 18-inch stalks that pop out of the ground, making it another great cut flower specimen for the garden.

Golden spider lily produces yellow clusters of trumpet-shaped flowers on stems 18- to 24-inches tall, and leaves with a blue tint emerge in fall, producing a larger plant than the red spider lily.

Surprise lily is one of the few spring-leafing spider lilies. It develops leaves in early spring that die in early summer. The trumpet-shaped flowers are magenta-pink with bright blue tips at the ends of petals, and unlike other lilies, it blooms in July — earlier than other varieties.

Spider lilies are relatively resistant to diseases and pests. Deer and squirrels do not eat them because of the toxic chemicals they produce. In Japan, spider lilies are used as a planting around rice paddies and houses to keep pests and mice away. Keep this in mind if you have small children. The flowers draw in birds, bees and butterflies to drink the nectar.

Over the years, if you notice a decrease in blooms, you likely have an issue of overcrowding. Divide and separate bulbs every three or five years to keep them from crowding. Carefully dig bulb clumps in late spring or early summer when they are dormant after leaves have begun to fade.

Replant the bulbs in a new place or share them with friends and neighbors. Disturbed bulbs and newly planted bulbs may not bloom in the next season.

The bulbs can be challenging to find, so look for them in summer and fall in garden centers and nurseries. Or, better yet, ask a friend to share.

Palm trees are great in the landscape, but these new diseases are killing them

If you want a tropical look in your landscape, palm trees can provide it.