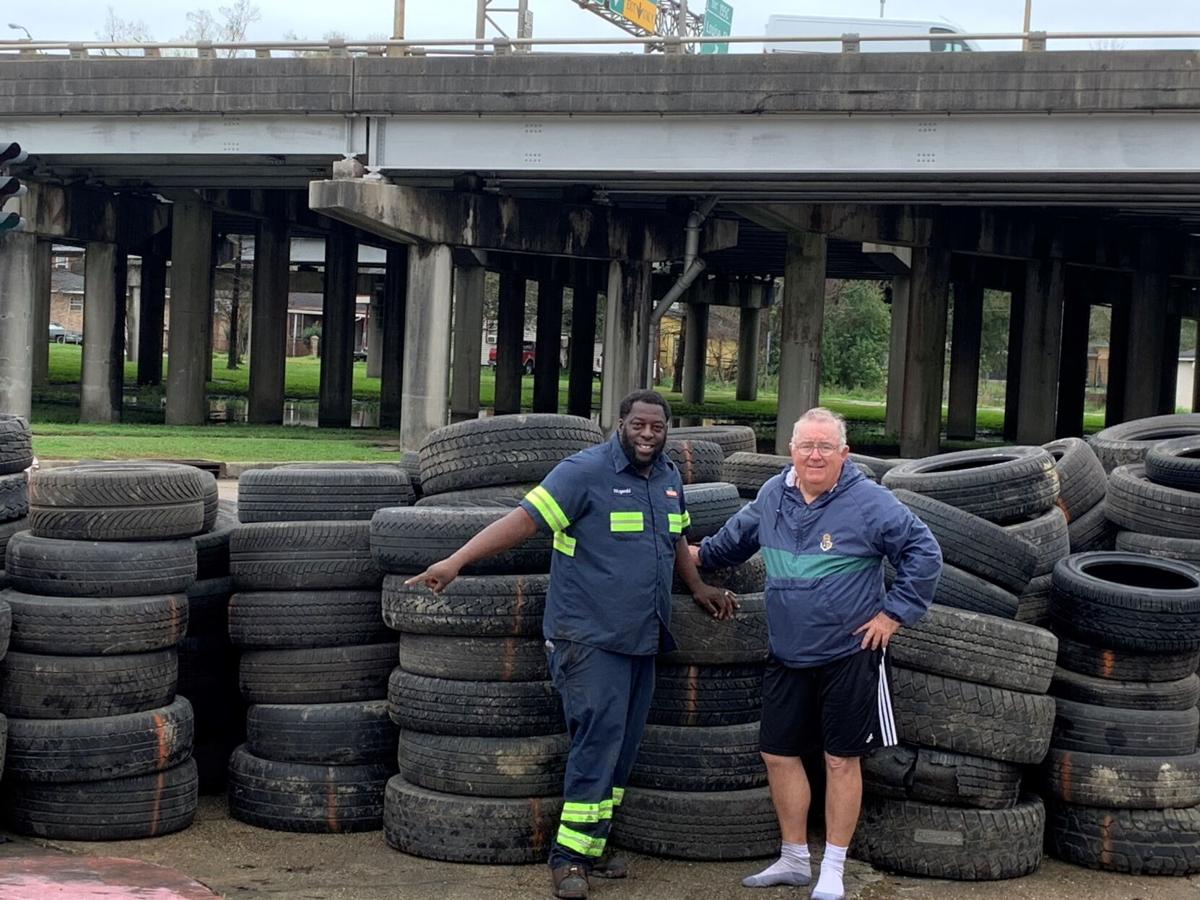 Perry 'Matt' Thomas, right, thanks John Fitzgerald Christopher, of Big Boy Lawn Service, for his help in cleaning up tires dumped on vacant lots around town. 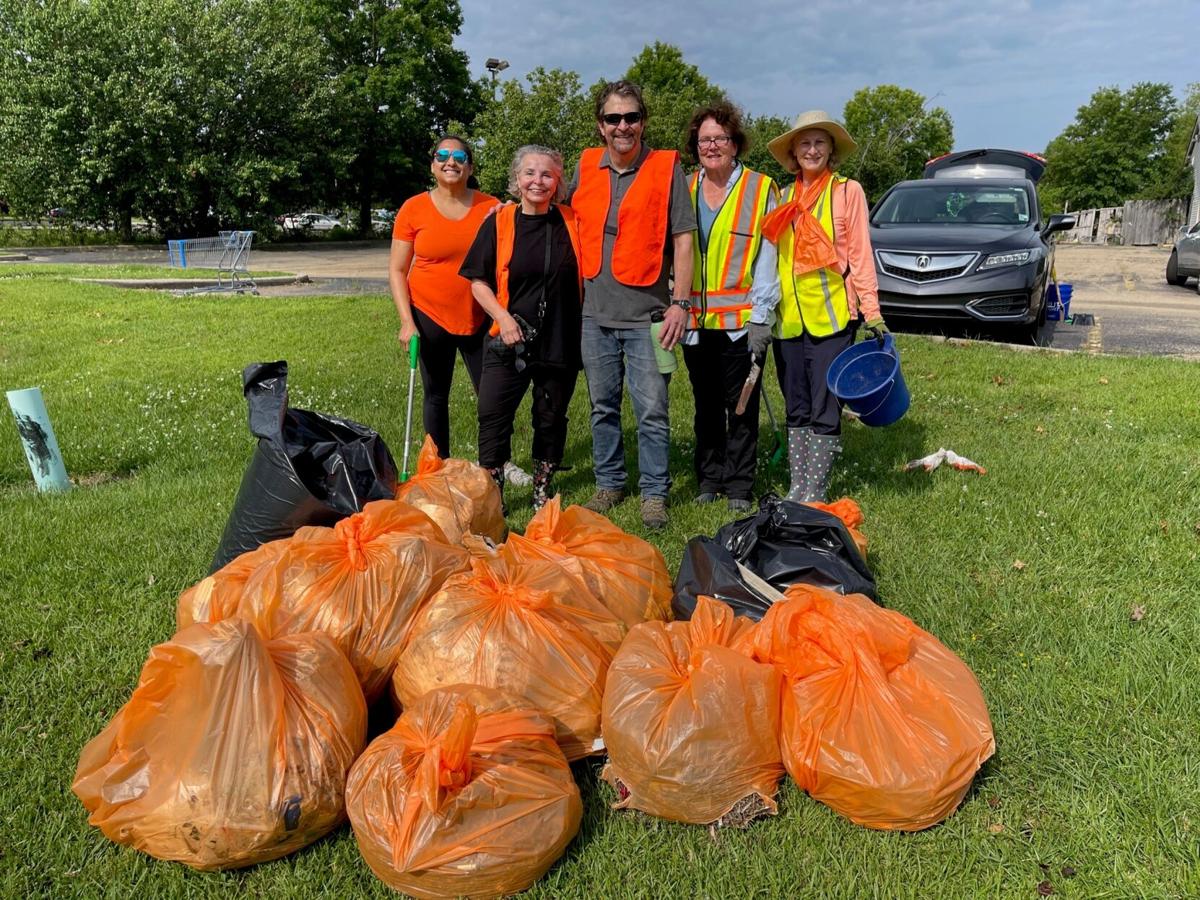 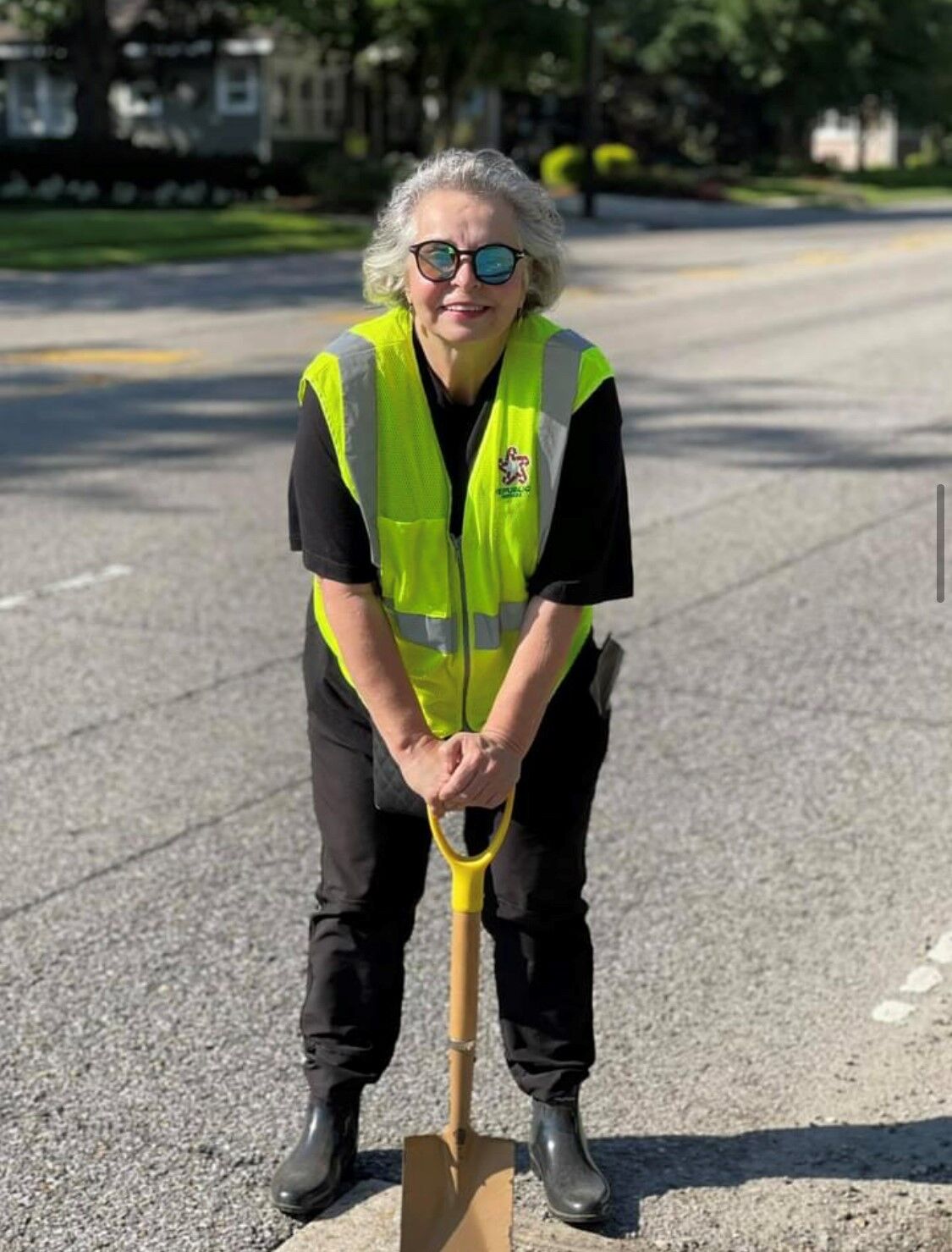 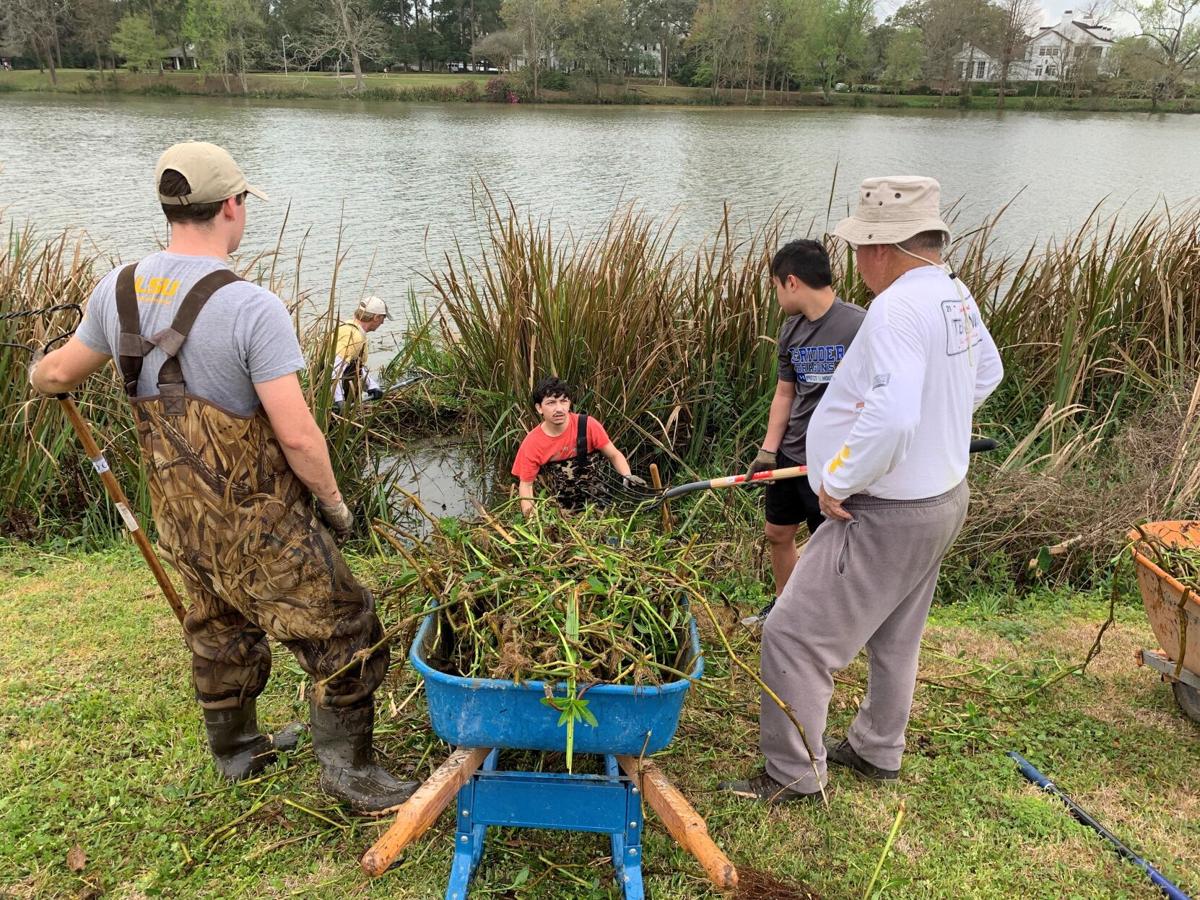 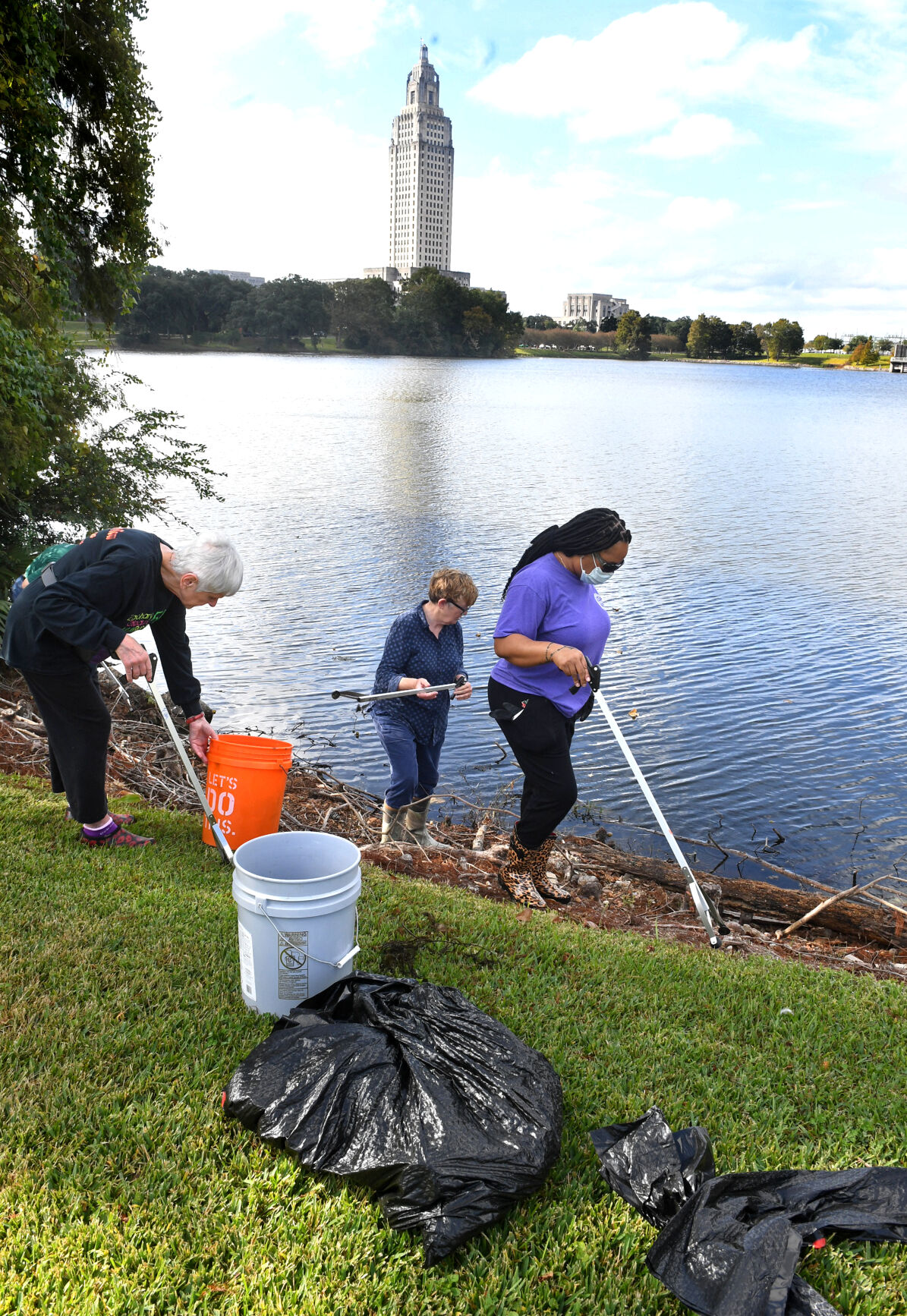 Marie Constantin, center, along with volunteers Larry Bird, left, and LaNita Domino pick up trash at Capitol Lakes, an effort Constantin started a few years ago. 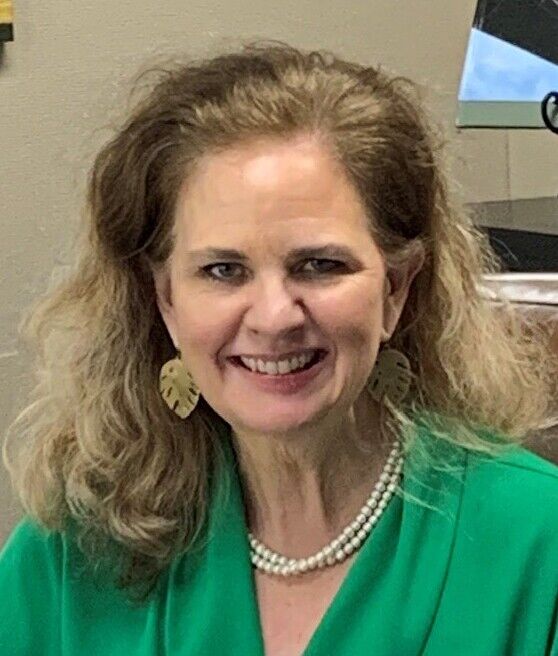 Johanna Landreneau is co-founder and executive director of Clean Pelican, formed to to help combat litter in Baton Rouge. 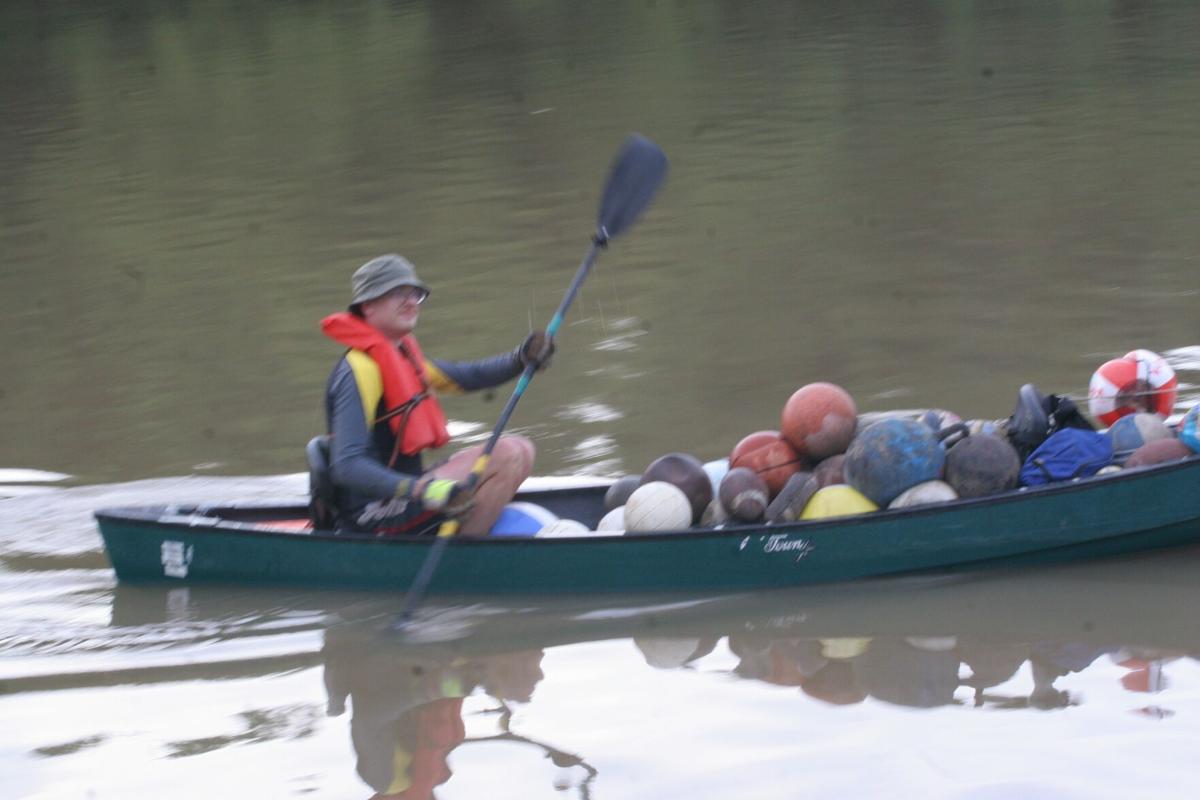 Nathaniel Klumb paddles the waterways through Baton Rouge collecting litter, including lots and lots of balls, as he goes.

Perry 'Matt' Thomas, right, thanks John Fitzgerald Christopher, of Big Boy Lawn Service, for his help in cleaning up tires dumped on vacant lots around town.

Marie Constantin, center, along with volunteers Larry Bird, left, and LaNita Domino pick up trash at Capitol Lakes, an effort Constantin started a few years ago.

Johanna Landreneau is co-founder and executive director of Clean Pelican, formed to to help combat litter in Baton Rouge.

Nathaniel Klumb paddles the waterways through Baton Rouge collecting litter, including lots and lots of balls, as he goes.

The "litter warriors" who have taken it upon themselves to clean up the city are living examples of anthropologist Margaret Mead's wise words: “Never doubt that a small group of thoughtful, committed citizens can change the world: indeed, it's the only thing that ever has.”

These volunteers devote countless hours each week to rallying others to the cause and picking up trash, whether it's walking through neighborhoods, along the interstate and commercial areas or paddling through bayous and creeks.

For years, Jennifer Richardson has helped those recruited to work in Baton Rouge find a place to live. She grew weary of seeing their first impressions of the city.

“There was not one thing that showed the beauty of Louisiana and our city," Richardson said. "It just kept getting worse, and I couldn’t stand it anymore.”

In January, she posted a Facebook notice asking people to meet her at 6:30 on a Saturday morning at the corner of Essen Lane and Jefferson Highway to pick up litter.

“That was one area where I couldn’t stand the sight of the trash anymore,” she said.

It was a cold, dark day, and she got there early.

“I kept watching to see if anyone would show. All of a sudden, I looked up and saw 15 people, and my heart jumped out of my chest,” Richardson said.

The group picked up 41 contractor-sized bags of trash that morning. Before and after photographs of their work went viral on Facebook.

Since then, Richardson has rounded up volunteers to meet on Saturdays in different sections of the city. She sometimes provides volunteers with homemade cookies or muffins.

“I arranged for a bagpiper to come and play for us on St. Patrick’s Day Saturday,” she said. “I like to keep things fun.”

Her Facebook group, “Keep Tiger Town Beautiful,” now has more than 700 followers, and about 10 to 25 volunteers show up for each litter pickup. Volunteers are asked to wear rubber boots and gloves, bring refillable water bottles and wear sunscreen and a hat.

“We’ve been doing litter pickups four times a month for the past 6 months, and it’s amazing to see what a difference we’ve made in such a short time,” said Richardson, adding that volunteers include lawyers and doctors, even the homeless.

She also helps others organize litter pickups in their parts of town. The few donations she receives are used to purchase supplies — mostly garbage bags. The Keep Baton Rouge Beautiful organization also has loaned her equipment.

Recently, because of the rains and flood concerns, Richardson and her crew have concentrated on cleaning drains where debris has built up. In March, the East Baton Rouge Metro Council awarded her a certificate of recognition for her work and dedication, and several councilmembers and the mayor have joined the litter pickups.

Her hope is to inspire others to clean up their neighborhoods, raise awareness of the litter problem and encourage people to pitch in.

“Litter affects everybody. Litter begets litter, and we have this Mardi Gras mentality that someone else will pick it up because we pay taxes. Our problem is bigger than that,” Richardson said. "Aside from how ugly it is, all of the litter and plastic is going into our water system, it’s killing our wildlife. We are ingesting microplastics when we eat and drink.”

Matt Thomas is a veteran litter warrior who has been cleaning up areas in Baton Rouge for over a decade.

He began a clean-up effort at the University Lakes in 2008, and, with his neighbor and former U.S. Congressman Henson Moore, he founded the nonprofit organization The University Lakes Improvement and Preservation Association, or TULIPA, and organized volunteers to clean up areas around the LSU lakes.

Thomas said the idea was to make the area more attractive and safer for joggers and lake visitors by removing overgrowth on the banks, which provided hiding places for muggers or thieves who were breaking into cars.

Since the formation of TULIPA, Thomas has helped organize and clean out invasive plants, including water hyacinth and alligator weed, that were taking over at both the LSU lakes and at BREC’s Blackwater Conservation Area. He now has his eye on combatting the algae build up that has troubled University Lake and City Park Lake for the past two years.

Thomas has organized and participated in litter and blight cleanups in several areas in north Baton Rouge. In 2019, he was dubbed “blight general” as he organized teams to help clean up 22 tons of blight, trees, bushes, litter, carpeting and even dead animals for the Walls Project/Operation Fresh Start in celebration of Martin Luther King Jr. week.

He joins Richardson and her volunteers on Saturdays, helps clean-up efforts at Capitol Lakes and cleans up old cemeteries. He’s also helped design a blight and litter removal program for Plank Road.

Working with the Mayor’s Office, Thomas has removed over 2,000 used tires from known dump sites in Baton Rouge. Thousands of abandoned tires continue to be dumped illegally in the city’s poorest neighborhoods, he said, causing blight and endangering the health of those in the neighborhoods as they hold stagnant water where mosquitoes breed.

“We need to change the laws concerning disposal fees to remove the financial incentives to dump these tires,” Thomas said.

Marie Constantin has been an avid litter warrior for the Capitol Lakes. She has studied the problem extensively and has organized several cleanups at Capitol Lakes with crews of volunteers who have collected over a thousand bags of litter since she started her litter cleanup program a few years ago.

She, along with supporters, helped form the Louisiana Stormwater Coalition in hopes of funding a program to help with stormwater rain and runoff, like programs existing in over 160 cities in Florida.

“Louisiana is No. 1 in rainfall, causing us to have to live with the massive amounts of stormwater; yet, we don’t have a way to treat and manage it,” she said.

That stormwater carries tons of litter into the lakes, a major watershed for the parish, as well as rivers, bayous and streams.

“The volume of litter now sitting in our watersheds is way beyond what Girl Scouts can pick up,” Constantin said. “Our grandfather’s litter was not toxic; this stuff is toxic. And we are eating and drinking plastics from our food and water supply."

With support from the Baton Rouge Area Foundation, the group has received the go-ahead to purchase and install a boom to help intercept litter in the lake, but Constantin said plans are still in the making for improvements which will require public support.

In 2011, mostly out of curiosity, Nathaniel Klumb and his friend Mike Tilley decided to see if they could paddle their way through the waterways in Baton Rouge.

It opened their eyes to the amount of litter in those streams and creeks.

Now, thanks to a yeoman’s effort of trail clearing and litter clean up, they have created the Bayou Fountain recreational paddle trail.

PaddleBR was formed in 2015 with a mission to promote awareness of access to and conditions of local waterways. Cleanups are big part of that effort.

“Our record for litter pickup on the channel of Ward’s Creek is 144 bags in three hours,” Klumb said. “Some folks might get discouraged when they see the amount of litter, but I see it as a giant improvement. My default is always, ‘Look how much better we’ve made things.’ I always feel great at what we accomplished.”

With a vision of “clean land, clear water” and a tagline of “love, not litter,” Clean Pelican was formed in March to help combat the litter problem in Baton Rouge.

Johanna Landreneau is a co-founder and executive director, and has been organizing litter pickups around the city, sometimes joining with other like-minded groups.

“Our mission is to create and maintain a clean, beautiful city where families and business want to stay, work and play,” she said.

Clean Pelican also is interested in trying to work with local and state governments to make policy changes so better enable enforcement of litter laws.

“Picking up litter changes your life. You’ll not want to use a plastic straw as much, you’ll not want to use Styrofoam like I was using, and you’ll actually start getting some sustainable containers to drink water and beverages out of. We hope to see others join our movement,” Landreneau said.

The litter warriors say there is much more to do to beautify our city and invite you to join them.

This information is presented in conjunction with Louisiana Master Naturalists of Greater Baton Rouge, which seeks to advance awareness, understanding and stewardship of the natural environment. For more information, email info@lmngbr.org.