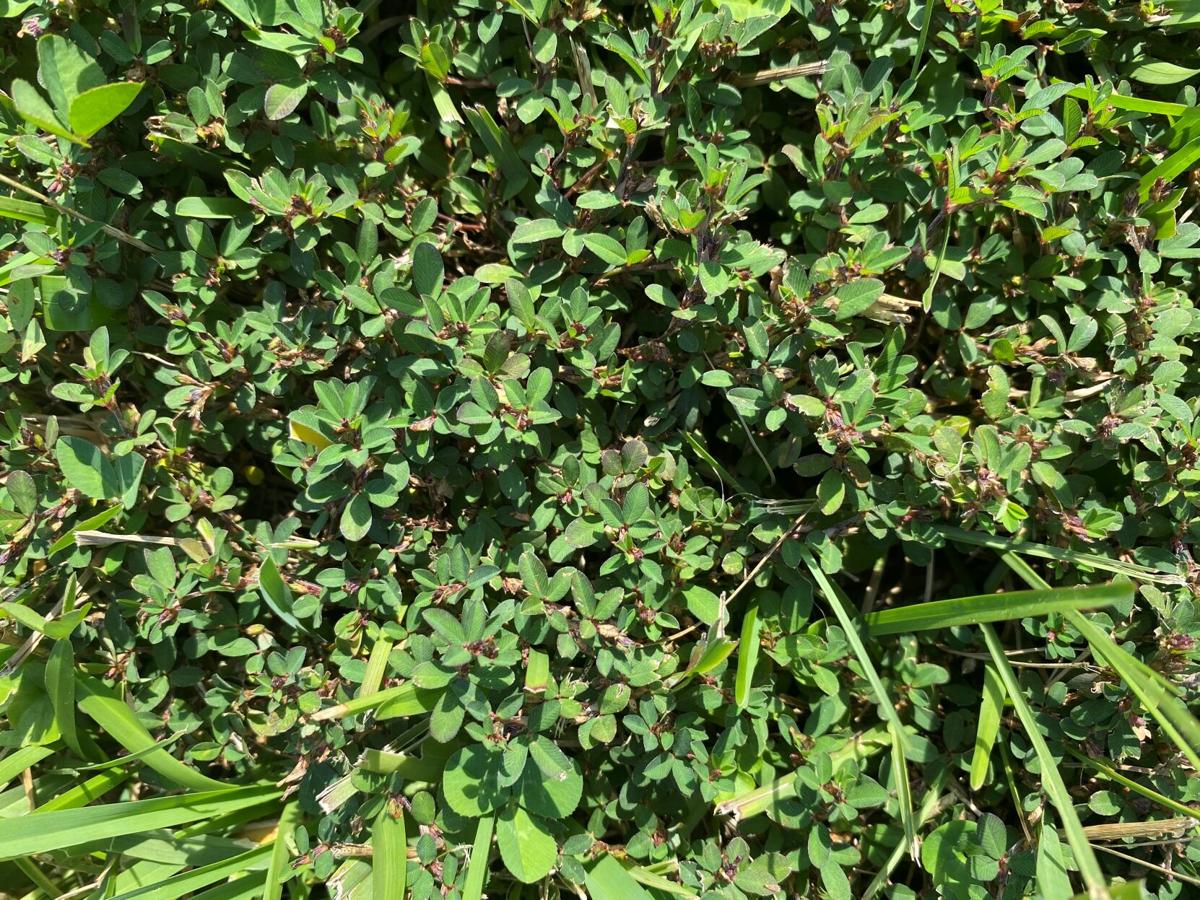 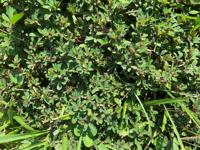 If you're seeing the common lespedeza weed in your lawn, it's a sign the grass dry, compacted and low in nitrogren. 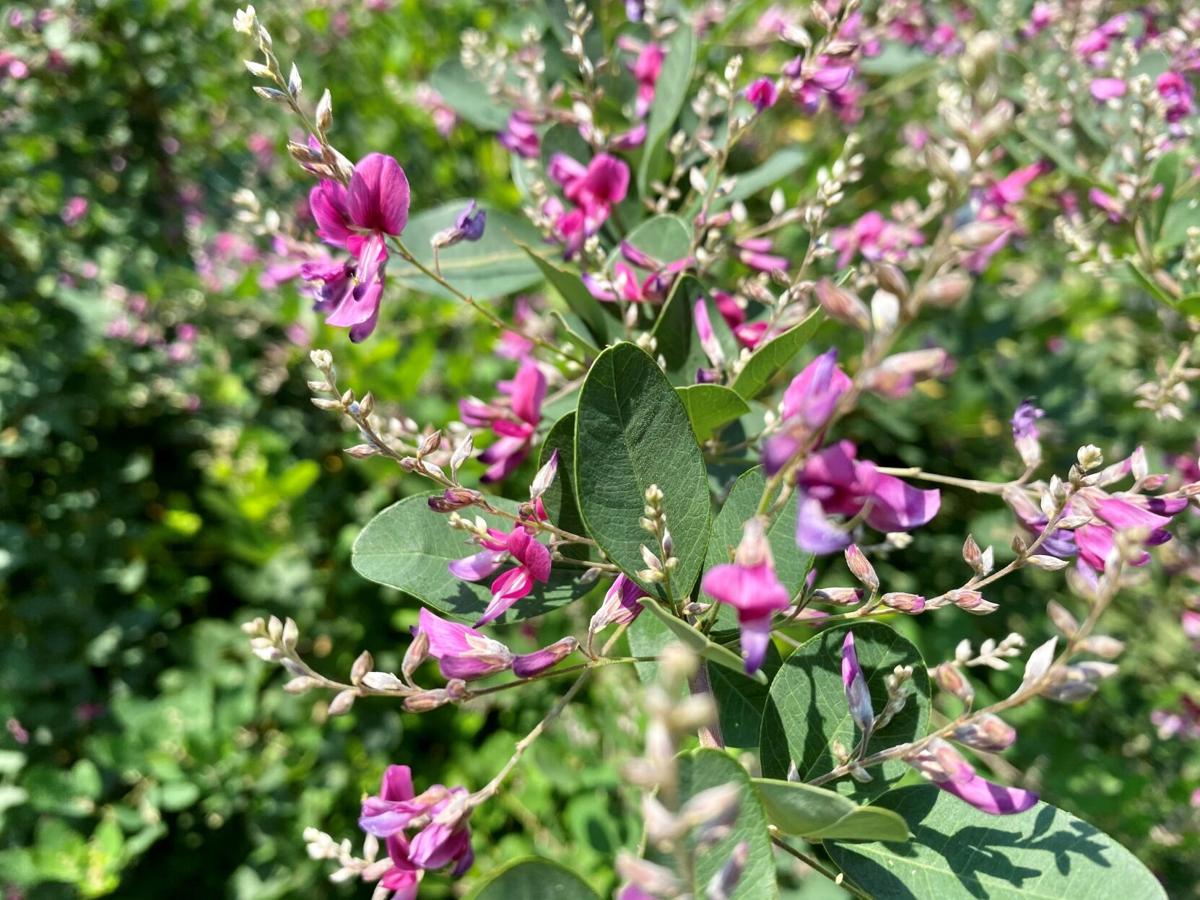 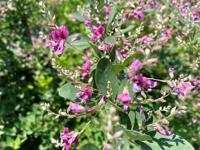 Unlike common lespedeza, Thunberg’s lespedeza is a gorgeous shrub. 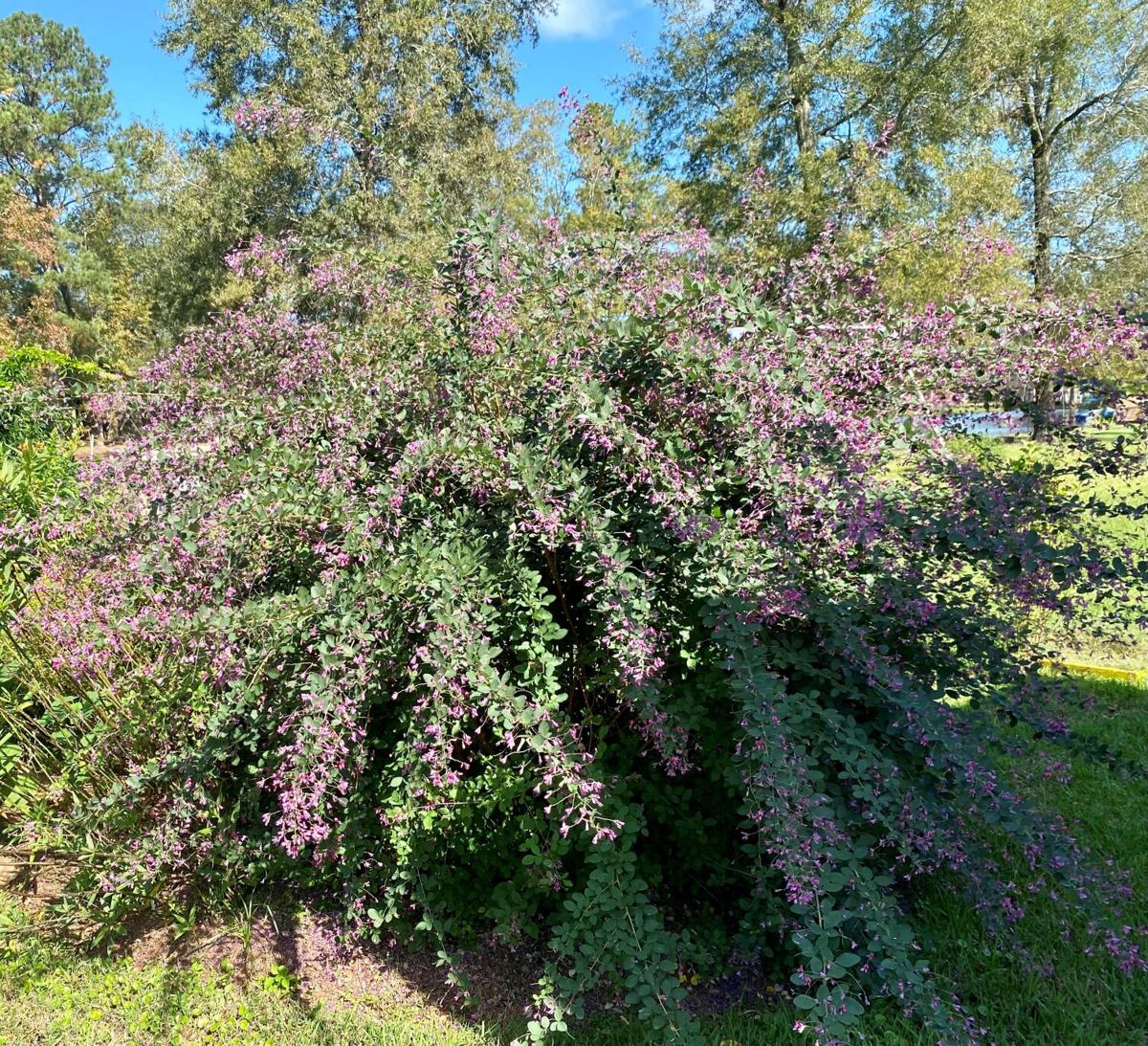 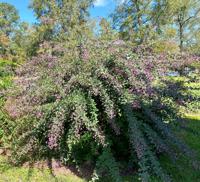 Unlike common lespedeza, Thunberg’s lespedeza is a gorgeous shrub that attracts lots of pollinators.

If you're seeing the common lespedeza weed in your lawn, it's a sign the grass dry, compacted and low in nitrogren.

Unlike common lespedeza, Thunberg’s lespedeza is a gorgeous shrub.

Unlike common lespedeza, Thunberg’s lespedeza is a gorgeous shrub that attracts lots of pollinators.

Second to sod webworms, the weed common lespedeza is causing them most lawn headaches right now.

Common lespedeza is a warm-season annual weed with a low, mounding or clumping growth habit. It stands out in the lawn because of its dark green foliage and tiny purple flowers in the grass. Its woody stems make it difficult to control.

This weed is a member of the pea family of flowering plants, commonly known as bush clovers, and is, botanically speaking, a legume.

Although common lespedeza is considered a weed in our lawns, a beautiful ornamental species commonly referred to as Thunberg’s lespedeza is just amazing.

Thunberg’s lespedeza is a deciduous shrub that grows gorgeous cascading and arching stems. The tiny and abundant flowers attract lots of bees, butterflies and other pollinators.

With the heat and dry weather of the summer leading up to fall, turfgrasses can suffer and decline if not properly cared for, damaged by both too much water or drought. When this happens, weeds take advantage, specifically in thinned or stressed areas of the lawn.

Lespedeza is what we refer to as an indicator weed because it tells us what is going on in the lawn. It thrives in soils that are dry, compacted and low in nitrogen. So, in that respect, the weed is letting you know something is wrong and you can take steps to correct it — just not in the fall and winter.

Lawns should be fertilized and aerated when the turf grass is actively growing, starting in April and through the end of September.

Southern turf grass begins its dormancy with cooler weather. Common lespedeza will go into winter dormancy as well and will no longer be a problem until spring when plants once again emerge from seeds. If not taken care of, it can become established again by summer, and you are back where you started.

The best way to stay on top of this weed and reduce its abundance is to maintain a healthy, vigorous lawn. This can be done with proper cultural practices such as mowing and fertilizing.

Aerate your lawn by core removal with hollow tubes that take out a core of soil and grass and solid-tine aerification that uses tines or spikes to poke holes in the turf. Core removal is the most effective method; however, it requires more cleanup.

The purpose of aerating your lawn is to reduce soil compaction and to improve oxygen movement to the root zone. You should do it every one to three years depending on the soil type. Clay soil must be aerated more frequently because it is prone to compaction.

Next, ensure proper fertility in the lawn by applying the proper rates of nitrogen in spring. You may continue to fertilize every other month until grasses begin to go dormant in September if soil tests indicate a deficiency.

As a second line of defense in spring, hand remove any breakthrough weeds. If the weeds thrive despite aggressive cultural practices, use chemical control.

Post-emergent herbicides containing metsulfuron or a product that contains thiencarbazone, dicamba and iodosulfuron have been found to be the most effective herbicides on young, actively growing weeds, according to LSU AgCenter researchers.

Second treatment applications may be necessary to obtain good control or complete removal of the weeds. Always follow the manufacturer’s label directions for proper application. An LSU AgCenter publication on lespedeza control is available online at bit.ly/lespedezacontrol. It includes a suggested list of herbicides labeled for use in lawns for control of common lespedeza.

Don’t let this weed get the best of your lawn or the best of you each summer. Ensure your lawn is healthy and growing vigorously to prevent weeds. On the other hand, you could let the pollinators enjoy them.