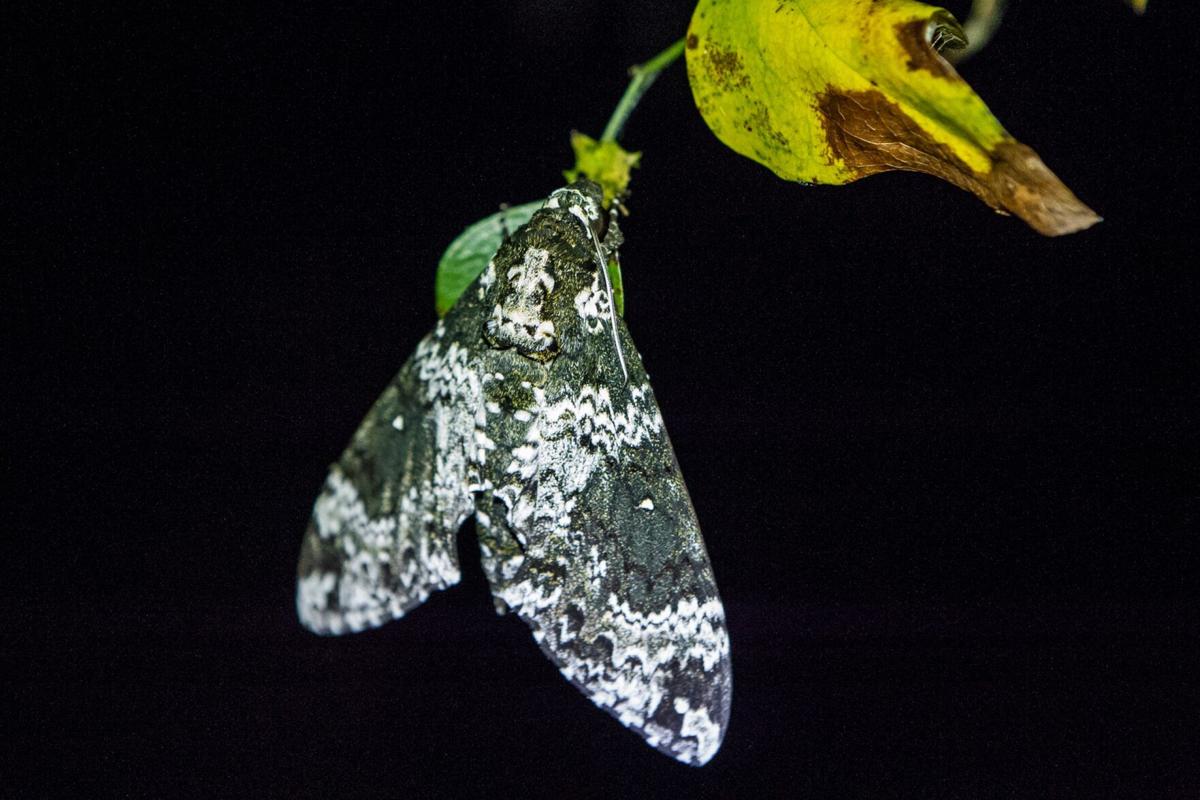 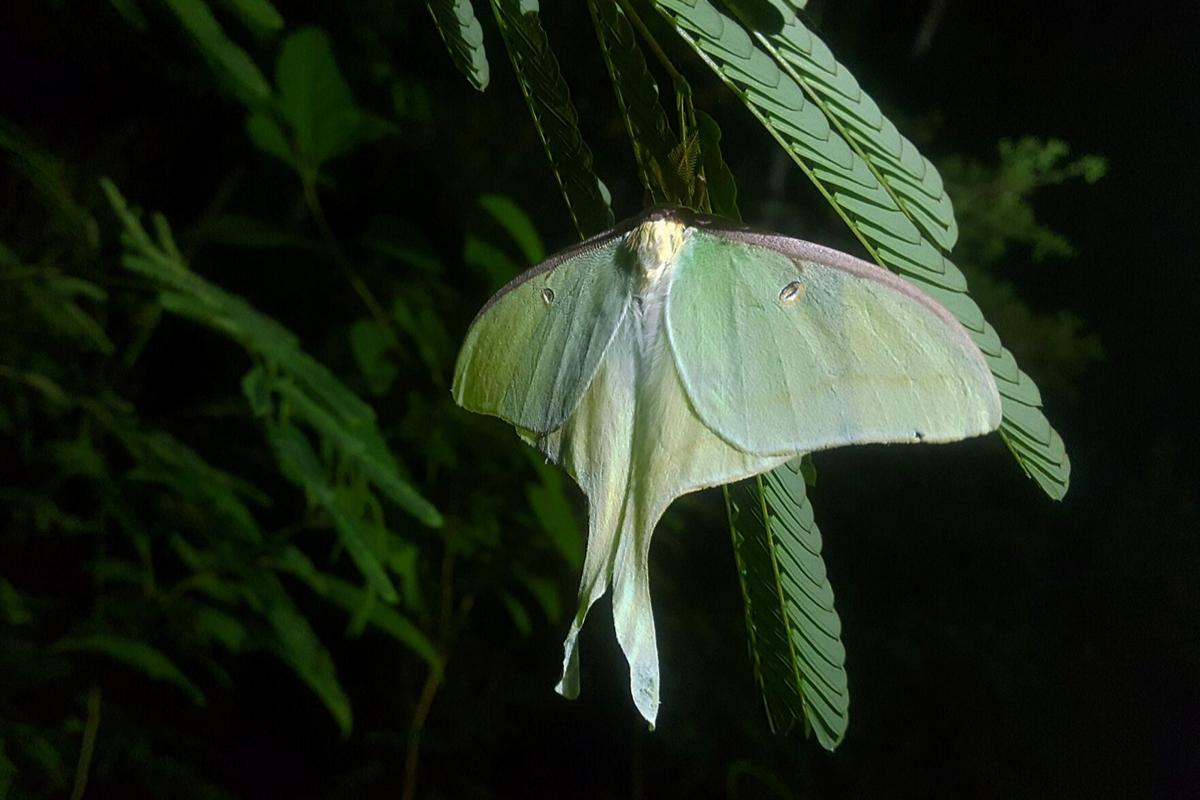 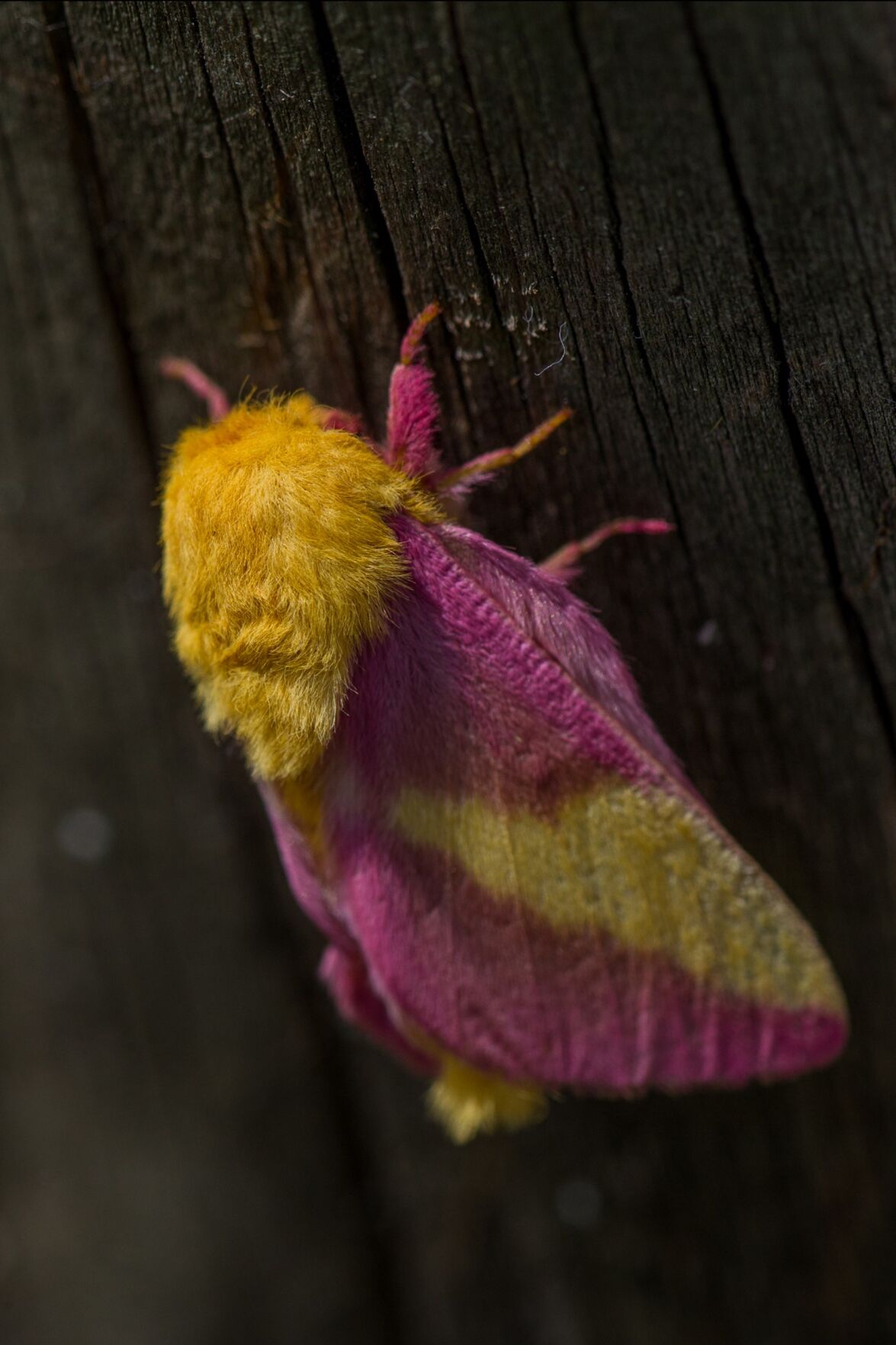 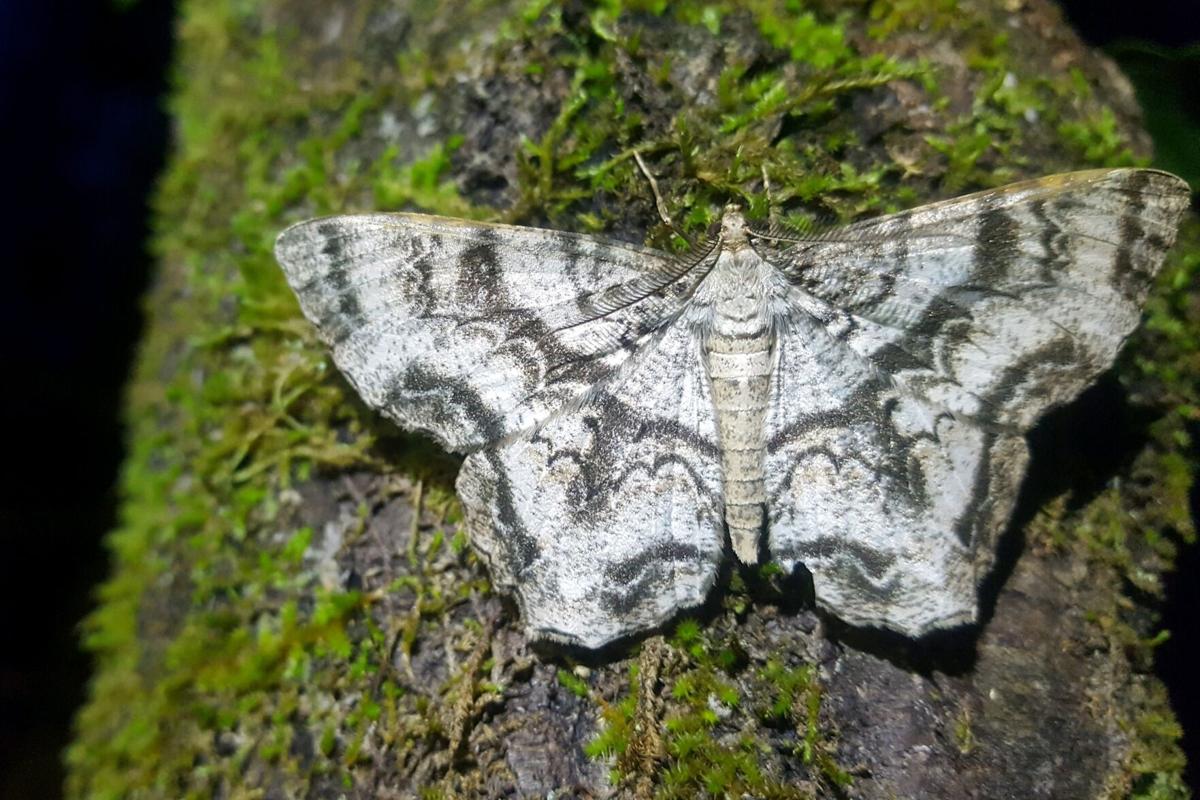 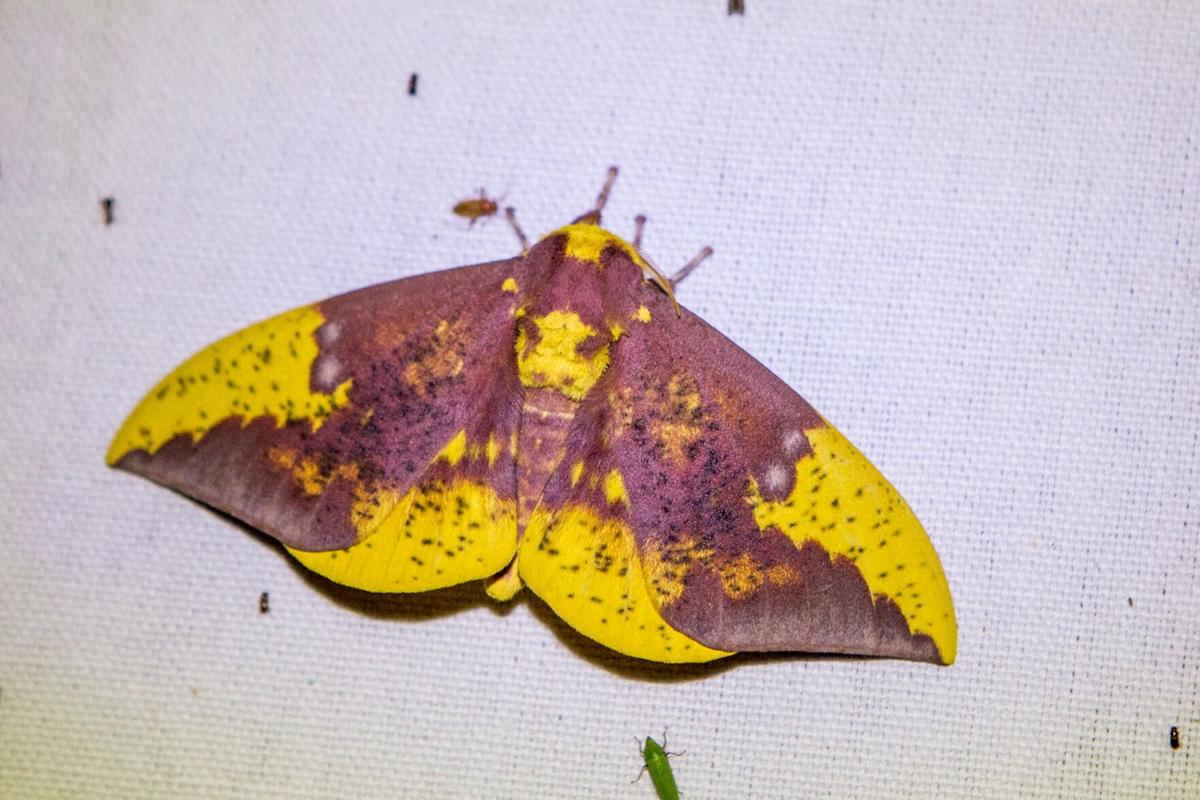 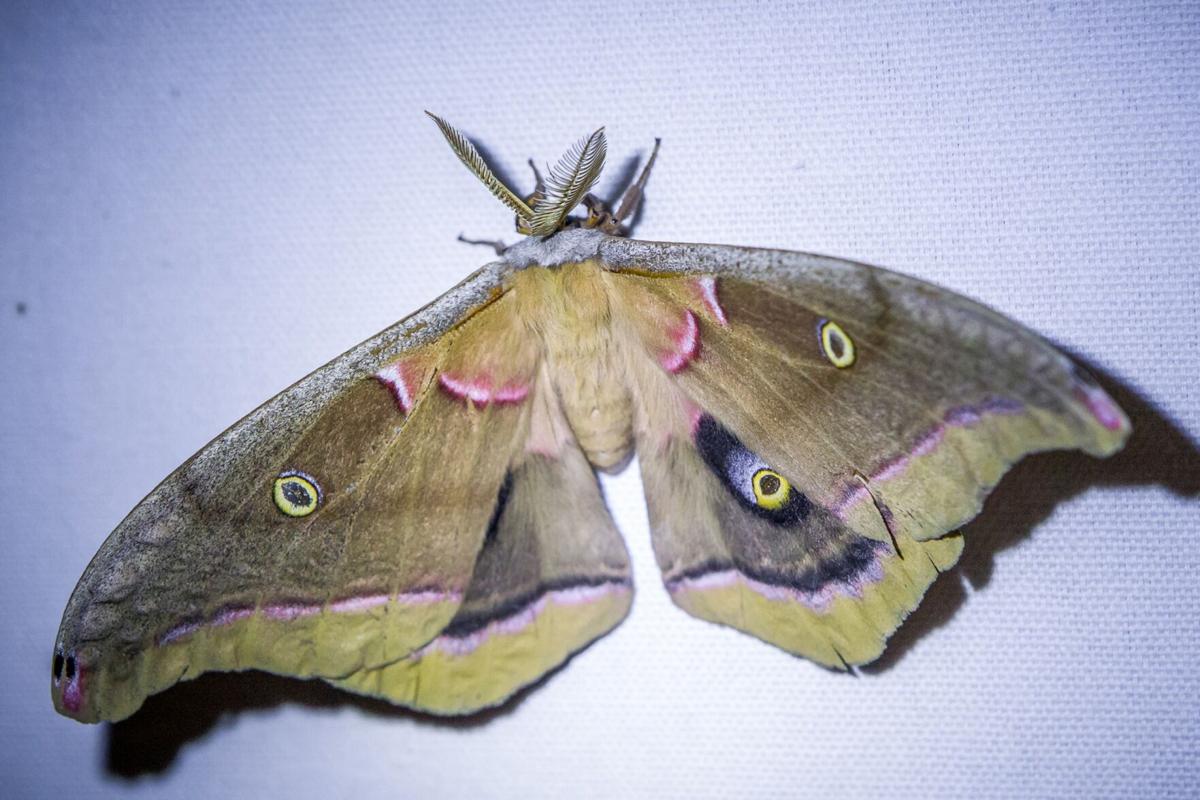 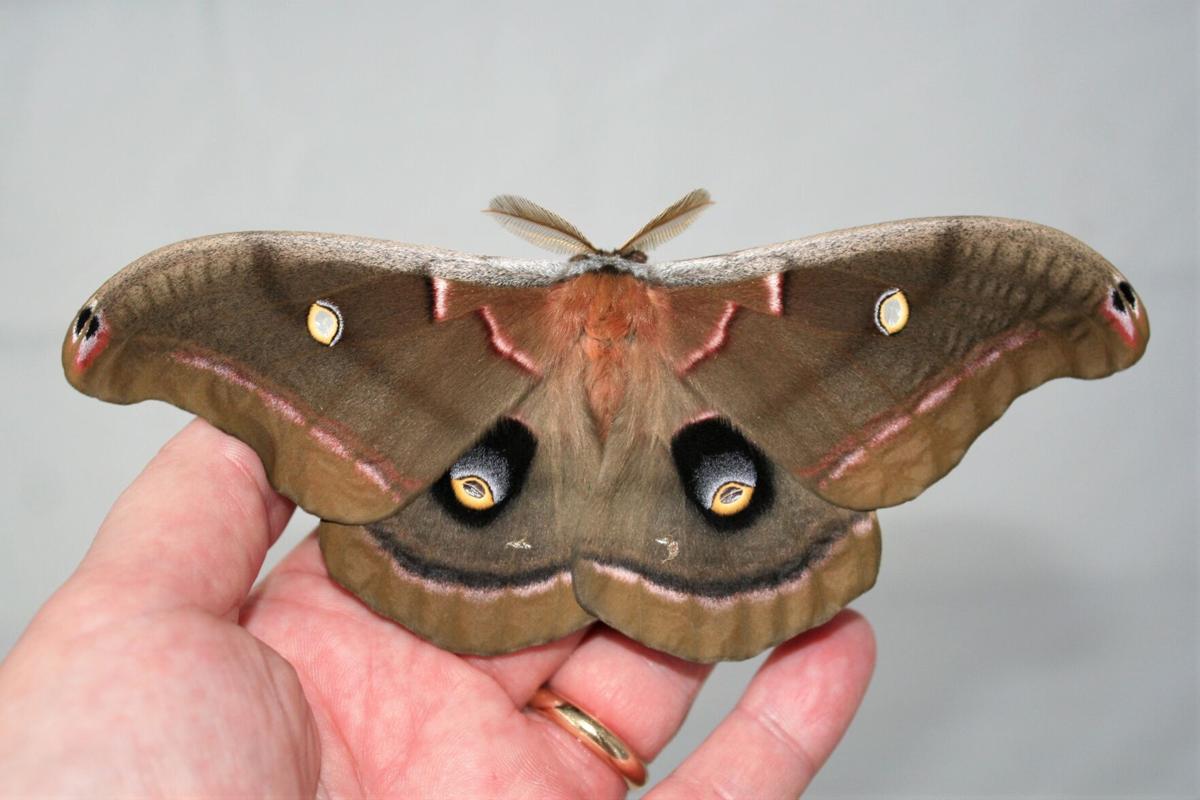 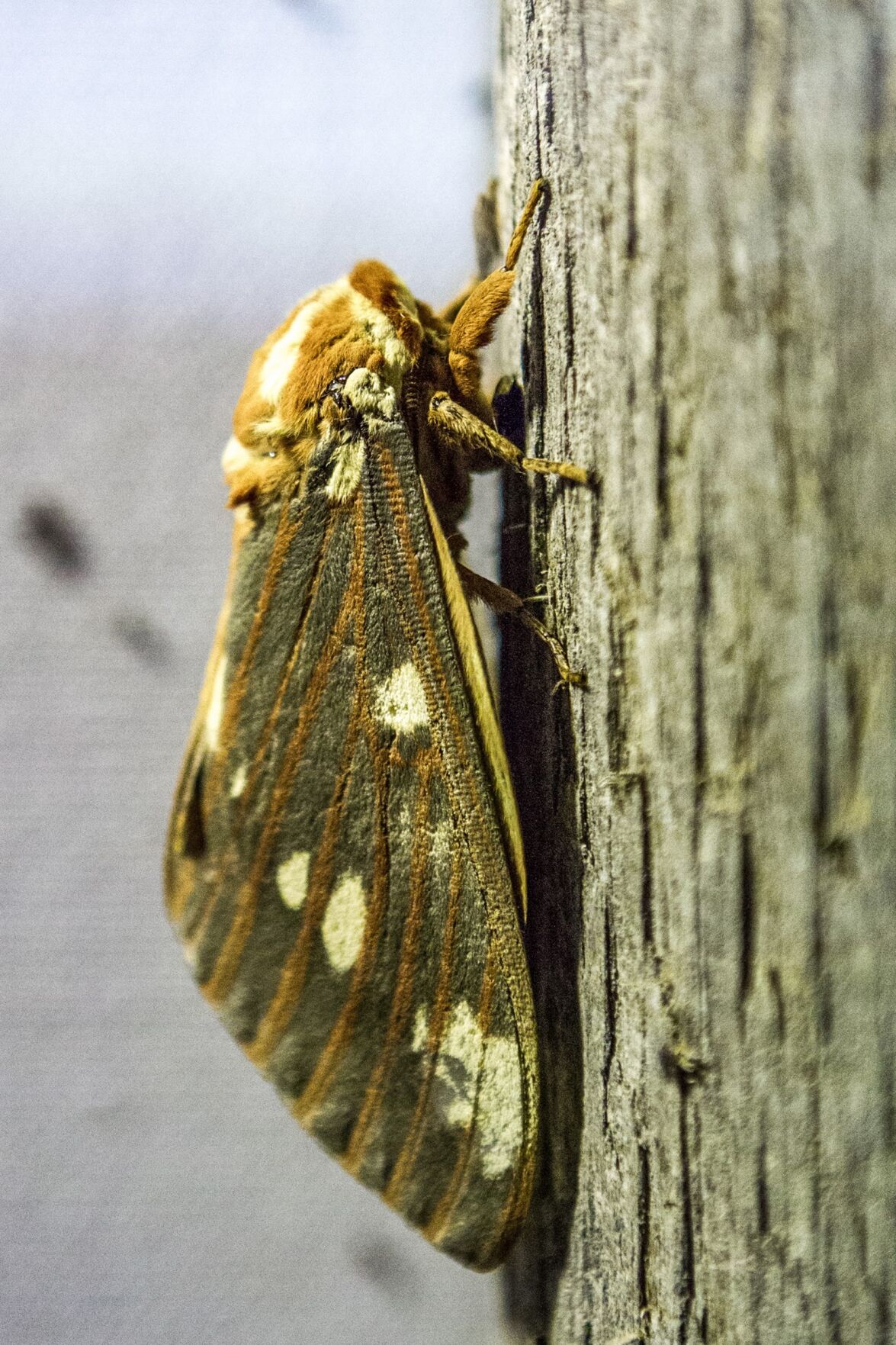 Moths are those “mysterious butterflies" that fly around at night, fluttering at our porch lights or around our windowsills.

Midsummer is a great time for spotting these beauties in the northern hemisphere, so much so that it's "National Moth Week," which runs through July 25.

This is the 10th year of the annual celebration, and “moth-ers” of all ages are encouraged to learn and observe these creatures in their backyards, parks and neighborhoods.

So set up your own watch party, and register it at nationalmothweek.org. You could win moth prizes, such as books and posters.

And don't think you'll only see drab gray and brown bugs. Moths span the color spectrum from brilliant orange and pink to soft green and violet.

Since it was founded in 2012 by the New Jersey nonprofit Friends of the East Brunswick Environmental Commission, National Moth Week has grown to include events in all 50 states and more than 80 countries.

Setting up for moth viewing is simple: all you need is a light and a place for the moths to rest. Hang a sheet over a clothesline, a rope strung between two trees or an open ladder and shine the light in. An outside wall also works if your light is set up near a house or a building.

You also can use “moth bait,” a sweet concoction of brown sugar, molasses, beer and semirotten fruit, to attract moths, particularly those not drawn to light. Sometimes it works to apply the mixture to trees a short distance from the lighting set up. When the moths come close to your setup, you can observe and photograph them.

“Moths are my favorite. As a kid I was always interested in bugs, but I guess I feel sorry for moths since they don’t get the recognition that butterflies do,” said Karen Pinsonat, a member of Louisiana Master Naturalist of Greater Baton Rouge and local moth enthusiast.

She said moths can be easier to find and photograph than butterflies.

“They tend to stay put on a sheet,” Pinsonat said.

Last summer, Pinsonat and her husband set up a sheet with a black light to beckon moths. She later switched to a compact fluorescent light; this summer, they will experiment with a vapor light.

“In my yard, I usually see the most traffic before daylight from 4 a.m. to 5 a.m. and then in the early evening,” she said.

You can wear mosquitoes repellent, but don’t spray it anywhere near the moths or have it on your hands. You might be able to forgo the spray by wearing long sleeves and pants.

Pinsonat’s backyard favorites include the Io moth, known for its prominent hind wing eyespots; the fairylike green Luna moth; and the Polyphemus moth, also distinctive because of it large eyespots in the middle of its hind wings.

Butterflies and moths belong to the order Lepidoptera (from the Greek lepis, meaning scale, and pteron, meaning wing). The "scales" that cover their bodies and wings are actually modified hairs.

According to the Peterson Field Guide to Moths of Southeastern North America, there are thousands of moth species, many more than butterflies. Moths make up about 90% of the Lepidoptera order.

Though they have many things in common, moths and butterflies are not the same.

One of the easiest ways to tell them apart is by their antennae. A butterfly’s antennae are club-shaped, with a long shaft and a bulb at the end, while a moth’s are feathery or saw-edged. Butterflies tend to fold their wings vertically up over their backs while moths hold their wings in a tentlike fashion that hides their abdomen.

Moths are largely nocturnal and fly at night, but there are a few exceptions, like the buck moth.

Both butterflies and moths undergo a complete metamorphosis from egg to caterpillar and from chrysalis to adult.

Moths pollinate nocturnal pale or white flowers heavy with fragrance. According to the National Moth Week website, moths can be important bioindicators about the health of an ecosystem.

A greater variety of moths usually indicates more diverse plant life in an area, resulting in an increased number other species as well. Moths can help monitor food plant populations, and, in turn, they are important food sources for many other creatures.

This information is presented in conjunction with Louisiana Master Naturalists of Greater Baton Rouge, which seeks to advance awareness, understanding and stewardship of the natural environment. For more information, email info@lmngbr.org.