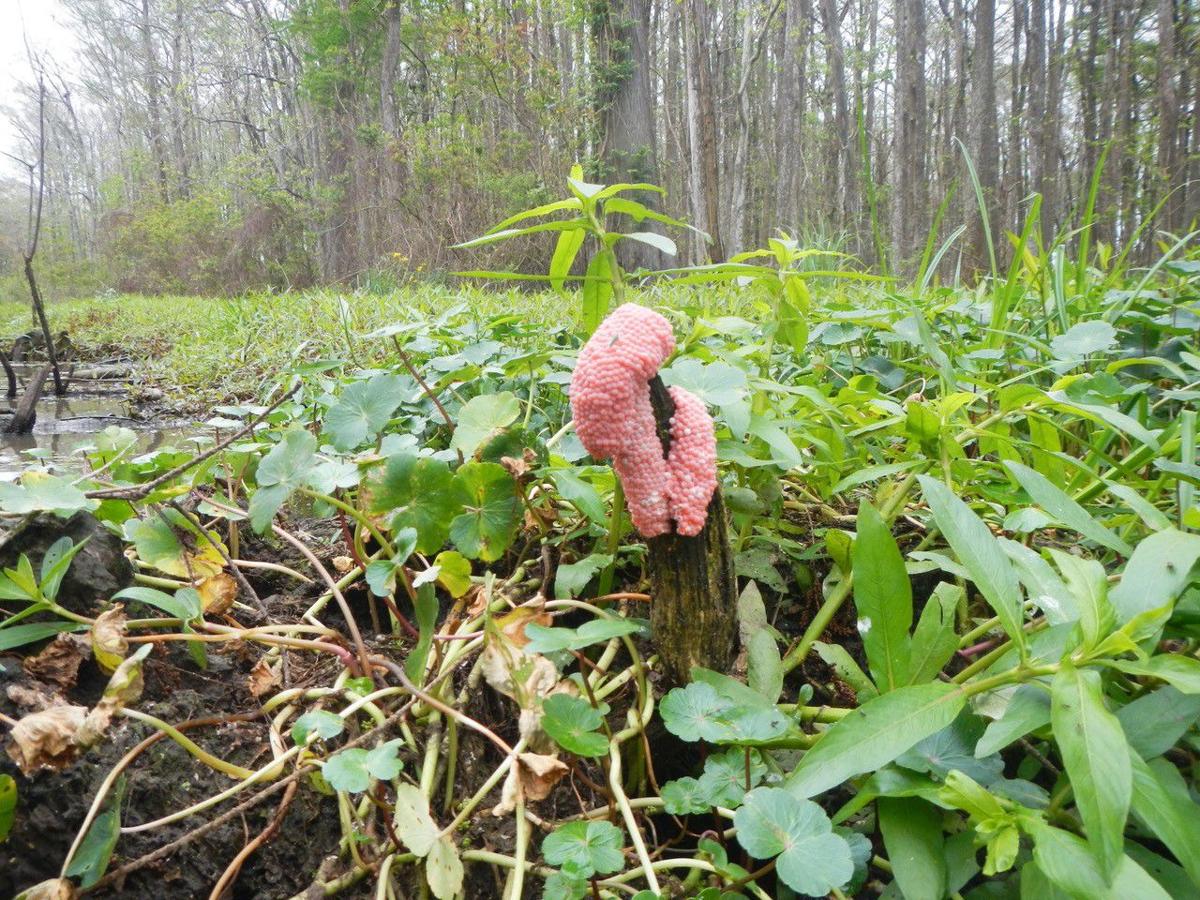 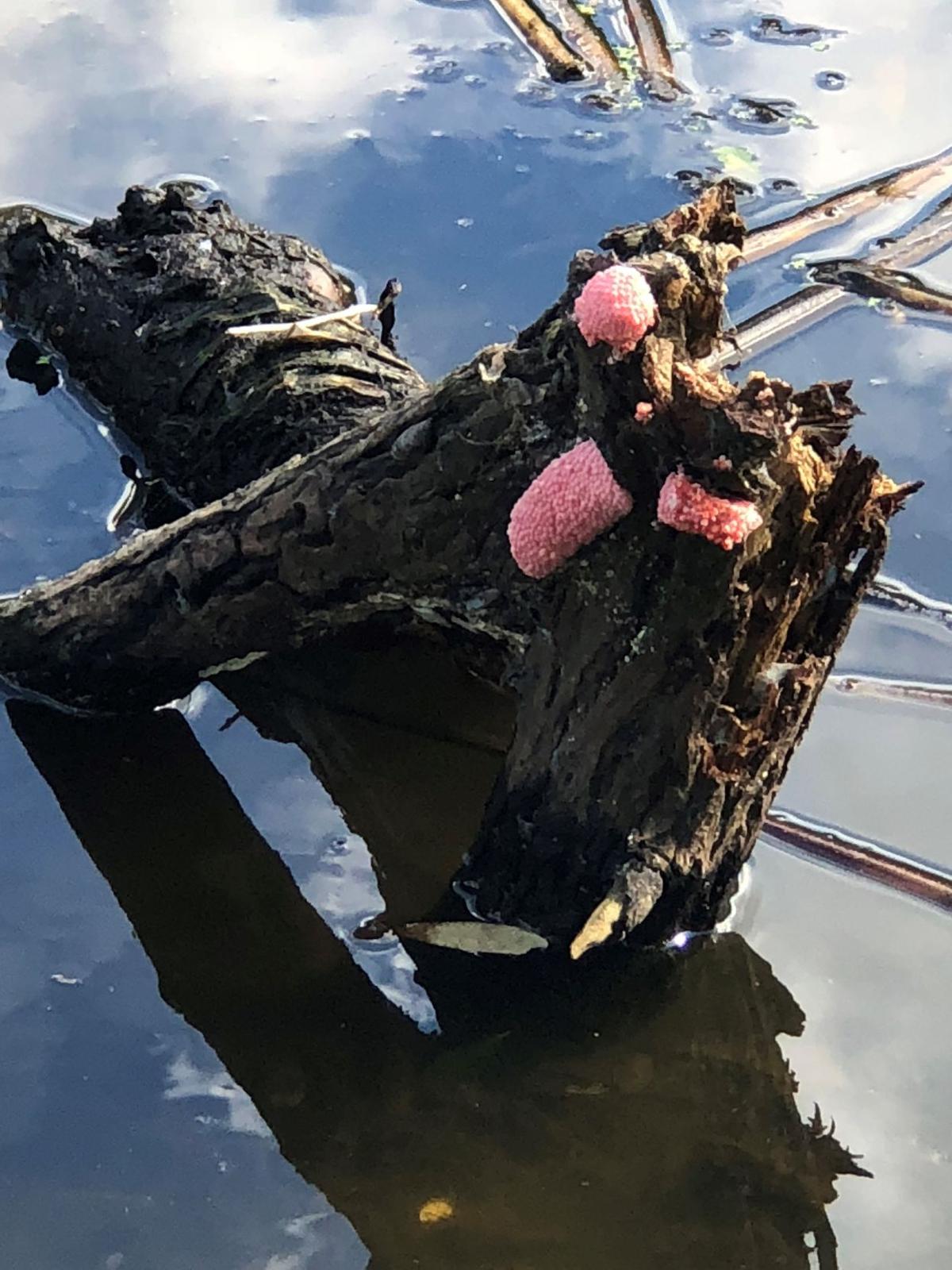 Don't let the bright pink color fool you. The apple snail is an invasive species that is hurting the Louisiana seafood industry.

Don't let the bright pink color fool you. The apple snail is an invasive species that is hurting the Louisiana seafood industry.

Editor's note: This is an occasional series from the Louisiana Master Naturalists of Greater Baton Rouge.

That bright pink “bubblegum” you may see clinging to cypress knees along the banks of bayous and creeks is a sign the highly invasive apple snail has arrived.

One of largest freshwater snails, the apple snail's bright pink clumps of 200 to 600 tiny eggs attach to tree stumps, pilings or other objects just above the waterline.

Coming from South America, apple snails first began appearing in Louisiana in 2006, and have since been found in several different waterways throughout the state, said Rob Bourgeois, aquatic nuisance species coordinator for the Louisiana Department of Wildlife and Fisheries.

The snails have heavy golden-brown shells and, true to their name, usually grow to the size of an apple (2 to 4 inches) or larger (up to 6 inches across).

The snails are popular in the aquarium trade for their large size and shells, and, like most invasive species, were introduced in local waterways by people letting them loose in the wild.

The snails have become a serious rice crop pest in Asia, and they threaten Louisiana wildlife due to overpopulation.

These snails consume large quantities of plant material, which damages the ecology and steals food sources for native fish, shrimp and crawfish, while also destroying hiding spots for their babies.

In addition to causing agricultural and ecological damage, if eaten raw, these snails can transmit a deadly parasite, called rat lung worm, to people and other mammals.

No pesticide will selectively eliminate the snails without damaging other wildlife, but removing the bright pink egg masses by hand can effectively reduce their numbers. Egg masses should be scraped off into the water or crushed. Both snail and shells can be crushed or picked up and put in plastic bags and frozen to be disposed of later.

The snails are more prolific during warmer months and are usually active at night. Wildlife officials are keeping tabs on their spread and ask residents to report new sightings noting the location by email.

“We do want them to be reported but are particularly interested in newer locations. If they’ve been there awhile, there’s not much good information we’ll be able to get,” Bourgeois said.

Report aquatic invasive species by phone at (225) 765-3977 or by email at aquaticinvasives@wlf.la.gov. Include pictures or specimen, coordinates and contact information to make it easier to confirm identification.