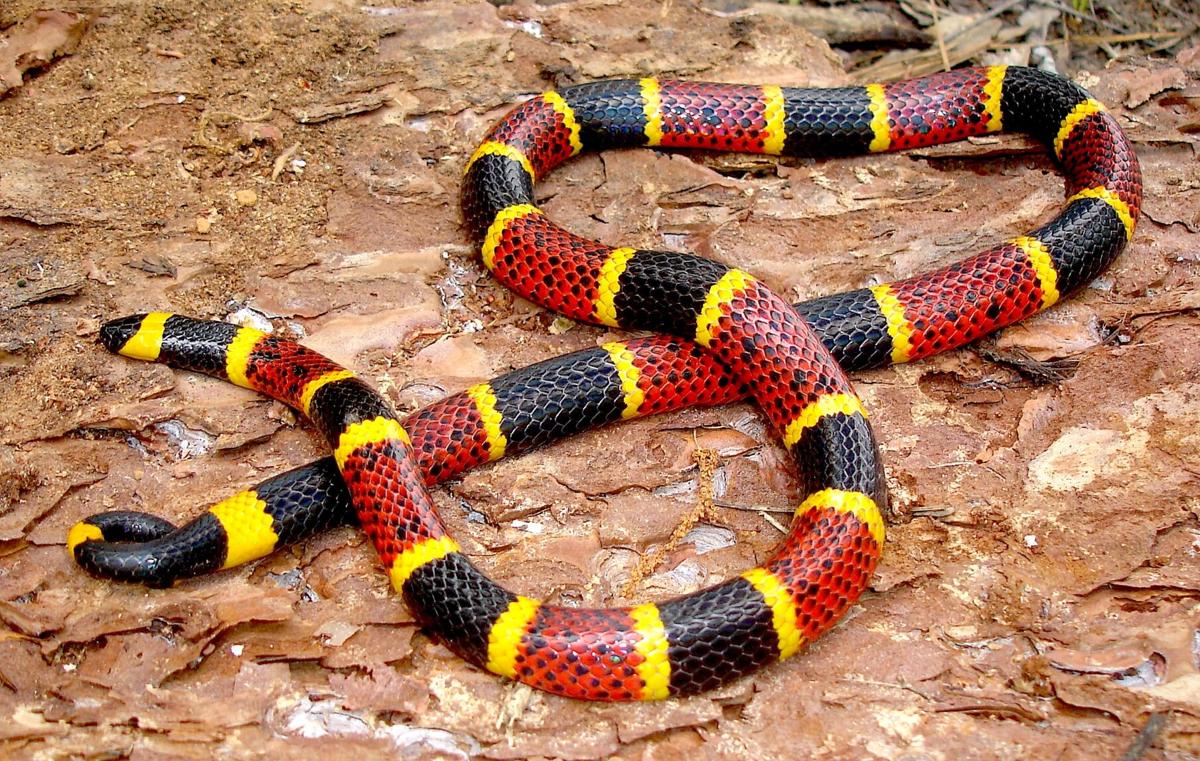 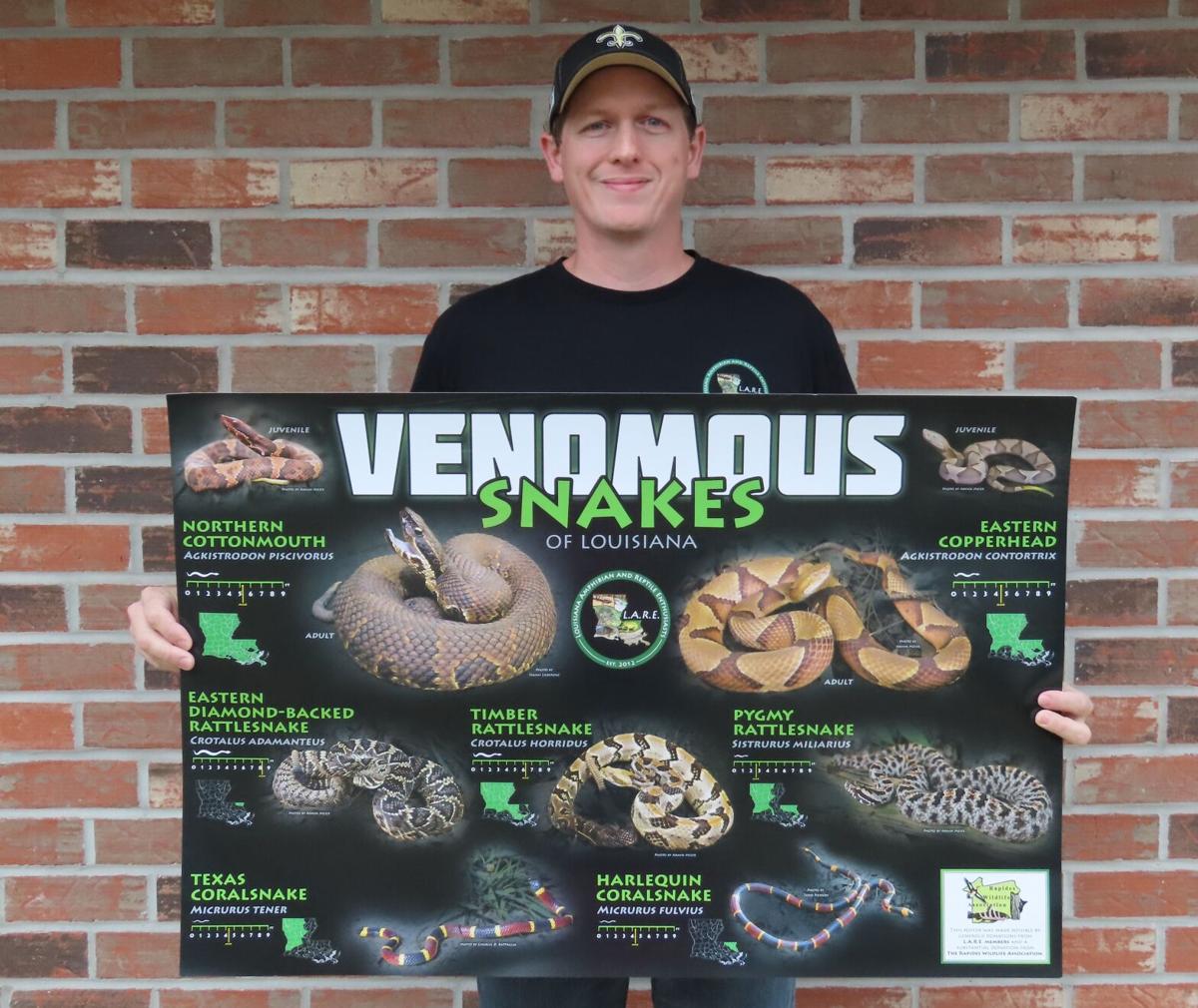 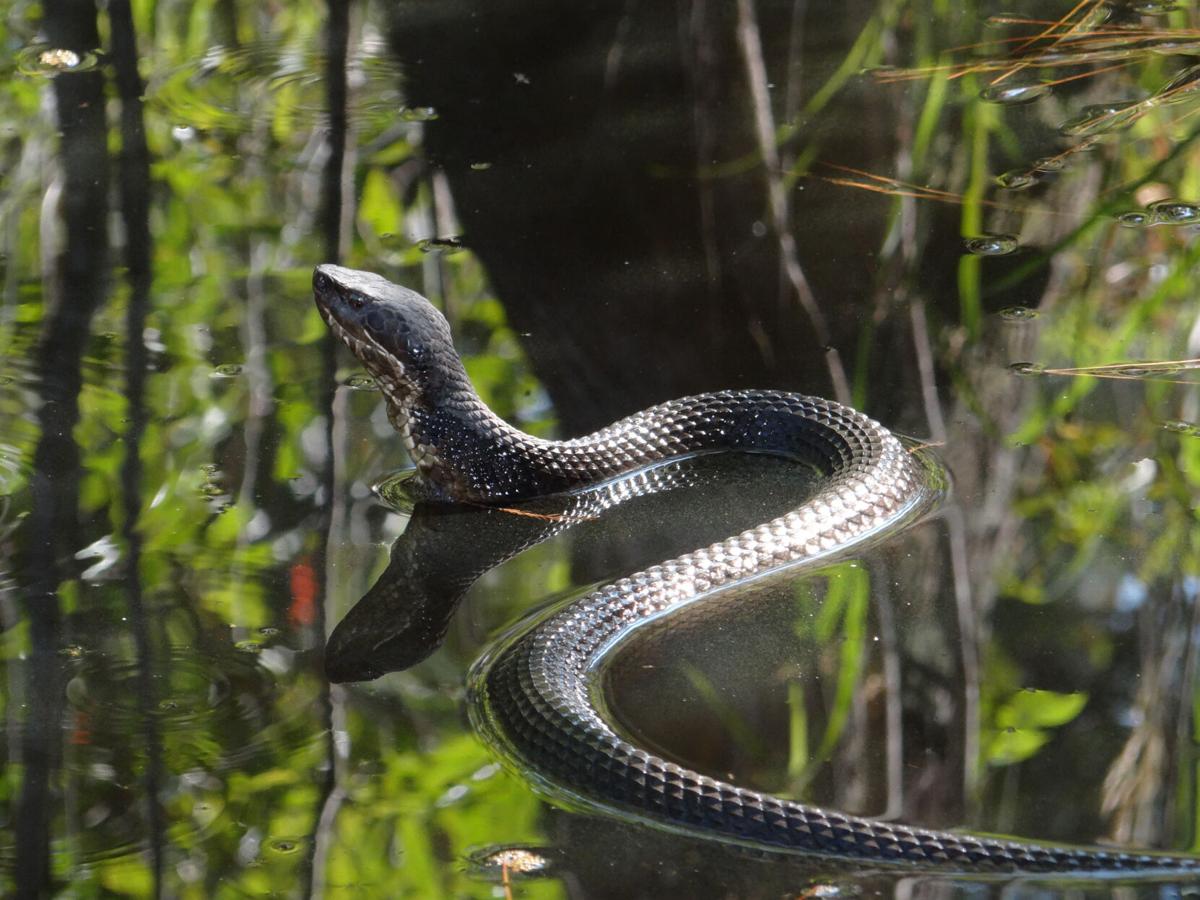 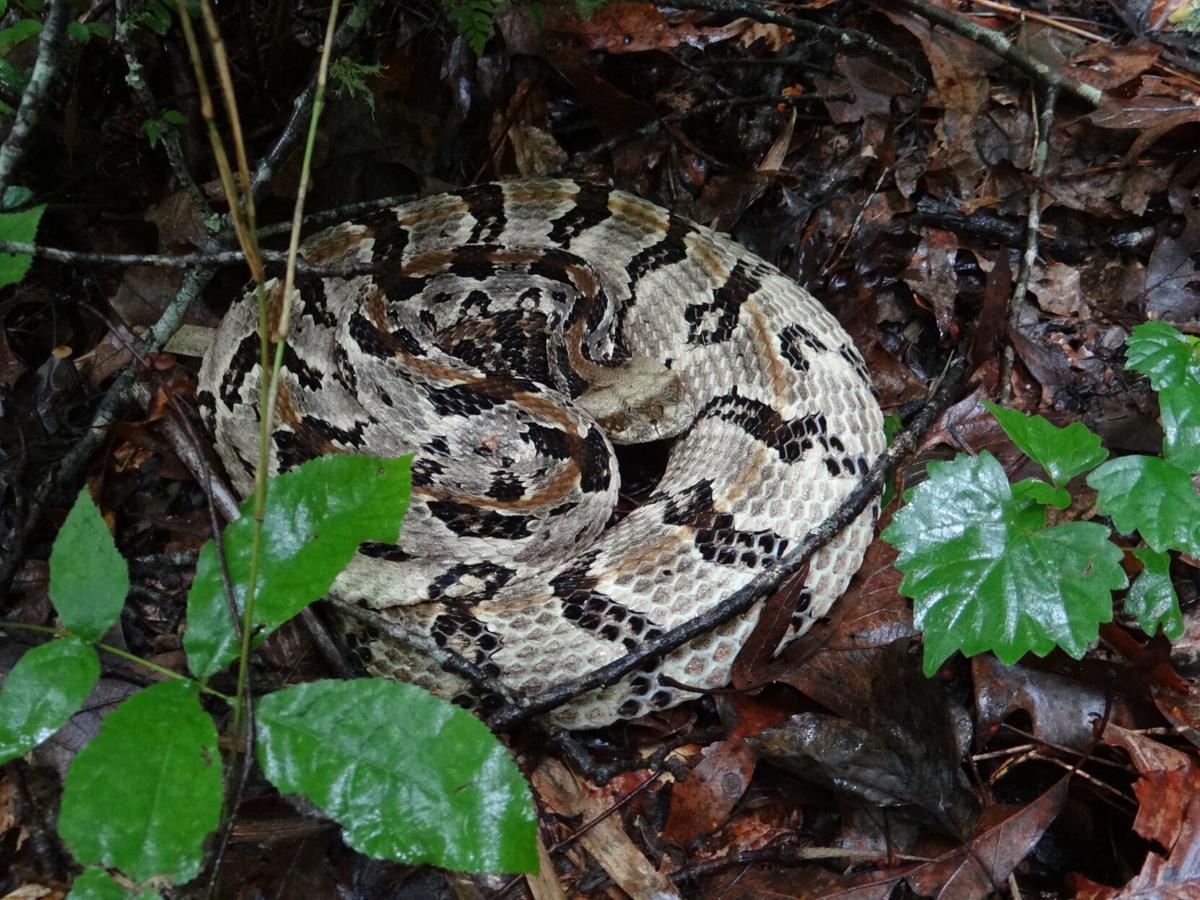 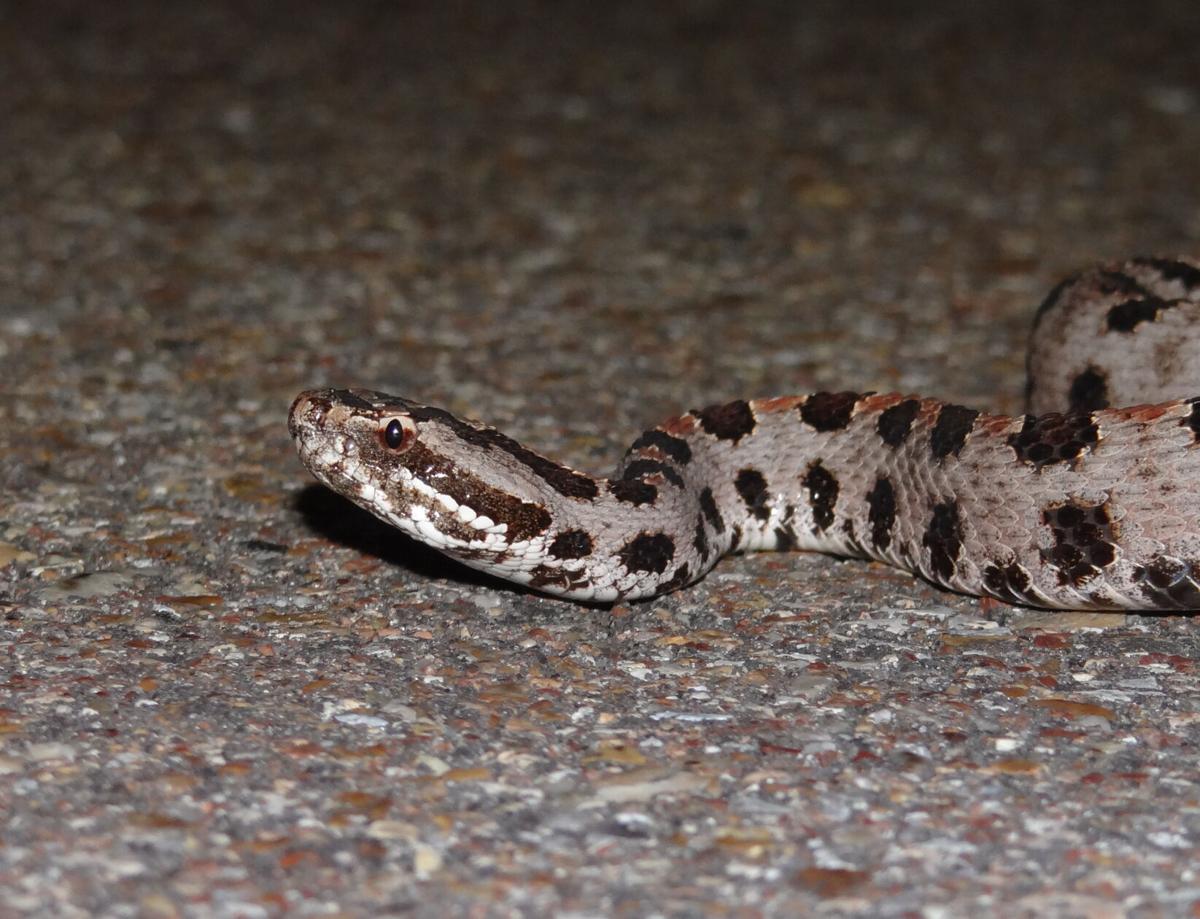 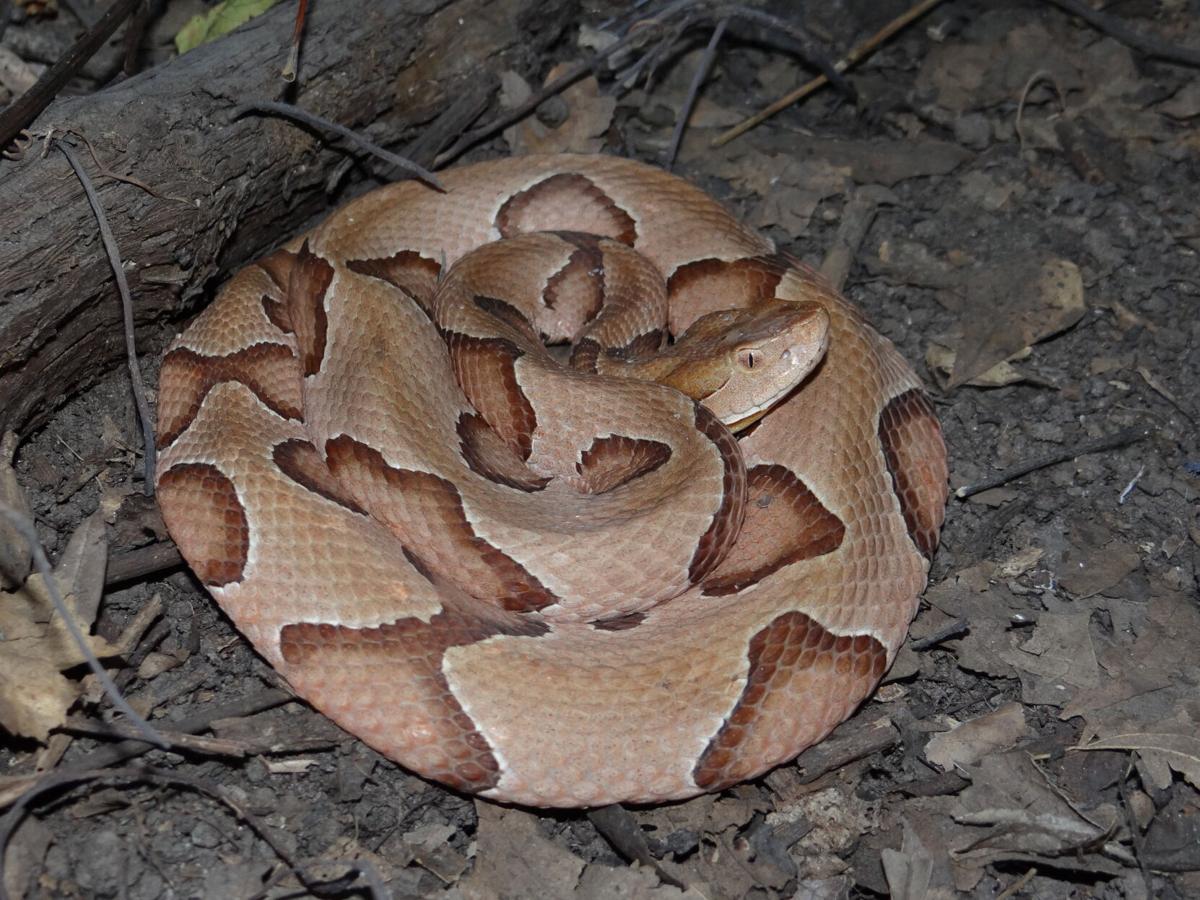 If Brad “Bones” Glorioso has his way, every classroom, park, nature center and museum in Louisiana will be hanging up a poster identifying the state's venomous snakes.

Glorioso spent the latter part of last year helping to create the large, glossy poster, and now he's distributing them to help everyone learn more about these snakes.

“I’m hoping to change a lot of hearts and minds about snakes,” said Glorioso, a professional herpetologist, someone who studies reptiles and amphibians. “Snakes are a part of Louisiana’s rich natural heritage. Fifty species of snakes reside in our state, most of them harmless and rarely bite people.

"Venomous snakes pose virtually no risk to people," he added. "Most bites happen to people who try to handle or kill snakes; the rest are due to people not watching where they put their hands or feet.”

The best way to prevent a snake bite?

Now, with the help of professional photographers and a designer, the posters will alert people to exactly which snakes should be given a wide berth.

Since mid January, Glorioso and countless volunteers have been distributing the 6,000 posters around the state. To get a free poster in Baton Rouge, visit BREC's Bluebonnet Swamp Nature Center, 10503 N. Oak Hills Parkway; in Lafayette, visit Acadiana Park Nature Station, 1205 E. Alexander St.; and in New Orleans, visit the Audubon Louisiana Nature Center, 11000 Lake Forest Blvd. Other locations where the poster can be obtained are listed at louisianaherps.com, click on L.A.R.E. If you want several posters for your school or organization, contact Glorioso at gloriosob429@gmail.com.

Glorioso said he decided early on to get the best photographs possible to use on the poster.

“Even if people don’t like snakes, I wanted it to be something where someone would see the poster, and think, 'Man, that thing sure is pretty,’” he said. His wife, Melita, a graphic artist, designed the poster.

Glorioso said he felt a great need to educate people about snakes.

“Snakes are the only species where people will kill them first and ask questions later,” he said.

Over time, a fear of snakes has seeped its way into Louisiana culture. The Lake Providence Snake Rodeo has been held in Louisiana since the mid-1960s. For years, participants shot an unlimited number of snakes from their boats and were awarded prizes for killing the most and longest snakes, he said.

“Once, I saw a group of teens who had killed a bucket full of 22 snakes, and they were surprised when I told them not one of them was venomous,” Glorioso said.

The vast majority of snakes slaughtered at the rodeo are harmless, he said, noting these snakes eat unhealthy fish or disease-carrying rodents and themselves serve as food for birds or other mammals.

A healthy population of water snakes helps limit the number of Northern cottonmouths through competition for food, Glorioso said, adding that wildlife-killing contests, like the rodeo, contradict principles of ethical hunting and science-based conservation.

Glorioso said he has been trying for several years to teach people about the importance of snakes and other reptiles and amphibians to Louisiana’s ecosystem.

In 2012, he created the Louisiana Amphibians and Reptiles Enthusiasts Facebook page as a way to connect people who were interested in learning about amphibians and reptiles and sharing information. The page now has more than 5,000 members, largely from Louisiana but also from parts of southern Mississippi and Alabama.

Although the page is for all amphibians and reptiles, snakes account for most of the postings on the page, which doesn't allow pictures of captive or dead animals to be posted.

Glorioso also created his own website, Amphibians and Reptiles of Louisiana, which includes detailed information to help people identify herptiles (reptiles or amphibians) in Louisiana.

Growing up in New Orleans, Glorioso learned about herptiles while exploring drainage canals near his home. He learned later that two of his uncles were snake enthusiasts; one even kept a cottonmouth as a pet, milking its venom for Tulane to use in research.

“Now, not even I would attempt to milk a snake,” he laughed.

Glorioso said volunteering his public relations efforts on behalf of the misaligned reptiles, as well as other amphibians, has introduced him to kindred spirits who have buoyed him by joining in his effort.

“So many people have stepped up to the plate and helped me," he said. "I’m humbled by the generosity of everyone who has helped with all of this.”

The Blue Zoo Aquarium in the Mall of Louisiana was still searching Wednesday for Cara, a 12-foot python that went missing from her enclosure M…