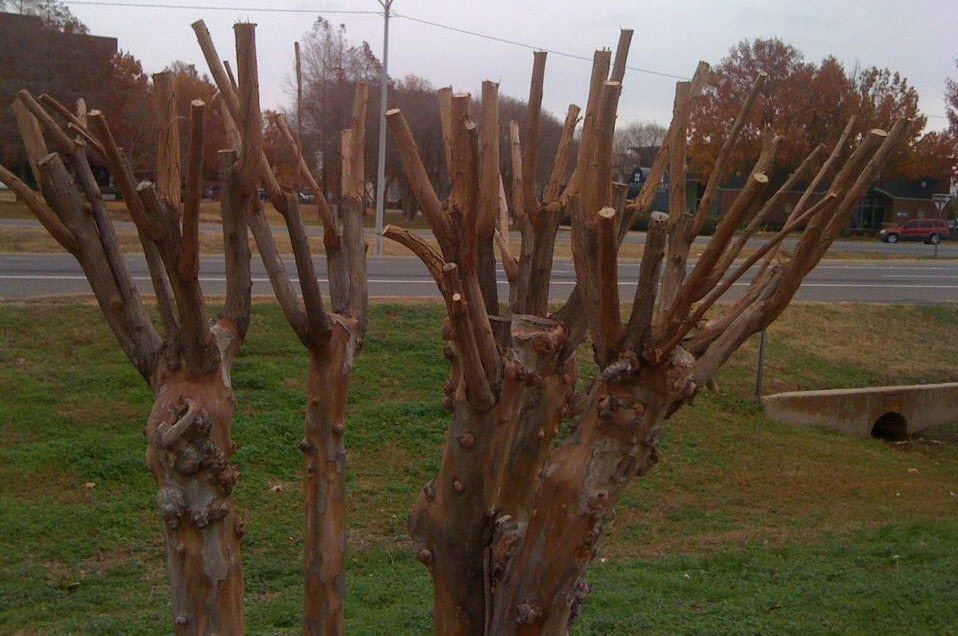 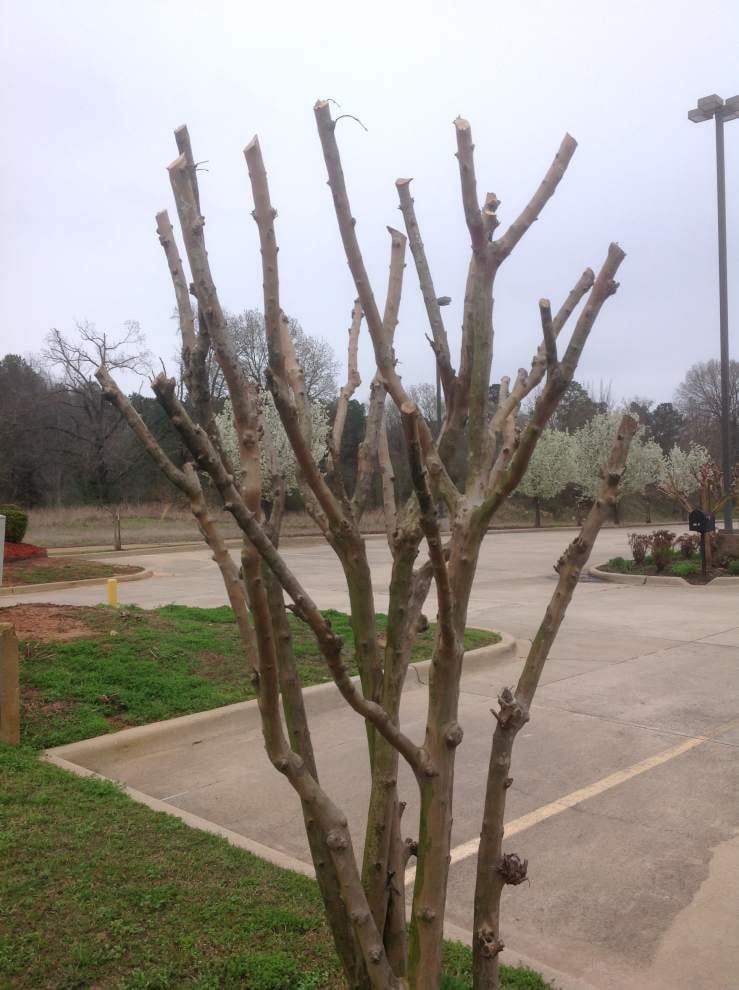 Crape myrtles require little pruning, and branches should only be removed if dead or to give the tree a more graceful shape.

Crape myrtles require little pruning, and branches should only be removed if dead or to give the tree a more graceful shape.

Crape myrtles are one of the most controversial and often-discussed ornamental plants among gardeners, landscapers, conservationists, naturalists, growers, researchers and educators.

How did the crape myrtle become such a hot topic for discussion?

You have probably seen a crape myrtle hacked back to just a trunk or with its branches buzz cut across the top in landscapes across the South. Those in the business call it crape murder.

There are plenty of bad gardening practices out there, and this is just one of them. It comes from misinformation or copying what we see. Fortunately, trees take this abuse and generally come back each spring.

However, this excessive pruning is just plain wrong. It can lead to structurally weak wood. It stresses the trees and makes them more susceptible to both insects and disease. Continuous pruning like this can also cause unsightly knobbing at the cut site, giving the trees a gnarly look.

You might prune to remove dead or damaged limbs or low-hanging limbs that throw too much shade on lawns and garden beds or to get branches out of mowing paths. You might also prune to obtain a specific landscape look.

If you do need to cut back branches, winter is the best time to prune. Without leaves, you can see the form of the tree to determine where cuts need to be made. Also disposing the limbs will be easier since they are lighter without foliage.

One issue with crape myrtles is bark scale, which has become a real problem here in the Gulf South. Introduced by an insect pest from Asia, bark scale has a great affinity for crape myrtle trees. The problem usually goes unnoticed until plants begin turning black with a fungus called sooty mold when it begins to grow on insect droppings.

The disease has spread from the early 2000s throughout the South, affecting more and more trees. To manage it, chemicals can be used, but, if not used properly, these chemicals can be harmful to the environment and ecosystems.

Native to China and other Asian countries, crape myrtles made their way to England and then the U.S. by way of Charleston, South Carolina, in 1786. Since then, they have become a staple in the Southern landscape.

However, like many nonnative species, crape myrtles easily reseed themselves and can be considered invasive. If left unchecked, these plants can crowd out native species, decreasing the biodiversity and the balance that is so important to our environment and fragile ecosystems.

Crape myrtles are, botanically speaking, a tall-growing deciduous shrub that can be trained to look like a tree with one or two main trunks. Trees can reach heights of up to 30 feet, depending on the cultivar.

Crape myrtles thrive in our heat and humidity, tolerate drought and grow quickly. For these reasons, crape myrtles are ranked as one of the South’s most popular ornamental trees.

And they are beautiful plants that come in many varieties with a variety of bloom colors, graceful arching branches and varying degrees of peeling bark. They are also among some of the best plants for fall foliage color.

Vibrant leaves of red and orange coupled with peeling bark that gives way to smooth tan and cinnamon-colored trunk adds winter interest to your yard. The hybrid cultivars are what give us such great color this year — particularly the Lagerstroemia indica x fauriei varieties, such as Acoma, Muskogee and Natchez.

Conditions may be favorable for snow in south Louisiana, but there's still uncertainty, forcasters say.