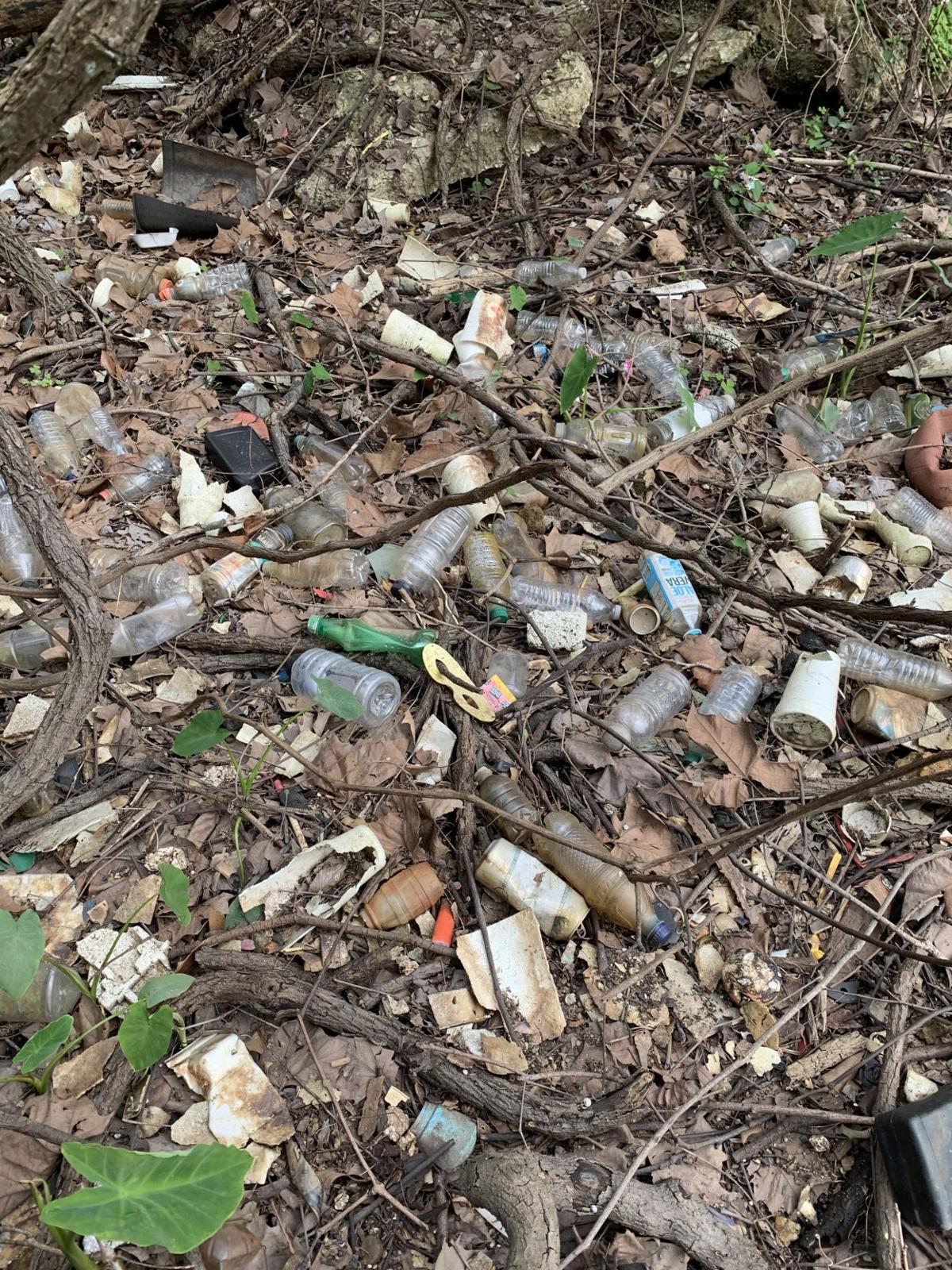 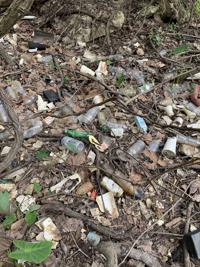 The shore of Capitol Lake is choked with water bottles, foam cups and other litter. 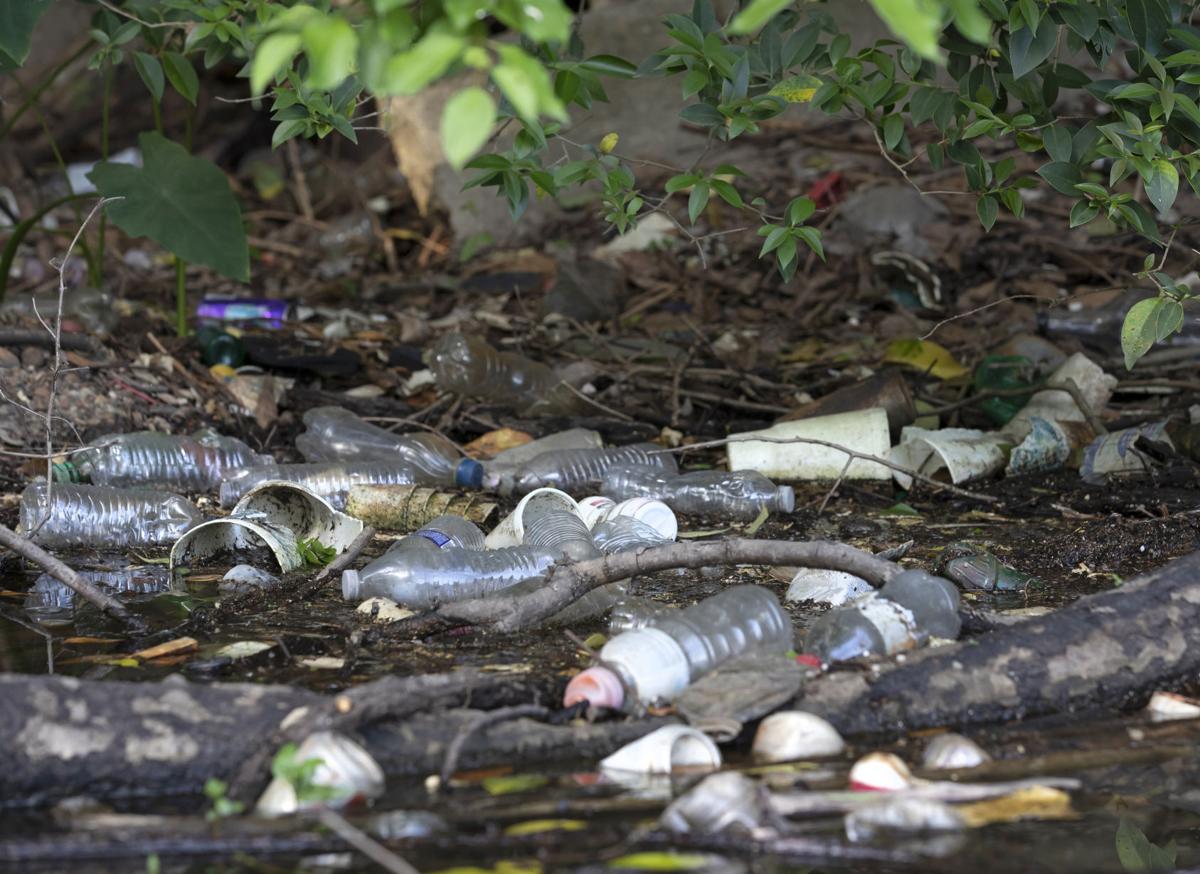 Whether tossed from a car or falling into street storm drains, litter is a huge problem in Capitol Lake. 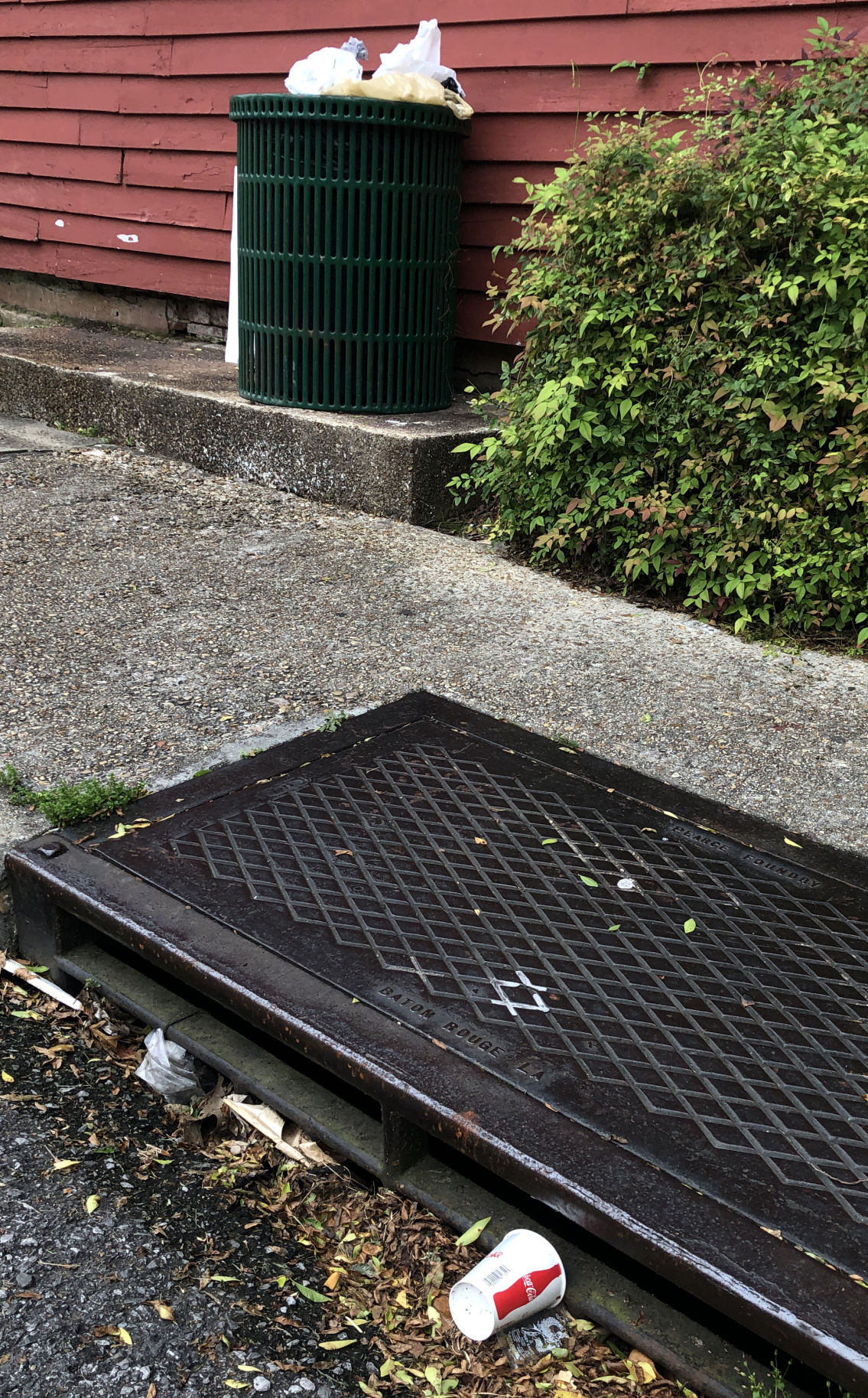 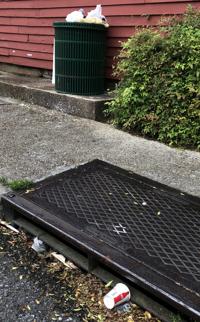 When garbage isn't bagged before going into the bin, it can fall into the street, wash down a storm drain and end up in lakes and rivers. 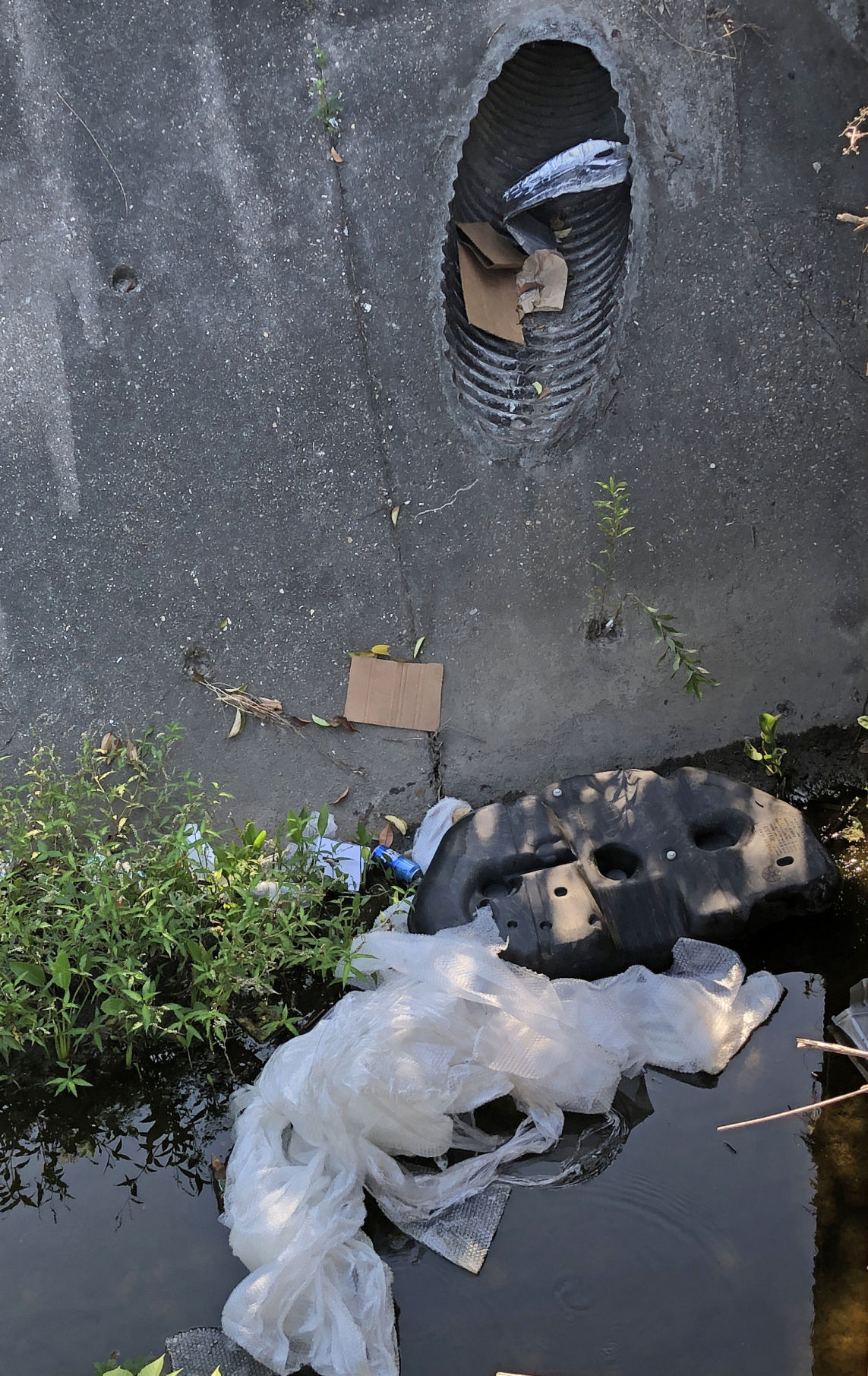 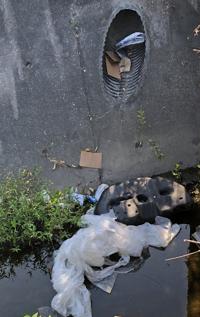 Litter pours out of a storm drain into a canal where it will end up in the Capitol Lakes.

The shore of Capitol Lake is choked with water bottles, foam cups and other litter.

Whether tossed from a car or falling into street storm drains, litter is a huge problem in Capitol Lake.

When garbage isn't bagged before going into the bin, it can fall into the street, wash down a storm drain and end up in lakes and rivers.

Litter pours out of a storm drain into a canal where it will end up in the Capitol Lakes.

That hamburger wrapper. A plastic water bottle. An empty drink can.

Piece by piece it piles up on the side of the road, soon washed into storm drains or ditches and, eventually, into lakes, bayous and rivers.

It's all litter, and it's a huge problem in Louisiana.

Susan Russell, executive director of Keep Louisiana Beautiful, said an estimated $40 million in taxpayer dollars are spent each year on litter removal, abatement, education and enforcement. It costs $11.5 billion every year to clean up litter in the U.S. In East Baton Rouge Parish, the cost is $500,000 annually.

But litter is about more than aesthetics.

Litter puts us, our homes and businesses at risk by polluting waterways and clogging them with debris, which can cause flooding.

Marie Constantin, a member of Louisiana Master Naturalists of Greater Baton Rouge and resident of Spanish Town, has studied the problem extensively and organized several cleanups at Capitol Lakes with crews of volunteers. Sitting at the backdoor of the State Capitol building, the lakes are a major watershed for the parish. And they are inundated with litter.

"Results are in for our 6-month litter study done by the volunteers at Capitol Lakes," Constantin reported. "We figure 16 55-gallon barrels a month of litter are directed into Capitol Lakes by the city's storm drainage canals. The 16 barrels don’t reflect litter that sinks to the lake bottom that we can’t capture. While the 16 barrels is a shocking number, that number would be higher were we able to pick up everything."

She said intercepting litter before it enters a wetland can alleviate much of the problem, something cities in Florida have been tackling for the past several decades.

"But it has to be funded," Constantin said. "The good equipment can range from $150,000 to $600,000, according to public works people in Pensacola, where they were just recognized for installing a litter-trapping device that will not only catch litter, but spin the water, removing some pollutants, and put the water back much cleaner than when it arrived."

Pensacola has about 150 pieces of equipment in place to stop litter from getting into waterways, she said, and about 300 Florida cities now charge residents a storm water utility fee to buy such equipment.

"The volume of litter now sitting in our watersheds is way beyond what the Girl Scouts can pick up," Constantin said. "Our grandfather's litter was not toxic; this stuff is toxic. And we are eating and drinking plastics from our food and water supply."

Constantin said she hopes to meet with city officials soon to discuss more efficient ways to handle the much-needed periodic clean ups rather than relying on volunteers.

The litter comes from various sources.

There's the blatant tossing of garbage from a car window. Gwen Emick, executive director of Keep Baton Rouge Beautiful, said research has shown that “over half of all the litter we see is being thrown out of cars on the interstate.”

Constantin urged residents to tie garbage bags tightly before placing them in the garbage can to avoid debris spilling out when cans are emptied by sanitation trucks. That litter that flutters out into the street ends up in storm drains.

“There’s a lot we can do to change our behavior to combat the litter problem,” she said.

Several events had to be postponed this spring, but a Baton Rouge Beach Sweep is still on the calendar for Sept. 15. Check kbrb.org for updates.

“We are lucky in East Baton Rouge Parish to have a city recycling program where bins are delivered and picked up at your house,” Emick said.

If you don't have a recycling bin, call 311 to request one, she said.

The Keep Louisiana Beautiful website lists 21 activities to help incorporate eco-friendly habits in your home and life to better the community. These range from bringing reusable bags to the grocery store, planting a fruit tree or vegetable garden to starting a composting bin.

For children, “Rocksey’s Toolbox” has kindergarten through fifth grade environmental education lessons to teach about environmental issues that face Louisiana, such as litter, pollution, recycling and protecting our waterways. The link has lesson plans and activity sheets.