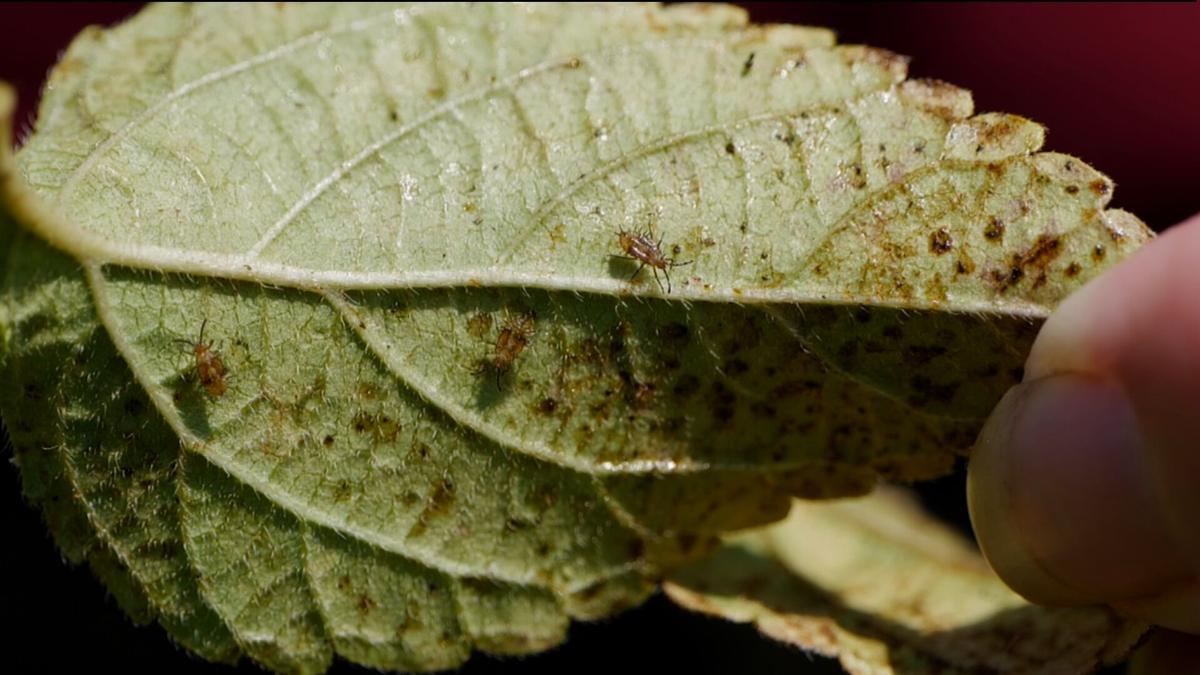 Lace bugs, found on the underside of leaves, may be attacking you lantana, verbena and rhododendrons right now. 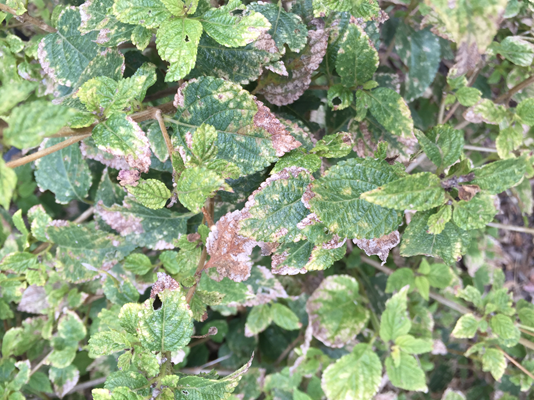 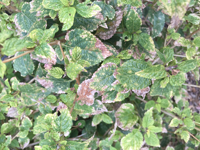 A lace bug infestation can affect a plant's growth and stop it from producing flowers.

Lace bugs, found on the underside of leaves, may be attacking you lantana, verbena and rhododendrons right now.

A lace bug infestation can affect a plant's growth and stop it from producing flowers.

Does your lantana have yellowed leaves or brown spots? Is it pale and sickly looking with no flowers? The likely culprit is lace bugs.

These bugs are the most common insects found on lantana as well as azaleas, rhododendrons and verbena.

And they're hitting peak population now as the temperature reaches 90 degrees and above.

Several species of lace bugs cause damage to plants, mainly ornamental shrubs and perennials. The adults lay eggs on the underside of the leaf along the midrib where they are secured with a brown, sticky substance that’s easily noticed when a plant is heavily infested. Lace bugs also feed on buds, so if your plant is not blooming, that's another sign of infestation.

Although the attack is on the underside of the leaf, damage is first visible on the top side, which becomes covered with white, yellow and brown mottling. Heavy infestations can cause the leaves to turn completely yellow then become brown at the tip, moving inward before the leaf eventually dies and falls off.

These insects are called lace bugs because the adult insects have thin, lacy wings on a rectangular brown-to-black body. They are tiny, at about ⅛- to ¼-inch long. The immature lace bug is black with small spines and does not have wings.

Most of these plants typically hold up and survive most pests. However, you may need to intervene if they become infested and affect the vigor of the plants.

In addition to lace bugs, these plants can also be attacked by mites, aphids, white flies and mealy bugs, which cause damage by sucking sap from the plant tissue. They excrete a honeydew that accumulates on the leaves and stems of the plant. Black fungus called sooty mold then feeds and grows on the excrement. Sooty mold is ugly, and it affects plant growth and vigor by reducing photosynthesis.

Spider mites are another pest that exert the most damage during the hottest, driest time of summer from July through September.

The best way to control pests is by keeping an eye on your plants and attacking any problems early. Firs, properly identify the pest, then use control practices most effective against that specific insect and are the least harmful to the environment and to beneficial insects, such as bees and butterflies.

You can also spray the underside of leaves with a hard jet of water from a garden hose, dislodging adult bugs and possibly killing the immature ones.

Chemical controls include insecticidal soap, horticultural oil and neem oil. Directly spray the underside of the leaves for best coverage. Systemic insecticides with active ingredients such as acephate or imidacloprid provide the best control and are used as drenches for the roots that are then transferred throughout the plant. Before using any pesticide, be sure to read and follow label instructions.

Check plants again in two weeks to see if a second treatment is needed. Once the pests are gone, the plant will begin new growth and blooms should return.

July can be a tough month for plants because of the heat, high humidity and increased chances for disease and insect damage.