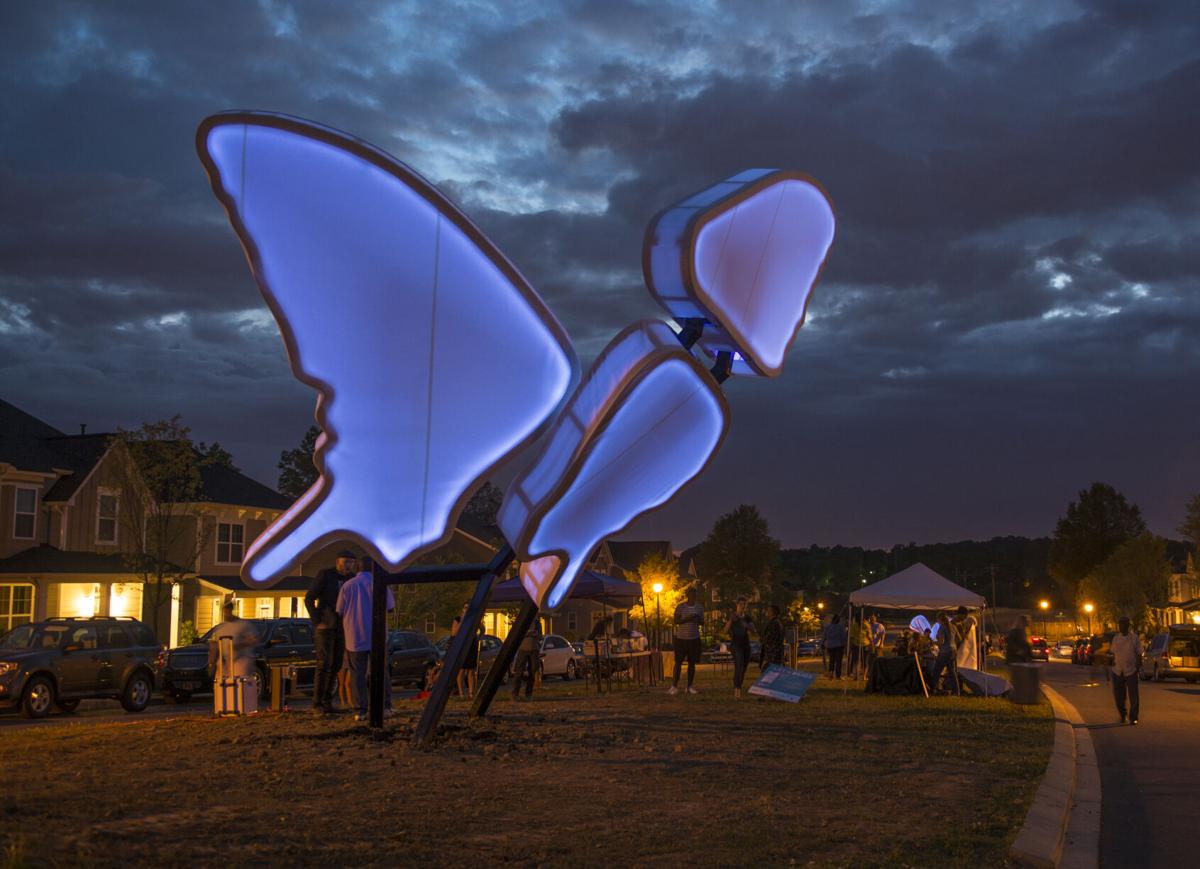 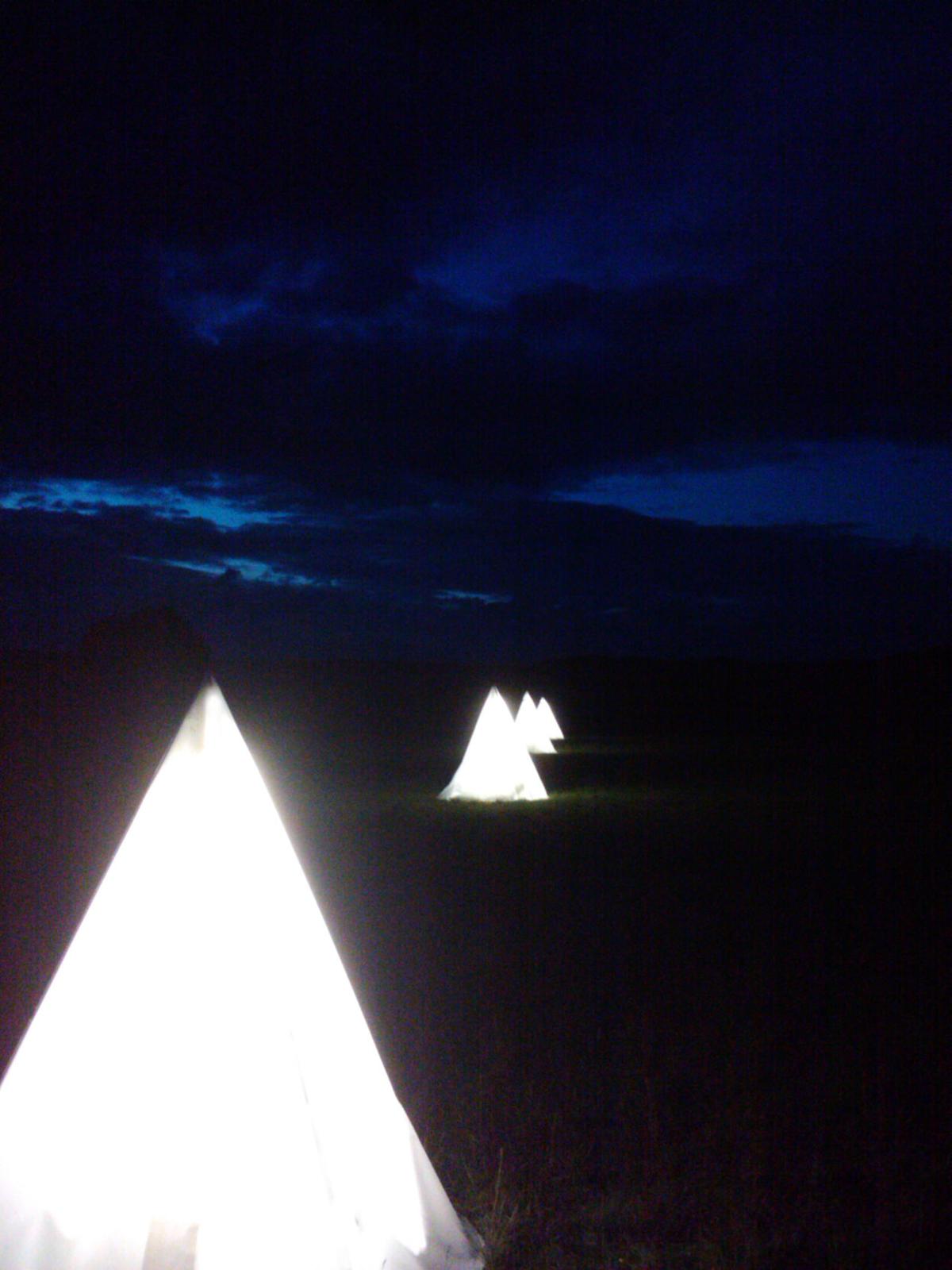 In Germany, Brandon Ballengee created these Love Motels for insects. The ultraviolet light attracts insects, while the beautiful sculptures attract people, who in turn study the bugs. 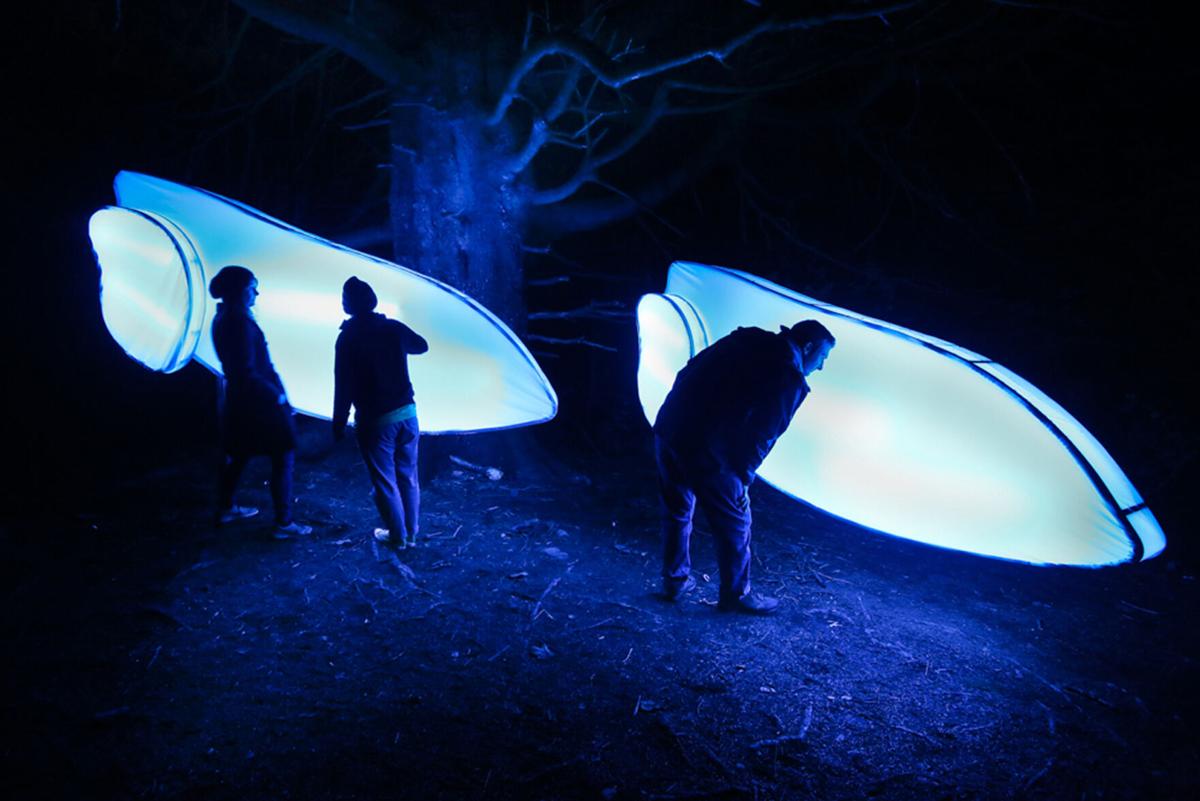 Visitors check out the insects at Brandon Ballengee's Love Motel for Insect in the United Kingdom in 2015.

In Germany, Brandon Ballengee created these Love Motels for insects. The ultraviolet light attracts insects, while the beautiful sculptures attract people, who in turn study the bugs.

Visitors check out the insects at Brandon Ballengee's Love Motel for Insect in the United Kingdom in 2015.

Brandon Ballengee wants to enlighten you about bugs.

As an artist and biologist, Ballengee uses his skills to create what he calls “Love Motels” for insects, which have brought bugs and people together around the world.

Ballengee explained that insects and arthropods see a much larger range of ultraviolet light than people, so putting UV lights on a white background, “it’s like creating a full moon event for them.”

The outdoor sculptures glow in the dark, attracting insects and people, “making this a kind of trans-species public art,” he said.

The idea, Ballengee said, is to bring awareness to climate change and to the disturbing reports of extensive declines in insect numbers and diversity, which could have serious consequences for us and the planet.

“Since 70% of our global food production requires pollination and decomposition of soil for nutrients, a world without bugs would mean a world without chocolate or beer,” he said, adding, “insects are disappearing at alarming rates. We are in the middle of mass extinction event."

The plight of insects has been explored in numerous publications, most recently in the May issue of National Geographic. And, while most people love butterflies and dragonflies, they ignore other insects or just plain hate them (we're looking at you mosquitoes). But all insects, like them or not, have crucial roles in our food production, waste decomposition, pest control and enriching soil.

Ballengee has erected his sculptures around the world, from the National Zoo in Washington, D.C., to New York's Central Park to a monastery in The Netherlands, to Germany, the United Kingdom, Scotland, India, Mexico, England and South Korea.

Closer to home, Ballengee builds his light sculpture at Atelier de la Nature, a nature preserve and education center in Arnaudville, which he and his wife, Aurore, opened to inspire people to take care of nature in their own communities.

The couple and their children, Victor and Lily, came to Louisiana in 2016 from New York.

“This region is one of the most biologically rich areas in the U.S.” said Ballengee, a postdoctoral researcher at the LSU Museum of Science.

The family began restoring the soybean fields on the property by planting trees and recreating a Cajun Prairie, a hardwood wetland habitat, and nature trails.

“It’s incredible how much life has come back to the property,” he said.

It has offered summer camps and family-friendly nature programs, and last year hosted an Art and Nature Festival.

Visits are by appointment only, by emailing info@atelierdelanature.org or leaving a voicemail at (337) 761-6335.

Ballengee encourages everyone to help collect data on wildlife, monitor wetlands and learn more about the ecology and biodiversity of the place where they live.

Creating a Love Motel in your backyard is easy, he said. Just hang a white bed sheet outdoors and attach a UV black light, which can be found at any hardware store.

“I find that 20 minutes after sunset, as soon as it’s dusk, is when they start to appear,” Ballengee said.

He encourages participants to upload insect photos onto iNaturalist, a free app that helps citizen scientists identify all types of plants and wildlife, including insects. Every observation contributes to biodiversity science by providing data to scientists.

“The amount of diversity we see on the sheets here is incredible,” he said. “As an environmental advocate, I want my art and science to get other folks thrilled about the diversity of life on this tiny wonderful planet. Each of us as individuals has an impact and can make a difference in our global environment.”