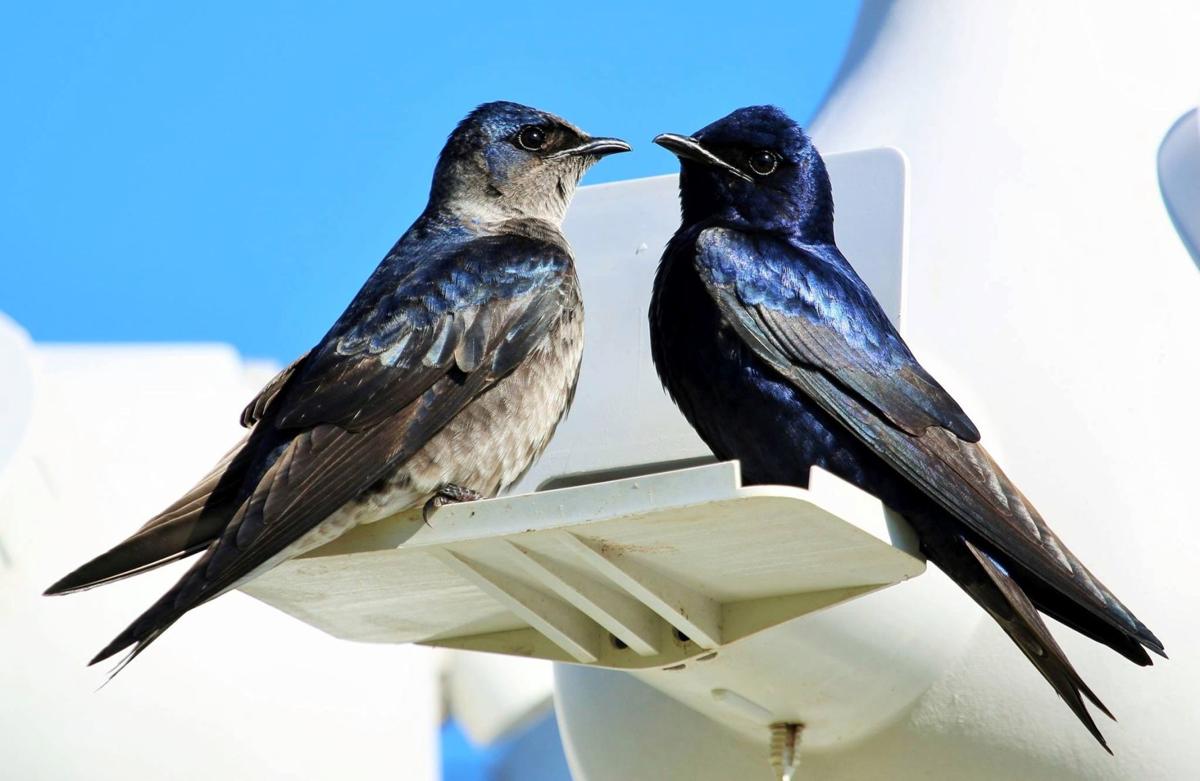 Purple martins are coming, and they need us to get their houses ready. 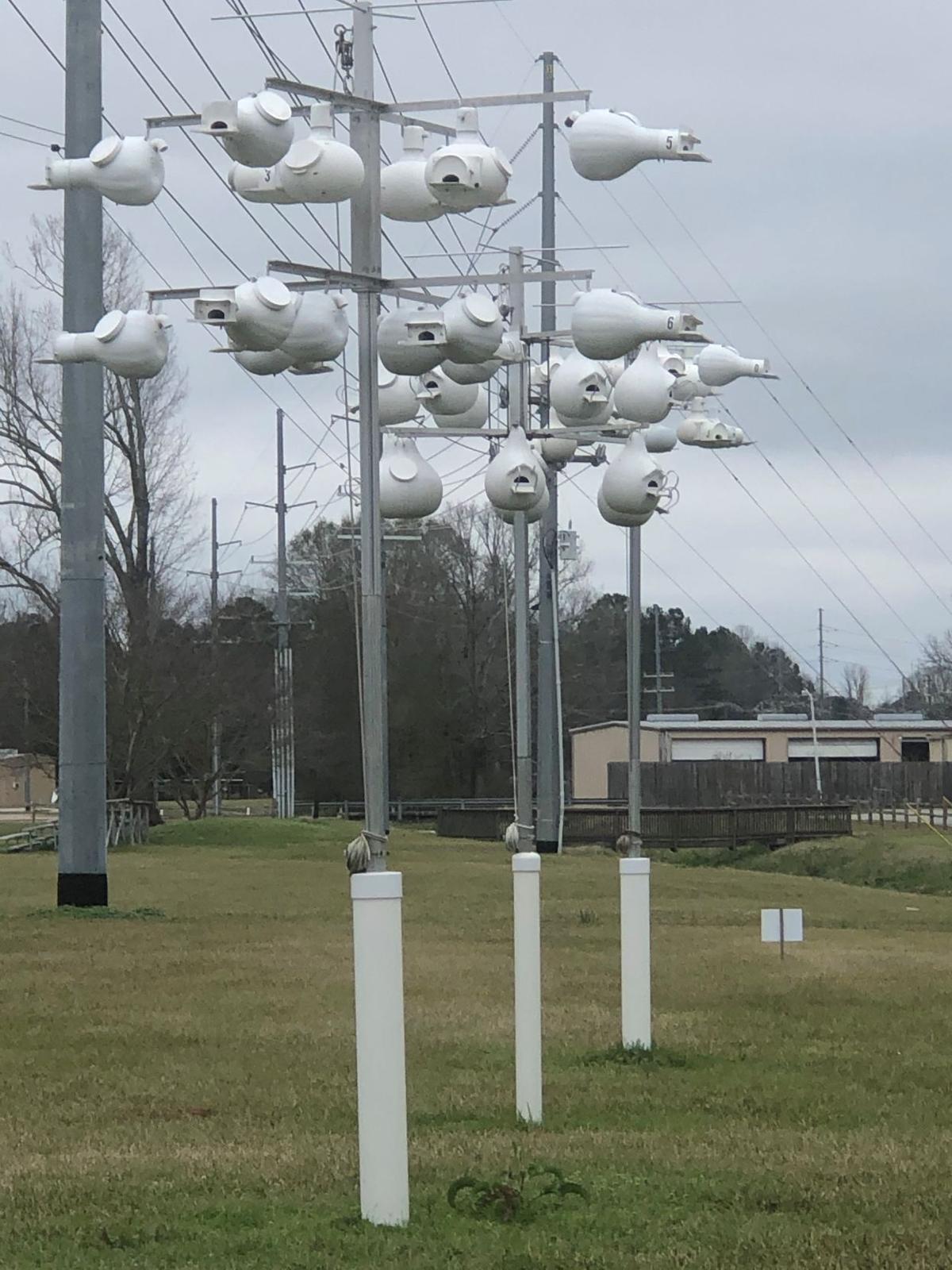 Check out the comings and goings of purple martins at the colony set up by Krista Adams and her family at North Park on Eden Church Road in Denham Springs.

Purple martins are coming, and they need us to get their houses ready.

Check out the comings and goings of purple martins at the colony set up by Krista Adams and her family at North Park on Eden Church Road in Denham Springs.

Editor's note: This is an occasional series from the Louisiana Master Naturalists of Greater Baton Rouge.

Landlords, it's time to get the houses ready for the purple martins making their way here.

These birds depend on us for their nesting spots.

Purple martins, the largest swallows in North America, became acclimated to the dried gourds hung by Native Americans and handcrafted birdhouses designed by European colonists. The prevalence of these ready-made houses, coupled with the decline of natural cavities, has changed the behavior of the species. Now, only man-made will do for their nests.

Purple martins are striking. Males have dark, glossy blue-black feathers while females and immature birds are duller on top and grayish below.

Krista Adams, a Louisiana Master Naturalist and purple martin ambassador, and her family have been providing homes for purple martins for almost 20 years.

Four years ago, her family set up a purple martin colony at North Park, at the corner of Eden Church and Lockhart roads in Denham Springs, where anyone can stroll on paths and watch the birds dart in and out of their nesting gourds and houses to the ponds diving for insects. Last year, the Adams family set out 50 gourds in the park, which attracted 48 nesting couples.

“The growth has been phenomenal,” Adams said.

Like many people, Adams became enthralled with purple martins as a child when she would watch them with her grandfather at his camp in Grand Isle. The birds are fun to watch as they are “aerial insectivores,” feeding and drinking in the air.

Purple martins do well in urban environments and aren’t skittish around humans.

Adams said it’s easy to get started as a landlord.

“The biggest thing you want to do is make sure the house is located in a nice open area away from trees and not too close to your house,” she said.

Purple martins nest in colonies, so six to eight gourds set 12- to 15-feet high with plenty of open space around them is a good start.

Ryan Periou, manager of Wild Birds Unlimited, said he recommends using some type of pole guard to ensure predators, such as snakes, won’t steal eggs. And, the house should also be made resistant to sparrows and starlings.

It's also good to configure the houses with a winch or pulley system to offer protection and a way to clean and check on the nests.

“This is a hobby that can be passed down from generation to generation," Adams said. "There is so much to know about these birds that depend on us. It brings enjoyment to the typical backyard as families watch these birds nest and raise their young.”

Adams has been helping local schools set up sites on their campuses. She’ll be hosting the Purple Martin and Garden Festival at North Park at 9 a.m. May 9. You can find details at pardsla.com.

For more information on the care of purple martins, visit the Purple Martin Conservation Association at purplemartin.org or email Adams at louisianapurplemartins@gmail.com.