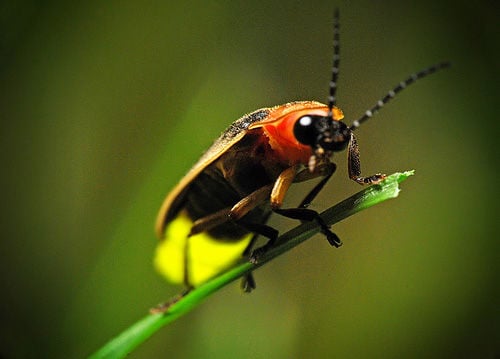 Fireflies are actually beetles that light up using a chemical reaction. 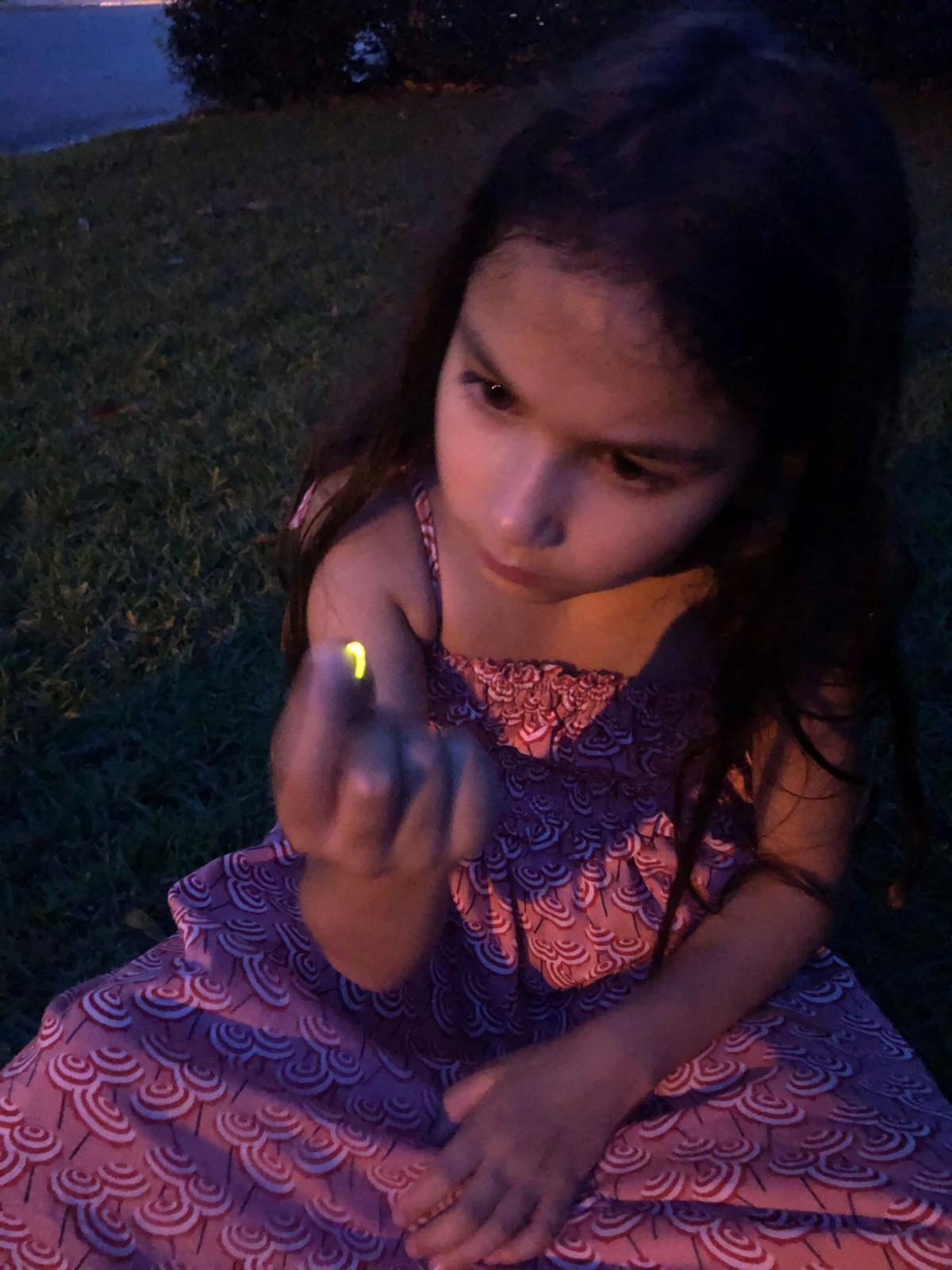 Giuliana Rao, 7, gently grasps a firefly in her backyard to see its blinking light. 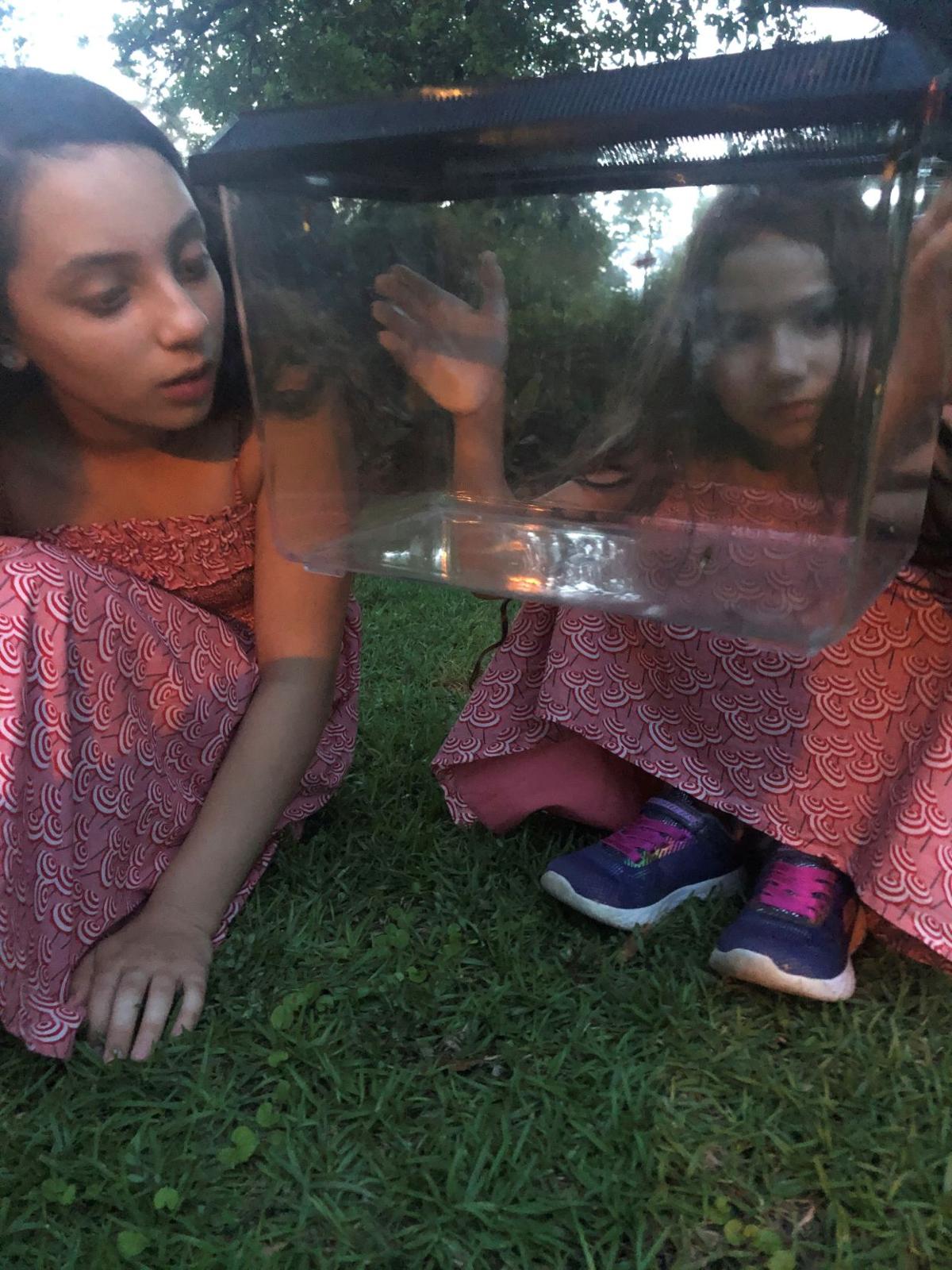 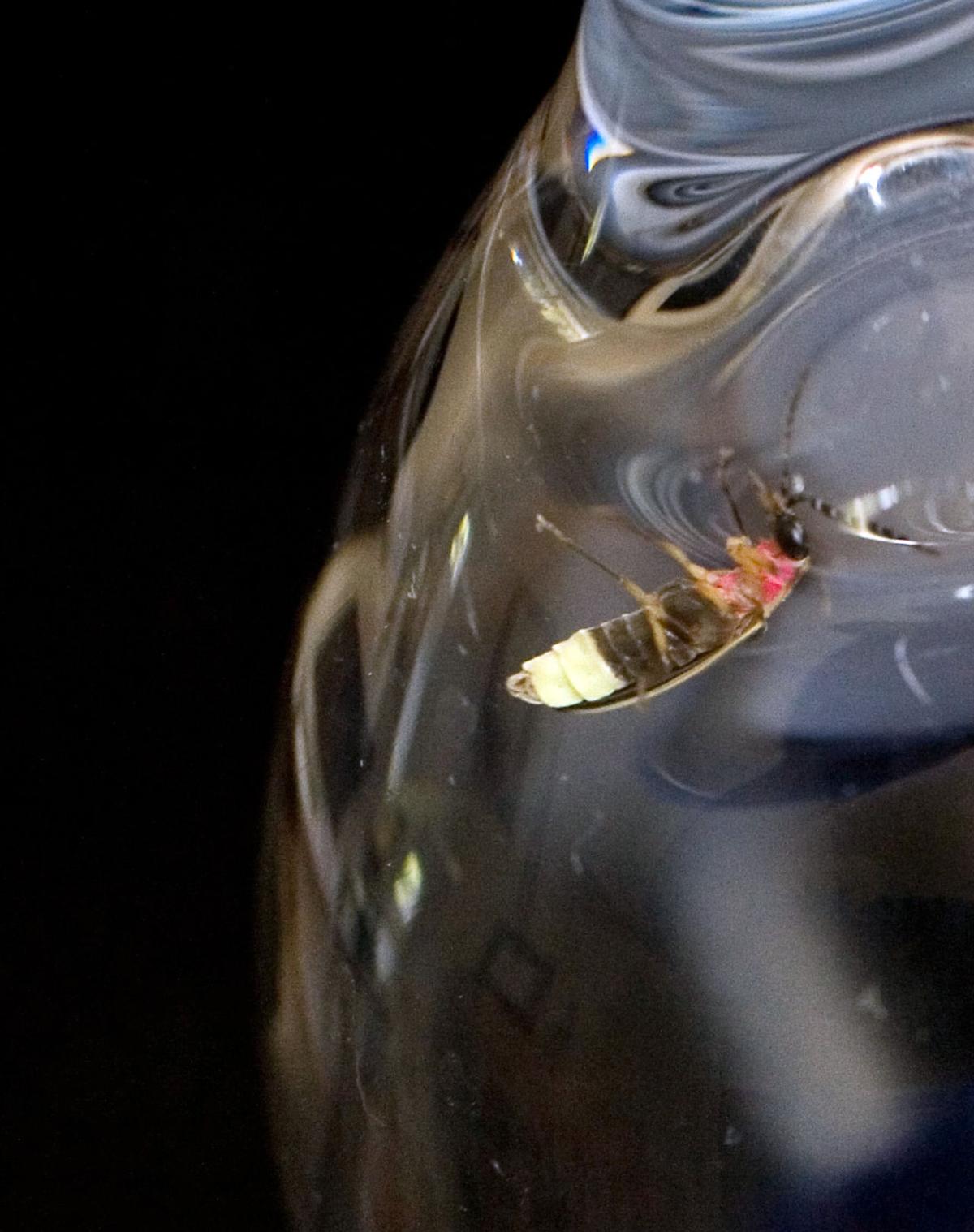 Catch a firefly with a net then gently place it in a jar to watch it up close.

Fireflies are actually beetles that light up using a chemical reaction.

Giuliana Rao, 7, gently grasps a firefly in her backyard to see its blinking light.

Catch a firefly with a net then gently place it in a jar to watch it up close.

Despite their name, fireflies are neither on fire or flies.

But chasing them on a summer night might be one of the sweetest of childhood memories.

“I haven’t seen these in Louisiana since I was a little girl,” said Rao. “It is truly a gift coming back to me from childhood.”

So if they're not flies and not on fire, what, exactly, are fireflies?

They are beetles, says Firefly Watch, that light up using a chemical reaction. It's called bioluminescence.

Some fireflies, also called lightning bugs, light up in a specific blinking pattern, like a secret code that they use to “talk” with other fireflies to find mates.

You can catch fireflies in a jar to check out their bioluminescence up close.

To avoid harming a firefly, collect it with a net. Then, gently place it in a jar containing a moist paper towel for humidity.

After you’ve given it a good look, let your fireflies go where you found them. If you handle fireflies, make sure you don’t have any insect repellent on your hands, and wash your hands carefully when you’re done.

While scientists have learned a lot about the more than 2,000 species of fireflies around the world, their long-term population trends are still puzzling.

Firefly Watch Citizen Science Project hopes to learn more with its reporting program, where individuals around the world count the insects.

You can be a part of this scientific experience.

Just spend 10 minutes once a week during firefly season, February through August, counting fireflies in one location, such as your backyard or in a nearby field.

Report your findings to Firefly Watch at massaudubon.org/get-involved/citizen-science/firefly-watch, a project of Mass (Massachusetts) Audubon, which has teamed up with researchers from Tufts University to track the fate of these illuminating insects.

The goal of the project is to find out if firefly populations are growing or shrinking, and what could lead to changes in their populations. Also, the project will help determine the geographic distribution of fireflies, and what environmental factors impact their abundance.

All firefly sightings are valuable.

Charles Allen, a botanist and retired professor, became a participant in Firefly Watch in 2009, a year after its inception.

“As a botanist, it’s a natural progression to study insects that inhabit plants,” he said.

Allen hosts classes for Louisiana Master Naturalists on his property in Pitkin, where firefly counts are taken and submitted to the Firefly Watch database.

Fireflies can be spotted in the early evening as the sun goes down.

“A lot of people say they don’t see fireflies much anymore, but it may be because there is too much light in urban areas for them to be seen,” he said.

Fireflies prefer wooded areas over grassy yards, and their larvae can spend up to two years in leaf litter, he said.

“They like moisture, so if we have a wet summer, they stick around,” Allen said.

Adults may live only a couple of weeks, and most do not eat during this time. They mate, lay eggs and die.